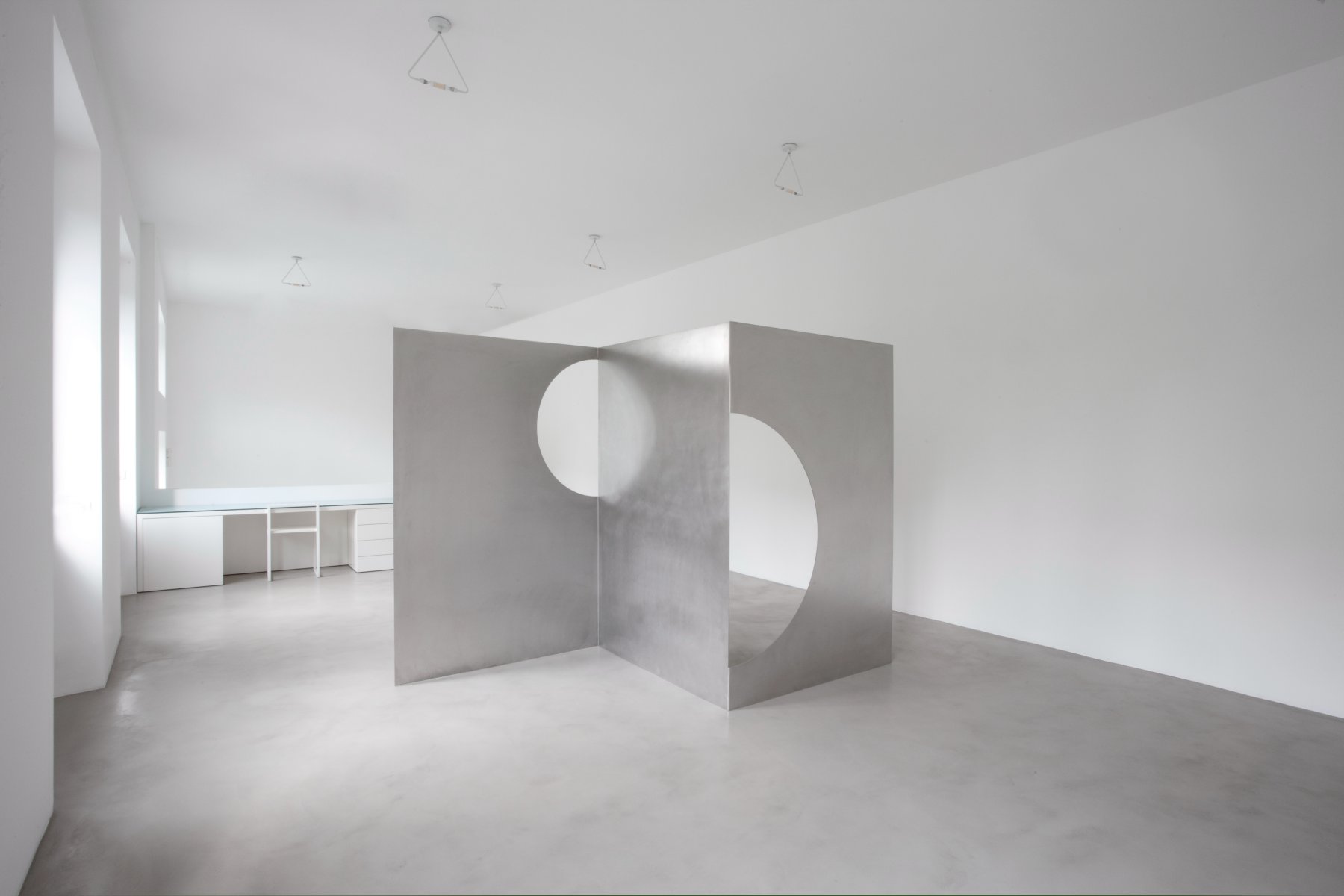 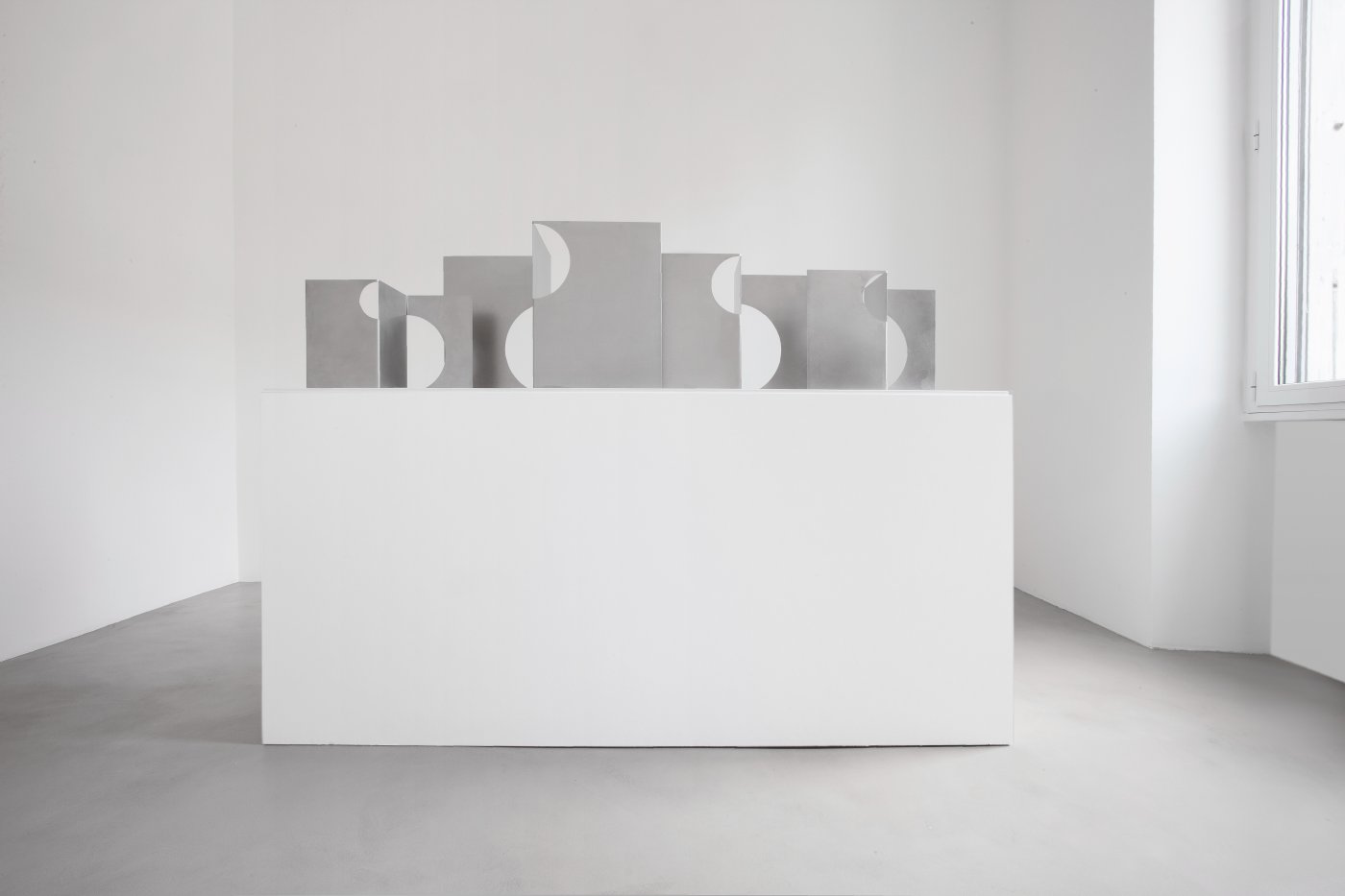 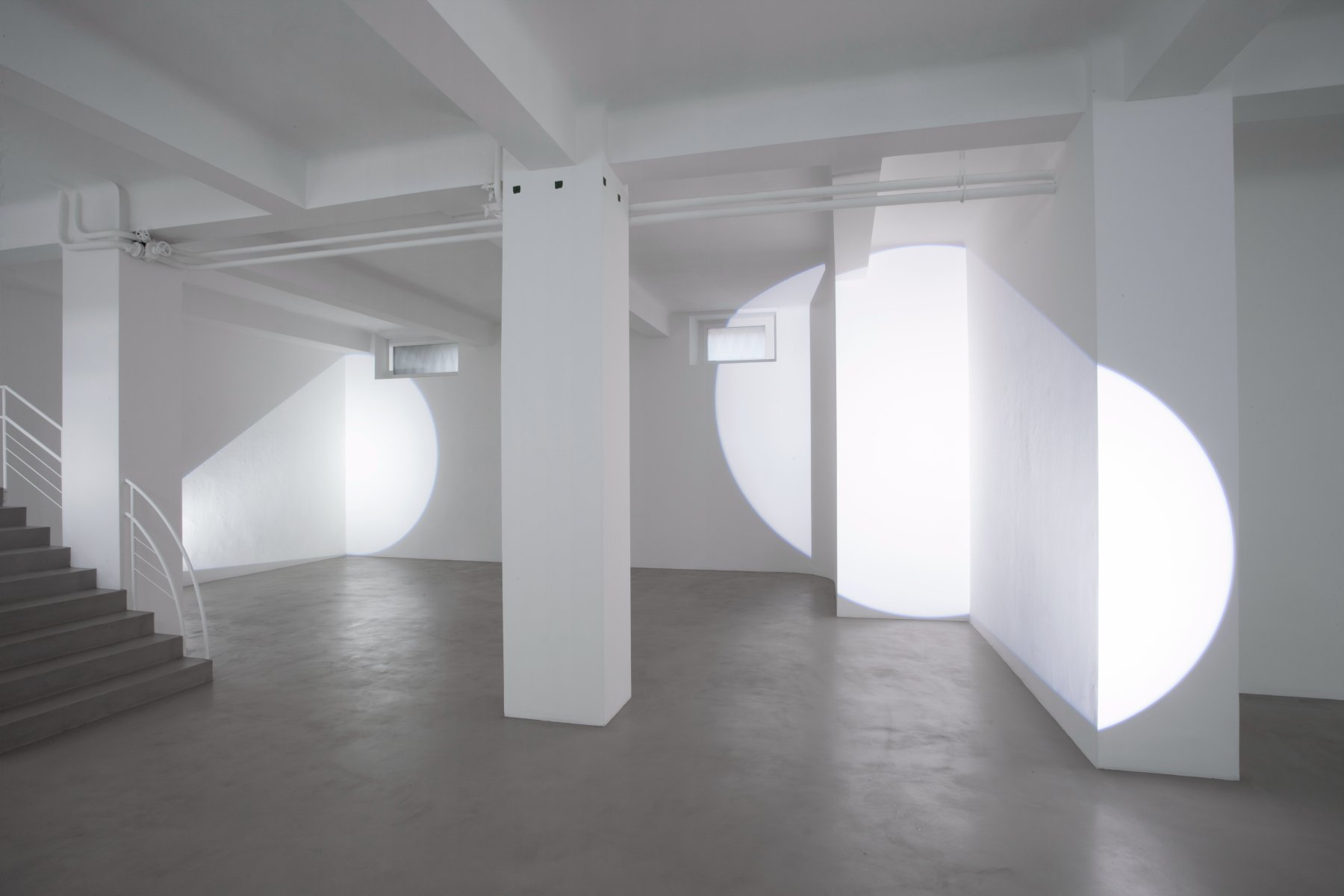 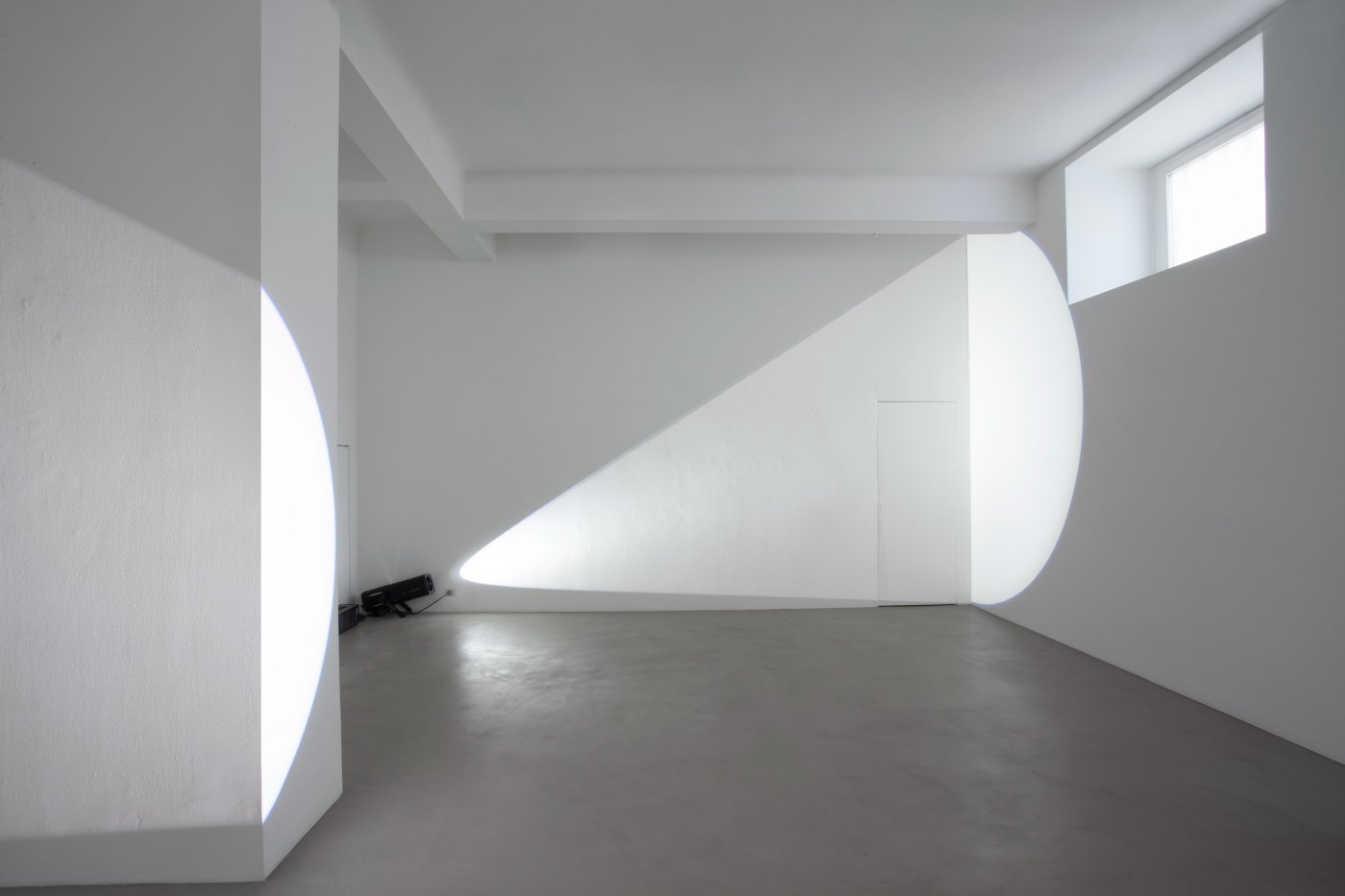 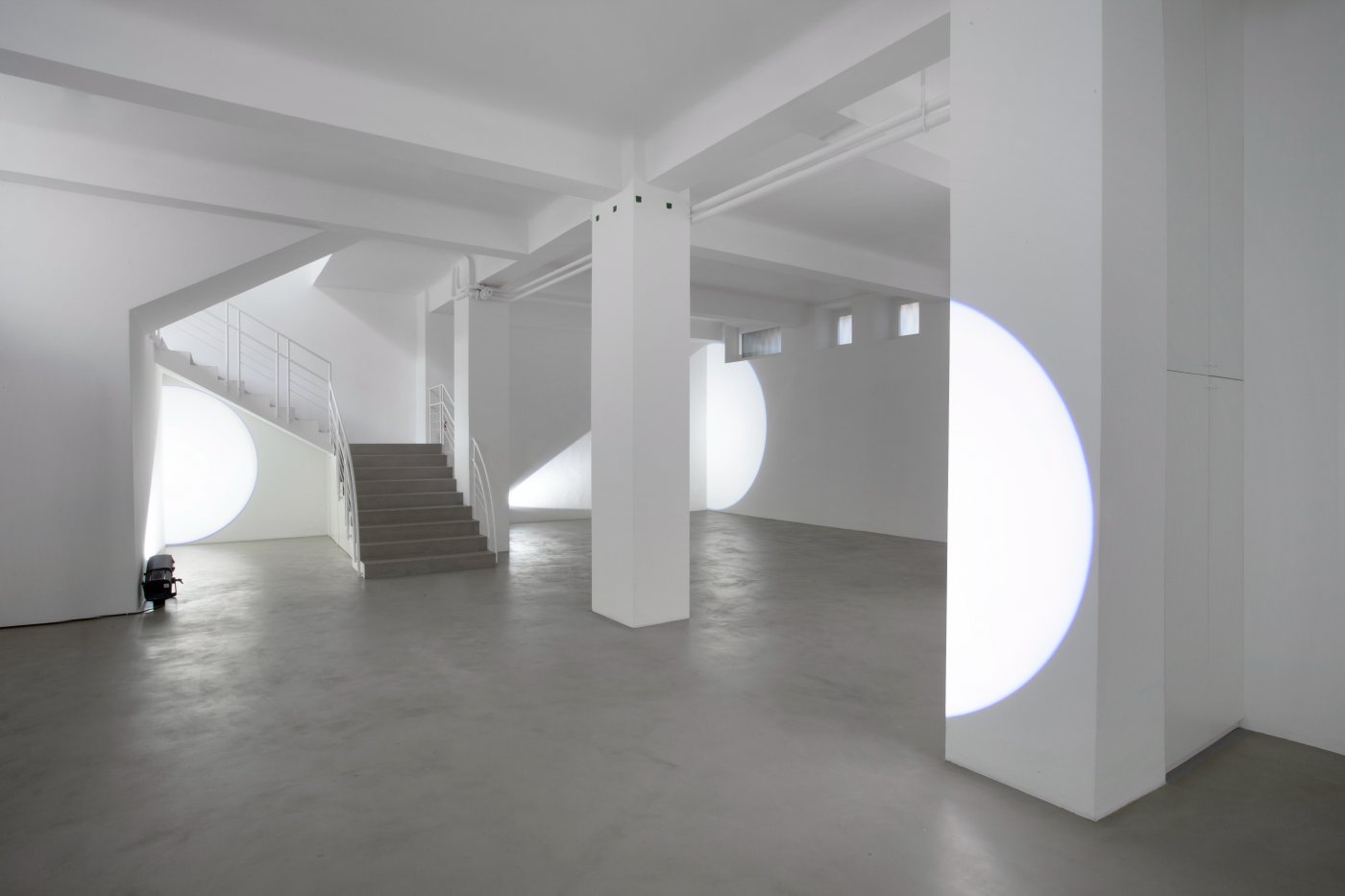 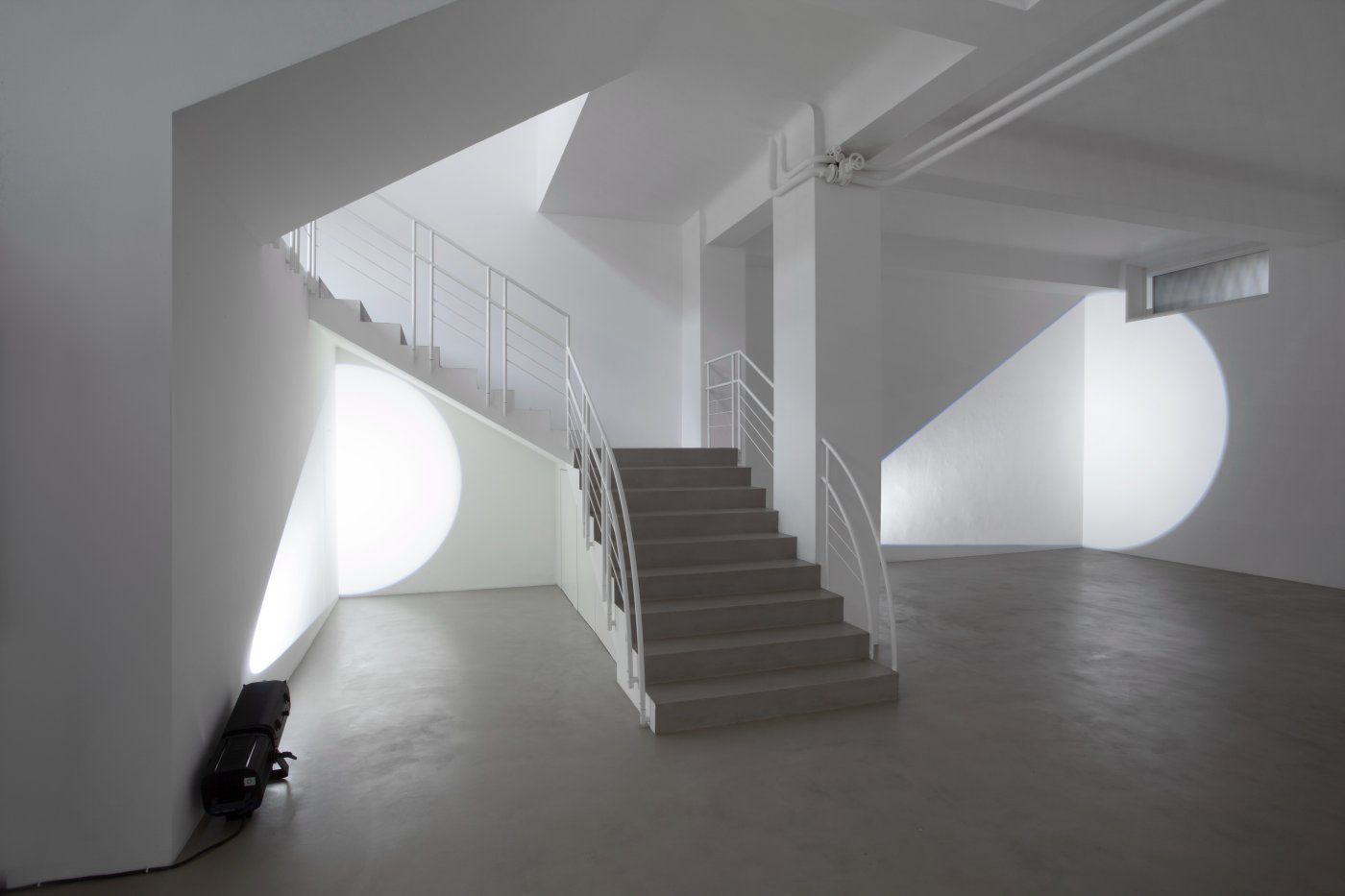 Since 1983, Michel Verjux has conceived his art in the form of luminous works but here, in this exhibition, he uses new terms to investigate the concepts of void, place and space.
For the first time, the French artist is showing sculptures made with folded sheets of stainless steel with semi-circular slits. In these works he shows how “the fact that the «void», the «place» or the «space» is «necessary» for an object or body, for its very existence and for its position and movement.”
A large work, Découper/plier, à hauteur d’homme, will be on display at the centre of the first room on the upper floor, while small sculptures and works on paper will be shown in the following rooms.

Éclairages, light projections, will be on the lower floor, in a way that makes them interact with the gallery spaces. Michel Verjux works on the act of seeing as a place of encounter with reality: in the presence of matter through light, which gives space the chance to open up to an unprecedented epiphanic presence.

“When the éclairages reveal cuts and folds in the architecture – both inside and out – and when we project fragments of light onto the lines, planes and volumes of a space, we are not just playing with solids and voids, but rather we are taking the «fact» that is «needed» for a body and we are making it perceptible, practicable and intelligible, so that the body can feel it is going through the «void» (in fact, through air), that it is inside a «place», and that it is moving within a «space».
[…] The void, the place or space, but also light (as a physical agent) or a luminous projection, may appear as intangible as a shadow or indeed as other optical phenomena […]. However, they interact with tangible phenomena such as elementary particles, objects and bodies, and even more so with these material, physical volumes that are sculptures.” (Michel Verjux)

The exhibition will be accompanied by a trilingual catalogue with a text by Michel Verjux, reproductions of the works on display, and an updated bio-bibliographic section.