Simon Lee Gallery presents a solo exhibition of new and recent works by Michelangelo Pistoletto. For his fifth exhibition at the gallery, the artist presents a series of mirror paintings that reflect on themes of captivity, isolation and restriction at a fractured moment in contemporary history. 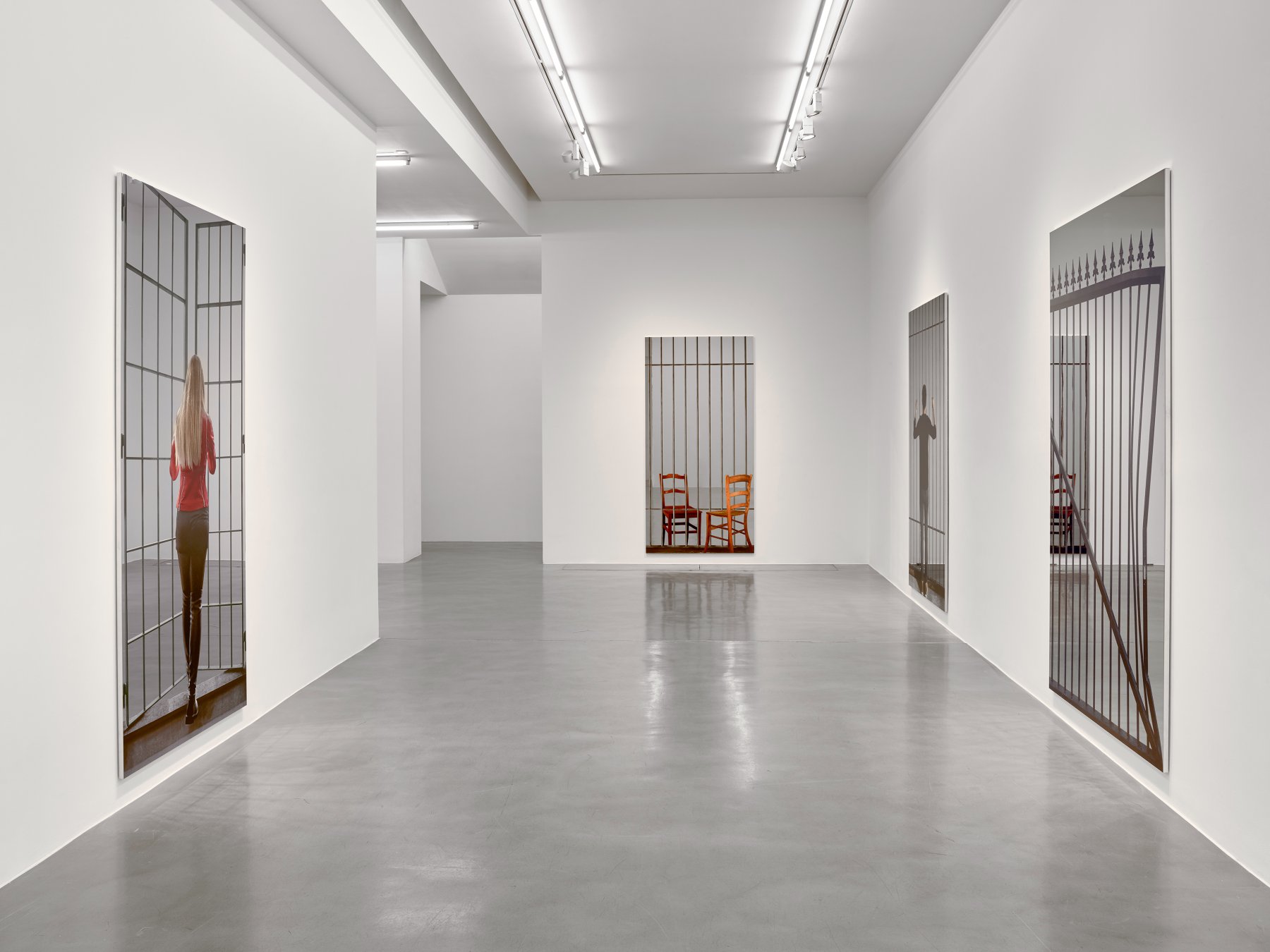 Pistoletto is widely recognised as one of the most influential contemporary artists of his generation and a central figure within the Arte Povera movement. From early in his five-decade career the mirrored surface has been an instrumental element of his practice. The artist gained prominence in Italy during the 1960s and 70s against a turbulent socio-political background characterised by unstable leadership, economic downturn and social upheaval. Amidst this tense political atmosphere, he used his art to reflect on the radical ideologies gaining currency amongst a younger generation struggling to find their place in a broken society, exploring subjects from student insurrection and incarceration to anti-government feeling and political demonstration. His mirrored surface offered the perfect vehicle to implicate agency on the behalf of the viewer, whose fleeting presence in the work vacillates between active participant and passive spectator. This critical attitude is by no means isolated in Pistoletto’s practice, which has continued to function as a zealous site for political interrogation to the present day.

Initiated in 1962, Pistoletto’s signature mirror paintings use the reflective picture plane to draw both viewer and environment into the work, thereby establishing an active relationship between artwork and spectator, while simultaneously creating a virtual space in which art and life can seamlessly interact. Depicting barred gates and brick walls, these recent mirror paintings evoke threats to freedom of movement and communication. The iconography of the cage is a recurring theme in Pistoletto’s work, first appearing in the early 1960s and reaching its apex in 1974 with Gabbia, or ‘Cage’, a series of 29 silk-screened panels of identical sections of iron bars that explored themes of detention and persecution. Just as the figures that occupy these works, the viewer is trapped or restricted, although whether they represent prisoner or guard is ambiguous. What is not up for debate regardless of political standpoint is the incrimination of the spectator in society’s struggles. For Pistoletto, art is political and as large-scale warfare returns to Europe for the first time in nearly 80 years amidst an atmosphere of disinformation and propaganda, these works take on a new and disquieting significance.

Yet despite the restrictive ideas they represent, each of these mirror paintings is imbued with a deep sense of hope and optimism for new beginnings. As we emerge from a period of lengthy isolation and separation, Pistoletto reflects on barriers and limitations to human interaction; this group of works assumes a poignant sense of longed for communion in the wake of a global pandemic. In Atto sodale two figures converse through a fence, hands interlinked around an iron bar, inspiring faith in new encounters, whilst Cancello sfasciato and Varco Rettangolare suggest new paths and opportunities against the odds.

Courtesy of the artist and Simon Lee Gallery