David Zwirner presents Hugh Steers: Blue Towel, Red Tank, curated by Russell Tovey, at the gallery’s location in Paris. The exhibition is the first dedicated to the artist’s work in Europe. 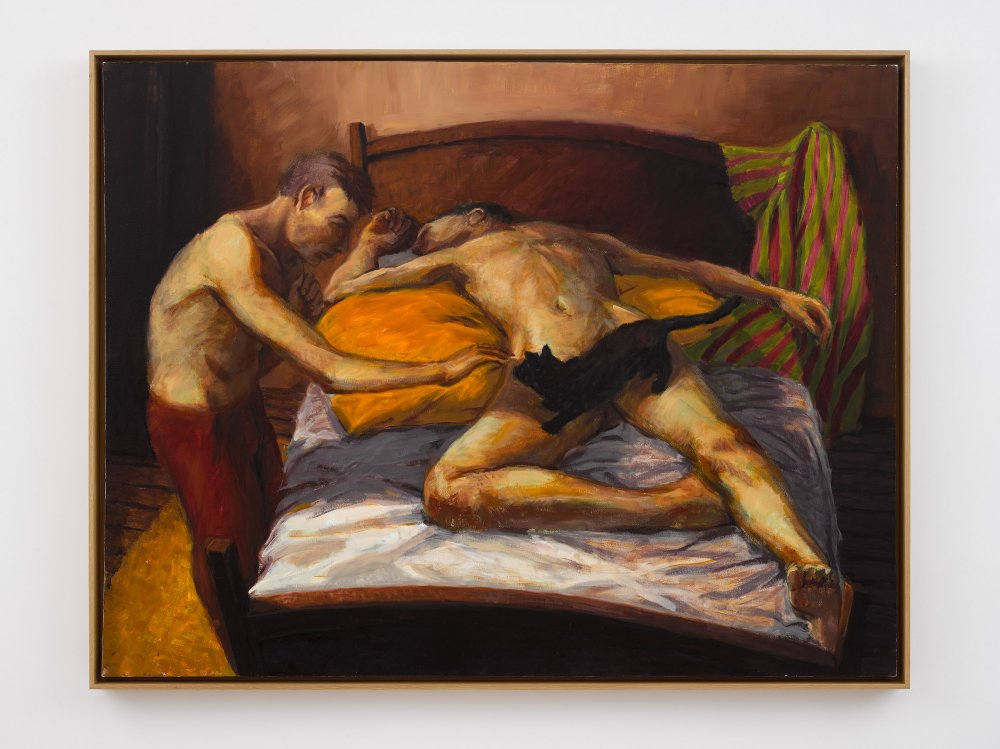 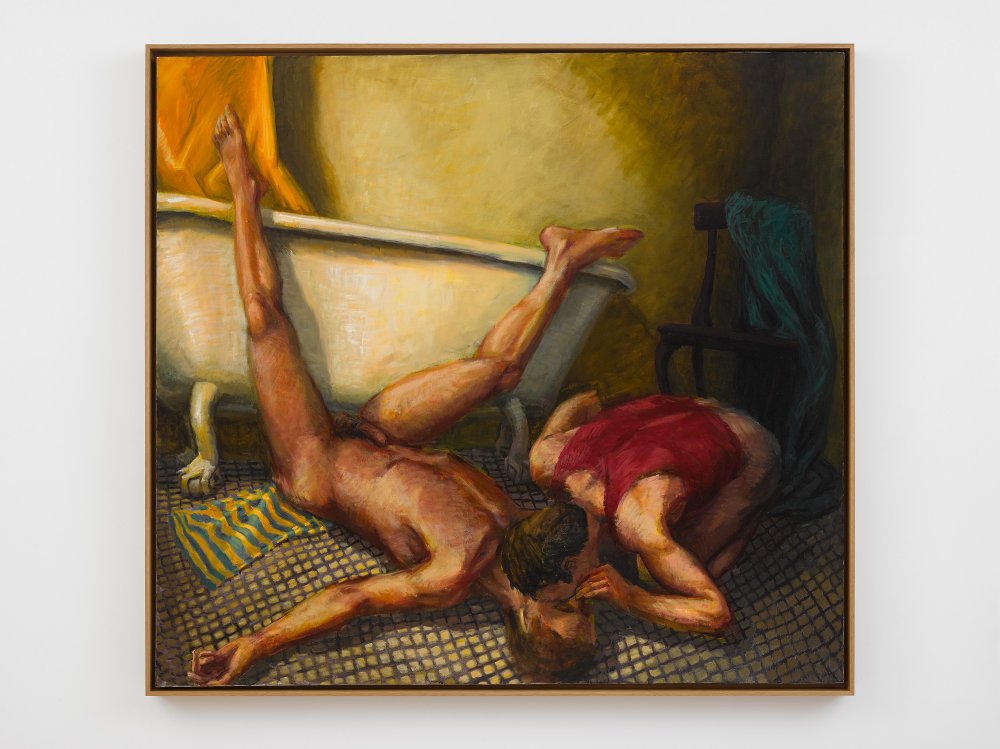 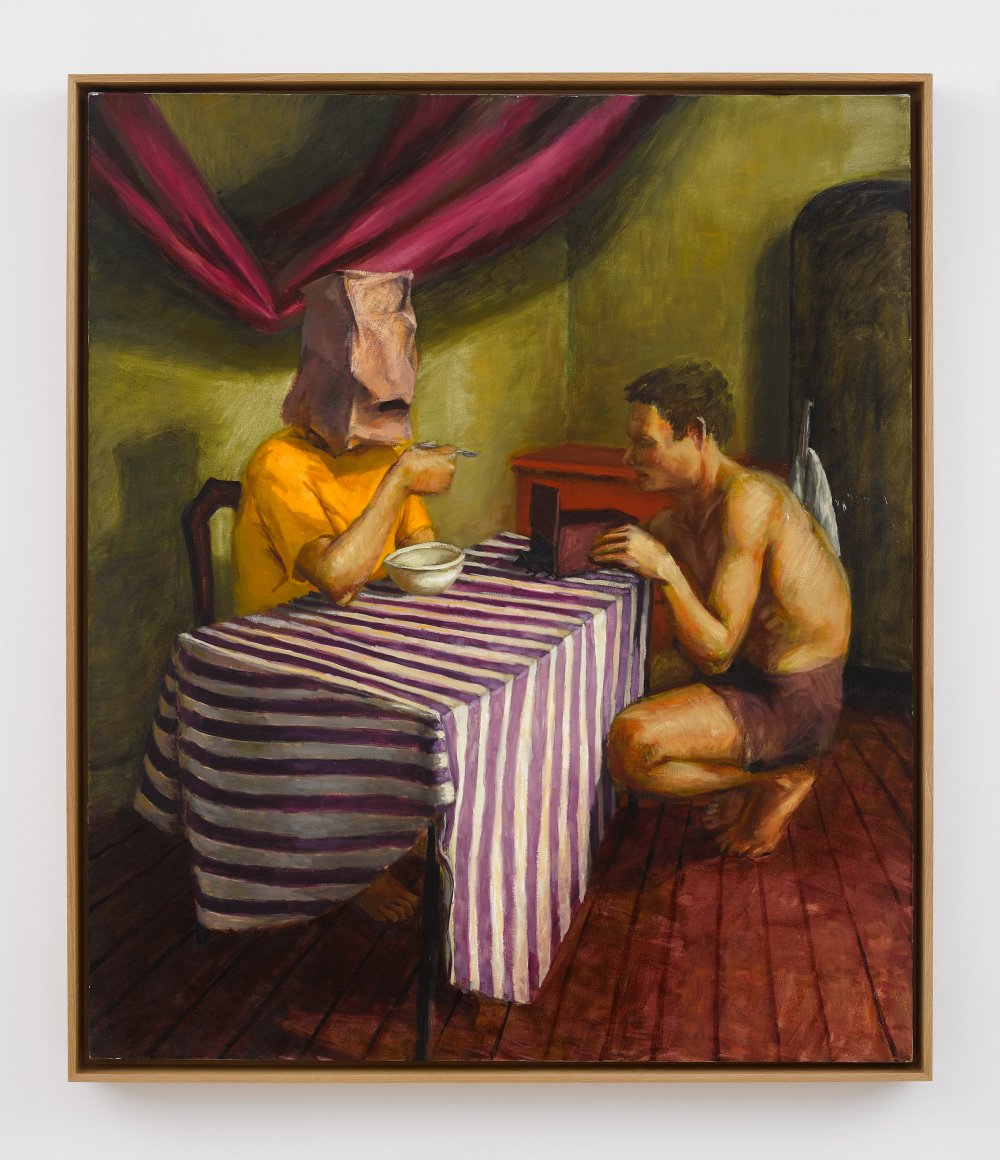 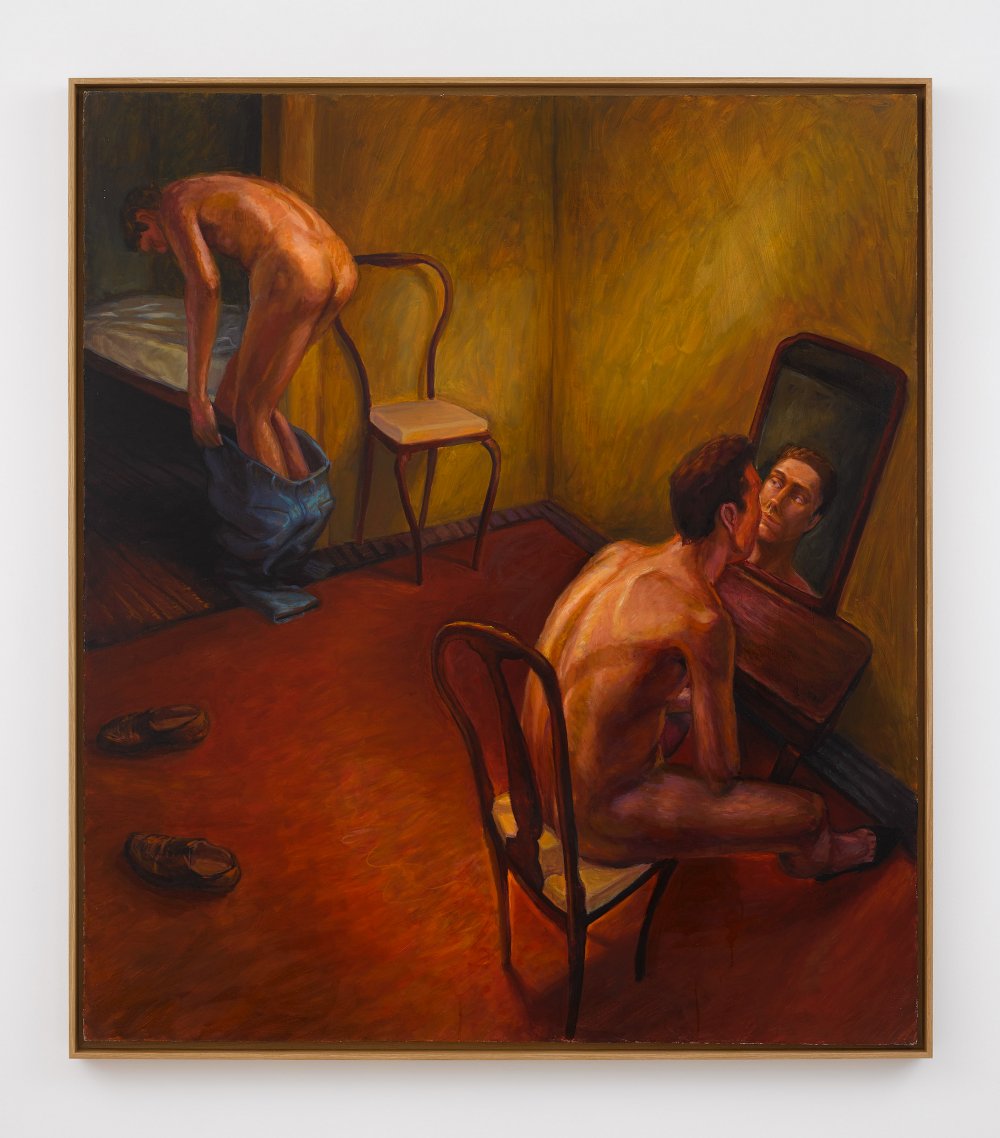 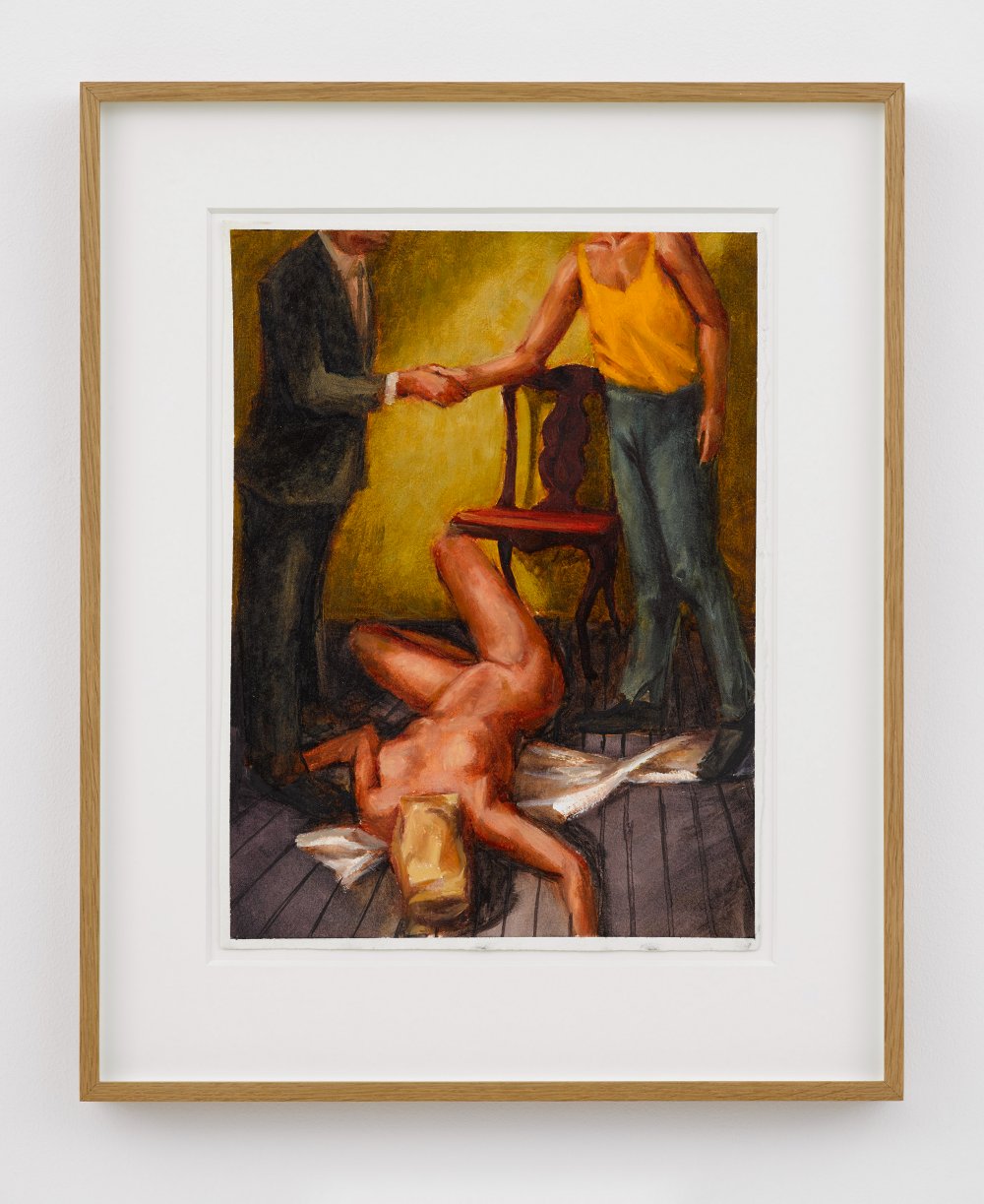 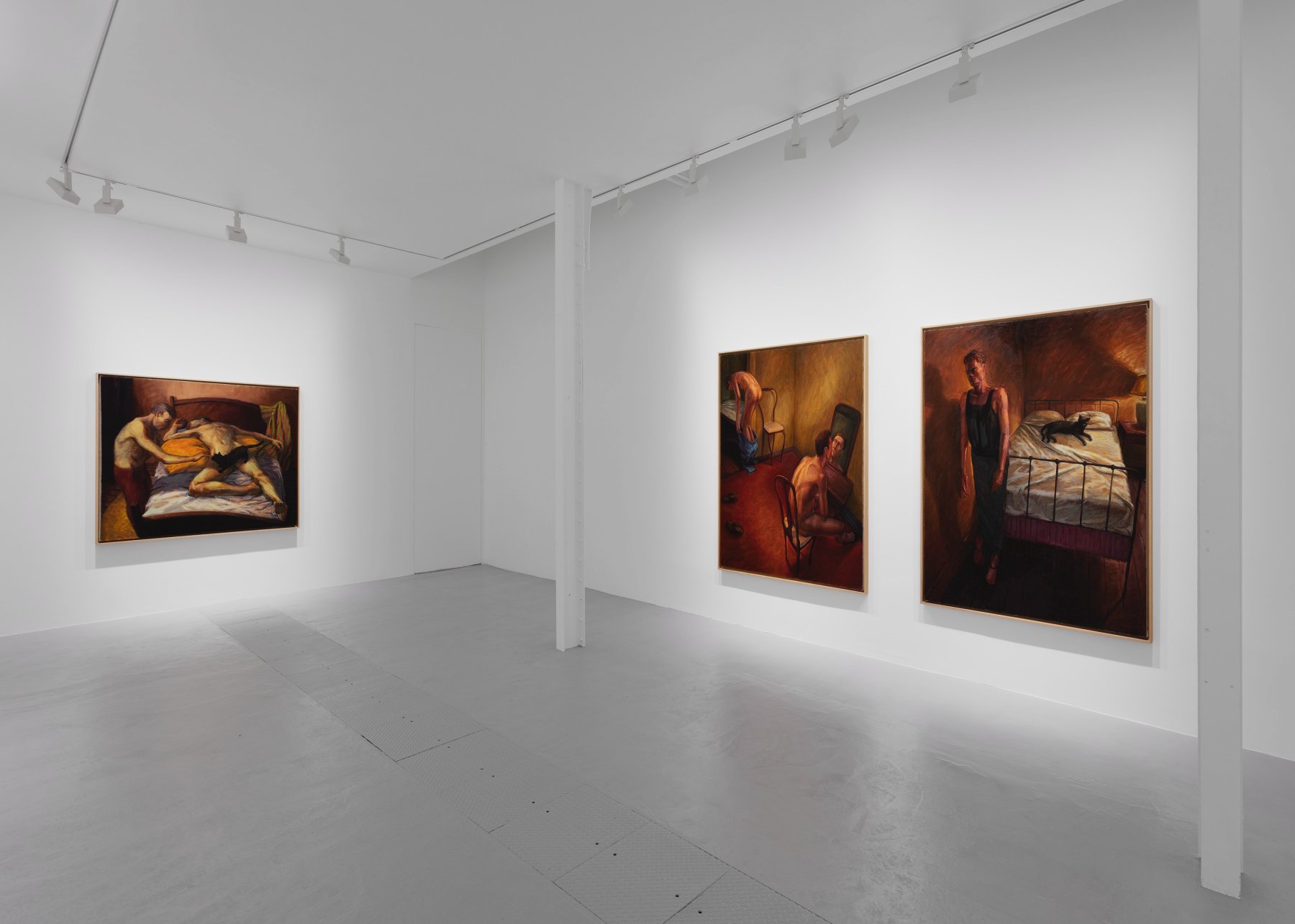 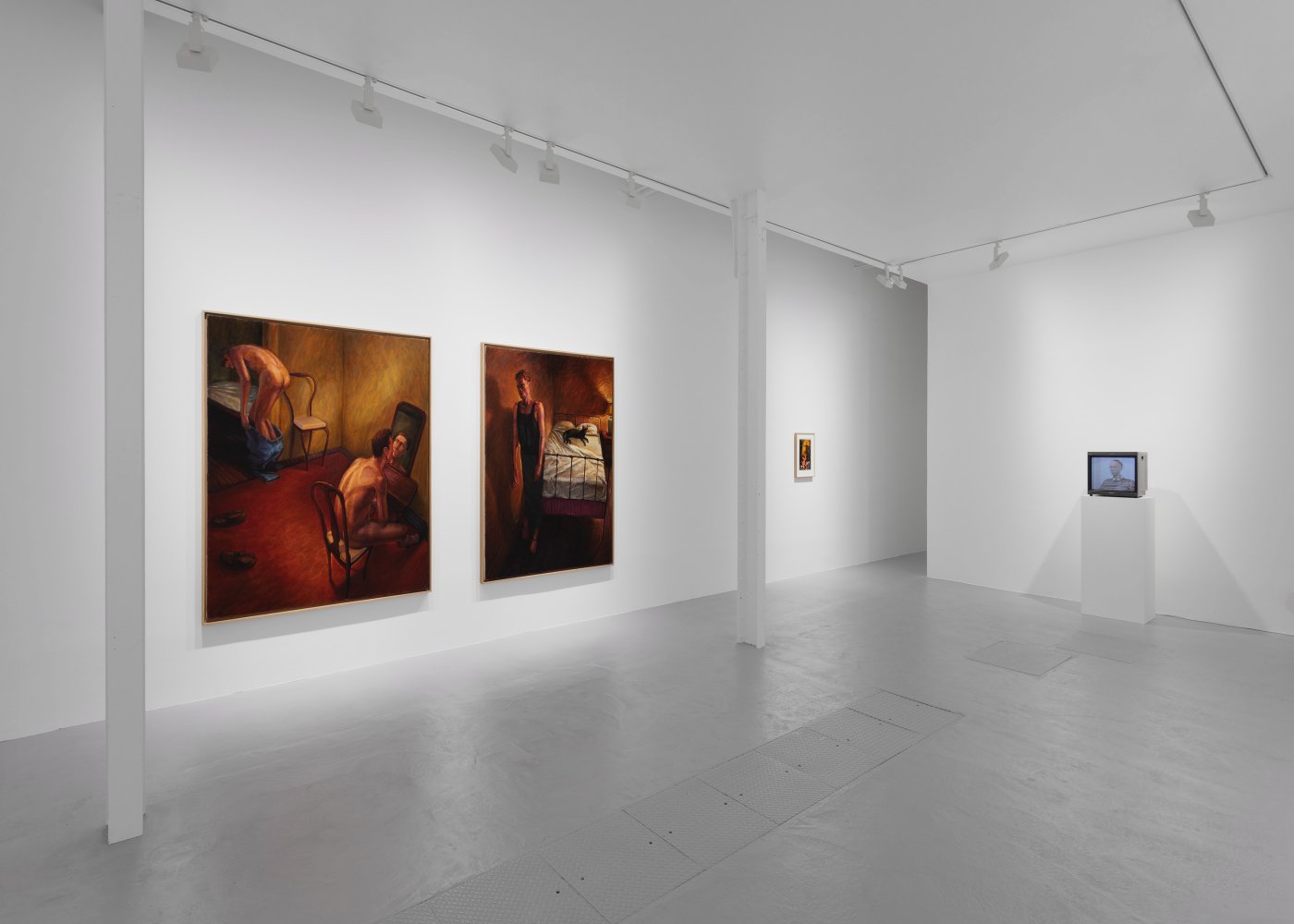 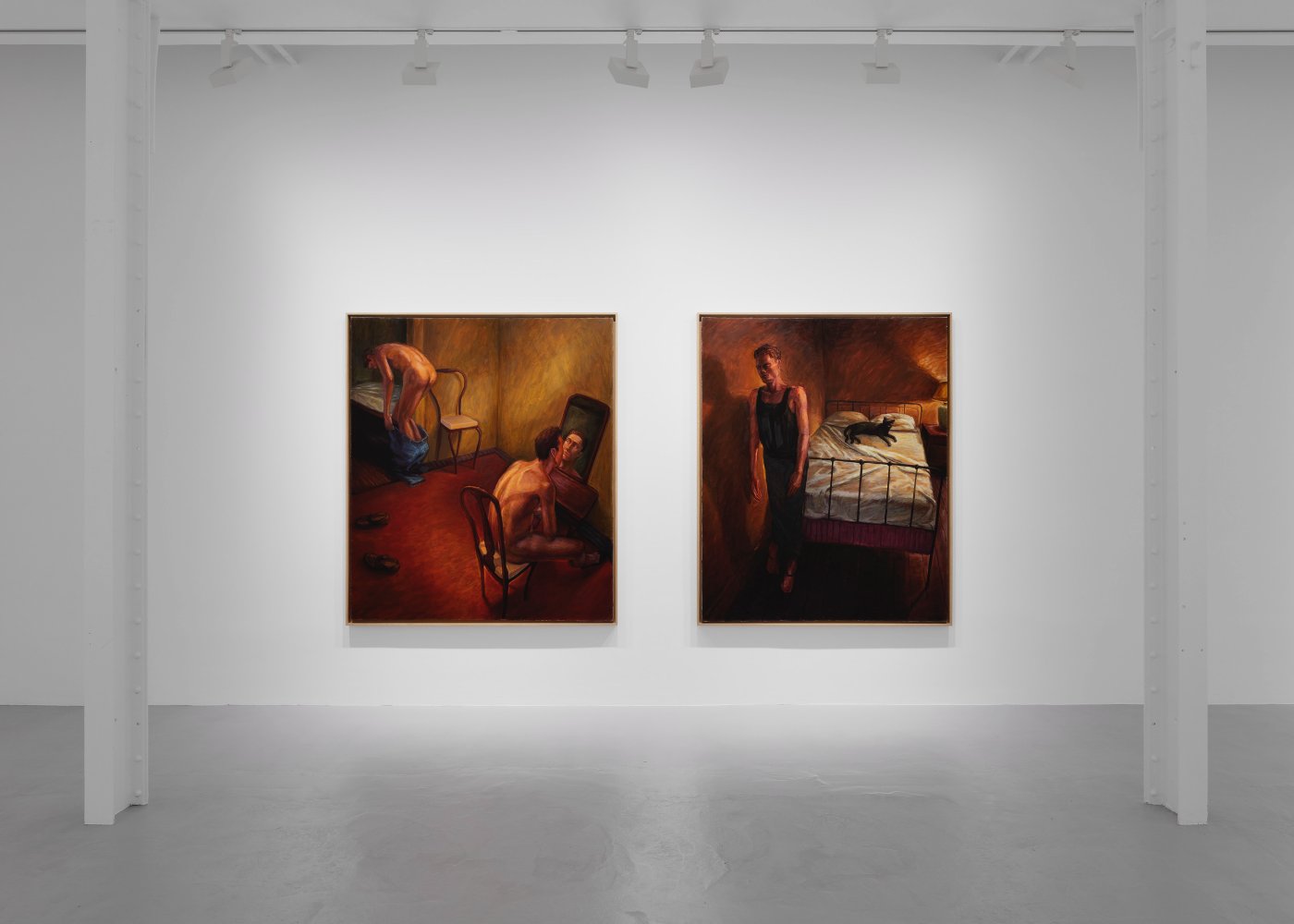 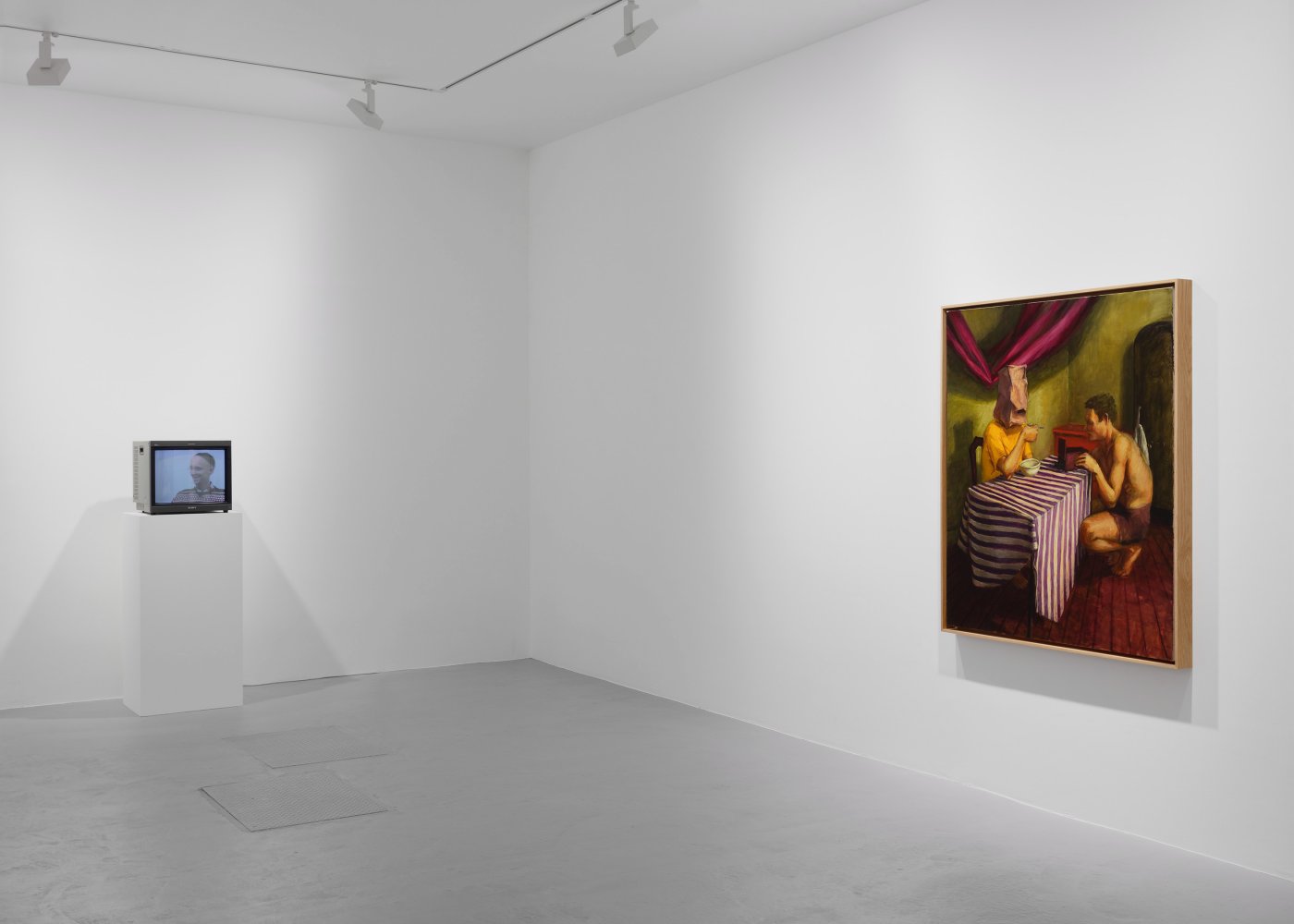 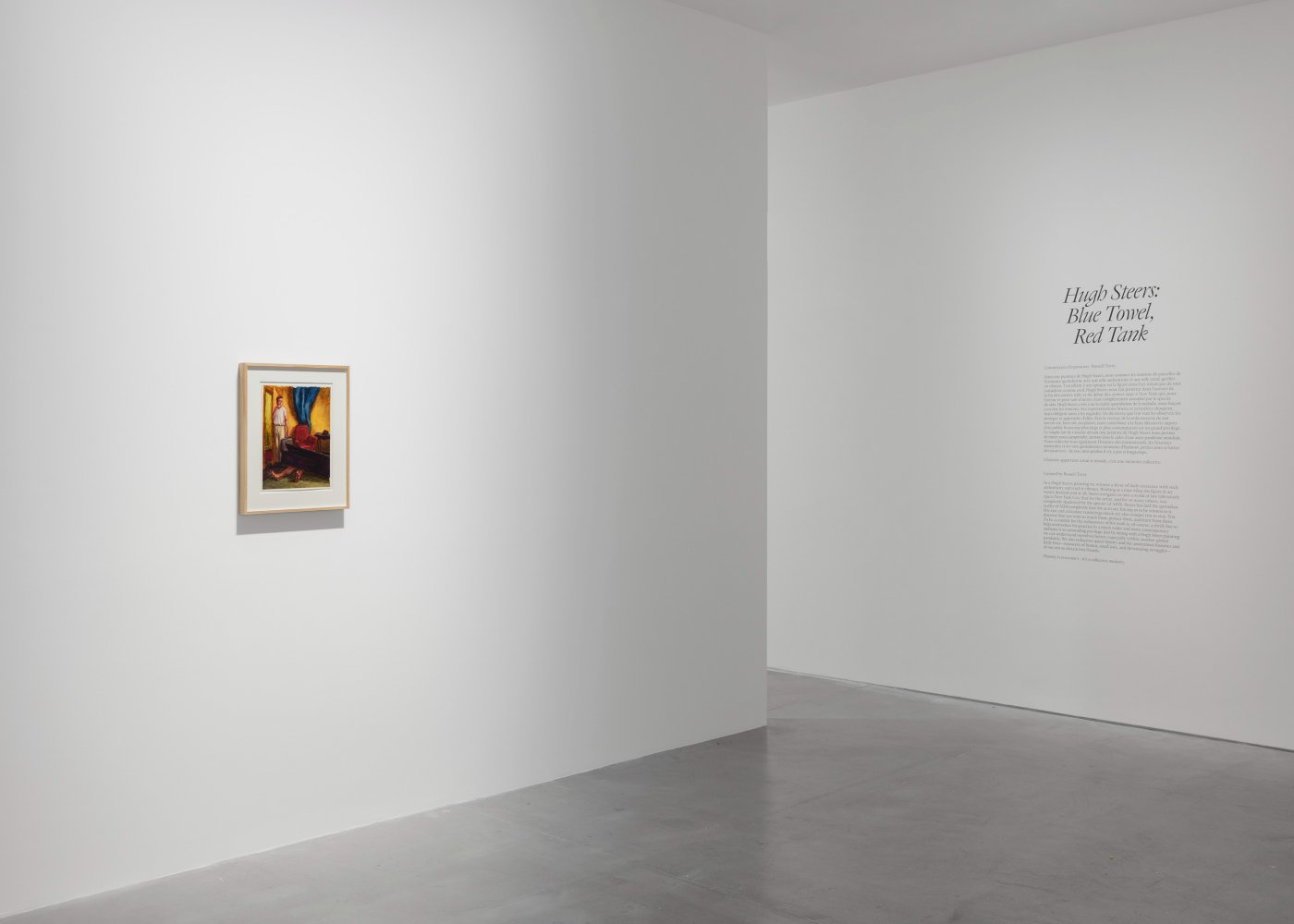 The painter Hugh Steers produced unapologetically figurative canvases that carried the lineage of American painting into the HIV/AIDS era. Inspired by the likes of Edward Hopper, Thomas Eakins, and French masters such as Édouard Vuillard and Pierre Bonnard, he imbued his classical compositions with the emotional intensity that characterised a queer community on the brink of destruction. Despite his devastating subject matter, Steers’s canvases are suffused with empathy, pathos, and even humour. Steers himself was diagnosed HIV-positive in 1987 at the age of twenty-five. Although he died when he was only thirty-two years old, Steers managed to create a resolved and mature body of work that illuminated the physical and psychic spaces of sickness to a larger world, despite widespread and deliberate neglect. Embedded with yearning, isolation, and grief, his expressionist and realist portraits incorporated a symbology venerating the nameless denizens of a disintegrating and once raucous New York downtown gay scene, memorialising the loss of both individuals and an entire culture.

In a Hugh Steers painting we witness a sliver of daily existence with such authenticity and truth it vibrates. Working at a time when the figure in art wasn’t deemed cool at all, Steers navigates us into a world of late 1980s/early 1990s New York City that for the artist, and for so many others, was completely shadowed by the spectre of AIDS. Steers has laid the quotidian reality of AIDS completely bare for us to see, forcing us to be witness to it. His raw and articulate renderings shock yet also compel you to stay. You discover that you want to watch them, protect them, and learn from them. To be a conduit for the rediscovery of his work is, of course, a thrill; but to help reintroduce his practice to a much wider and more contemporary audience is an astounding privilege. Just by sitting with a Hugh Steers painting we can understand ourselves better, especially within another global pandemic. We also rediscover queer history and the anonymous histories and daily lives—moments of humour, small joys, and devastating struggles—of our not so distant lost friends.

History is everyone’s—it’s a collective memory.

In New York, Steers foregrounded his studio practice and lived in a series of cheap tenements and illegal sublets. He was also a devotee of the queer nightlife scene and became a fixture at Area and the Monday drag shows at the Pyramid Club. In 1987, he was diagnosed HIV-positive at the age of twenty-five. He started imbuing his compositions with related symbols and motifs, putting hoods and paper bags over the heads of his figures or placing them in patient gowns and hospital rooms.

Steers produced a series of pastoral landscapes in a summer residency at the Skowhegan School of Painting and Sculpture in 1991. Though asymptomatic for several years, his health began to deteriorate in the early 1990s. After showing his Hospital Man series to critical acclaim in 1994, Steers received radiation treatment and chemotherapy for brain cancer. In 1995, he died in New York at the age of thirty-two from AIDS-related complications.

Steers’s first solo exhibition was organised by Osuna Gallery, in Washington, DC, in 1989. After seeing several sketches by the artist in a 1987 Drawing Center group exhibition, Priscilla Greene invited Steers to show at Midtown Galleries. There, he participated in two group exhibitions in 1988 and had his first New York solo exhibition in 1990, with a solo presentation at Midtown Payson Galleries the year following. Richard Anderson Fine Arts, New York, presented subsequent solo exhibitions by the artist in 1992, 1993, and 1994 as well as posthumous solo presentations in 1997 and 2000.

With an extensive background in film, television, and theatre, award-winning actor Russell Tovey can recently be seen as a leading role in ITV/HULU drama series The Sister, from Luther creator Neil Cross. He was nominated for a 2020 Critics’ Choice Award for best supporting actor for his role in the critically acclaimed BBC/HBO drama series Years and Years written by Russell T. Davies. He also starred in Bill Condon’s The Good Liar for Warner Bros. opposite Ian McKellen and Helen Mirren and recently completed filming on Sony’s Screen Gems romantic drama Text for You with Celine Dion and Priyanka Chopra. Tovey will next be seen this summer in a new West End revival of Nick Payne’s Constellations. In addition to acting, Tovey is a published writer and cohosts the art podcast Talk Art with friend and gallerist Robert Diament, where they interview leading artists, curators, gallerists, and celebrities about their shared passion. Their first book, Talk Art: Everything You Wanted to Ask about Contemporary Art but Were Afraid to Ask, has been listed as one of The Sunday Times’s Top Ten Bestsellers. This year, Tovey will also appear on the judging panel for the 2021 Turner Prize, the prestigious annual art prize presented to a British visual artist.