GAVLAK presents States of Matter, a solo exhibition of new mixed media works by New York-based artist Nancy Lorenz. This recent body of work, which centers on the artist’s ongoing interest in the fundamental elements that compose our universe, explores the four states—solid, liquid, plasma, and gas—with alchemical aspirations. The result is an existential reflection on the materiality of our world that bridges the conventional categories of fine art, craft, and design. 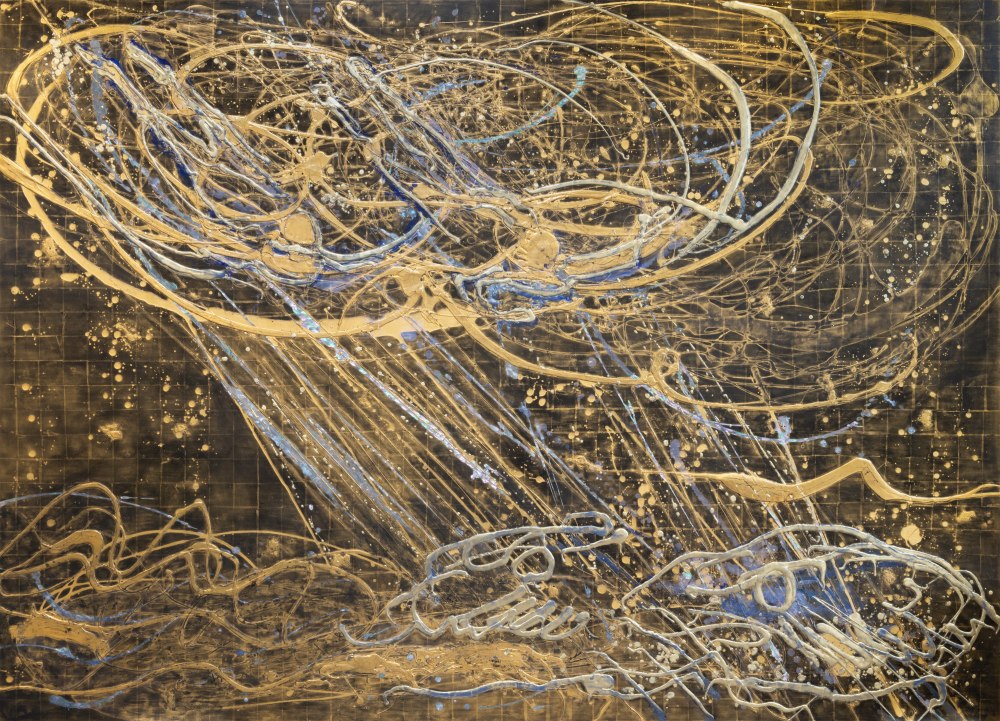 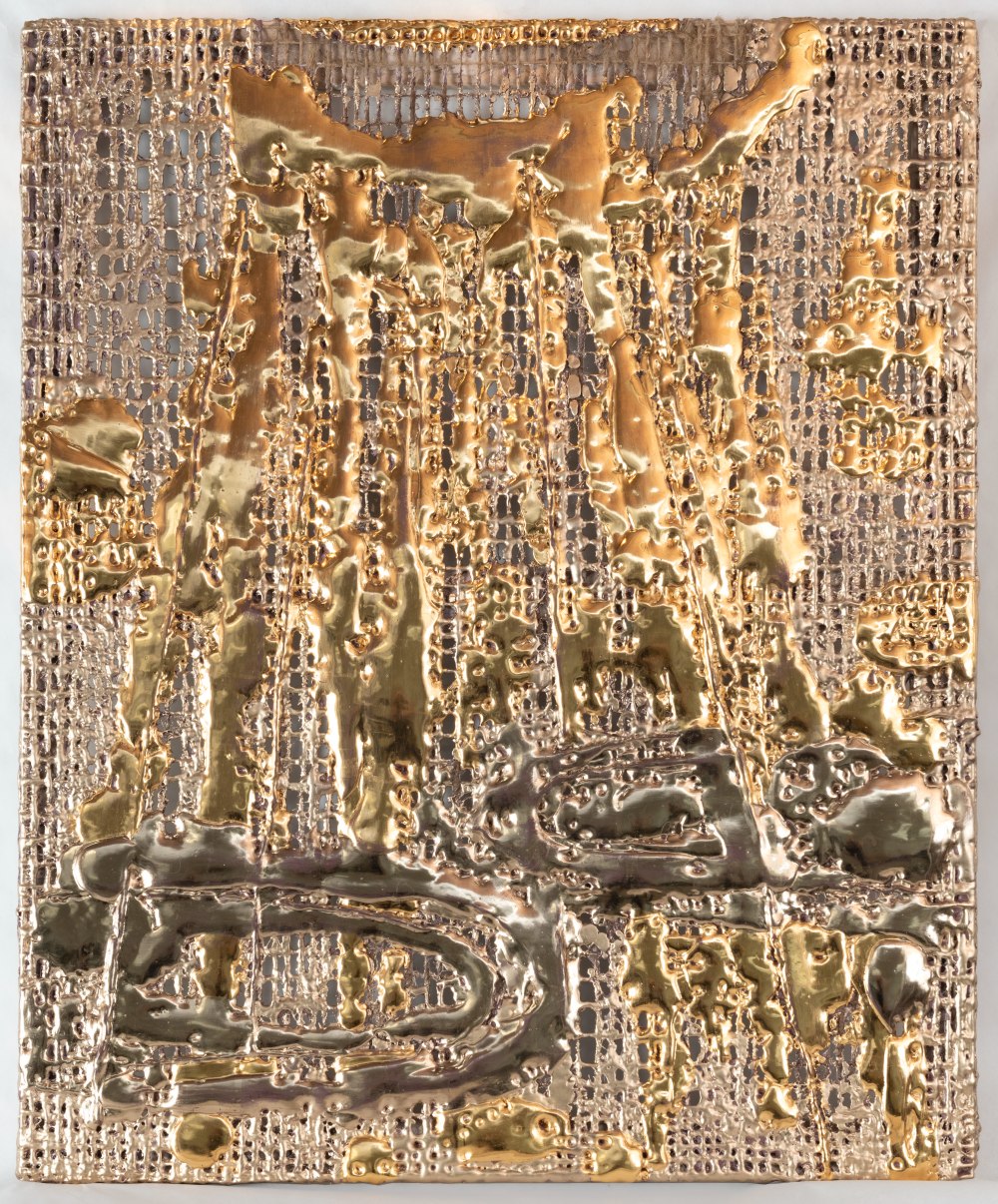 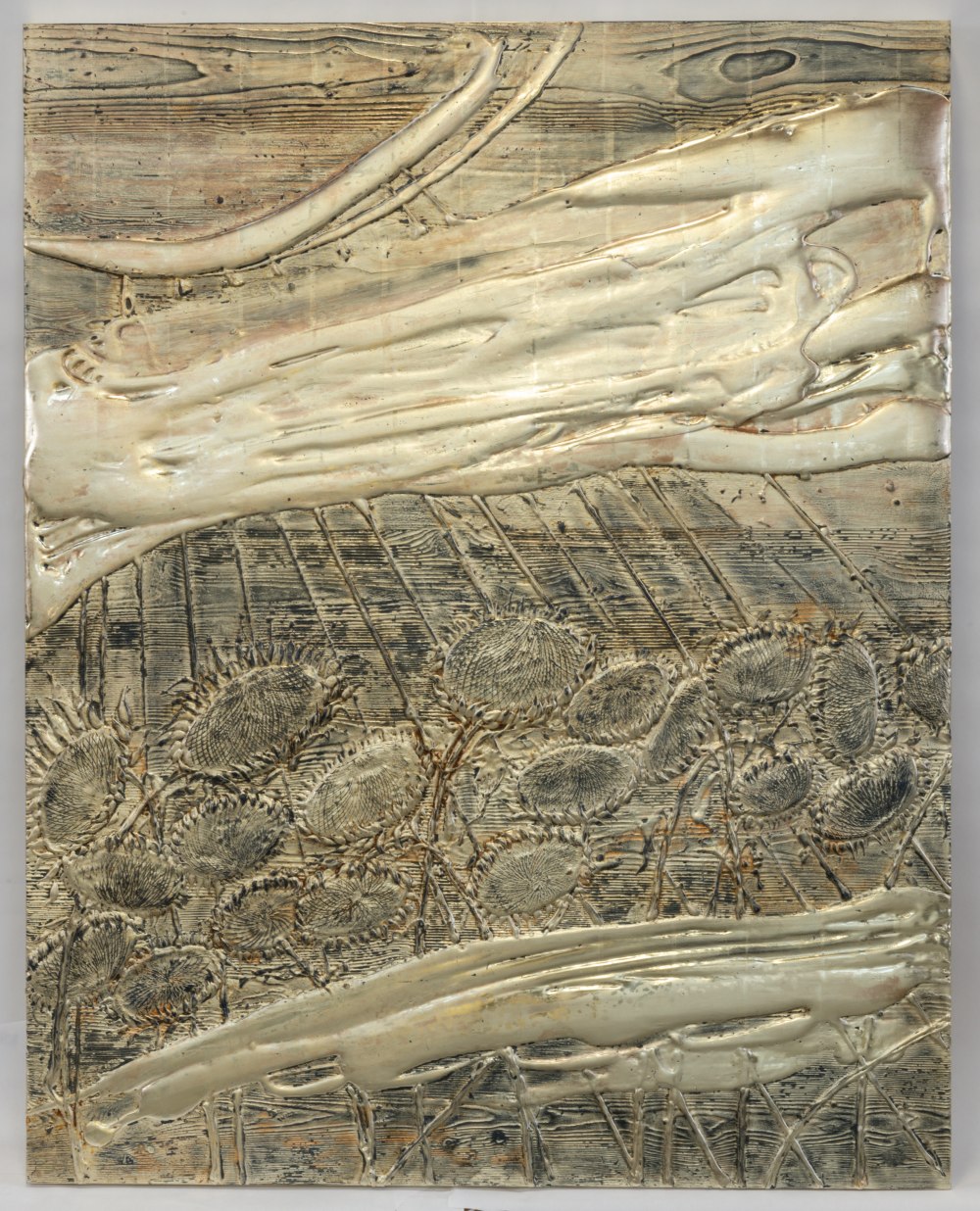 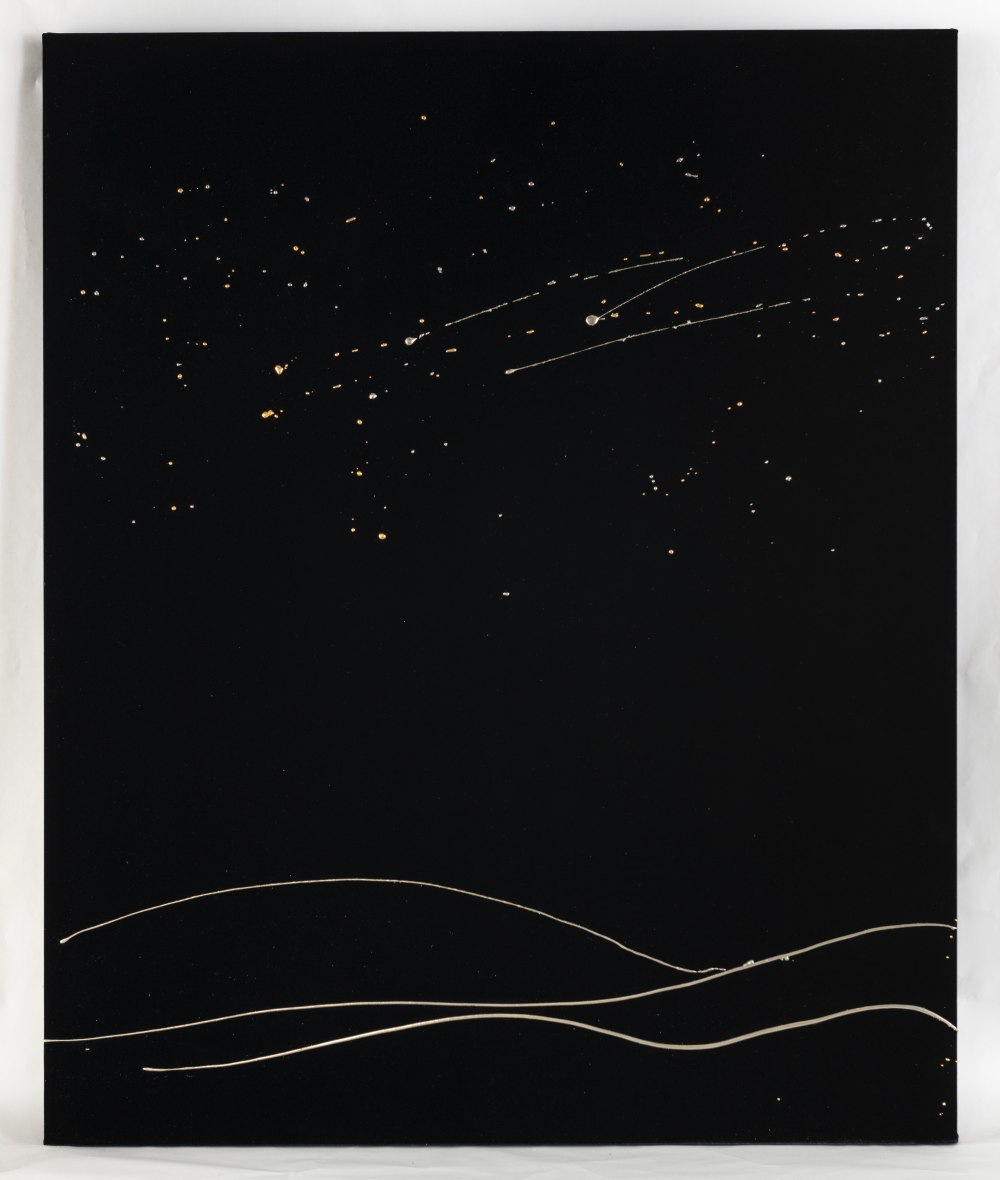 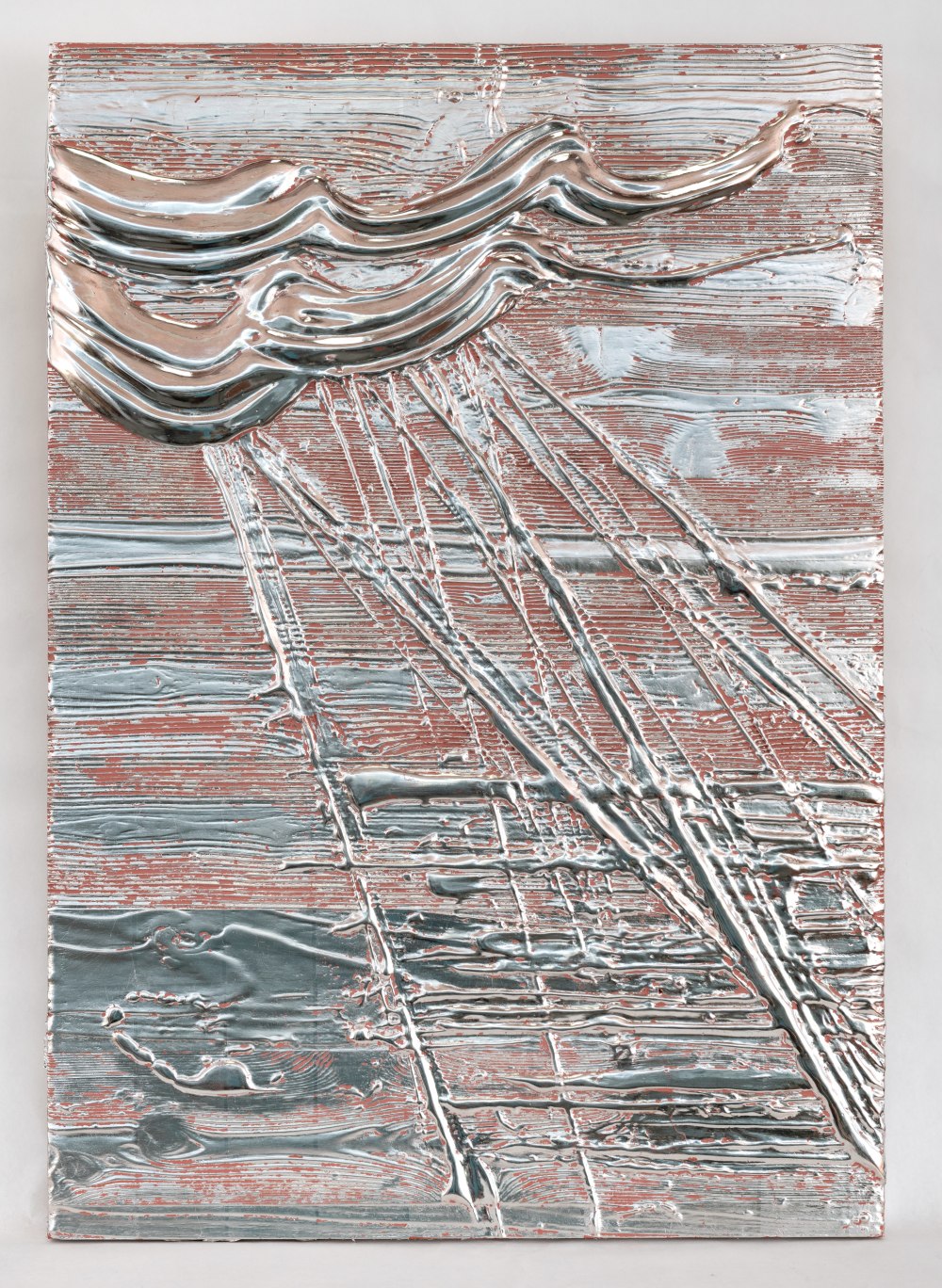 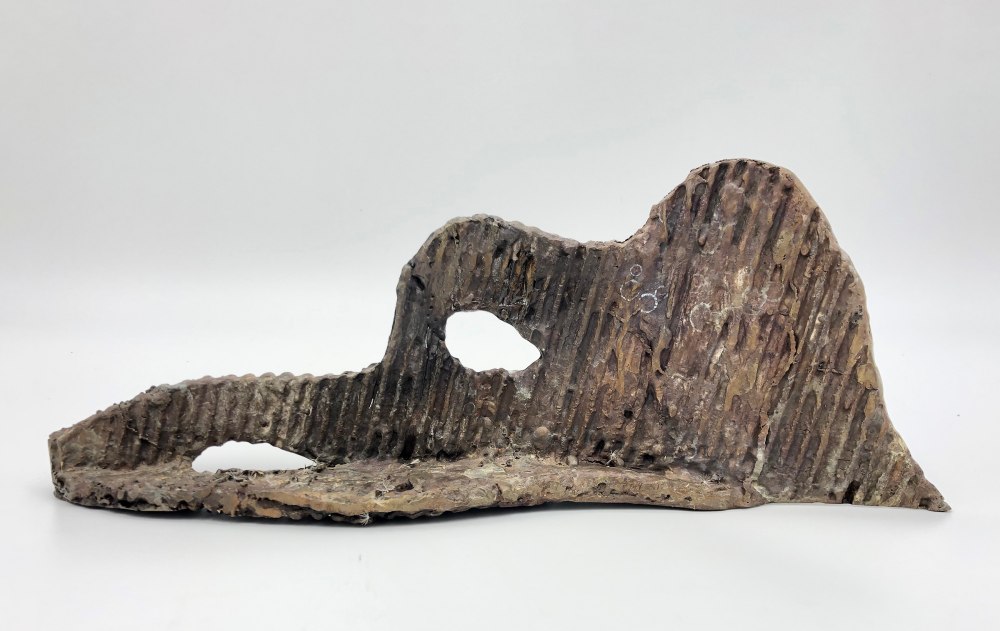 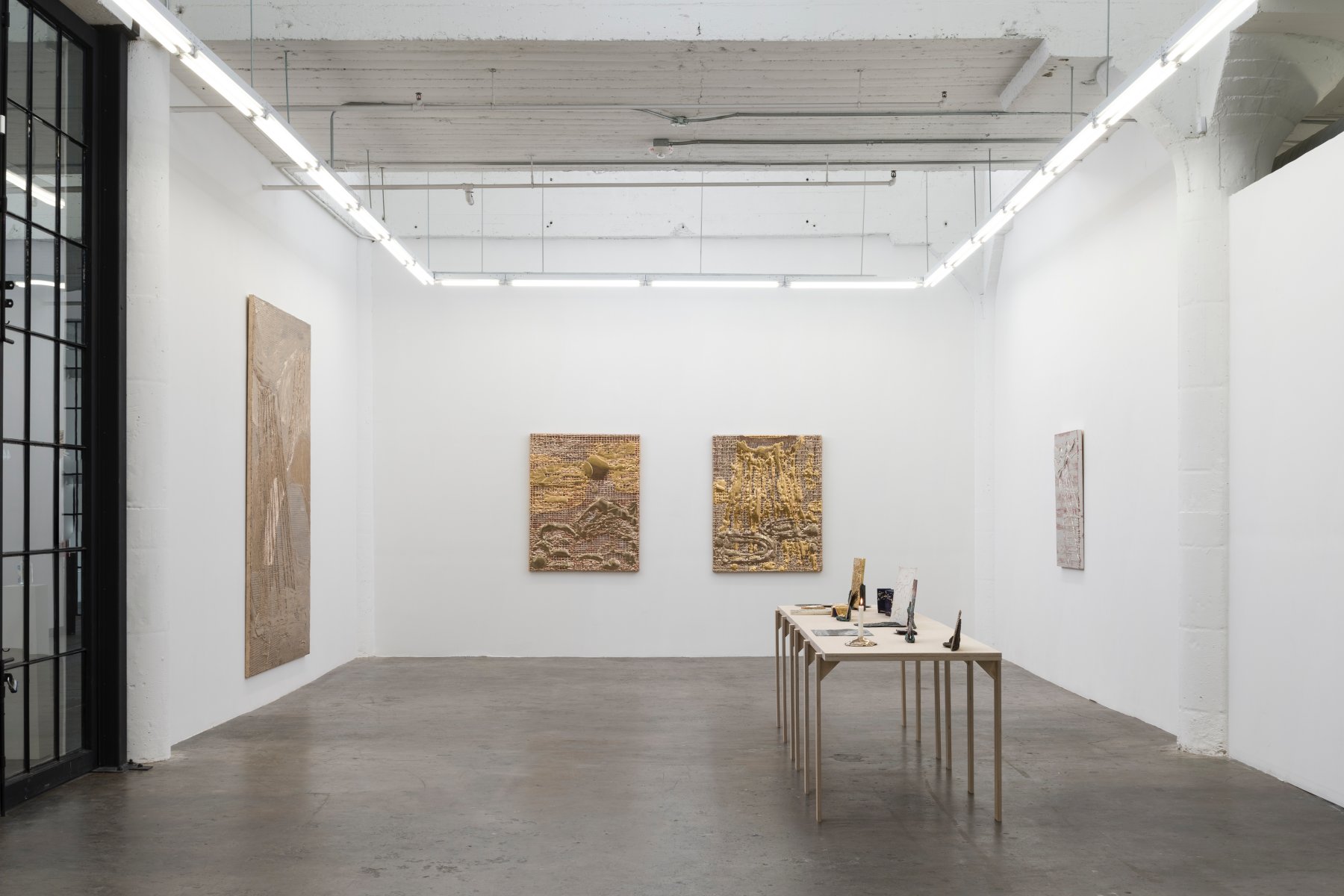 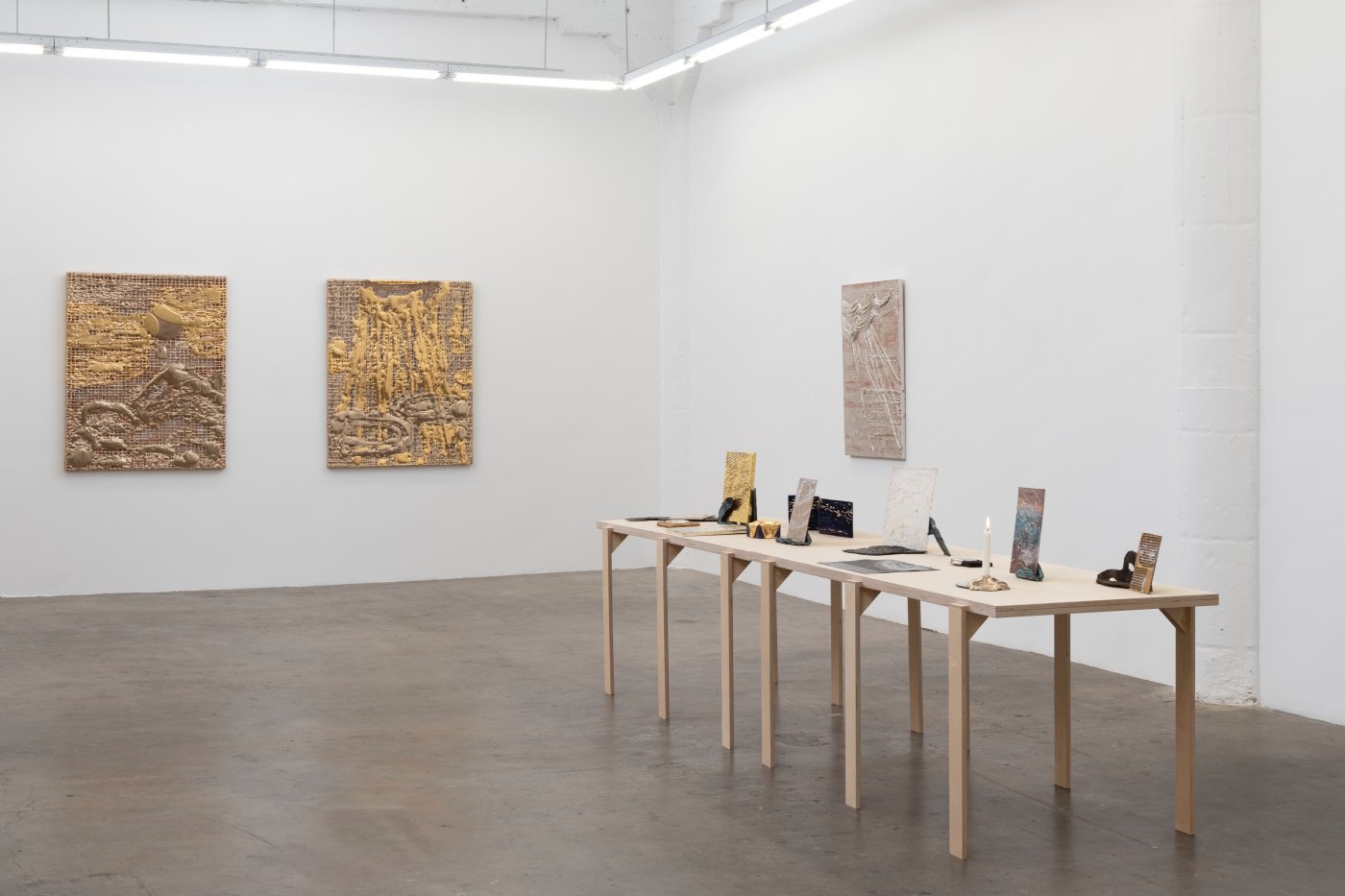 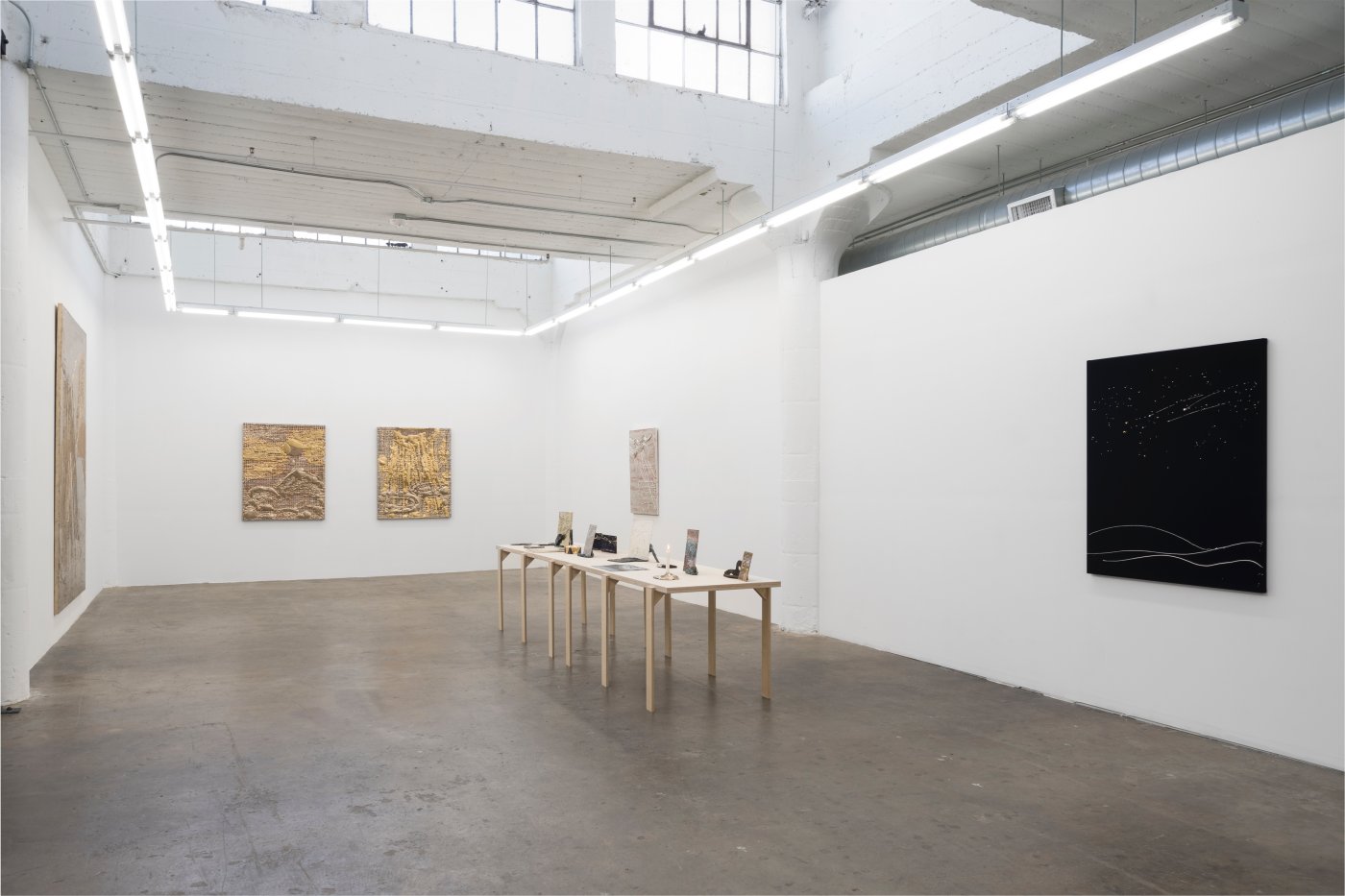 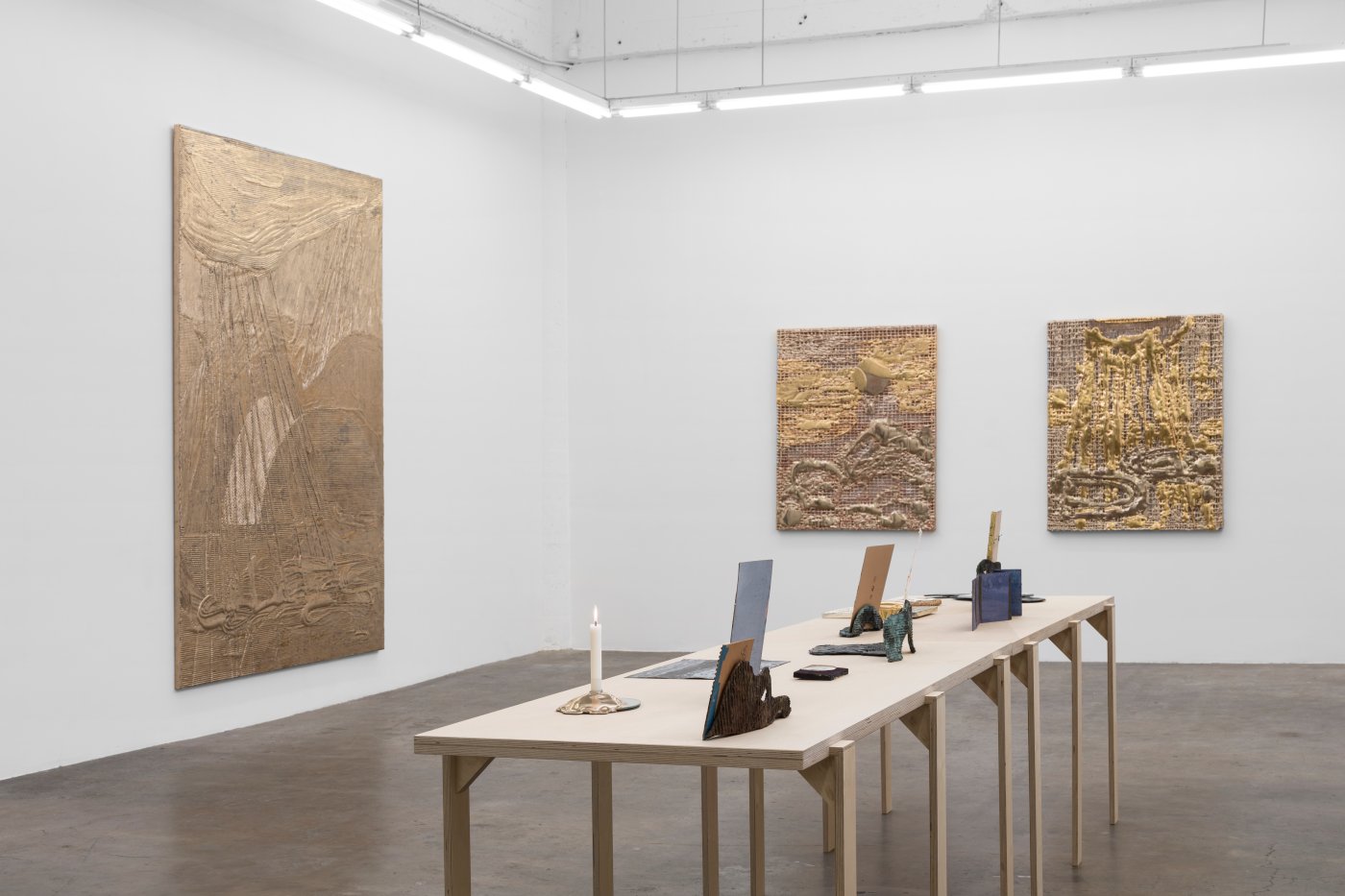 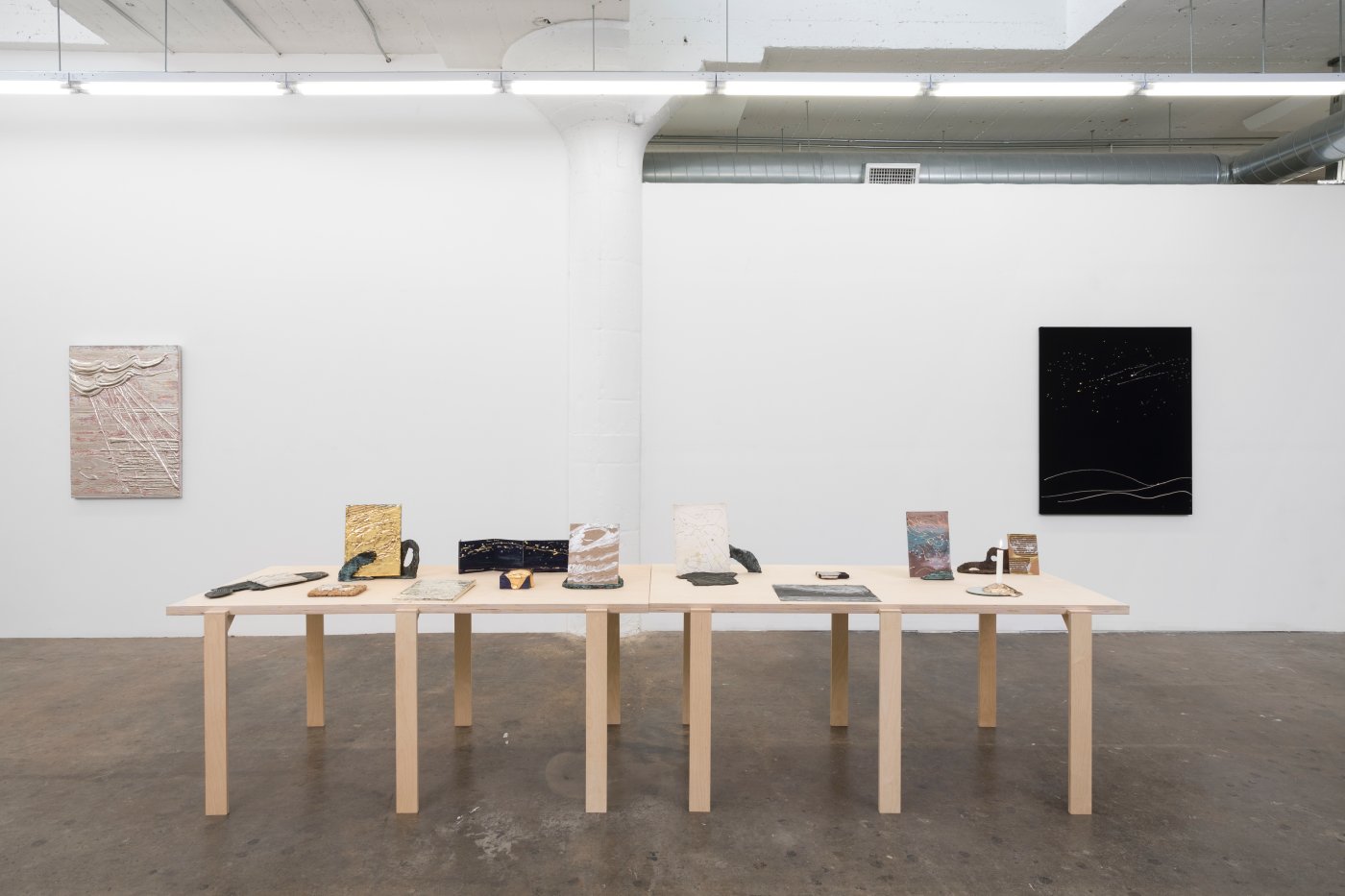 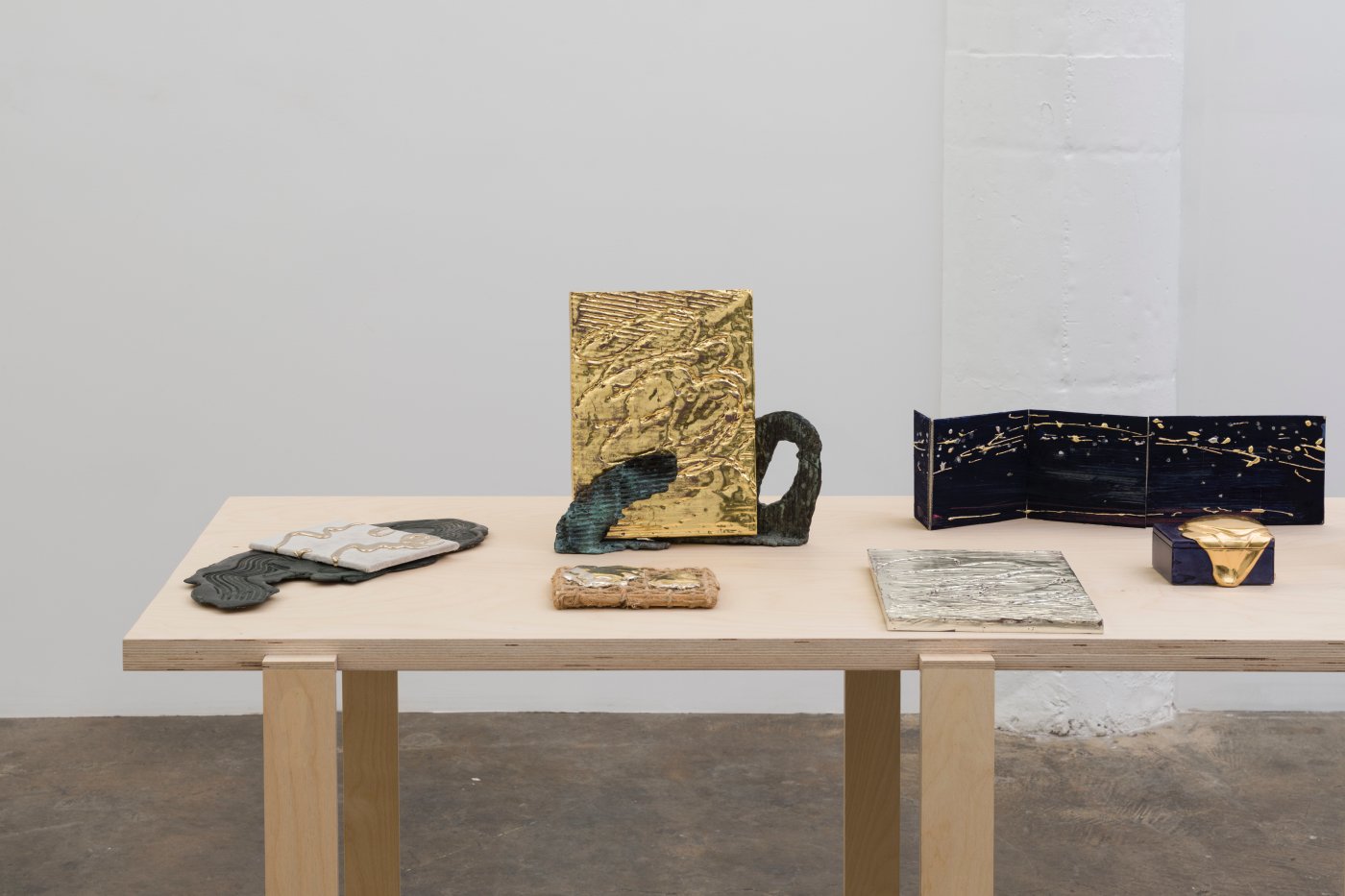 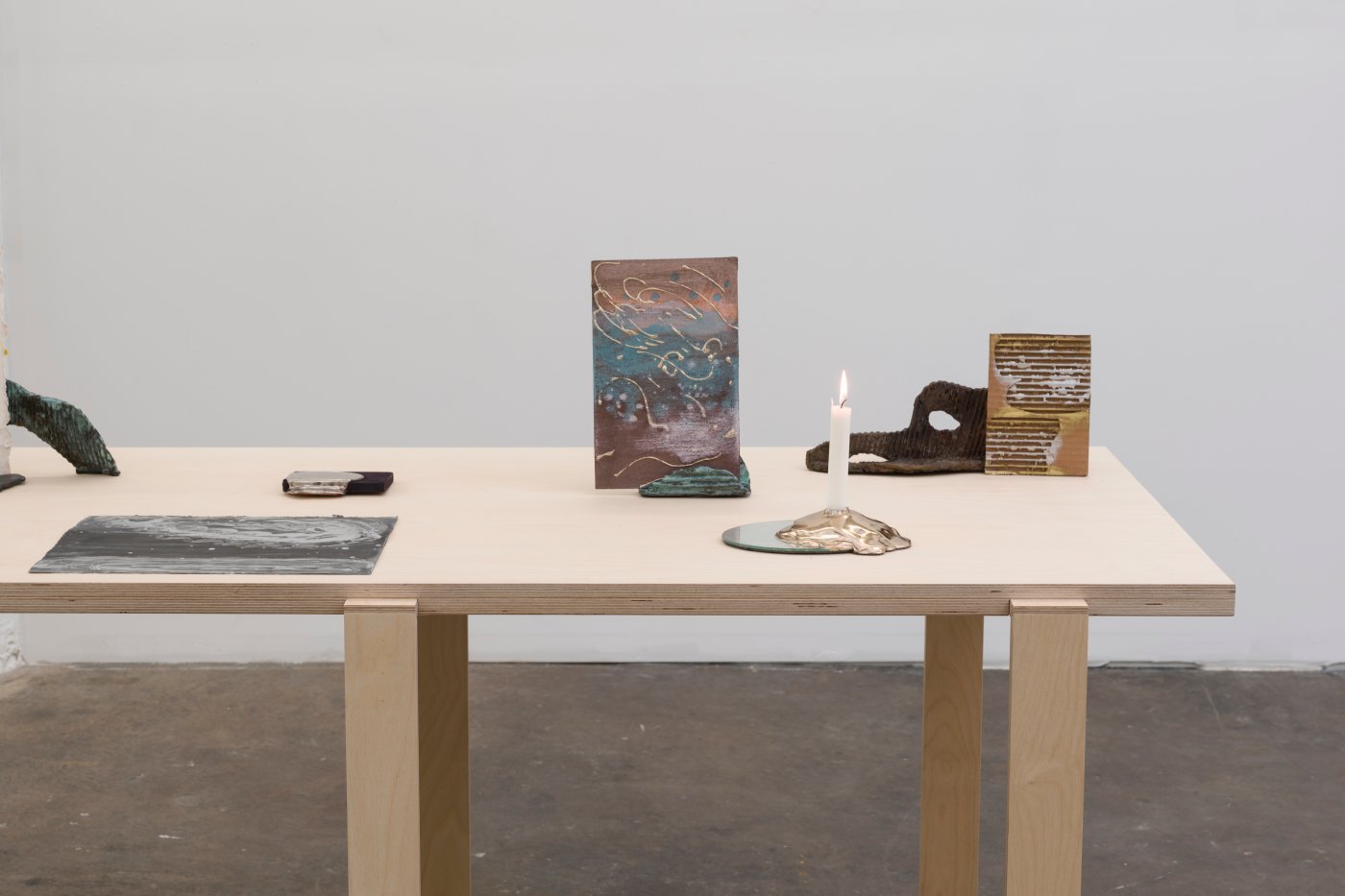 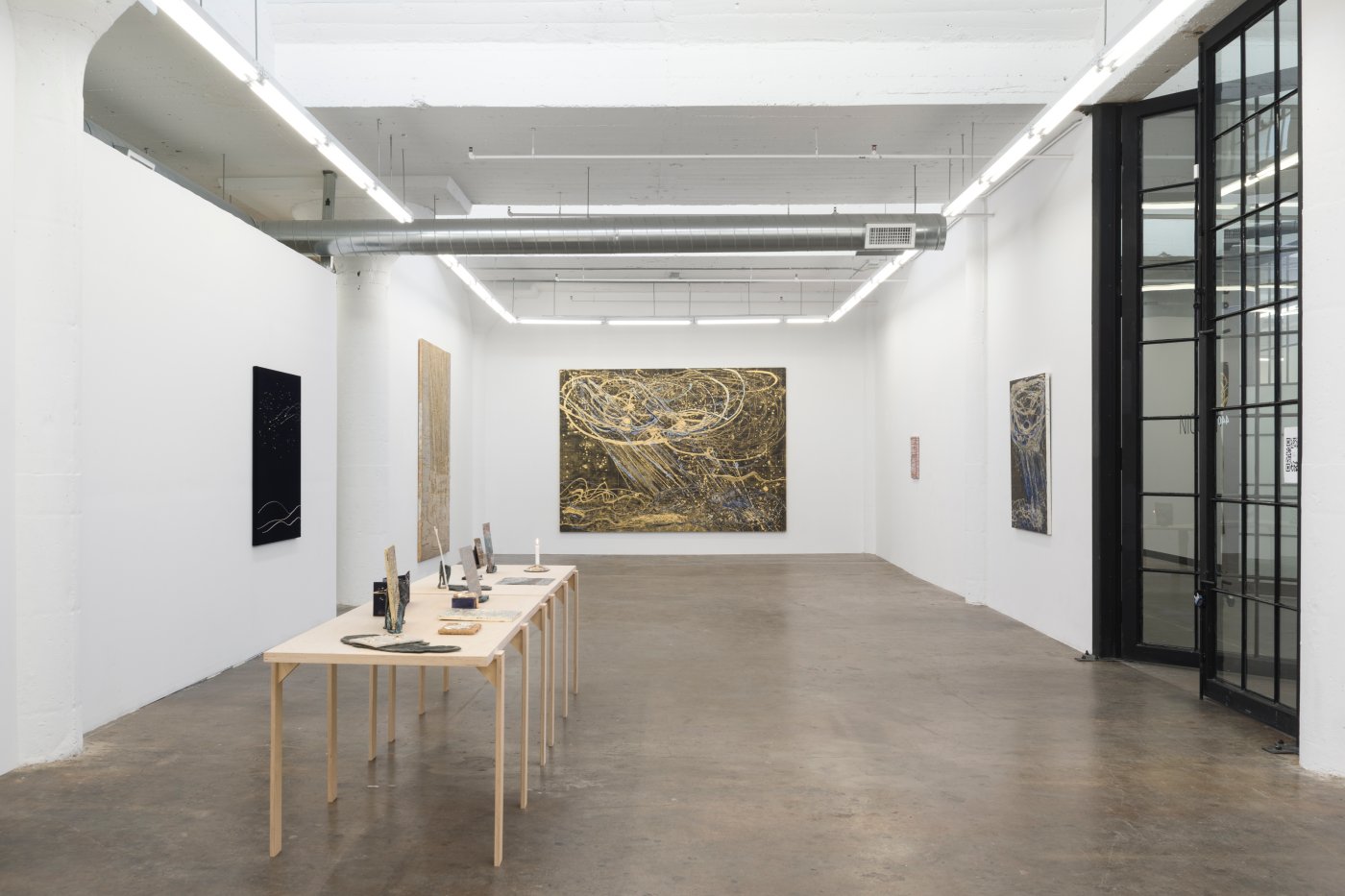 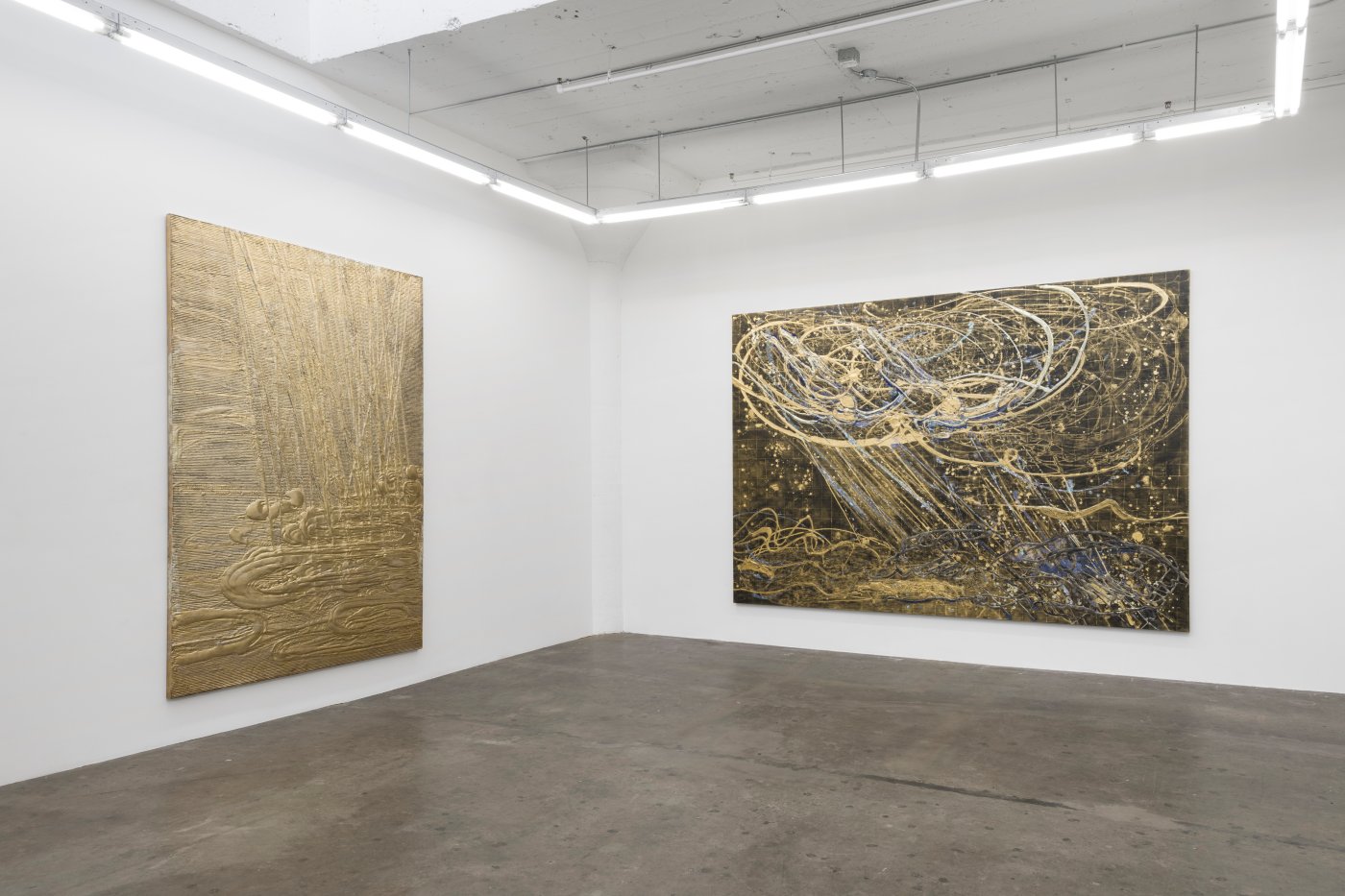 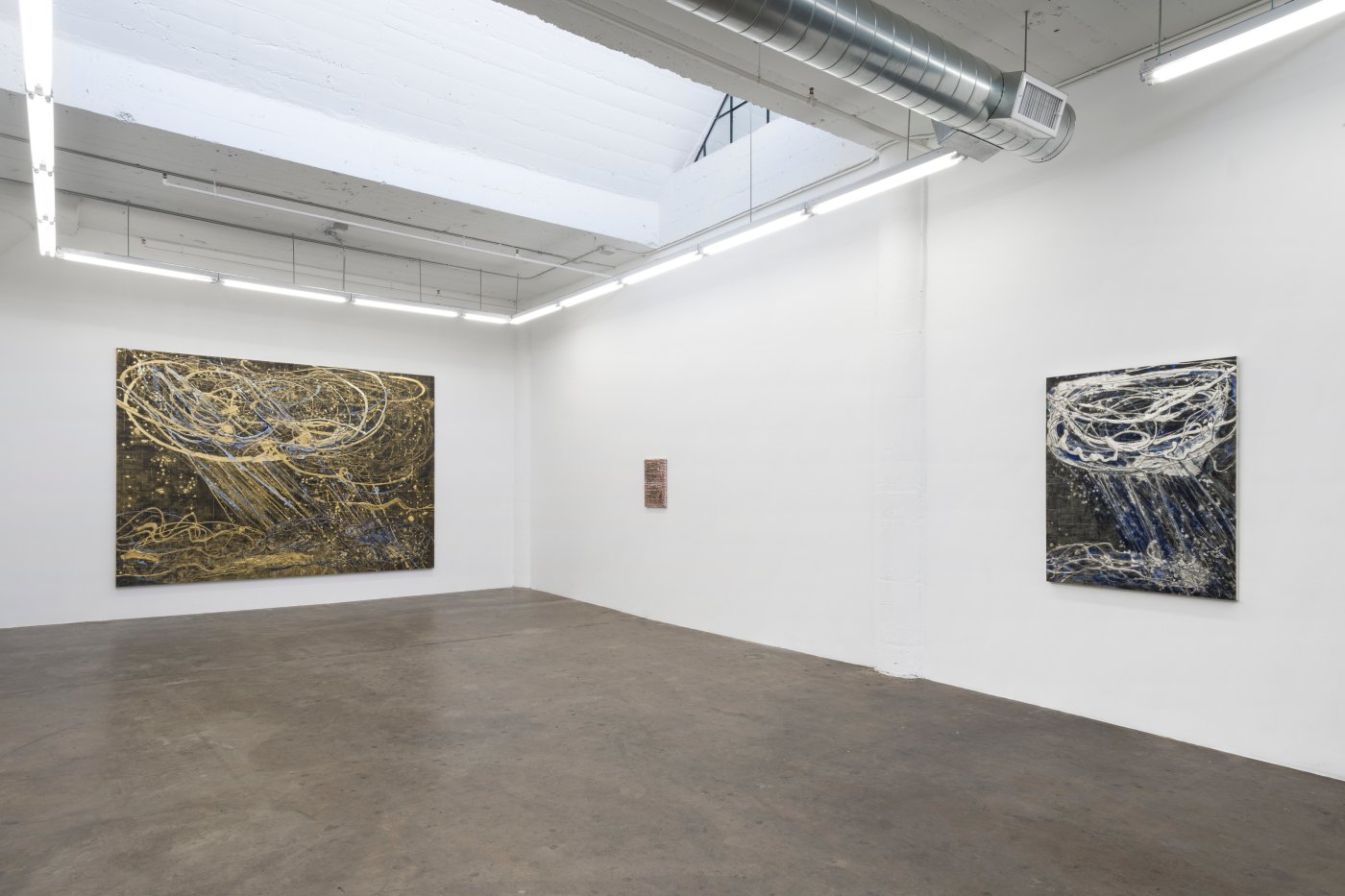 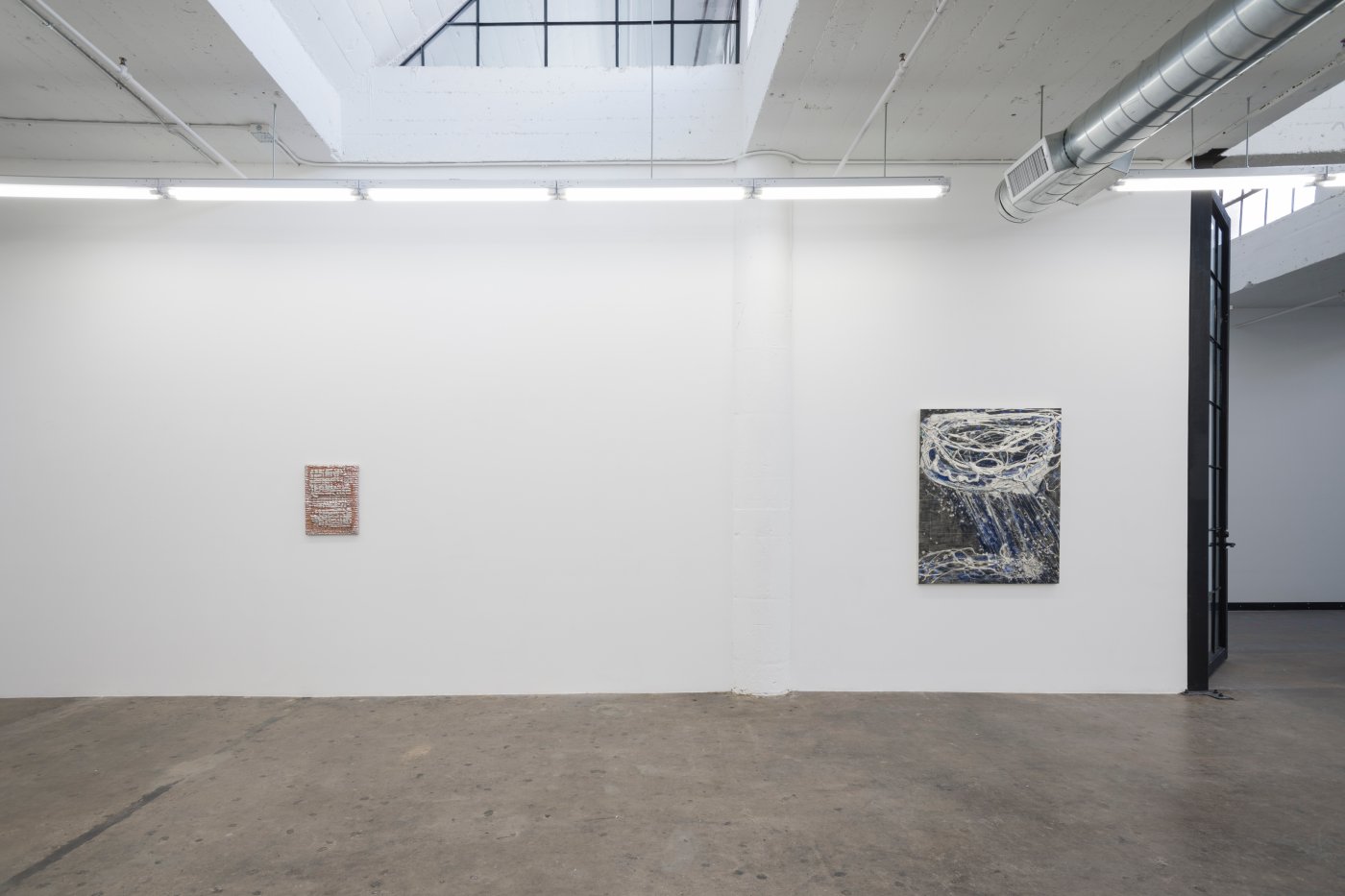 Alchemy is conceived as the quest for an agent of material perfection, produced through a creative opus in which humans and nature collaborate with the final goal being the production of gold and/or other perfect substances from baser ones. The notion of transforming base, basic, and/or ignoble matter in new and unforeseen ways is central to Lorenz’s artistic practice and her own personal pursuit of aesthetic transcendence.

A stint working in art restoration just after graduate school allowed Lorenz to support herself while pursuing an art career. The training was indelible, as it led her to incorporate a host of different components in her art. This experience, coupled with the half-decade that she spent living in Tokyo, Japan, accorded her a deep understanding of luxurious goods, such as mother-of-pearl and gold leaf, as well as the ability to employ these substances in painterly gestures that meditate on the Sublime.

With the Periodic Table as her palette, the artist embraces the chemical interactions that occur during her creative process, working from oftentimes uncontrollable foundations to render dynamic, captivating juxtapositions. Her hypnotic works synthesize disparate elements ranging from cardboard found on the streets of New York to inlay used for the restoration of musical instruments. Recalling the philosophy of the Arte Povera movement, Lorenz invests new meaning into that which would have been discarded, presenting a celebration of all of the matter that humans live among. The connections Lorenz weaves between mediums are underscored by the artist’s reverence for sublime craft, visible in the symphonic relationships orchestrated by the artist’s careful hand.

An outgrowth of the past 30 years of artistic practice—during which Lorenz has received much recognition, including the honor of a John Simon Guggenheim Award in 1998—her recent works signal new uses of materials such as cast bronze and painted velvet, the products of months-long experimentation and historical consideration. These works, some new, some continuations of earlier projects, forge a heightened sense of haptic resonance with the viewer, evoking works by Louise Bourgeois and Eva Hesse, two inspirations for the artist—although the range of her pictorial gesture is closer to the modern abstraction of Joan Mitchel and Lee Krasner. Invested with a sense of movement, a deep understanding of Post-War abstraction, and a nuanced grasp on traditional Asian art, Lorenz’s manipulations result in multi-dimensional tableaux that provoke audience engagement under variable conditions and fluctuate in appearance based on light, time, space, and positioning.

Enhanced by their large-scale, Lorenz’s new works, reflect the artist’s concern with corporality and the cosmos. Lorenz applies ancient techniques—such as the hammering of gold sheets, a method originally developed in ancient Egypt—to mold compositions that ruminate upon temporality and (im)permanence, engaging the histories of her materials and processes to uncover new truths of the present.

Nancy Lorenz was born in Plainfield, NJ in 1962 and currently lives and works in New York City. After living in Japan, she earned her BFA in Painting and Printmaking at the University of Michigan and received her MFA in Painting from the Tyler School of Art in 1988. Her work has been included in numerous exhibitions throughout the United States and internationally with recent highlights that include: Nancy Lorenz: Moon Gold, San Diego Museum of Art, San Diego, CA; Beauty Reigns, A Baroque Sensibility in Recent Painting, Akron Art Museum, Akron, OH; Nancy Lorenz: Silver Moon, Leila Heller Gallery, Dubai, UAE; Nancy Lorenz: Boxes and Screens, Pierre Marie Giraud, Brussels, Belgium; Skies and Beyond, Bottega Veneta at the Salon del Mobile, Milan, Italy. Lorenz has executed numerous public commissions at Chanel and Tiffany & Co. stores worldwide, the Gucci Towers in Ginza, Japan; the Beverly Hilton Hotel in Los Angeles, CA; the Mandarin Oriental, Time/Warner center New York, NY, the Hilton, Muscat, Oman; and the Soho Grand Hotel, New York, NY, among others. She has also collaborated with such luminaries of the design world as Peter Marino, William Scofield, and Michael Smith, among others. In 1998, she received a John Simon Guggenheim award and participated in the Cill Rialaig artist-in-residence program in Ireland 2008, 2010, 2012, and 2016. Her work can be found in numerous public collections and private collections worldwide.

Courtesy of the artist and GAVLAK Los Angeles/Palm Beach