House of Mirrors (STFU) brings together four Berlin based artists who have all been working with digital media for a long time. Aram Bartholl, Nadja Buttendorf, Constant Dullaart and Sebastian Schmieg take us in front of uncanny boxes and mirrors adorned with “Walter Benjamin Nightmare” passwords (Bartholl), we find ourselves on the desktop of the artist displaying an unusual pink sweater and other performative jewelry objects (Buttendorf), they bring us face to face with „Loudly Crying Face“, the most popular emoji on Twitter, and insert the exhibition into uncanny social media feedback loops (Dullaart), and they send us on delirious Google image search trips which make us realize that the algorithm sees patterns where we don’t see any (Schmieg). House of Mirrors obviously is a tacky title, as it refers to a traditional attraction at funfairs and amusement parks. According to Wikipedia the basic concept behind a house of mirrors is „to be a maze-like puzzle” where “participants are also given mirrors as obstacles, and glass panes to parts of the maze they cannot yet get to. Sometimes the mirrors may be distorted because of different curves, convex, or concave in the glass to give the participants unusual and confusing reflections of themselves, some humorous and others frightening.“ STFU („Shut The F*** Up“), finally, is one of the many abbreviations found online which is used to abruptly end a conversation. House of Mirrors (STFU), however, is meant to open up a dialogue between us and the machines and algorithms out there – with a lot of humorous and some frightening moments. LOL. 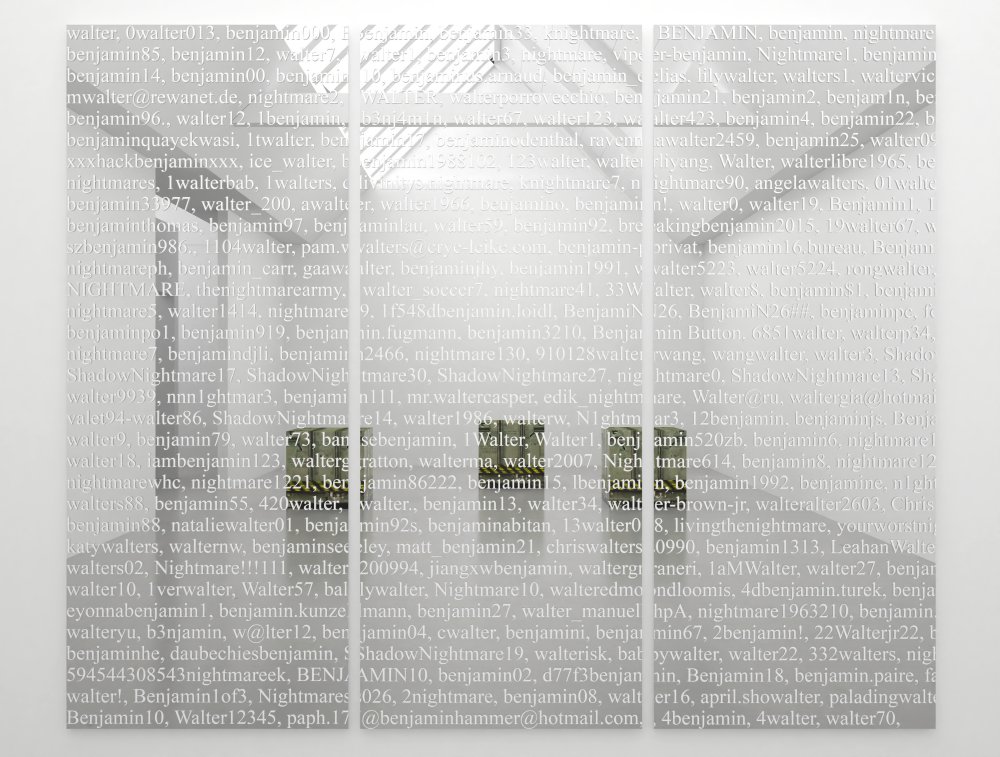 Aram Bartholl’s digital show, entitled “walter_200 b3njamin's Nightmare!!!111“, consists of two different, seemingly simple elements: mirrors and boxes. The three mirrors display a collection of passwords, entitled „walter benjamin nightmare“, originating from the „Breech Collection #1-5“ consisting of sets of billions of email addresses and passwords freely downloadable from the dark web since 2019. Aram Bartholl searched the huge password collection for “walter”, “benjamin” and “nightmare”, and filtered out those that contained these terms. This is the first pun, as Walter Benjamin, author of the famous essay „The Work of Art In the Age of Mechanical Reproduction“ (1935), contrary to common belief, was less interested in the question of the aura (read: uniqueness or authenticity) than in the question of reproducibility. The mirrors usually reproduce a „uniqueness“ – here, however, the viewer is missing from the reflection. Passwords – in this case printed on the mirrors – are supposed to be unique in order to be safe; however, here, we see that they’re just the opposite. By carrying the name Benjamin within them, they invoke their inevitable, unavoidable (digital) nightmarish reproduction (a pun on the current NFT hype). In addition, Aram Bartholl will install a USB Deaddrop at the (real) gallery from which the list of “Walter Benjamin Nightmare” passwords can be freely downloaded.

Opposite to the mirror triptych three crates from the computer game Counterstrike (ca. 2000) are placed on the gallery floor. Their heavily pixelated texture which is reminiscent of early computer games only reveals itself on closer inspection. In the game these boxes serve the sole purpose of making the space complicated and to offer hideouts for the first-person shooter players. At the same time, these low-res, pixelated boxes are a reference to one of Bartholl’s earliest projects which he realized about a decade ago. The project consisted of transferring the boxes from Counterstrike to real space and installing 20 of these “steel” and “wooden” boxes in an old prison yard in Sheerbrooke, Quebec (“Dust – Winter Prison”, 2013). It is not without irony (third pun!) that the analogue sculptures that were originally taken out of Counterstrike are now returning to digital space – this time that of the 3D virtual gallery. They are hybrid objects carrying within them the detour to the analogue space, reflecting in the mirror the precarious state of authenticity: Walter Benjamin’s Nightmare. 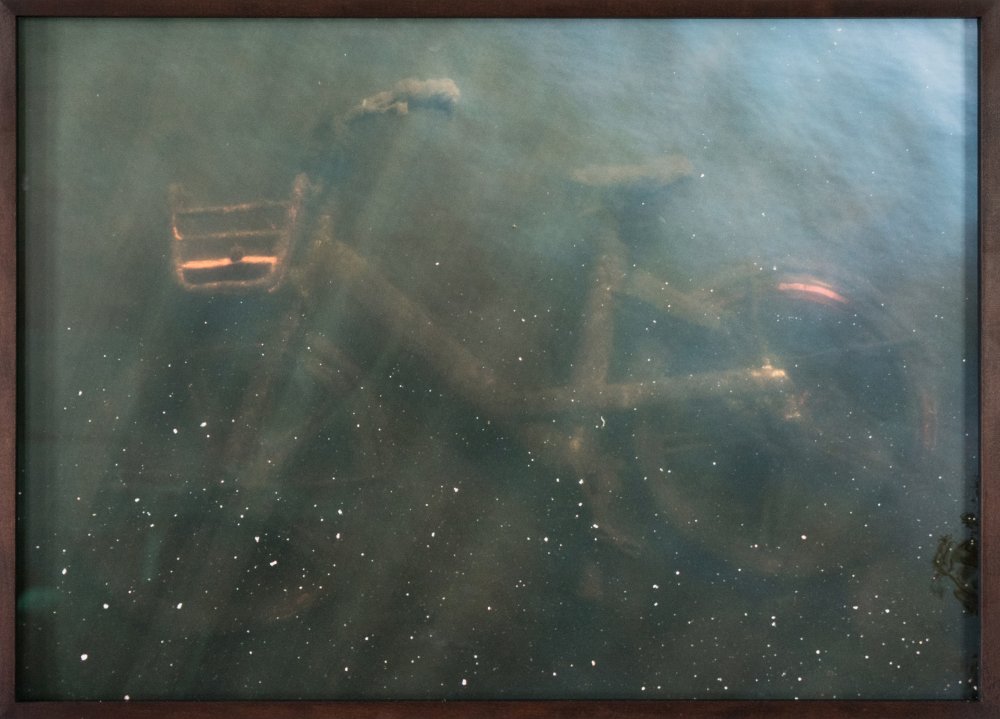 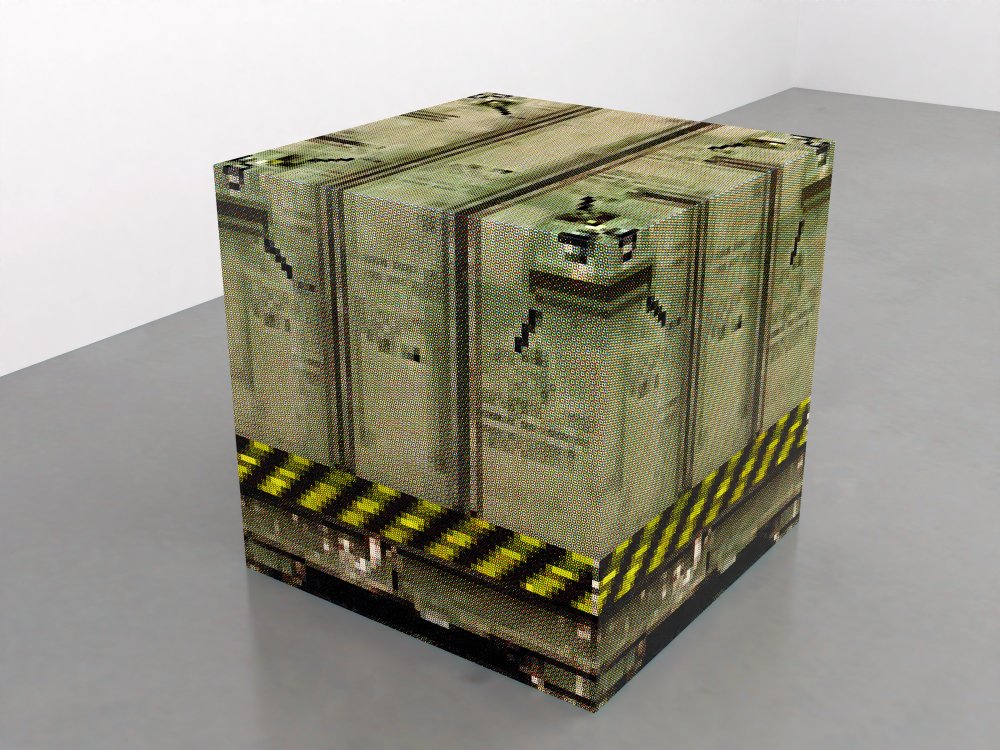 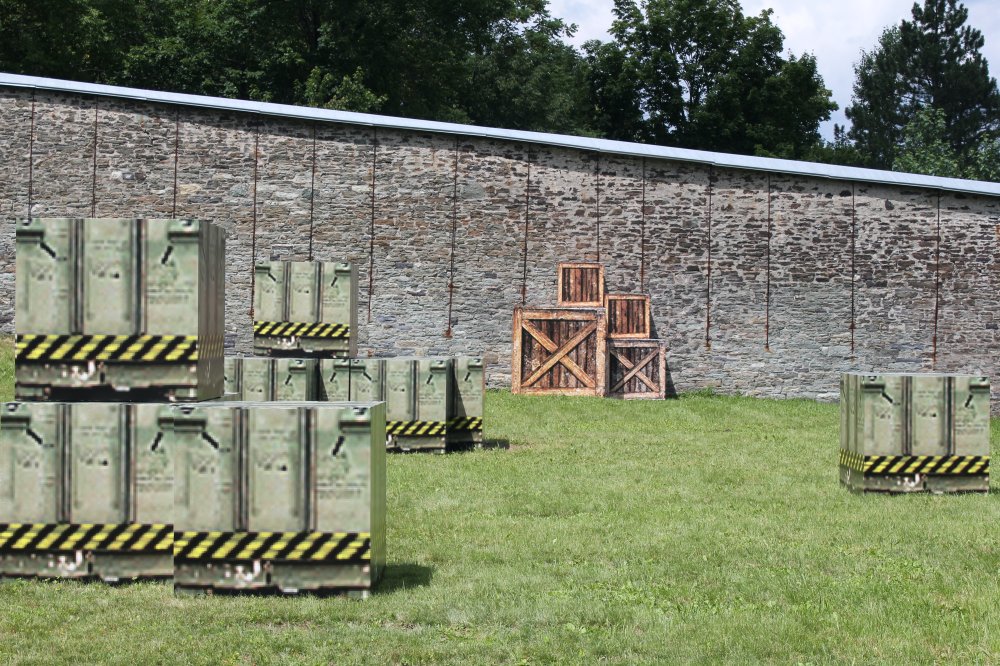 Nadja Buttendorf’s „Show Desktop Show“ takes the artists’s desktop as a starting point which – surprise! – displays an image of Barbara Thumm‘s gallery space. Buttendorf’s works are shown as desktop icons scattered over the screen and at the same time hanging in the “gallery”. The trash bin icon is actually not an art work but the icon with the name “RPReplay_Final1620655064.MP4” that represents the video piece “Stay Home!”. This video work questions the picture of the empty gallery space as a site of art production. With every slide, Instagram story filters with typical city names like “Lagos”, “Oslo”, “Los Angeles”, “Melbourne” and “Jakarta” are applying different atmospheres to the gallery space, nonstop. While implying an international jet set art style we all know, most galleries were closed over Covid-19 restrictions last year and they were only visible through online platforms such as Instagram.

However, the center of attraction of „Show Desktop Show“ is undoubtedly the video of the swimming lady wearing a pink three-armed sweater. The sweater’s third arm can be used as a scarf or as a piece of jewelry (like a brooch). By proposing a three-armed sweater, Nadja Buttendorf is questioning our idea of how a body should look. A T-shirt is shaped like a T because we have two arms, but what would a B-shirt look like? The sleeve usually gets its function from the arm that is in it. A sweater with three sleeves leaves one sleeve “unused” in most cases. The sleeve is thus freed from its purpose and opens up to new uses and functions, detached from the logic of constant improvement. For now, Nadja Buttendorf’s three-armed sweater exists in two sizes: Nadja and Schicki.

The work Green Screen To Edit After Effects Photoshop Key Square Uni-sex Clothing refers to the found footage pictures “redirect-4377.jpg” and “redirect-4373.jpg” which Buttendorf found while searching online for green screen clothing for her live streams. The green screen that becomes transparent in post-production can be replaced by any motif, image, background etc. and also carries the gallery space in itself. The green square is printed on demand in the artist's studio on textile brought along. 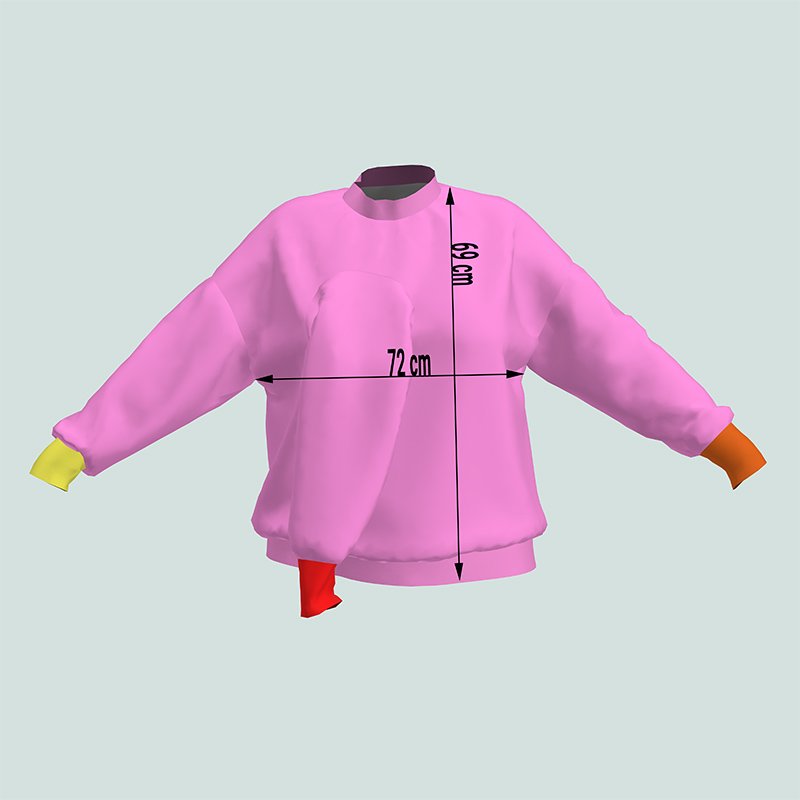 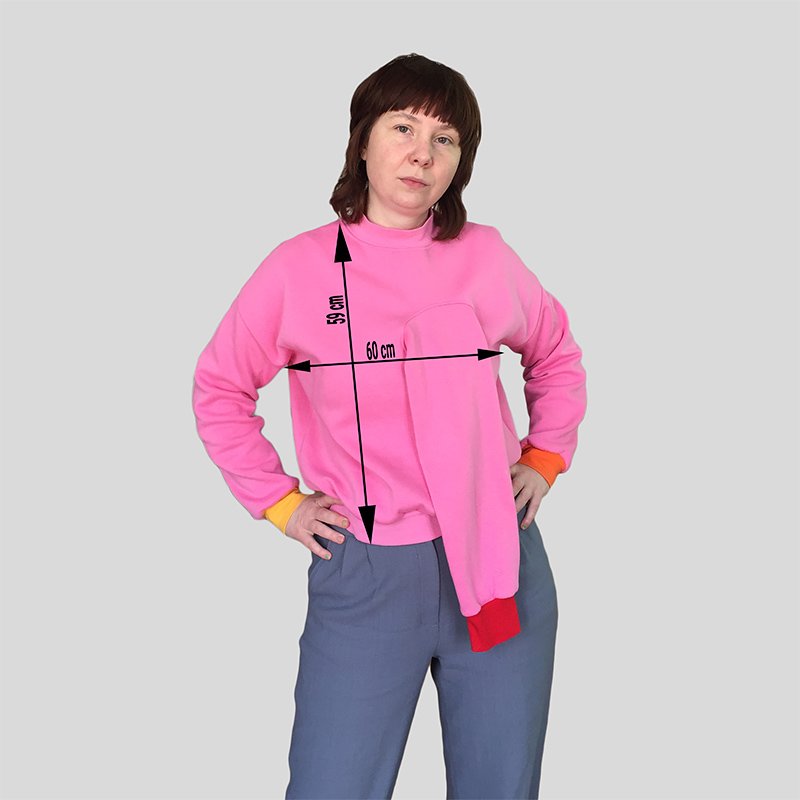 Sebastian Schmieg’s show „Search by Image, Recursively“ consists of five videos displaying a multiplicity of images that follow each other at high speed. Each of the videos is a result of a Google image search which was carried out as a recursive search process in hundreds of steps. With the help of this process, videos were created in which the second image looks most similar to the first image, the third image looks most similar to the second image, and so on and so forth. Sebastian Schmieg determined this similarity image by image with the help of Google's “Search by Image” function: Instead of searching with words, one uploads an image and receives similar images as a result. Employing this method, two photos of the empty gallery have been interpreted by Google as a question, placed in the archive of circulating images and filled with a "path" through this archive. Just as the photos of the gallery are now repeatedly transformed and manipulated by various artists, the archive also appears in ever new forms, and so the images in the Google archive also become visible as copies of copies of copies.

Users of Google's Search by Image can also specify which color the found images should have. Using this limitation, Sebastian Schmieg has created three videos that are taking a black, a white, and a transparent image, respectively, as their starting point. Each of the following images is then taken from a subset of Google's archive, consisting of only black, only white, and only transparent images. The three resulting videos convey an uncanny and strange impression. It is as if we’re inside the machine, the algorithm, and we’re witnessing the execution of its logic from within. Sometimes, however, the meandering path displayed in the videos is also funny: from the Black Square to a football, to signs indicating sports activities, leisure, and praying, to the logo of King County leading to the logo of a bulldog, and then on to 17th century Dutch still life paintings to interior decoration („Starting with a Black PNG“). The second (“Transparent”) video starts with black and white architectural elements jumping to kitschy coffee mugs (used in architectural offices?) and then develops into a colorful parade of emoticons, calendar icons, sun symbols, runes, biohazard warnings, police badges, logos of karate associations, to the East African Business Council and to “100% off!” – an emotional roller coaster. The third (“White”) displays jewelry, jewelry, jewelry and then white paper, wallpaper, stones, beans, peas, borders fences, phallic smoke stacks, obelisks and church towers, and continues on to baking and milling machines, diesel generators and cryptic diagrams. The algorithm sees patterns where we don’t see any. An alternative title for this work could be therefore: „Inside machine vision.“ 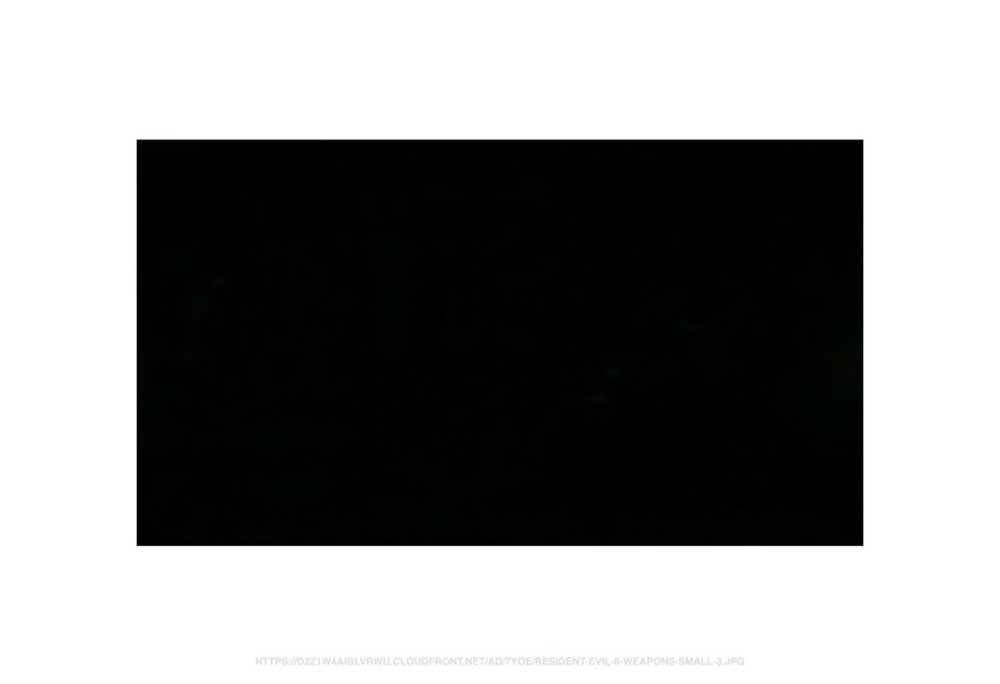 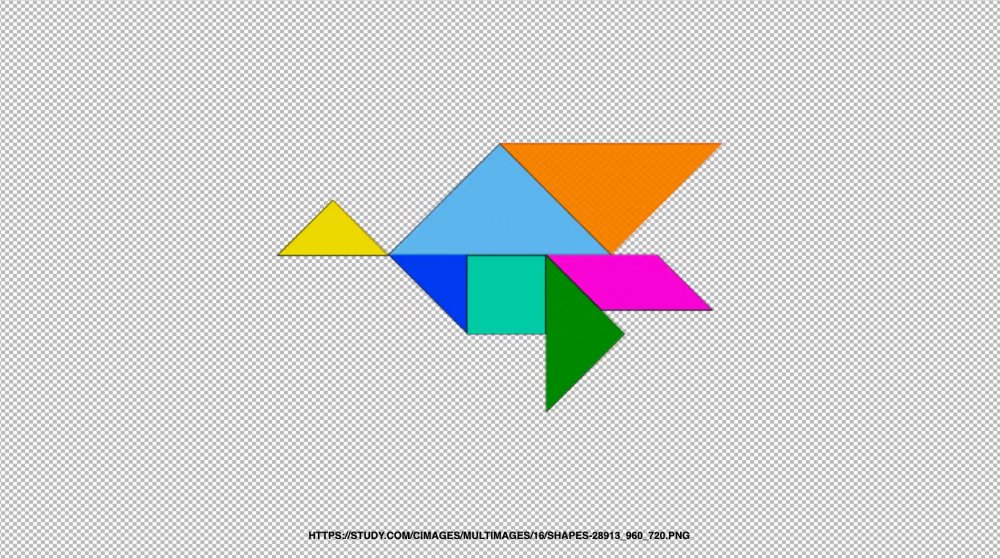 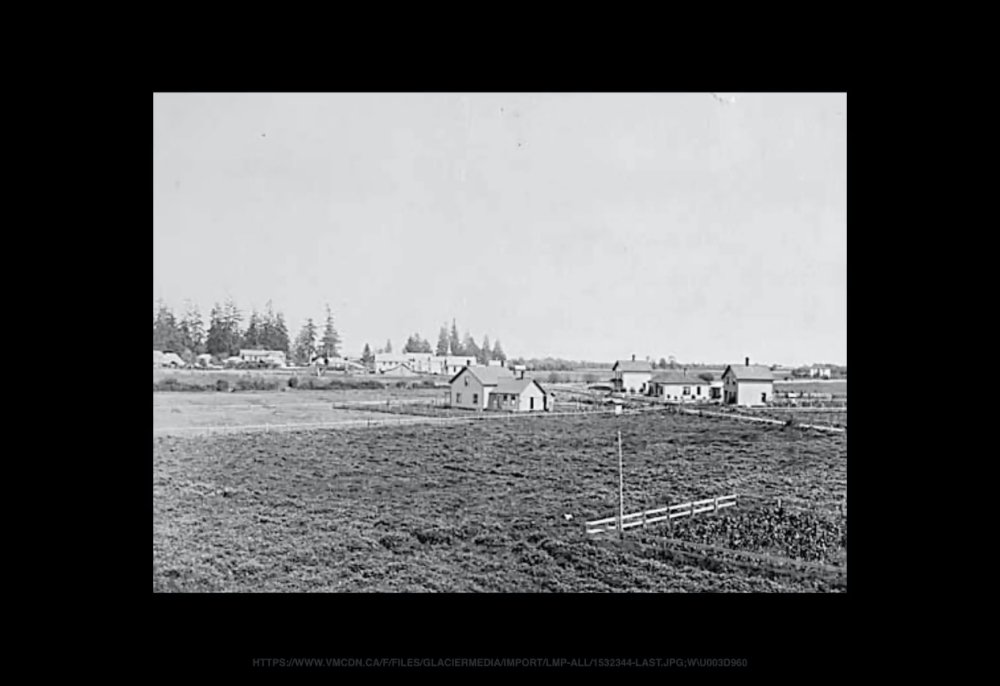