Gagosian presents Pat Steir: Paintings, Part II, to conclude the summer season in Rome. Focused around a suite of tall and majestic paintings, the gallery has been entirely rehung with the artist’s collaboration to create new dialogues between works from different recent series. 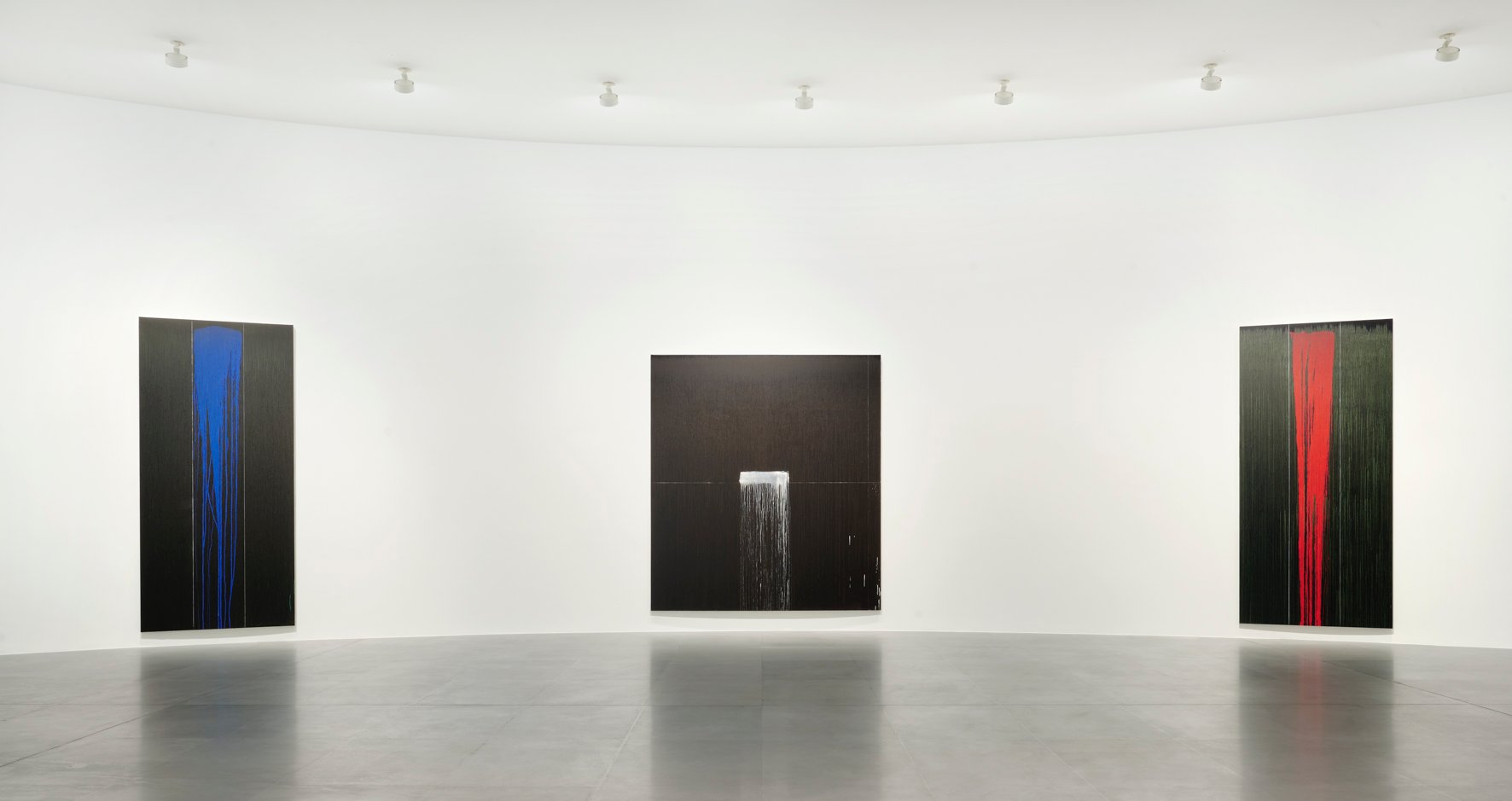 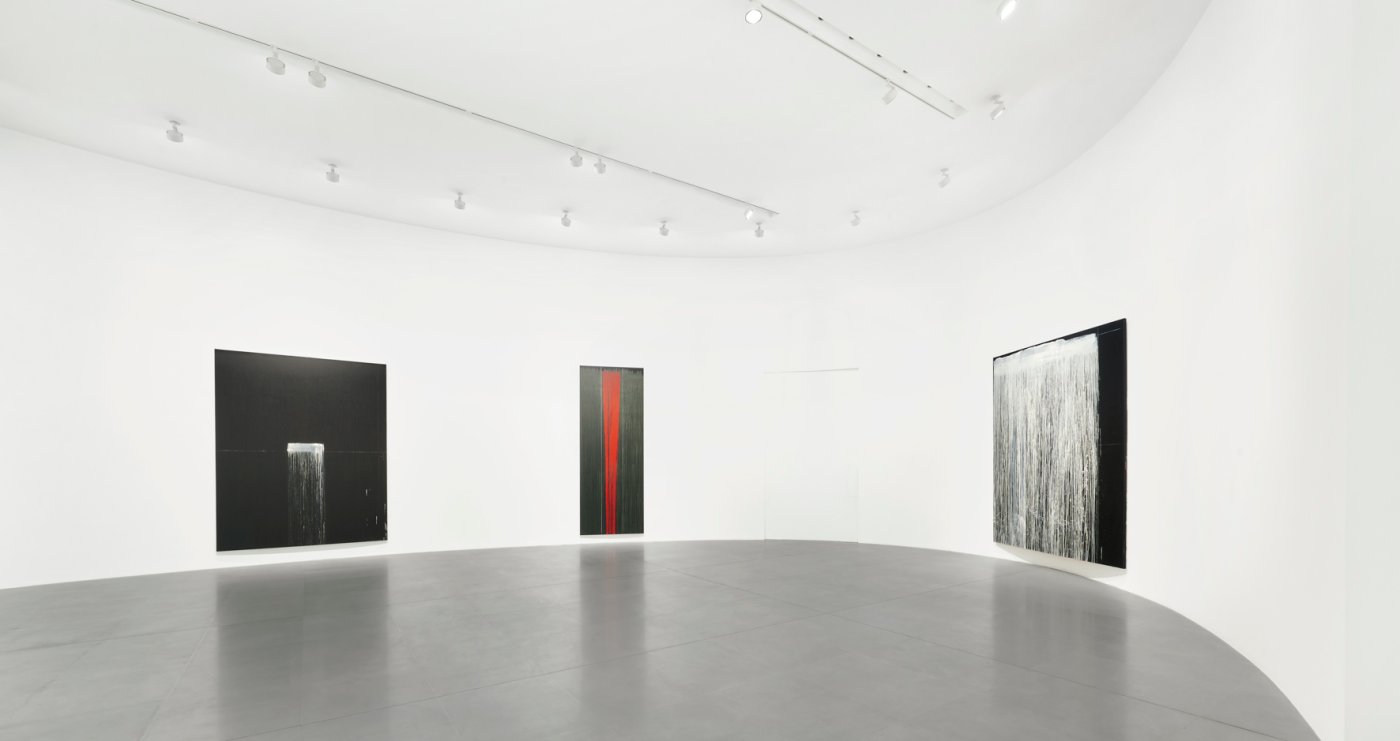 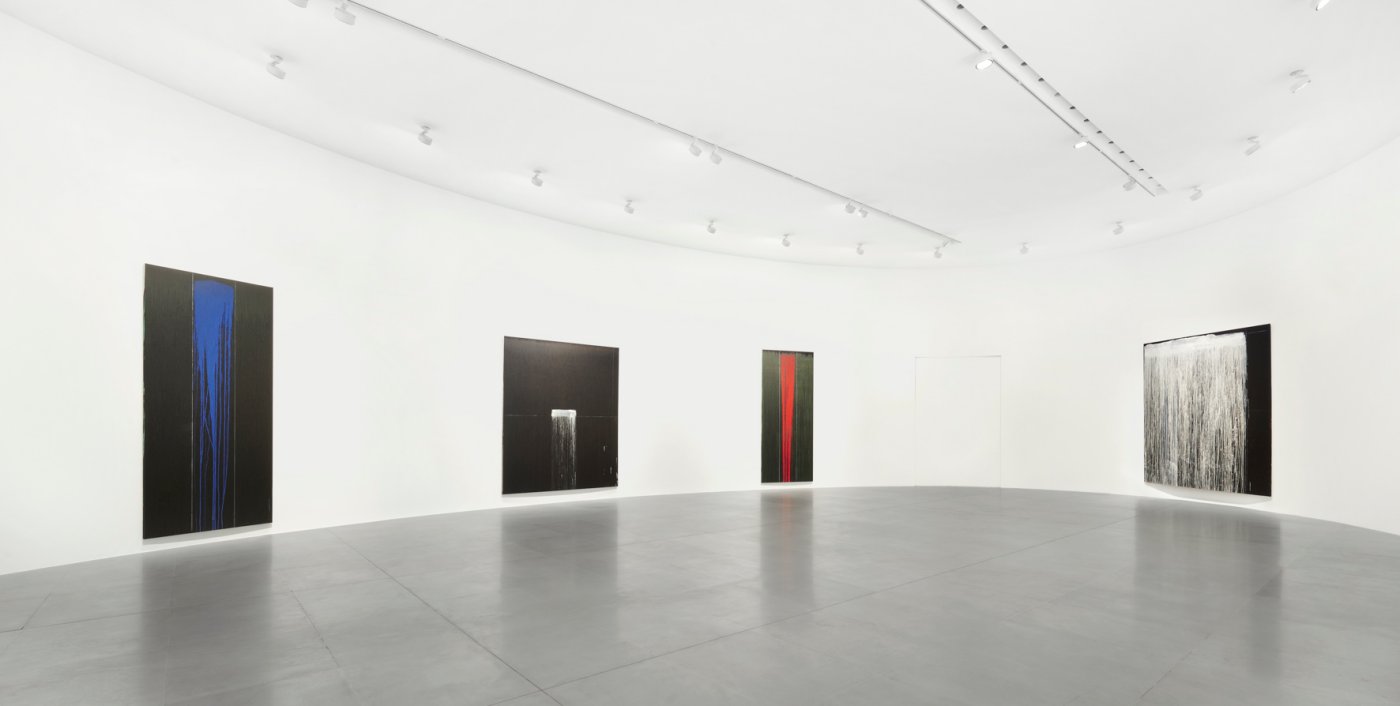 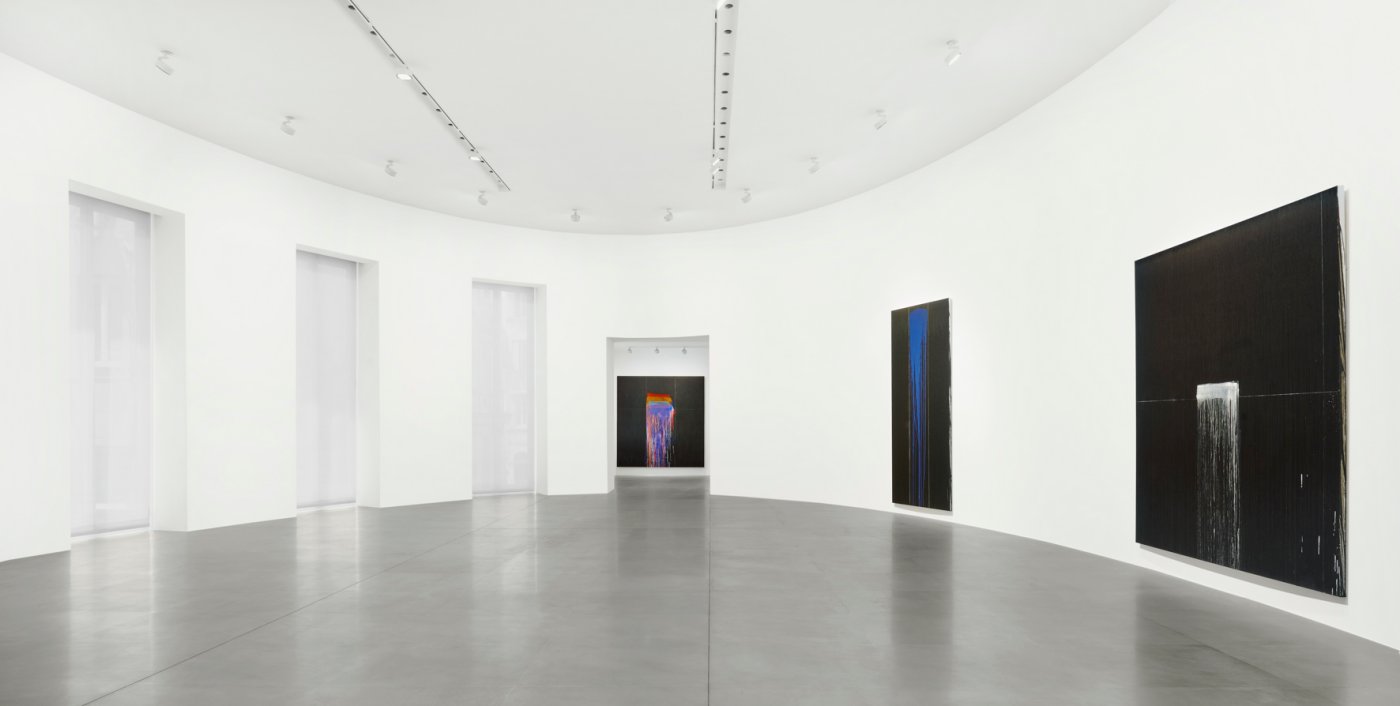 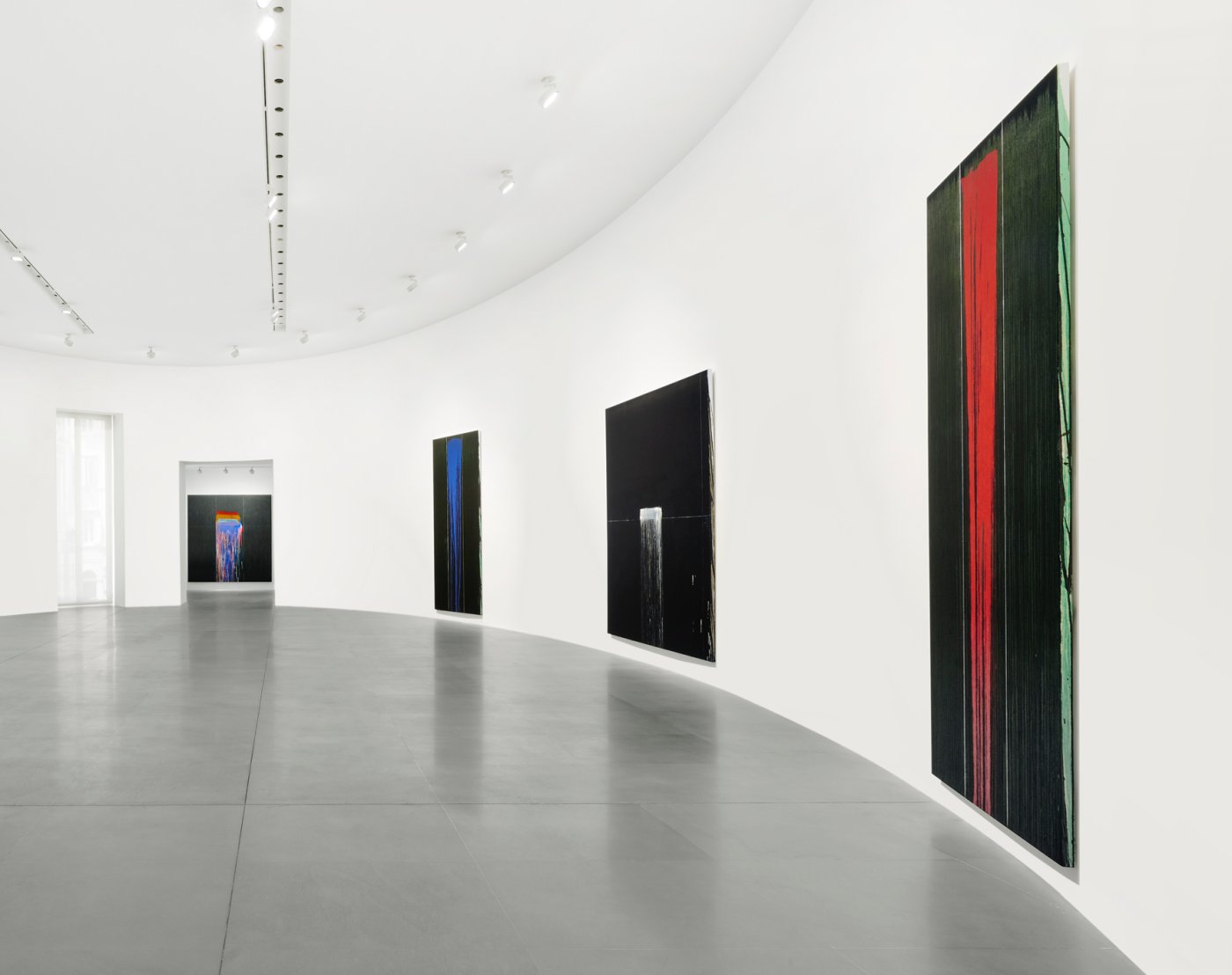 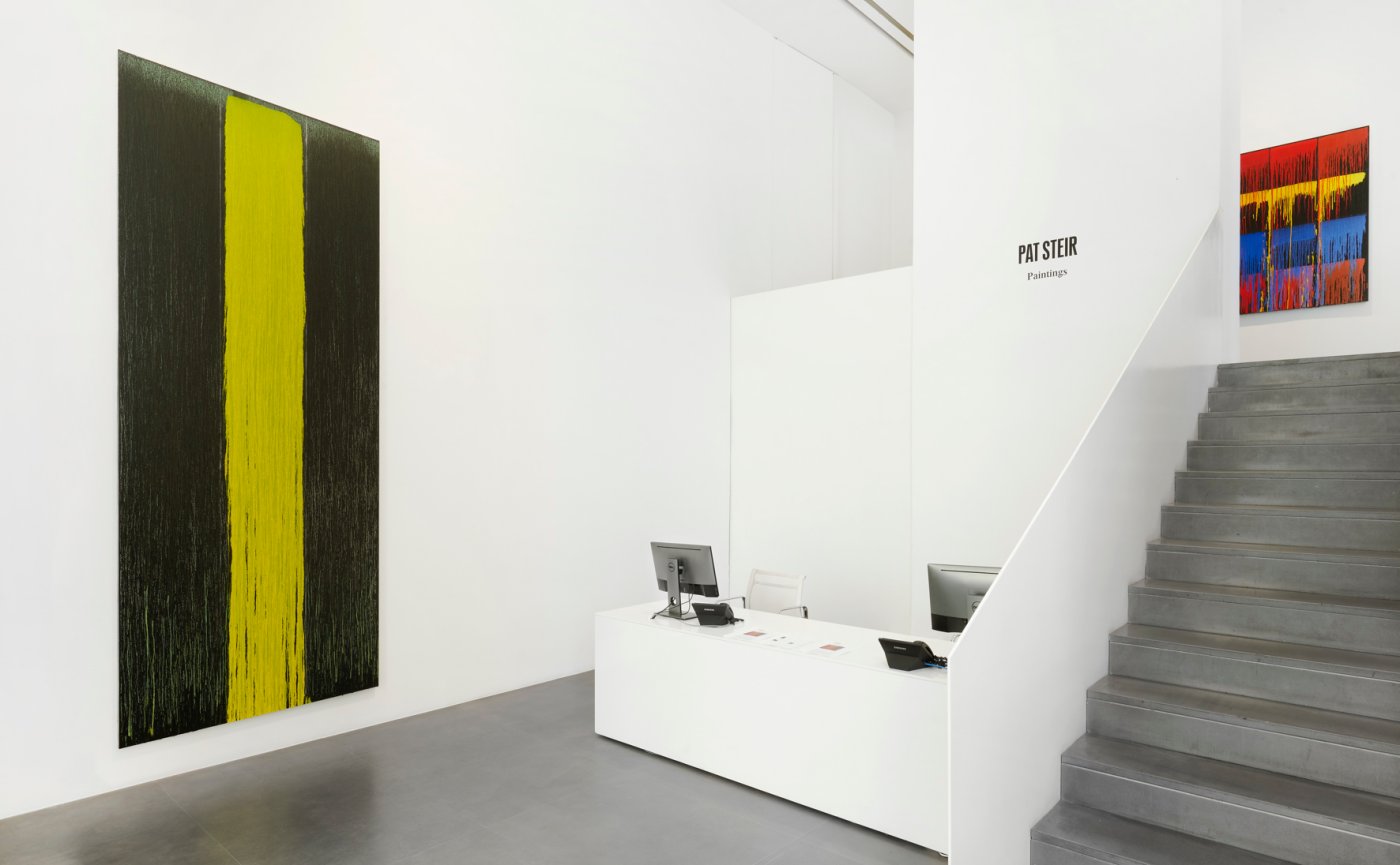 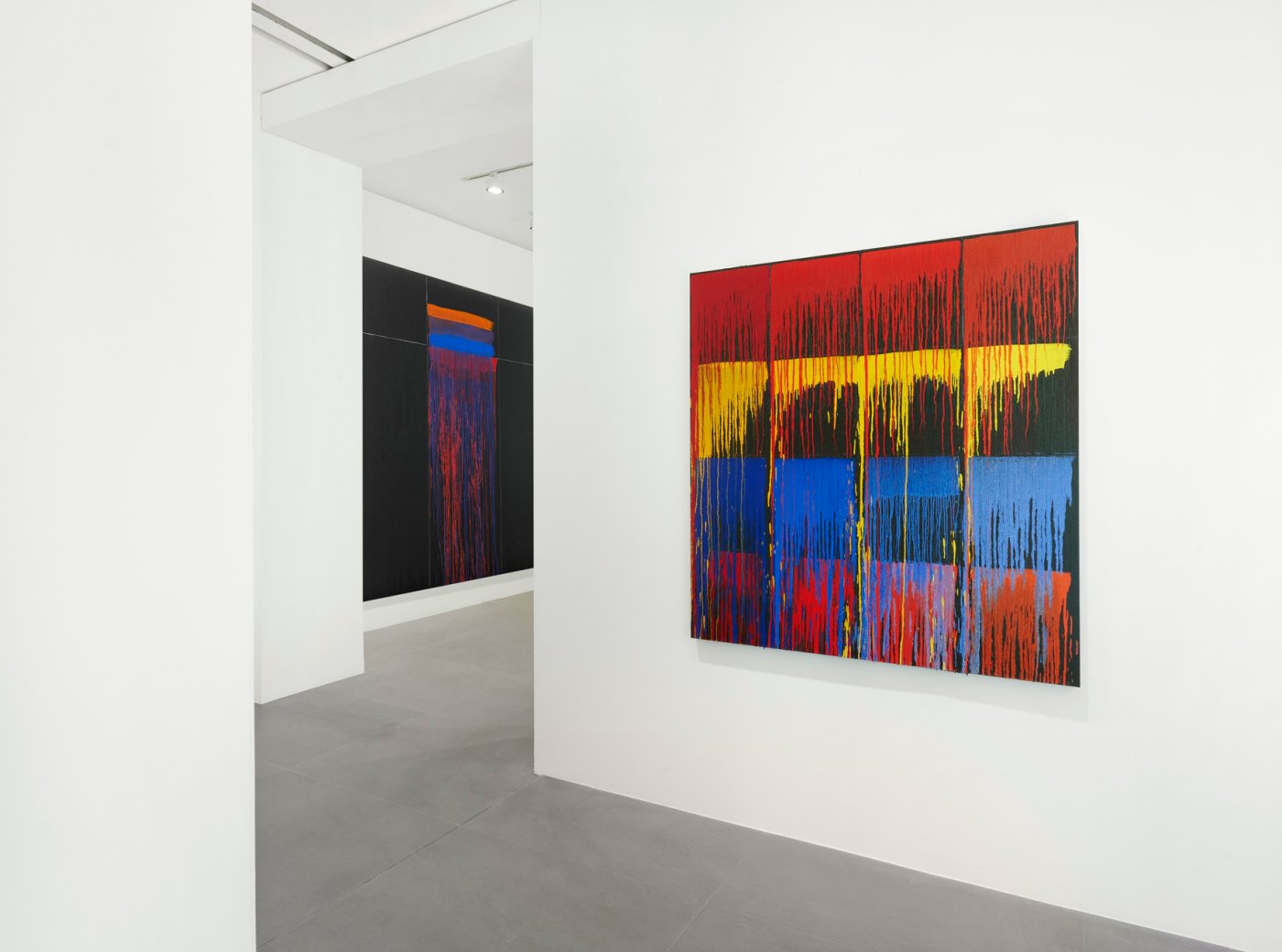 Newman’s provocation riffed on the title of Edward Albee’s controversial play Who’s Afraid of Virginia Woolf?, an attack on the false optimism and myopic confidence of modern society. In his version, Newman raised enduring questions about the past and future of painting, responding to the earlier iconoclastic gestures of Aleksandr Rodchenko and Piet Mondrian as well as the climate of sober minimalism that had emerged in America, from the deathly late works of Ad Reinhardt and Mark Rothko to the black paintings of Frank Stella. Subsequently across time, painters such as Brice Marden, Philip Taaffe, Kerry James Marshall, and others have been moved to respond to Newman in highly individuated ways with works that reaffirm the vitality of their medium. Steir adds her own bold contribution to this painterly discourse with Red Pour, Yellow Pour, and Blue Pour (all 2022), a suite of three identically sized paintings. In liberating a stream of vivid primary color in a single gesture from the top edge down the center of each somber, blackened canvas, she performs a compositional chance operation that fuses ascetic restraint with unashamed expressiveness. This productive tension creates a lyric response that, though elegiac, is charged with life and its contingencies. Pat Steir is not afraid.