Peter Köhler: Through the Looking-Glass

Peter Köhler: Through the Looking-Glass

Galleri Magnus Karlsson presents Peter Köhler’s sixth solo exhibition at the gallery. Through the Looking-Glass features drawings in ink and acrylic from the last two years and borrows its title from Lewis Carrol’s novel from 1871. 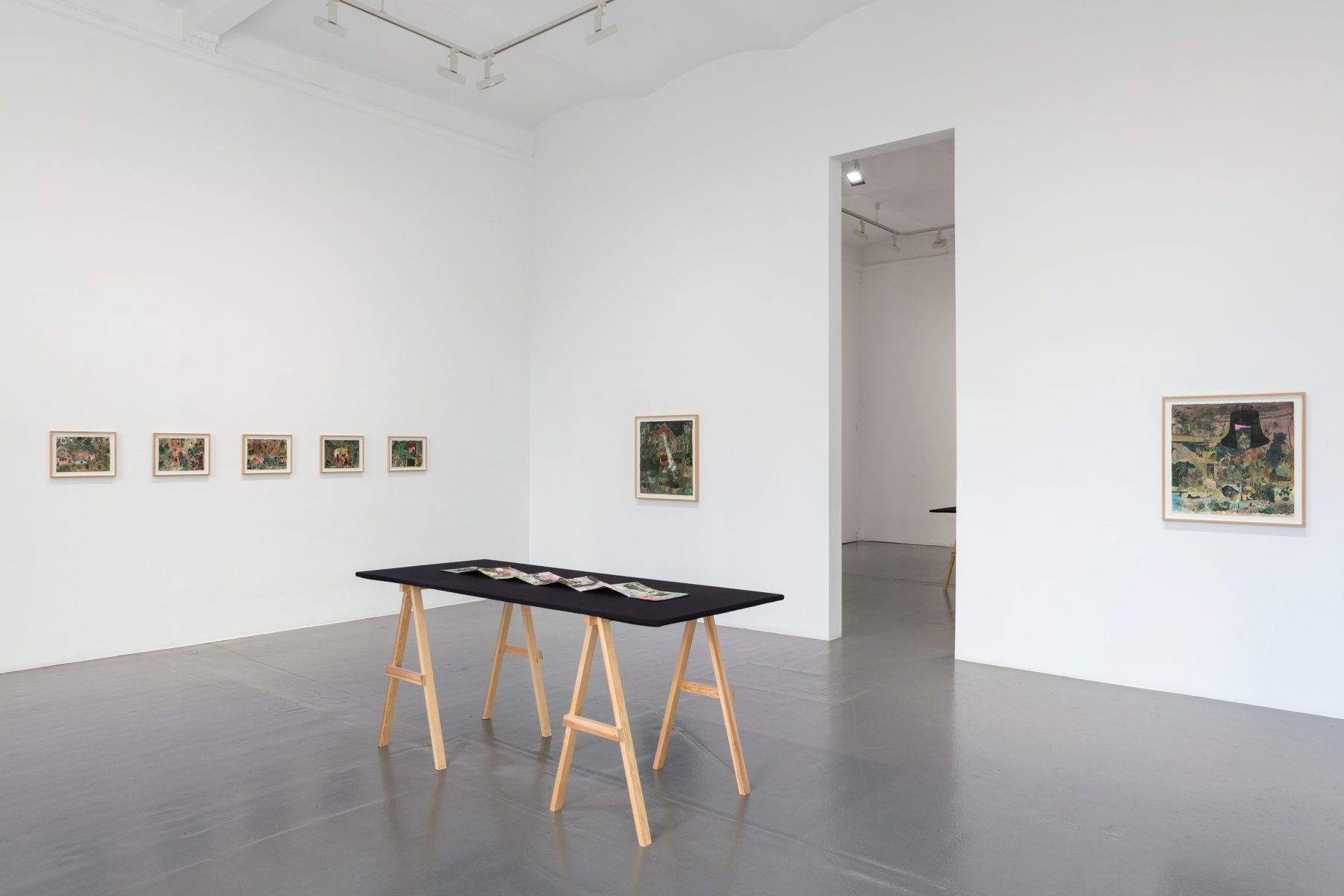 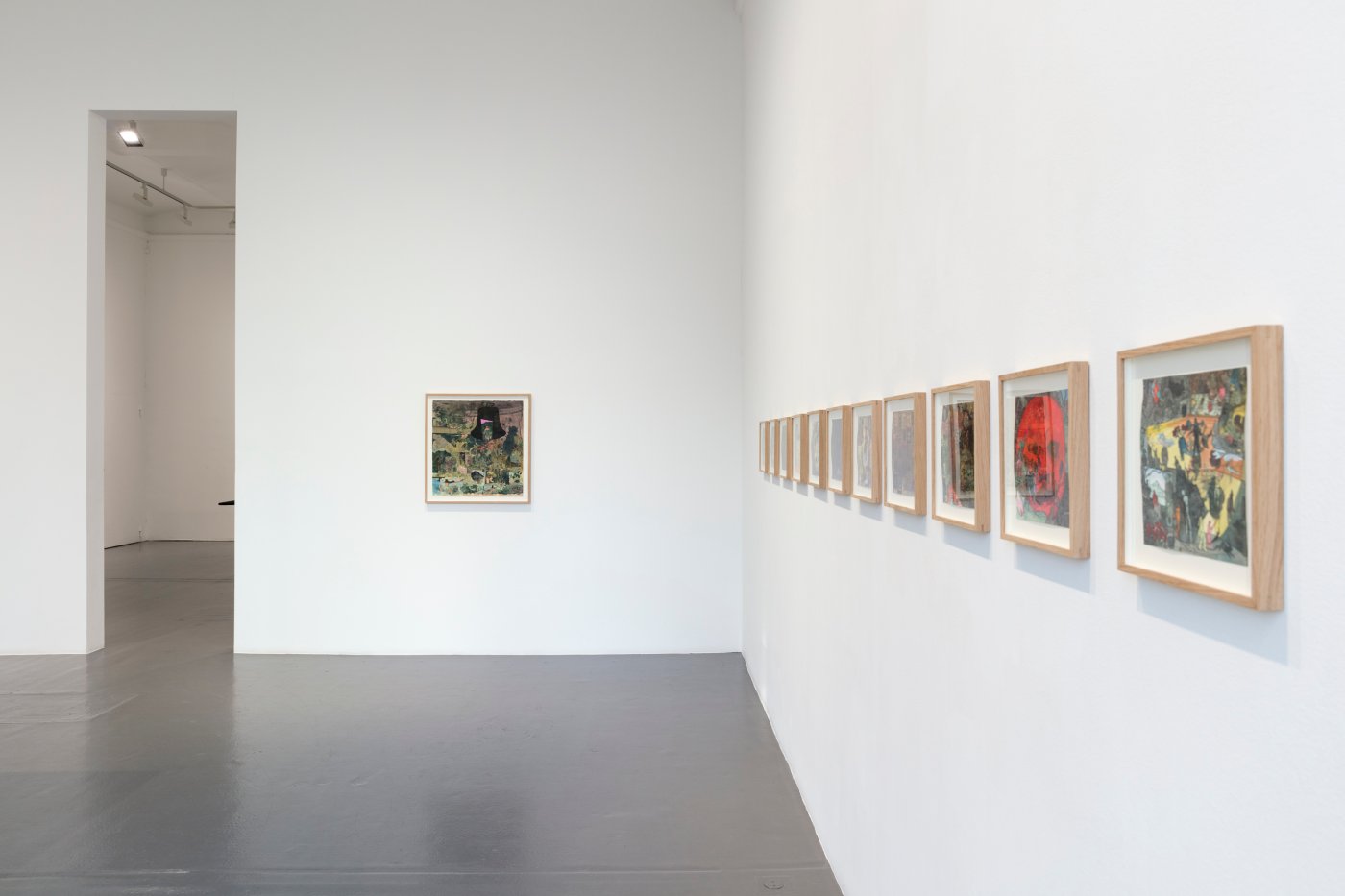 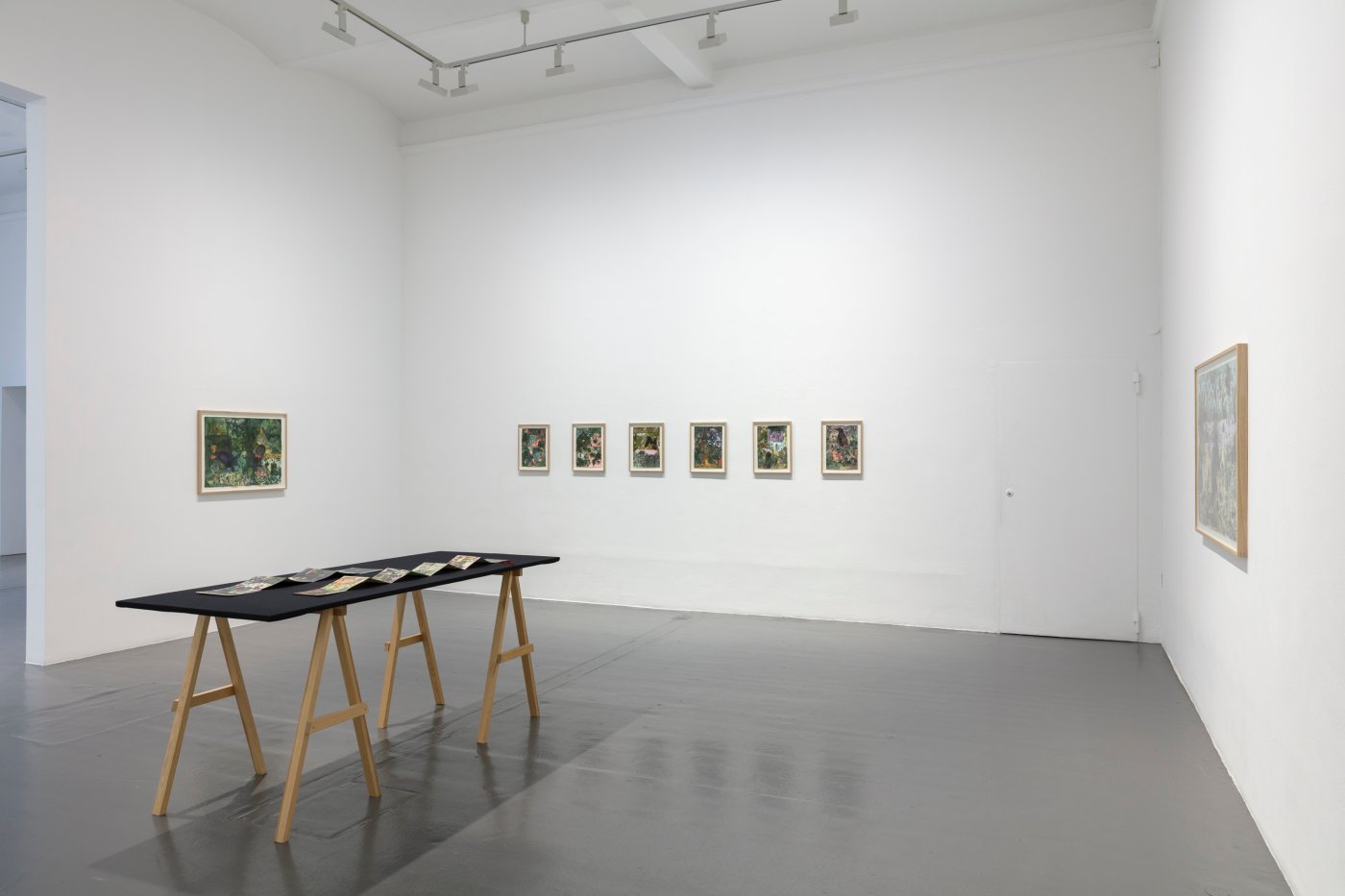 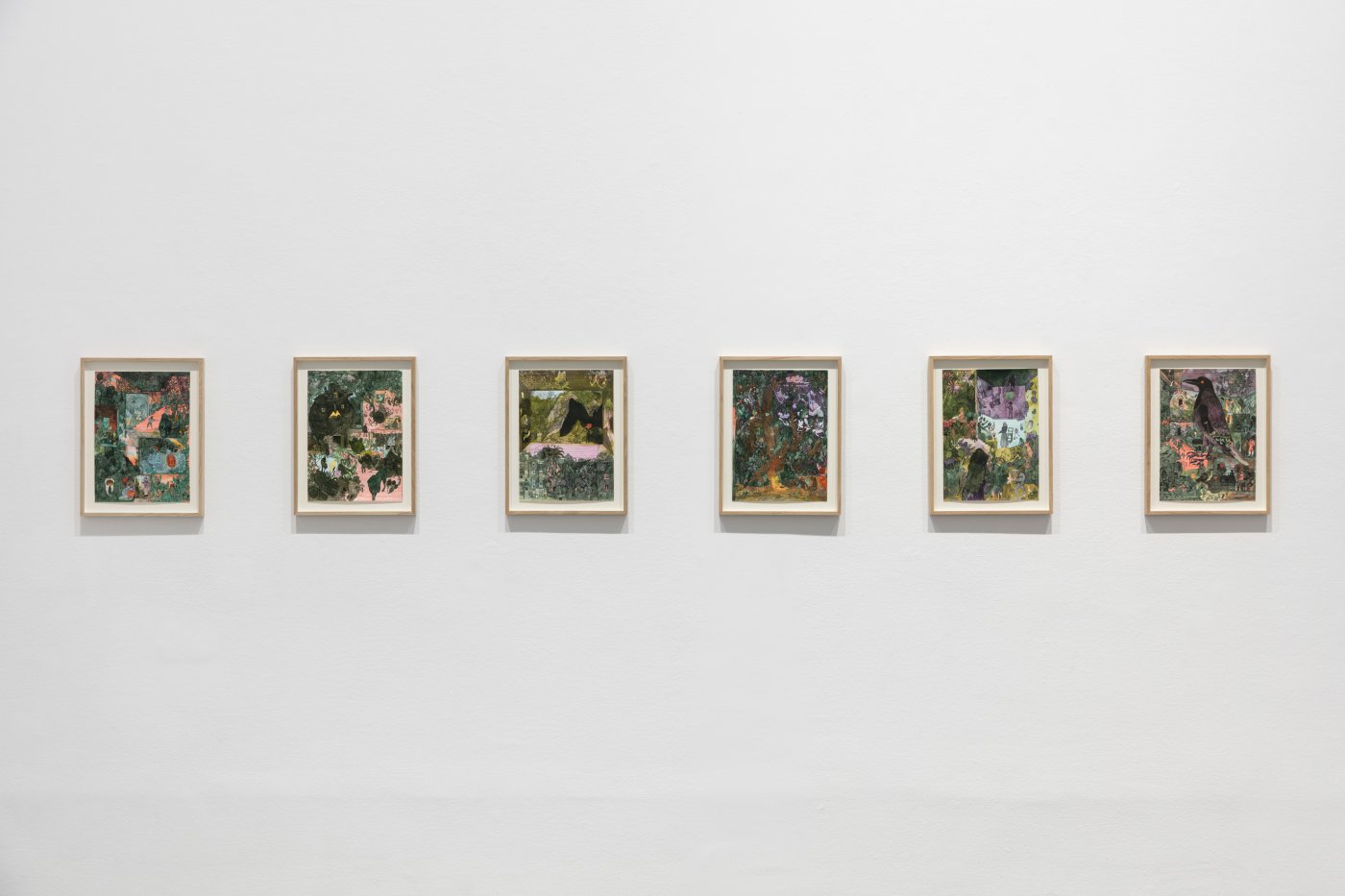 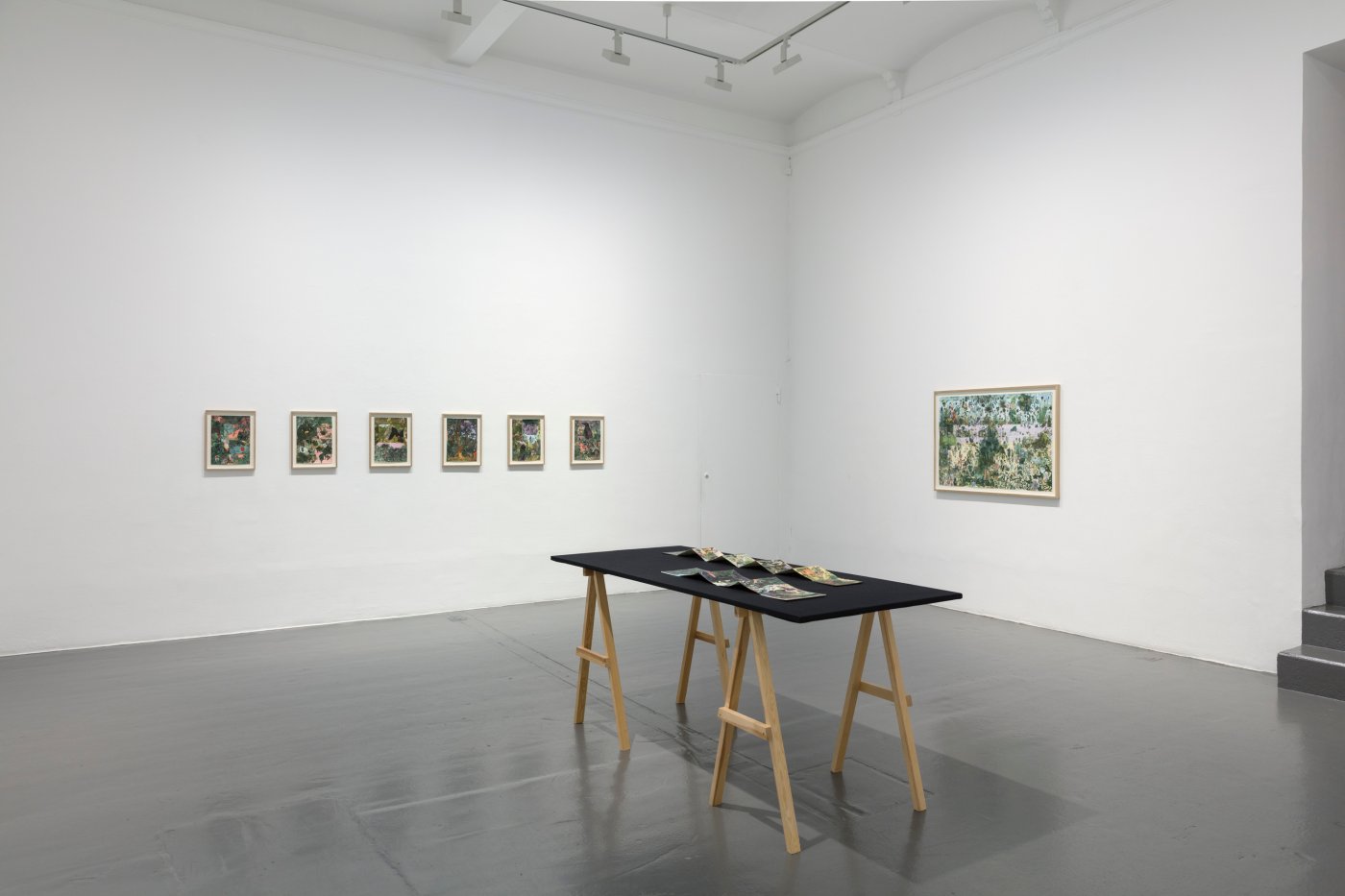 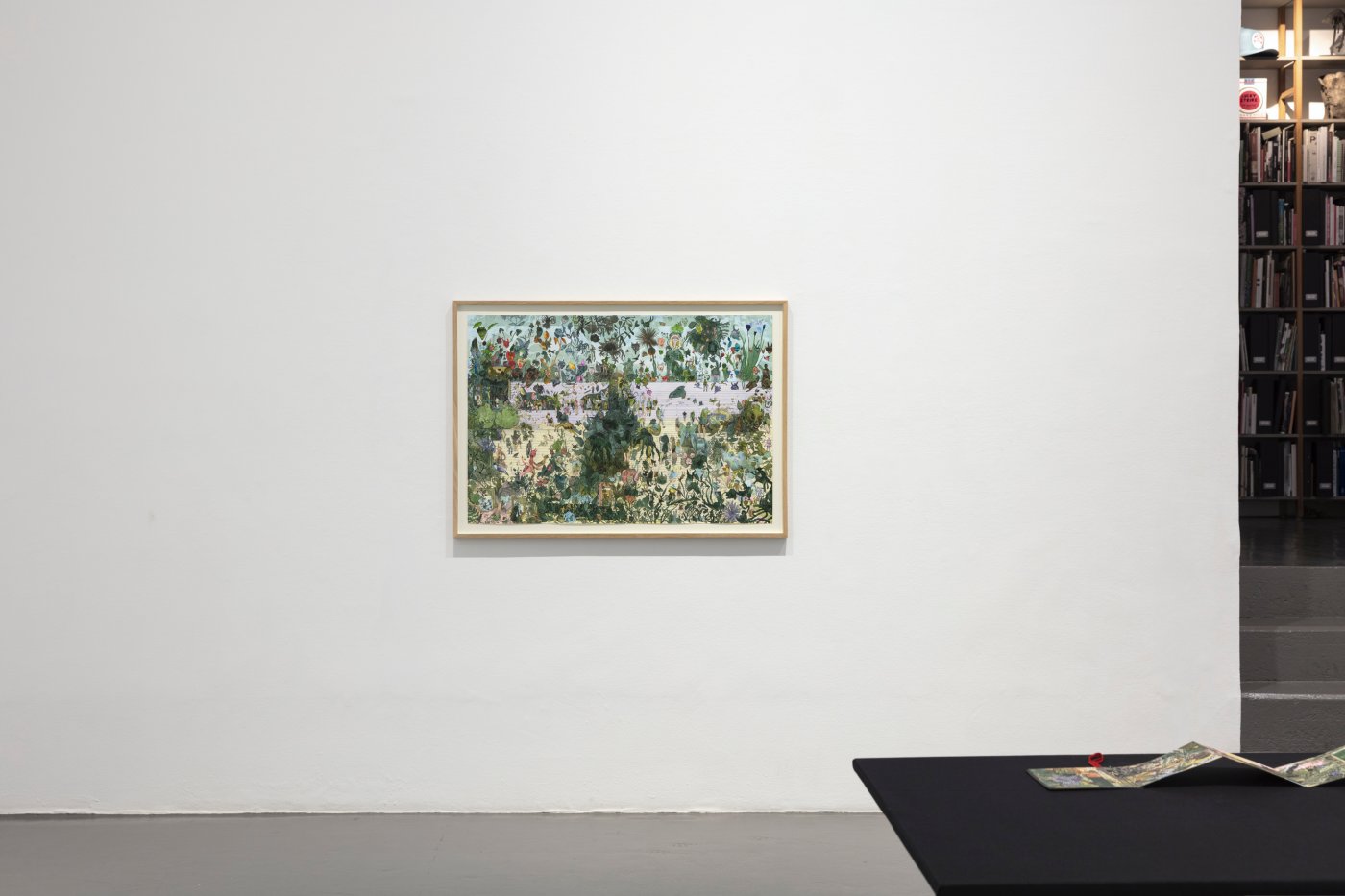 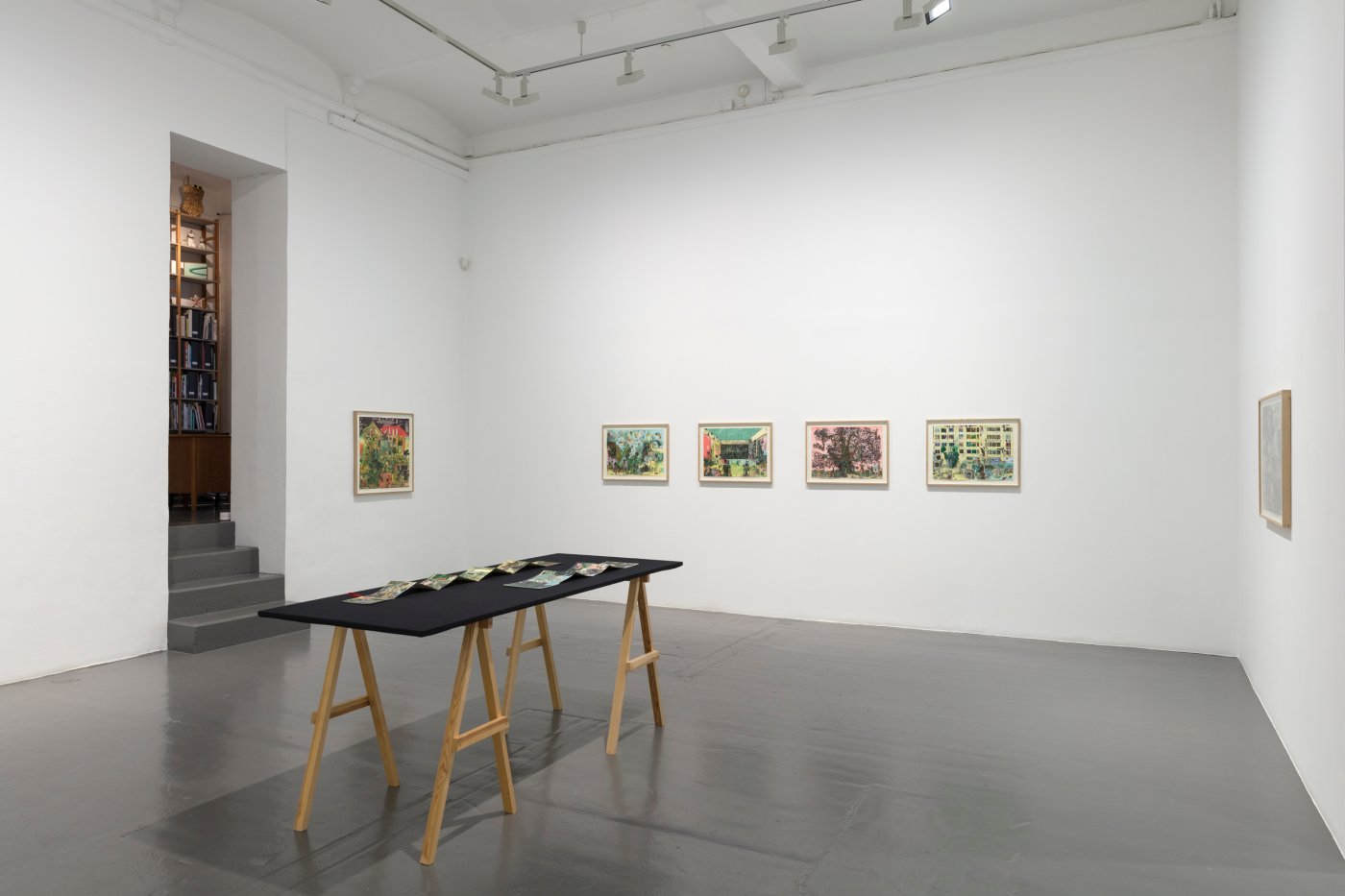 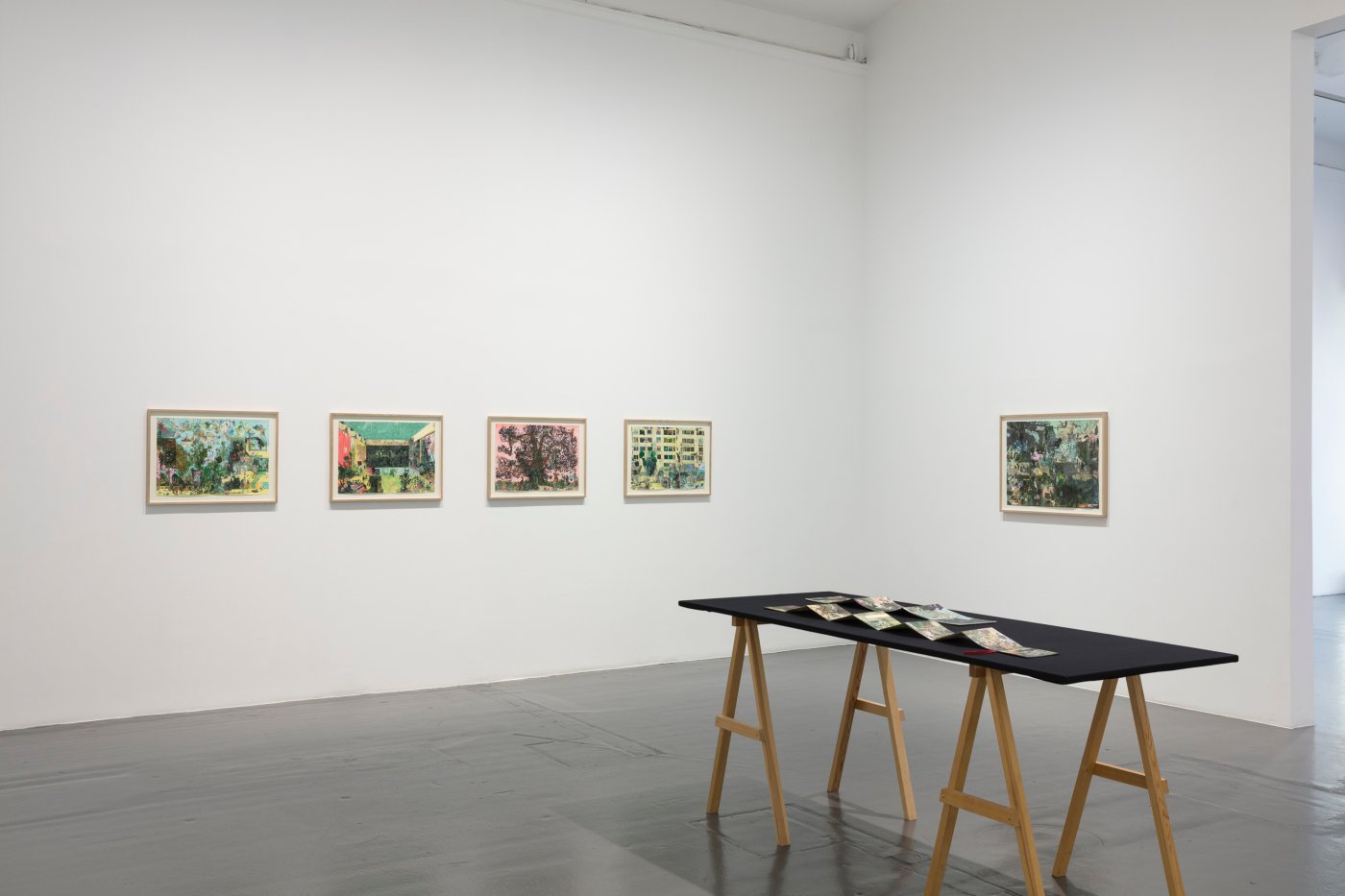 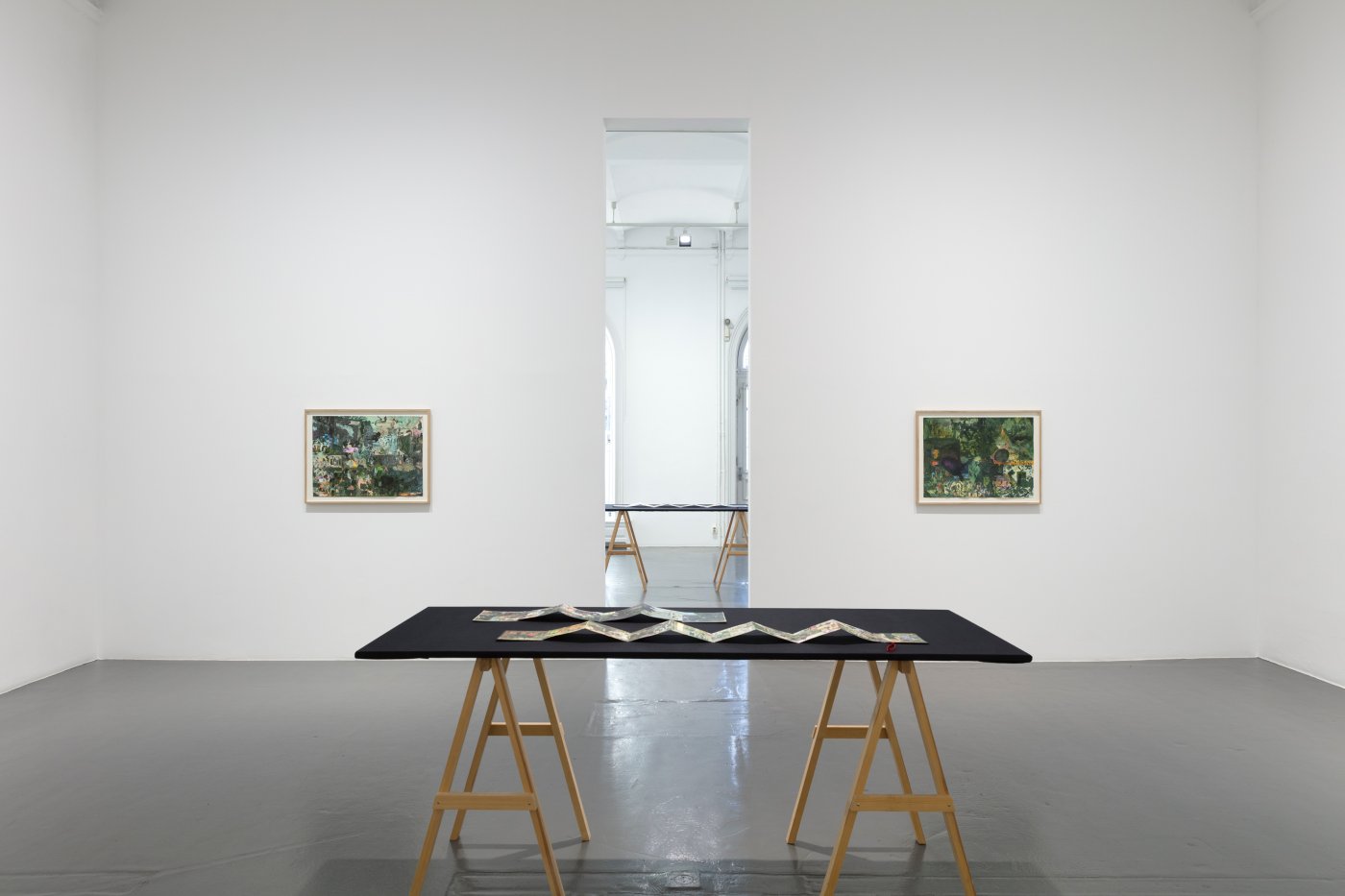 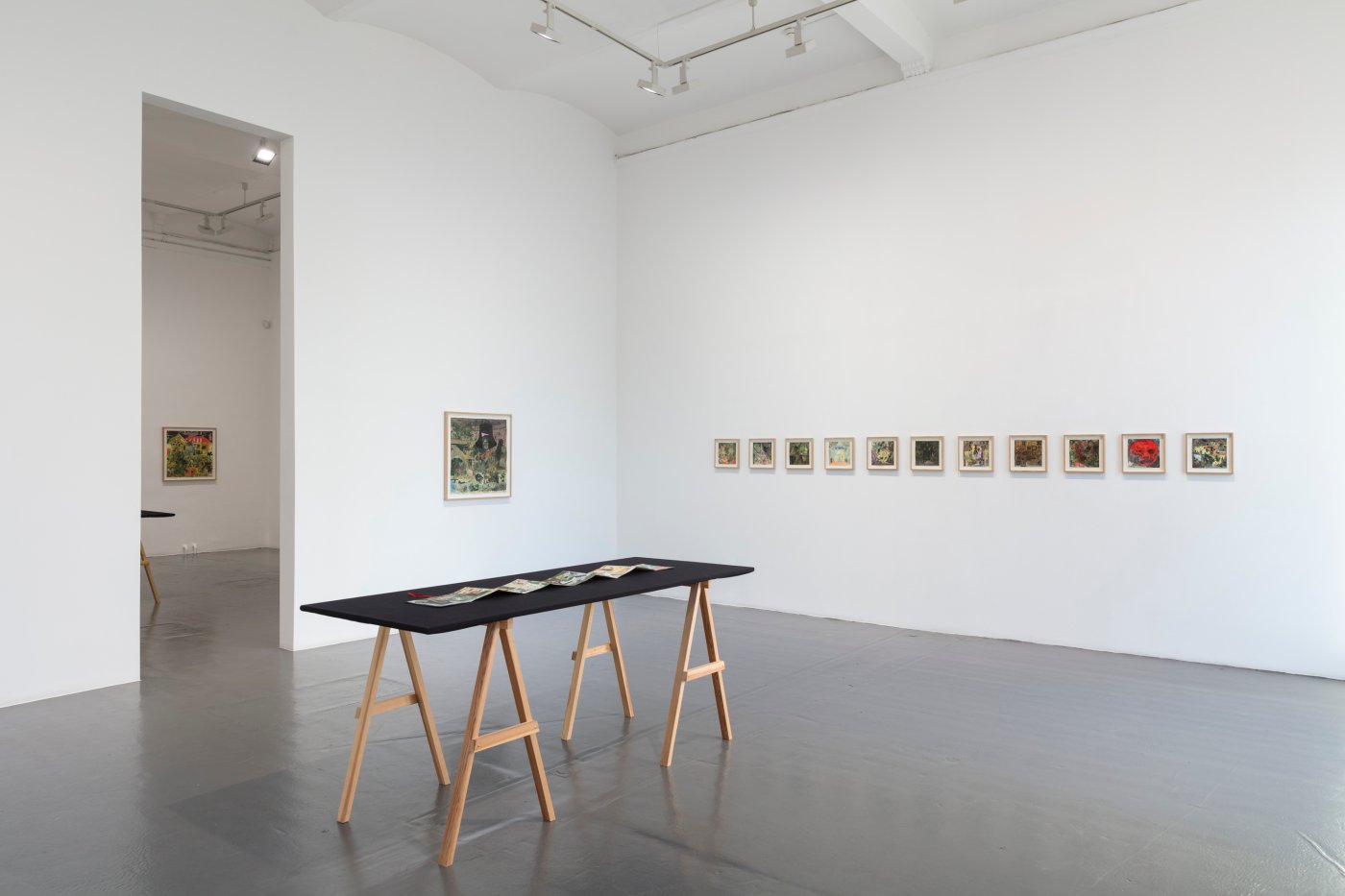 American plant folklorist and author Corinne Boyer has written a text for the exhibition. In connection with the exhibition the gallery publishes a facsimile catalogue of the seven meter long work Black Book (2019) that is in the collection of Moderna Museet, Stockholm.

Through the Looking-Glass
A Portal into the Dark Fairy Tale

The ‘Looking-Glass’ is an older term for a mirror, and in times past even just the word ‘Glass’ would suffice for referring to this object so benign and yet mysterious. As mirrors were once thought to be an opening that led into the spirit world, it is understandable to see them as a portal yet again, when we consider the inner landscapes of artist Peter Köhler. At once, the looking glass becomes an entrance into not only another realm, but into a vast land of strange terrain where things are not at once what they seem.
To travel into the Looking-Glass then, we can expect to experience something extraordinary, at times unsettling, and yet wholeheartedly familiar. For this is the way that not just any fairy tale, but a dark tale works upon the human heart. The desire to understand something other than our comfortable and secure self-created life is powerful. Through the Looking-Glass, there awaits a story begging to be told. As one walks metaphorically into these images, many tender layers unfold. Our own inner secrets and desires are activated, as are the forces that repel them. As we observe the content therein, the shapes that we identify and the colors that we recognize are upon further inspection not what we first encountered. This is because the classic indicators of a dark fairy tale are present: symbols of death and its process, supernatural entities associated with evil powers, uncomfortable or impossible tasks, ill-omened animals and plants, grotesque and beautiful combinations, intertwining together. Along side these elements are in turn the mundane aspects of life, the common pathways that we are used to walking upon. The genius of these works lies in the way that they cleverly entice one closer by the familiar shapes that suddenly transform before our very eyes into something older, darker and far more intriguing than what we first expected.
For it is the attraction into something occult and hidden that dwells within most souls. Lurking within the Looking-Glass are remnants of age-old tales that reveal themselves as not only uncanny characters interacting within a curious theater of both natural and supernatural design. Somehow, we know the tales without the words, for here they are beholden in pictures. The two-dimensional scenes become alive and wake within us a narrative that at once understands the meaning. That is for each person to find for themselves, those who go Through the Looking-Glass and surrender to the complexity of Peter’s atypical detailing of ink and paint. It may come as a surprise what inspirations are born from participating in this exhibition, as a quiet observer. Indeed, that is the work of the artist, to meet the observer in some way in the between spaces, where the golden coins of Memory and the silver threads of Fate are exchanged. It is from that inner place that the art works upon one, and therefor sets into motion its own magics, from the inside out.

Corinne Boyer is a folk herbalist, teacher, and writer with a passion for traditions surrounding plants and folk magic. Her books include Under the Witching Tree (2017) and Under the Bramble Arch (2019) published by Troy Books and Plants of the Devil (2017), Dream Divination: Plants in Northwestern European Traditions (2021) published by Three Hands Press. Her latest book The Witch’s Cabinet (Three Hands Press, 2021) is illustrated by Peter Köhler.