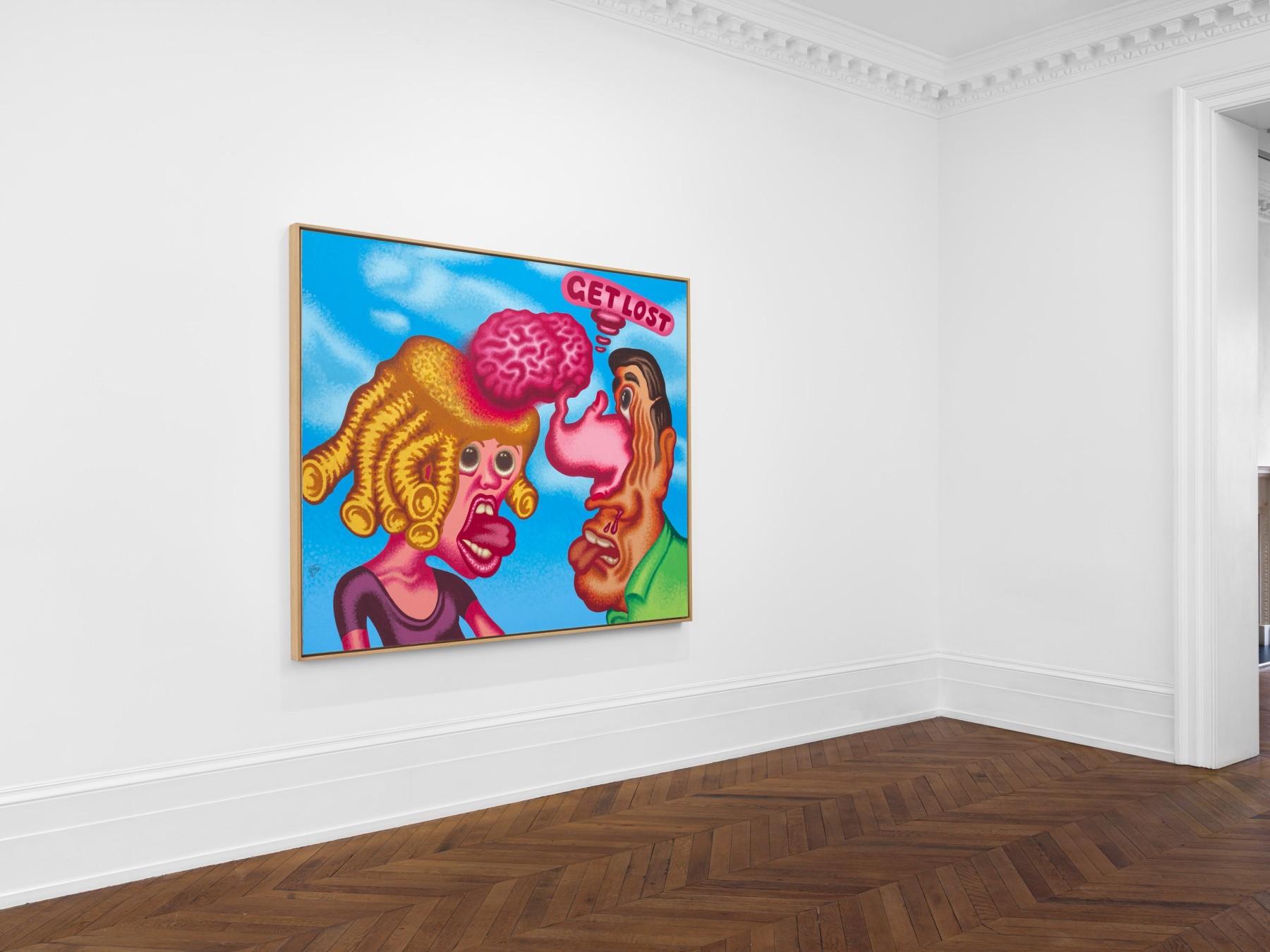 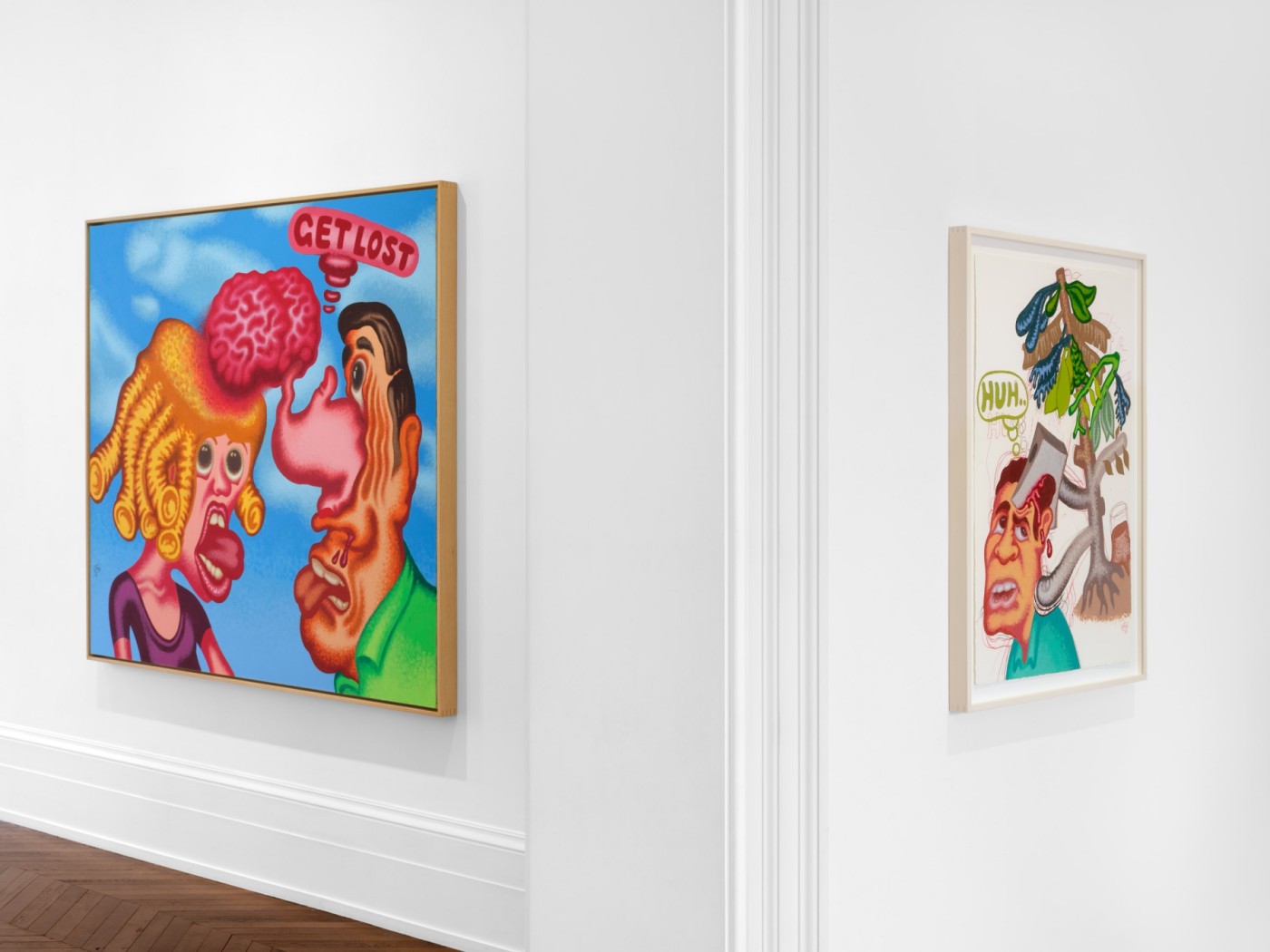 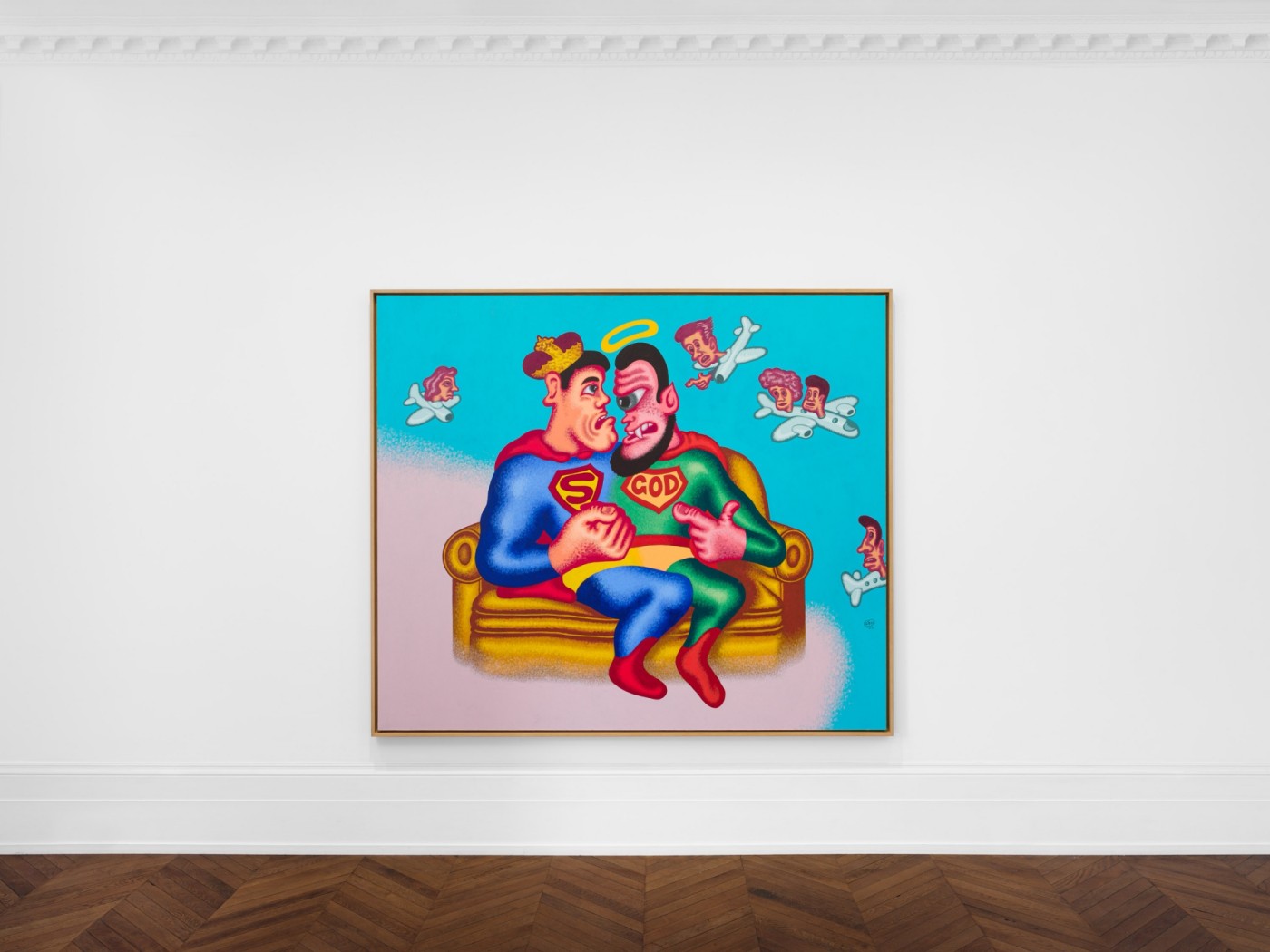 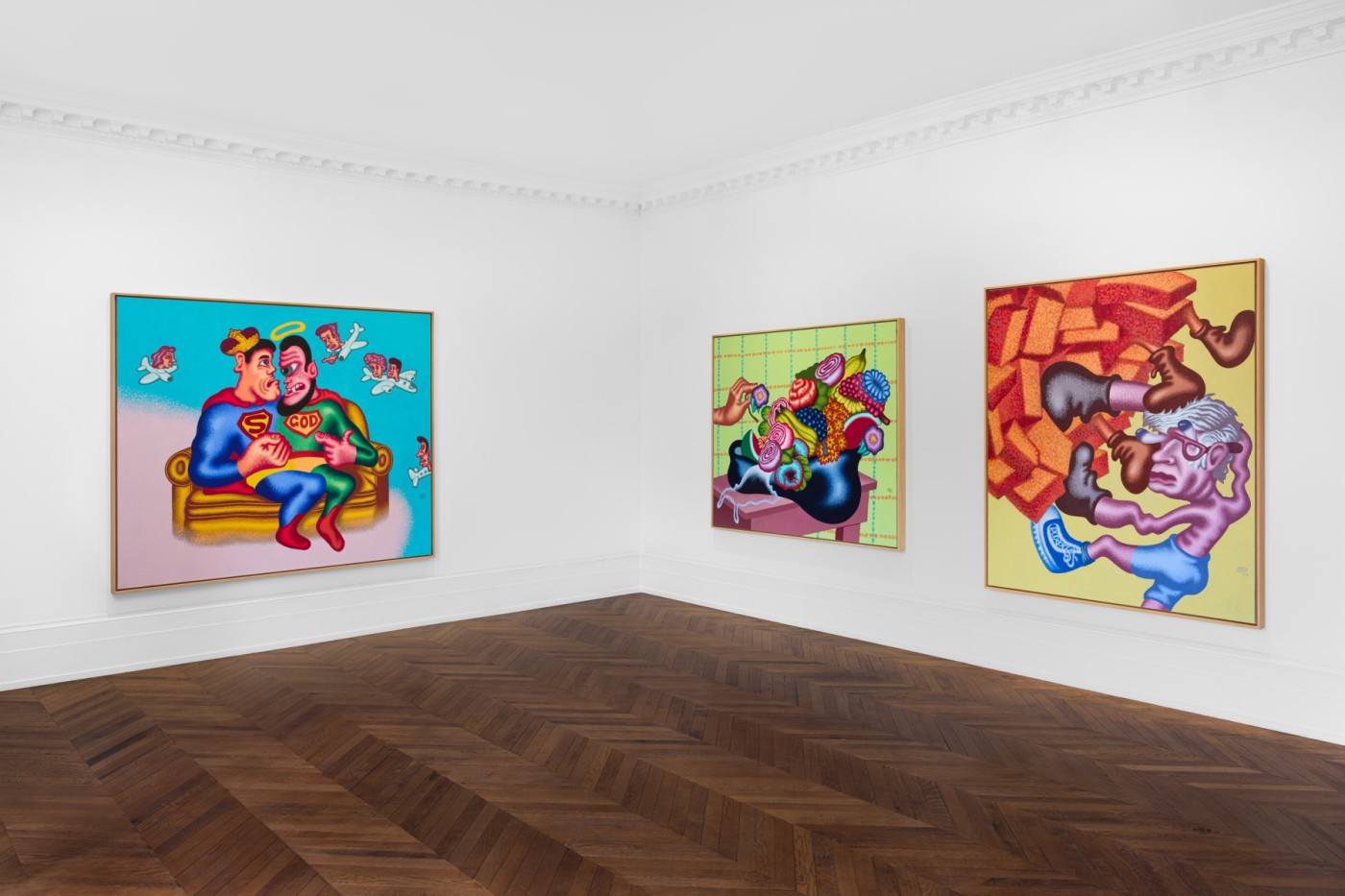 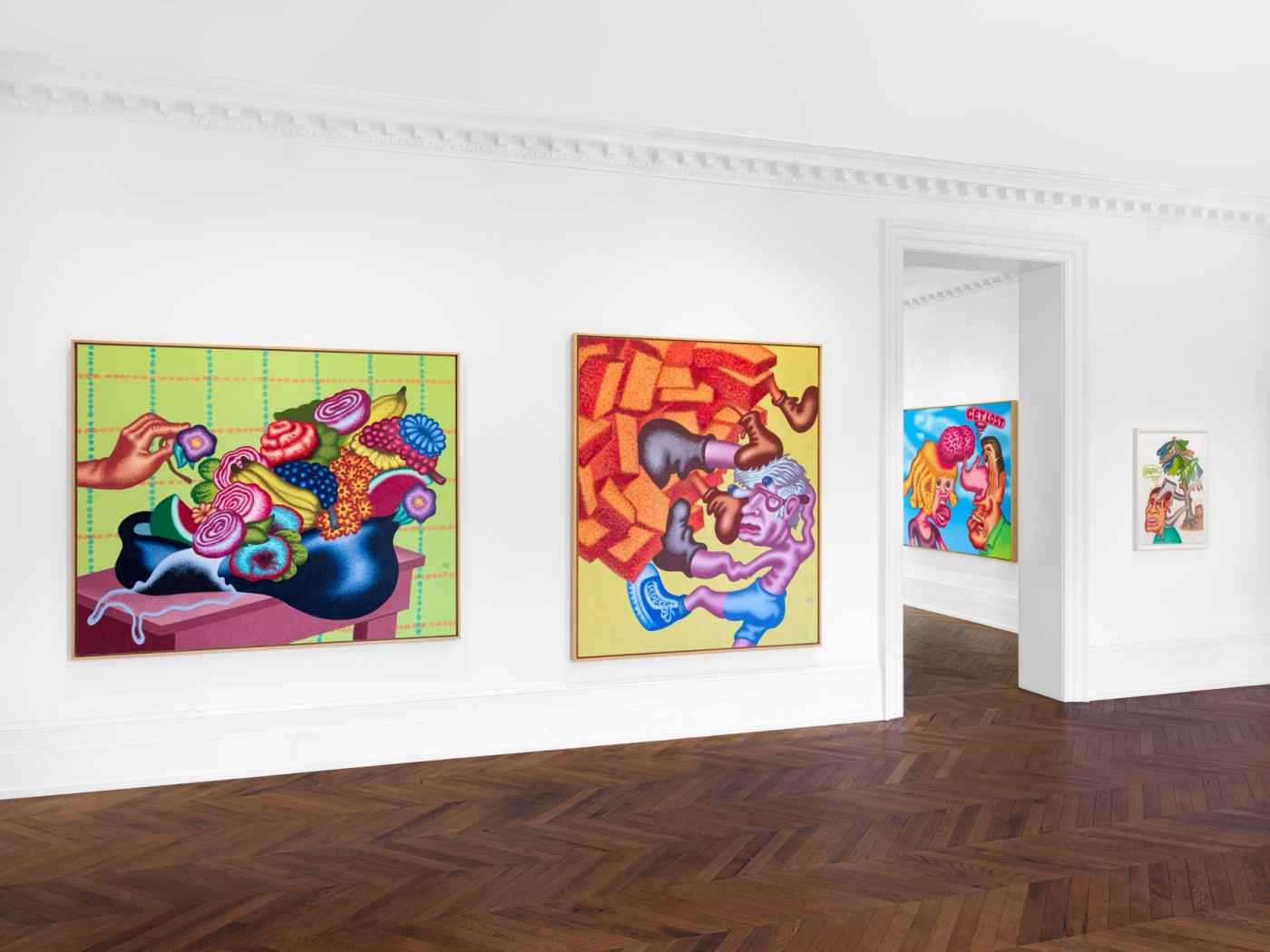 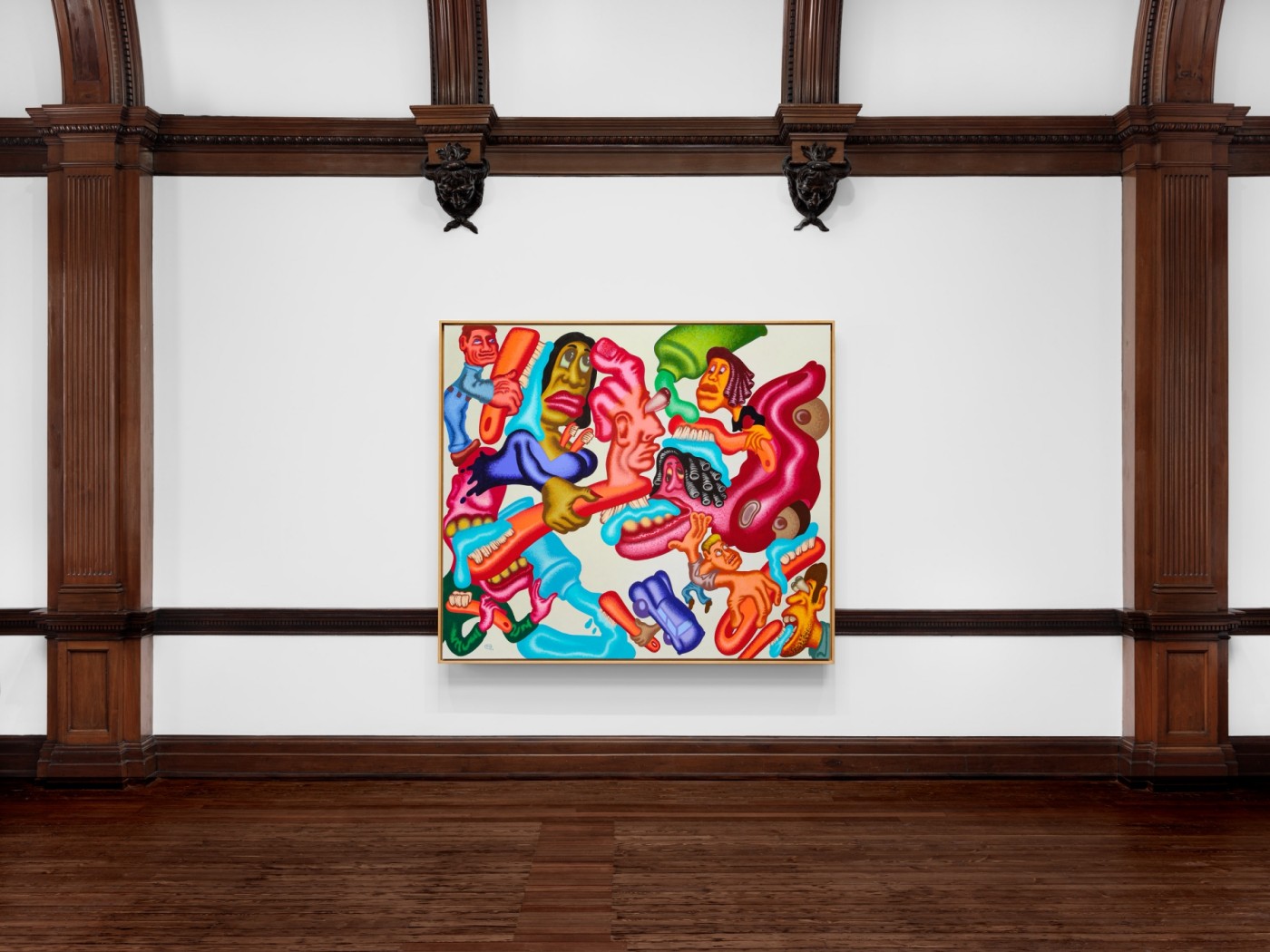 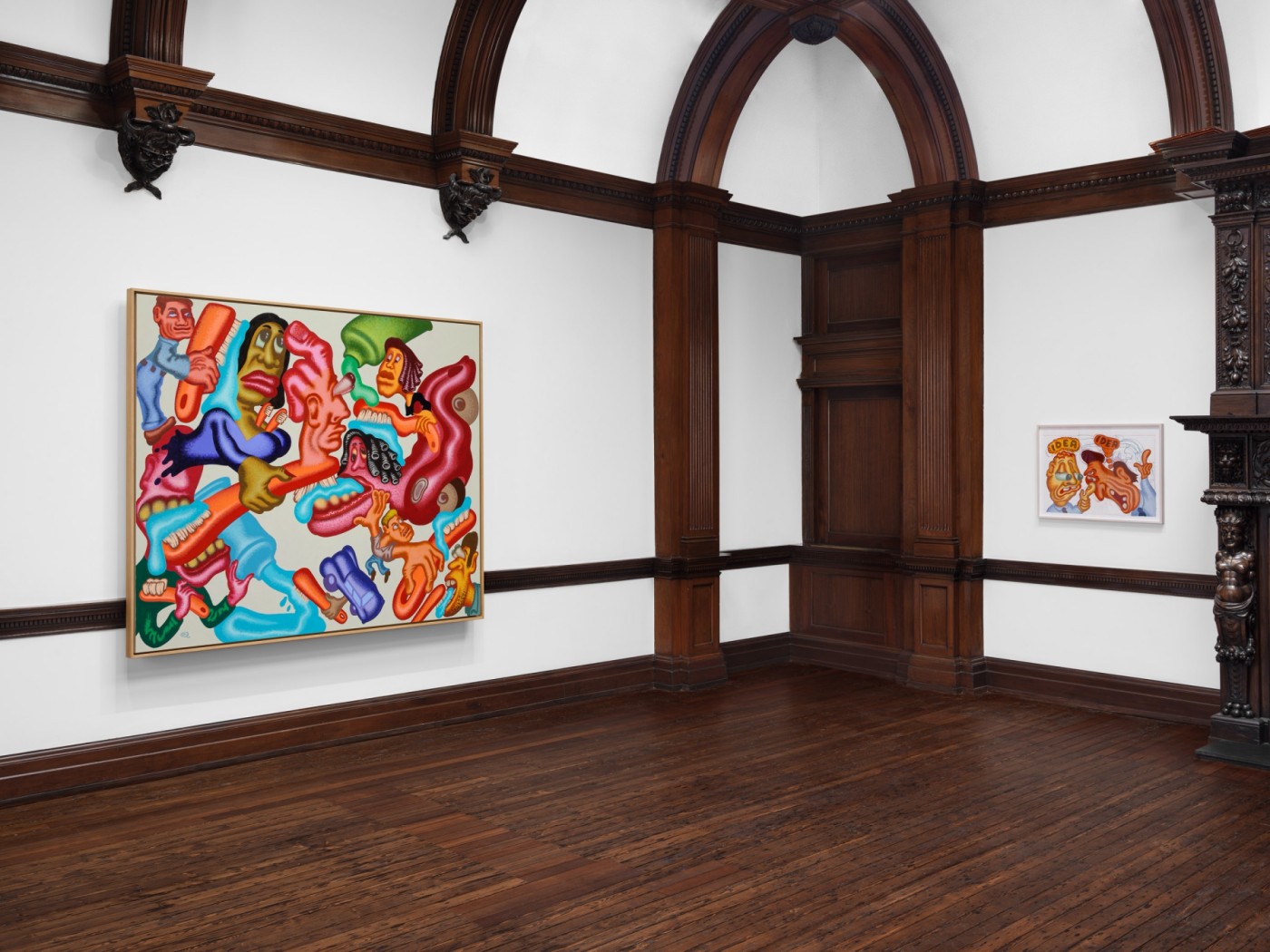 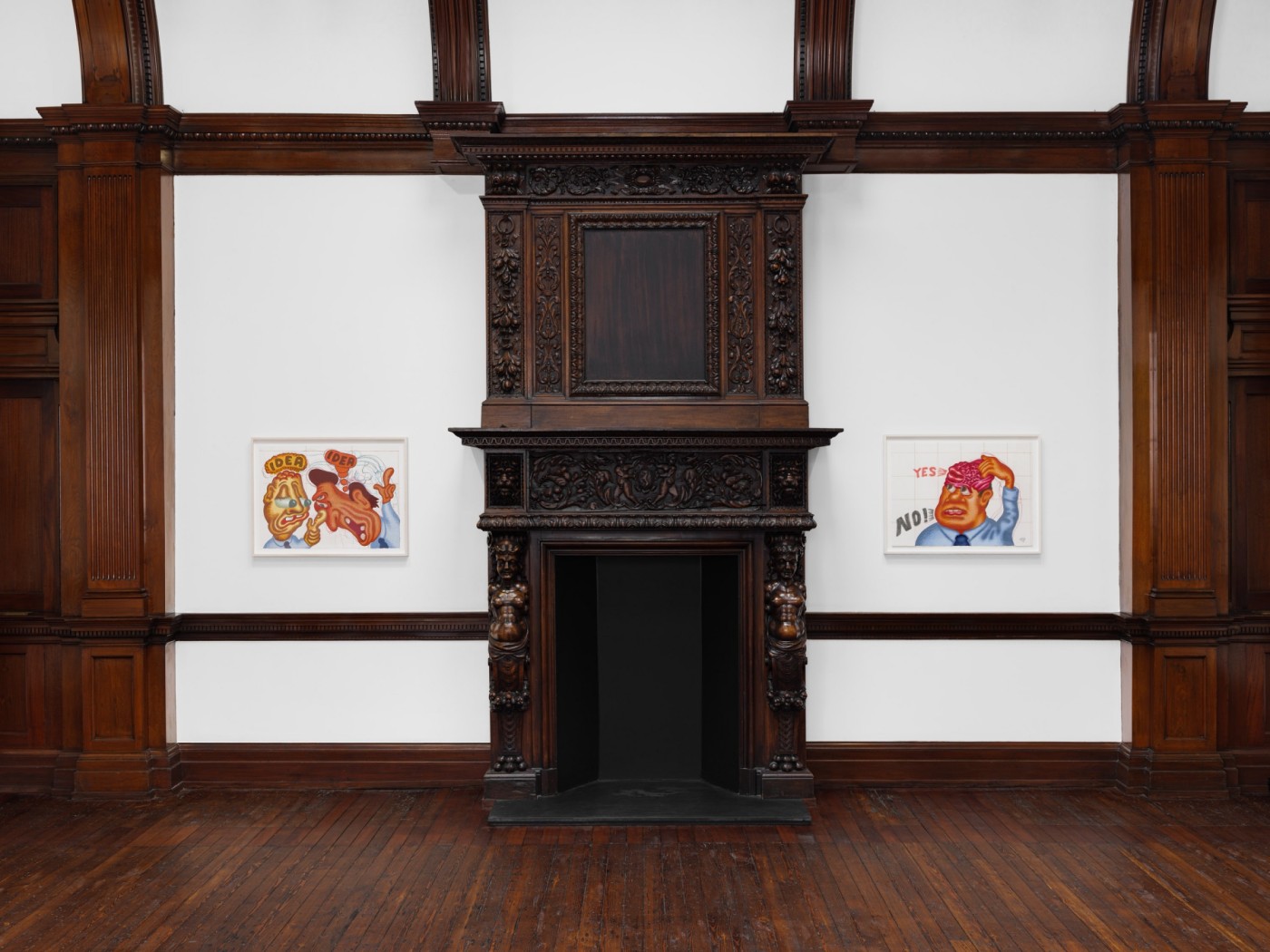 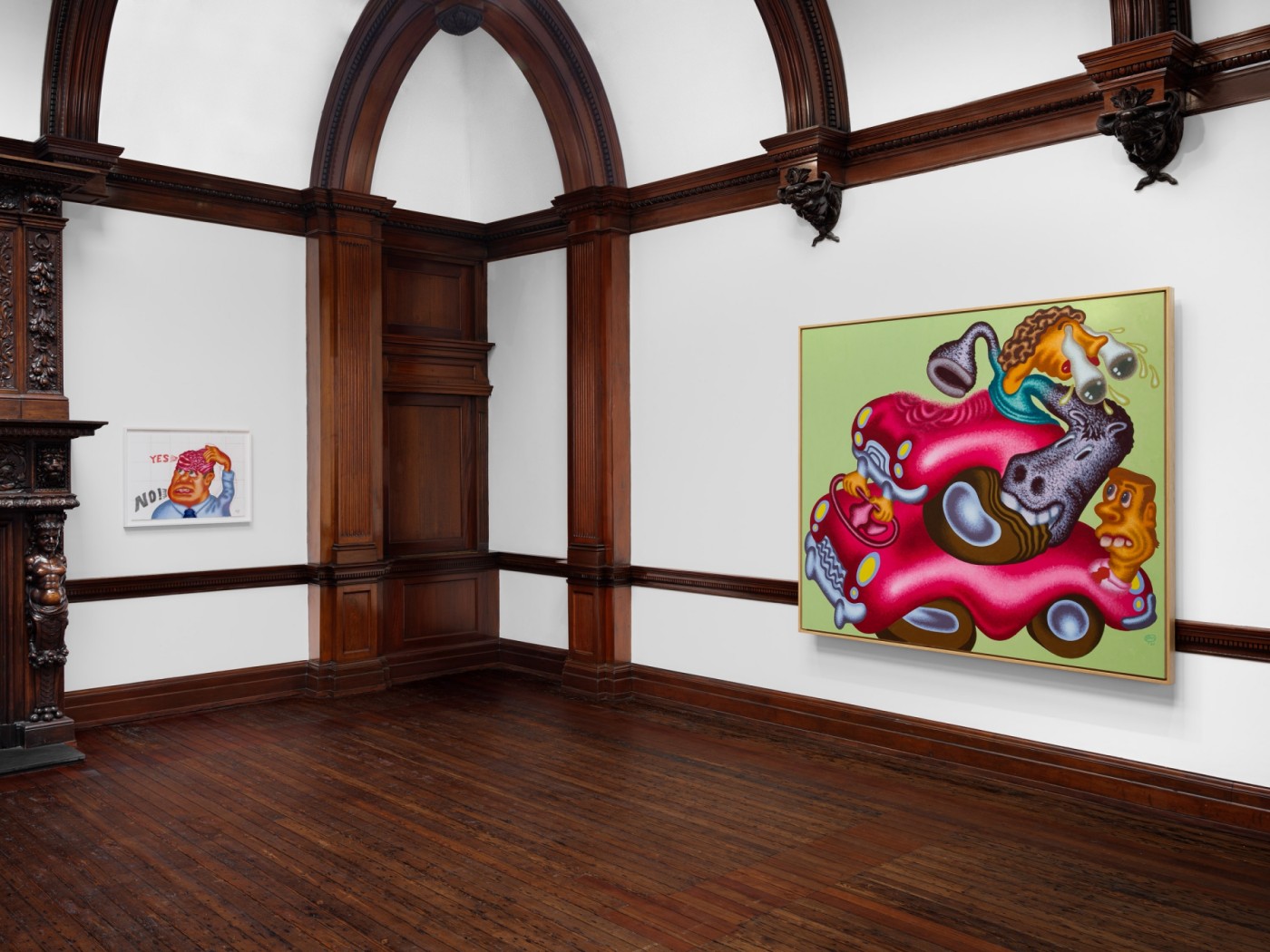 At 87 years old, Saul continues to make paintings that feel urgent to our time. Throughout his over six-decade career, the artist has addressed critical topics of the day with unbridled courage. Nothing is too sacred to be mocked, including American post-war consumerism, the Vietnam War, the trial of Angela Davis, American politics, Saddam Hussein, and the art world itself.

The moral ambiguity with which Saul renders his subjects, paired with his disinterest in adhering to any ideology or group, reliably put him at odds with the art world. Saul elaborates, “I don’t believe in any ideas of art because they might interfere with painting my picture the way I want. But I’m not mad at these ideas, either. I’ve had situations where Cubism, Surrealism, Impressionism, etc. have helped me.”

In Peter Saul: New Work, the influence of these famous artistic movements is unmistakable. A bowl of flowers and fruit is inspired by the still lifes of Monet, the setting of an impending brawl between Superman and Satan is taken from historic religious painting, the composition of a painting about brushing teeth is based off the drip paintings of Jackson Pollock, and a three-coloured horse is inspired by Surrealism.

Paying homage to the history of art, Saul also fights against it. In “Peter Saul versus Modern Art, Round One”, Saul defiantly paints himself, grey-haired and bulging eyes, getting beaten up by a Cubist structure tumbling into the picture frame. He calls it “Round One” because next time he’s “going to use a gun to shoot the hell out of Modern Art.”

Courtesy of the artist and Michael Werner Gallery