This exhibition explores the prominent art prizes and winners of the post-war years in France & Italy. Such as the Prix Kandinsky established by Wassily’s widow Nina in 1946 following his death, using funds generated from the sale of part of his estate. The annual prize was held at the pioneering Galerie Denise René, the first recipients were Jean Dewasne and Jean Deyrolle, who features in the HFA exhibition, along with Youla Chapoval who won jointly with Marie Raymond in 1949.. 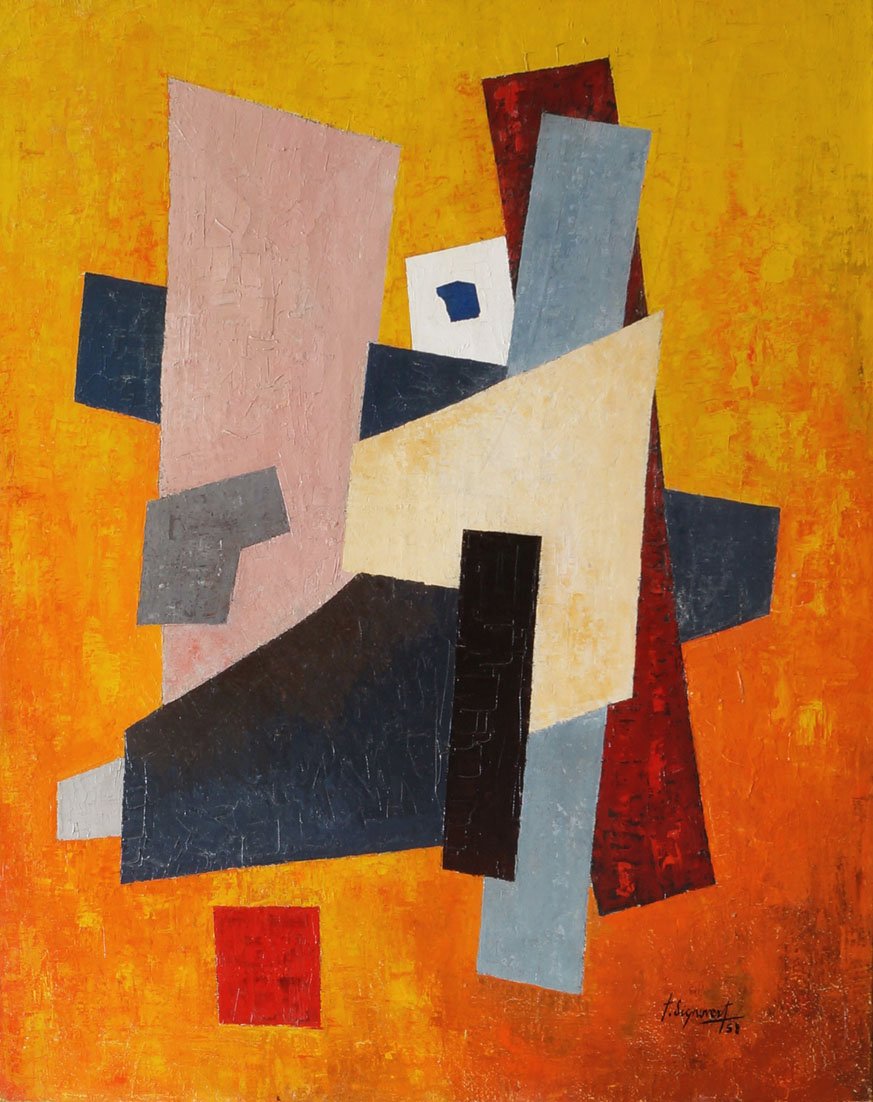 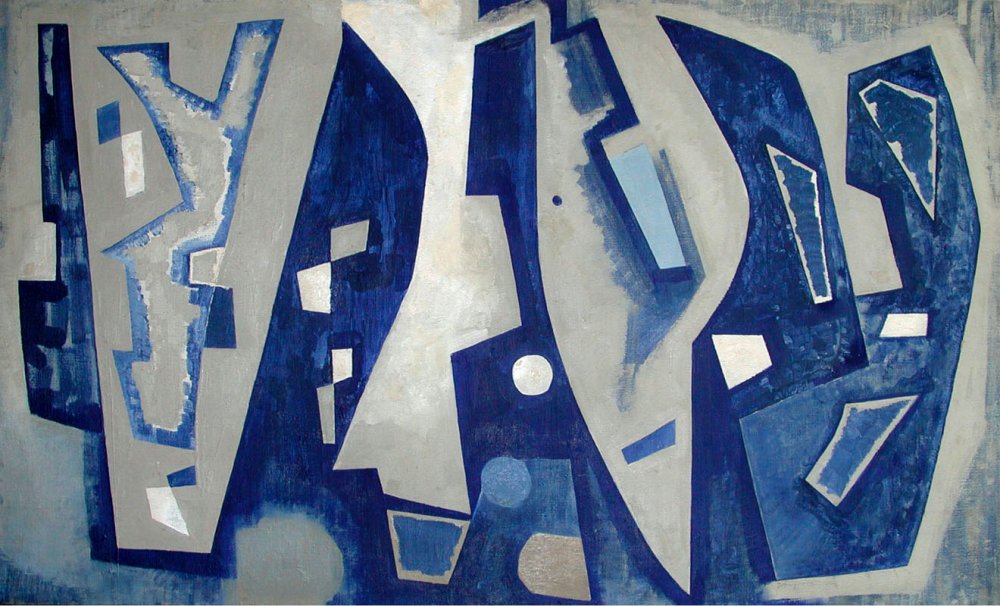 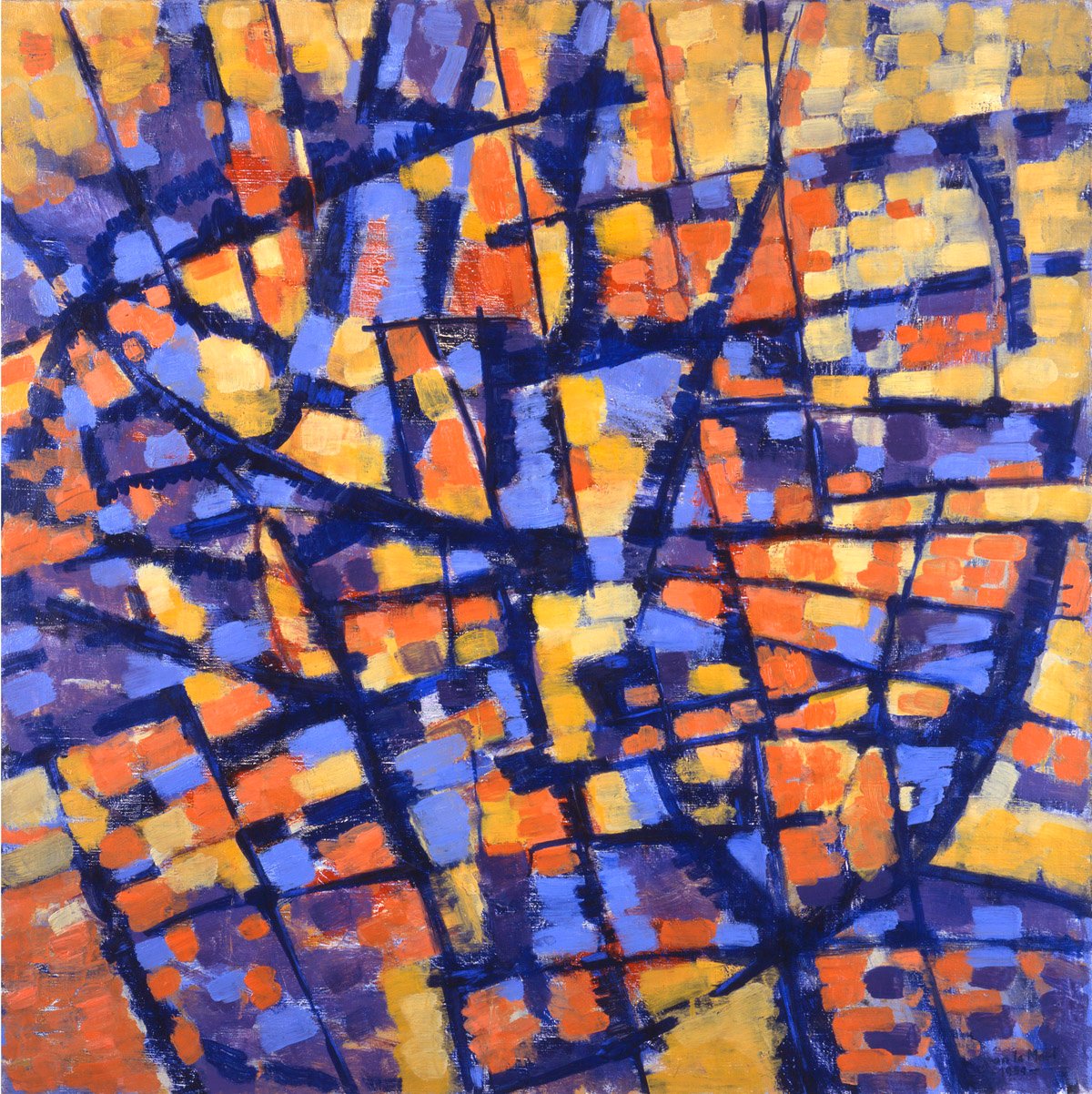 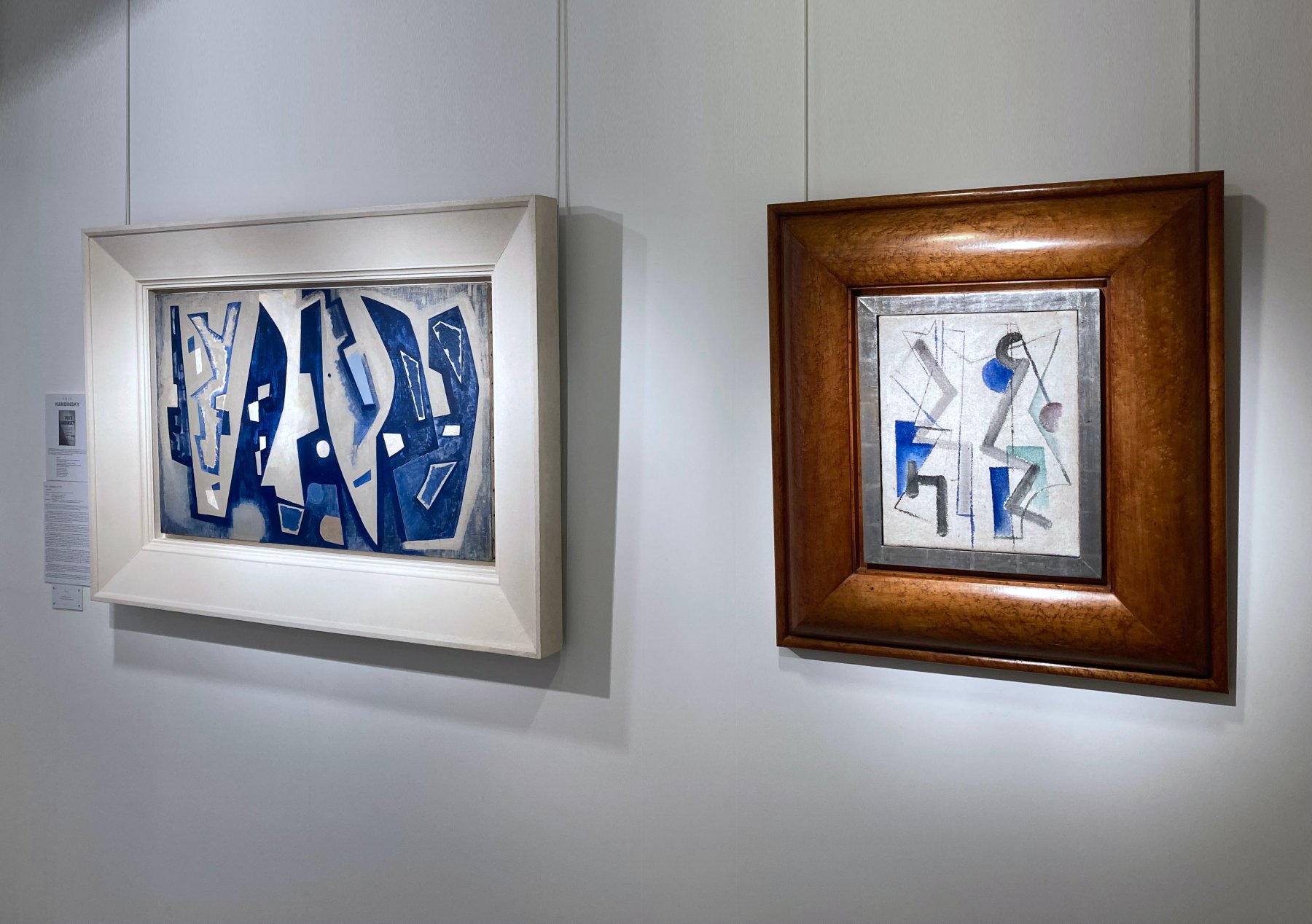 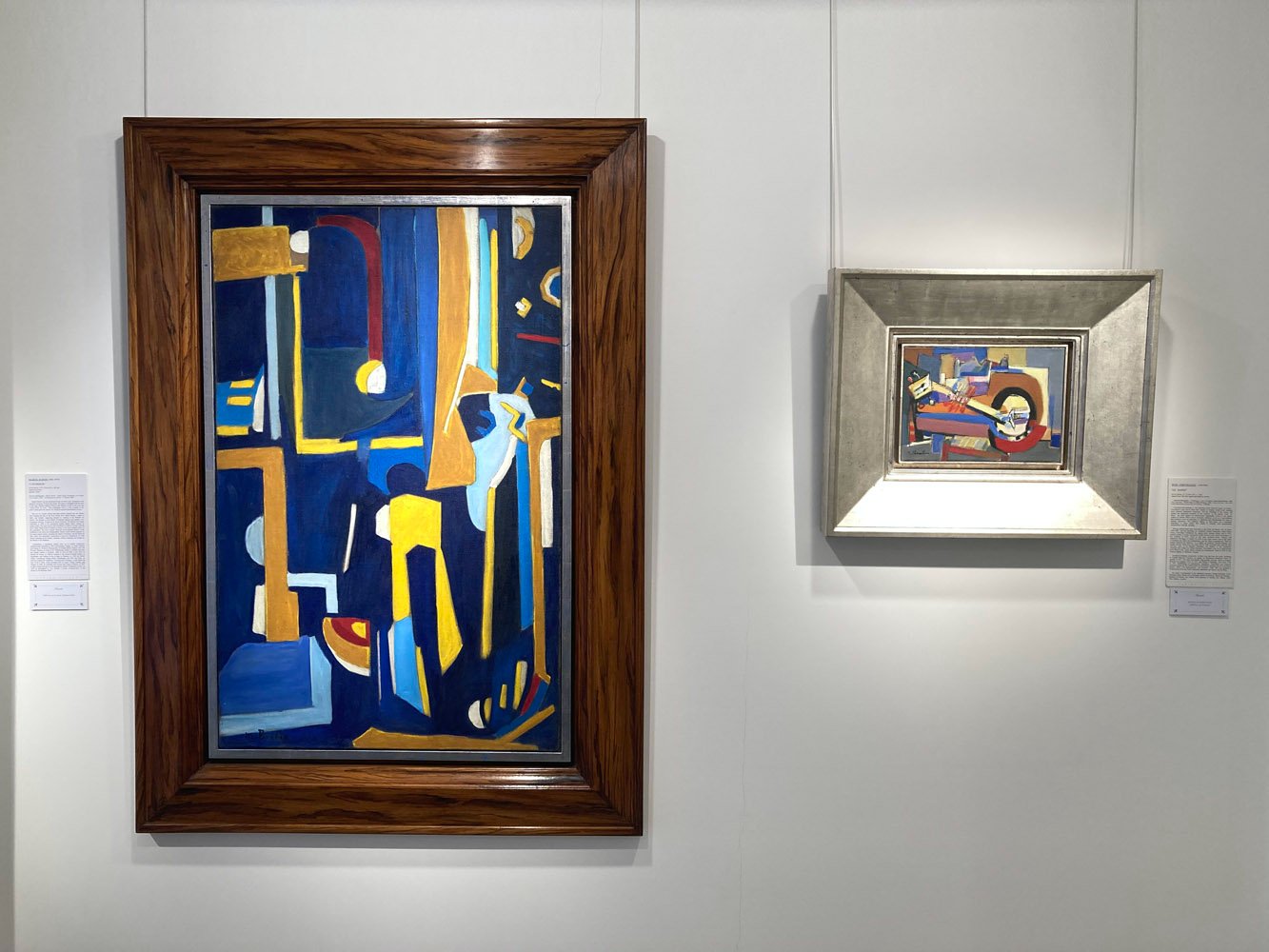 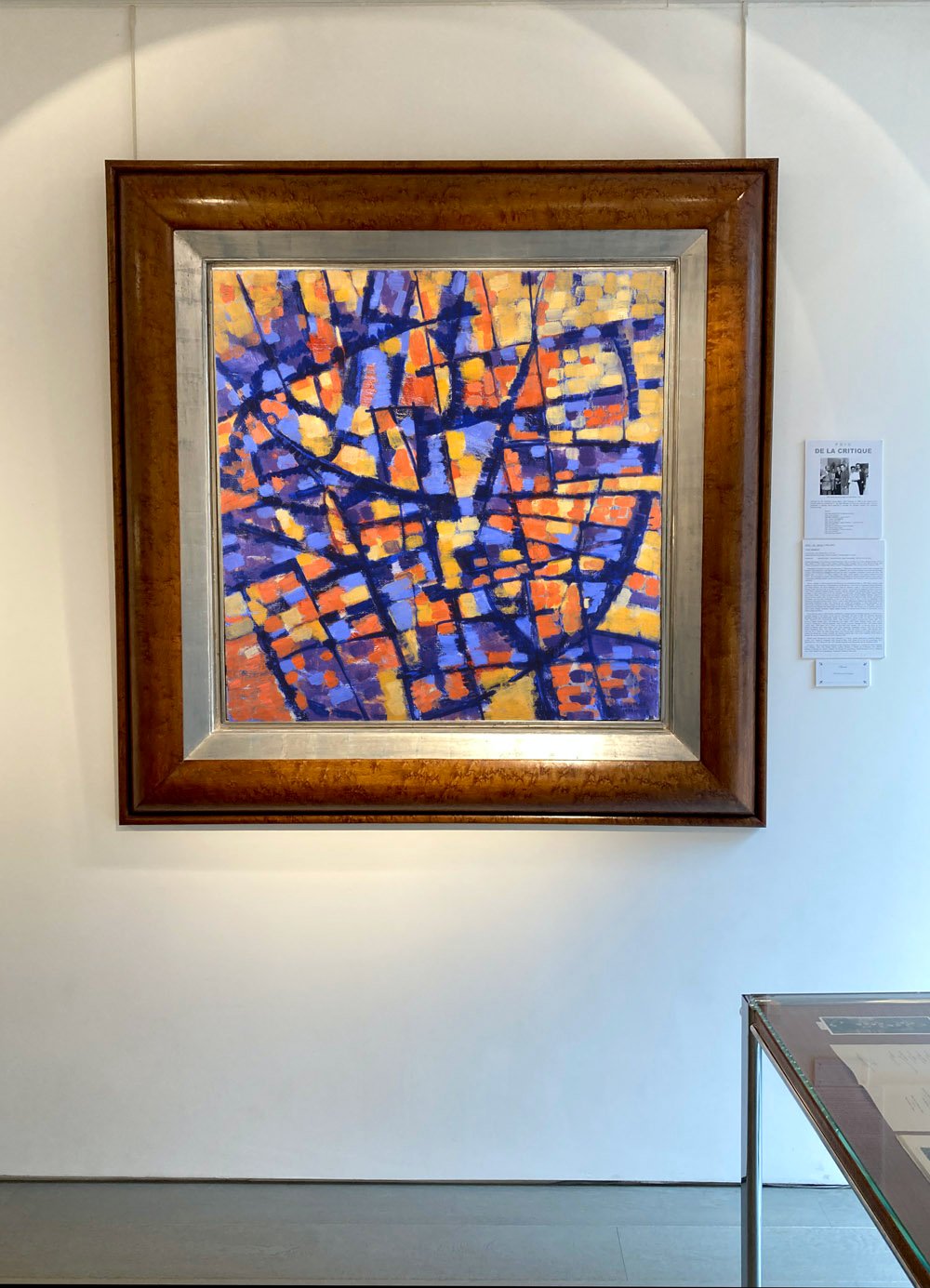 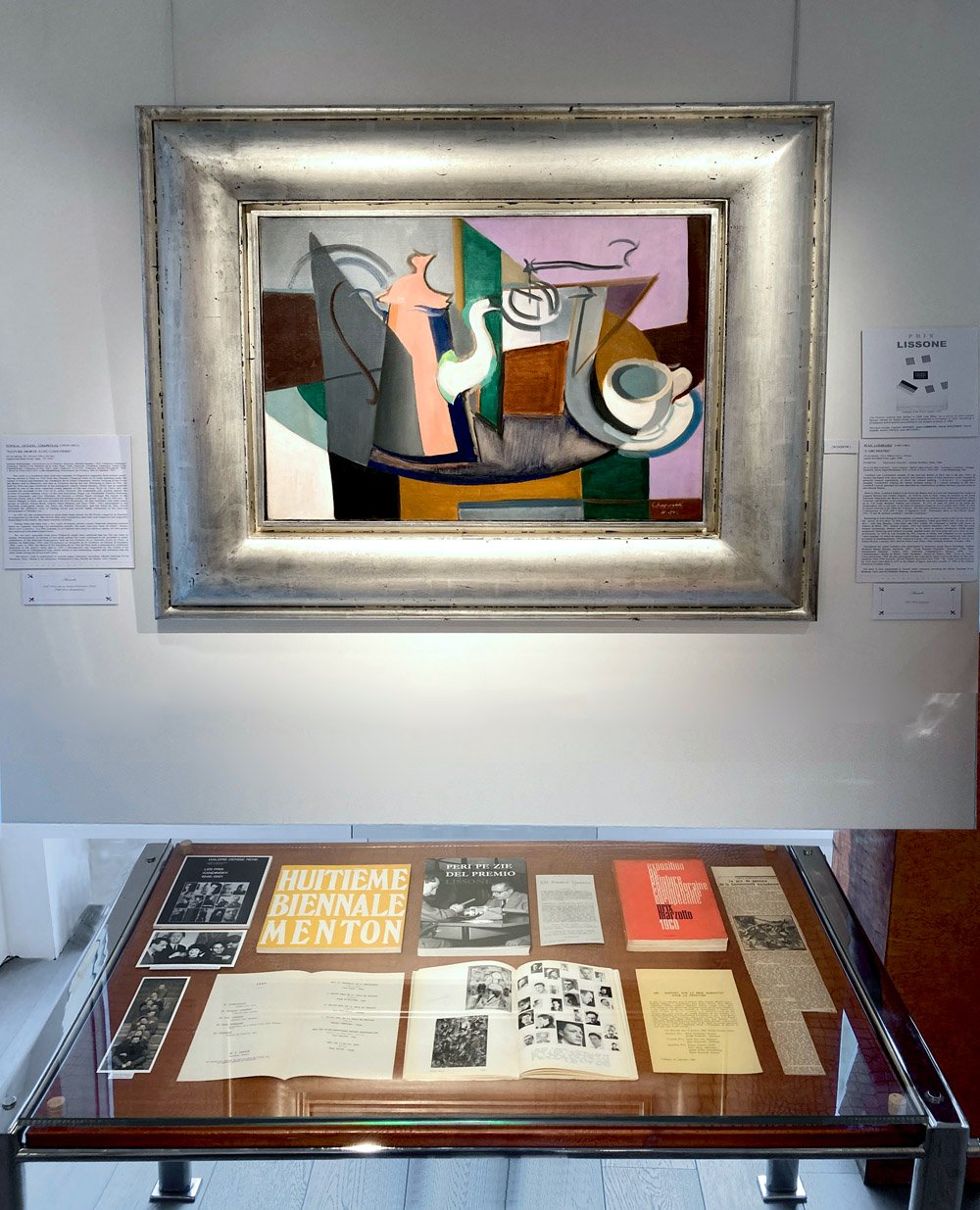 Similarly the Prix Fénéon was founded in Paris by the curator and Galerie Bernheim-Jeune director Felix Fénéon’s widow in 1949 using proceeds from part of their collection. The prize was organised by the Sorbonne and championed young emerging artists, and continues to this day. Winners represented in the HFA show include the painter Jean Signovert (1950), and the sculptor Louis Chavignier (1952).

Surely the oldest art prize around is the Prix De Rome. Established by King Louis XIV in 1663, the prize enabled emerging artists from France to study in Rome. Emulated by other countries, it only ended in 1968 as a result the student protests. When Reynold Arnould (in the HFA show) received the prize in 1939, at the onset of WWII, the winners had to “make do” with being accommodated in the Villa Paradiso in Nice…

More fleeting, but with no lack of ambition, were the Prix de la Critique and the Prix de la Jeune Peinture, founded by the Galerie St Placide in 1948 and the Galerie Drouant-David in 1946 respectively. Judged annually by a jury of leading critics and curators. Winners represented in the HFA exhibition include: Jean Le Moal, Max Papart, Marcel Burtin, and Raymond Guerrier.

Meanwhile the annual summer migration of Parisians to the Côte d’Azur presented the perfect cocktail for the Biennale de Menton, between Monaco and the Italian border, attracting many leading artists. Started as the “Biennale de Peinture de France” in 1951 by the fauvist painter Roger Limouse, supported by Matisse, Chagall, as well honorary committee members Georges Wildenstein and Prince Rainier, it began initially in resistance to the avant-garde, but by the mid-fifties a coup by the “Beauborgian” modernists transformed it into the “Biennale Internationale de Menton”. Prize winners include Serge Poliakoff, Jean Deyrolle and Edmond Boissonnet (on show at HFA).

Across the border in Italy, while the Venice Biennale was struggling to “re-brand” after its wartime Fascist tarnishing, two other prestigious awards emerged. The Premio Lissone started in 1946 in Brianza initially for Italian artists, but broadened to European in 1952, becoming a coveted award with laureats from Antoni Tapies to Joan Mitchell. Concurrently from 1950 was the Premio Marzotto founded by wealthy Italian art collecting Marzotto family in Valdagno. The competition constituted 100 artists from Europe and became highly celebrated, with the exhibitions travelling around Europe. Recipients Jean Lombard, Oscar Gauthier and Pierre Dmitrienko can be seen at HFA. Both awards were finally snuffed out by the student protests in 1968.

Also in Italy but highlighting sculpture, was the Biennale Internazionale di Scultura, Carrara, the famous source of Carrara marble. Started by local dignitary Antonio Bernieri in 1957, keen to rejuvenate the use of marble and discard its fascist neo-classical connotations. It proved hugely successful, continuing until 2010 with participants from Henry Moore to Anthony Gormley. The HFA show includes the 1969 winner Emilio Gilioli.