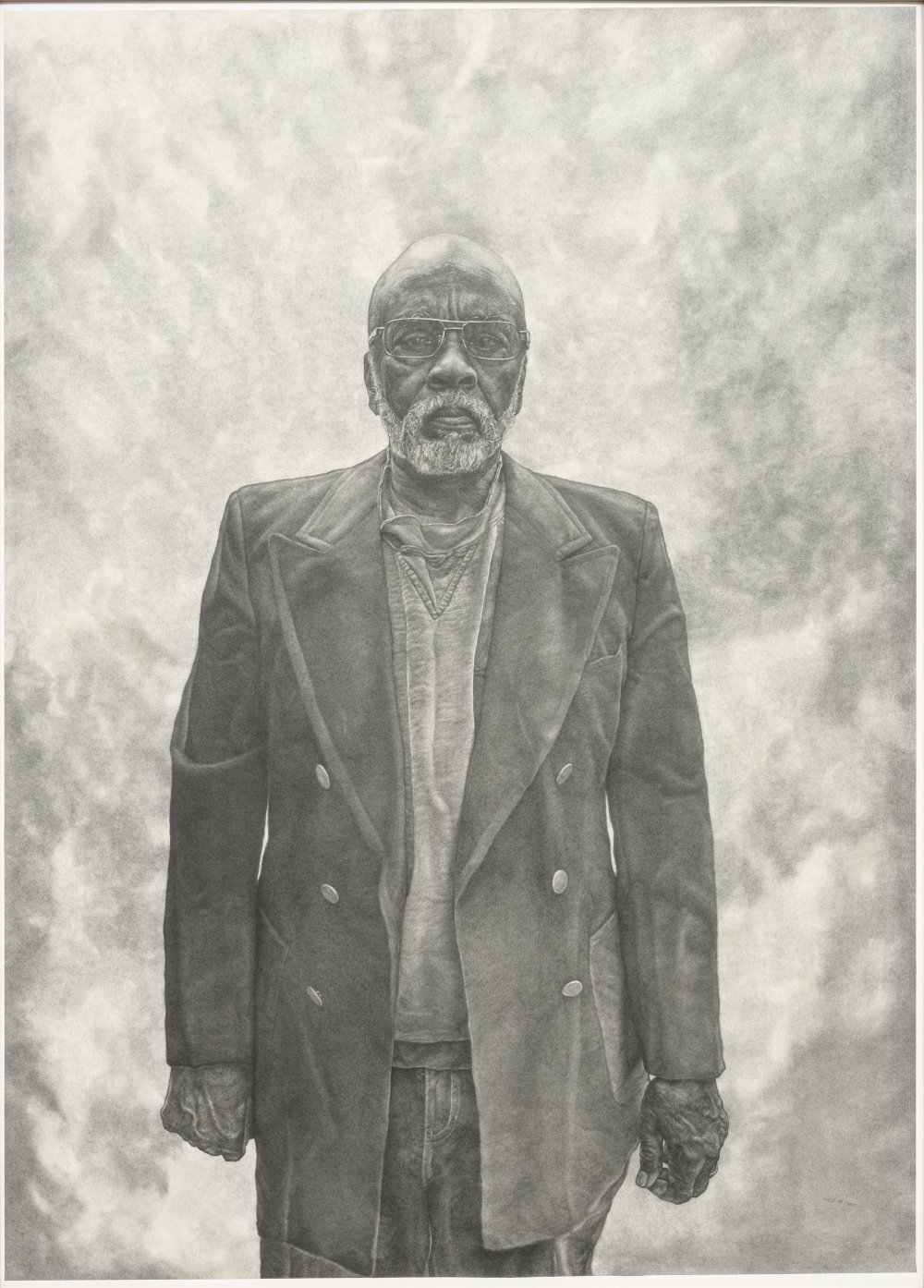 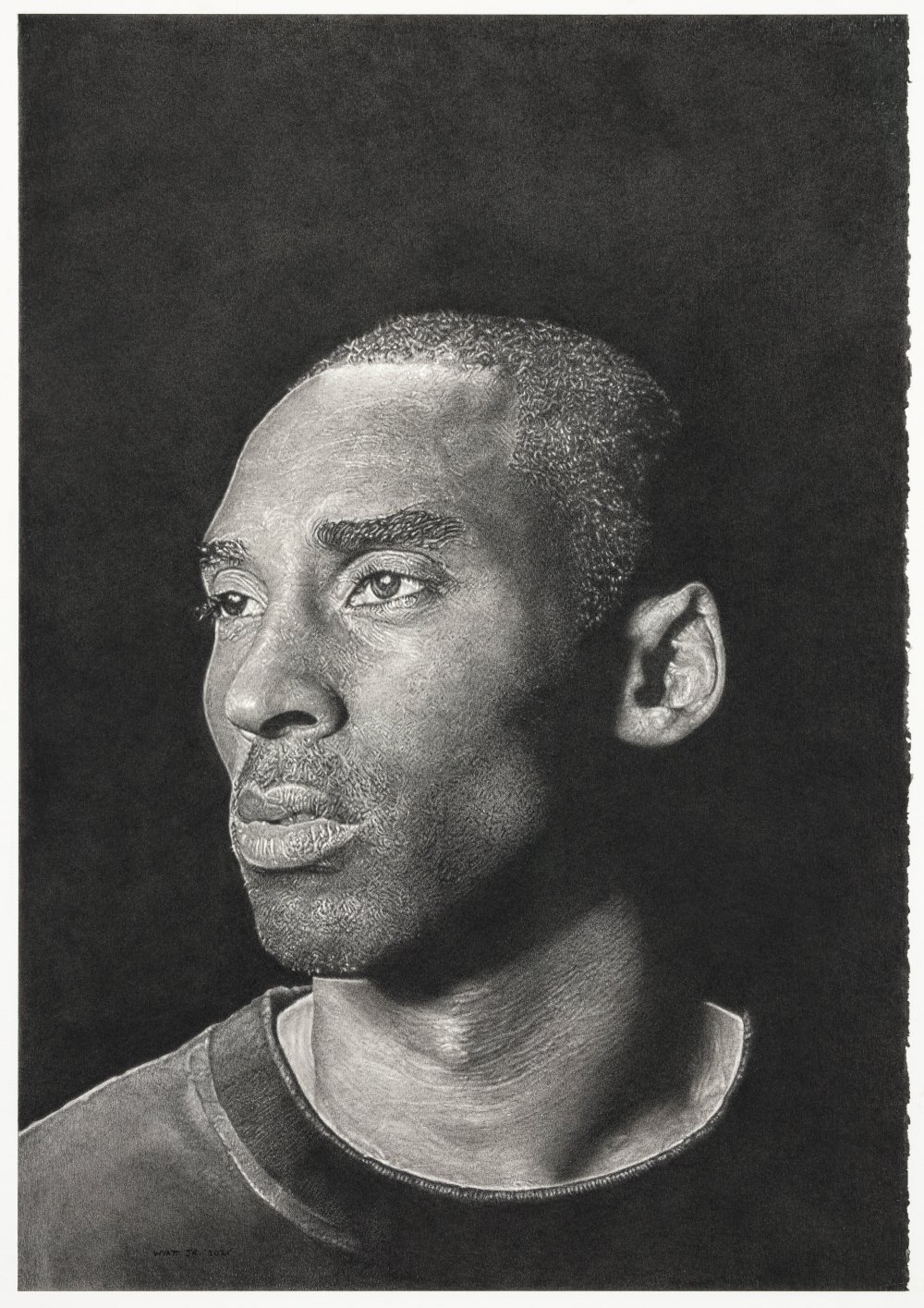 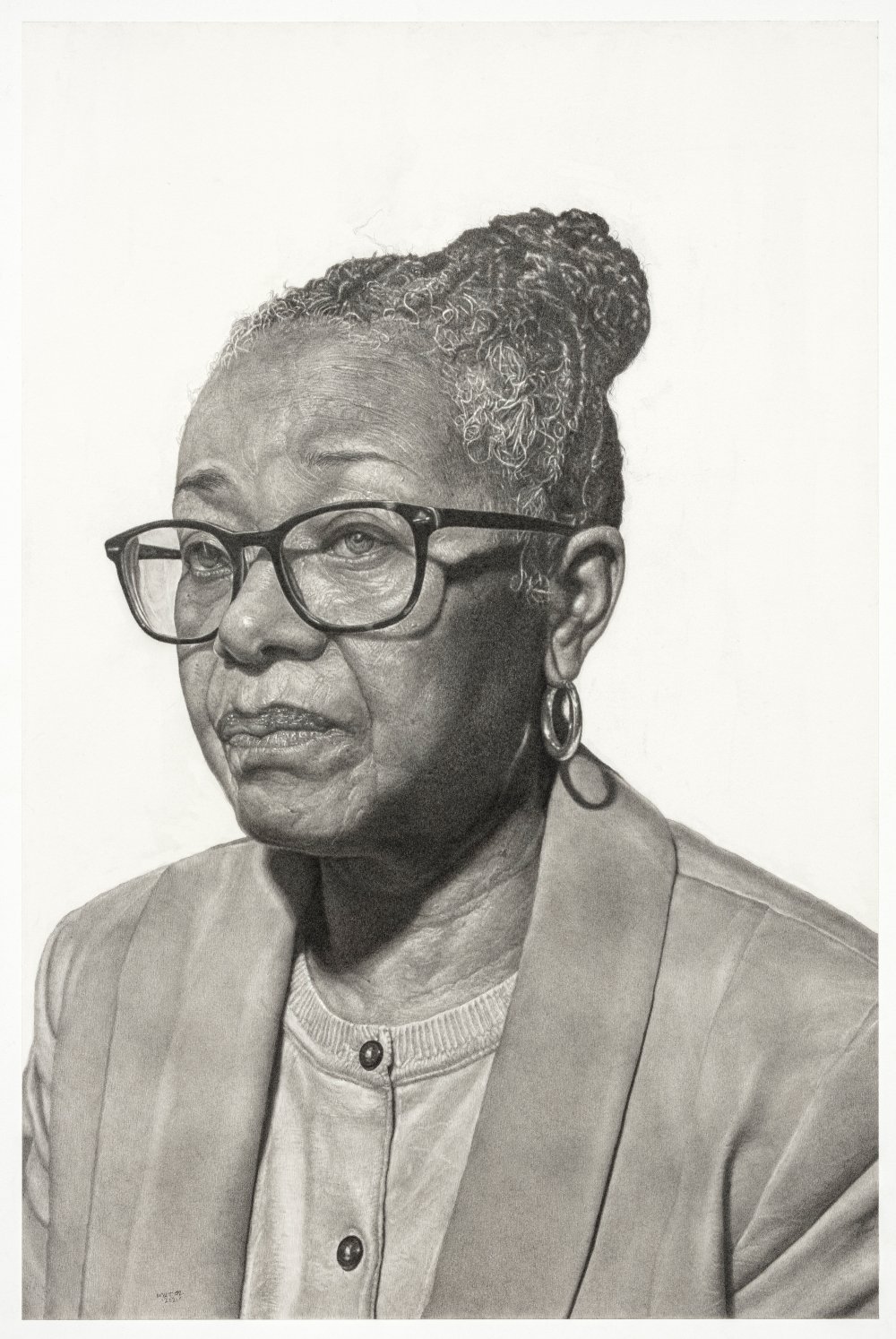 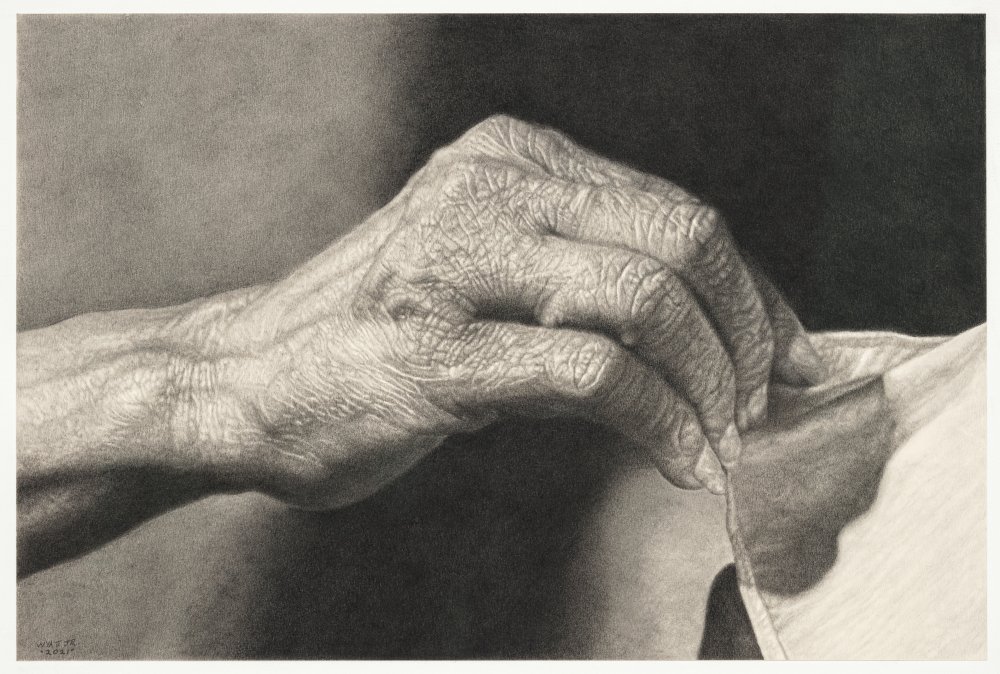 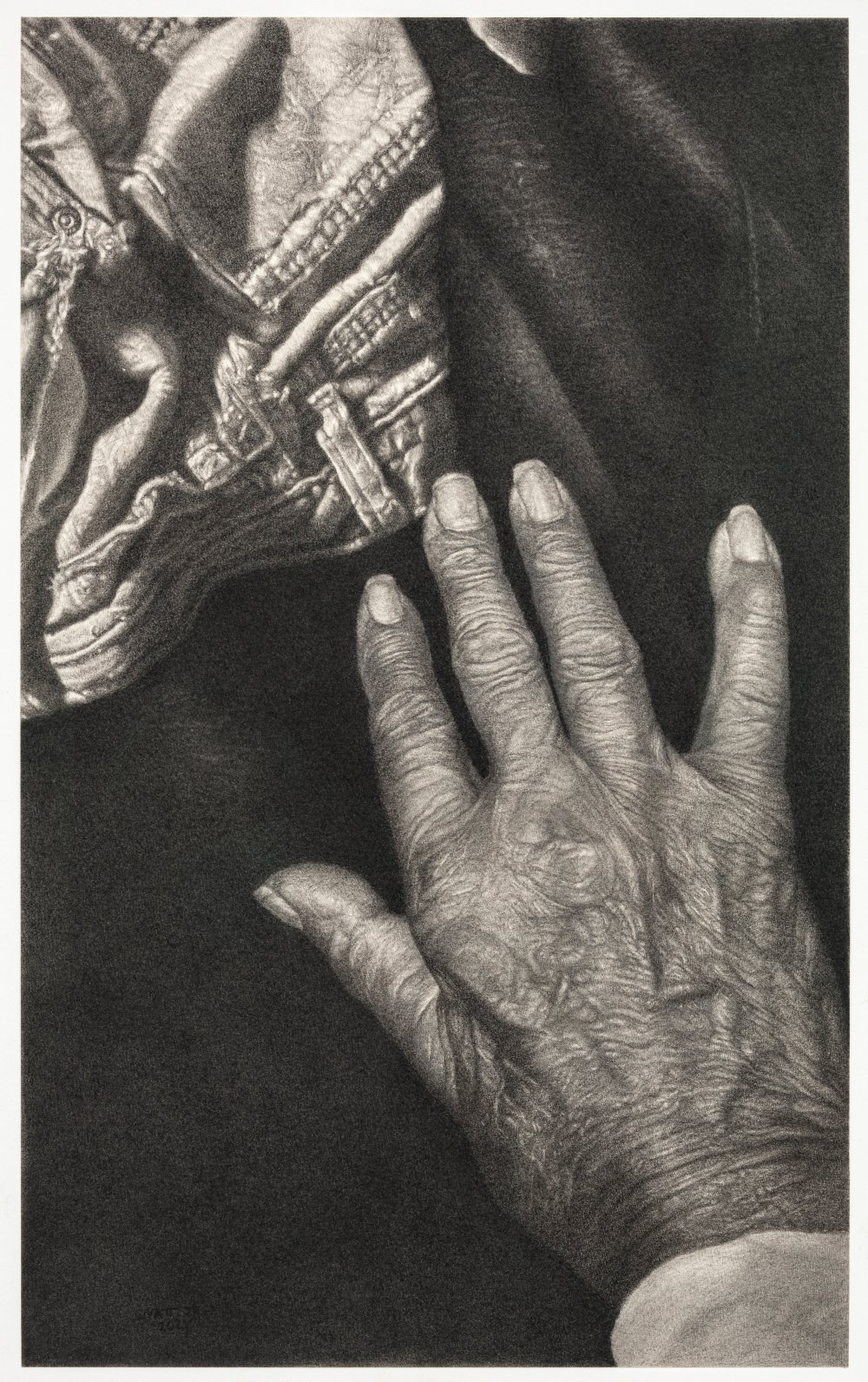 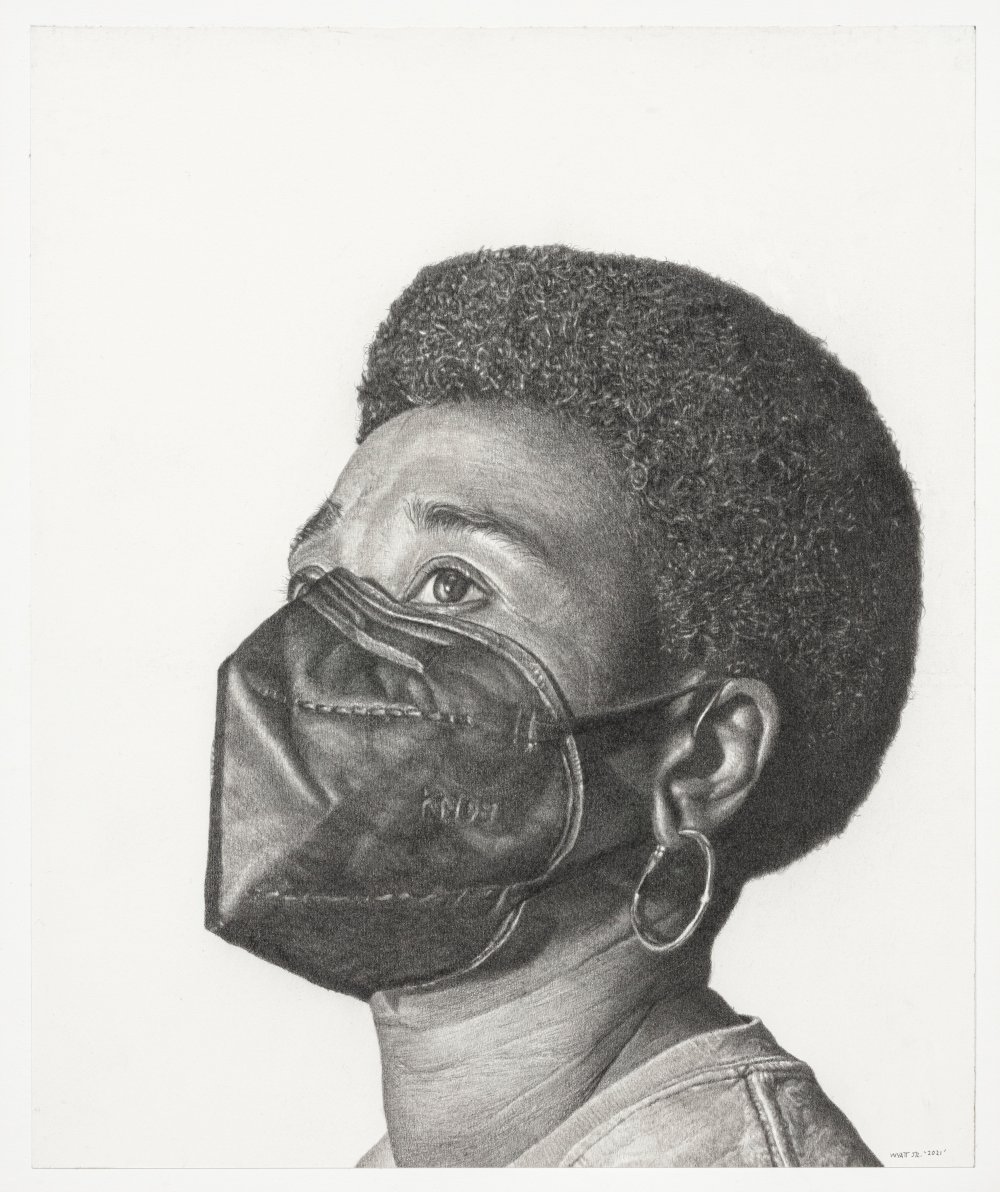 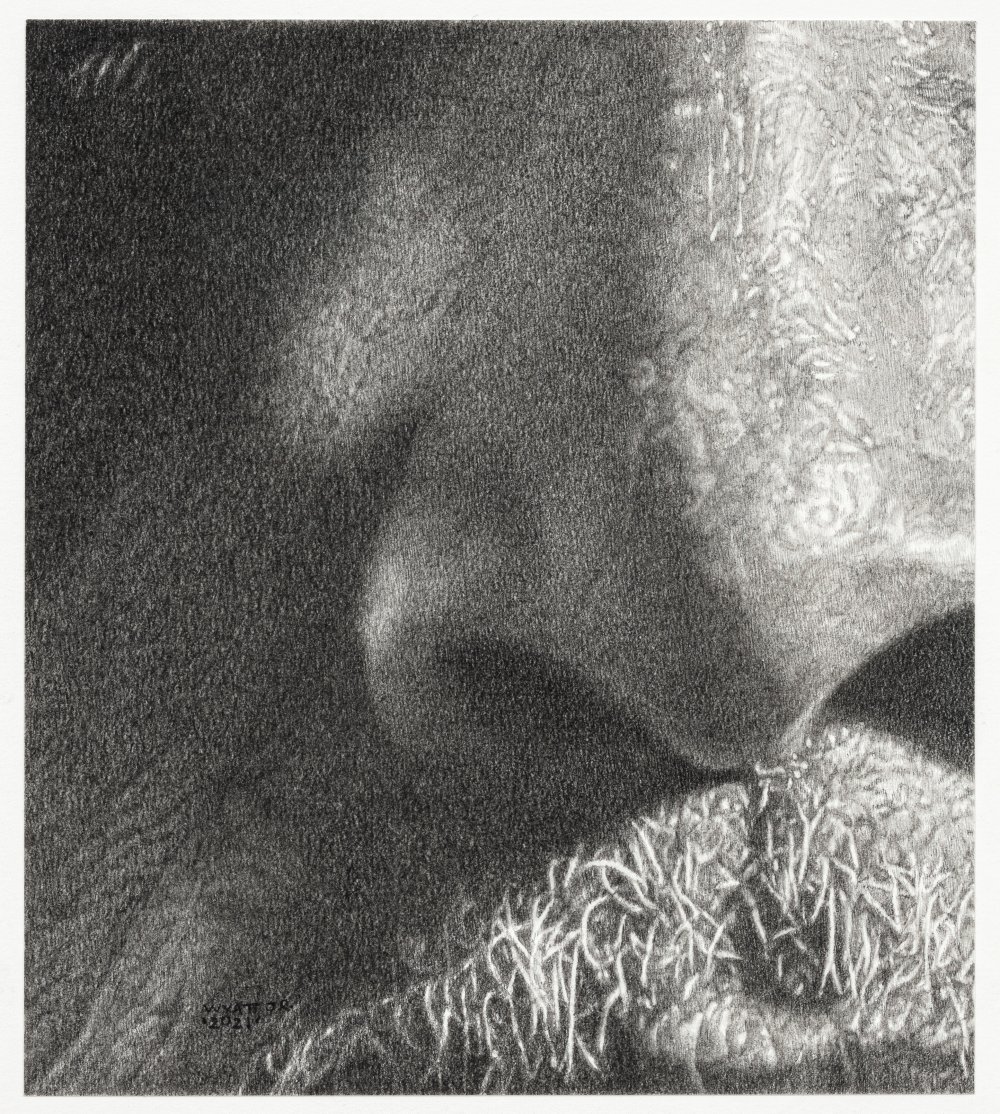 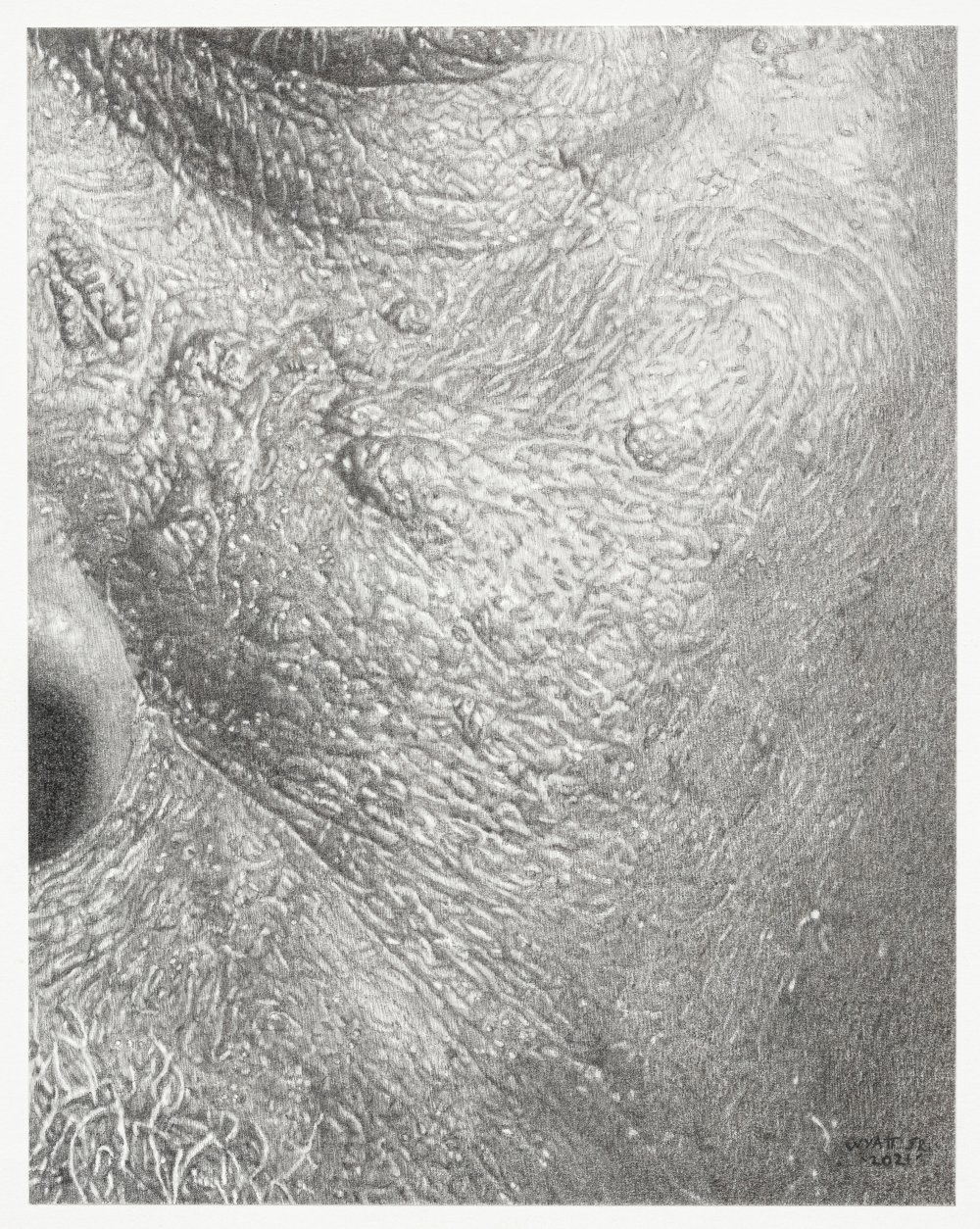 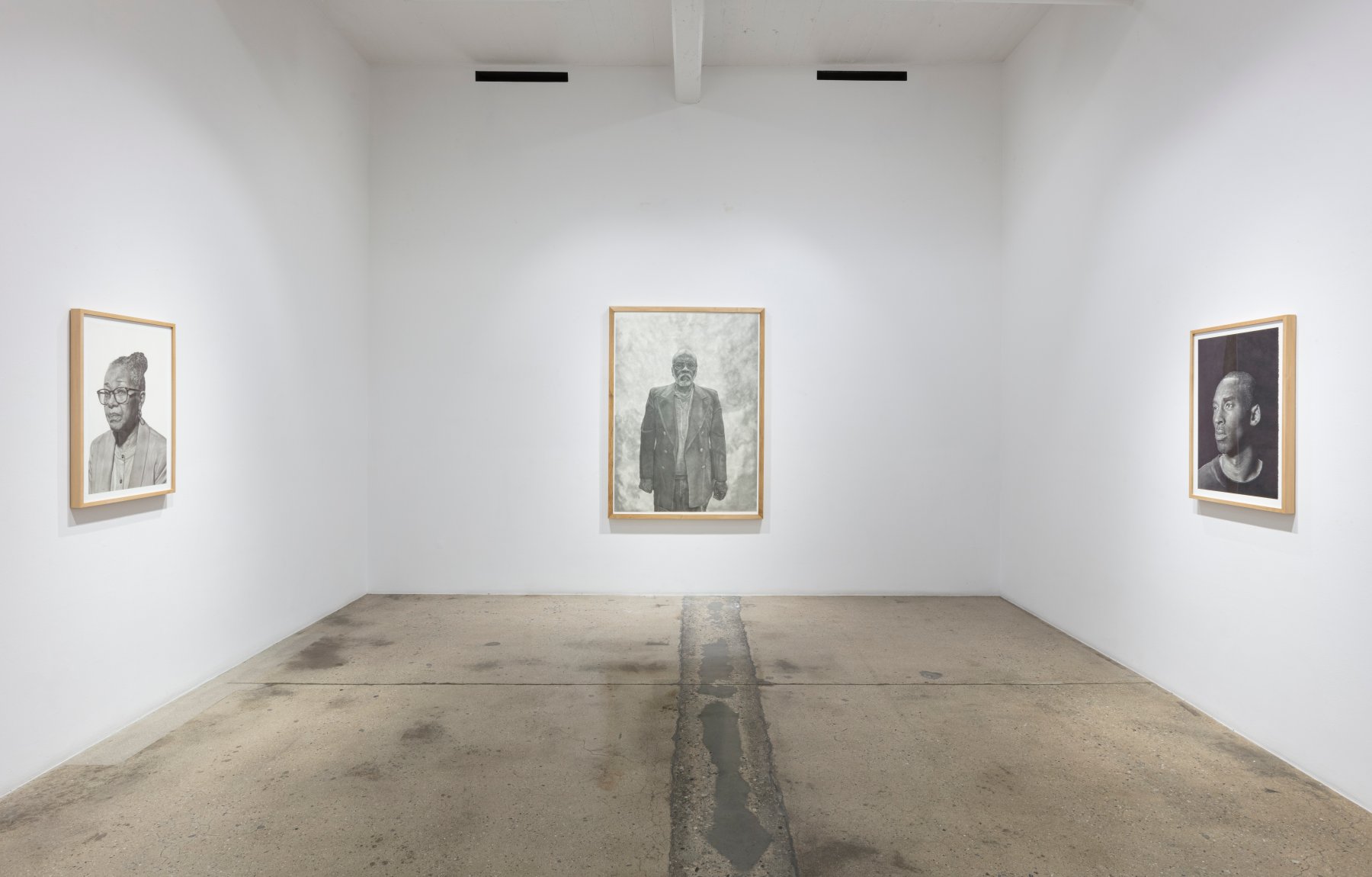 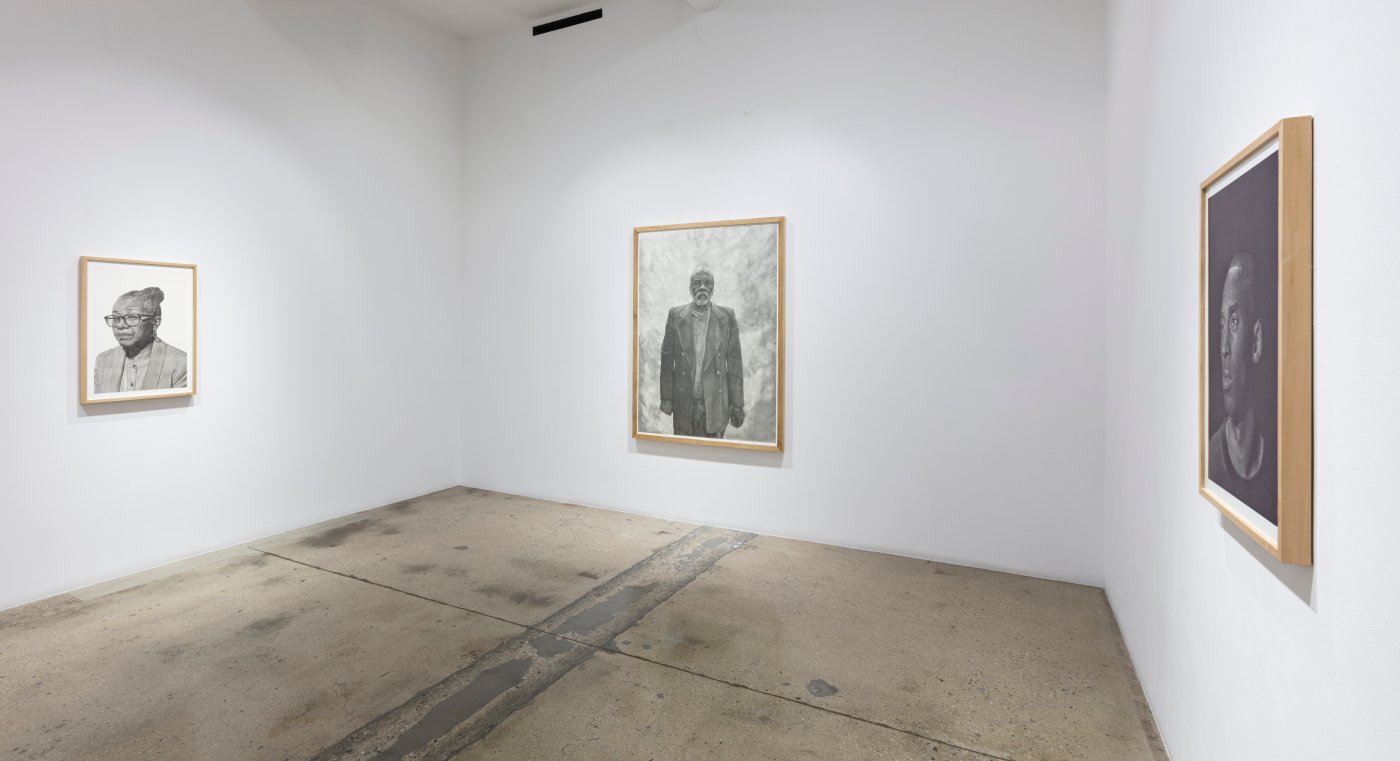 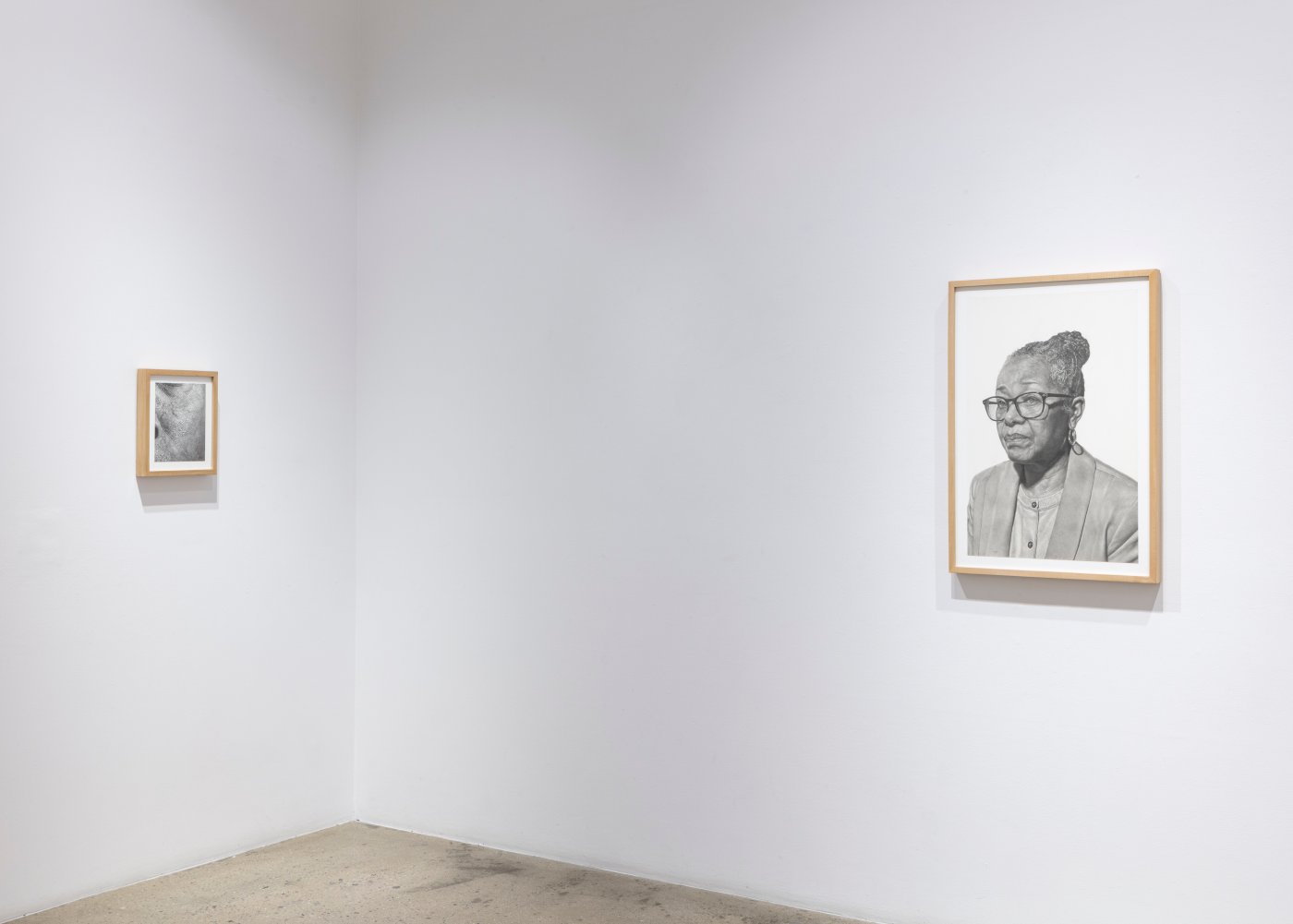 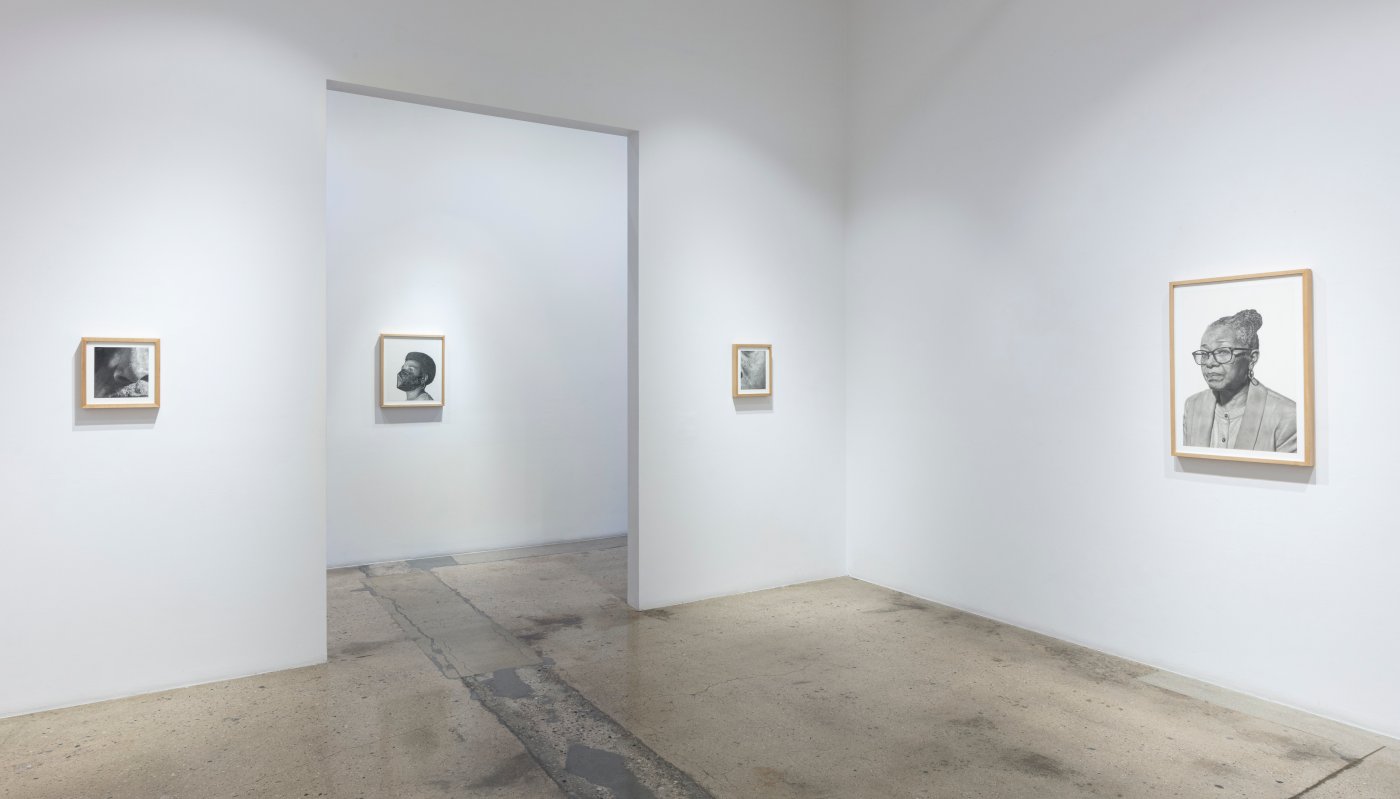 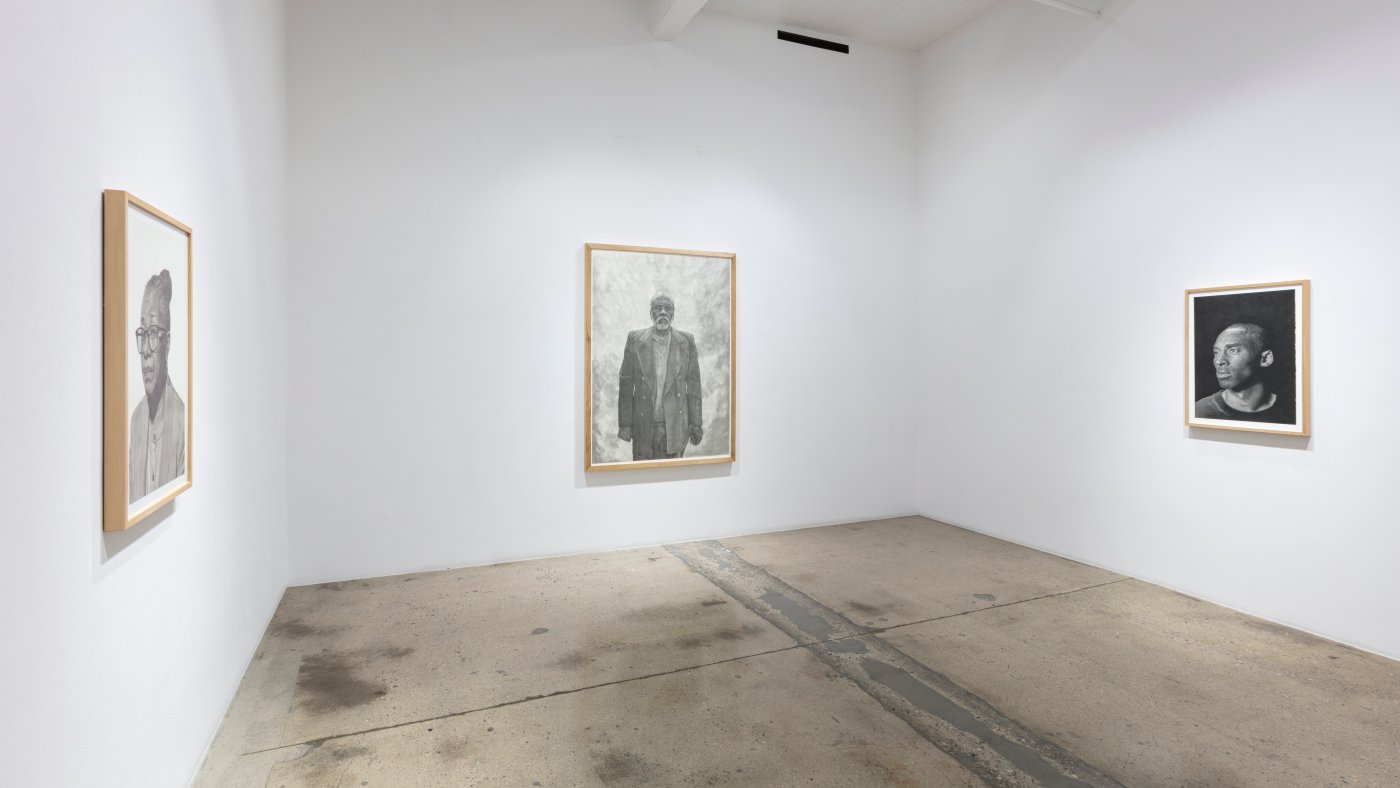 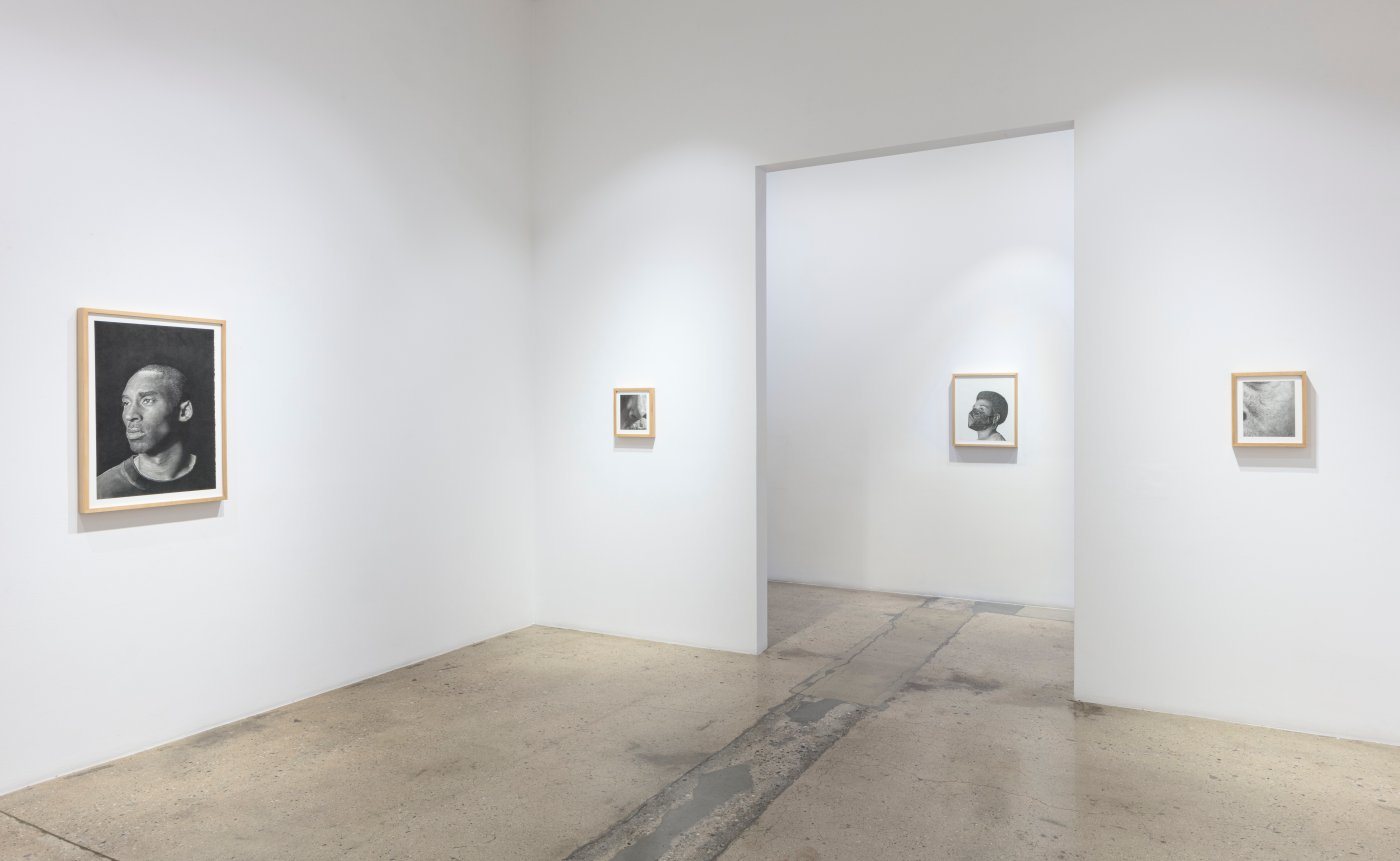 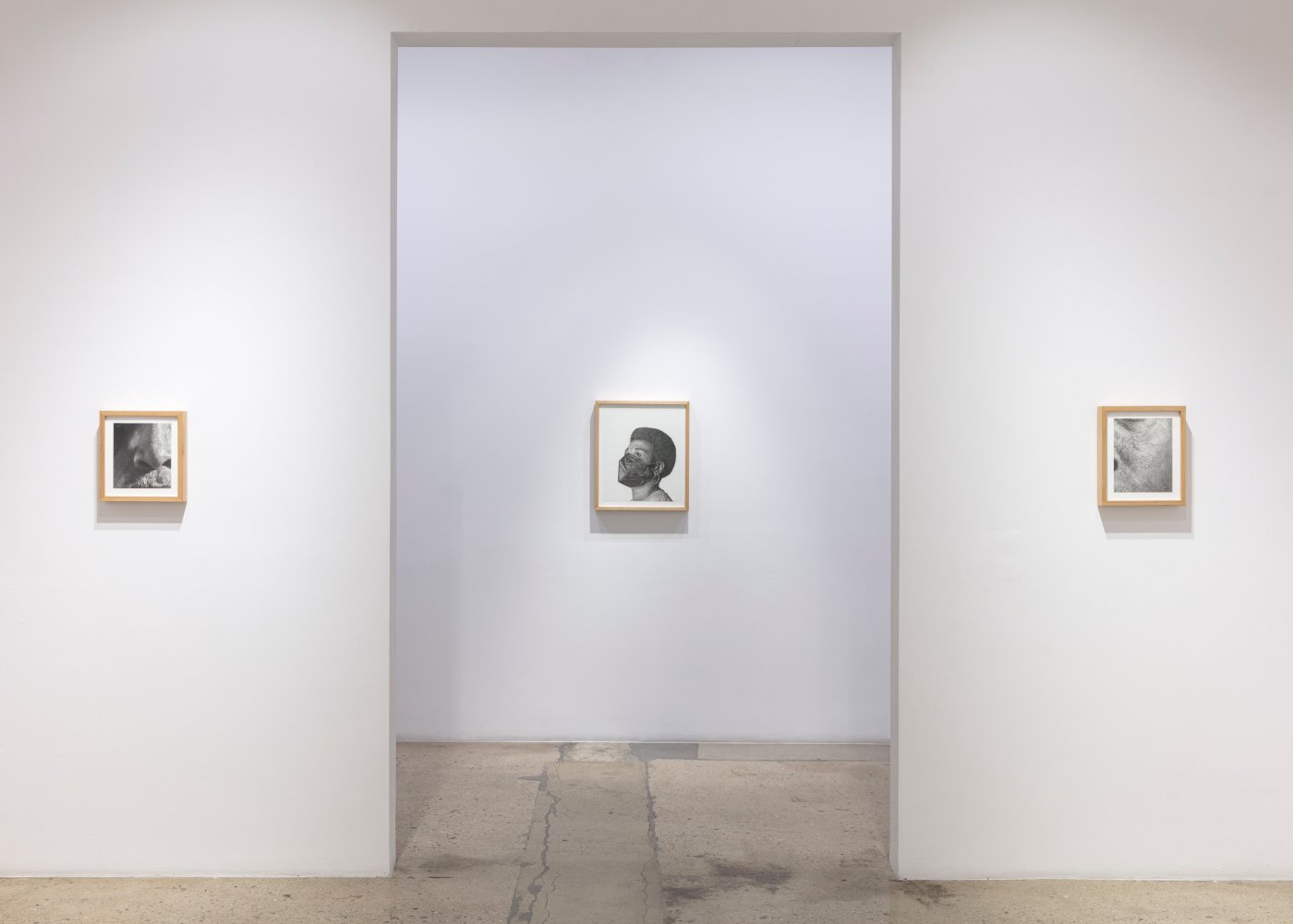 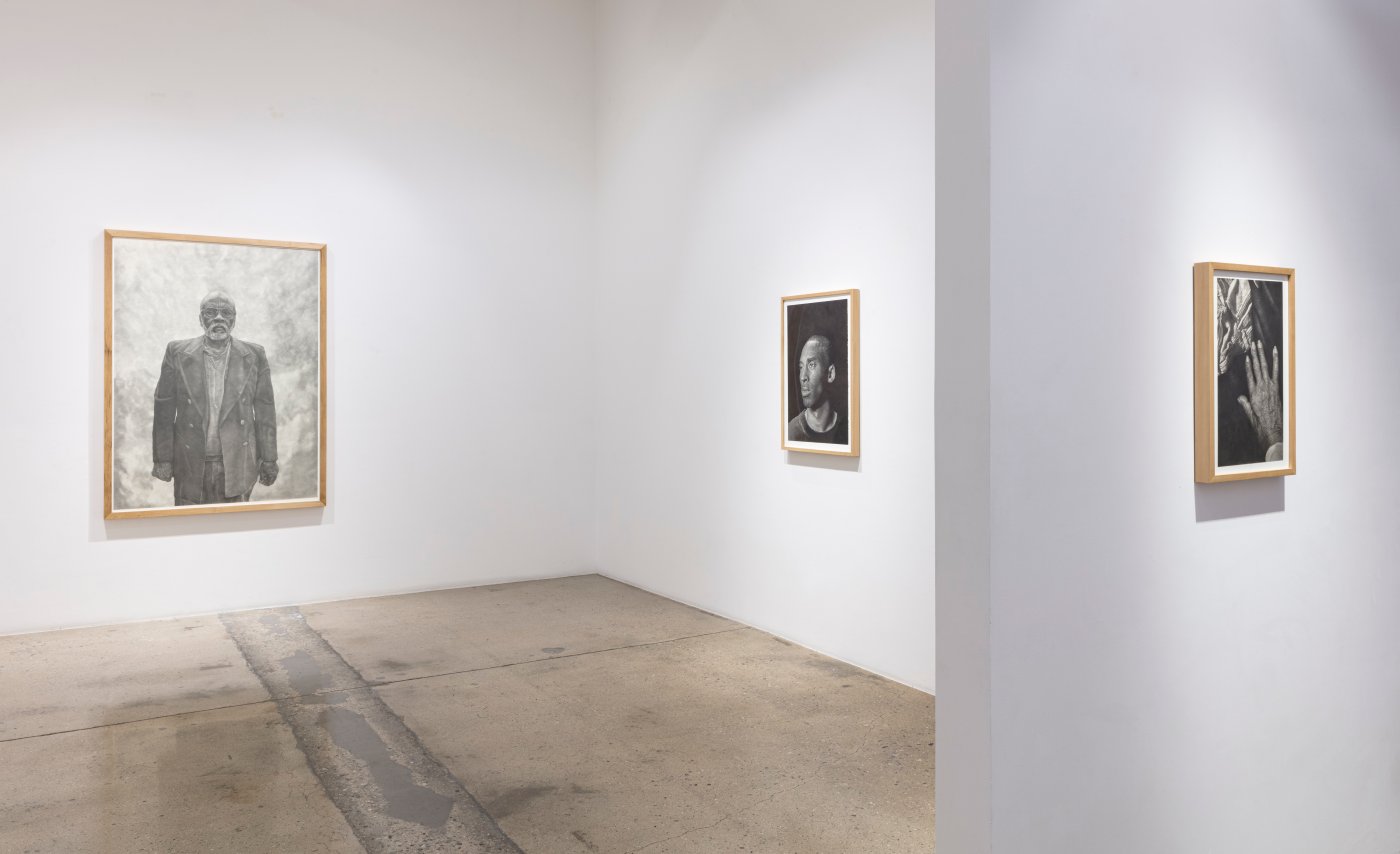 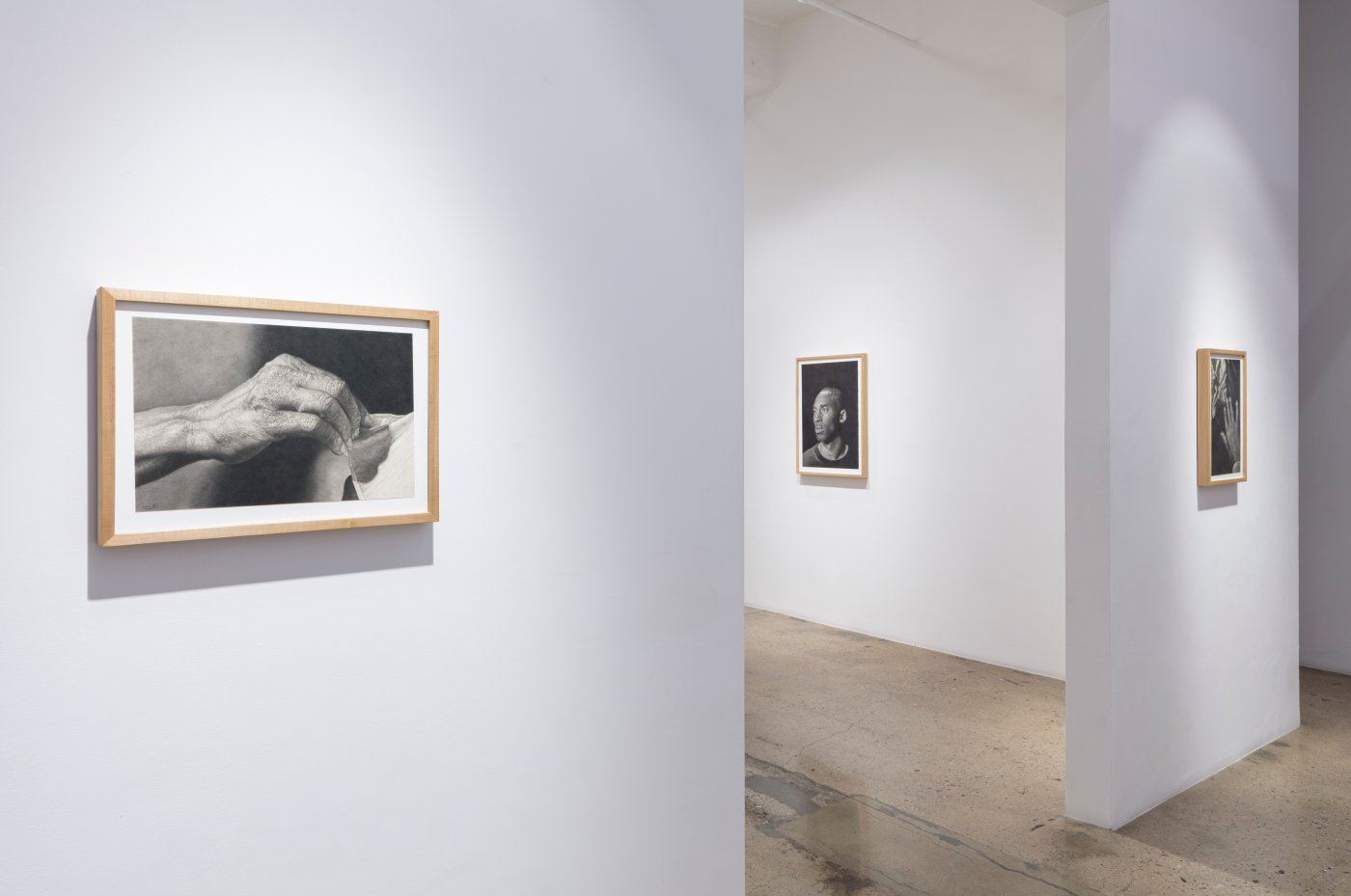 The drawings are deeply personal to Wyatt and include depictions of himself, his eighty-eight year-old father, his wife of forty-three years, his youngest daughter and Kobe Bryant, the talented former basketball player who was tragically killed in a helicopter accident in January 2020. There also are two drawings that depict “Paul’s Work Clothes,” a reference to the Apostle and his story of redemption and healing. For Wyatt, drawing has been a way of life for over fifty years, beginning with his studies with the legendary Charles White when he was a teenager. He describes his process as one of observation, not copying, and uses abstract lines and marks to interpret his subjects. As his drawings require months of work, he only chooses subjects that are important to him so that his drive and interest will not diminish. Big themes always motivate Wyatt, and in this case, his drawings relate to the unavoidability of loss, the possibility of healing and the inevitability of a new day.

Richard Wyatt Jr. (born 1955, Los Angeles) has been a presence in the Los Angeles art scene since the 1960s when he studied at the Watts Towers Art Center and attended the Saturday Tutor Art Program at the Otis Art Institute. Wyatt later obtained a Bachelor of Fine Arts from the University of California, Los Angeles (1978) and has taught drawing and painting at the University of California, Irvine; Otis Art Institute, Los Angeles and the Watts Towers Art Center, Los Angeles. His work has been regularly exhibited since 1971 with solo exhibitions at Steve Turner Gallery, Los Angeles (2005) and group exhibitions at LACMA, (2022, 2019 & 1972); Salon 94, New York (2020); Frye Art Museum, Seattle (2001); California African American Museum, Los Angeles (2016, 2011, 2006 & 1992) and Santa Monica Museum of Art (1992 & 1991). Wyatt has also created notable public art works including those at the Robert F. Kennedy Monument, Los Angeles (collaboration with May Sun); Capitol Records Building, Hollywood and Spike’s Joint, Los Angeles.