My artistic trajectory had previously followed the Duchamp path, really, so Picasso was a late discovery. I started looking at him seriously and became a little bit obsessed, specifically with the classic period of Cubism, 1911-1914

Rodney Graham returns to London for his thirteenth show with Lisson Gallery, exhibiting a new suite of paintings developed from a series begun with an online exhibition, ‘Painting Problems’ two years ago. While an inveterate and self-confessed appropriator in the Duchampian mode, Graham has now entered a self-reflexive mode of painting, drawing from his own past projects, rather than wholly from art historical precedent. 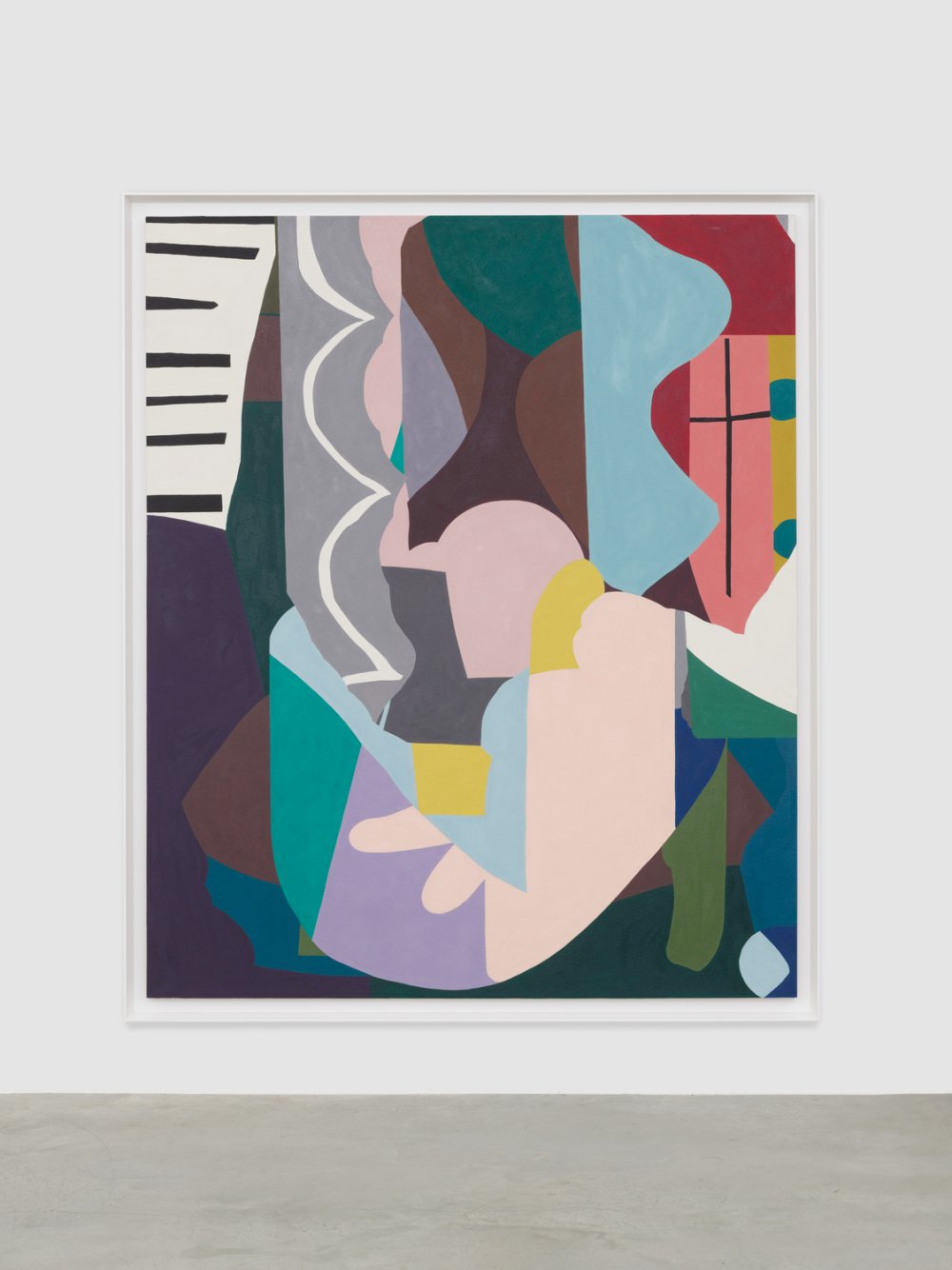 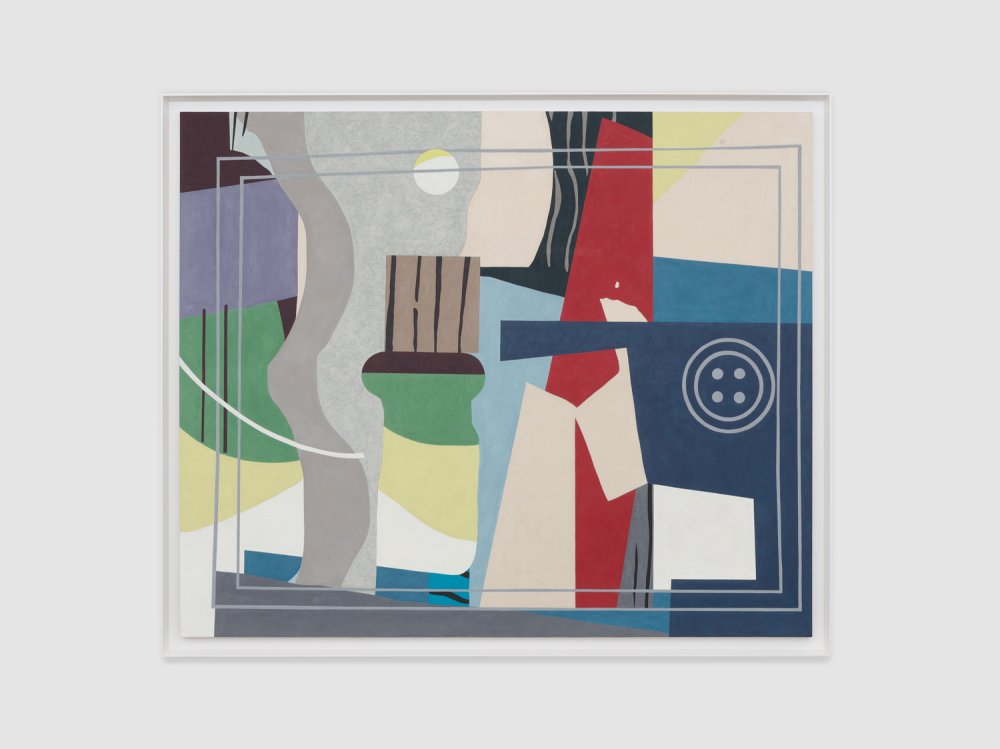 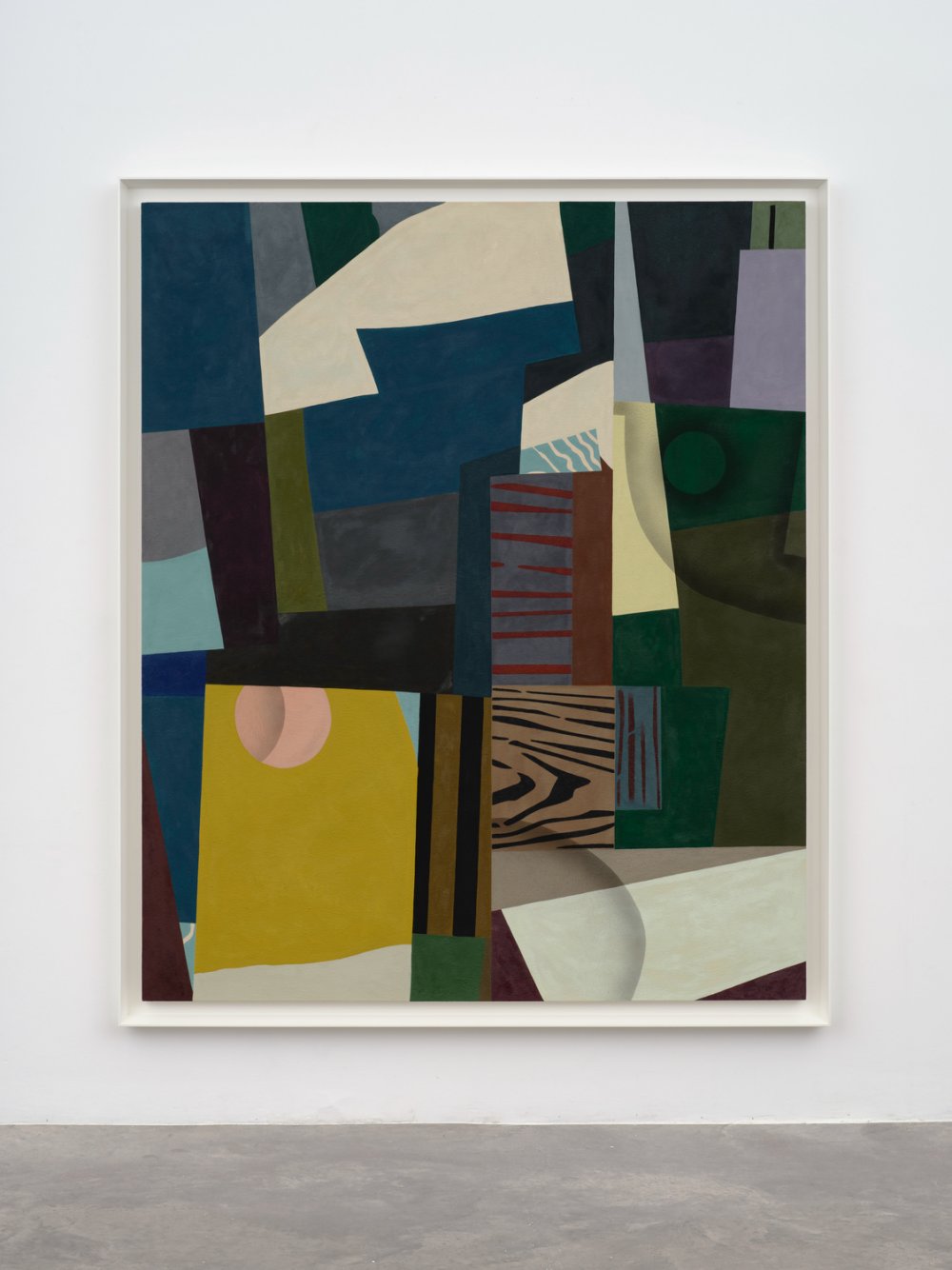 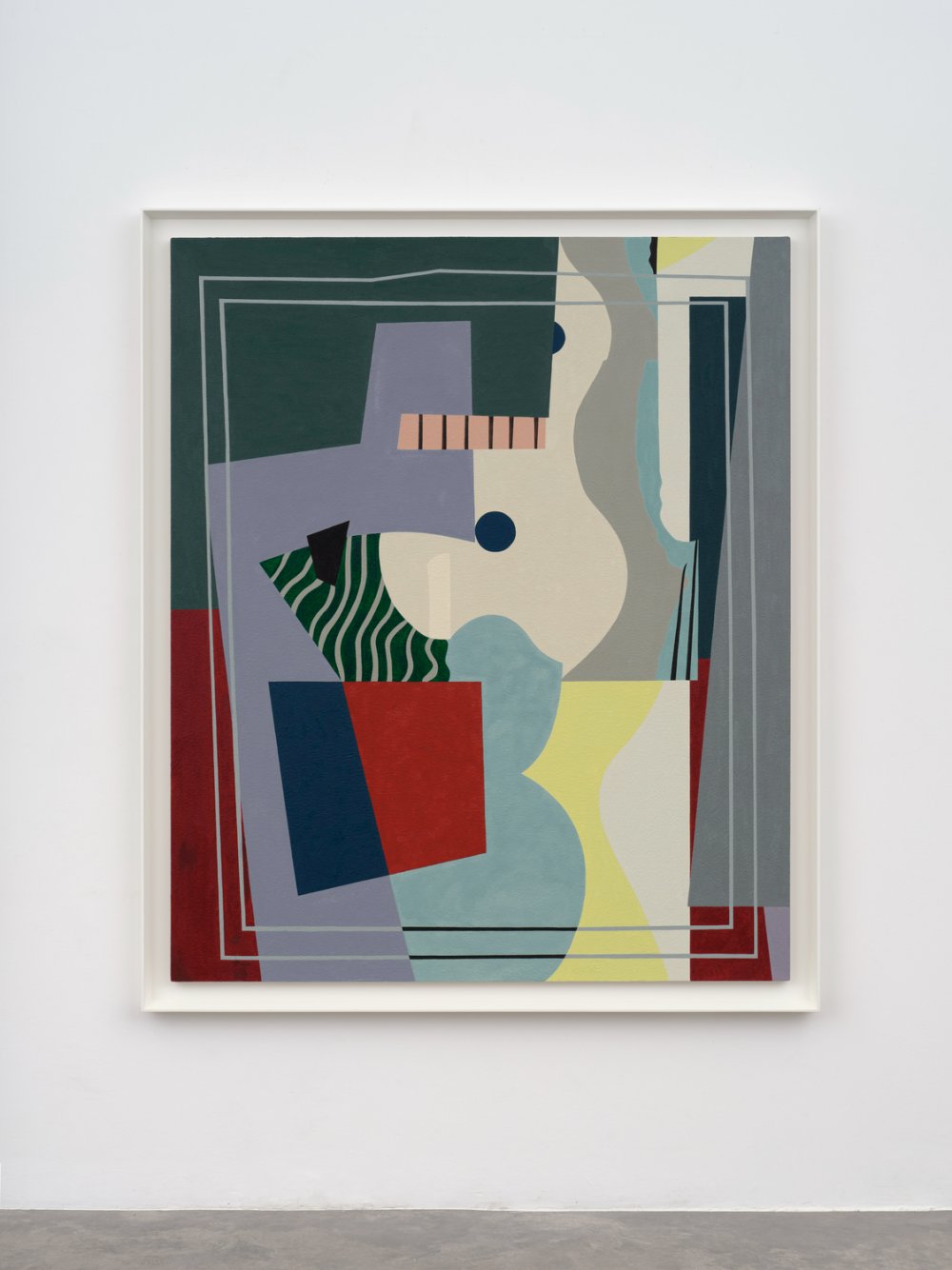 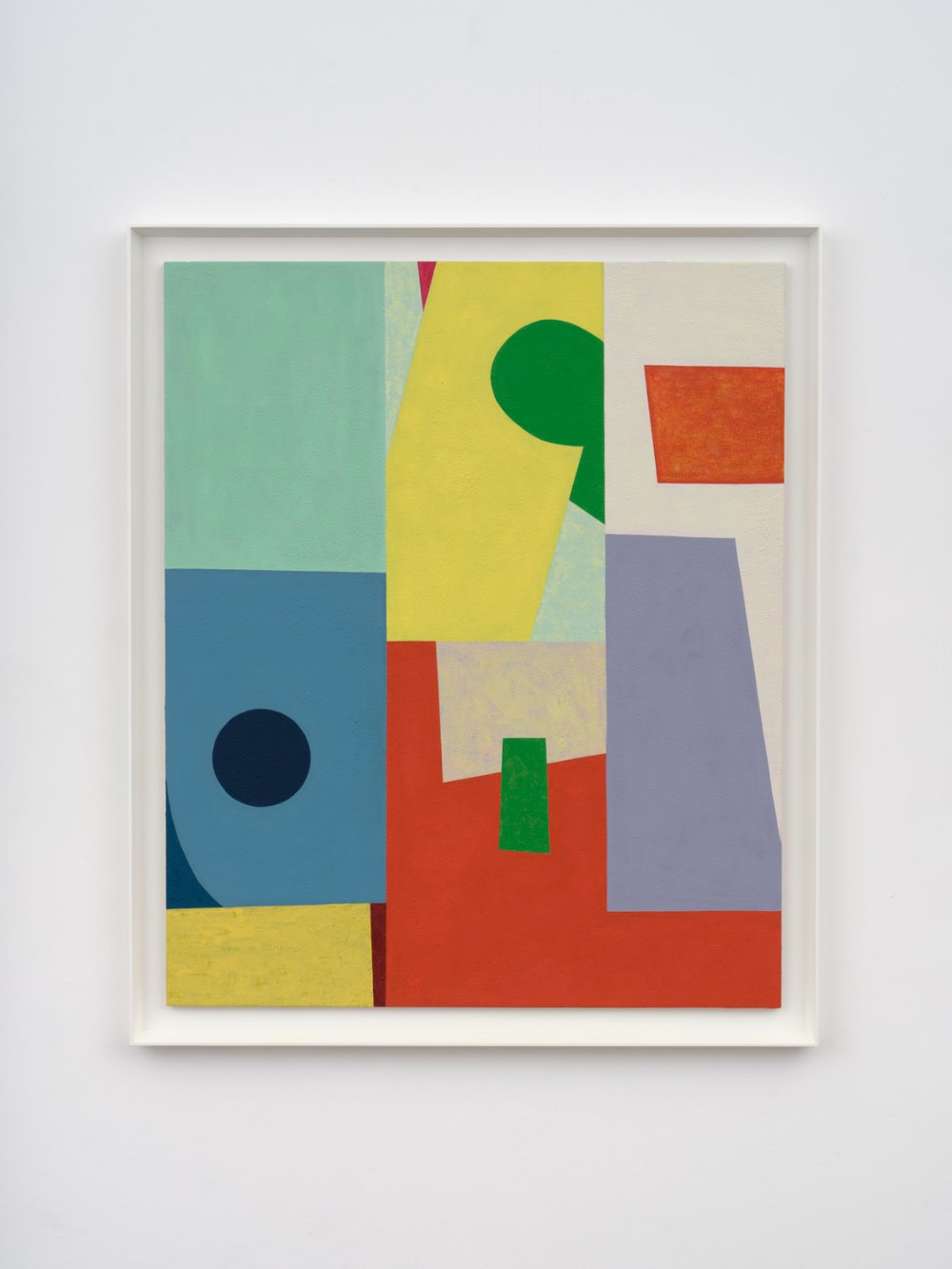 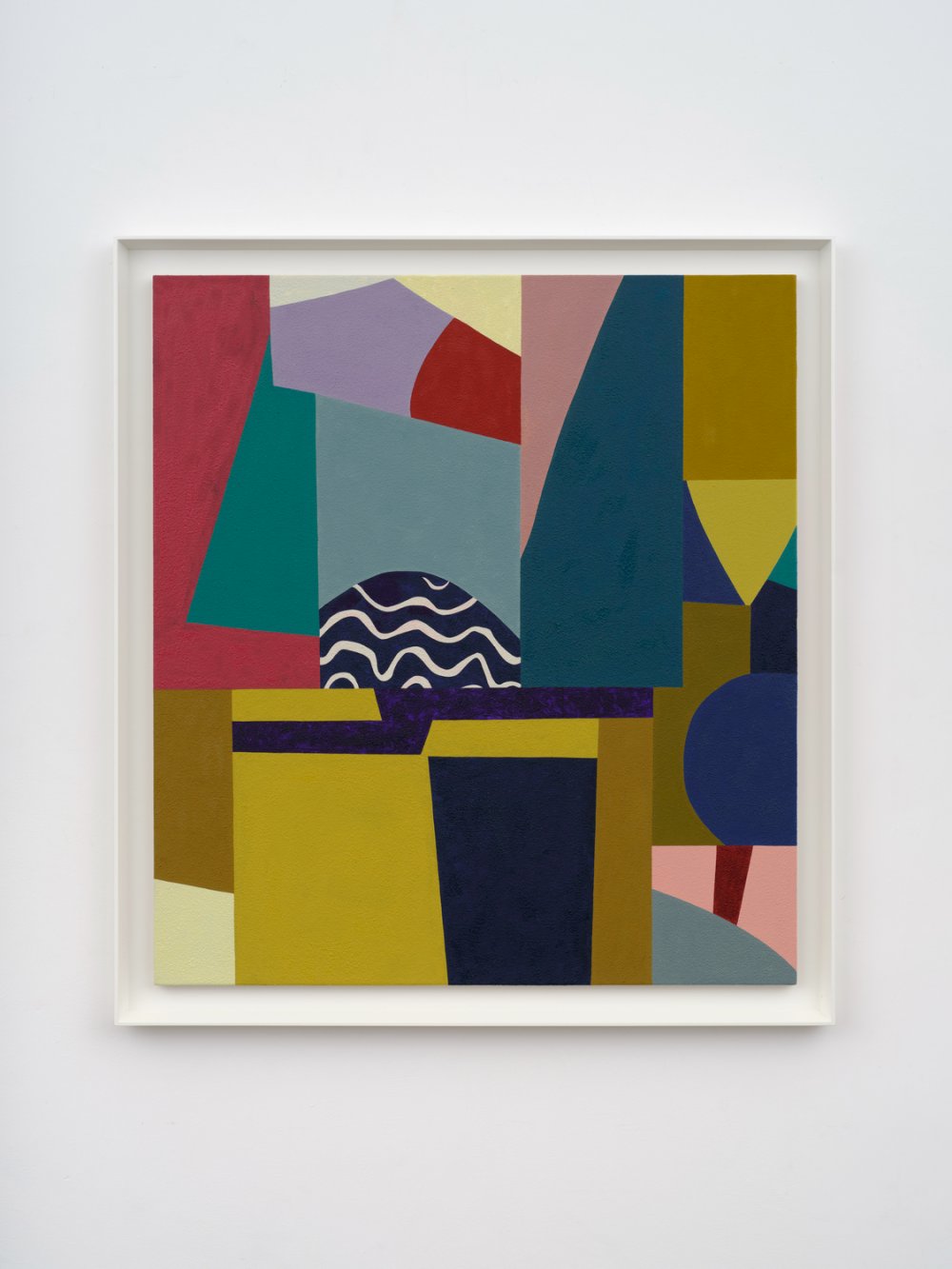 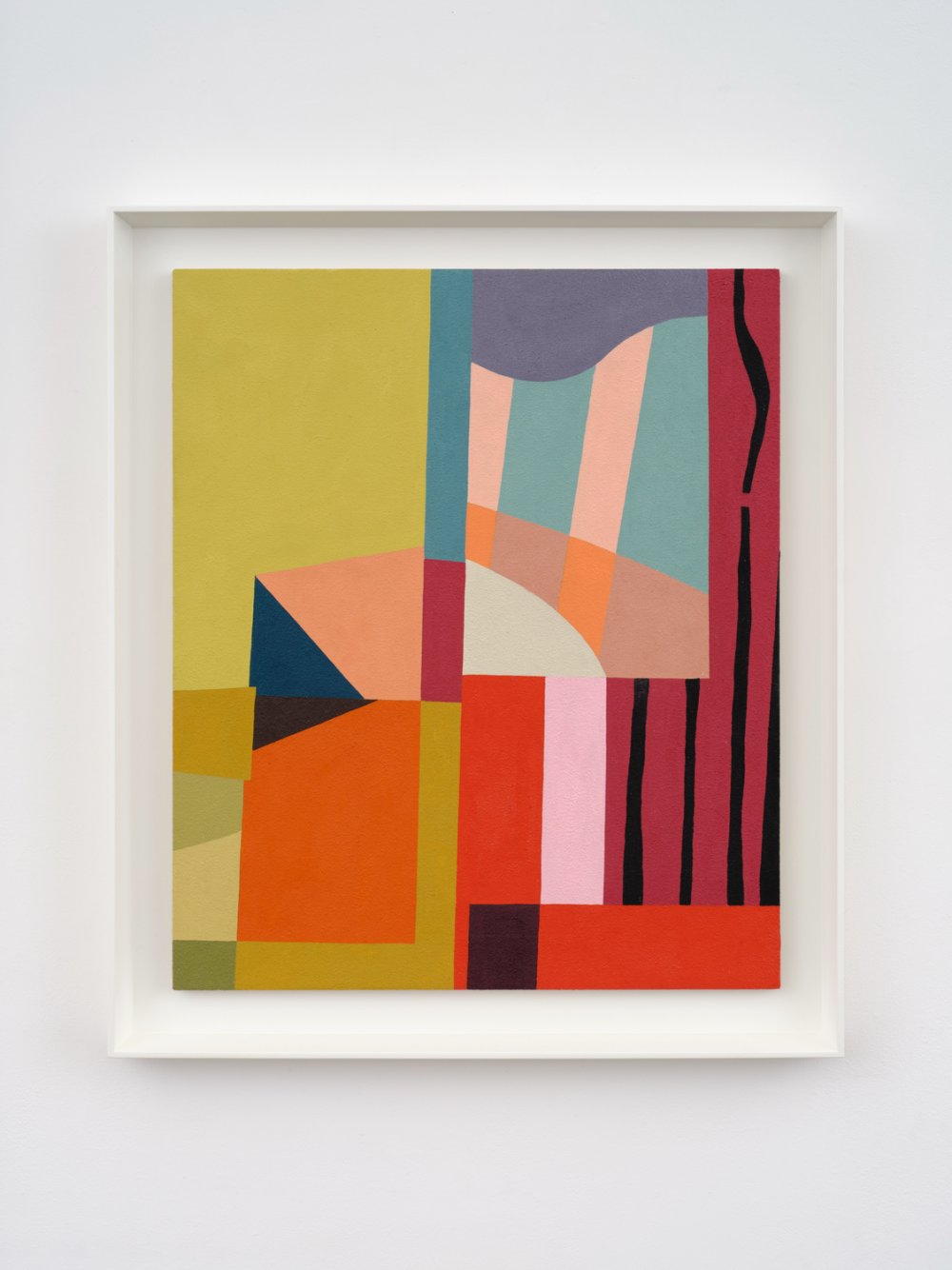 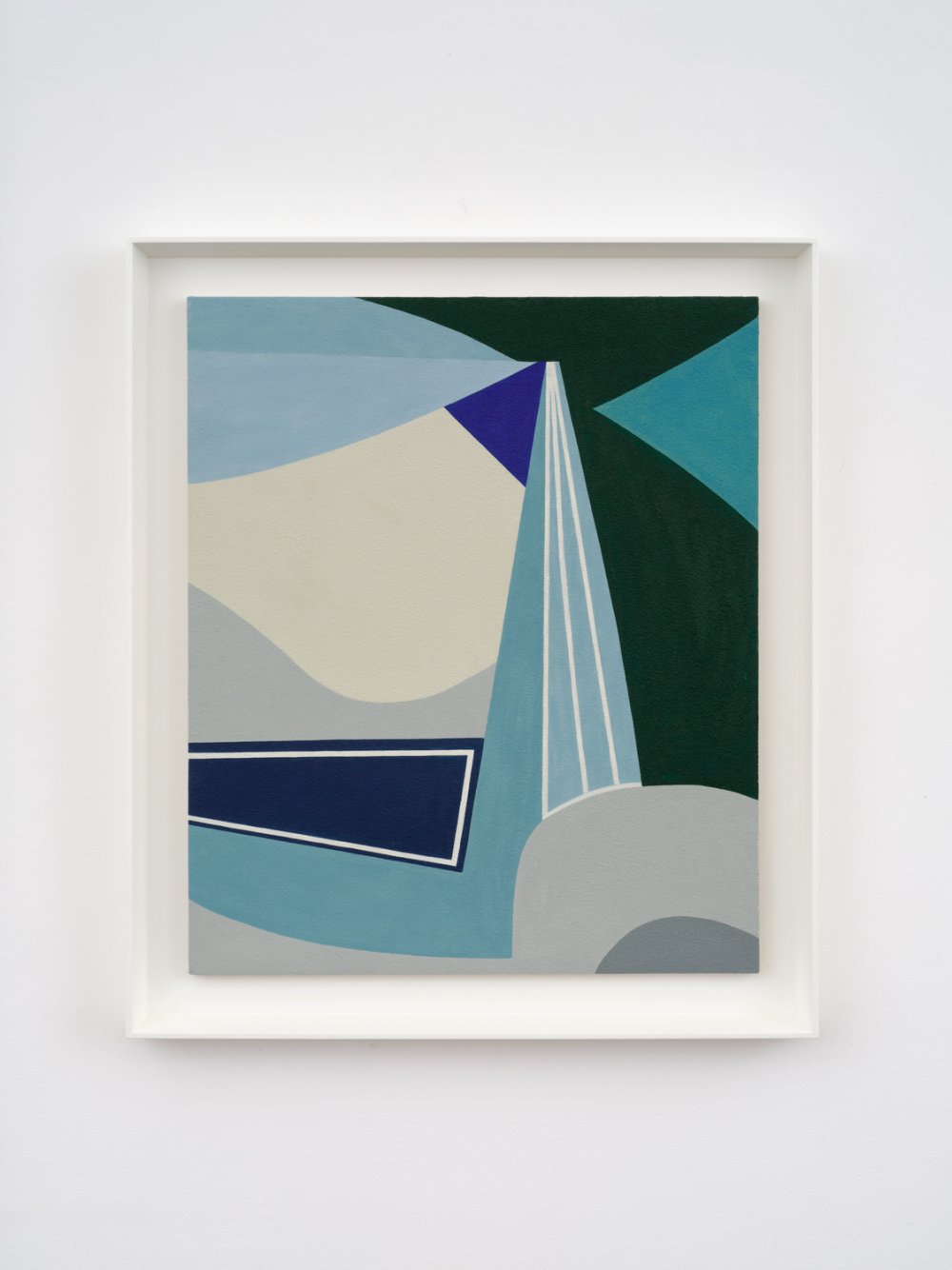 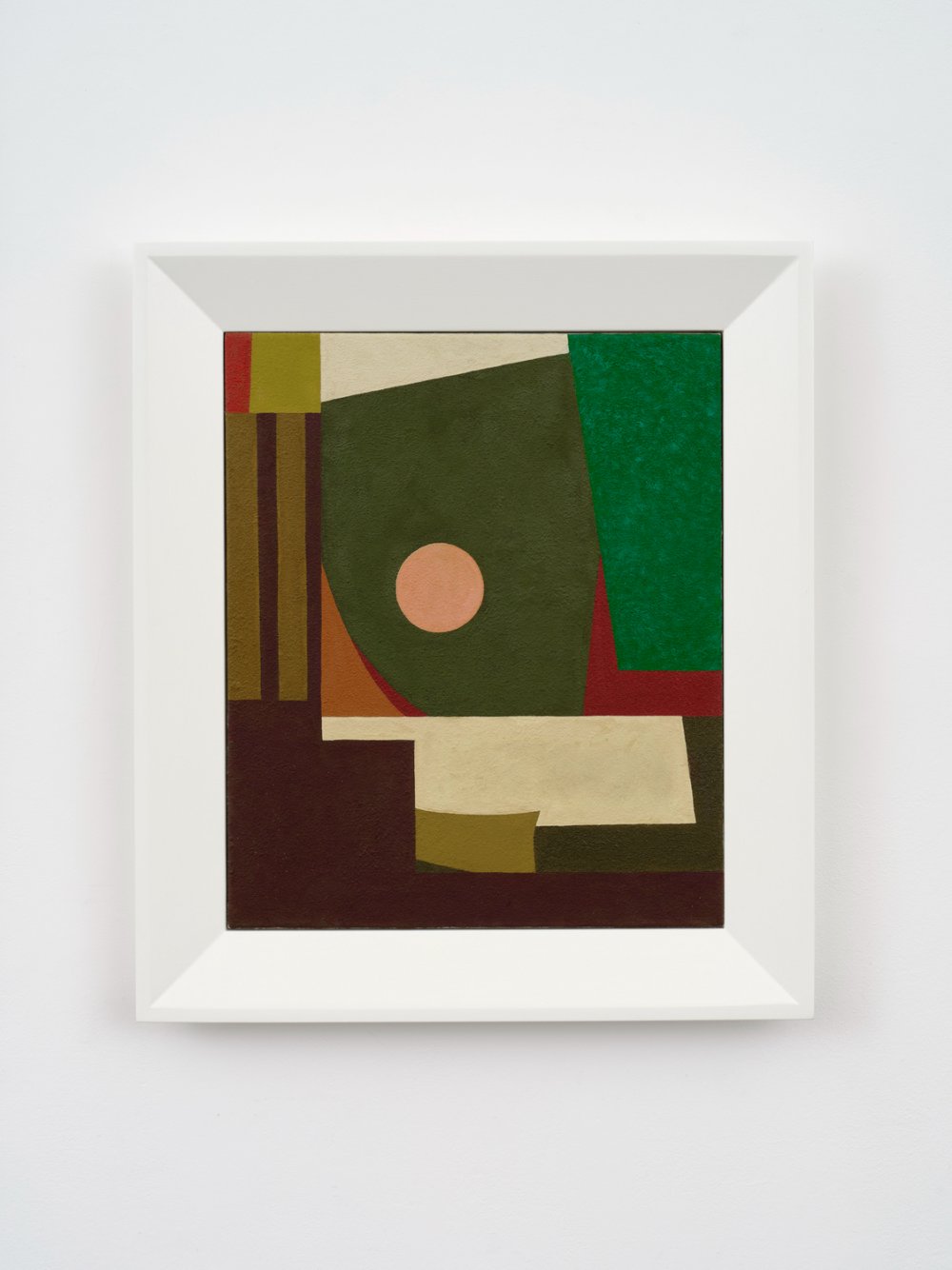 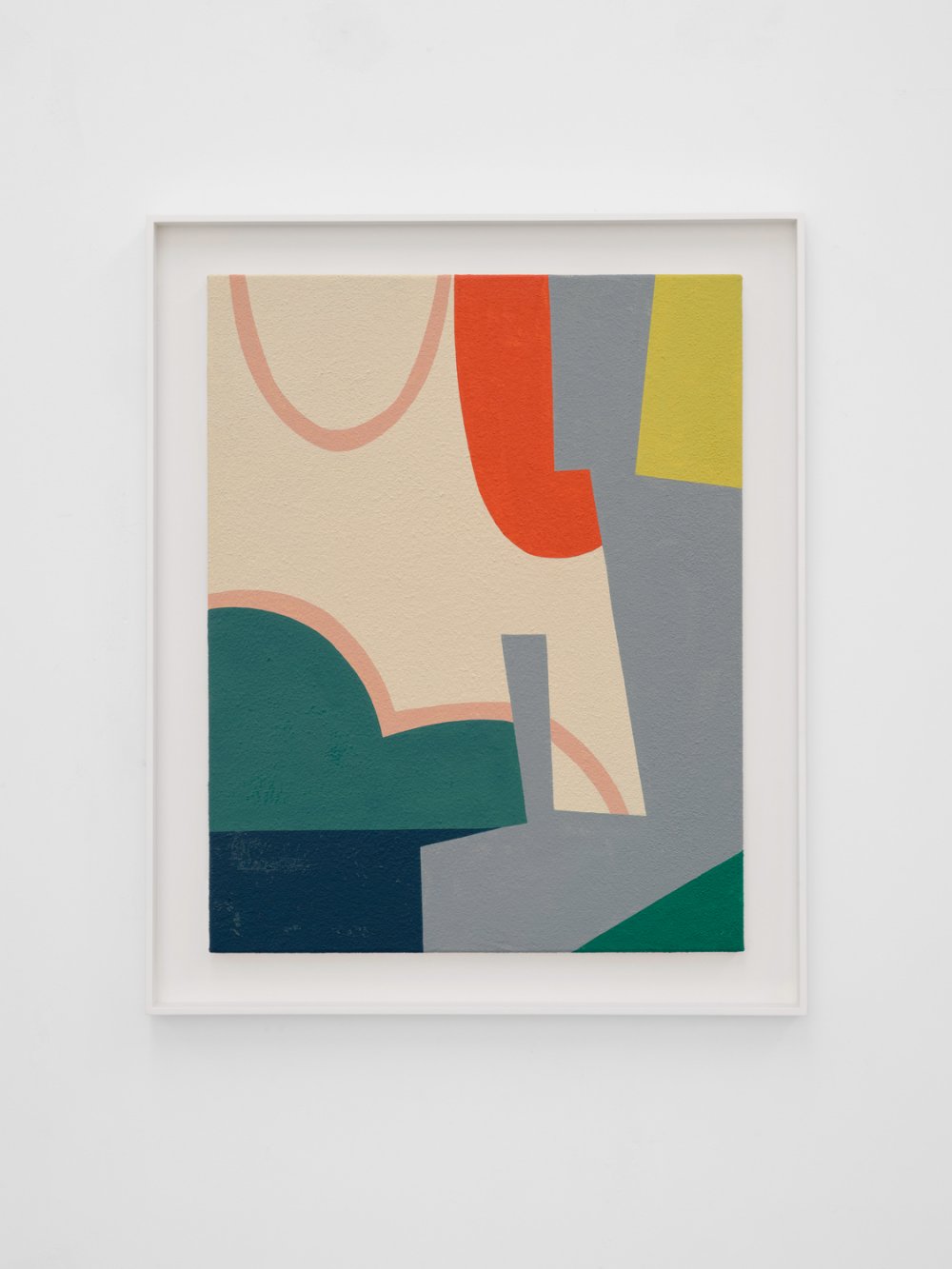 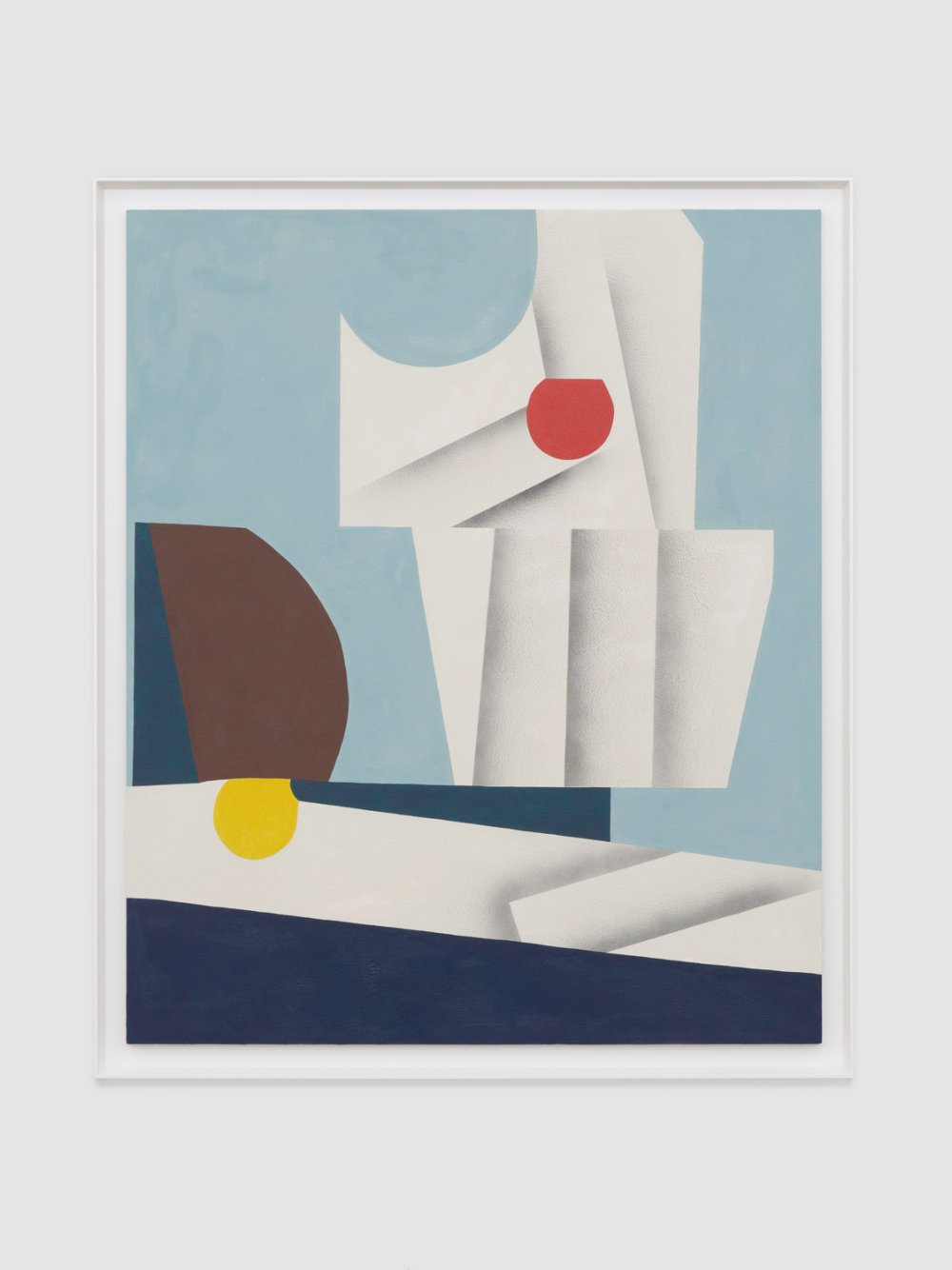 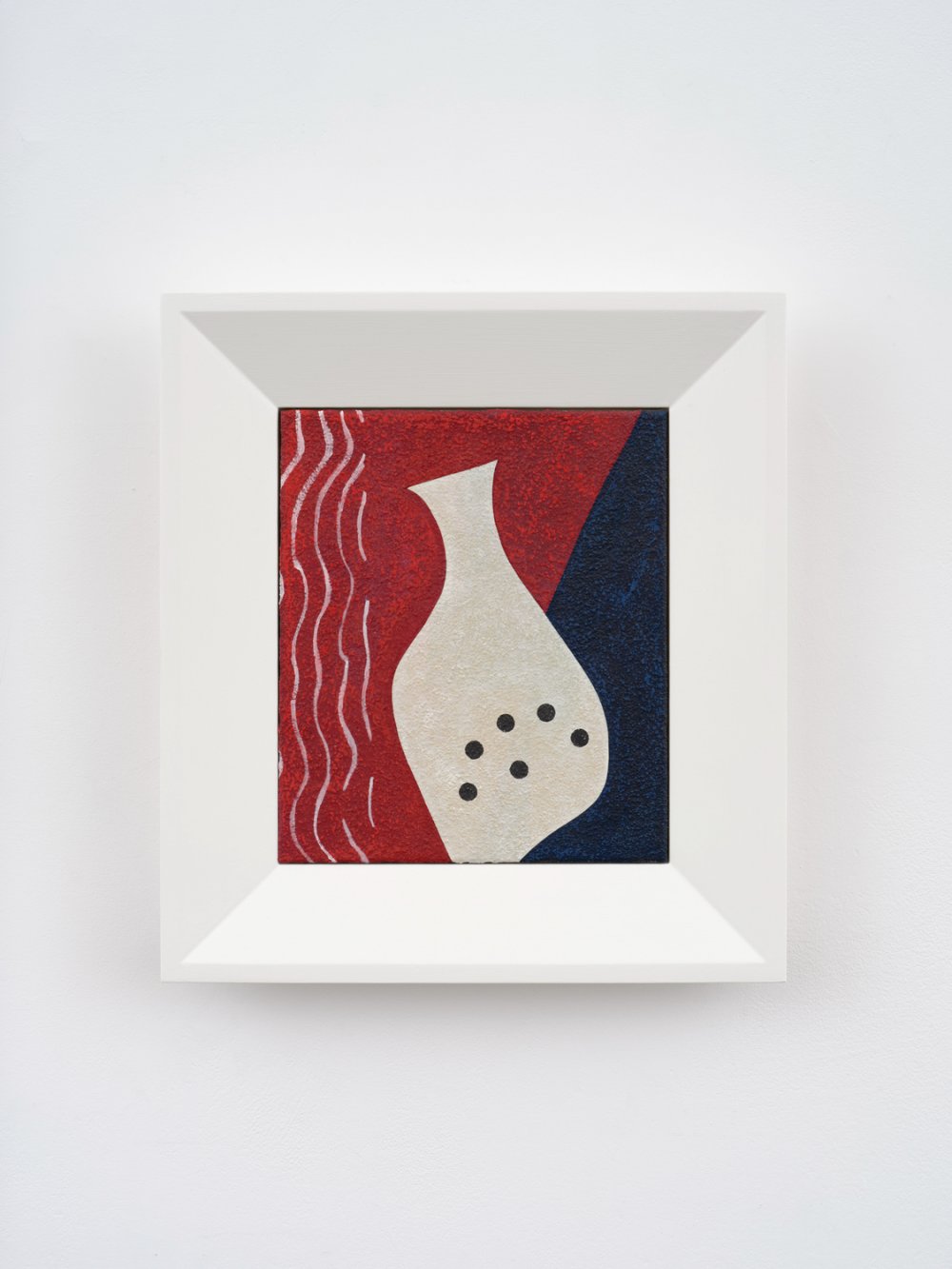 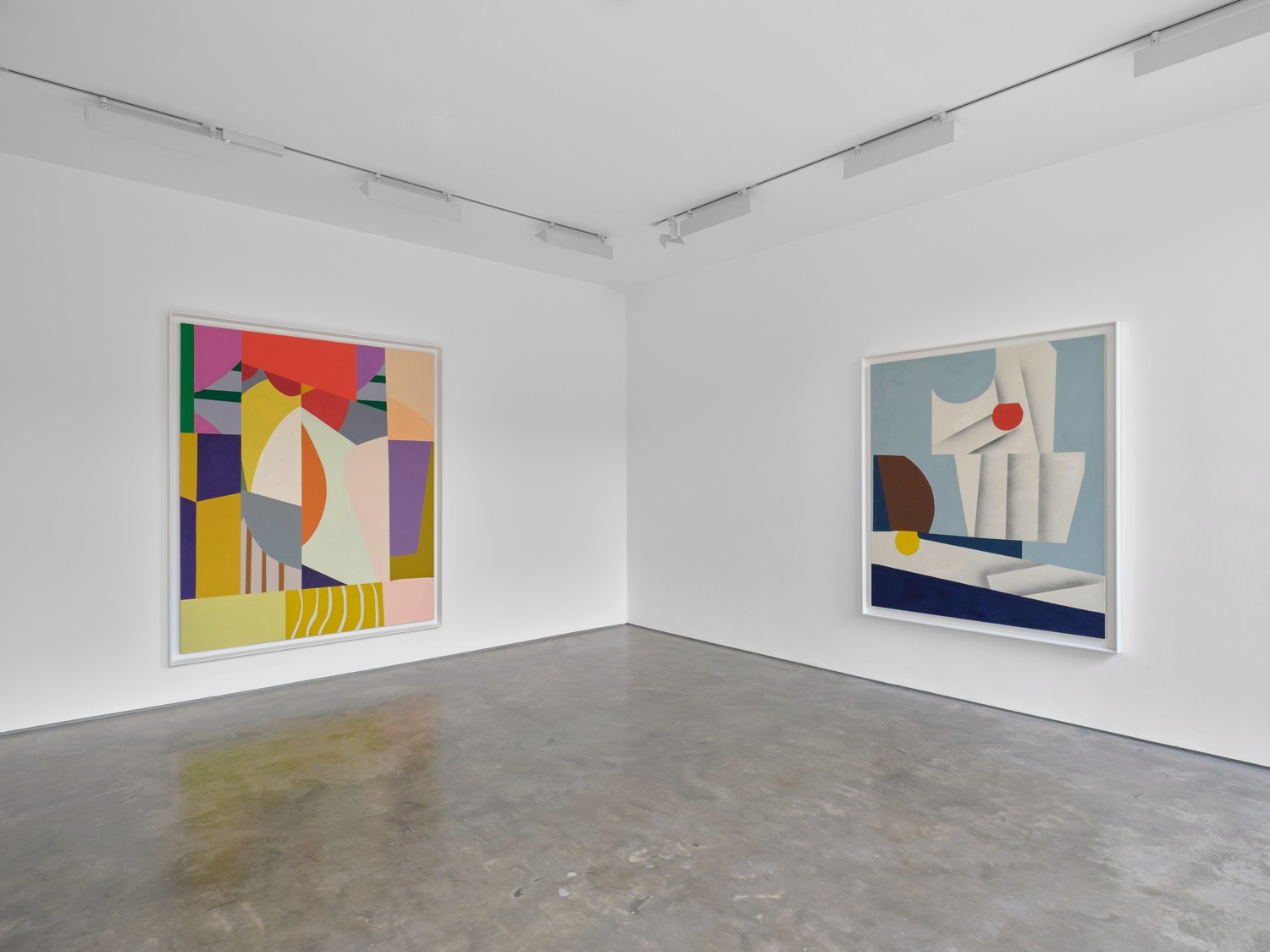 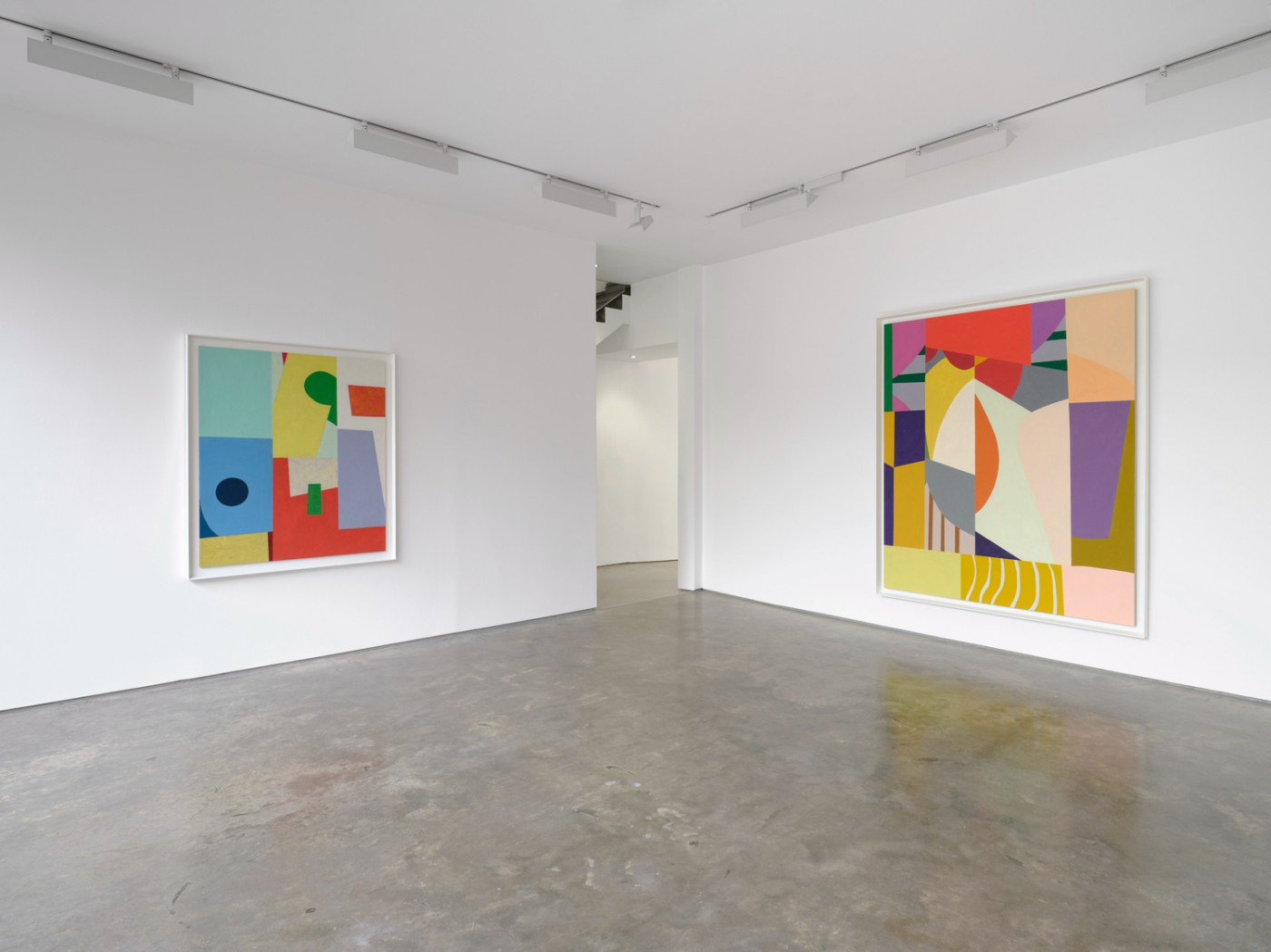 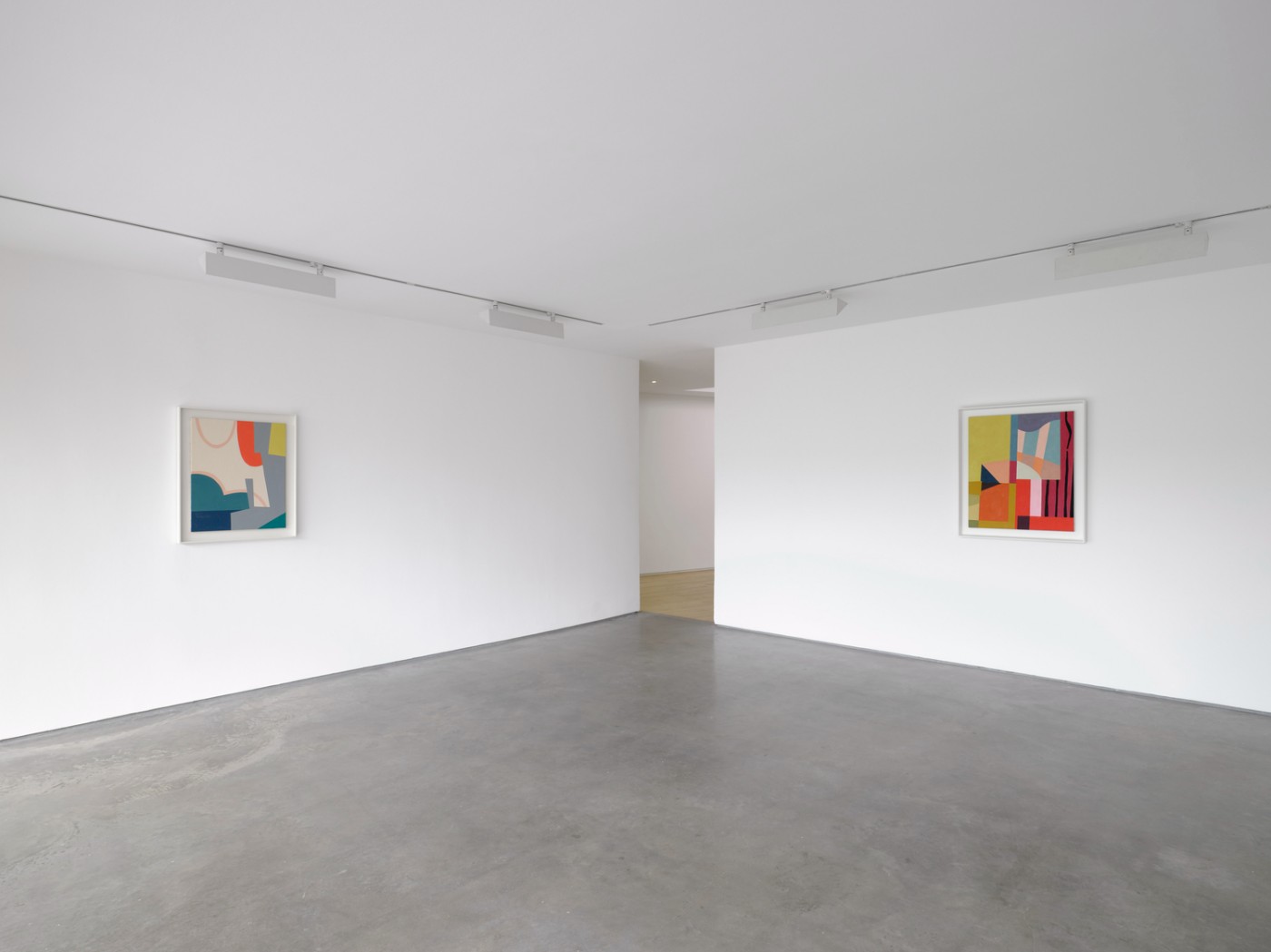 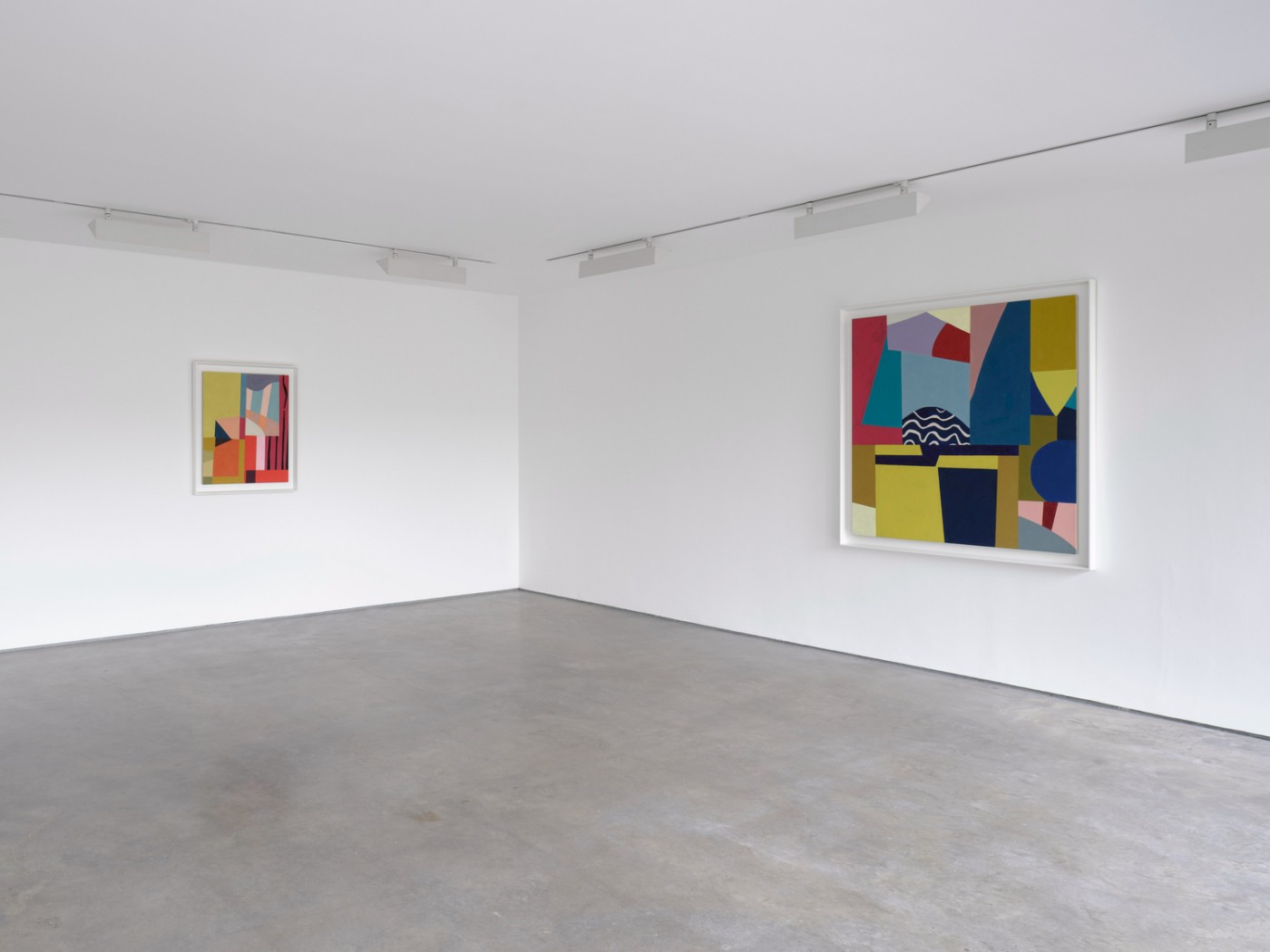 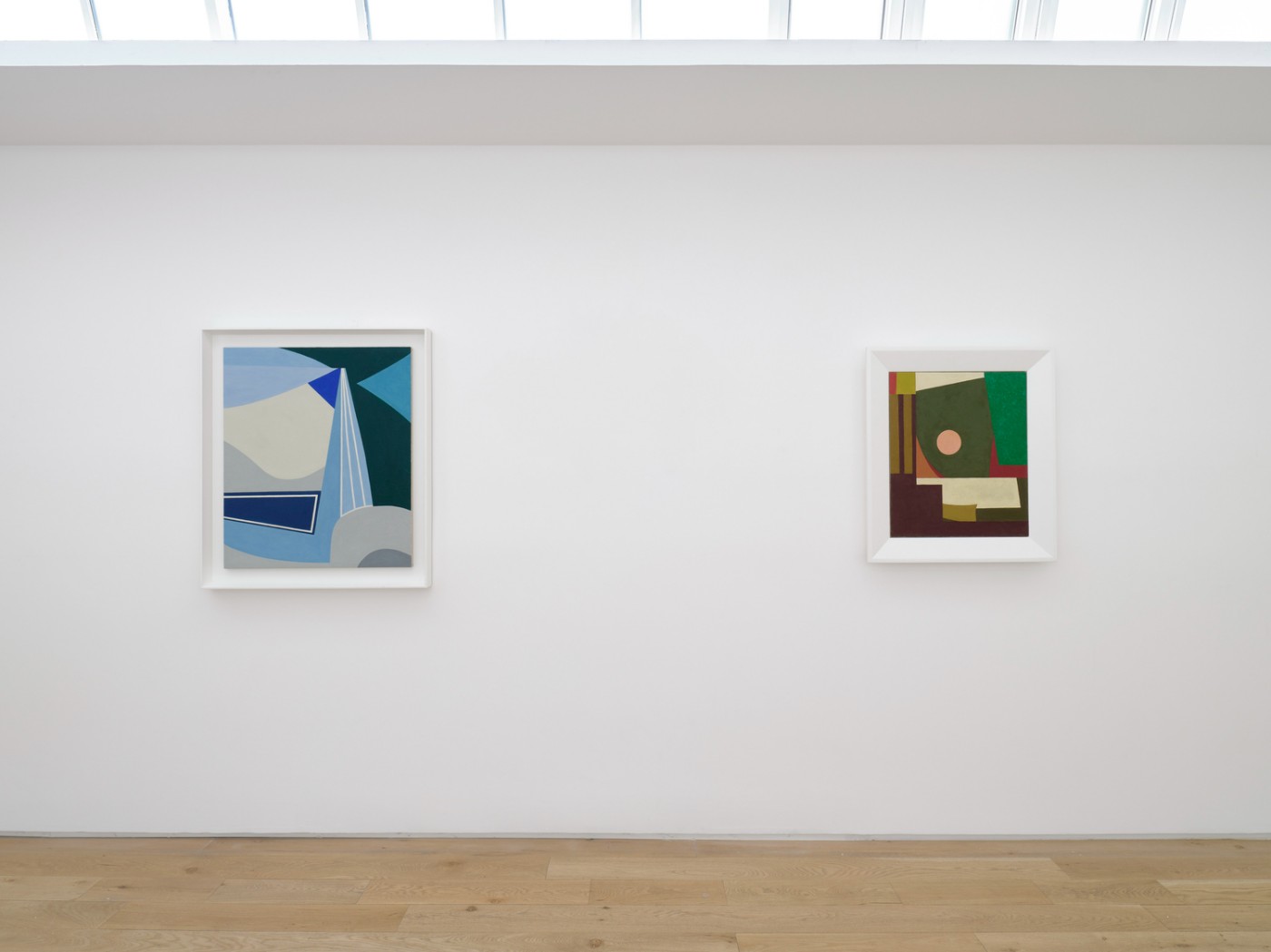 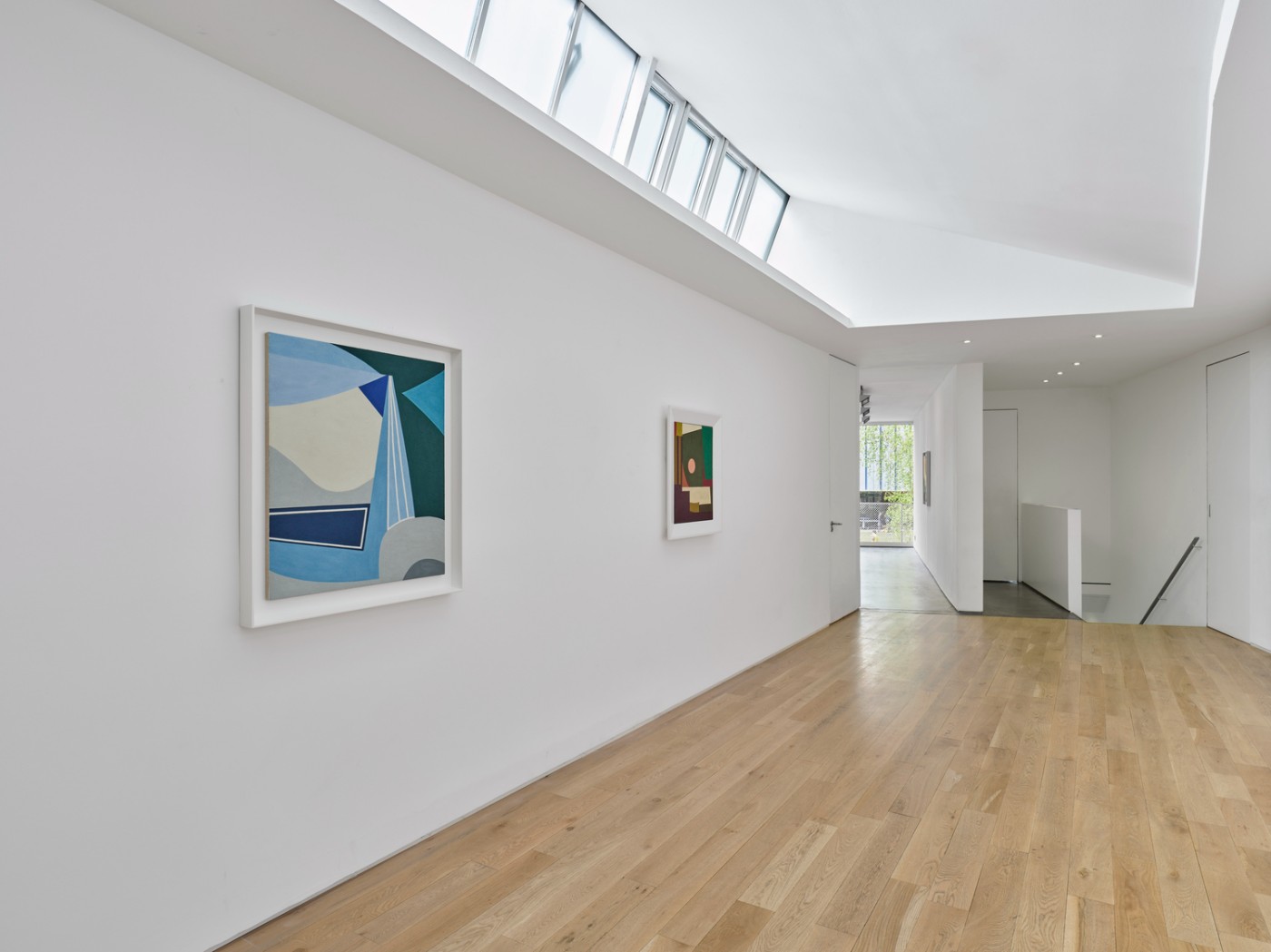 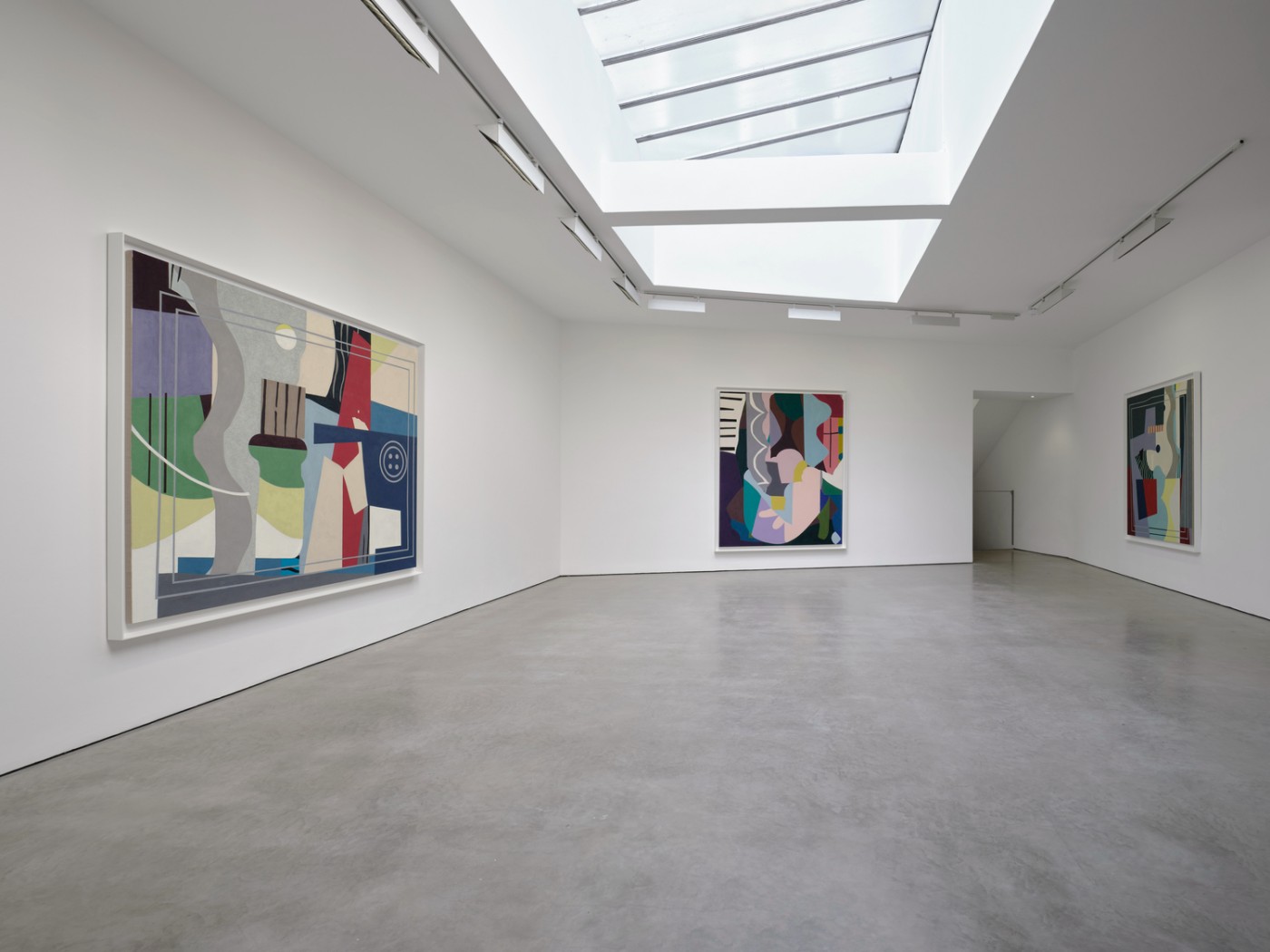 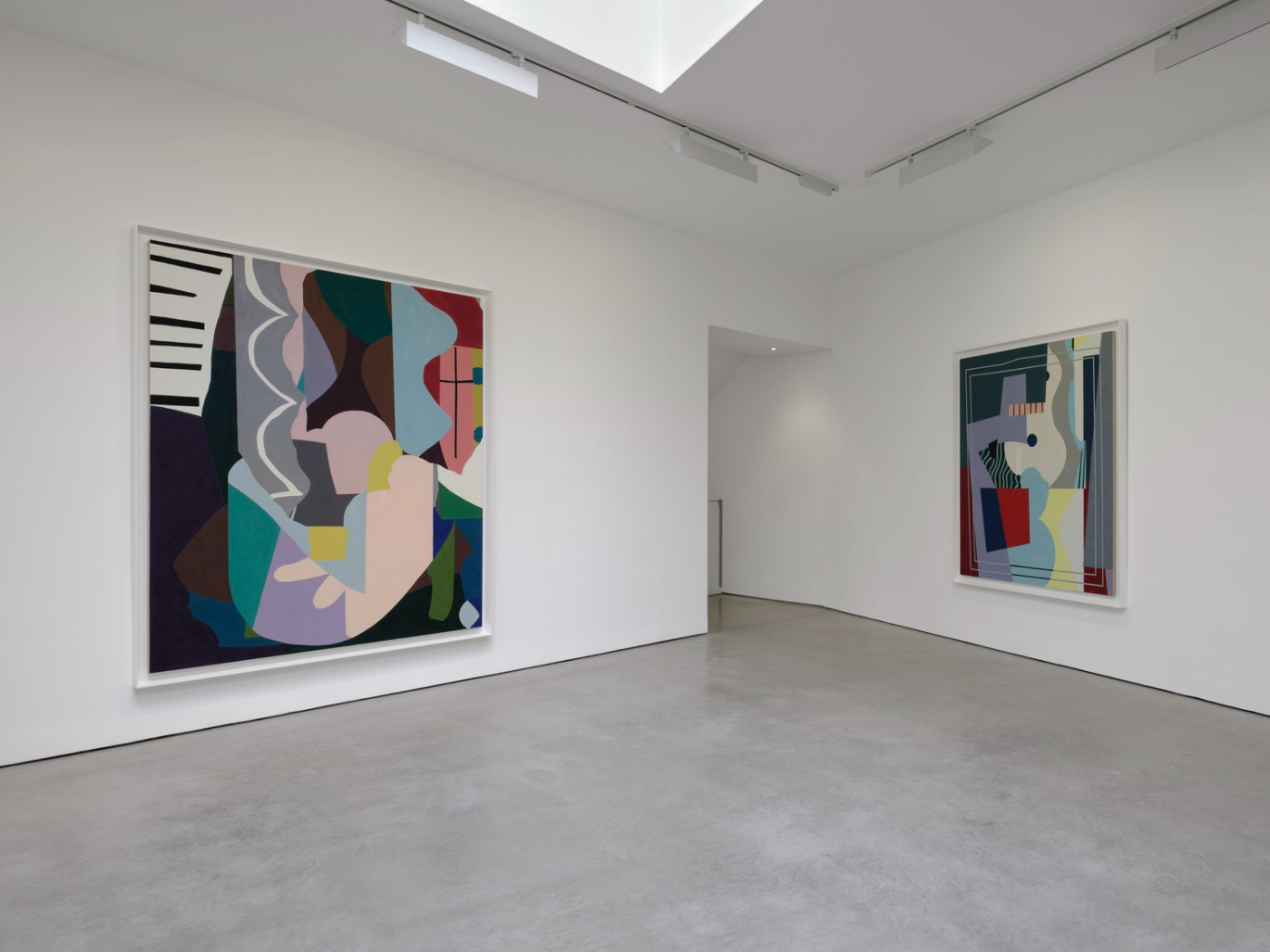 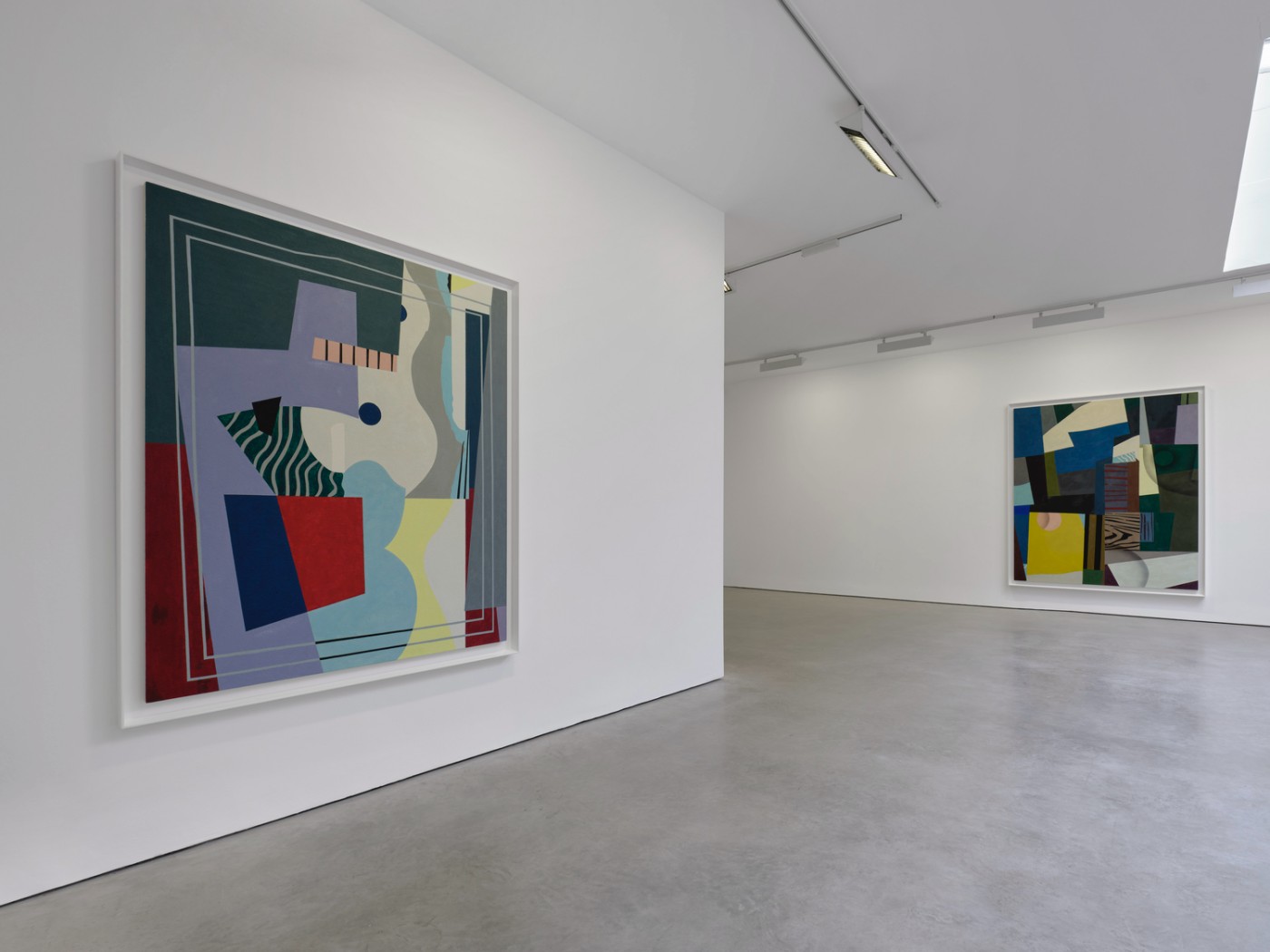 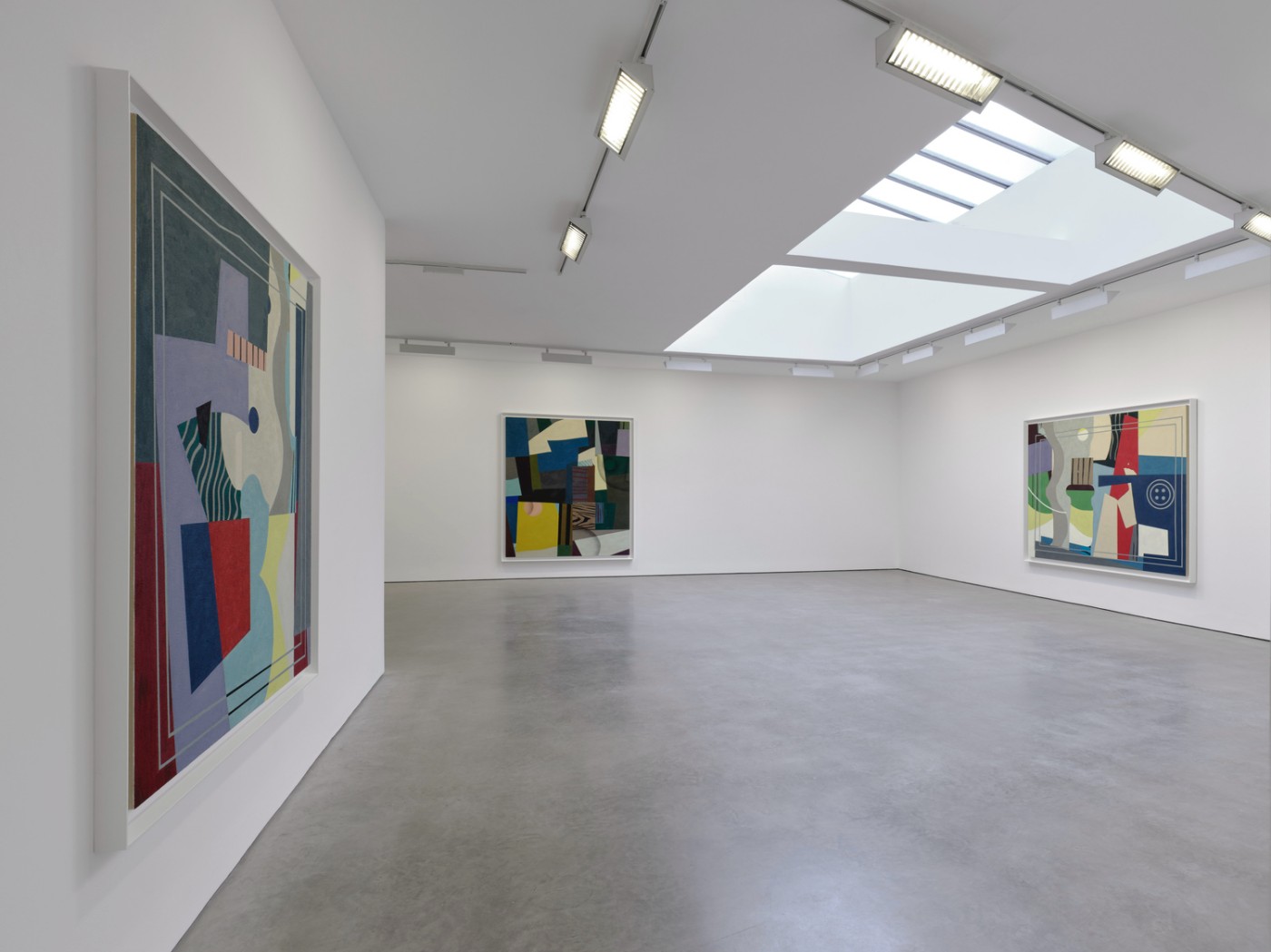 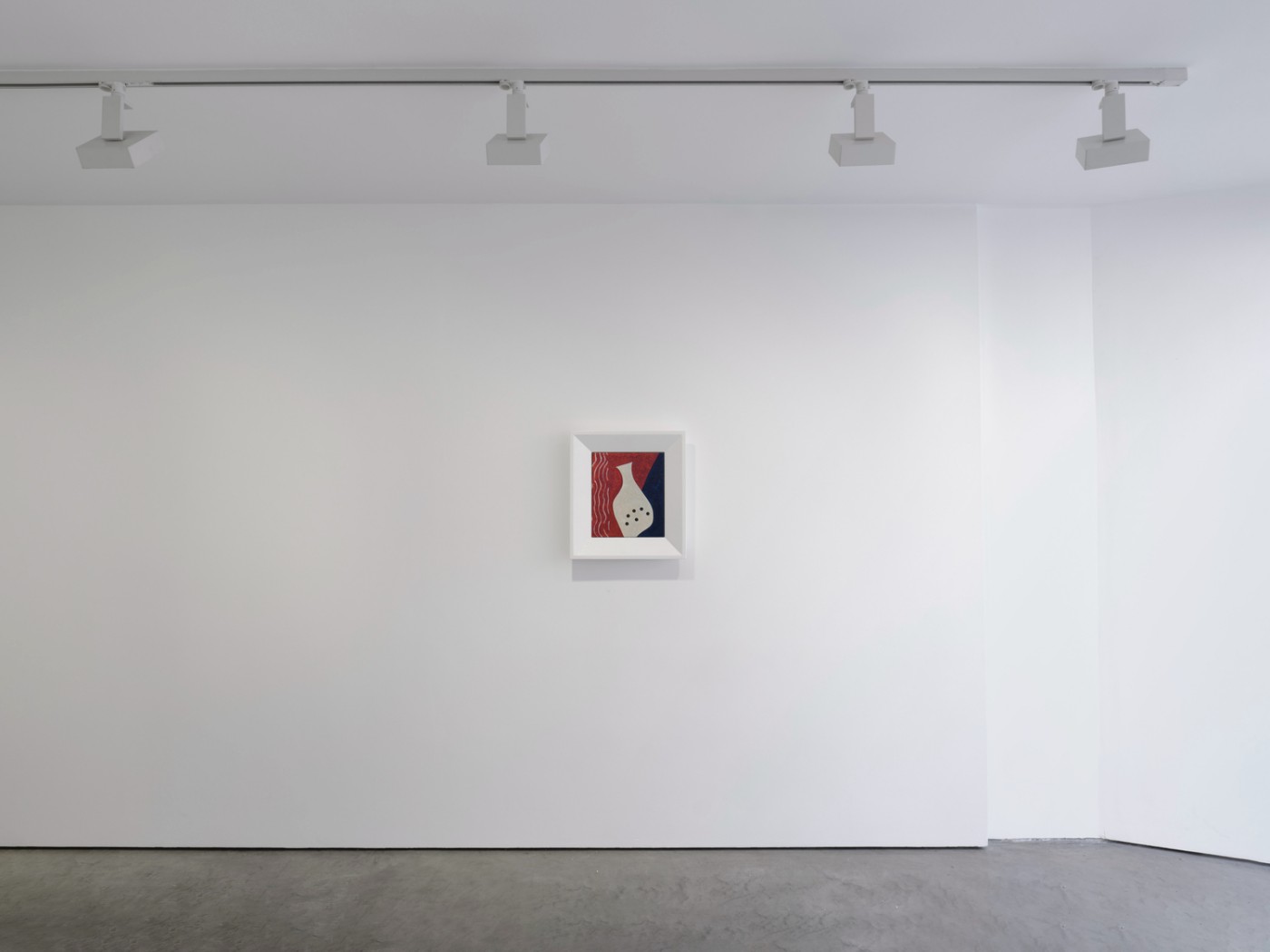 Through layering and superimposition, Graham achieves the painterly equivalent of an all-over Cubism in the largest of these new paintings, with the introduction of quasi-recognisable objects or symbols – a button, a keyboard, a zebra stripe – simultaneously flattening and adding realistic depth to the compositions. His technique of re-incorporating or stitching together motifs from previous bodies of painting perhaps adds to the familiarity of form, through which Graham finds his own harmonic, graphic outcome.

“The system we developed to achieve this depth, through airbrushing and spraypainting, was to take a fragment of a larger template that I created – if you look from one to the other you might see a simple shape recurring. This was then overlaid and spraypainted over with a kind of a shadow effect that evokes, I guess, in a graphic way, the techniques of Analytic Cubism.”

Although best known for his conceptual practice as a photographer and installation artist, Graham, has often turned to painting, in the first instance for his 2007 exhibition, ‘Wet on Wet: My Late Early Styles’. Then generated from examples of abstract artists including Francis Picabia or Jean Arp, he moved on to Morris Louis-style drip painting, then shaped canvases and multipartite painting, before embarking on impastoed, midcentury modernist works in the manner of Lucio Fontana.

More recent works started with an example of Alexander Rodchenko, which was endlessly cut-and-pasted, rotated and transformed in Photoshop before becoming unrecognisable as source material. The current body of works owe as much to Matisse as they do Picasso, with windows, openings and guitar shapes all coalescing into view. While his ‘late early styles’ could have been considered ironic experimentation with a post-medium condition, Graham has now developed his own ‘mature’ expression as a painter from a position of experience and prolonged studio practice.