The MEP is proud to present the first major retrospective dedicated to Samuel Fosso, with works from the 1970s to the present day. 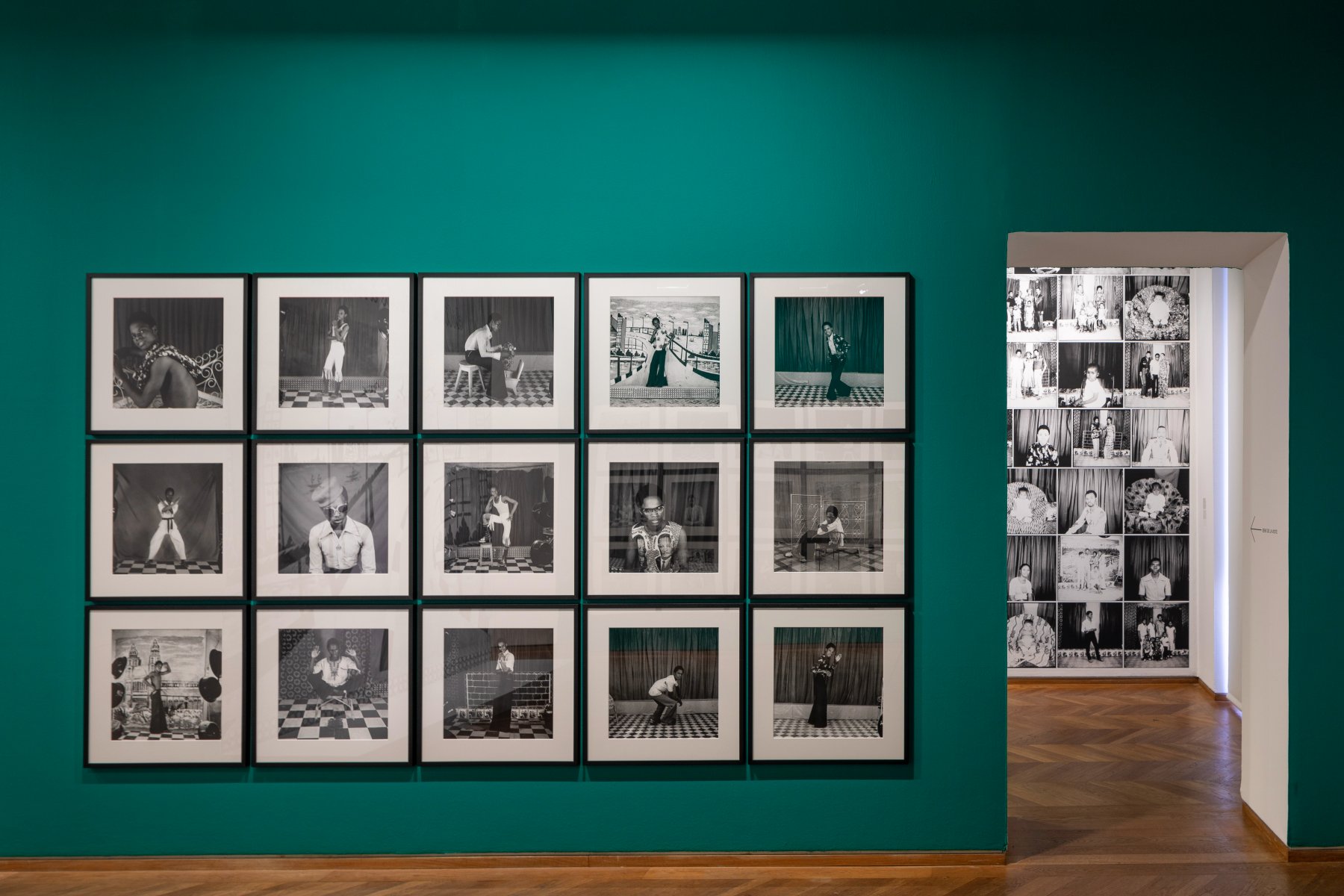 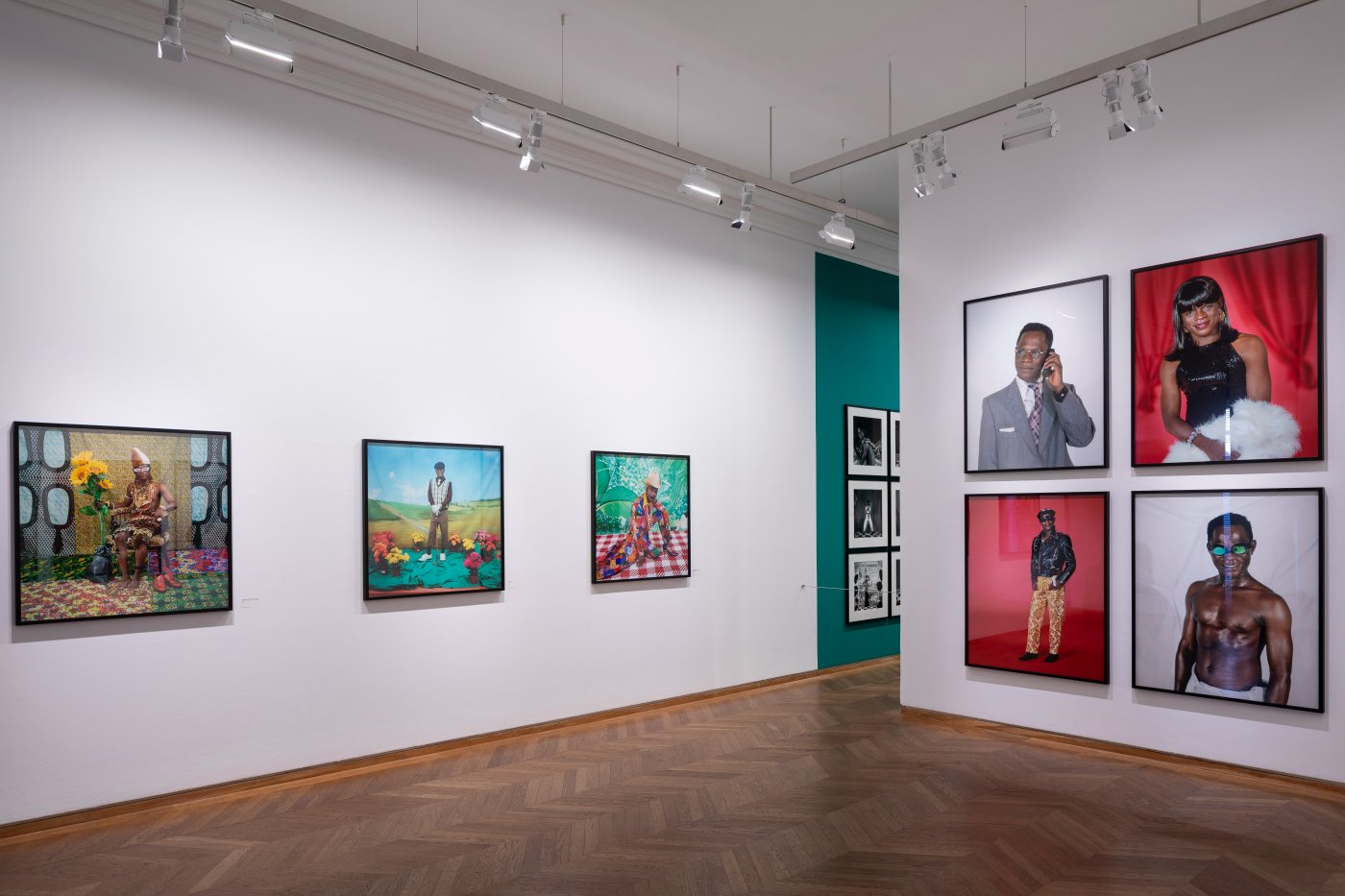 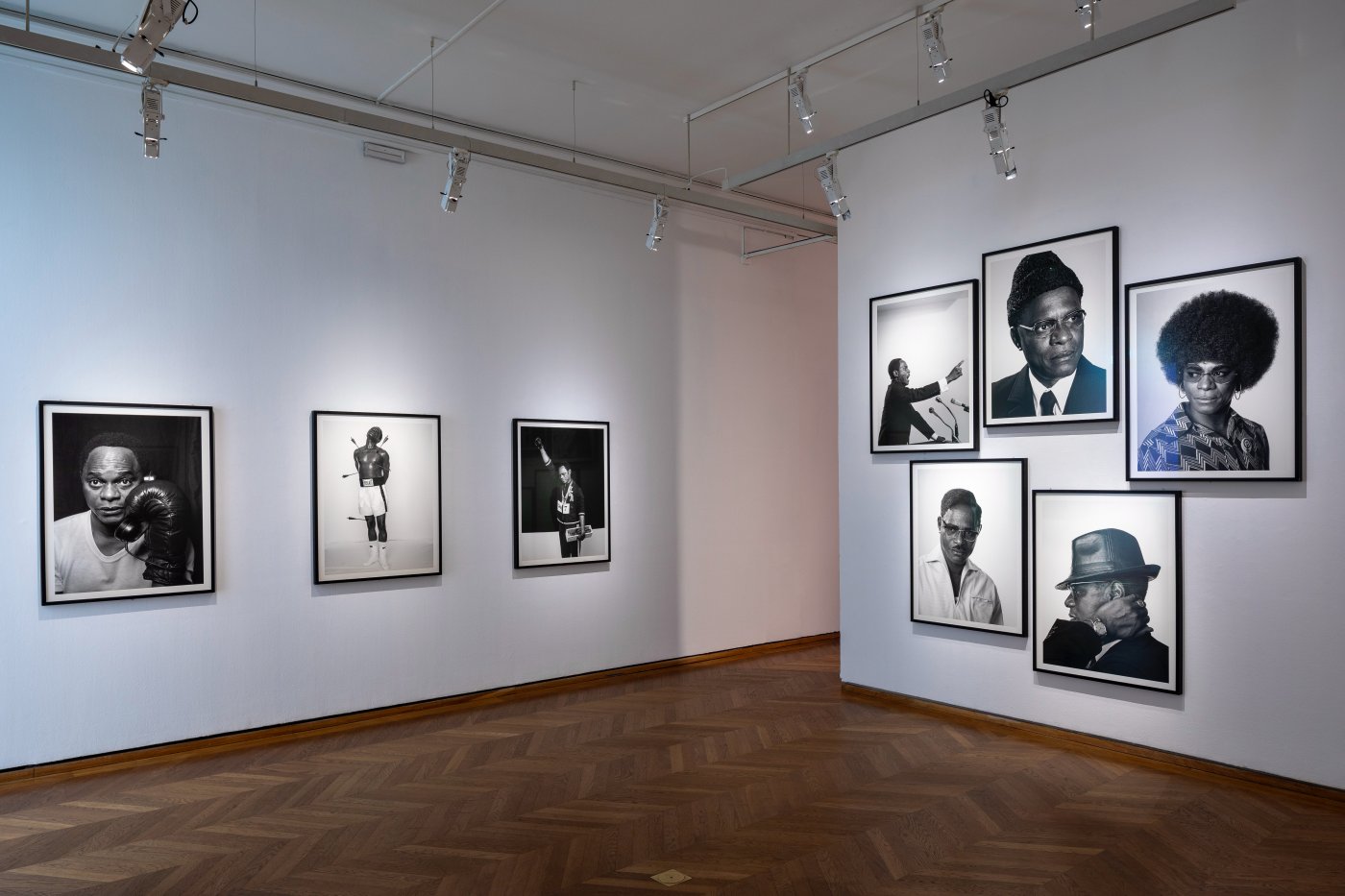 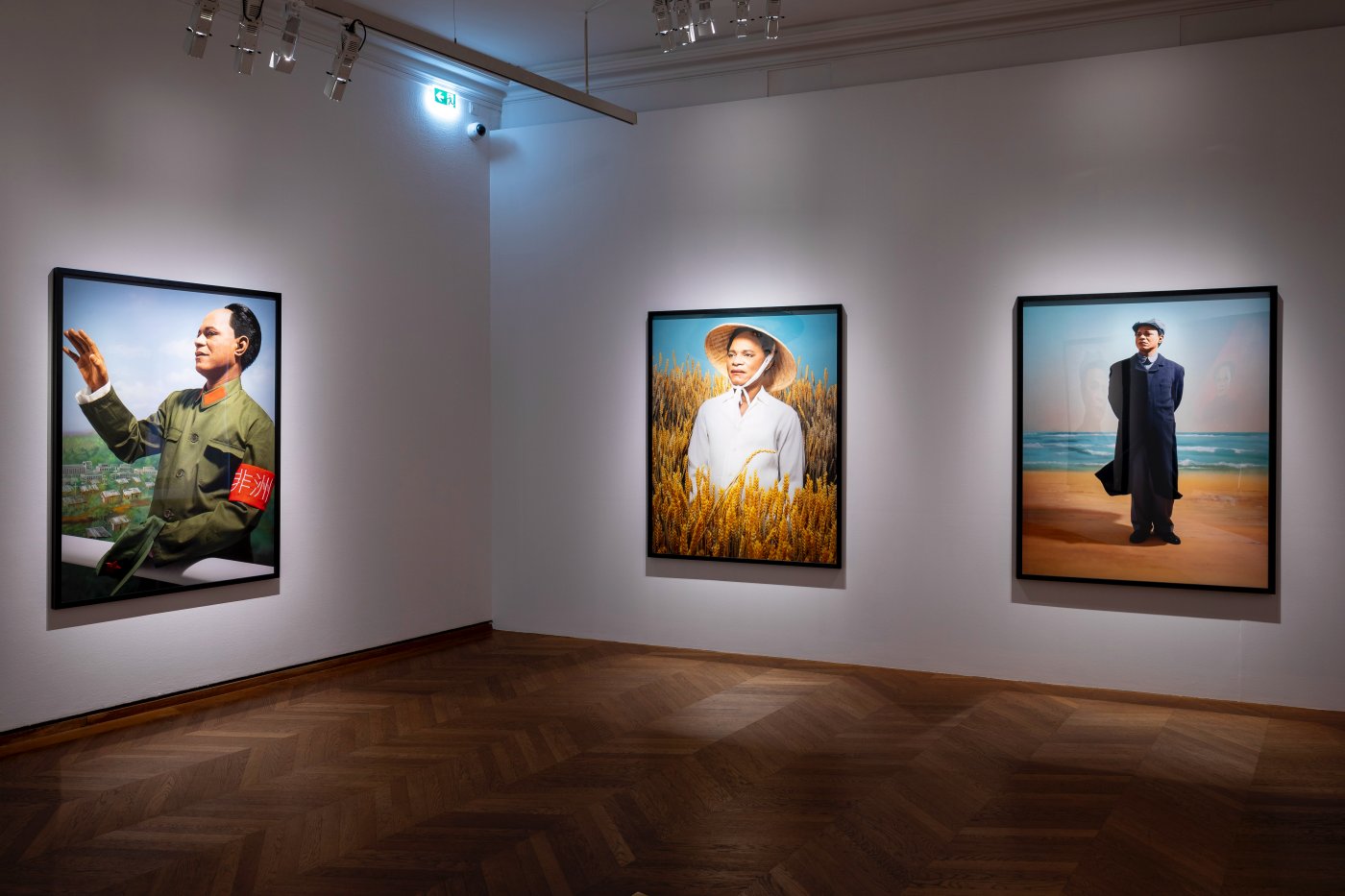 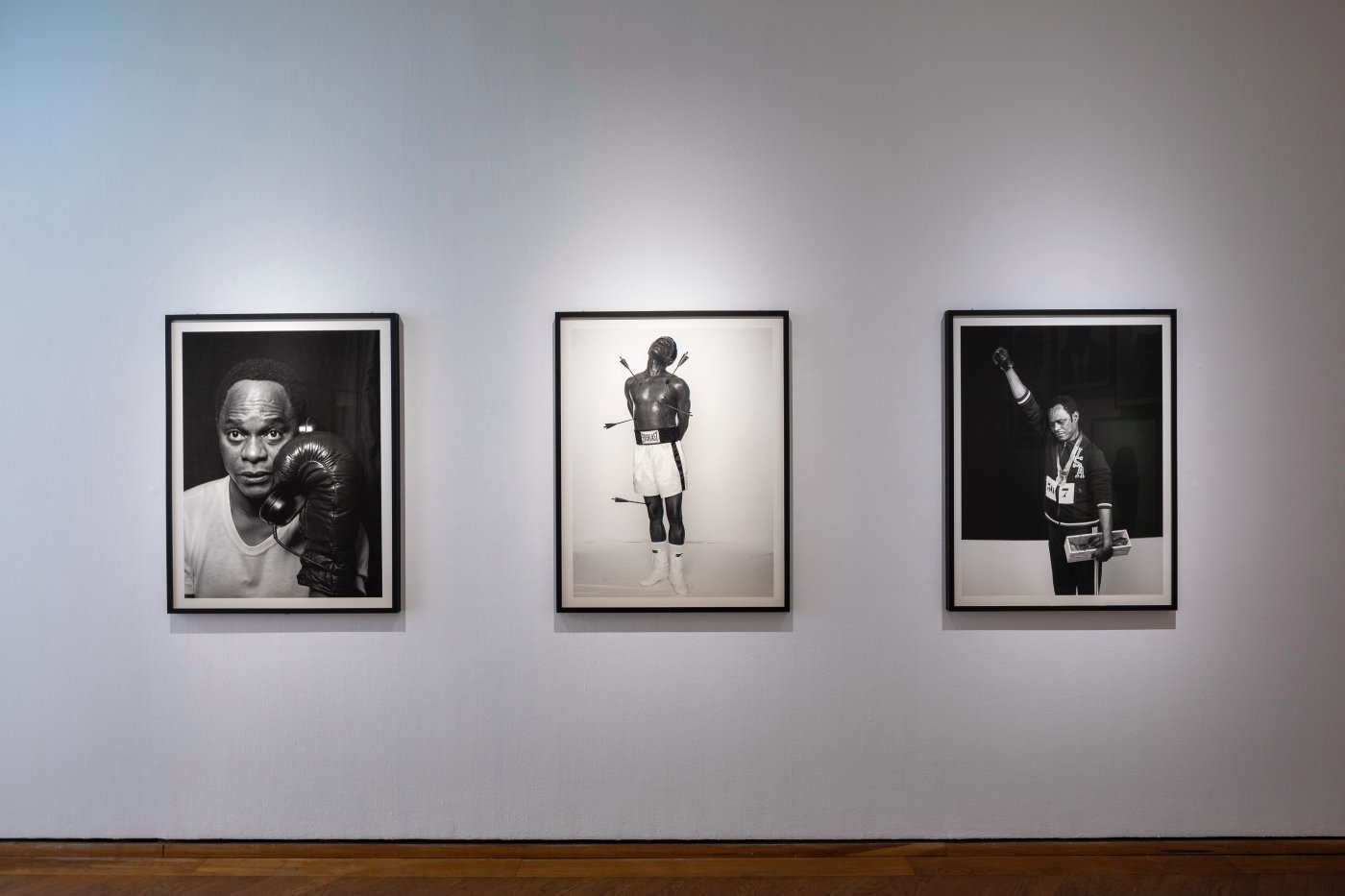 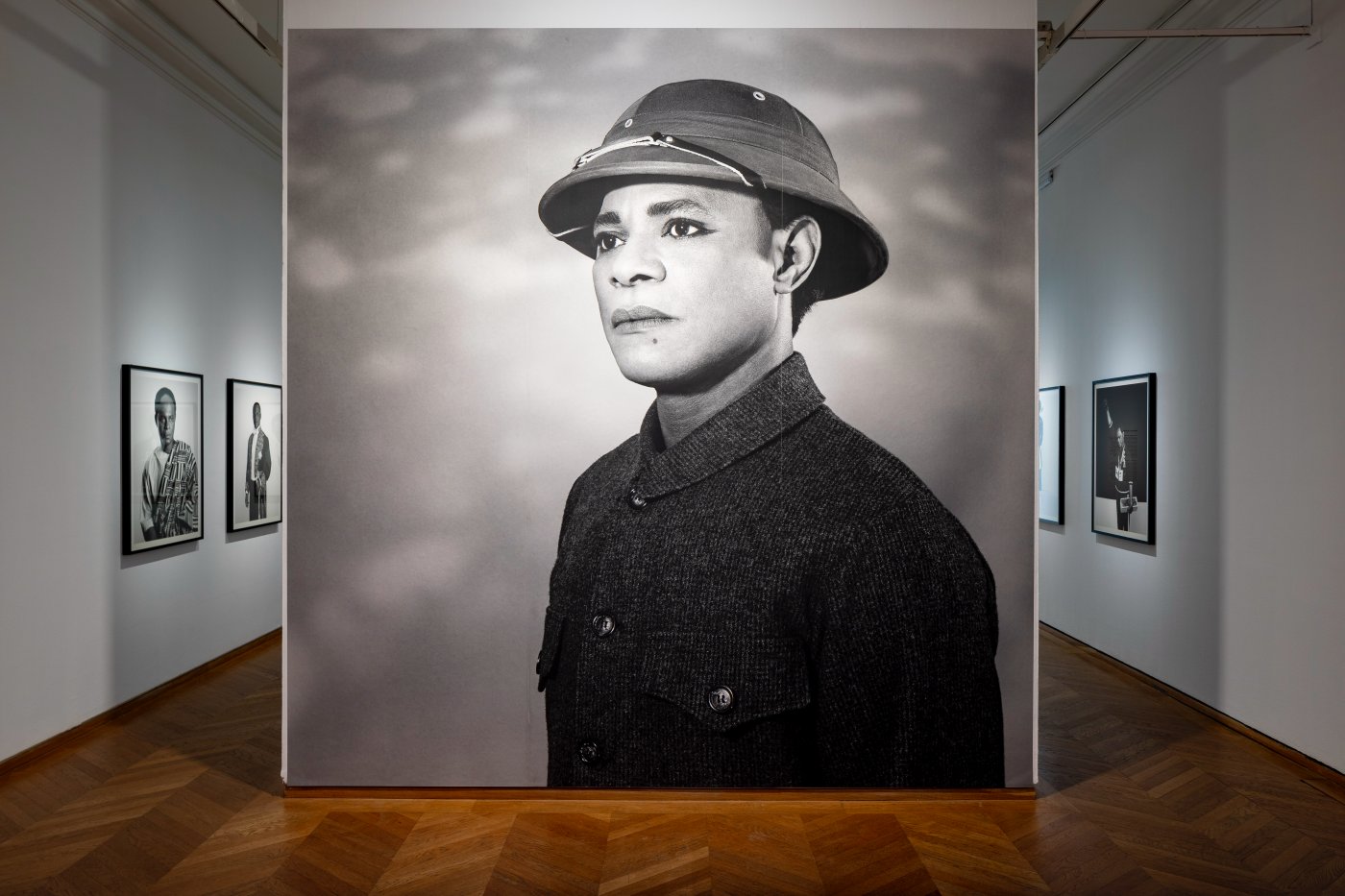 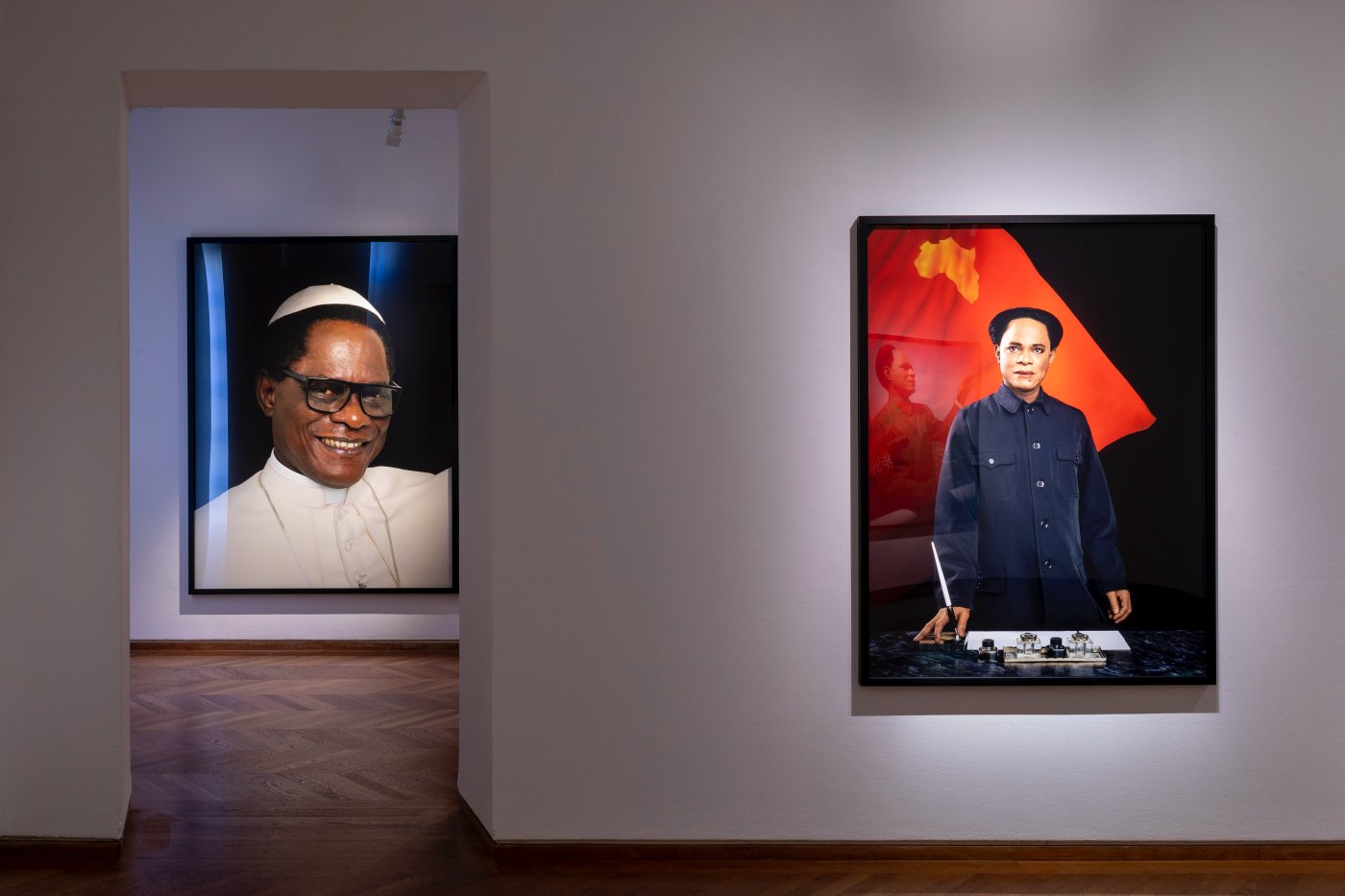 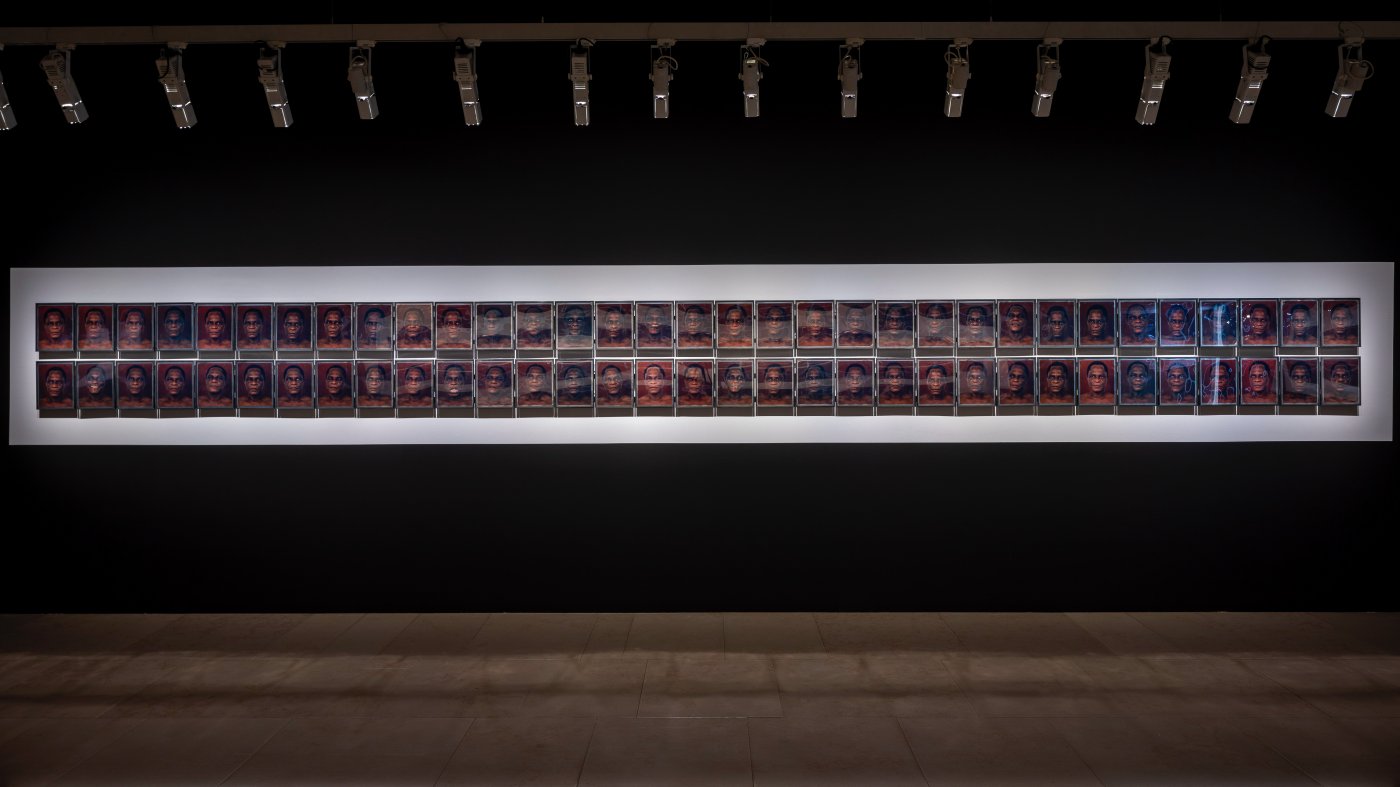 Samuel Fosso has become a leading figure on the contemporary art scene, and has frequently been invited to show his work internationally in such renowned institutions such as Tate Modern in London, the Fondation Louis Vuitton in Paris, and the Guggenheim Museum in New York. His work is also represented in prestigious international private and public collections.

But despite this widespread recognition, he has not recently been the subject of a major retrospective, and never in France. The exhibition Samuel Fosso will reveal for the first time the breadth and richness of his prolific body of work, which has been exploring the potential of the photographic medium for nearly fifty years, and which continues to offer a refreshing and extremely relevant vision of the world today.

“When I work, it’s always a performance that I choose to undertake. it’s not a subject or an object; it’s one more human being. I link my body to this figure, because I want to translate its history.”

A master of performance in front of the camera

Although Samuel Fosso is part of a long African tradition of studio photography, of which Malick Sidibé and Seydou Keïta are the most eminent practitioners, he has also made a major contribution to reinventing this photographic genre by turning the camera on himself and transforming his photo studio into a kind of playground – a space of absolute freedom, a place for infinite possibilities in the performance of identity. Going beyond the practice of classical self-portraiture, Samuel Fosso embodies multiple characters, as a film actor might, in order to call into question both codes of representation, and the basis upon which we make judgements consciously or otherwise. His unique body of work brings photography fully into the realm of performance art, positioning him alongside such major international artists as Cindy Sherman and Yasumasa Morimura.

Samuel Fosso utilizes the body, clothing, accessories and poses as essential tools for deconstructing representations of stereotypes, in particular those related to gender identity, race and social class, and for showing multiple individualities that bypass overly simplistic categorizations. His works also explore the symbolic power of images to create icons and collective myths. His photographs bear witness to this in his very first self-portraits, produced in the 1970s, and later with the iconic series “Tati” as well as various collaborations with the world of fashion, in particular with Vogue magazine.

A body of work reflecting a post-colonial world

Samuel Fosso’s work also has an undeniable and powerful political dimension. Reflecting a history marked by post-colonialism and globalisation, the series on display tell a story about relationships the African continent has maintained with the East and West since the mid-20th century – relationships of influence and domination, but also of interdependence and resistance.

In his series “African Spirits”, “Emperor of Africa”, “Black Pope” and “ALLONZENFANS” for example, Fosso makes reference to different geographical and cultural contexts, highlighting their limits and contradictions and reflecting the legacy of a long history of populations affected by notions of diaspora, cultural imperialism and neo-colonialism.

A body of work marked by a turbulent past

A photographer’s work is never disconnected from his personal life and in Fosso’s case his projects are extremely personal, even autobiographical, such as the series “Le rêve de mon grand-père” and “Mémoire d’un ami”. More generally, Samuel Fosso’s self-portraiture might also be related to the fact that there are no existing photos of him when he was very young; his parents did not document his childhood since he was born with a physical handicap; as a result, photographing himself became a way of asserting his existence.

Samuel Fosso’s work is also inseparable from the context in which he grew up, the context of post-independence in Central Africa and can be seen as a metaphor for the repeated exiles he would undergo throughout his life, in Cameroon, Nigeria, the Central African Republic and France. He was the only child in his family to survive the Biafran War in the late 1960s. In 2014, due to the civil war that was ravaging the country, he was forced to flee the Central African Republic. His house and studio were attacked by looters, and his archives burned. A few thousand negatives, however, were miraculously rescued and some of these images are presented for the first time, revealing the genesis of his photographic practice.

Samuel Fosso’s work can be described as an artistic work of resilience and resistance; this can also be seen in the recent series entitled “SIXSIXSIX”, a monumental installation of 666 large-format Polaroids that is both a political and philosophical statement. The series paints a picture of a complex understanding of humanity, in both the best and the worst senses of the term, and whose condition is one of acceptance of both joy and suffering.

The first galleries are dedicated to works produced between 1970 and 1990, central to his career, spanning the period from the artist’s first attempts at photography to his exhibition at the Rencontres de Bamako festival in 1994. Commissioned works made by Fosso when he was a teenager, recently discovered and restored, are shown here for the first time. This section also includes his first self-portraits, mostly in black and white, inspired by the style of young African-Americans discovered in pop-culture magazines, or of the musician Prince Nico Mbarga, extremely popular in West Africa.

The origins of an international career

The MEP is also pleased to present a series that has never before been shown, produced in 1999 in collaboration with the French edition of Vogue magazine. For the Fall/Winter issue, Samuel Fosso staged a series of self-portraits in his Bangui studio wearing outfits he selected, dressed as a hip-hop fan, a businessman or a “dandy”. The ten resulting images reflect the major themes running through the artist’s work: positioning the studio as a theatrical space, playing on the codes of the fashion world, representing gender and social archetypes.

Following these early works, the exhibition goes on to present his iconic “Tati” series, produced in 1994. On the occasion of the fiftieth anniversary of the famous French department store, alongside 49 other photographers- including William Klein, Dominique Issermann, Sarah Moon, Malick Sidibé and Seydoux Keita – Samuel Fosso produced a dozen works that were shown in the store in the Barbès district of northern Paris. Supported for the first time by a production team (makeup artists, costume designers, lighting assistants…), he created a new series of self-portraits inspired by Western archetypes: “La femme américaine libérée”, “Le Golfeur” and “The Rocker”.

The exhibition continues with the series “Mémoire d’un ami” (2000), whose seriousness contrasts with the joyful exuberance of “Tati”, in which Samuel Fosso re-enacts a moving personal story, the murder in 1997 of Tala, his friend and neighbour, by armed police in Bangui, while Samuel Fosso hid from danger in his home. In this series, he imagines Tala’s last night. Images act here as a catharsis after the trauma, paying tribute to lives that have been lost and manifesting crimes that have been silenced.

The last gallery on the first floor presents “Le rêve de mon grand-père”, another highly personal series. In these images, Samuel Fosso revisits an important figure from his childhood, that of his grandfather, a village chief and native doctor. Born with a malformation in his hands, modern medicine having failed to help him, Samuel Fosso’s mother brought him to his grandfather’s house for treatment; his grandfather found a way to heal him. Samuel Fosso reconnects with this moment in his history through a series that re-stages the rituals he witnessed at the time.

Reinterpreting icons from the twentieth century

The third floor opens with “African Spirits” (2008), an iconic series in which Fosso re-stages iconic portraits of leading Black figures. The artist appears as Martin Luther King, Malcolm X, Angela Davis, Patrice Lumumba and Muhammed Ali. Using himself as performer, Fosso embodies historical figures important to him, exploring the question of identity, which he sets out to deconstruct. He says, “For me, photography is a way of escaping from myself to connect to others”.

With the following series, “Emperor of Africa”, the black-and-white of “African Spirits” gives way to colour that evokes 1950s postcards. Samuel Fosso embodies Mao Zedong, recreating his official iconography in his poses and with the background landscape. This unique vision of the Chinese leader could be seen as a subtle criticism of the power China exercises over the African continent, through its policy of developing its natural resources.

In the series “Black Pope”, presented in an adjacent gallery, Samuel Fosso targets religious institutions in the guise of a black pope. The theatrical pose of this figure, who wears either a mitre headdress or skullcap, and makes the traditional gesture of blessing, calls into question the pomp and circumstance used to uphold faith, as well as the visibility of black people at the very top of the Catholic Church. In these staged scenes, Fosso also evokes Maurizio Cattelan’s La Nona ora.

The final gallery is devoted to more than 160 works from the series “SIXSIXSIX” (2015-2016), in which Samuel Fosso makes an almost obsessive study of his different emotional states. Drawn from an ensemble of 666 large- format Polaroid self-portraits, in these works the artist mimics a wide spectrum of emotions ranging from deep distress to profound joy. Fosso shares here an intimate and powerful moment with the viewer, who is unused to seeing the artist exposed, without any kind of disguise.

Born in Kumba, Cameroon, in 1962 and raised in Nigeria, Samuel Fosso fled the Biafran War as a young boy, and in 1972 was taken in by an uncle in Bangui in the Central African Republic. He learned about photography thanks to a neighbour, who trained him and helped him set up his own photo studio at the age of 13.

In addition to his commercial work (passport photos, celebrations, weddings), he began making self-portraits at the age of 15. Inspired by the pop-culture magazines he managed to find in Bangui, he photographed himself in outfits that he had custom-made by local tailors.

After being discovered by French photographer Bernard Descamps, Samuel Fosso exhibited his self-portraits for the first time in 1994 at the Rencontres Africaines de la Photographie (African Photography Encounters) festival in Bamako, where his work met with great success.

In 1997, he was invited to exhibit in France thanks to a commission to create new work for the fiftieth anniversary of Tati, the French department-store chain, alongside such photographers as William Klein, Dominique Issermann and Sarah Moon.

He was awarded the Afrique en Création prize in 1995, and in 2001 was the recipient of the Prince Claus Award. His self-portraits can be found in the collections of international museums such as Tate in London, and the Centre Georges Pompidou and the musée du quai Branly – Jacques Chirac in Paris. In 2017, a solo exhibition of his work was held at the National Portrait Gallery in London.

In 2020, the monograph Autoportrait, the first comprehensive survey of Samuel Fosso’s work, was published by Steidl, with an interview between the artist and the late Okwui Enwezor, the influential art critic and curator.