The function of color is essentially linked to light. Light is necessarily the foundation of the world on the material, absolute level. It is, precisely, the sign and symbol of another infinity.
—Simon Hantaï

Gagosian presents an exhibition of eighteen paintings by Simon Hantaï (1922–2008). Les blancs de la couleur, la couleur du blanc, curated by Anne Baldassari, is Gagosian’s second solo exhibition of Hantaï’s work since the gallery announced its representation of the artist’s estate in 2019, and occurs in the centenary year of his birth. Many of the works in the exhibition, which occupies both floors of the gallery at 980 Madison Avenue, have not been previously exhibited. 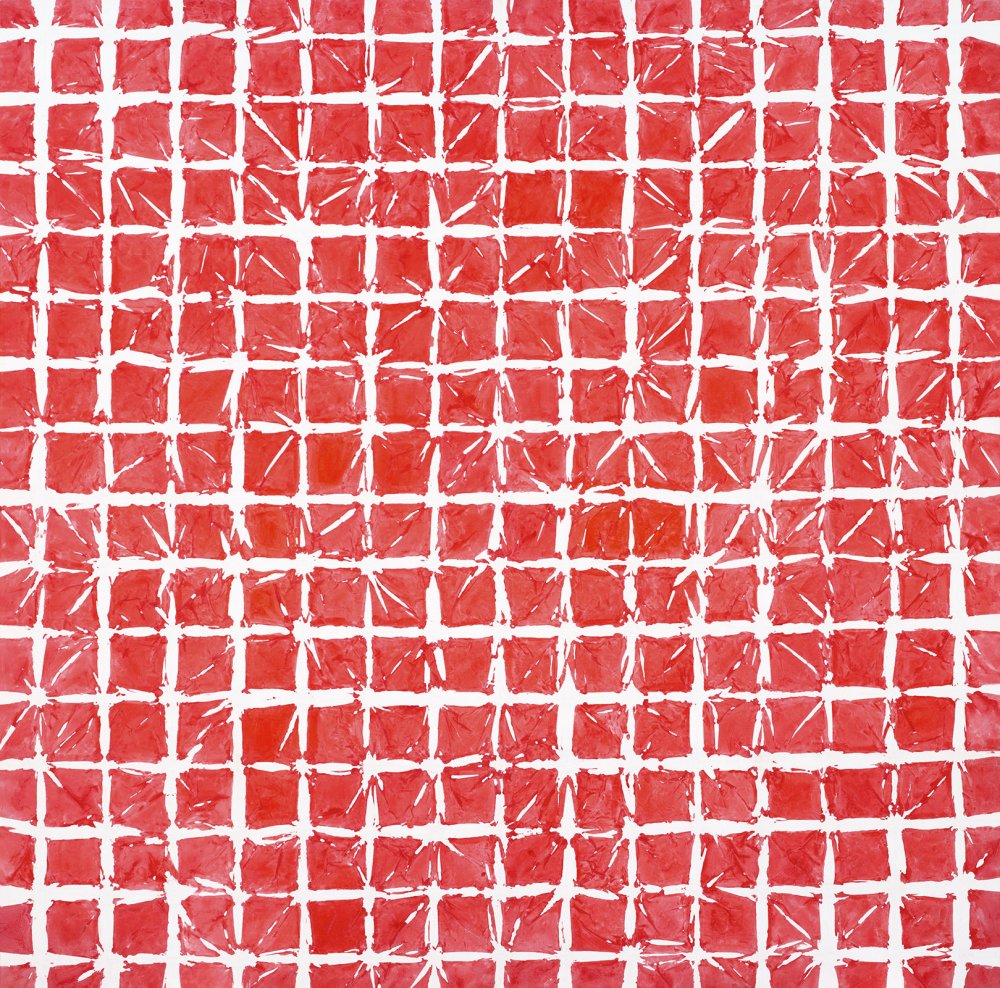 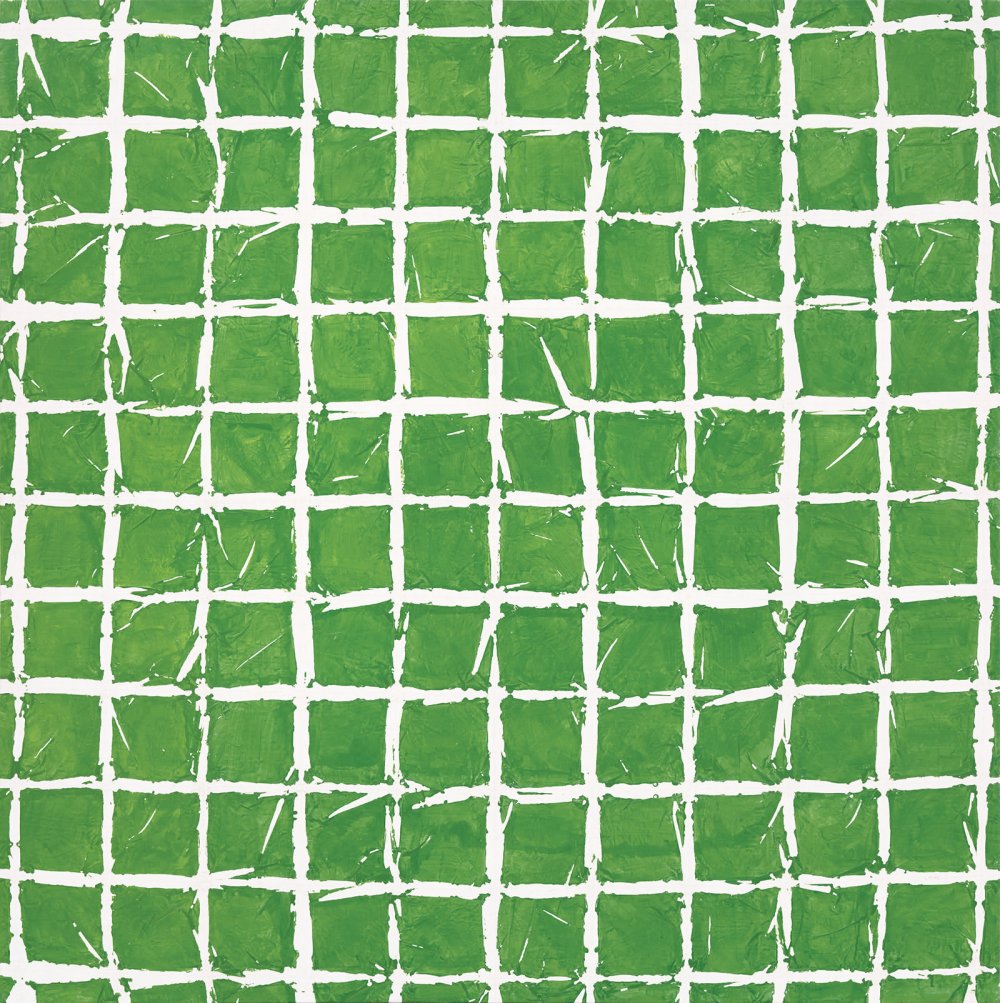 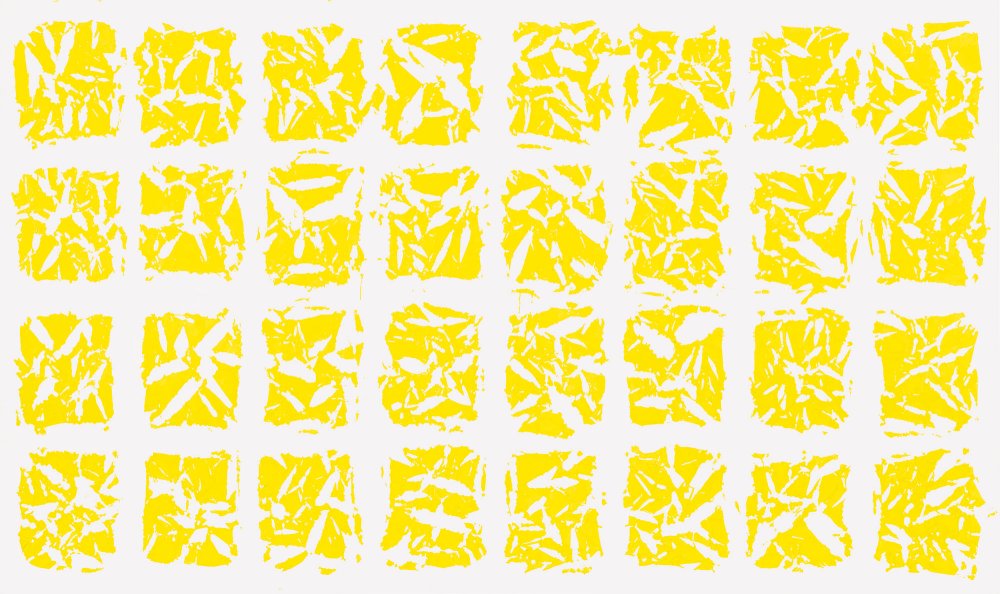 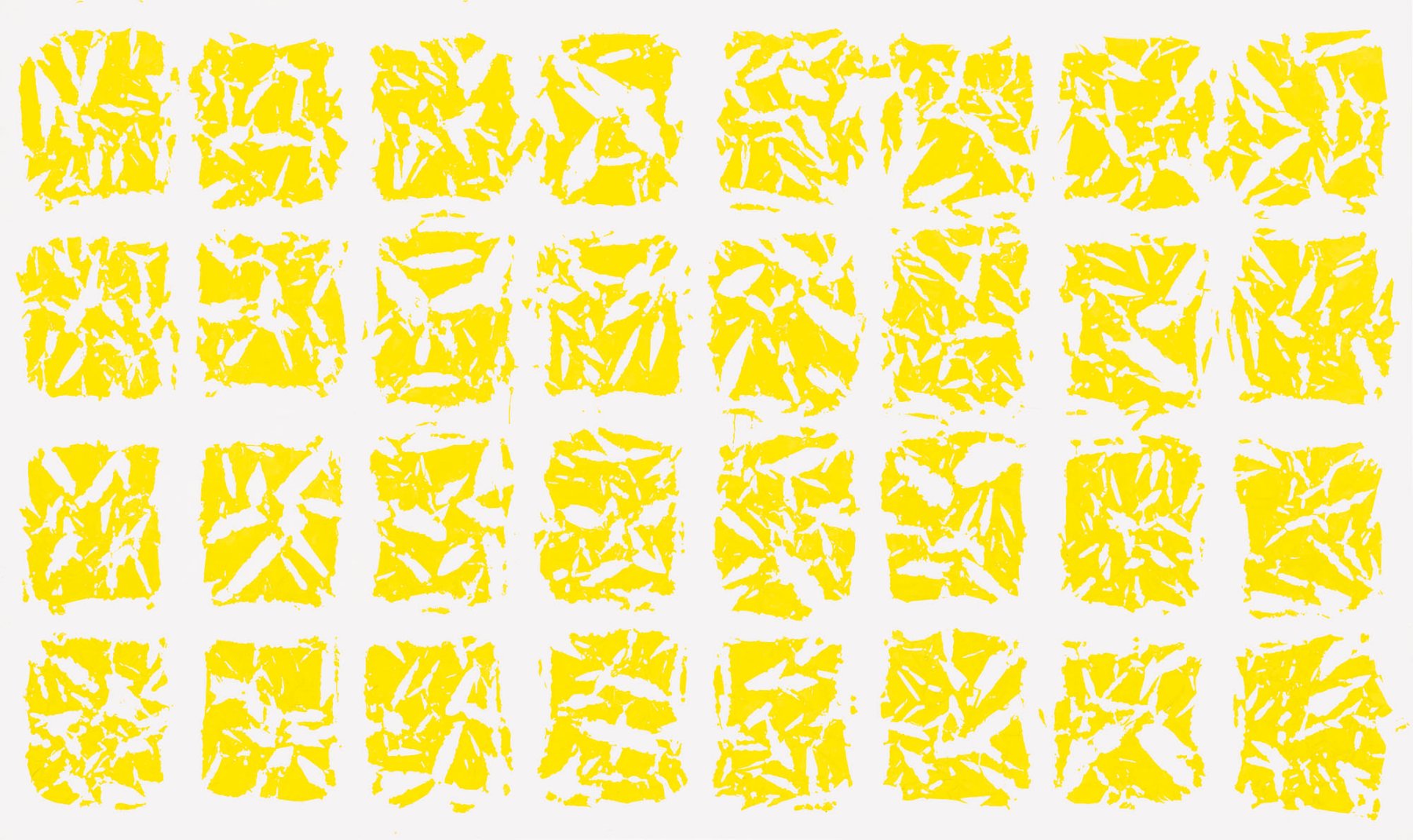 Les blancs de la couleur, la couleur du blanc—the title alludes to Hantaï’s use of white in several series of works—features paintings made using the artist’s pliage (folding) technique, in which a canvas is crumpled and knotted, painted over, and then spread out to reveal a pattern of alternations between pigment and ground. In contrast to LES NOIRS DU BLANC, LES BLANCS DU NOIR, also curated by Baldassari, an exhibition of black-and-white paintings and prints dating from 1951 to 1997 that was presented at Gagosian Le Bourget in 2019–20, the current selection focuses on work distinguished by color combinations of primary and secondary colors, including blue and orange, yellow and purple, and red and green. These powerful hues had a unique significance for Hantaï, representing a link to the clothing worn by his mother on feast days—a foundational image from childhood—and reflecting his study of Paul Cezanne, Henri Matisse, and Goethe’s Theory of Colors (1810).

Hantaï began making pliage paintings in 1960, conceiving of the process as a synthesis of Surrealist automatism and the allover gestures of Abstract Expressionism. The technique dominated his output from this point on, and Les blancs de la couleur, la couleur du blanc features examples from several series executed according to its strictures. The series Études (1968–71) and Blancs (1973–74) illustrate Hantaï’s efforts to expand the white of the canvas with the addition of abstract figures generated by the folding process. The Tabulas series (1972–76 and 1980–82) also features such designs but regulates them through the systematicity of the works’ allover folding and monochrome coloration. Thus the loose grids of the Tabulas present sets of variations that embody the conjunction of intentional and incidental mark making. For Hantaï, pliage acts and thinks painting.

Born in Bia, Hungary, Hantaï moved to Paris in 1948 and joined André Breton’s circle of Surrealists, then broke with the group in 1955 after a transformative encounter with the work of Jackson Pollock. He gained increasing recognition over the next two decades and was invited to represent France at the 1982 Biennale di Venezia. Months later, however, he withdrew from the public eye, declining to exhibit any new work until 1998. Following this extended isolation, he began altering a set of pliage paintings that he had shown in 1981 at CAPC musée d’art contemporain de Bordeaux, photographing them at an angle and producing black-and-white silkscreen prints from the distorted images. Hantaï continued to work largely in isolation until his death in 2008.

Les blancs de la couleur, la couleur du blanc is accompanied by a multipart publication housed in a box, comprising a booklet featuring an essay and chronology by Anne Baldassari, individual cards devoted to each artwork, and a folded poster. Hantaï will also be the subject of an essay by Baldassari in the Spring 2022 issue of Gagosian Quarterly. A retrospective of Hantaï’s work is currently being organized for Fondation Louis Vuitton, Paris.