“For more than 25 years the New York based monthly magazine Art Forum has been the bible of the art world in America and Europe but strangely it has recently become the inspiration for one of the odder success stories in contemporary art. Five years ago the young British painter Simon Linke started making oil paintings that were exact replicas of the advertisement pages in Art Forum they were an immediate success Linke was taken on by a top London gallery and his paintings began to take their place on the walls of collectors on both sides of the Atlantic since then his work has been nothing if not consistent the size has varied but the subject matter hasn’t.”
– Tracy MacLoed, speaking on TV in 1990, in her introduction to Matthew Collings interviewing Simon Linke. The Late Show, BBC 2. (Transcribed from You Tube).

Darren Flook presents Simon Linke’s first solo show in London for ten years and 35 years since he first showed his now famous paintings of Art Forum magazine adverts in New York and London. The two exhibitions by the young Linke (he was 28) at Lisson Gallery, London and Tony Shafrazi, New York in 1987 came with a catalogue essay by Jeffery Deitch and would launch Linke internationally as a conceptual painter and forerunner of a generation of younger British artists called the YBAs. The exhibition at Darren Flook brings together work from 1985 and works from 2021 – all of the same subject – adverts in Artforum. 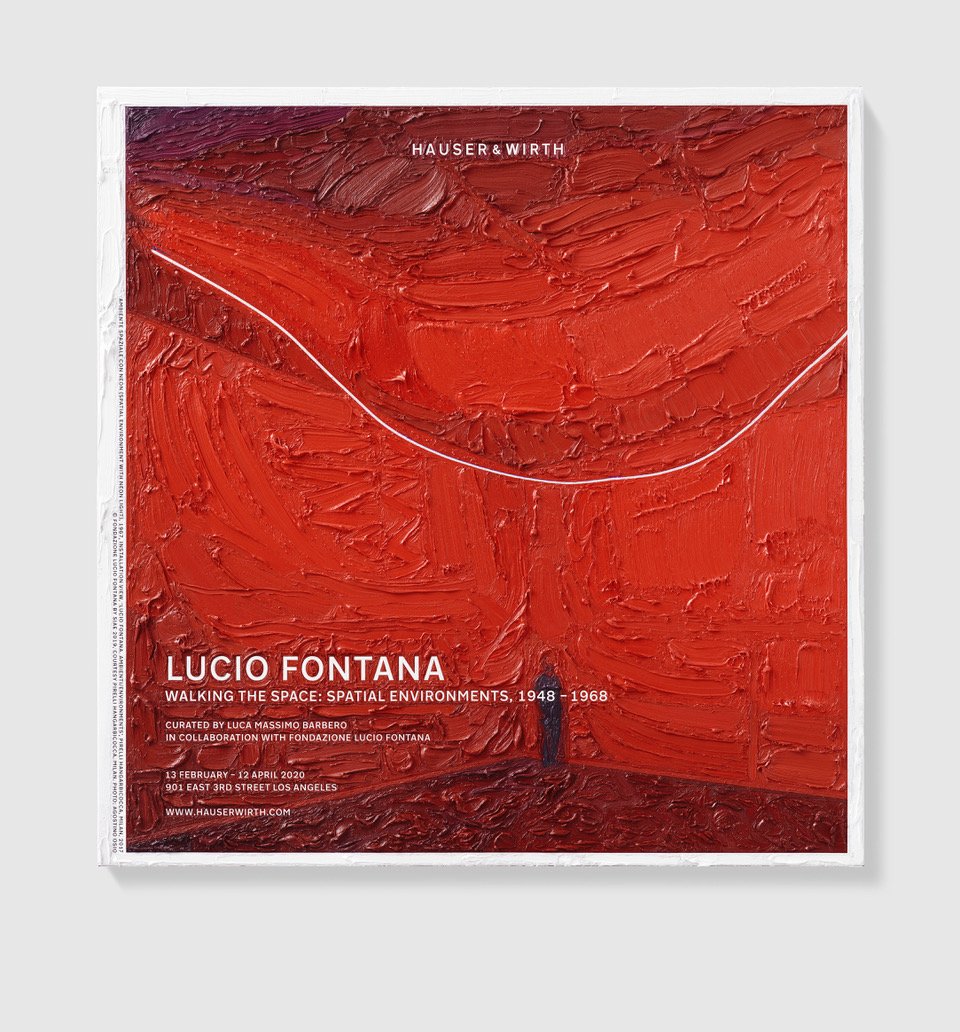 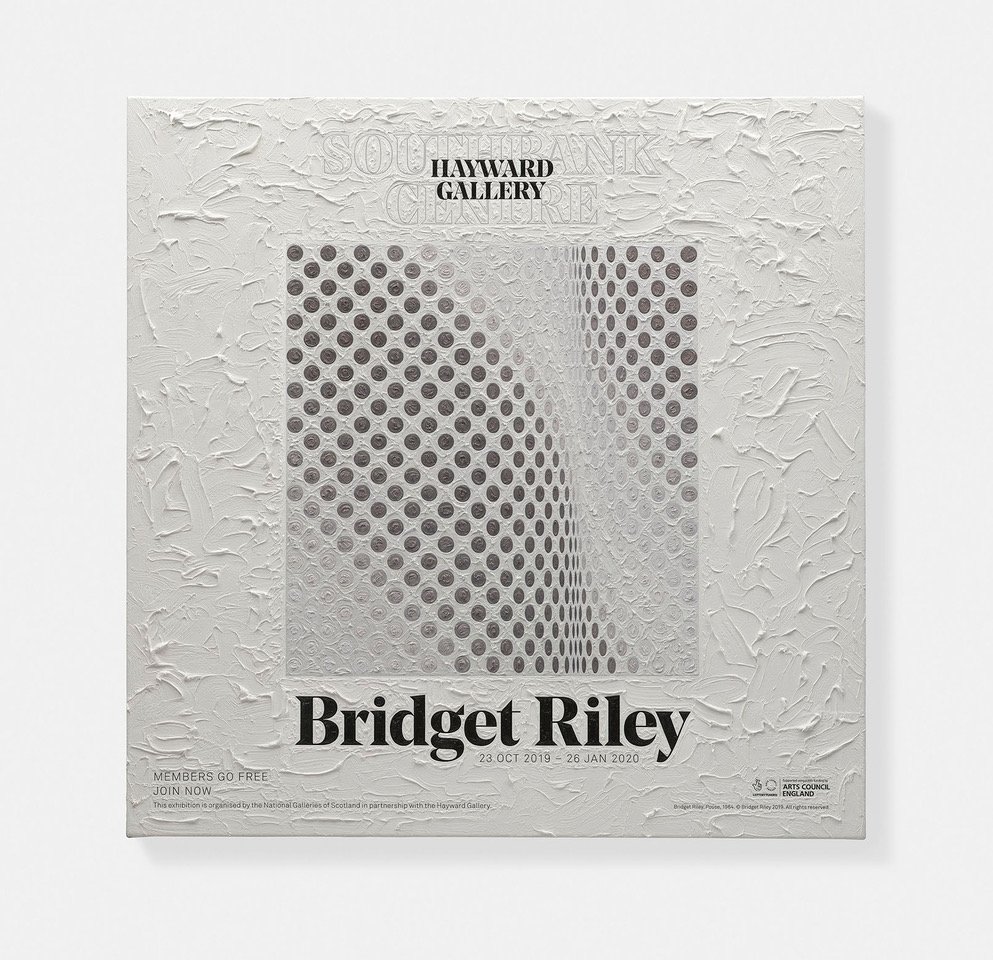 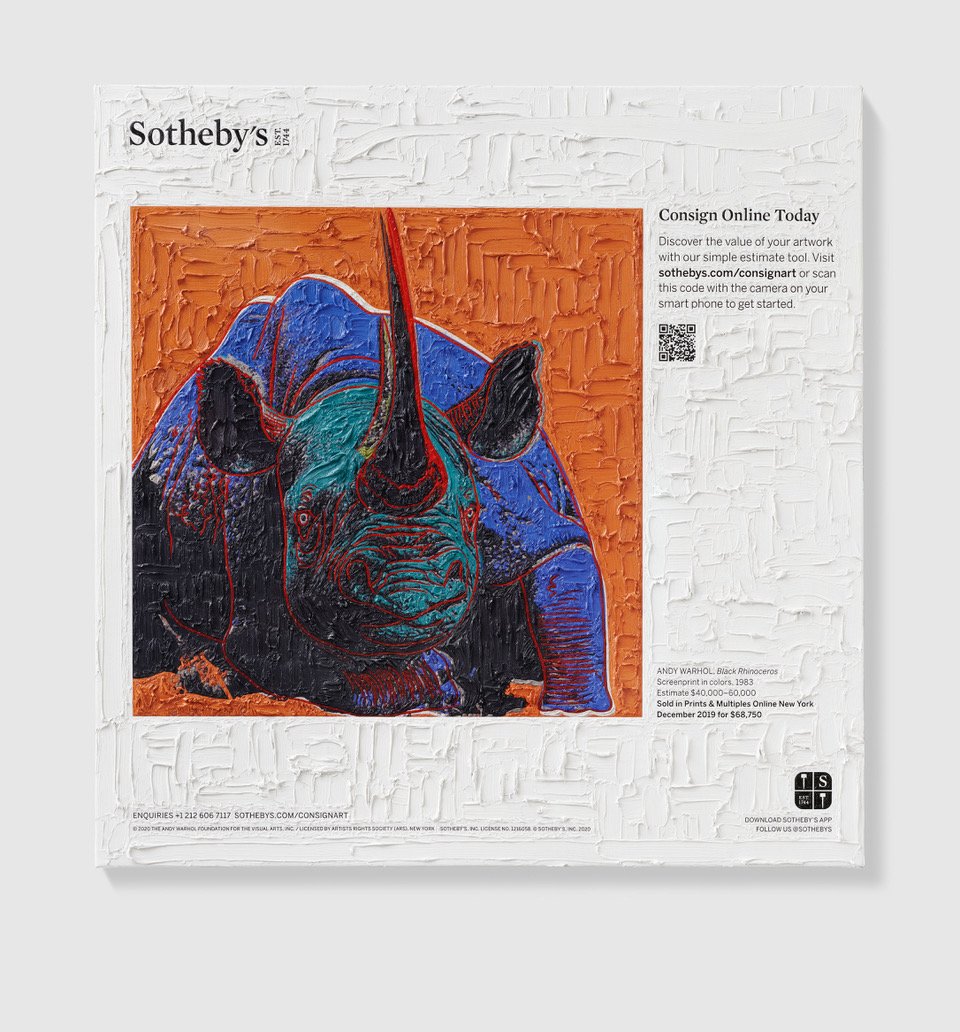 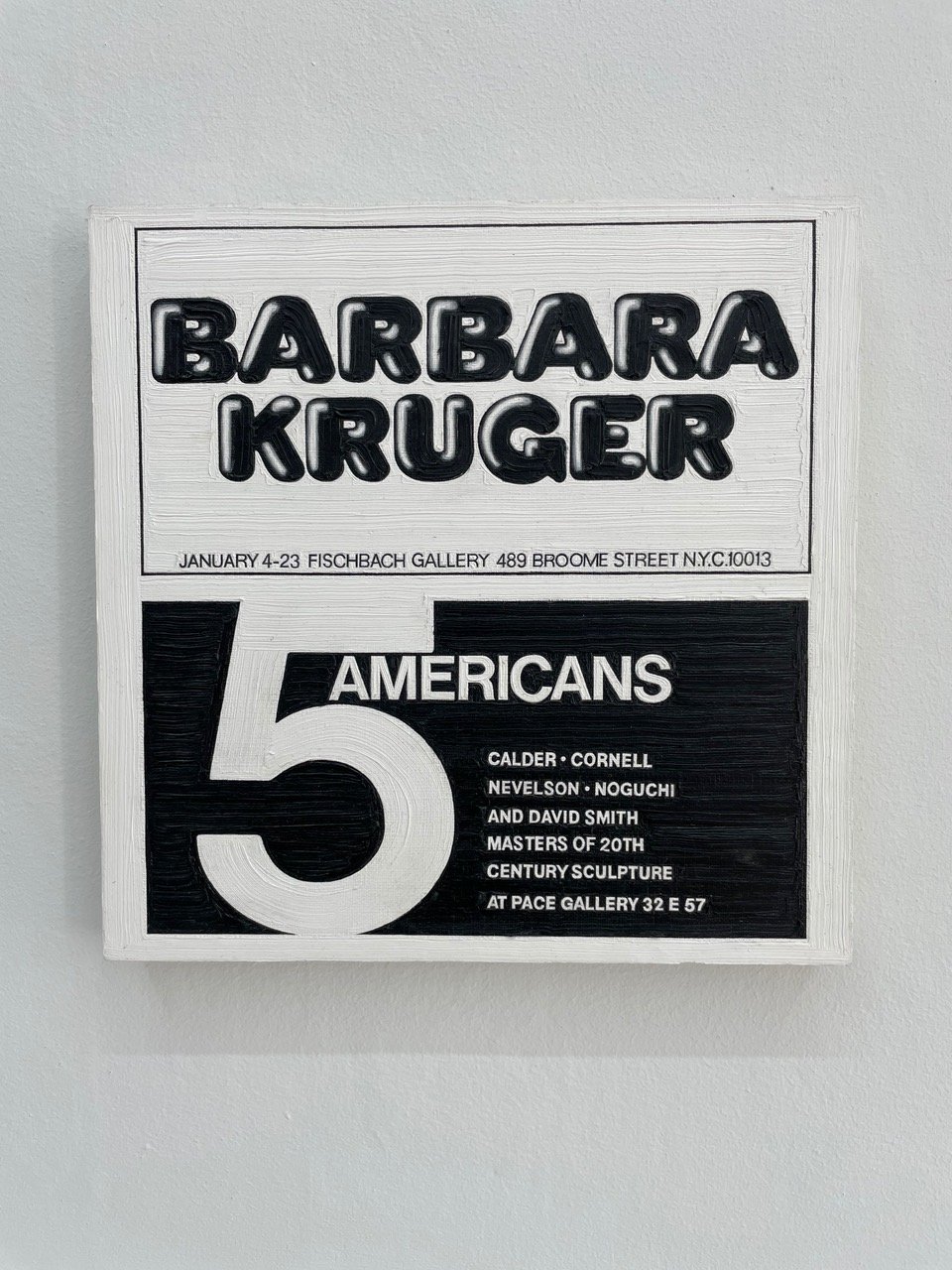 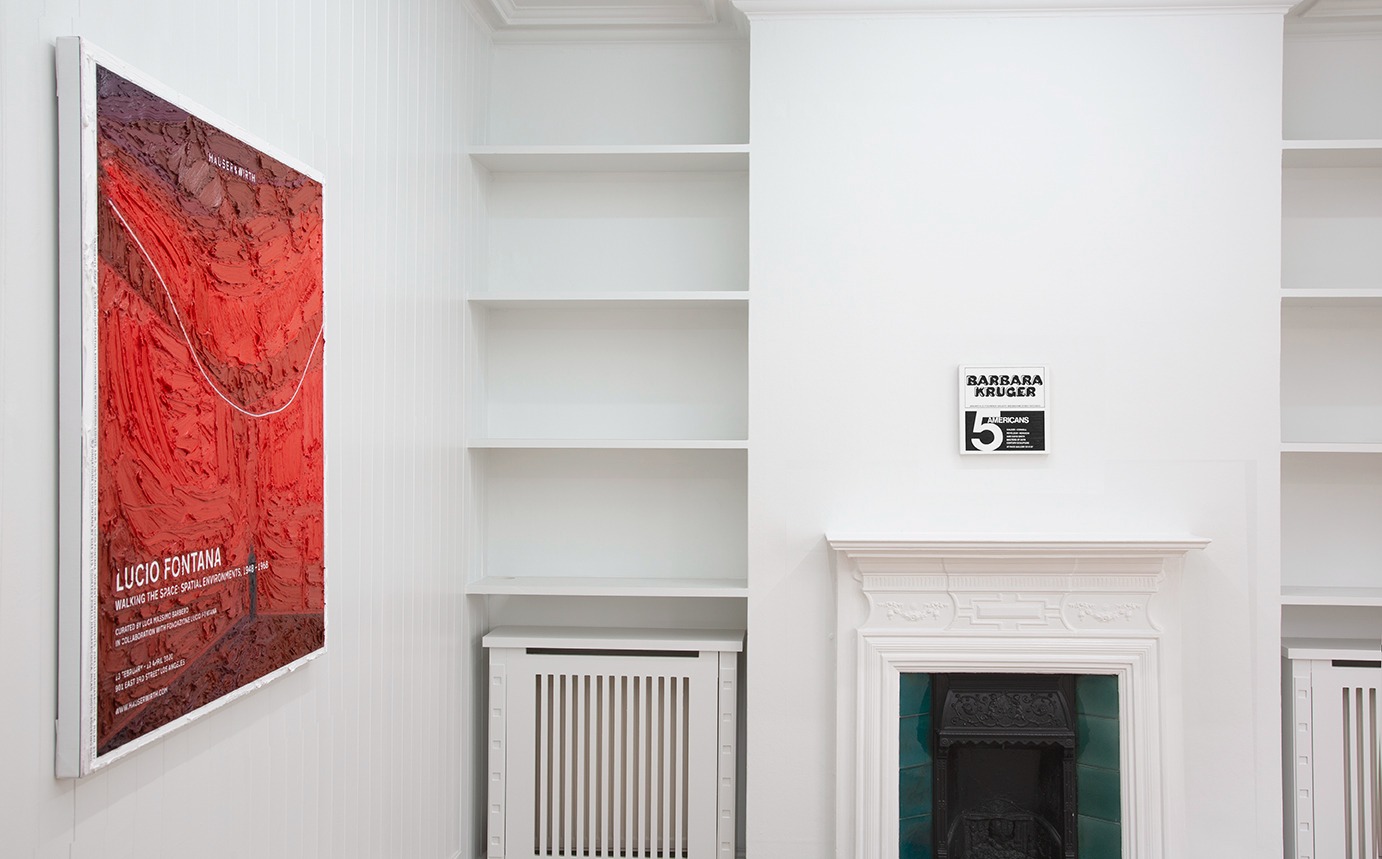 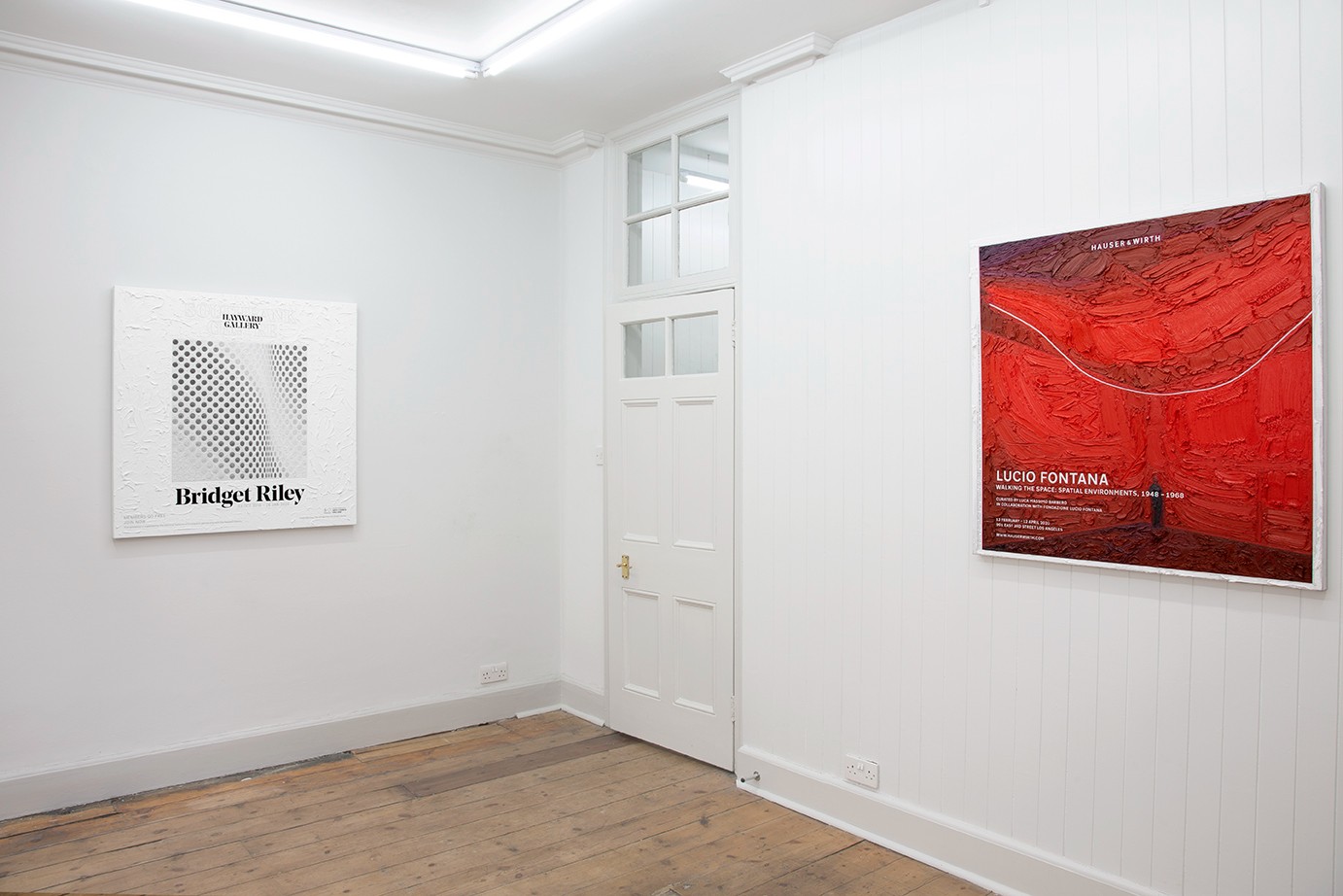 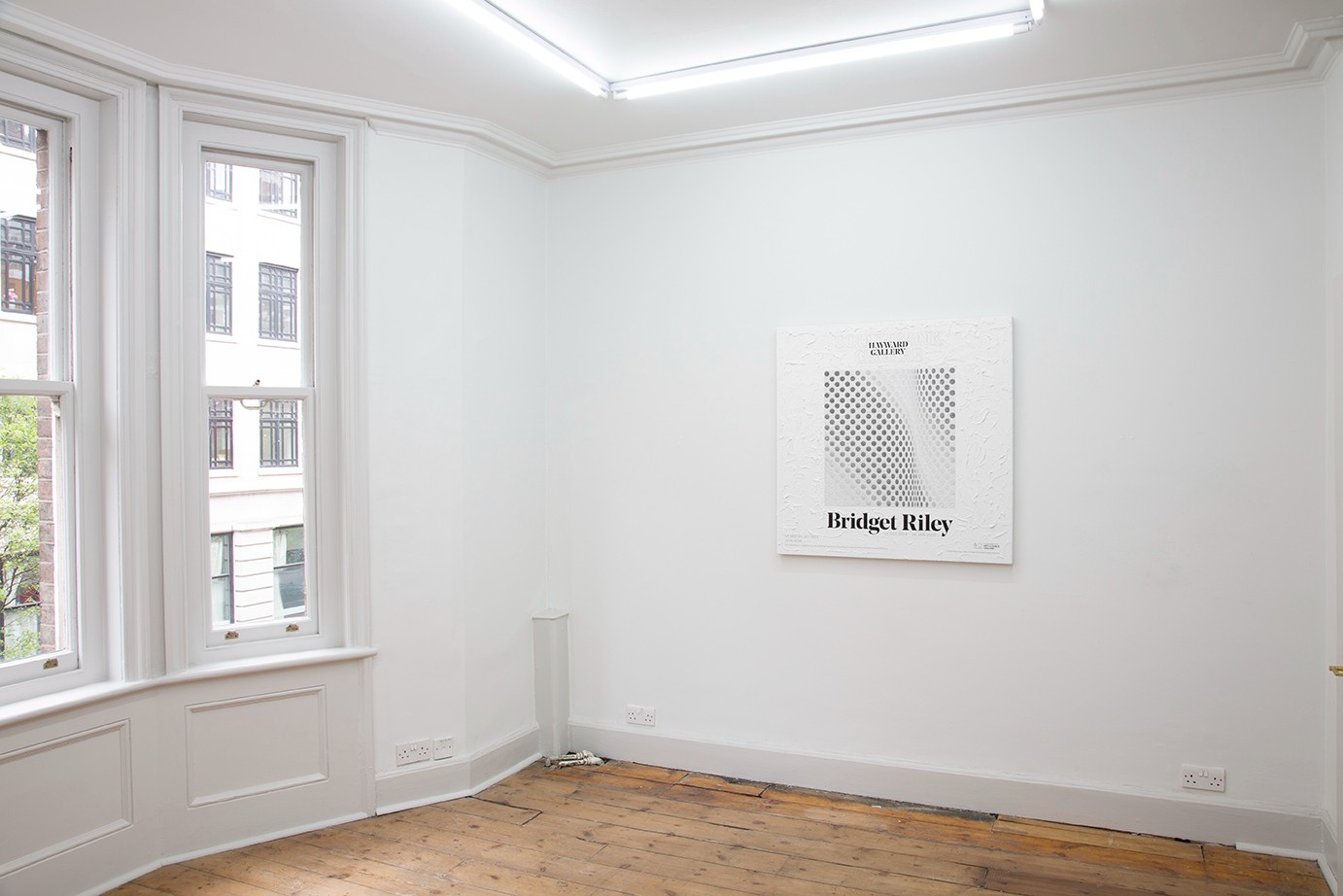 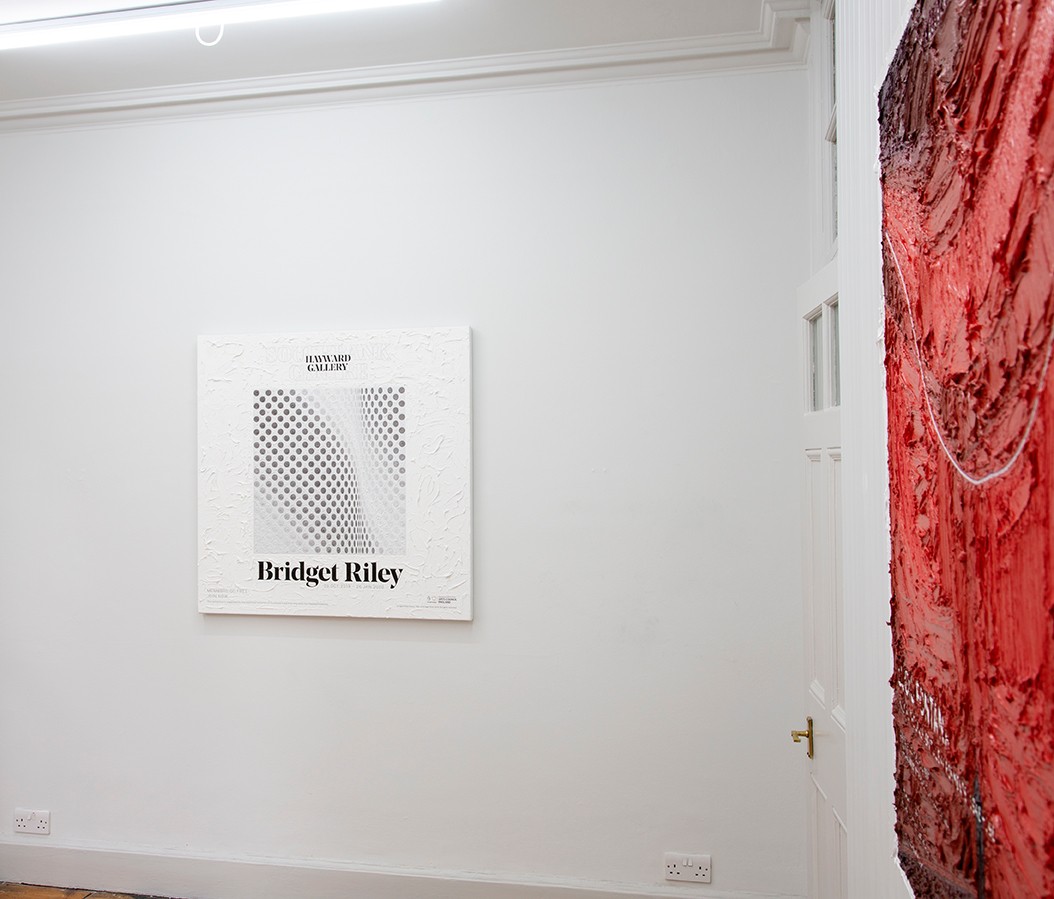 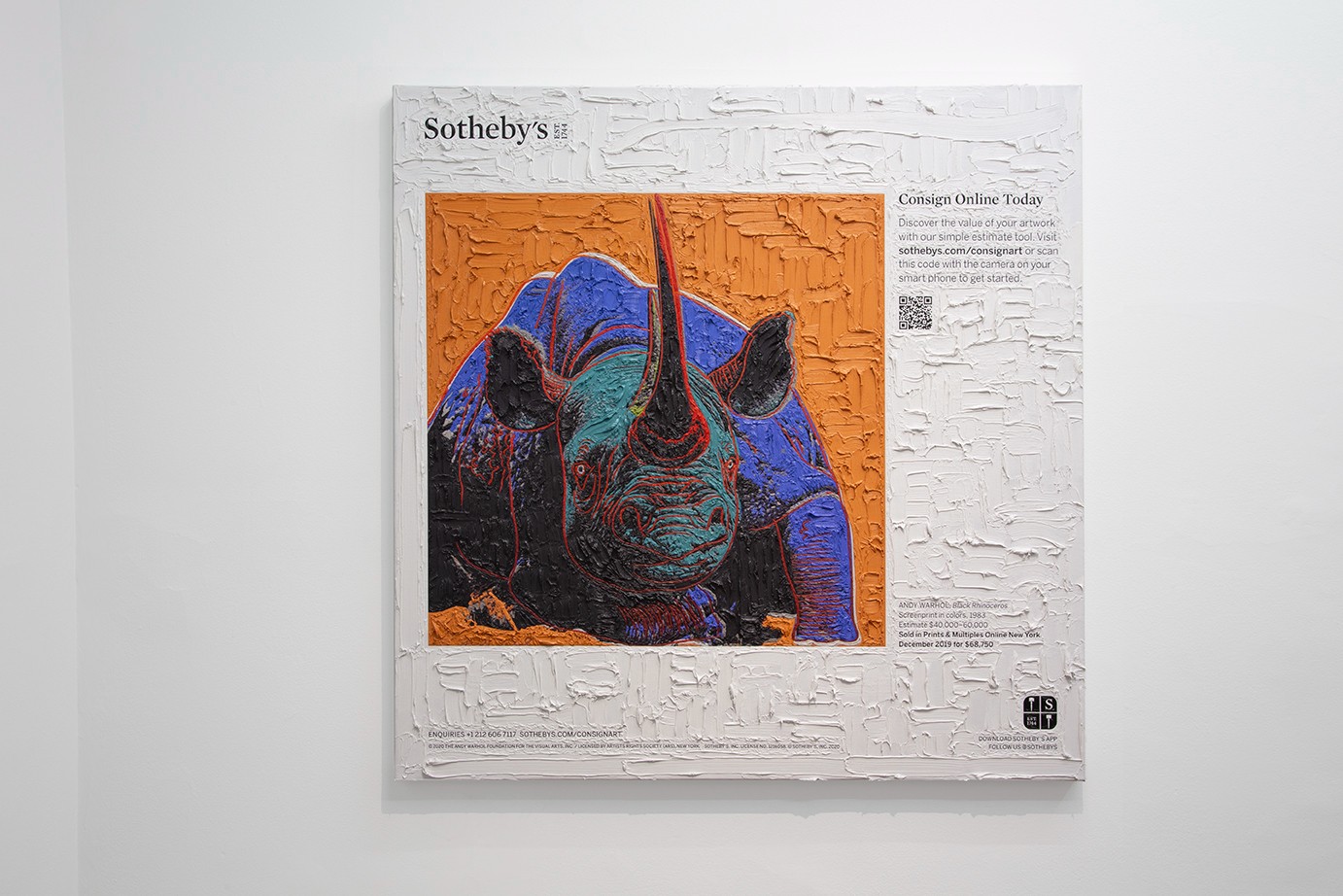 Simon Linke (born 1958 Australia, lives and works in London) has been meticulously painting the same subject for over 35 years and the exhibition at Darren Flook’s gallery in Fitrovia, London provokes the viewer to ask “why?’

What is it about the advertisements in an American art magazine which are taken out by commercial galleries to advertise their exhibitions that has continuously fascinated the London based Linke?

The exhibition also asks the viewer to question what has changed in the last 35 years.

The paintings, although of the same subject, and in the same format (square, like the magazine itself), are very different. The paintings from the 1980s are almost clinical in their exactitude of appropriation, whilst the current paintings drip and explode with texture whilst remaining faithful to their source material, a technical balancing act that can take months to complete. The other aspect that has changed is the magazine and with it the advertising, galleries and the power structures of the art world that the original paintings highlighted.

In 1987, print advertising was how information was distributed and how money, and with it an idea of power, was displayed.

Today Artforum is one of many art magazines and print is only one of many possible formats and much like oil painting itself, it’s only one option, but it’s Linke’s exclusion of all but the print adverts from one magazine that highlights the changes and focuses our attention. Simon Linke’s dedication and constancy has elevated the paintings to an iconic status removed from the original context of both the magazine, the galleries that paid for the adverts and the artists names listed. After 35 years of appropriation from a single source Linke’s paintings now stand apart from their initial inspiration.

Through repetition, over such a long period of time, the image of the advertisement as information has been transformed into a vehicle of expressive content whose meaning remains ambiguous, suspended as it is between the certitude of facts and the mysteries of painting.

For a younger generation, Linke’s paintings are to art’s relationship to power, what Richard Prince’s cowboys are to an age group who never saw a tobacco billboard. Art has both frozen the original and moved beyond it.