For her first solo presentation in the UK, internationally acclaimed artist Simone Fattal (b. 1942, Syria) leads visitors on a journey of transformation in a major new sculptural commission. Imagining the large, brick-lined Gallery 2 space to be a giant kiln, Fattal fills the room with five ceramic figures who embark on a spiritual and physical metamorphosis. 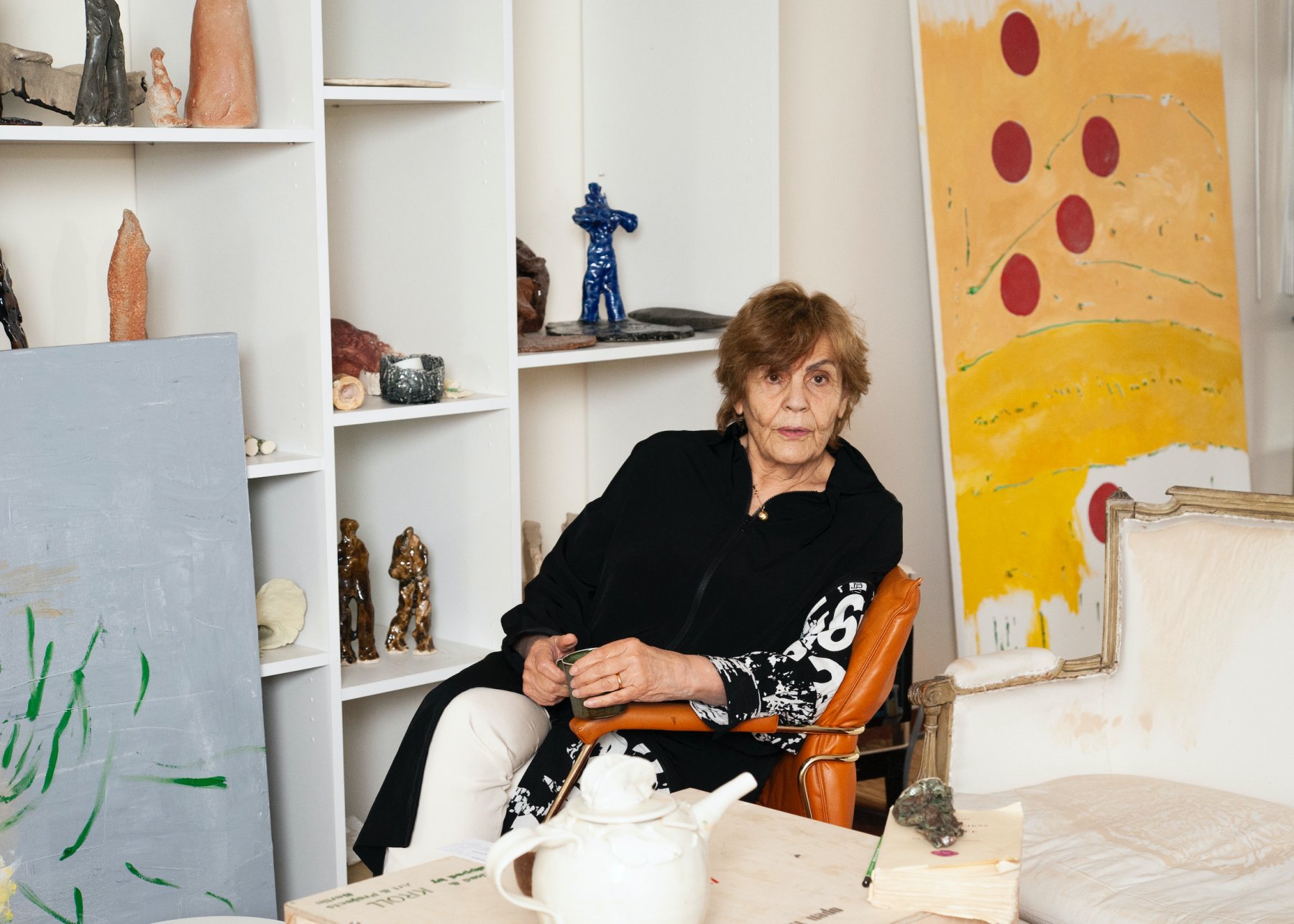 Elements of an ancient landscape appear throughout the exhibition; a delicate ceramic ladder, a series of carved architectural stele and a Mesopotamian ziggurat temple – connecting earth to heaven – inspire ideas around ascension and emancipation. A series of six black and white etchings, drawn from Fattal’s childhood memories of Damascus, appear as abstracted maps or oases of rich vegetation.

Much of Fattal’s work exists between figuration and abstraction; modest clay figures are rendered with just enough detail to be discernible as individuals, revealing her preoccupation with the fragility of the human form. In Finding a Way the artist draws on sources ranging from war and conflict, to landscape painting, ancient religions and mythologies, Sufi poetry and migration, whilst exploring the the politics of archaeology and excavation. Using frequently recurring motifs and forms, her works construct worlds that feel as though they have emerged – temporarily – from history and memory.

The works included in Finding a Way visibly exhibit the traces of their own making, spontaneously shaped between two hands on a working table. At first glance the objects are reminiscent of ancient artefacts, souvenirs or idiosyncratic collectibles often found in domestic environments, in which very different objects come together to form a personal story. While often modest in size, other works shift the potential of ceramics into large objects on a bodily scale.

Finding a Way coincides with Whitechapel Gallery’s wider exhibitions programme dedicated to clay. In the neighbouring gallery space, artist Theaster Gates (b. 1973, USA) presents a 20-year survey of his clay-based works in Theaster Gates: A Clay Sermon. Upstairs Yoko Ono (b. 1933, Japan) prompts visitors to ‘mend the world’ by reconstructing fragmented pieces of ceramic in her participatory installation, MEND PIECE for London. The exhibitions are thematically linked to Season Two of the Gallery’s Ways of Knowing events programme, this autumn inviting artists, filmmakers and academics to reflect upon earth and matter as subjects.