October Gallery presents a solo exhibition of new works by Sokari Douglas Camp CBE that explore the masquerade of ‘Jonkonnu’ both within its Caribbean context and that of the broader African diaspora. 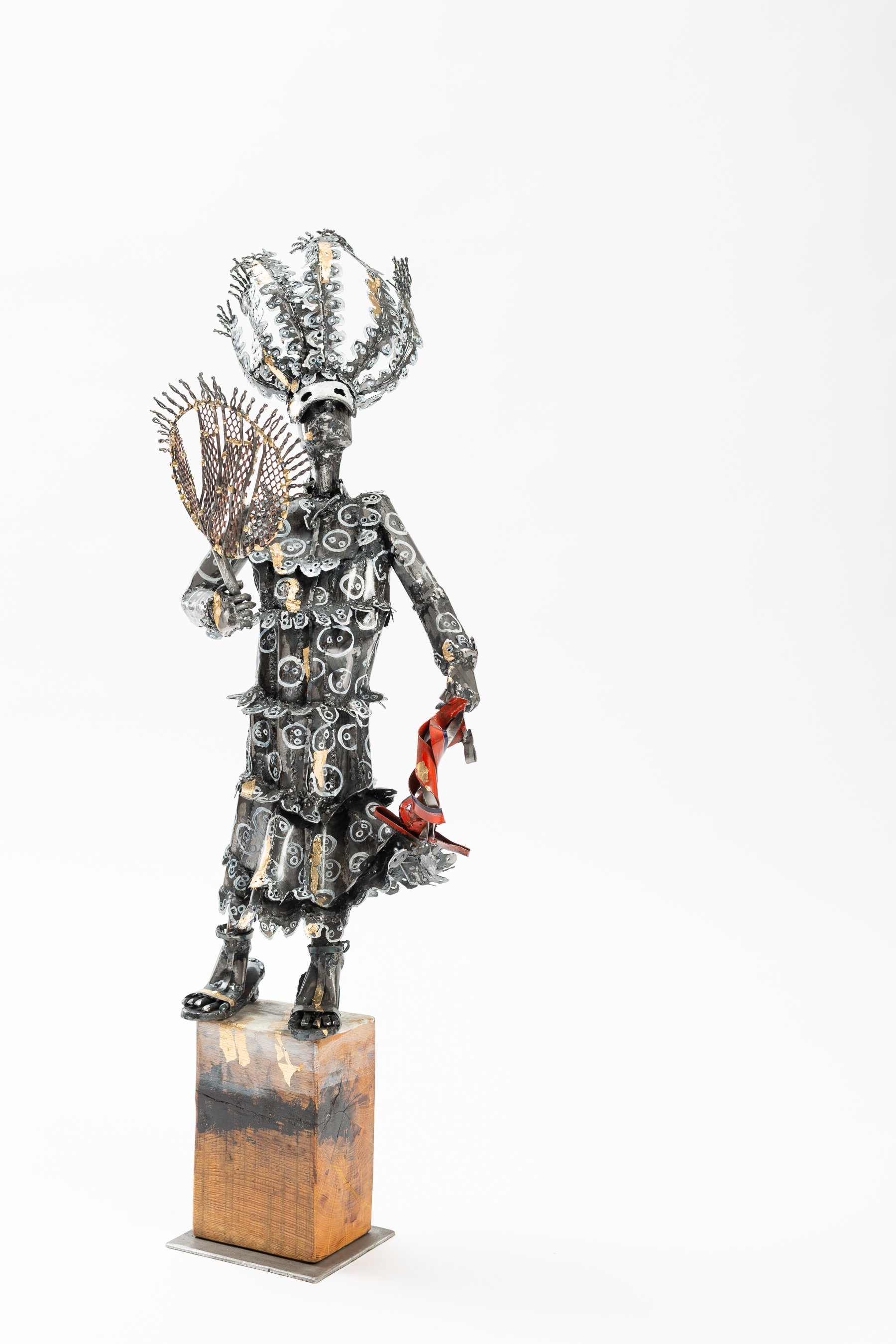 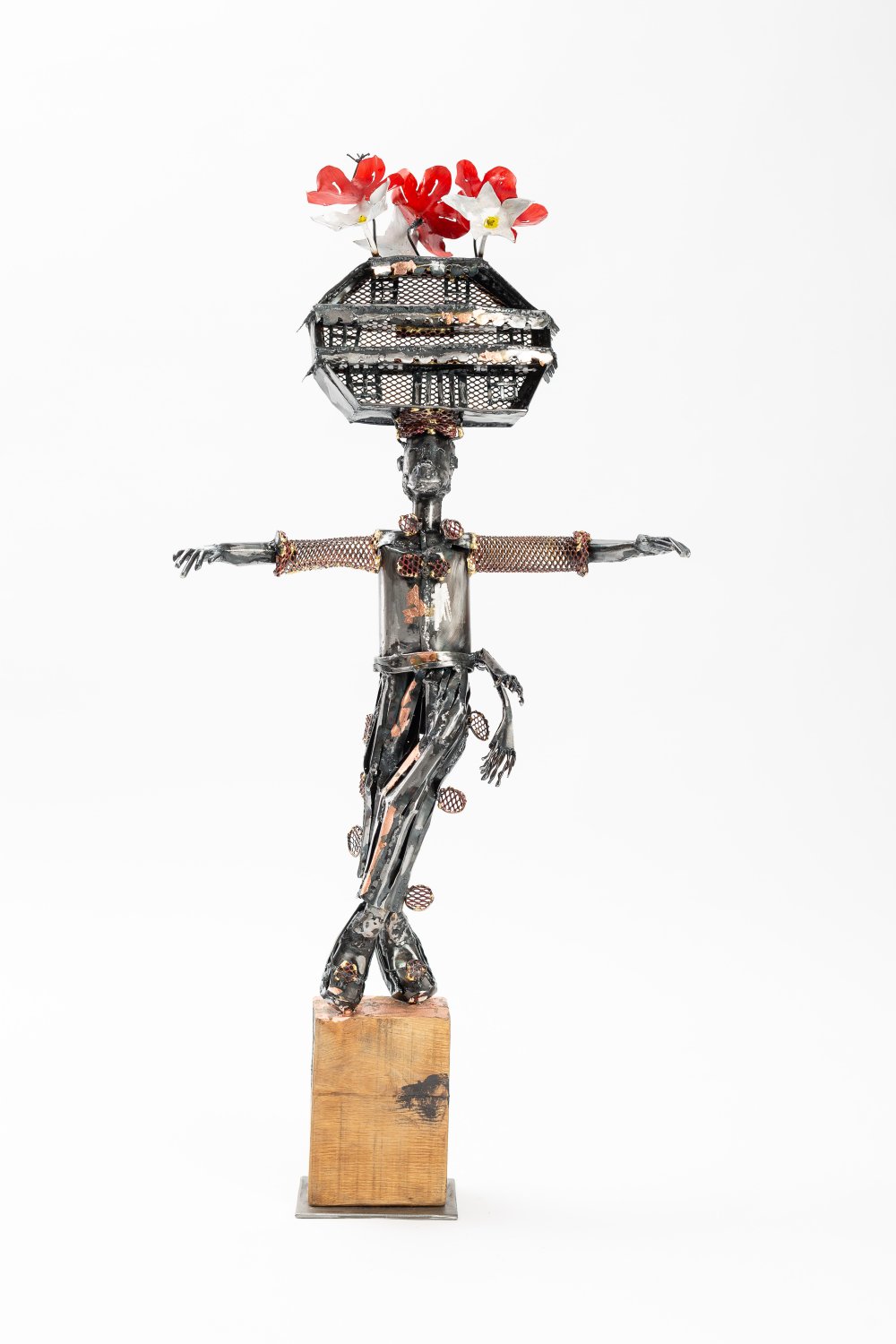 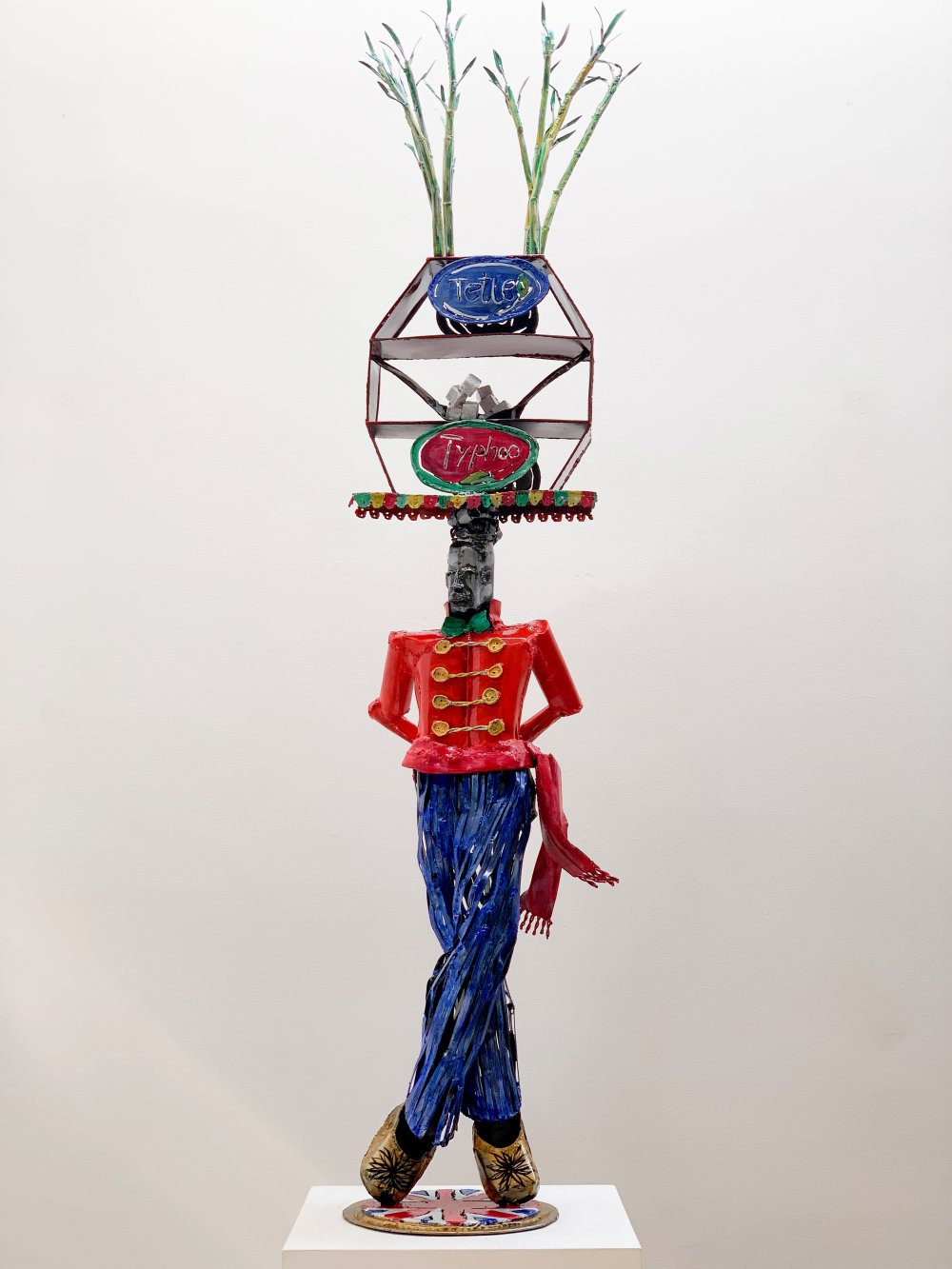 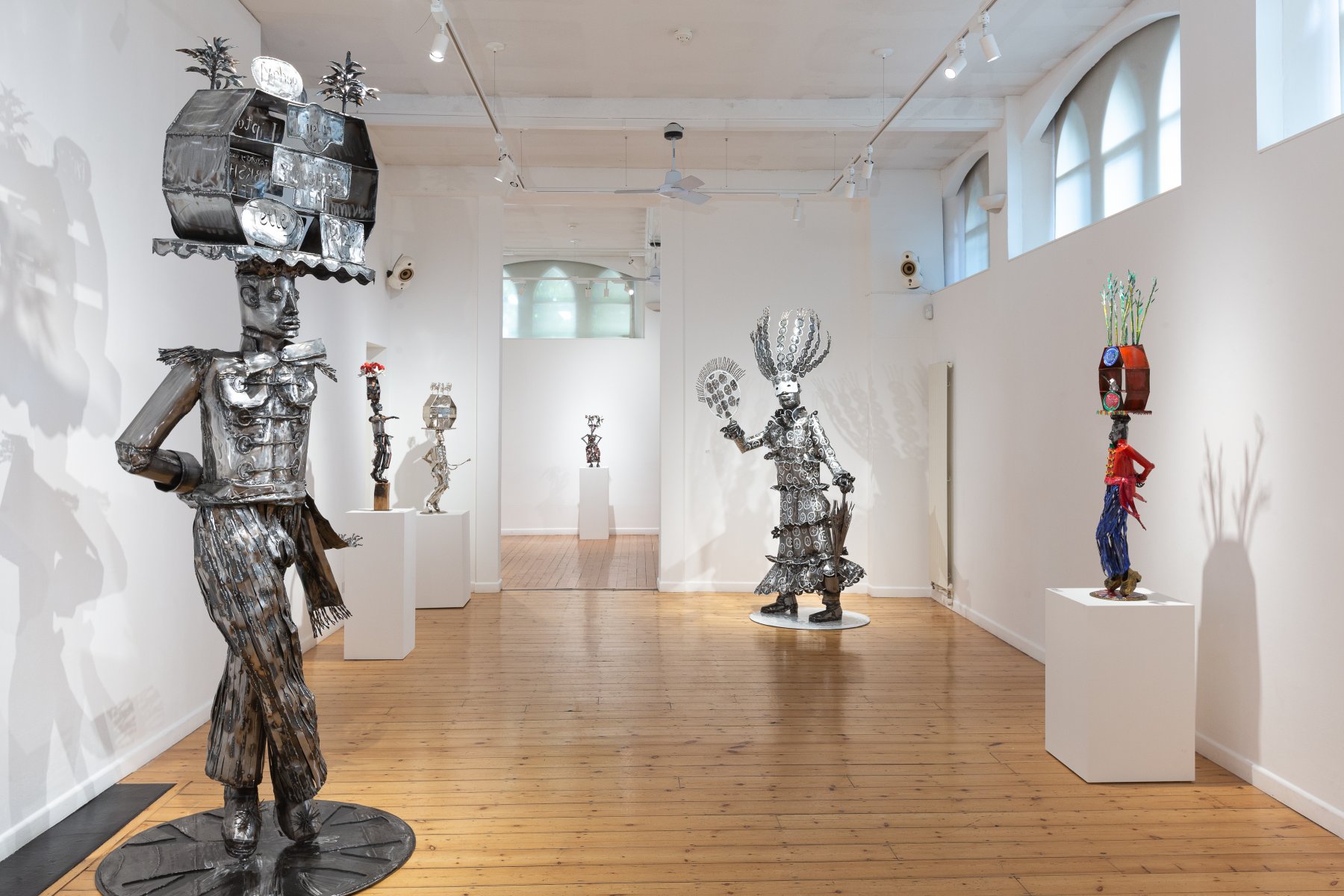 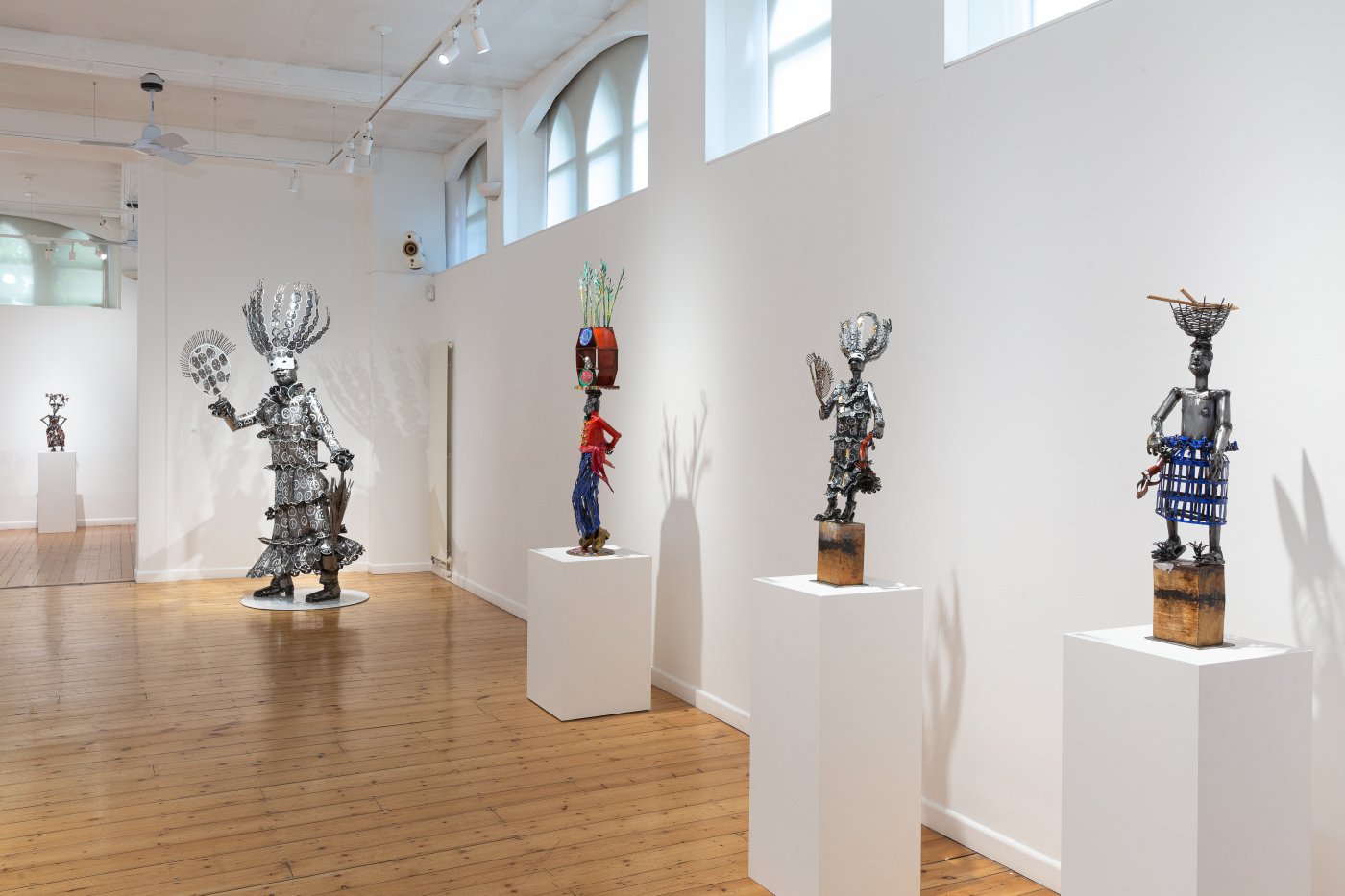 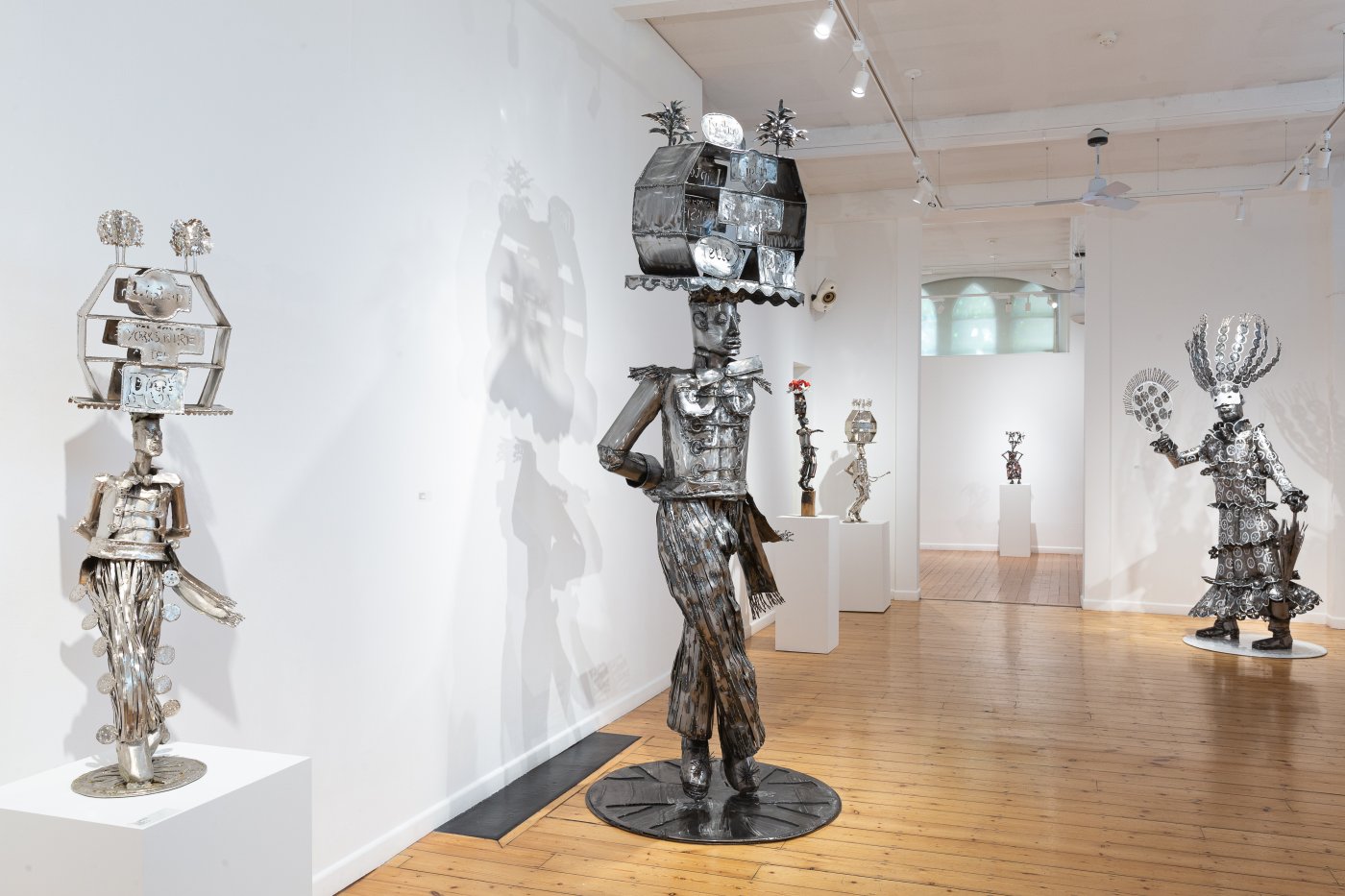 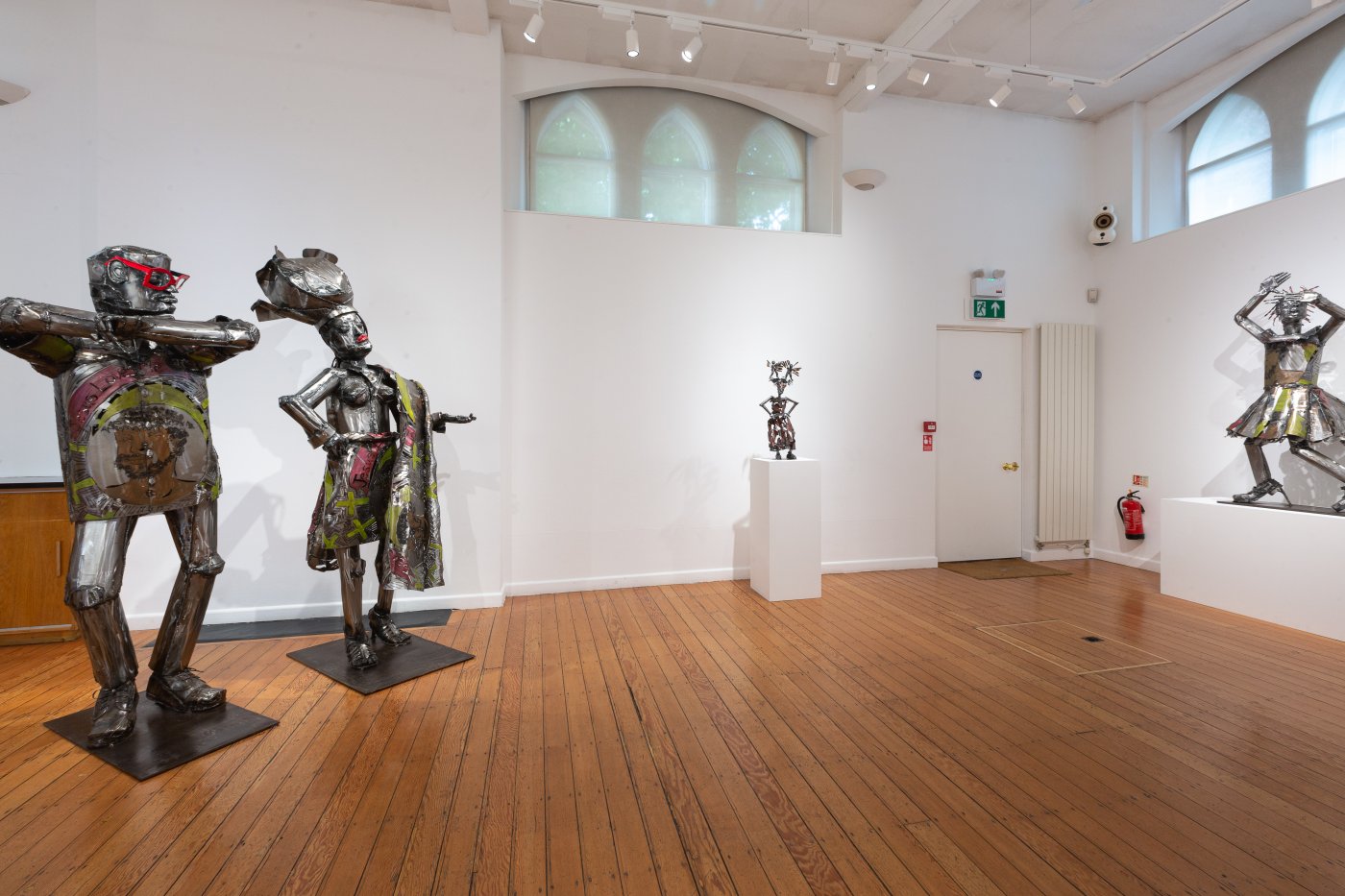 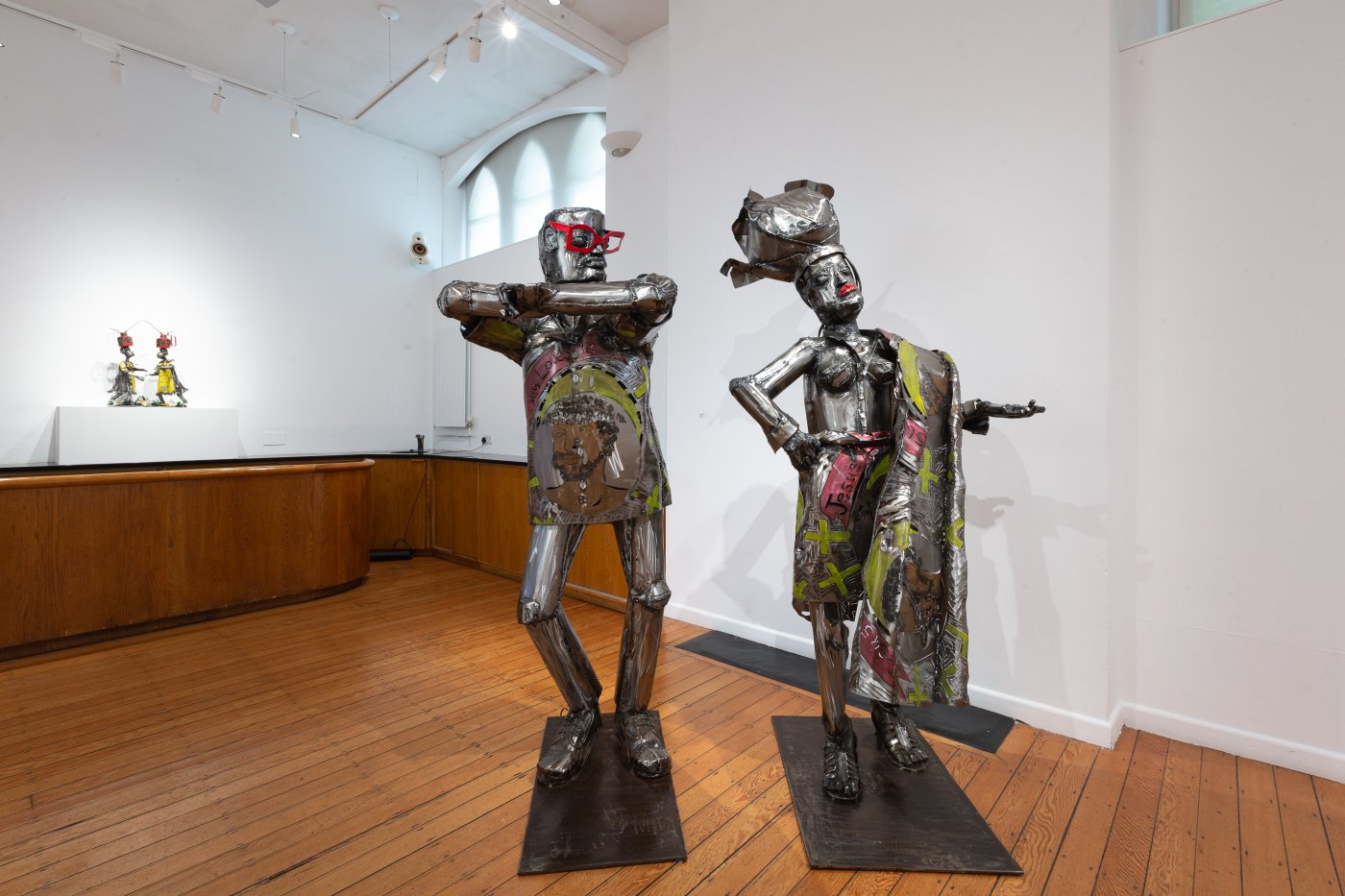 This exhibition coincides with her large-scale steel sculpture Europe Supported by Africa and America being displayed at the V&A to complement the Africa Fashion exhibition, which opens on 2nd July, 2022. Two more of her larger than life-sized steel sculptures, again relating to Jonkonnu, will also form part of the Kensington and Chelsea Art Week, from 23rd June – 3rd July, 2022.

While researching the origins of the Notting Hill Carnival during the pandemic ‘lockdown,’ Douglas Camp became fascinated by a set of coloured lithographs by Isaac Mendes Belisario, depicting Jonkonnu revellers in Jamaica in the late 1830s. The Jonkonnu festival developed during the period of slavery, when plantation workers celebrated the few days holiday allowed each year with exuberant musical masquerades that recalled their African heritage. During these revels, the slaves would disguise themselves in costumes that borrowed from and parodied western archetypes: admirals, sailors, queens, plantation-owners, actors, etc., each with a dramatic headdress, while mingling with these figures were wild men, nature-spirits, demons etc., whose roots lay deeper in ancestral African traditions.

The striking headgear of the masked revellers reminded the artist of the thrilling Kalabari masquerades of the Nigerian coastal region where she was raised, figures she had previously explored in her work. The outpouring of sculptures that resulted is a heady mix of outlandish characters who trace the overlapping links between still-surviving African masquerades, Caribbean carnival traditions and their most recent incarnation on the streets of London, during the colourfully costumed parades of the Notting Hill Carnival. With these exhilarating new works, Sokari Douglas Camp pays homage to the indomitable ‘carnival spirit’ still surviving despite all adversity. These steel sculptures playfully combine different elements from the interrelated worlds of imaginative masquerades, festival processions and carnival parades. In so doing, they affirm the powerful contribution of African and Caribbean cultures to the multicultural city of London today. While the Notting Hill Carnival has been cancelled for the past two years because of the pandemic, the vital energy of these dancing figures looks forward to a time – soon to come – when the joyful revels return and the entire community unites in celebrating together again our collective powers of resilience.