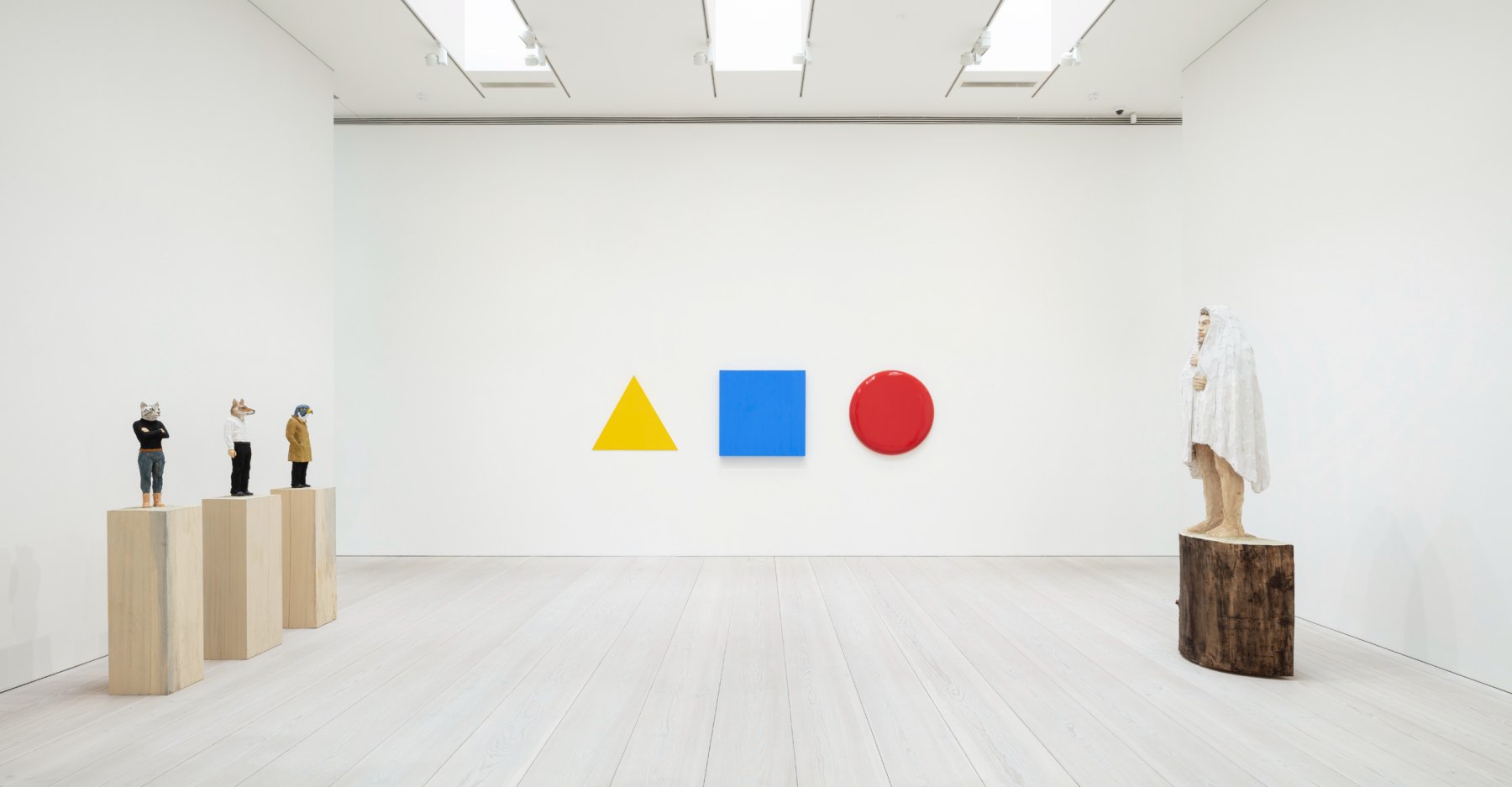 German sculptor Stephan Balkenhol (b.1957) portrays human figures with archaic, raw-hewn spontaneity. His anonymous figures stand formally like monuments on pedestals, their faces expressionless, yet something about their bearing conveys an undercurrent of intensity as if they were absorbed in deep, furious thought. Balkenhol made a clear departure from dominant trends in the early eighties by adopting a figurative style of sculpting. The human figure and the fundamental questions of human existence have since remained the focal concern of his art. Although his idiom is figurative, Balkenhol refrains from delivering explicit commentary instead of leaving room for the viewer’s interpretations.

Balkenhol begins each sculpture with a single woodblock, usually soft poplar or Douglas fir. His chisel marks are visible on the surface of the crudely carved figures, the splinters and fissures conveying a sense of human frailty and imperfection. The neutral, timeless clothing is painted in evocative but straightforward color combinations.

Stephan Balkenhol is one of the preeminent sculptors of our time. He studied at the Hamburg’s University of Fine Arts of Hamburg, and he has held tenure as a professor at Karlsruhe’s State Academy of Fine Arts since 1992. His work is found in numerous significant international collections, including the Peggy Guggenheim Collection in Venice, the Staatliche Museen in Berlin, the Hamburger Kunsthalle, and Frankfurt’s Museum für Moderne Kunst, and the Art Institute of Chicago in the USA. The artist divides his time between Karlsruhe, Kassel, Berlin in Germany, and Meisenthal in France.

Courtesy of the artist and Galerie Forsblom, Helsinki