Susumu Kamijo: Alone With Everybody

Susumu Kamijo: Alone With Everybody

Perrotin Seoul presents Alone with Everybody, a solo exhibition by New York-based, Japan-born artist, Susumu Kamijo. It marks the artist’s first show with the gallery and his first in South Korea. 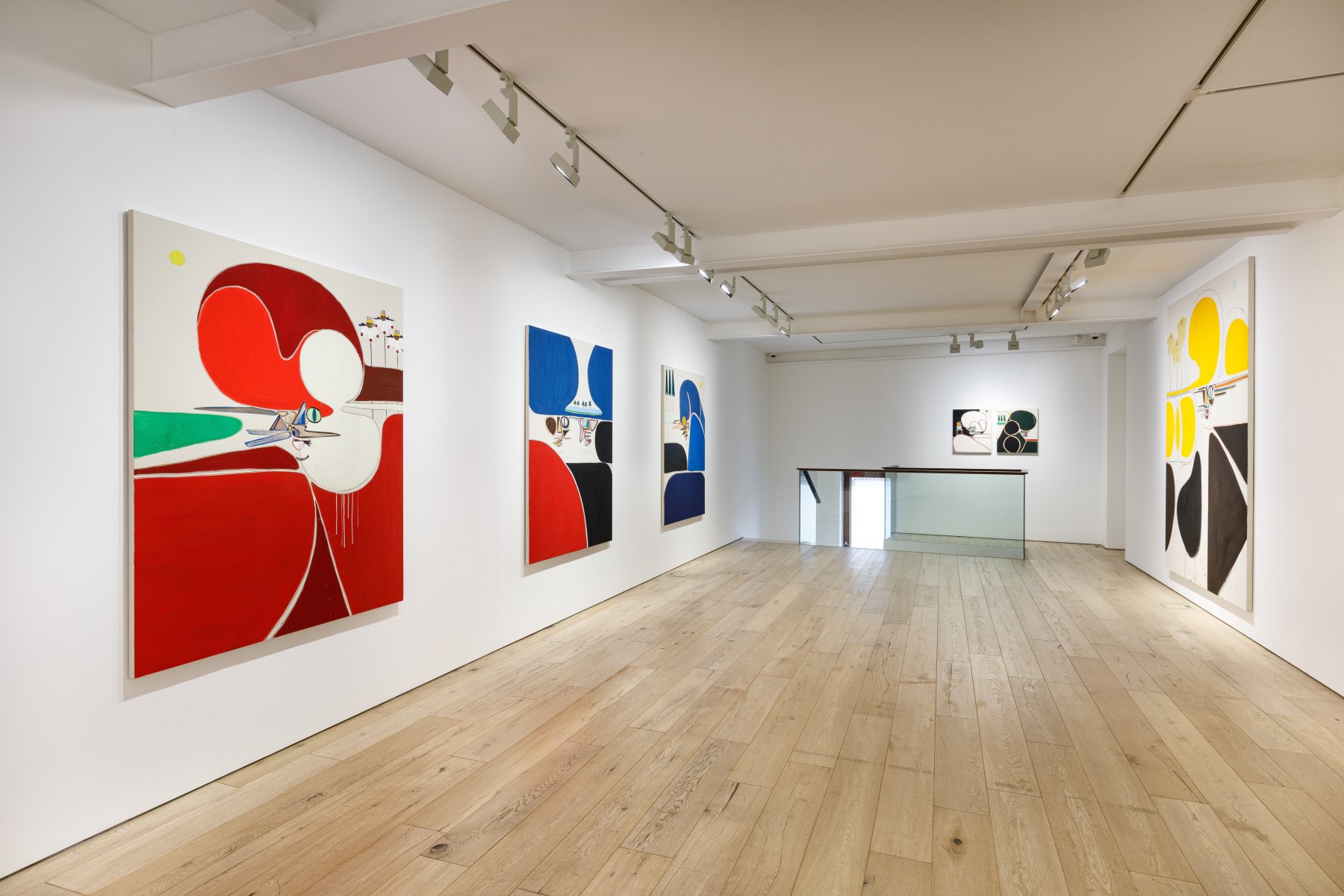 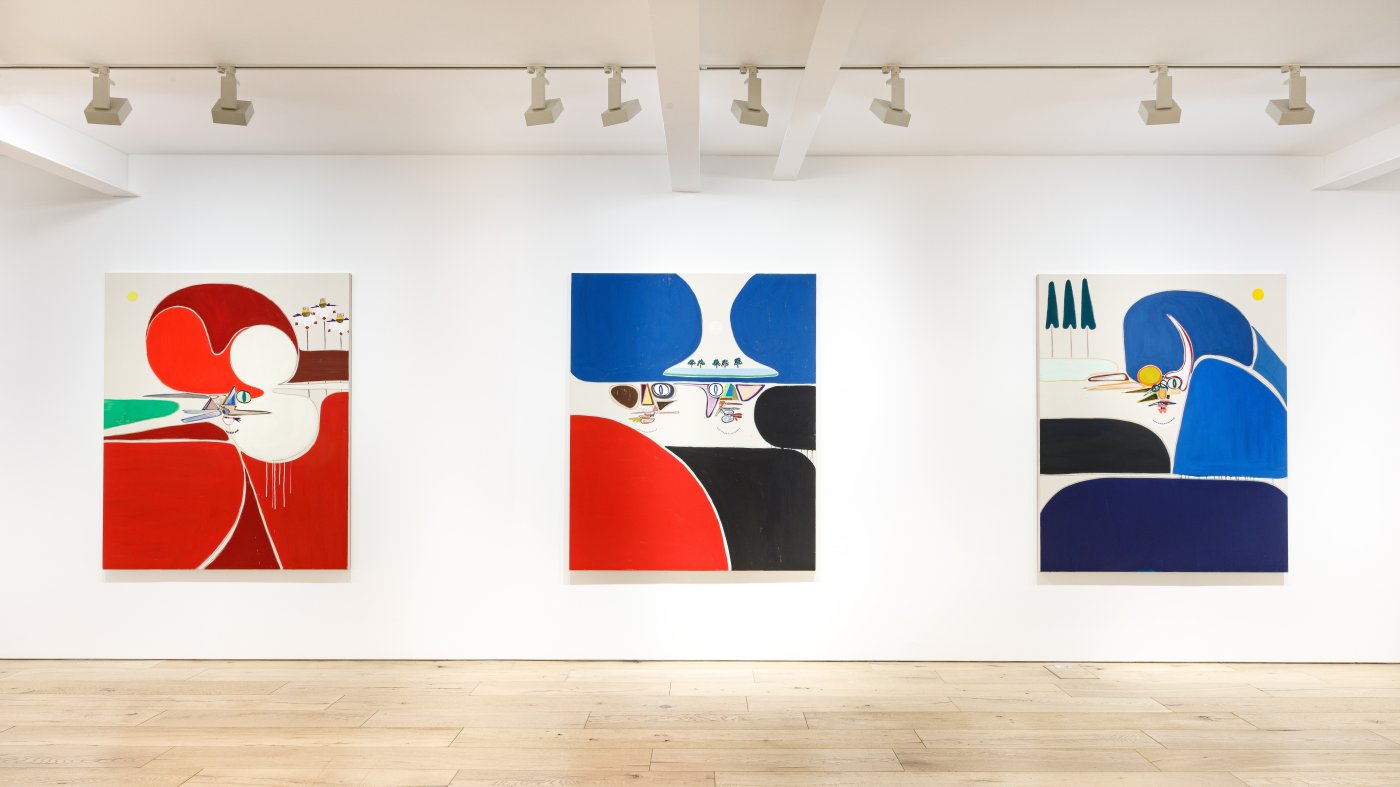 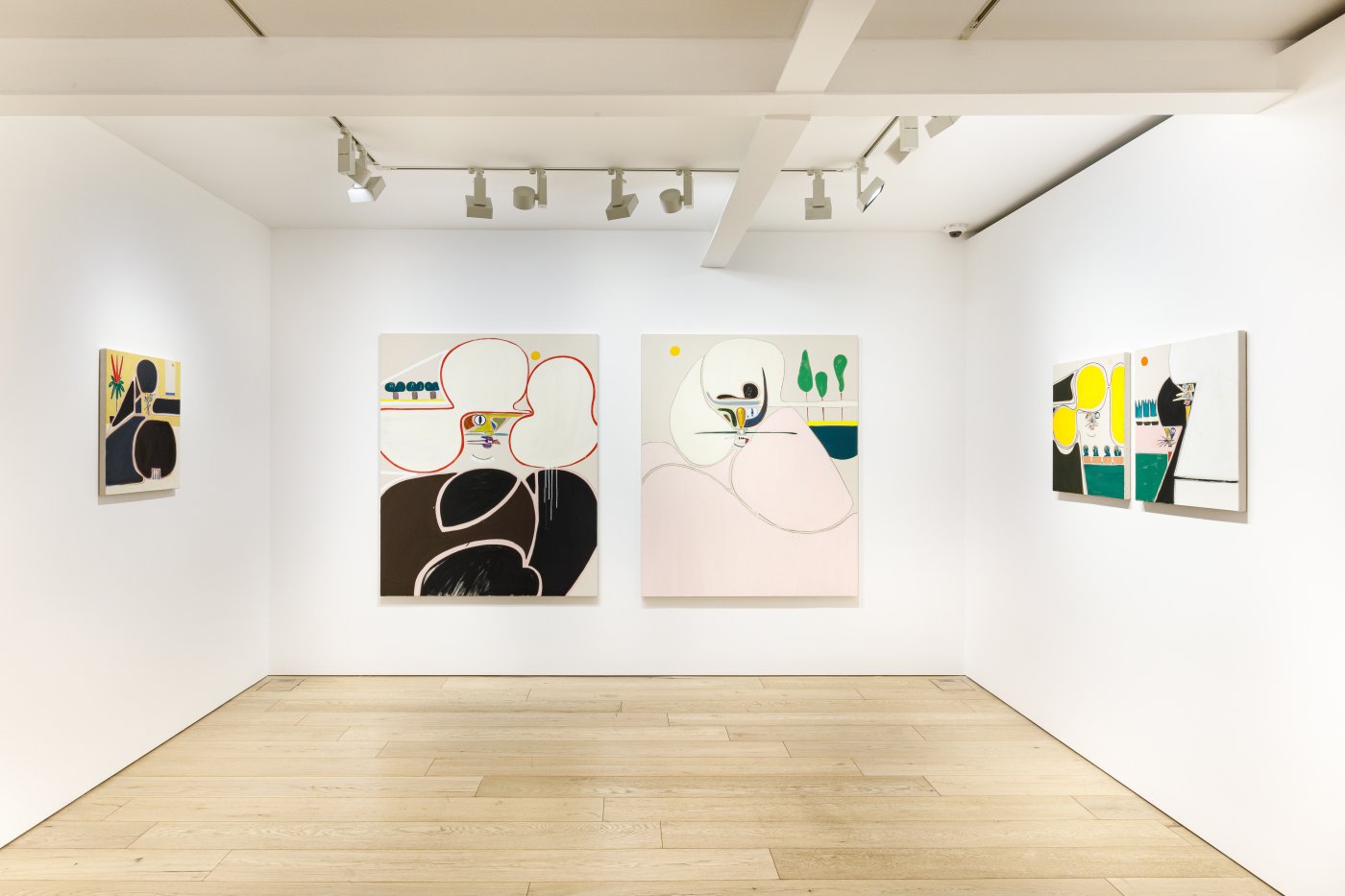 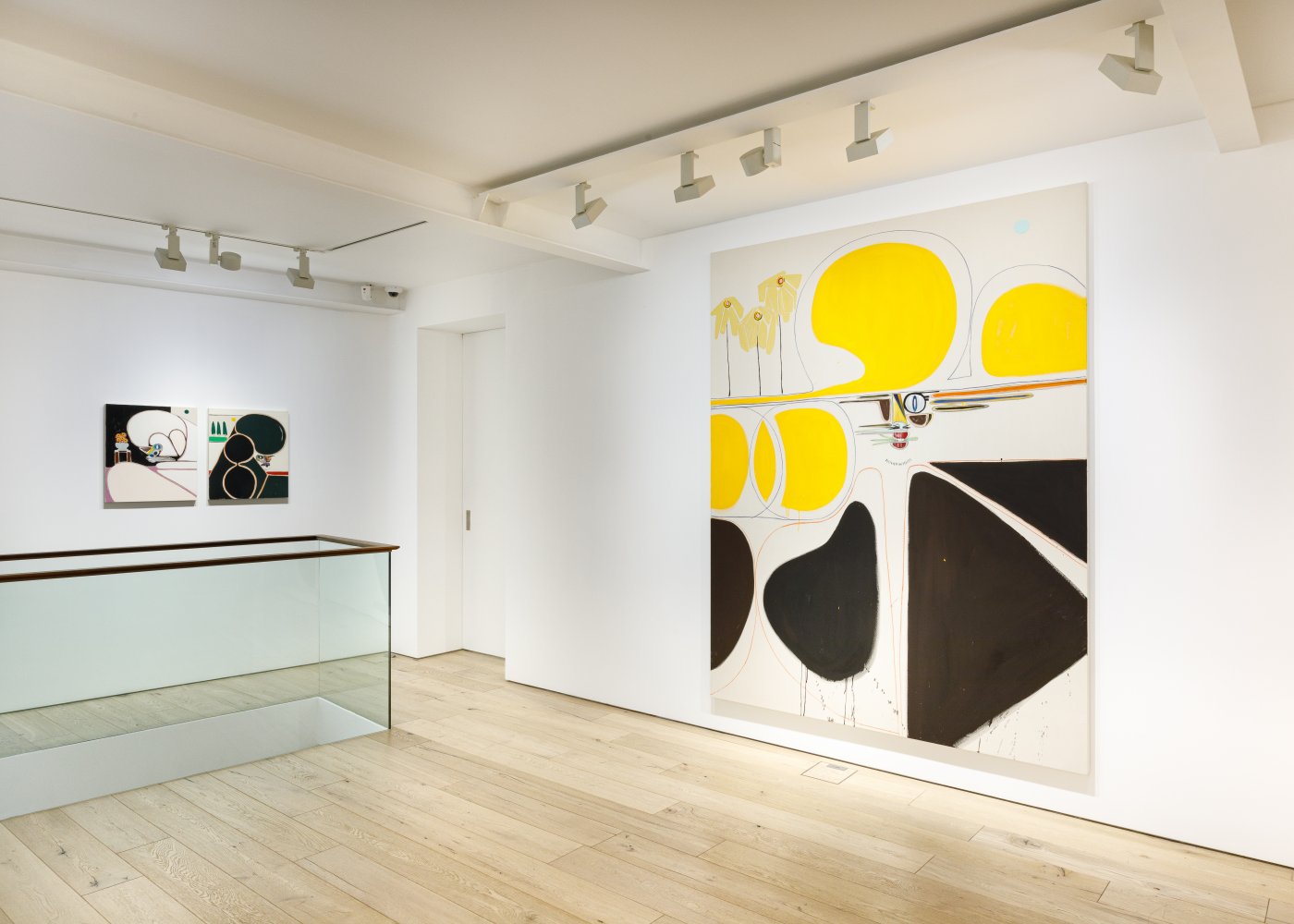 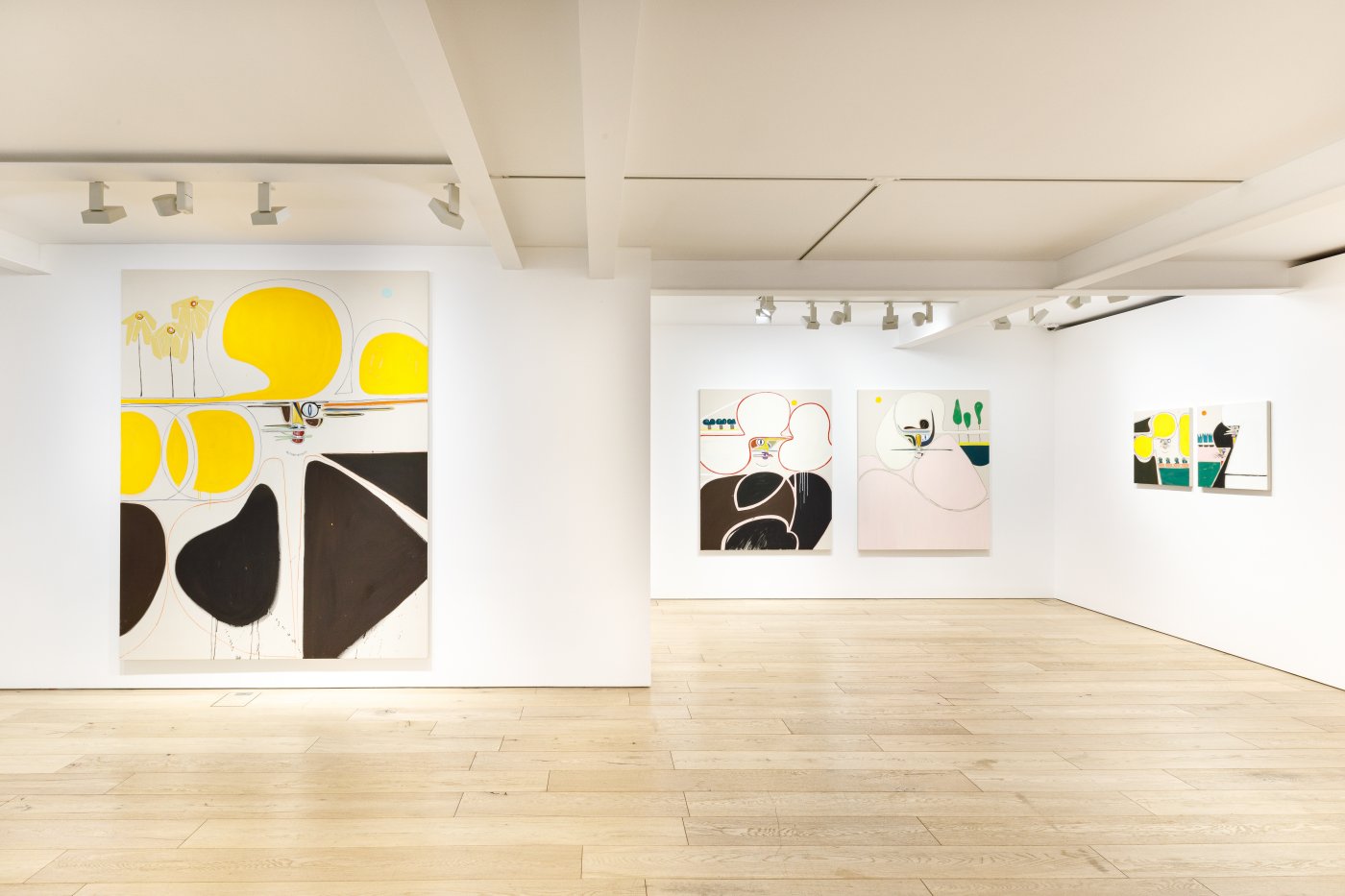 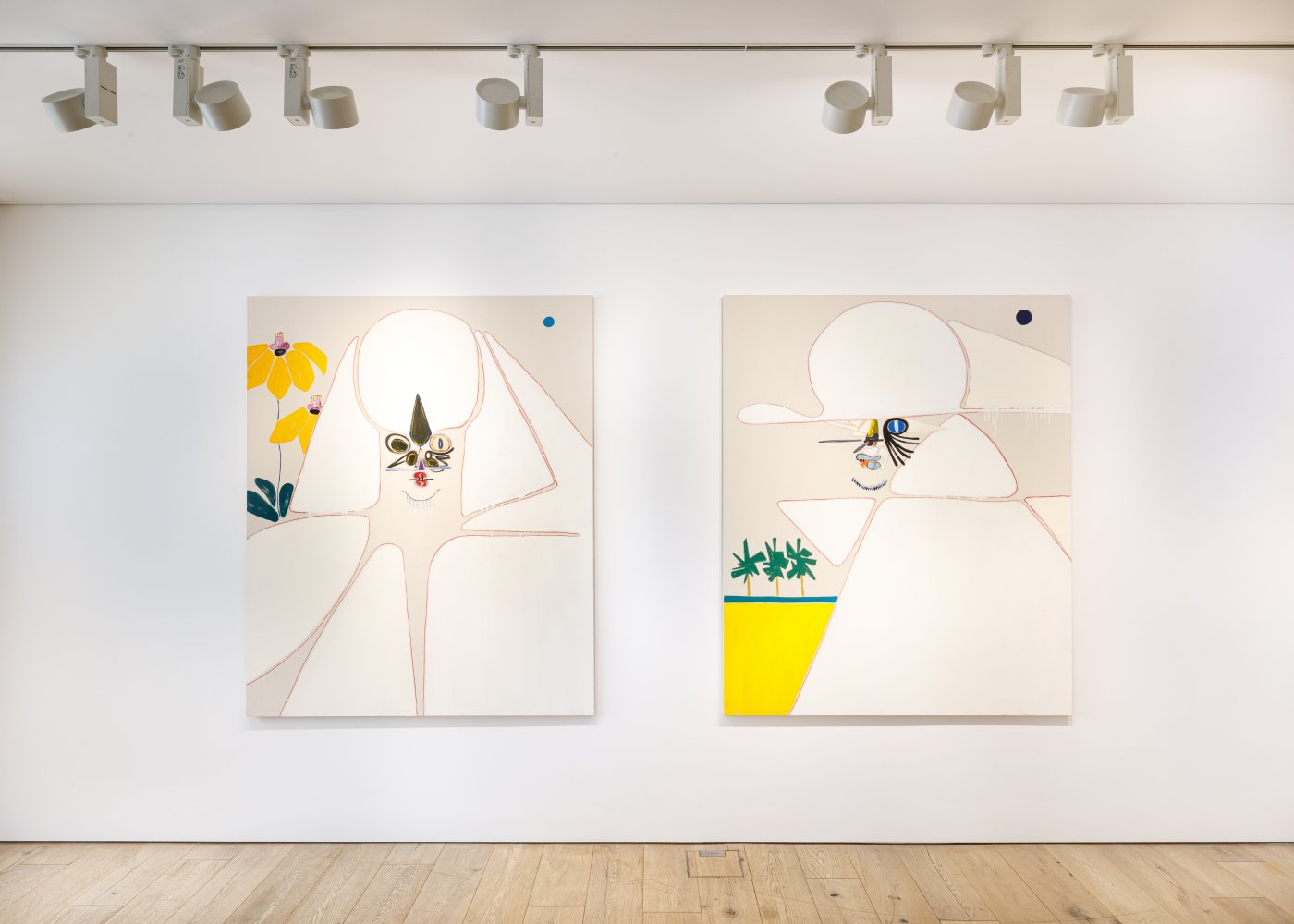 Kamijo’s poodles have attracted significant attention ever since he first started painting them in 2014. The story goes that one day when Kamijo’s partner, who is a dog groomer, was working, he noticed the form of the poodle and found it interesting. His fascination with poodles, the artist says, was almost an accidental one. In this latest exhibition Alone with Everybody, we witness a continual and playful evolution of his work where the visceral and the ethereal are often alongside each other.

In a way, Kamijo’s often “fluffy” and “brightly hued” poodles form an inviting door to the world of his imagery. The poodles have evolved from being forms with dots and shapes that seem to float in a serene landscape to more deeply engaging even an uninitiated viewer into a meditation upon what the form of the poodle would allow for. In his recent works, the echoes of the first poodles are nevertheless present – the colors are still vibrant, the poodle’s voluminous form still ascertained, and yet the form becomes a space of teasing out the abstract poodle form into something that is sensual and stirring in its nature. Teeth gnashed in a minimal tree-lined backdrop, the poodle becomes an exercise in vigorous gesturing. The gesture on the canvas becomes as swift, as Kamijo remarks, as characters in Japanese calligraphy. On Kamijo’s canvasses, a calligraphic meaning is always in a state of becoming; the nimbly drawn figures become poodles and figures that create a field of vision that invite a roving eye until fixated upon the ever-present dot that adorns every painting. The dot, often a point that contrasts with the colors on the canvas, is a ubiquitous presence that becomes a marker of narrative – in a minimal landscape, Kamijo’s use of this dot is a compelling, almost intimate, legend in the austere field of vision.

While his influences are widely seen within abstract expressionism and German expressionism, Kamijo himself mentions Willem de Kooning, Philip Guston, and Francis Bacon. As with these artists, Kamijo’s work bears the mark of dynamism, of what a form of the poodle can become and evoke in a viewer. It is, as Kamijo reminds us many times, nothing to do with the poodle the dog, but something that the form of the poodle can bring forth. In a conversation, Kamijo says he becomes preoccupied with three aspects: the face, the landscape of the painting, and lastly, the composition of the painting itself. As in a de Kooning painting, the proportions of the painted figures magnify and play with the frame, something that Kamijo’s figures are able to invoke by juxtaposing the landscape with brushstrokes that coalesce an errant landscape to a figure, a figure to the promise of a symbol and a narrative.

The purity of this narrative, if present, is a subtle nod to the viewer’s own memory and the artist’s own legacy. The vitality of strokes continues an exploration of the poodle till it becomes purely form. It is hard to deny that in his recent works, Kamijo’s emphasis upon the close-up details of the poodle’s face – a kind of portraiture that deftly balances swaths of color with pastels and muted tones – is one where the elements are always in dialogue. If it was Guston who once said that he had hoped that one day a face might emerge from his brushstrokes, such a question is an open query in Kamijo’s work – it asks us to behold the earnest poodle being represented while also paying close attention to each dot, each shape, each shift in color. The visage of the once fluffy and almost nonchalant creature and its gaze keeps coming closer, revealing itself as more disjointed shapes that draw us in, in a sleight of hand.

What we find is a master in the prime of his powers whose work fascinates and intrigues us. Kamijo, speaking in July, 2021 in a podcast, mentioned how painters are sometimes people who paint out of their own emotional bathtubs. Instead, the world that Kamijo invites us into is one where the poodles have advanced to the core of our line of vision, welded securely to the landscape where a serene line of trees align themselves wordlessly with the gnashing teeth of the poodle. He may not be painting out his emotional bathtub. We who encounter it look for a totem in the enigma, for the inkstone in the calligraphy of visceral gestures.

About the artist
Born in Nagano, Japan in 1975, Susumu Kamijo lives and works in Brooklyn, New York. He holds a BFA at the University of Oregon (2000) and an MFA in Painting and Drawing at the University of Washington (2002). Influenced by Francis Bacon and Willem de Kooning, his poodles have attracted significant attention ever since they first appeared in 2014. The quick drying vinyl paint that Kamijo uses for his painting makes every painting – in his own words – “a quick resolution”.

The technique of painting quickly to capture something that is authentic is one that Kamijo attributes to his experience of learning Japanese calligraphy as a young man. His own interest in creative writing has also lent a narrative “style” to his paintings that mimics the minimalism of a poem and the surprise of a short story. By mingling drawing and painting techniques, the artist has been able to create an assemblage of symbols and signs, often in ethereal and menacing strokes of color. In a playful meditative style, his work continues to evolve in a direction that surprises, provokes, and transforms our ways of seeing.

View of Susumu Kamijo’s solo exhibition “Alone with Everybody” at Perrotin Seoul, 2022. Photo: Youngha Jo. Courtesy of the artist and Perrotin