Franklin Parrasch presents the gallery’s first exhibition of recent paintings by Lebanese American artist Tala Worrell. Born in New York City in 1991 and raised in Abu Dhabi, Worrell’s cultural exposure has been steeped in diverse sets of values and the necessity of acceptance and openness to conflicting ways of understanding. Through this lens, Worrell’s approach to abstraction is distilled in the belief that every aesthetic decision involves the resolution of ethical dilemmas. 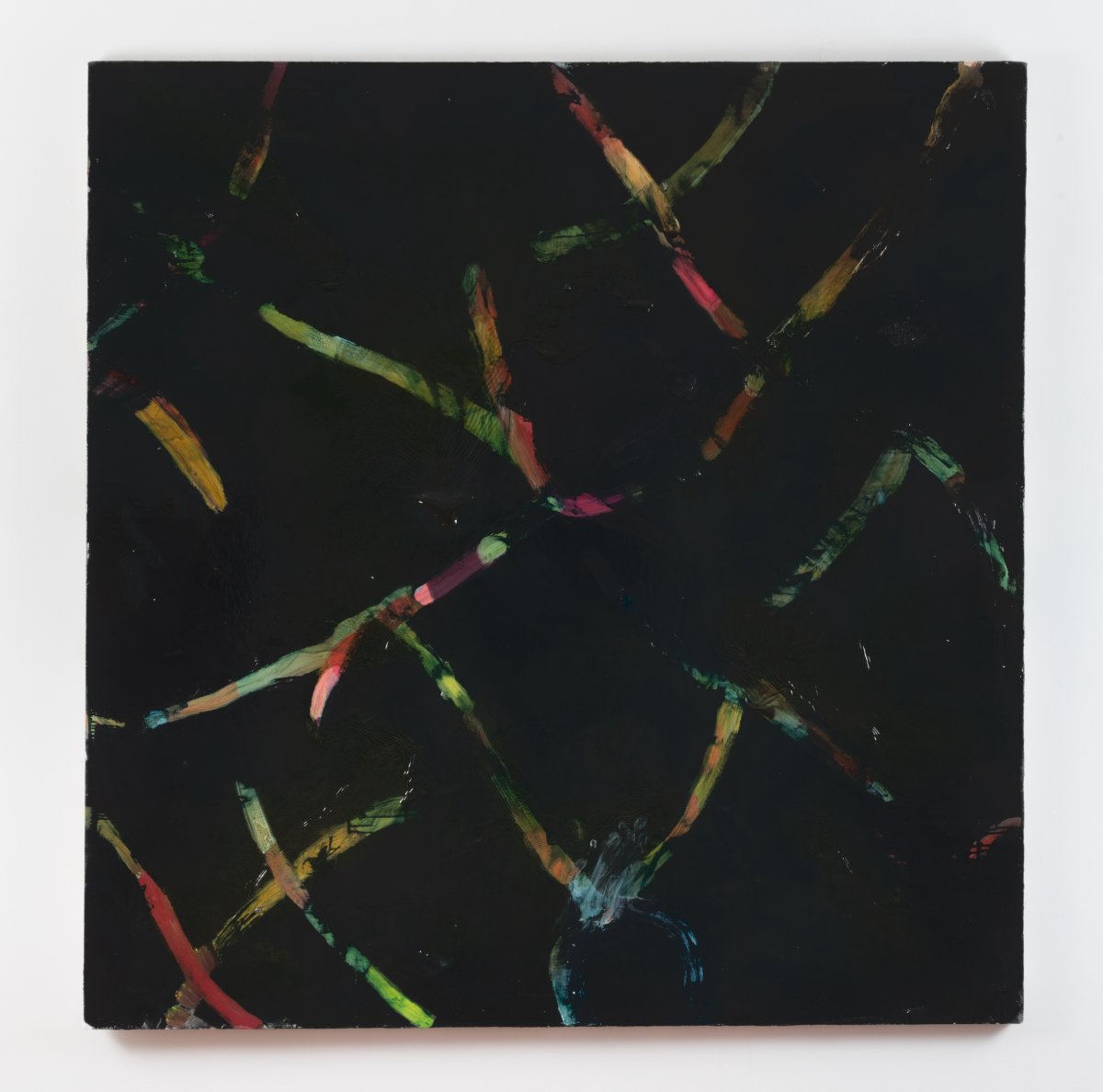 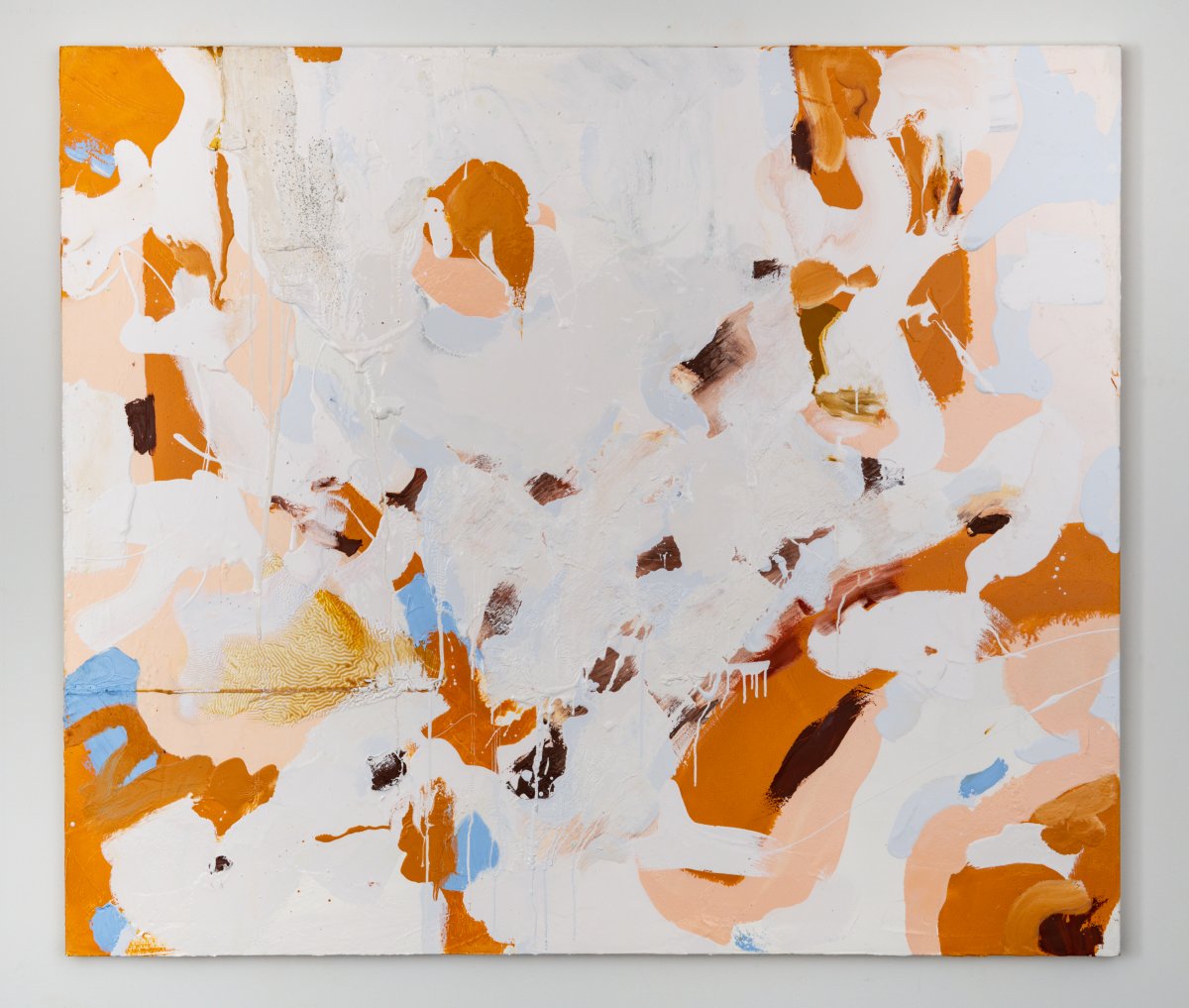 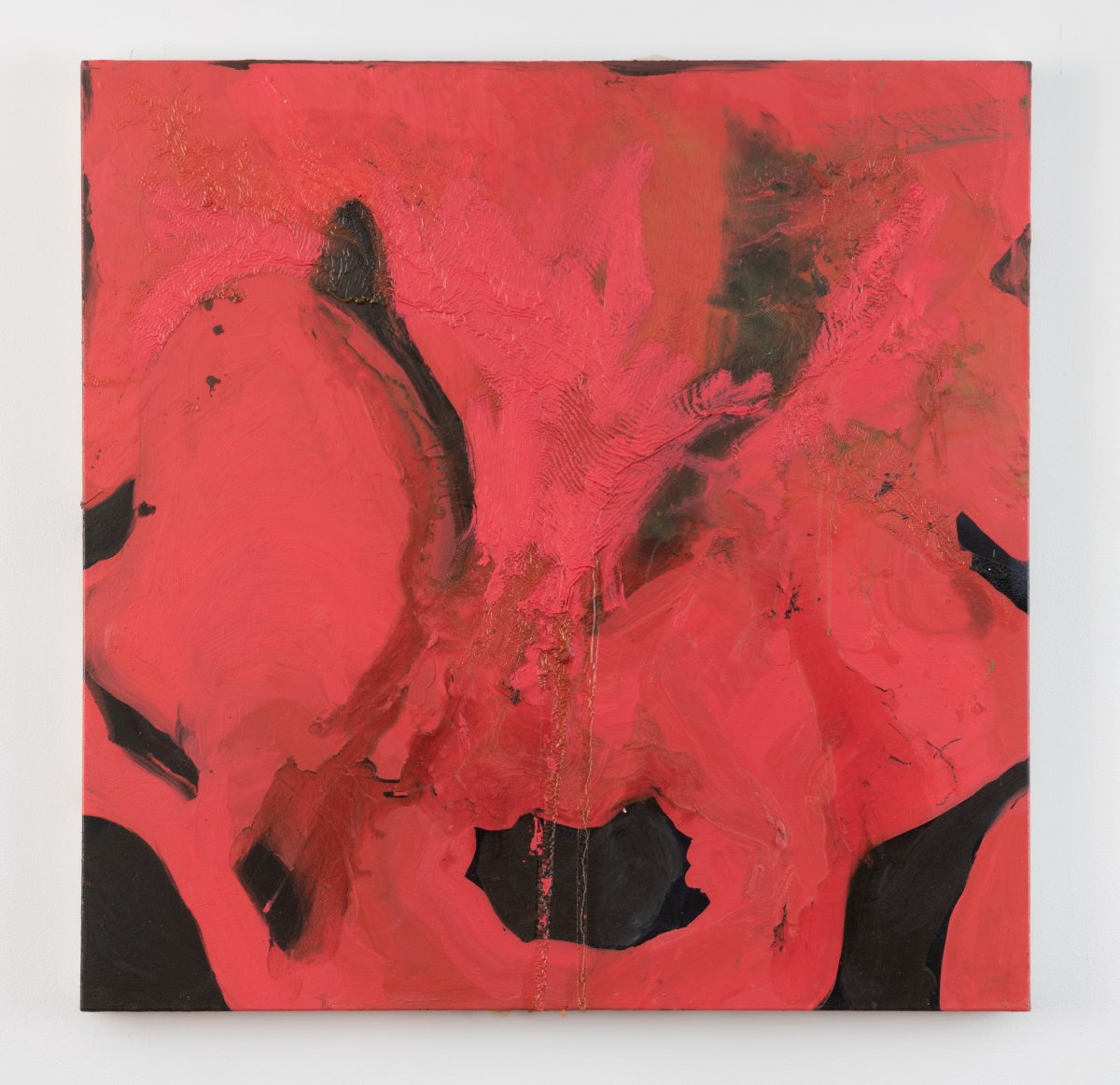 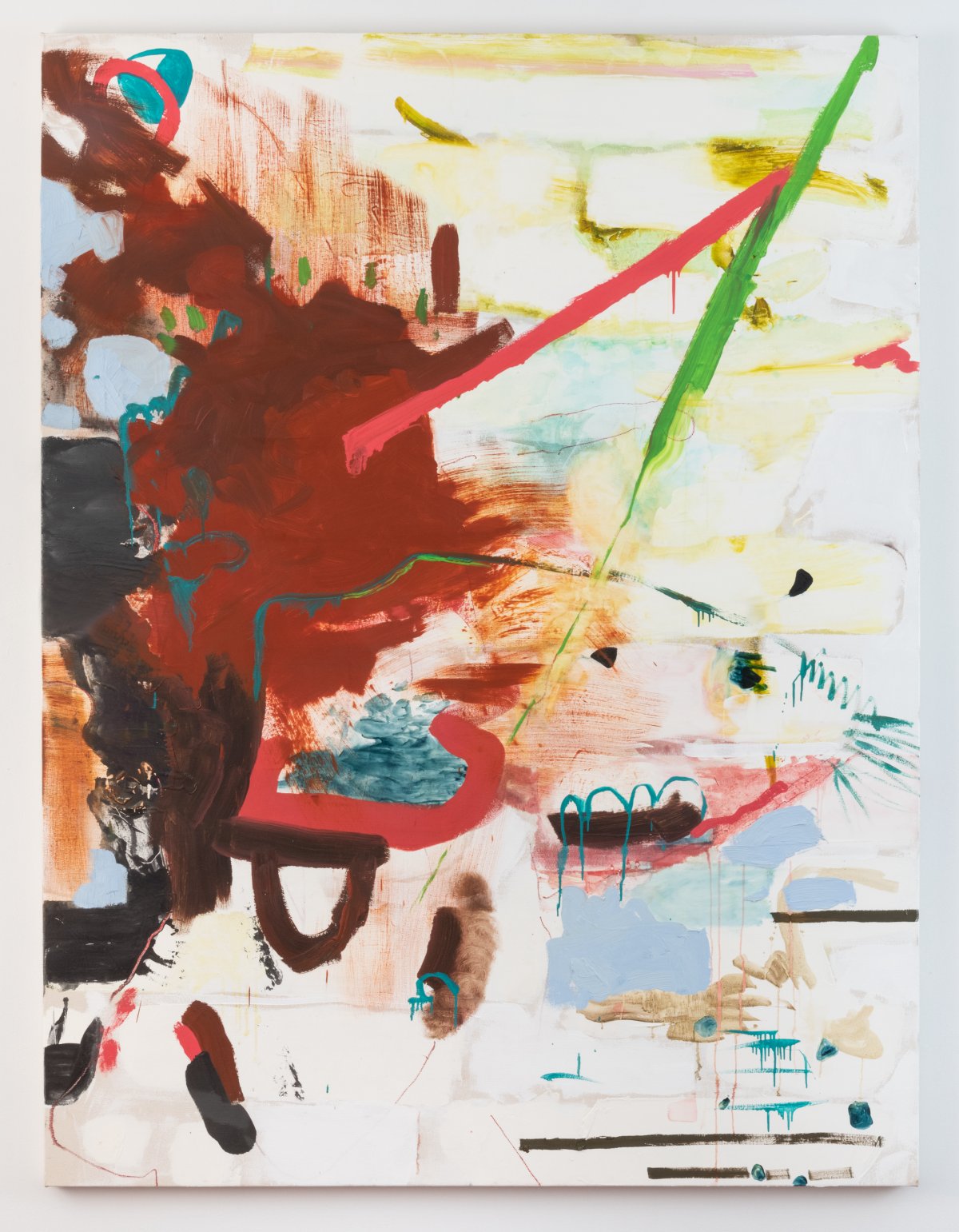 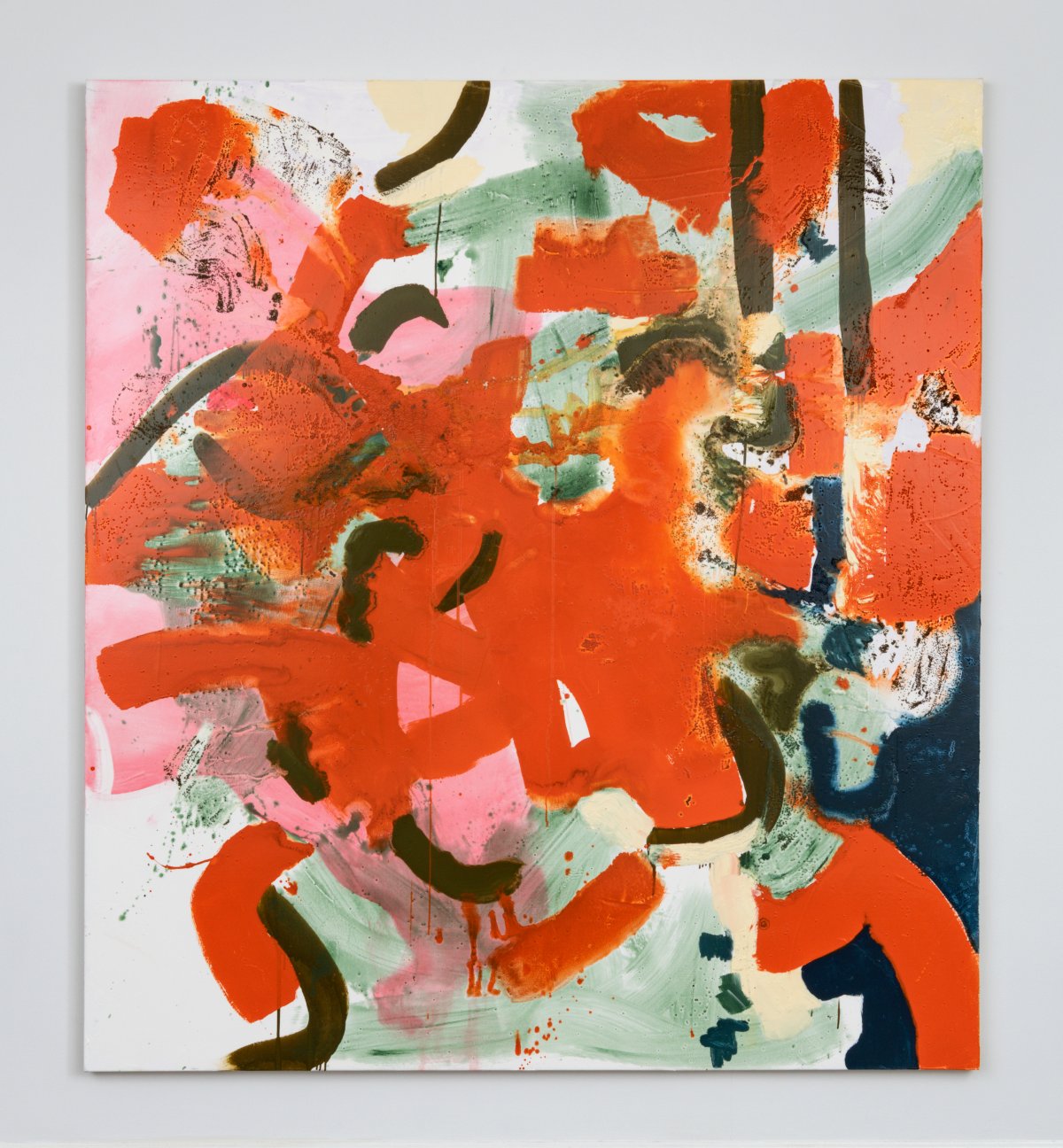 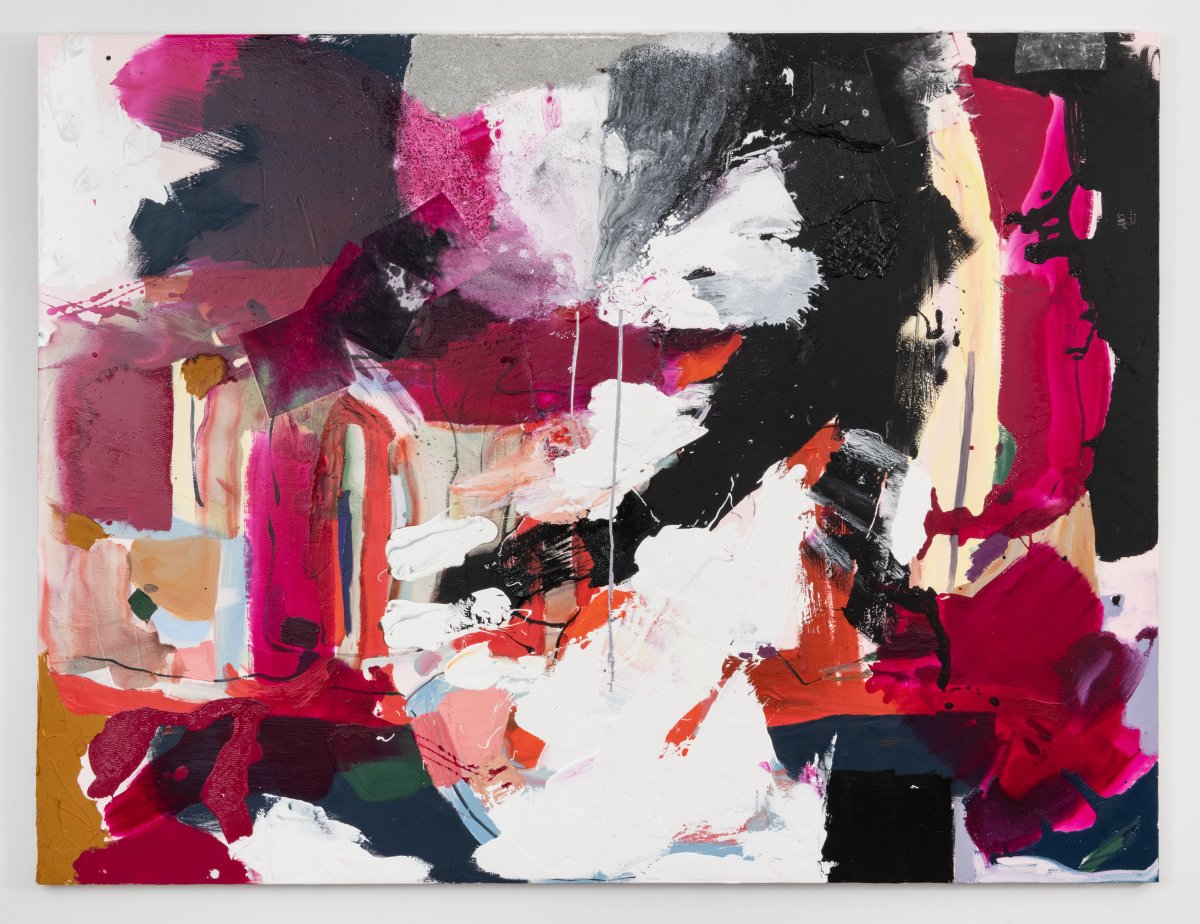 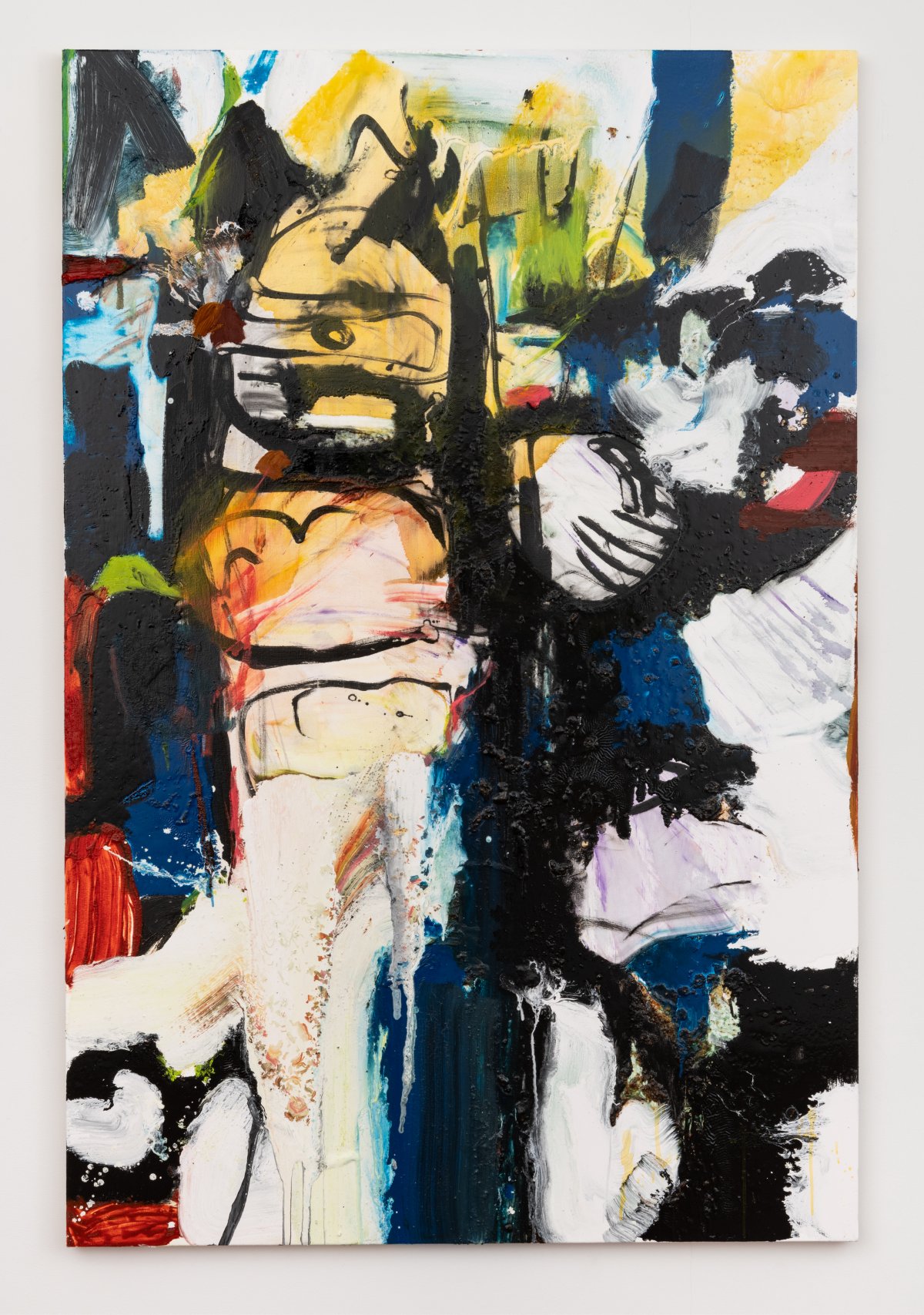 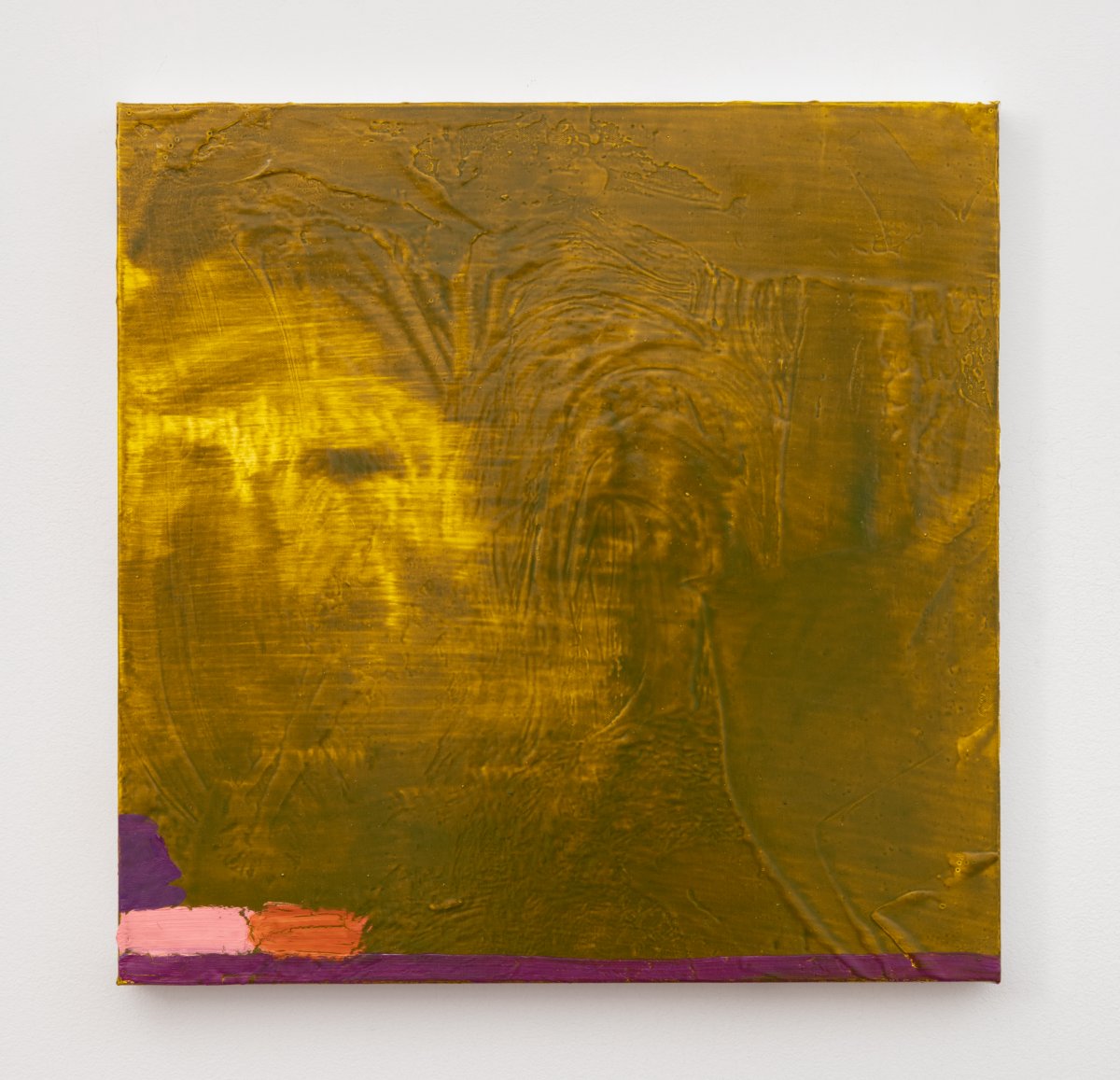 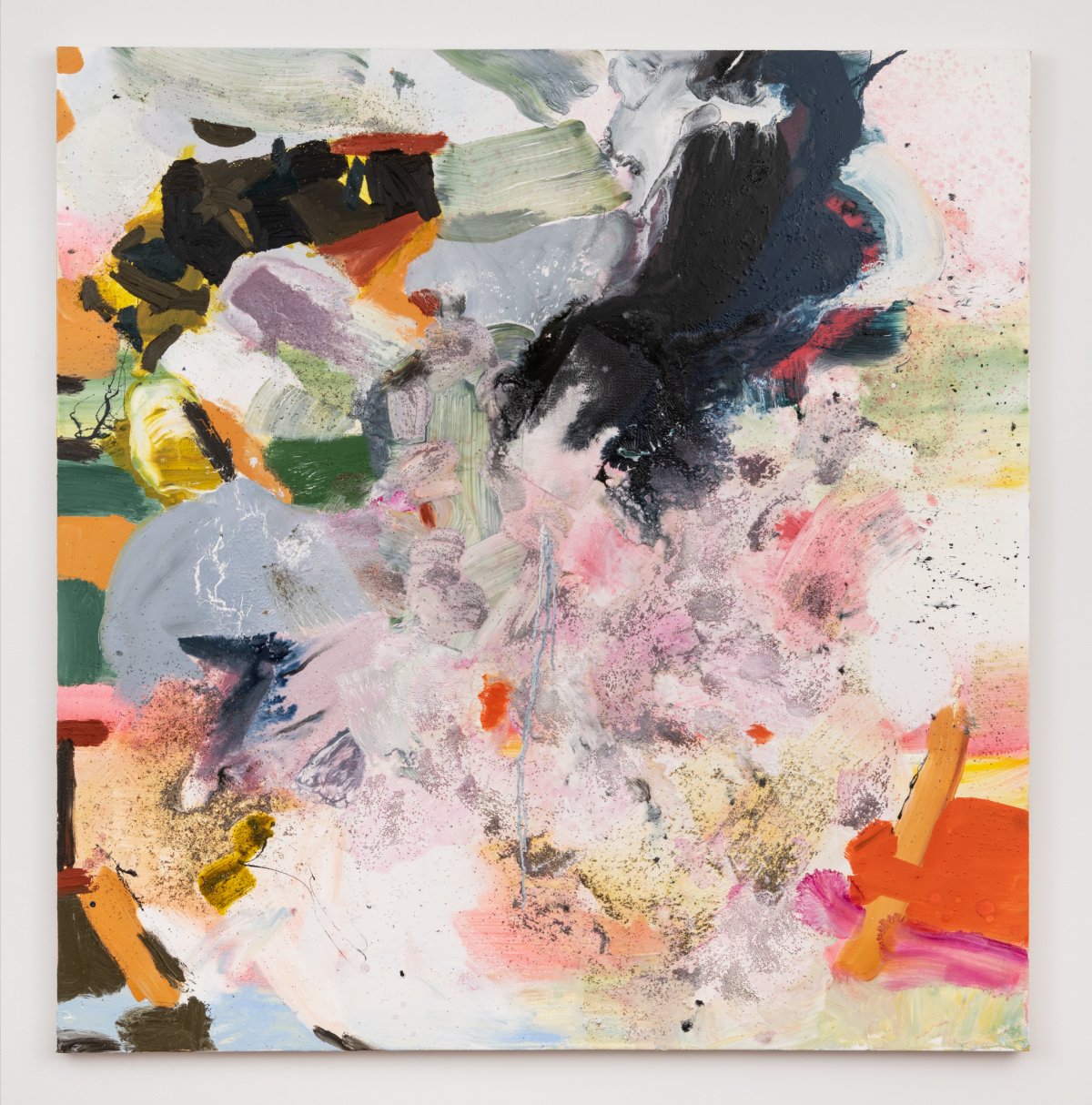 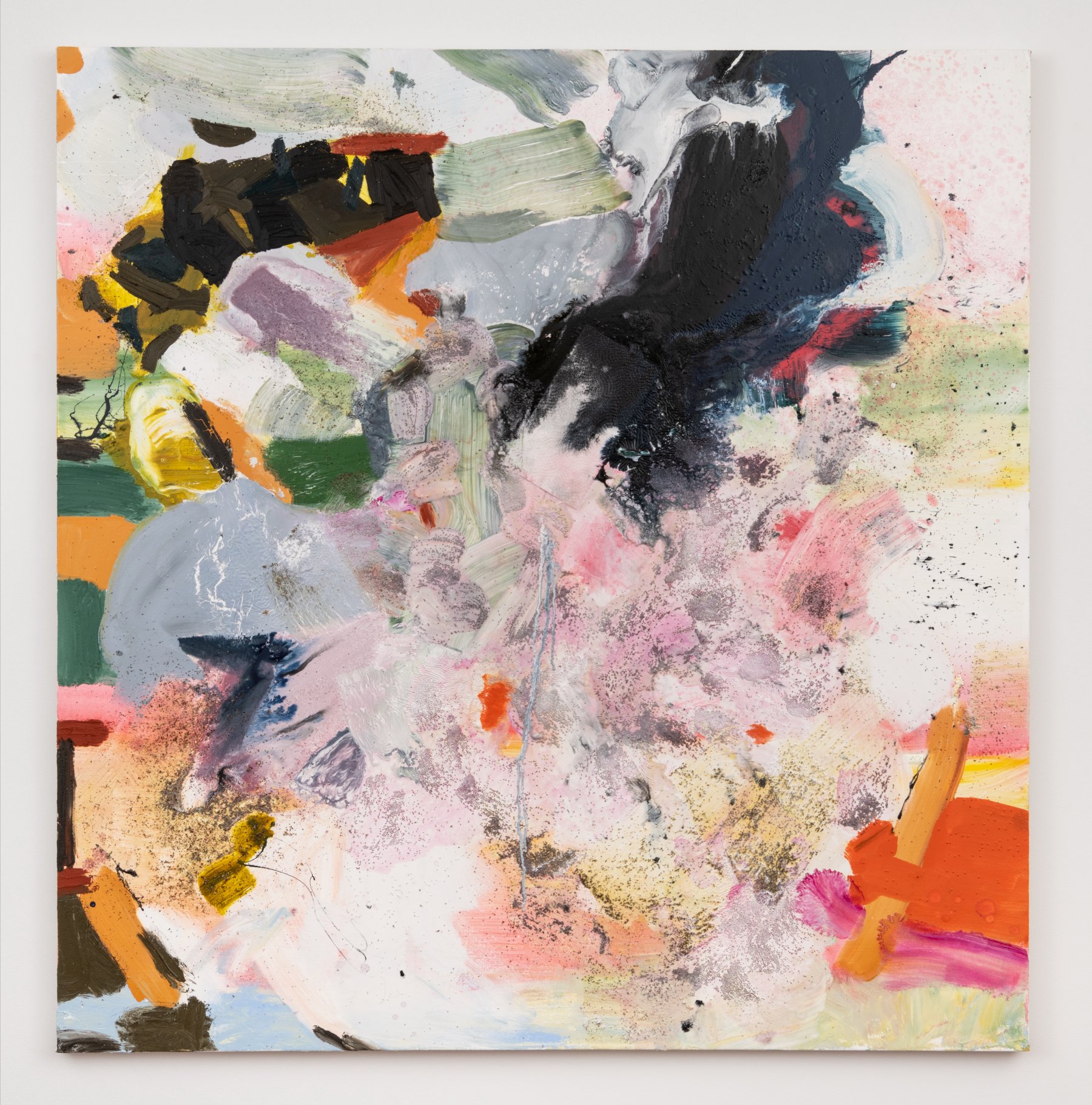 As she pushes the language of painting and its technical bounds, Worrell draws from both academic training and hands-on experience. Prior to her M.F.A. studies at Rhode Island School of Design, following residencies in Beirut and Abu Dhabi, Worrell lived in New York from 2016-2019 where she worked in the studio of painter and filmmaker Sarah Morris. Drawing from these experiences, Worrell both forges and resolves wide-ranging experimental processes which she perpetually absorbs and explores in her practice.

The artist’s frequent shift in the use of language, back and forth between English and Arabic, is a process that involves not just lingual adjustments but physical movements and body language gestures as well as an adjustment to spiritual and cultural attentiveness that accompanies each language’s speech patterns. These are the dichotomies that Worrell is focused upon in her work; the contrasts of surfaces, material choices, and chromatic decisions play upon similar inclinations.

Worrell responds to the visual qualities of a subject that engages her both conceptually and spiritually. The coagulative emulsion of a pulled Polaroid, the latticed patterns of a horse’s halter, the mellifluous gestures of Arabic letters all reference Worrell’s own quotidian physical and visual encounters. These elements are then distilled in her images with a hyper-focused sense of awareness to the feelings of specific moments. The artist’s lifelong involvement with horses, both in their rehabilitation and as a competitive rider, has informed her sensibility with kinetic resonance, non-verbal communication, balance, and rhythm. In “Raw Hide” (2022) for example, an abstracted image drawn from a horse’s mane is articulated with overlapping layers of oil and enamel paints pooled and pulled from the canvas in a style that alludes to automatic and subconscious gestural drawing.

Worrell’s use of diverse and seemingly incompatible materials and mediums further defines a painting language fueled by her faith in spontaneity. Oil and alkyd interact with the likes of chia seeds, kitty litter, wet wipes, and chili flakes, allowing a range of surface qualities, from chatoyant to matte, to flow across her images, activating dimensional perception and embracing that which cannot be controlled. Worrell deftly navigates the chasm between her familial and cultural roots and her Western education. Her complex and diverse background organically informs an aesthetic process that spiritually connects with rhythmic and system-based realities in abstract ways.

Tala Worrell (B. 1991, New York) earned a B.A. from Brown University (Providence, RI) in 2014. In 2014-15, Worrell was a Fellow at the 10 month-long Ashkal Alwan Home Workspace Program (Beirut, Lebanon) where she worked with resident professors Kader Attia, Walid Raad, and Joana Hadjithomas and Khalil Joreige, among others; in 2015-16, she was the recipient of a nine month- long Emerging Artists Fellowship at the Salama bint Hamdan Foundation (Abu Dhabi, UAE) established in partnership with Rhode Island School of Design; and an Artist-in-Residence at the Abu Dhabi Cultural Foundation in 2020. Worrell worked as a researcher and painting assistant for painter and filmmaker Sarah Morris from 2014-19. Worrell returned to Providence, RI in 2020 and earned an M.F.A. in Painting from Rhode Island School of Design in 2022. Worrell’s works have been exhibited at Beirut Art Center (Lebanon) and Warehouse 421 (Abu Dhabi, UAE). Worrell lives and works in Rhode Island, and teaches at Brown University.