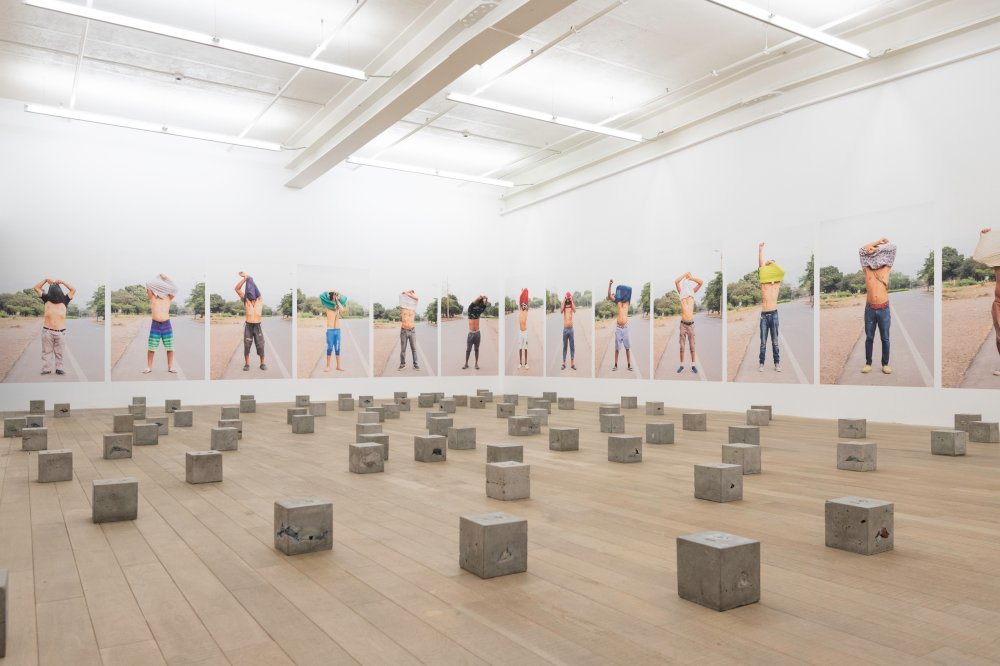 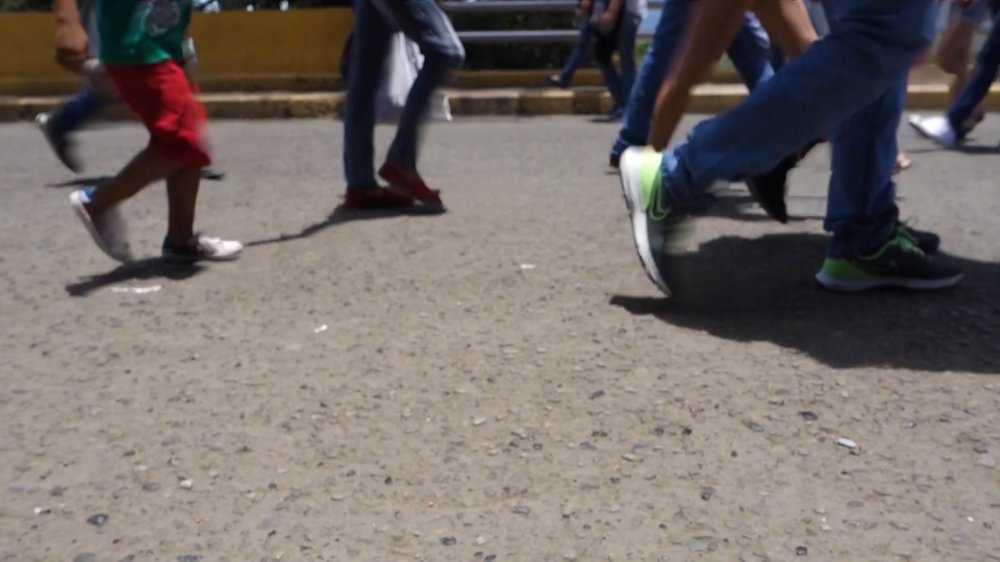 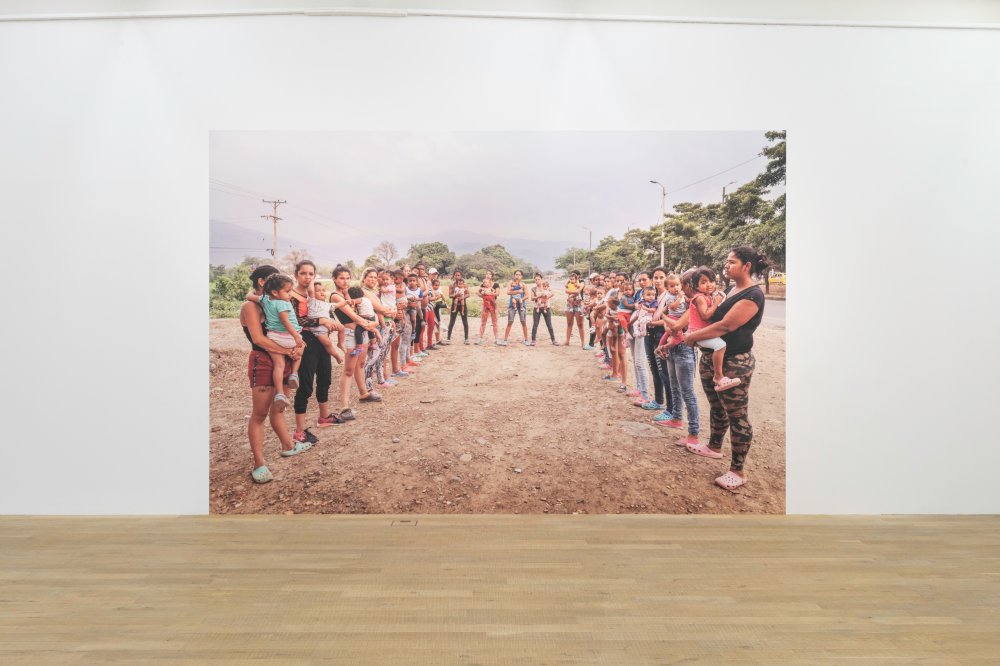 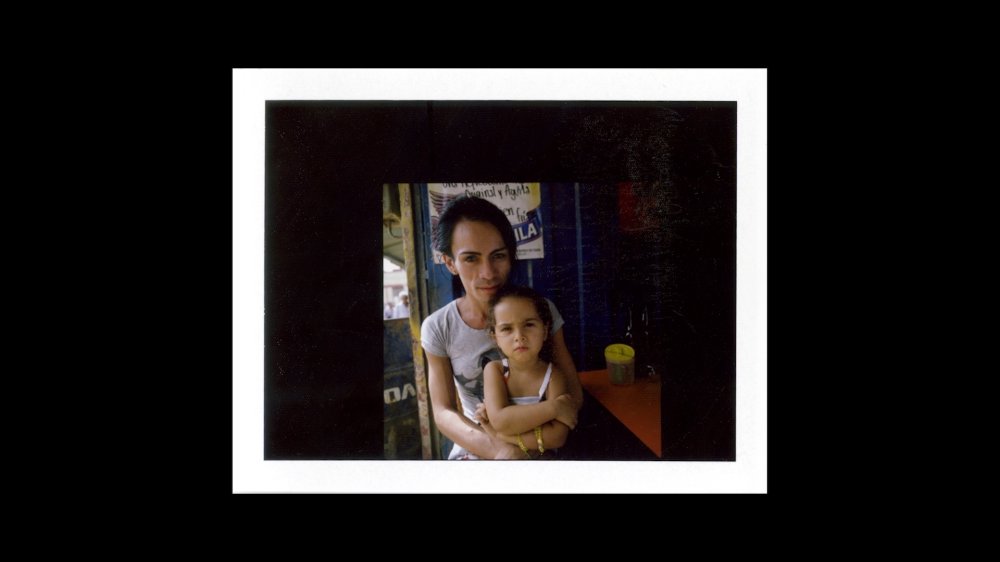 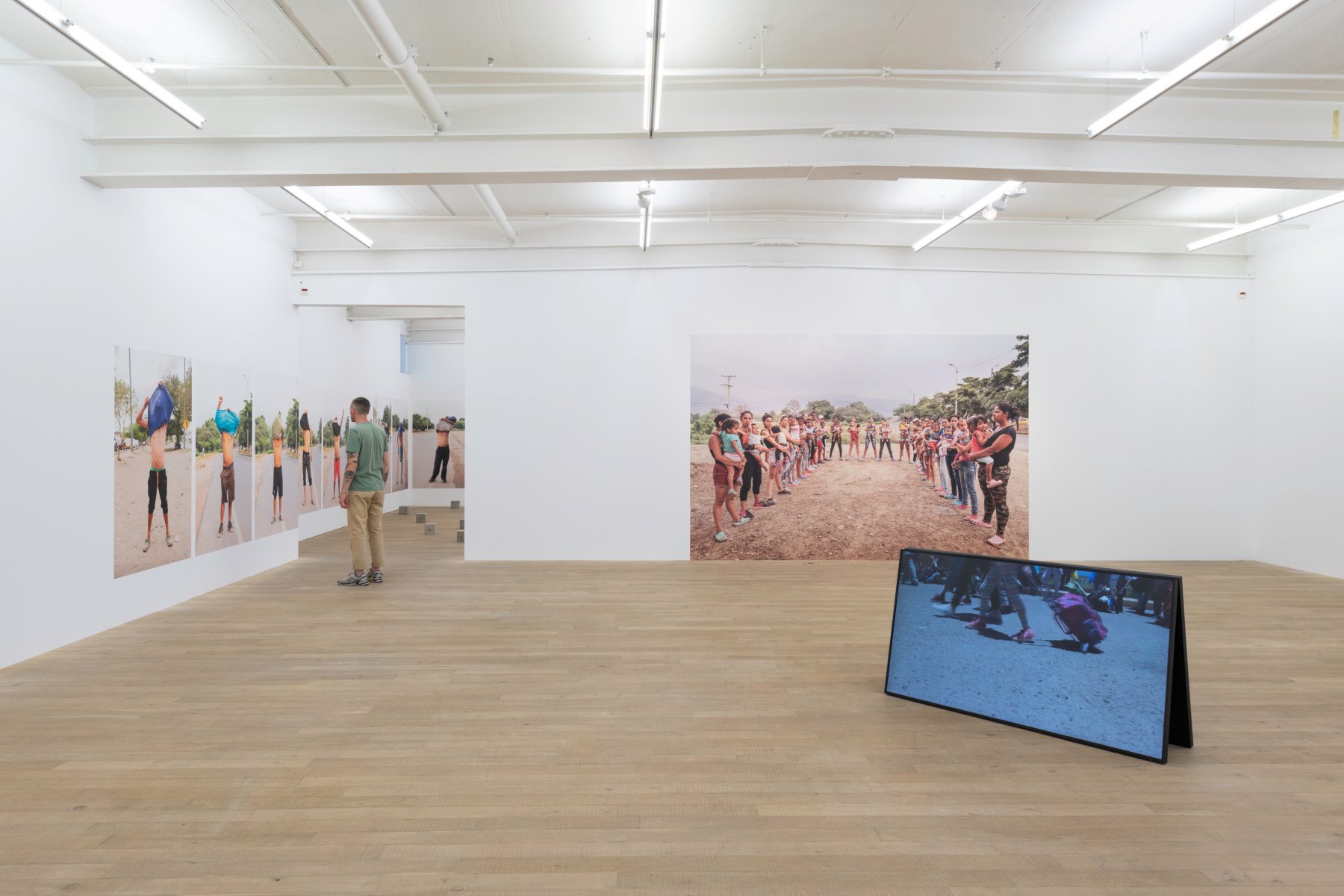 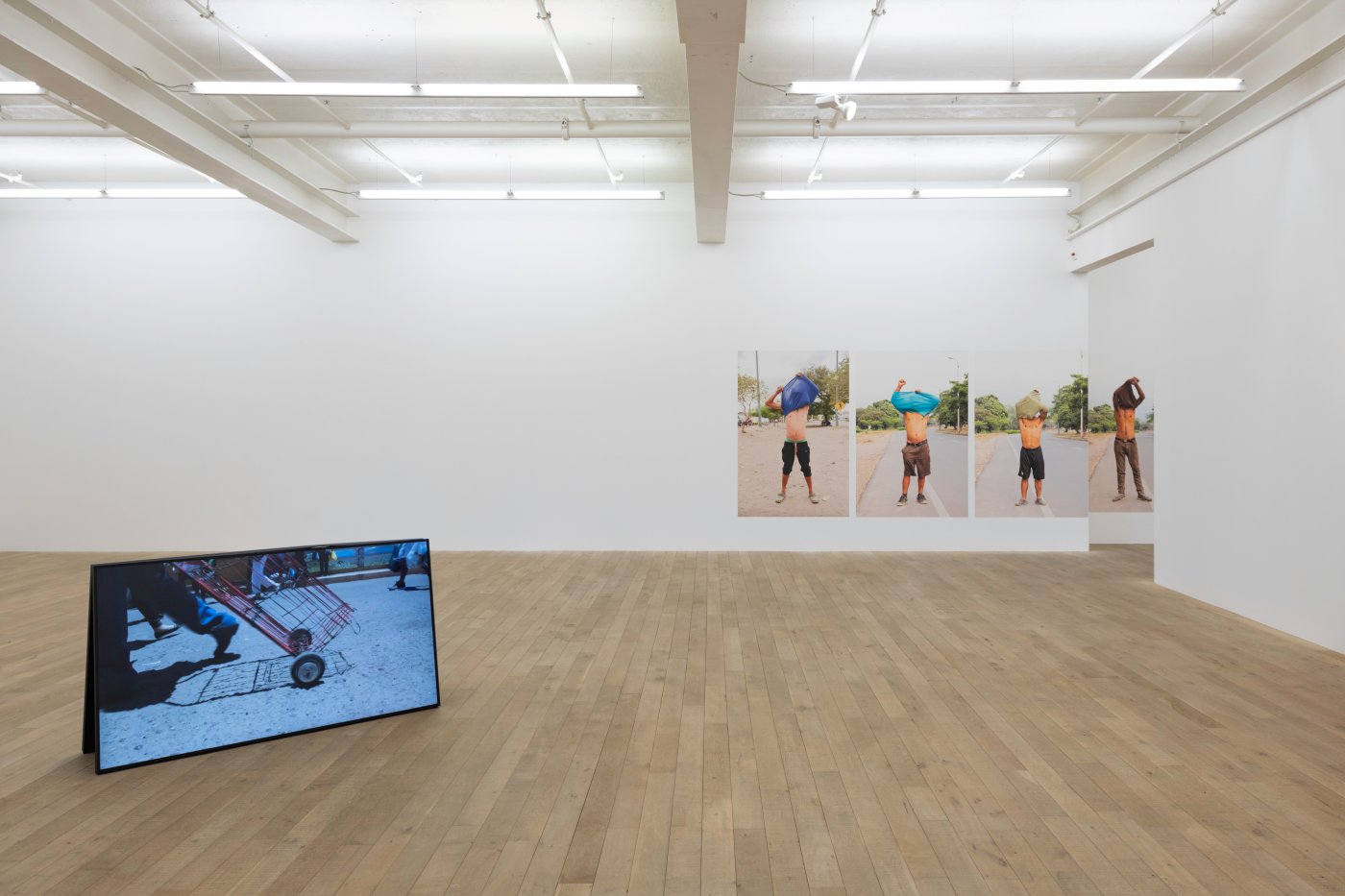 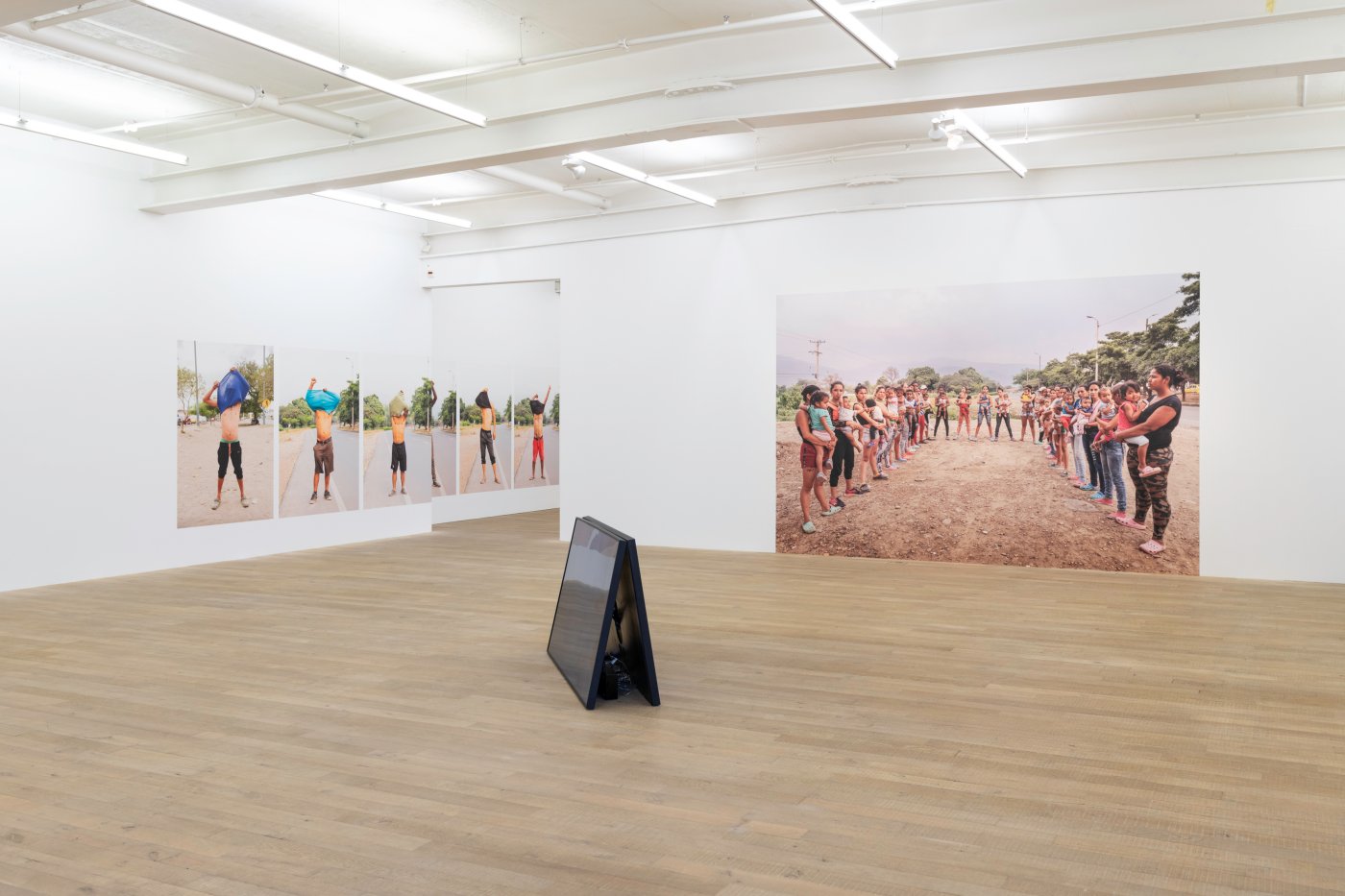 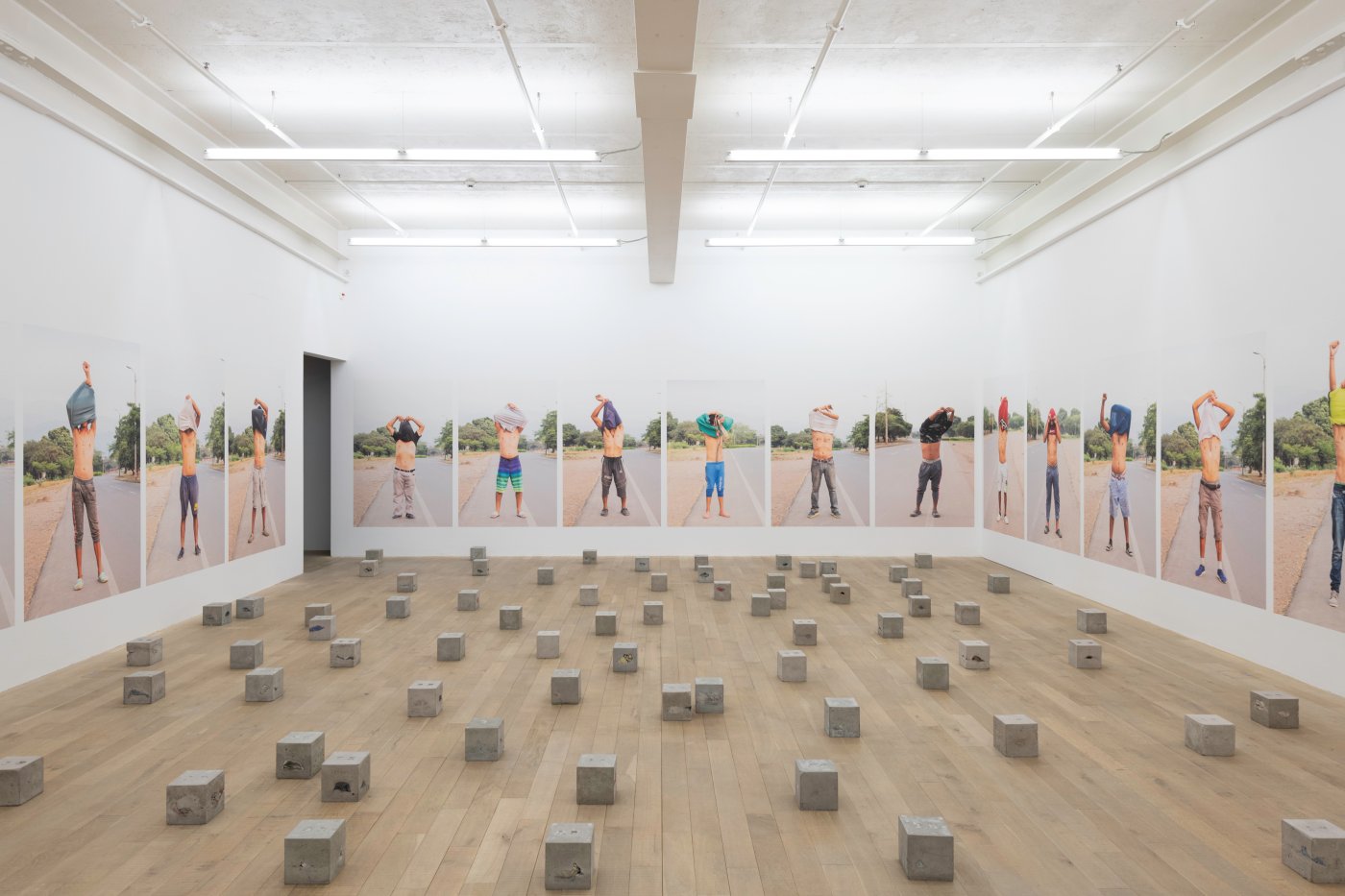 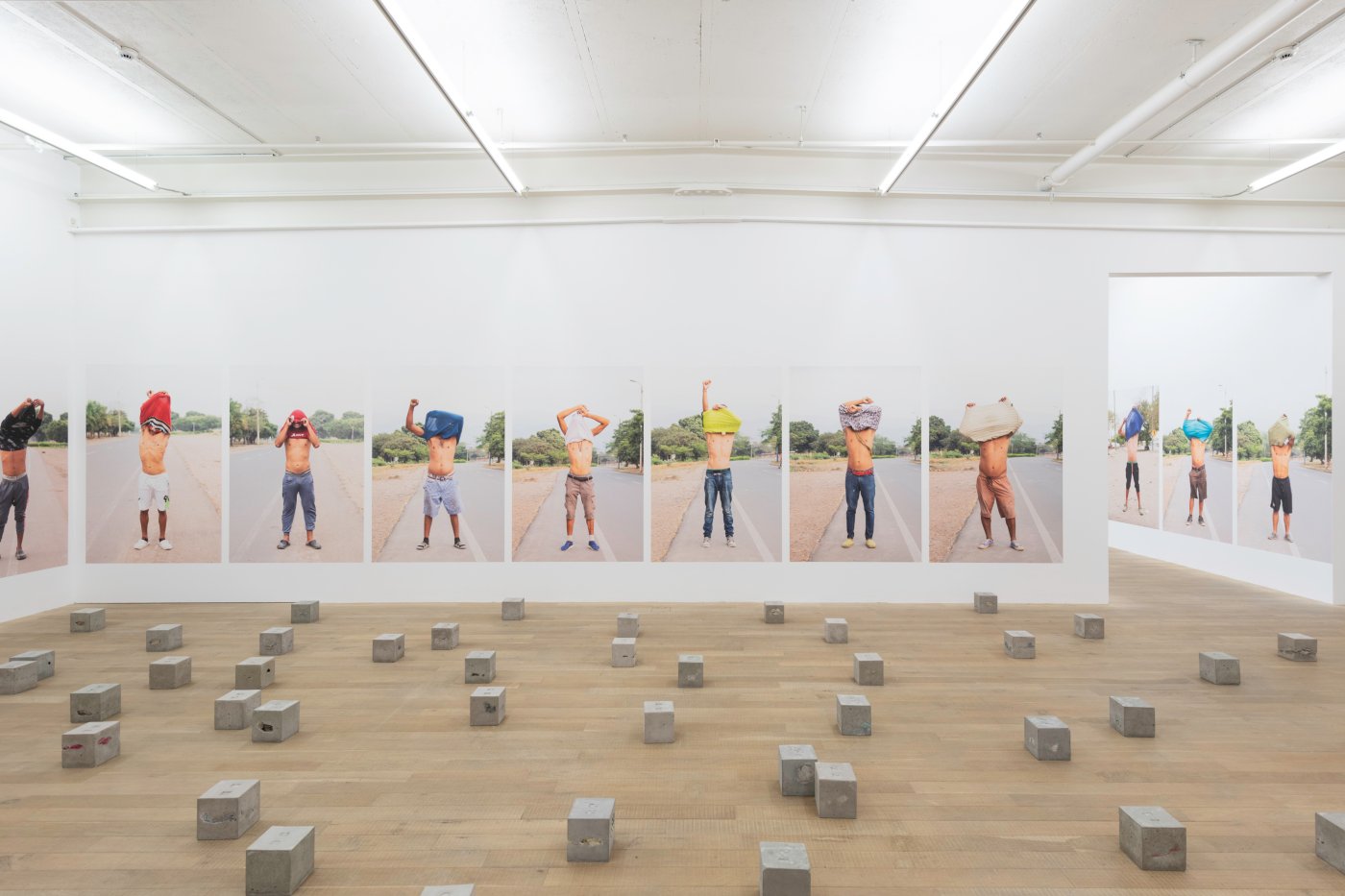 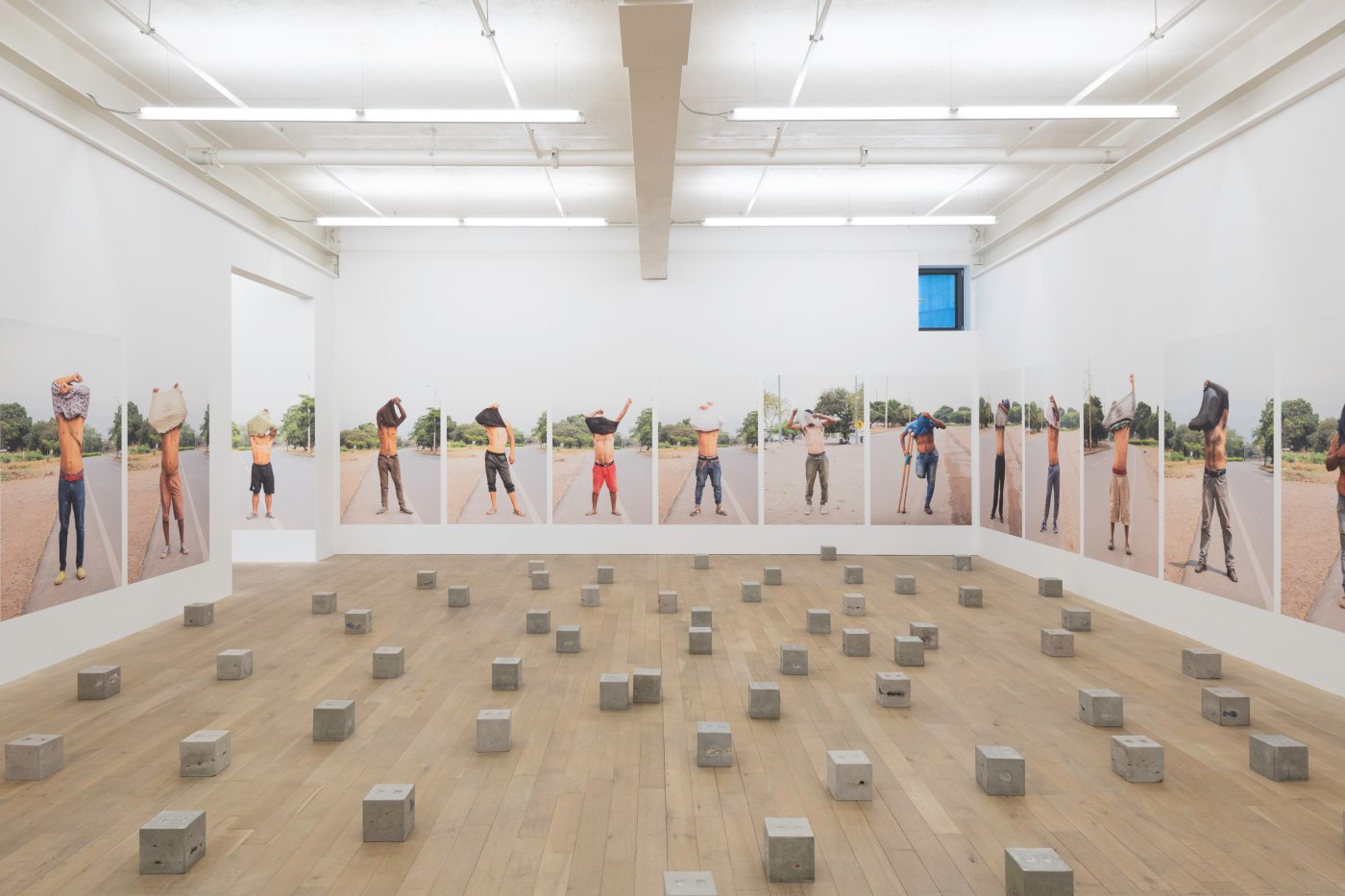 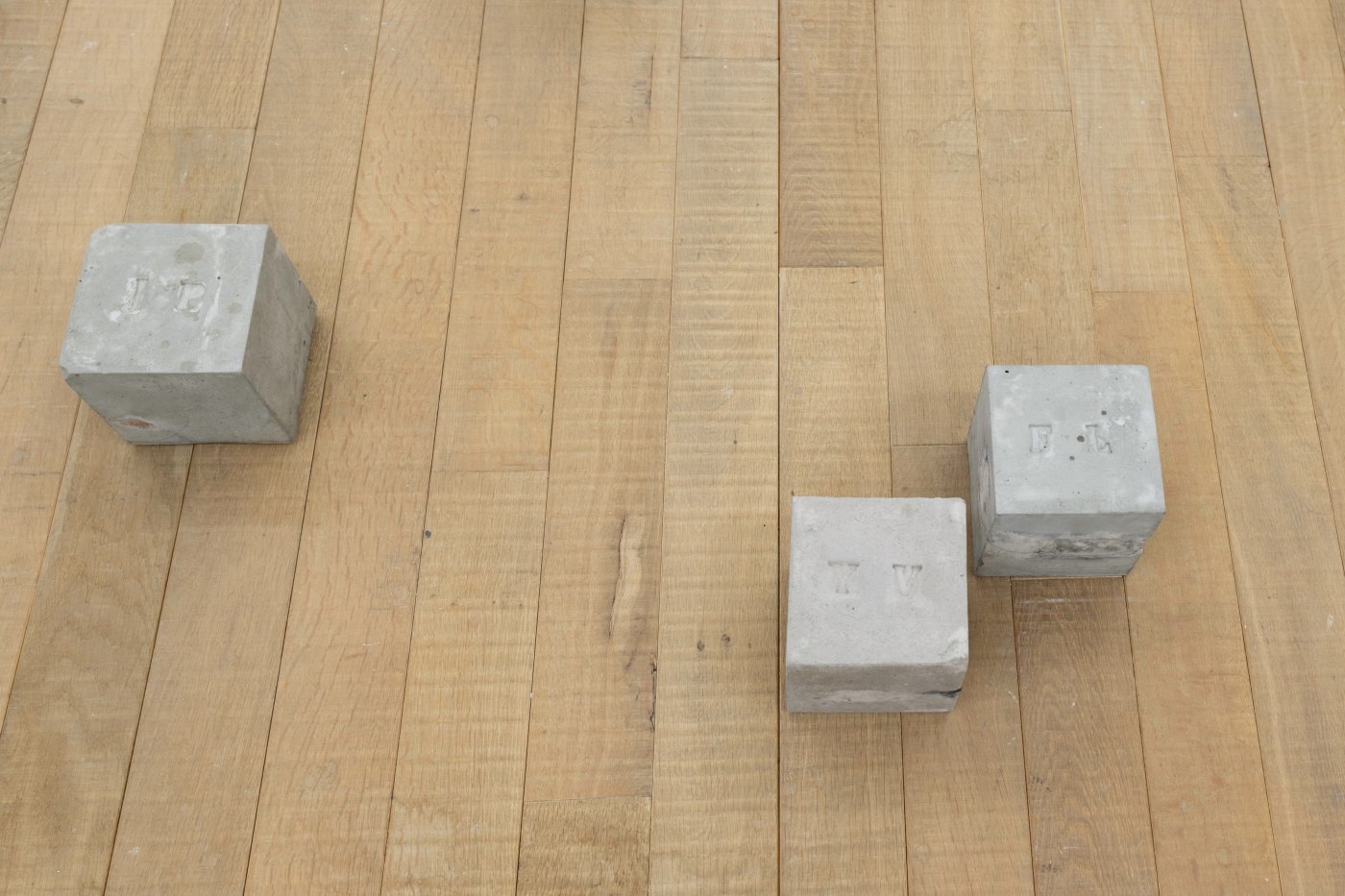 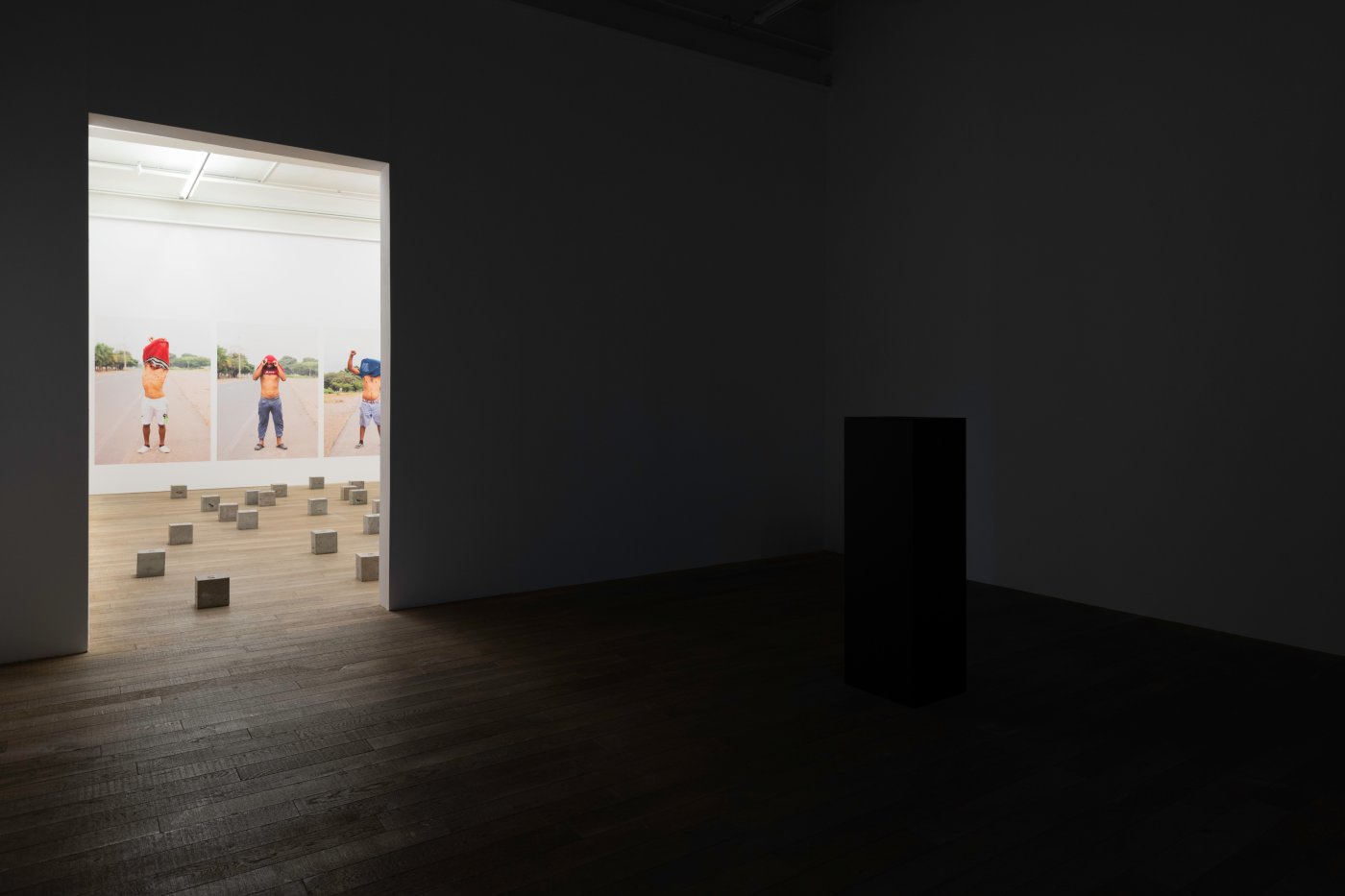 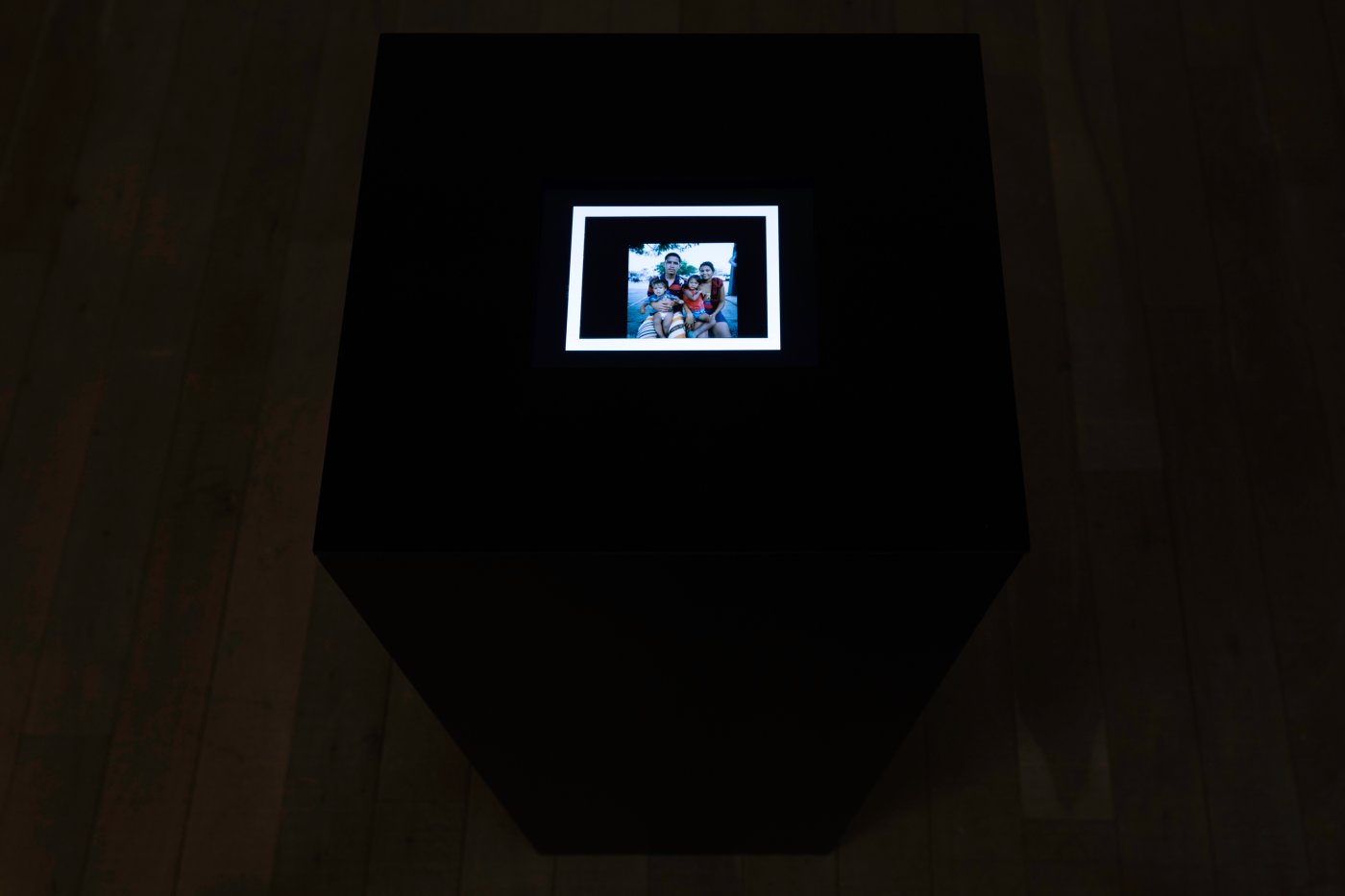 Based on her research in the border region between San Antonio de Táchira, Venezuela, and San José de Cúcuta, Colombia, where the artist had repeatedly resided between 2017 and 2019, Margolles unfolds a profound narrative that explores the sites and consequences of forced migration. Central themes from her body of work, such as violence, poverty and discrimination, are traced back to fundamental origins – using a local conflict that can stand representative of global tensions with migration and our current world events. On display is an expansive installation with objects and photographic works, a monumental wall installation, a video work and an image projection.

More than 6 million people have left Venezuela since 2013 to date to find refuge in neighbouring countries and other regions of the world, according to a UN study. About a third of Venezuelan refugees settle in Colombia, while few cross the official Simón Bolívar border bridge on their journey. Those who cannot pay the fees and cannot present the appropriate permit choose the alternative route, along the illegal escape routes, the so-called “trochas”. These are considered a dangerous place, characterised by a cycle of illegal activities and increasing misery. Once in Cúcuta, it is almost impossible to find employment, and both men and women take on heavy manual labour to provide themselves with basic goods such as food and medicine. Since 2017, Margolles has developed a series of projects with local Venezuelan community members in the area around Cúcuta and in La Parada – the border sector at the end of the Simón Bolívar Bridge – in order to strengthen the cohesion and the participants’ own sense of identity.

The titular installation Estorbo is part of a larger project for which the artist involved a total of over 180 young Venezuelan men who work on the Simón Bolívar Bridge as “carretilleros” (load carriers). The Spanish term estorbo stands for the idea of “obstacle” or “disturbance”. A randomly distributed area of 90 grey cement cubes (each 15 x 15 x 15 cm) stretches across the exhibition space, challenging the visitor’s special attention as they enter. On closer inspection, each cube shows the imprint of different initials on its surface, while in various spots a piece of fabric is visible beneath the porous surface. The objects are the result of a performative act that Margolles developed from a temporally displaced combination of dialogue and interaction. The participating Venezuelans told the artist their respective stories on site and then, as a symbol of their physical labour, gave her the t-shirt covered with the sweat from their activity. In a performance at the Museo de Arte Moderno de Bogotá in Colombia in 2019, the t-shirts were cast into concrete blocks, and the initials of the participants were engraved into each cube. Each block is accompanied by a life-size portrait of each Venezuelan, a selection of which cover the surrounding walls of the exhibition space. The concept of the cubes is reminiscent of Gunter Demnig’s Stolpersteine (stumbling stones) and in a similar way gives a face and identity to the many unknown souls.

In a parallel action, the artist invited several young mothers from the area of La Parada, to participate together with their young children in a series of workshops led by Sonia Ballesteros. This action resulted in the photograph Mujeres Venezolanas en la frontera con Colombia (Venezuelan Women at the Frontier with Colombia), which can be seen as a monumental poster on the wall of the exhibition space. The precarious reality of poverty, unemployment and discrimination is a particular challenge for the young women. Many of them choose to work as goods carriers, like the men. For young mothers, however, this is not an option, as they are faced with the task of providing refuge and security for the child at the same time. The focus of the workshops was the bond and togetherness among the young women, which can ultimately generate power, pride and strength. Through the vibrant energy of the group portrait, Margolles weaves a delicate web of relationships that is not limited to the participants but includes the viewer.

The installation Album de Familia (Family Album), in the last room of the exhibition, develops the dynamic of a photographic diary. Taken on the Simón Bolívar Bridge, it captures a moment of collective memory when thousands of Venezuelans cross the border. Each image is a testimony of time, charged with the fears, doubt and hope that each person carries with them when they turn their back on their own country. Margolles describes the work and her impressions on site as follows:

I took two photographs of that moment; the first I gave to the migrants and the other I kept. I gave them the photographs to remind them of the exact moment at which they crossed the border. Many of them told me that they would keep it to look back at themselves when they were back in their country. However, they were scared to be photographed. (Cat. MAMBO, Bogotá, 2019, p. 103)

With her careful approach and subtle visual language, Margolles thoughtfully brings the humanitarian crisis on the border between Venezuela and Colombia into the focus of global attention. She creates an understanding of the complex reality of this geopolitical border region, which, removed from its cultural and local circumstance, occupies a highly relevant position in our wider global context.