David Richard Gallery presents a solo exhibition for New York- based artist Thornton Willis, his first exhibition with the gallery and in depth survey of his paintings spanning six decades. 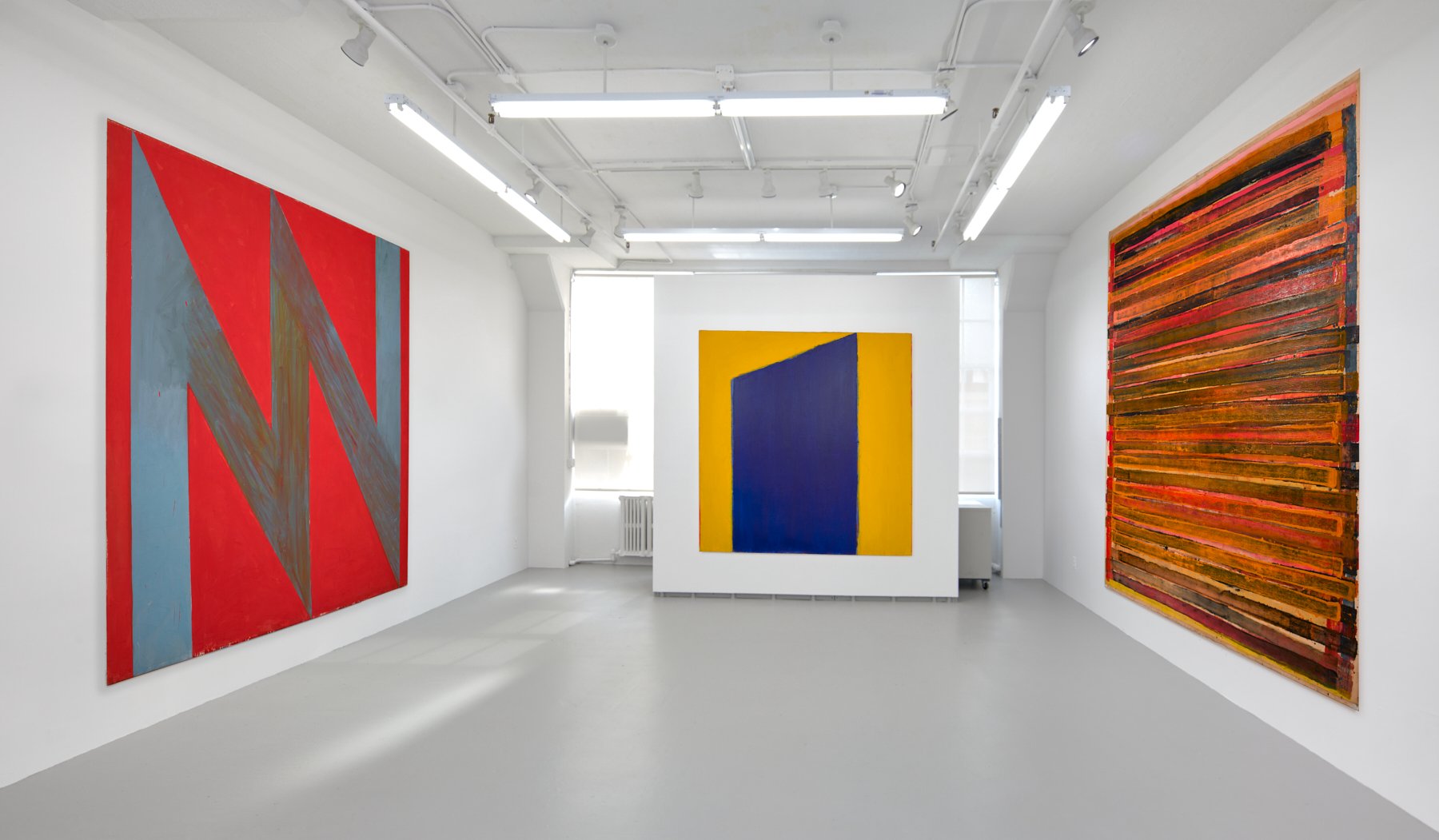 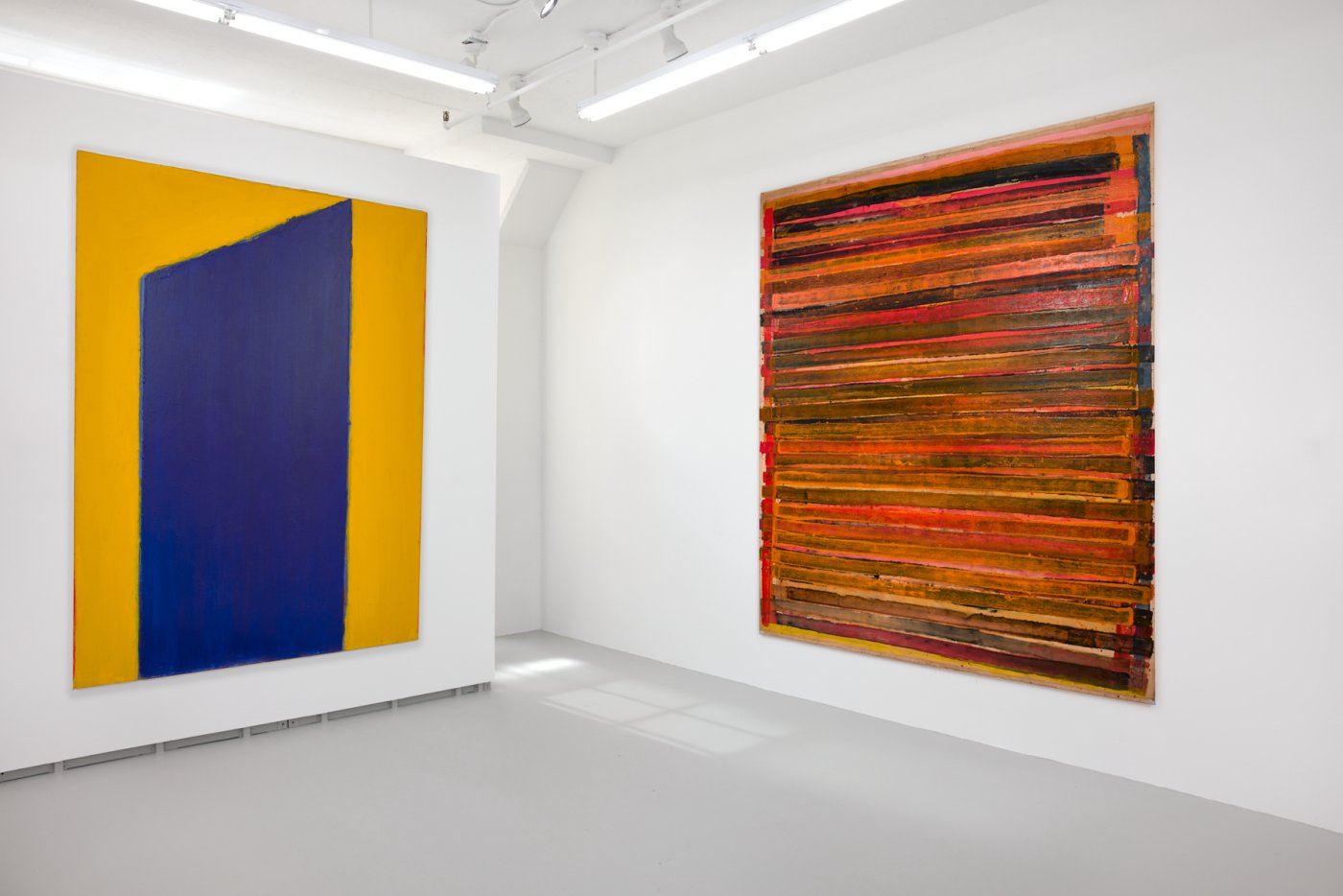 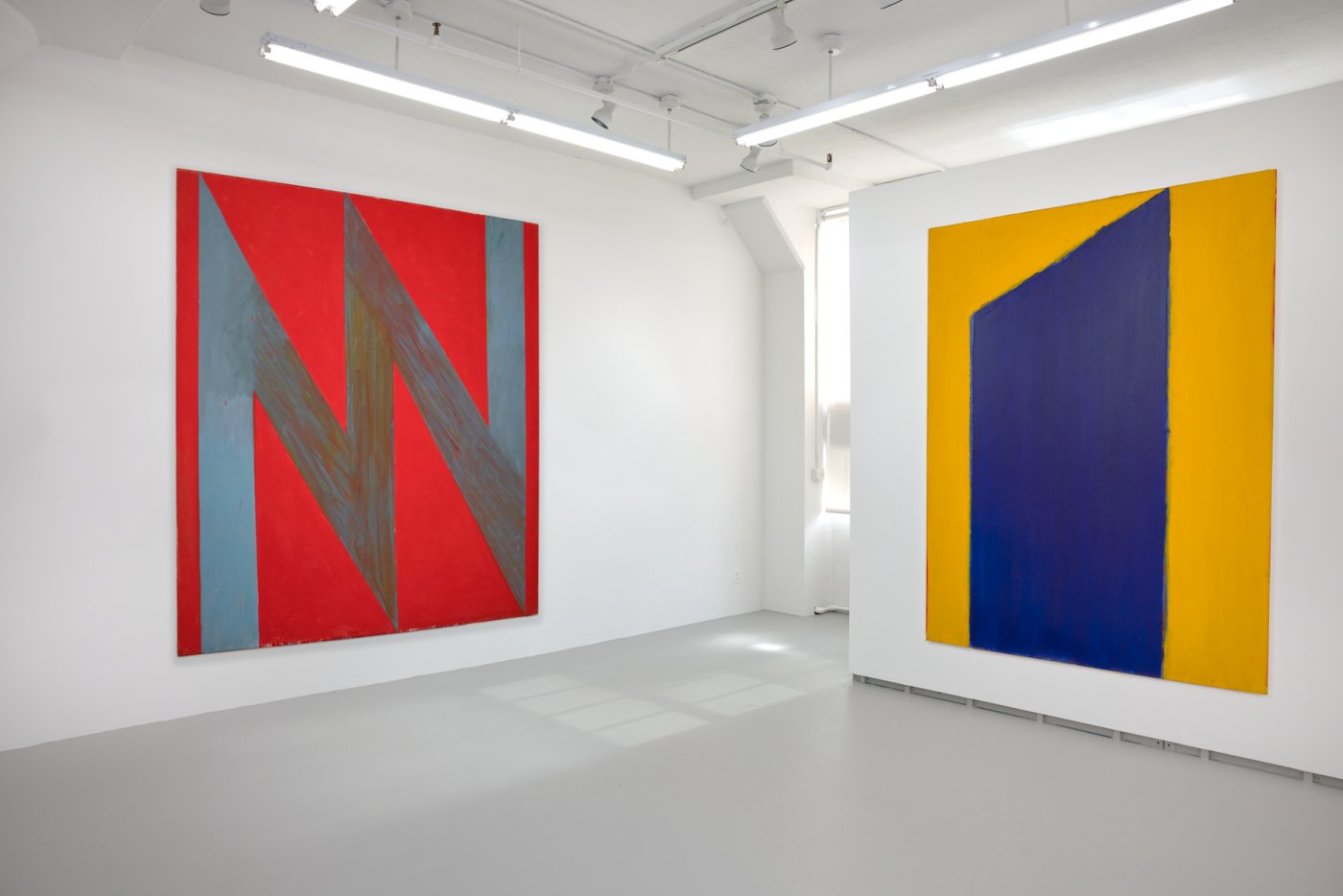 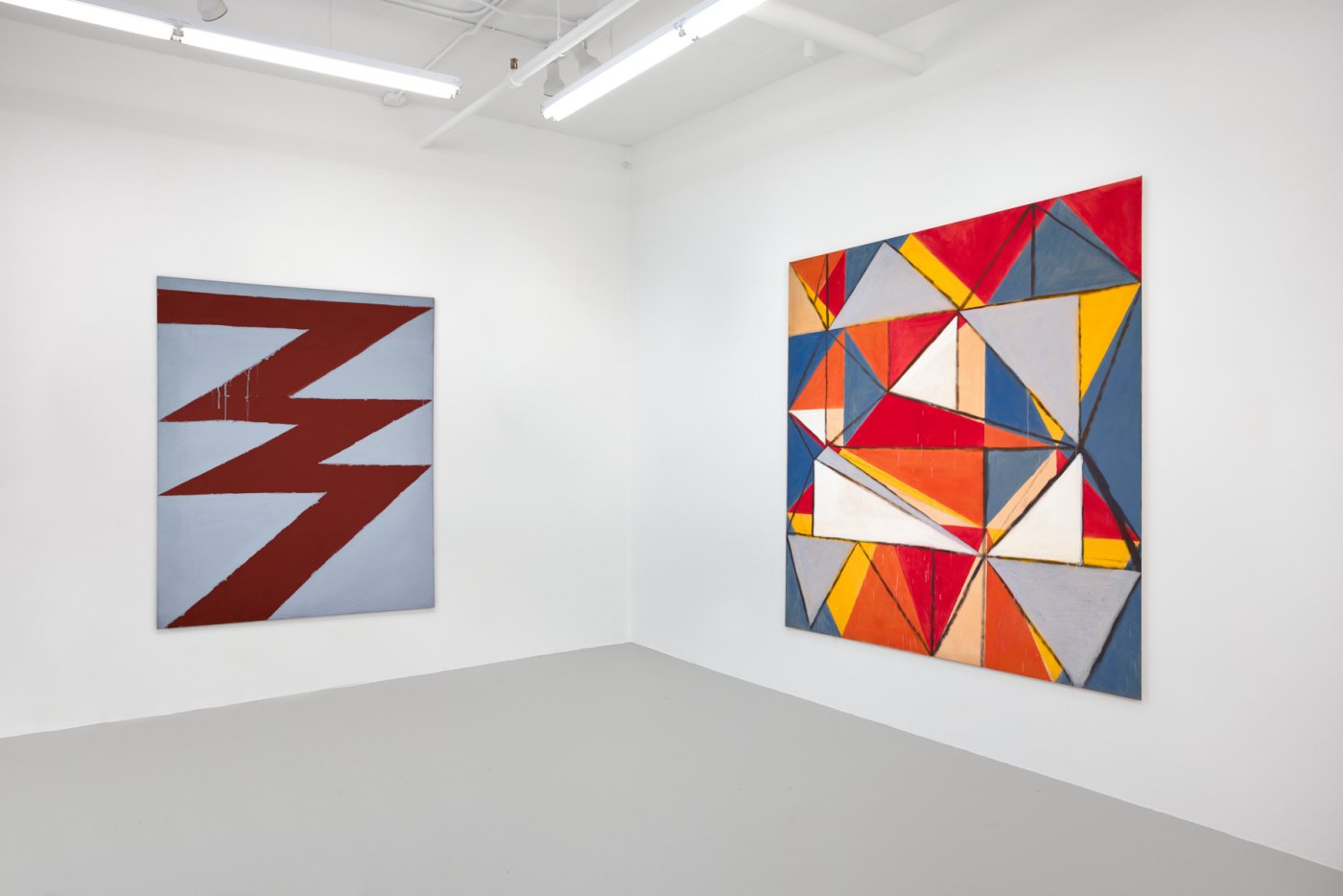 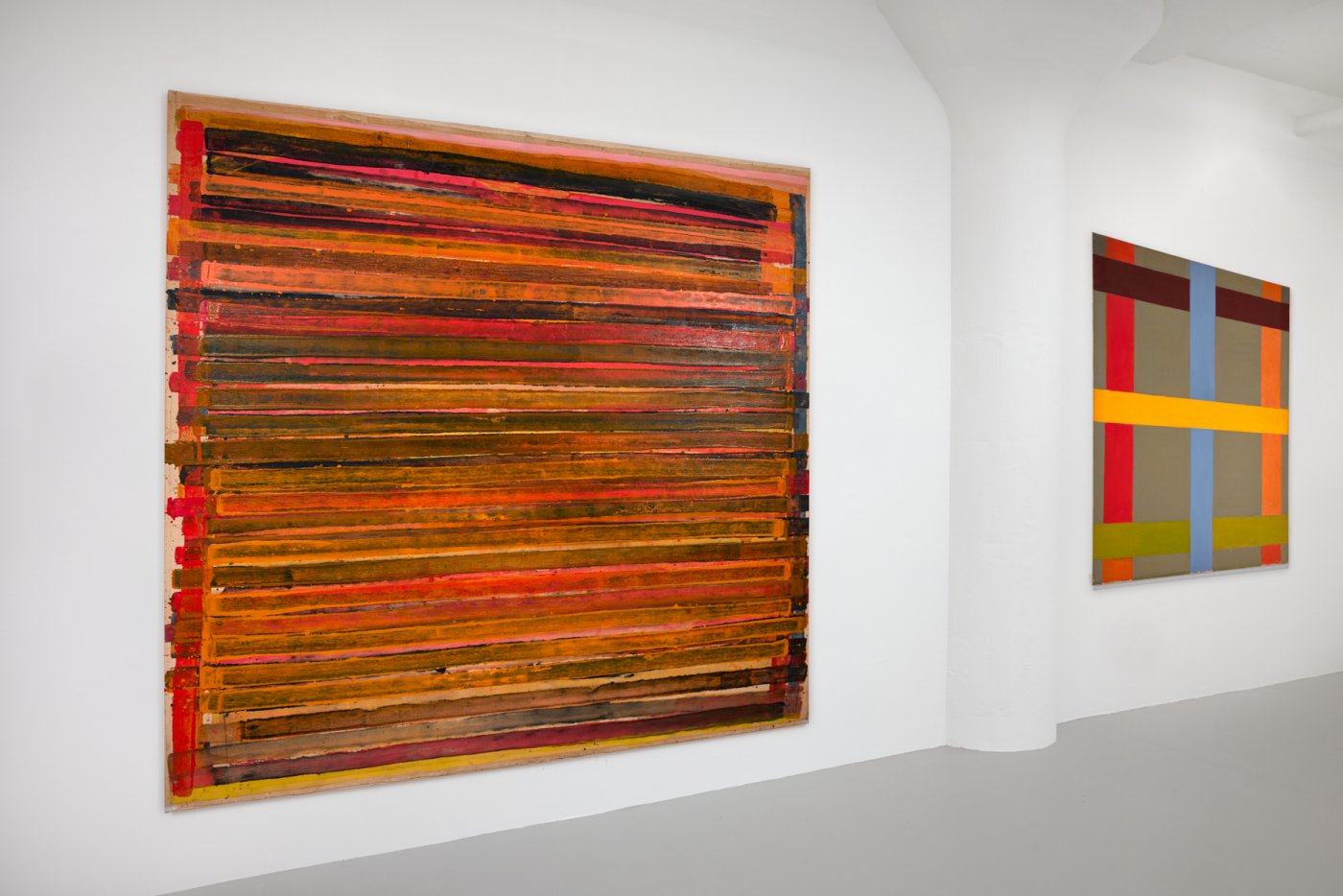 The presentation includes geometric and color abstractions created by Willis in New York from 1967 through 2017 with a focus on iconic examples from each of his important aesthetic series: Slats, Wedges, Zig-Zags, Triangles, Prismatics, Lattices, Cityscapes, and Steps. While mid-sized and smaller artworks are available by Willis, the focus is on the large-scale paintings, of which many have not been presented in decades.

This is a rare opportunity to see such a vast and inclusive presentation of Willis’s artworks organized aesthetically and chronologically. Also, this is a scholarly opportunity to fully experience the progression and consistency in Willis’s intuitive and organic approach to using color and geometry as his visual language throughout the decades. Each painting and series reveal his passion: celebrating the act of painting, the artist’s hand, and mark making, all of which, along with his process, is fully exposed including the initial pencil marks and each addition and edit along the way. Willis’s paintings reflect himself, specifically his honesty and authenticity, both as an artist and human being. Willis is true to himself, traveling his own path and trusting his instincts. Maybe he makes a few mistakes along the way, but not apologetic as he corrects and pushes forward, delivering the goods every day.

Simultaneously, Thornton Willis will also have another major survey of his artworks spanning his career and curated from his paintings in the permanent collection of the Sarah Moody Gallery of Art at the University of Alabama in Tuscaloosa, AL 35487-0270. That presentation will also include a collection of drawings on loan to the museum from Thornton Willis. The presentation will be on view from March 31 to May 19, 2022.

“ The best painting is always “open-ended”. Paintings that aim for resolution lack a dynamic. Open-ended work asks questions, and partners with the viewer to bring the experience to closure. Or it might excite another painter to respond, either for or against. This requires a deep understanding of the nature of ambiguity as a reflection of life and what imparts to all art its energy. This is what I aim for in my work.”

Thornton Willis was born in Pensacola, Florida on May 25, 1936. His father, a founding minister in the Church of Christ, envisioned that his son would follow in his footsteps. Instead, Thornton decided, after the Marine Corps, to go to Auburn University and pursue a degree in architecture. It was at Auburn that Thornton became convinced that his true calling lay in the realm of pictorial image making. He transferred to and graduated in 1962 from the University of Southern Mississippi. In l966, he completed his Masters work at the University of Alabama in Tuscaloosa. There he found a mentor in expatriate New York School painter, Mel Price who was a close friend of painters Franz Kline and Willem deKooning. Price encouraged Thornton to pursue his career in New York City. They both were involved in the Civil Rights Movement and participated in the Selma to Montgomery March in l965.

Thornton moved to New York in 1967 and taught at Wagner College in Staten Island. Tom Young, then Chairman of the Department of Fine Art (and later at Louisiana State University in New Orleans) became a lifelong friend and ally. Thornton began showing his work with the Henri Gallery in Washington, D.C. (the first gallery to show abstract art in that city) and later with the Bykert Gallery, The Paley and Lowe Gallery in New York, and Simmone Stern Gallery in New Orleans. In the l980’s Willis was represented in the US by the Oscarsson Hood Gallery and in Europe by Claus Nordenhake, in Sweden. The Elizabeth Harris Gallery in New York began representing him in 2001.

Thornton Willis is the recipient of the John Simon Guggenheim Fellowship in Painting, The Pollock Krasner Award, The Gottlieb Award as well the National Endowment for the Arts. He has participated in gallery and museum exhibitions around the world. His artworks are represented in the permanent collection of The Museum of Modern Art, New York, The Whitney Museum of American Art, New York, the Solomon R. Guggenheim Museum, New York, and most major public and private collections.

Thornton Willis has gone on record in various articles, interviews, and documentaries over the years that his work derives much of its strength from the work of the New York School of Abstract Expressionists. Twelve generations of American pioneers, farmers, and evangelists have also informed the work with a stark integrity, directness and singular pragmatic moral urgency.