Thu Van Tran: Beyond the need for consolation

Thu Van Tran: Beyond the need for consolation 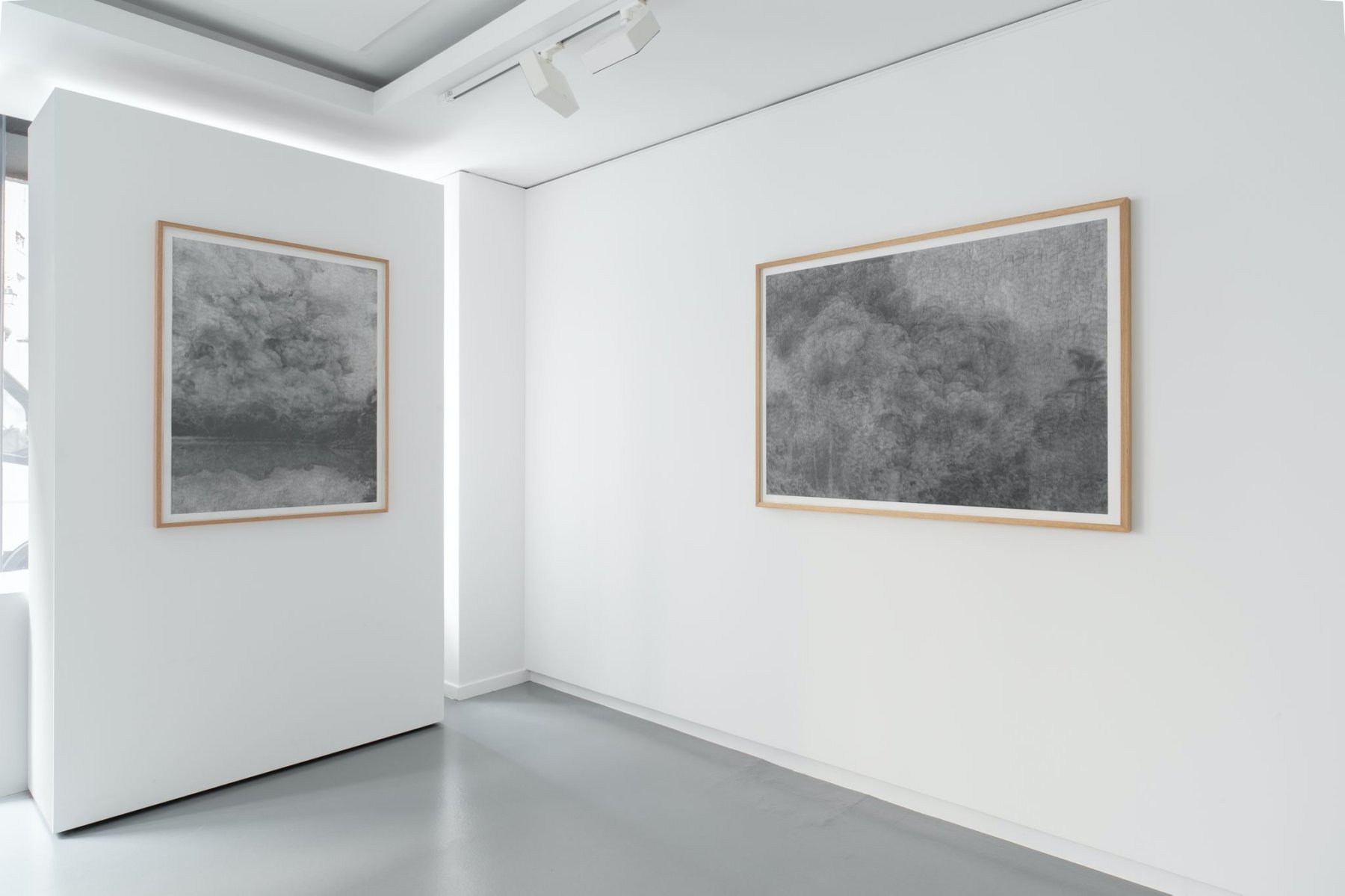 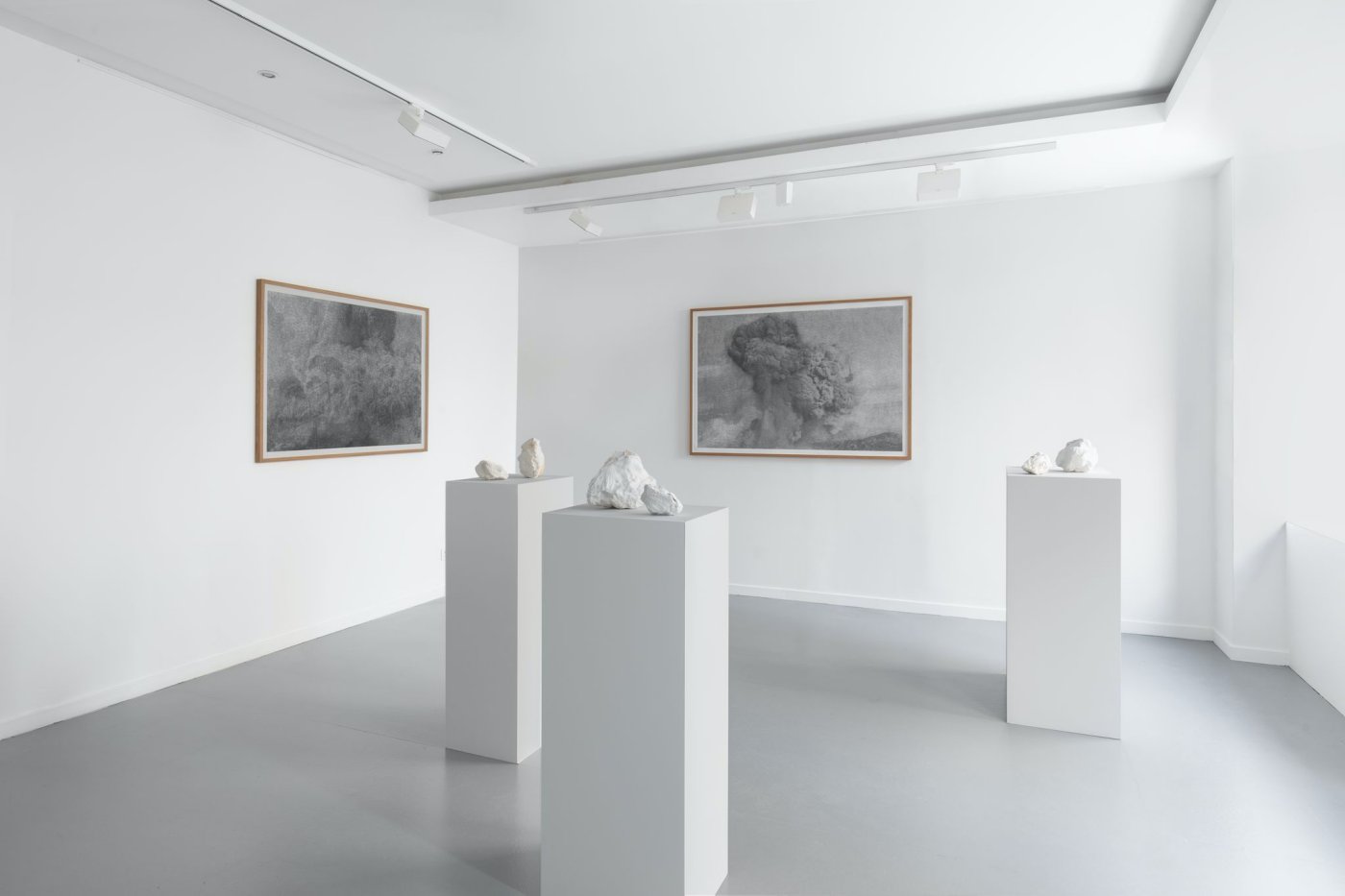 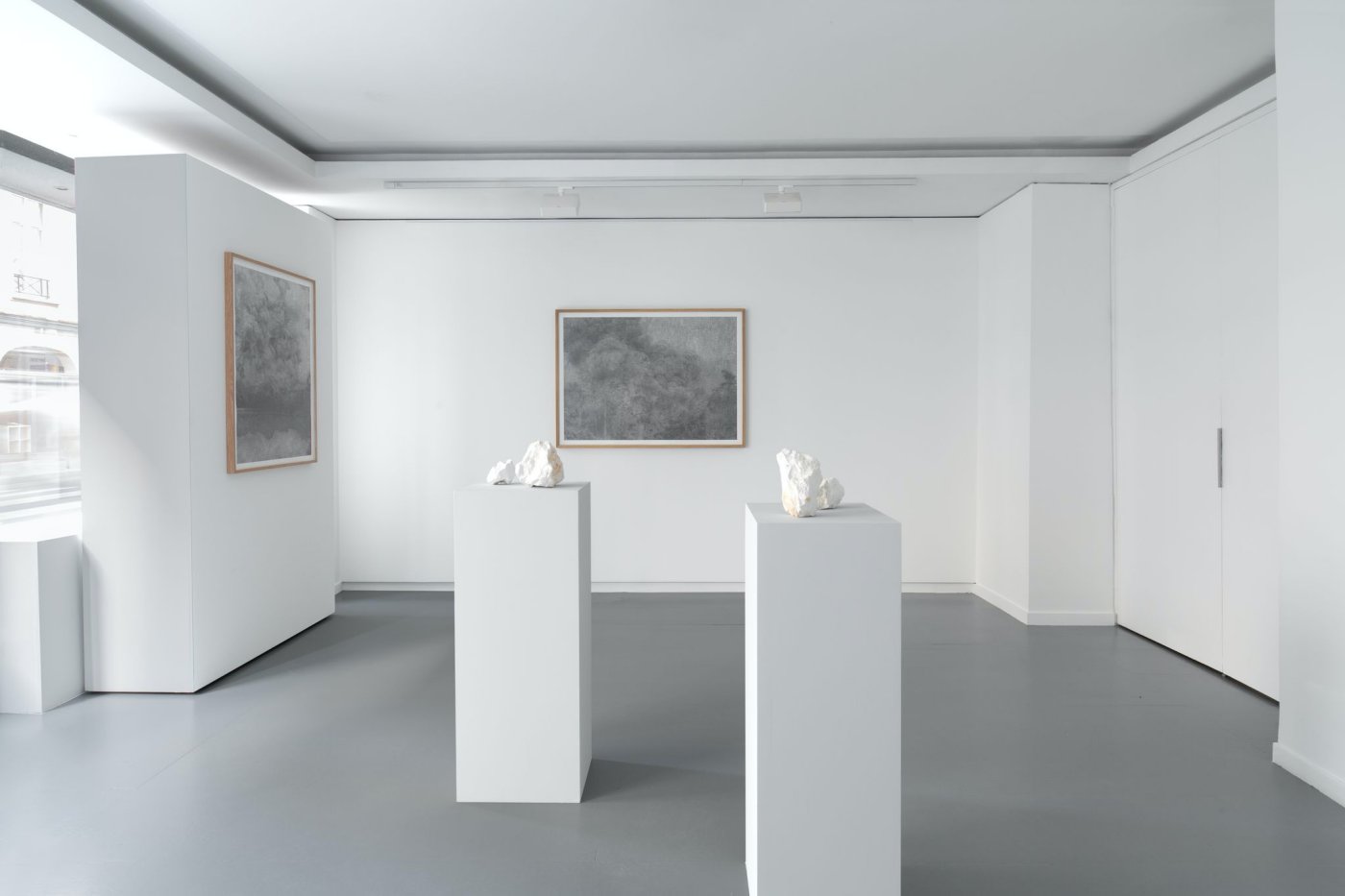 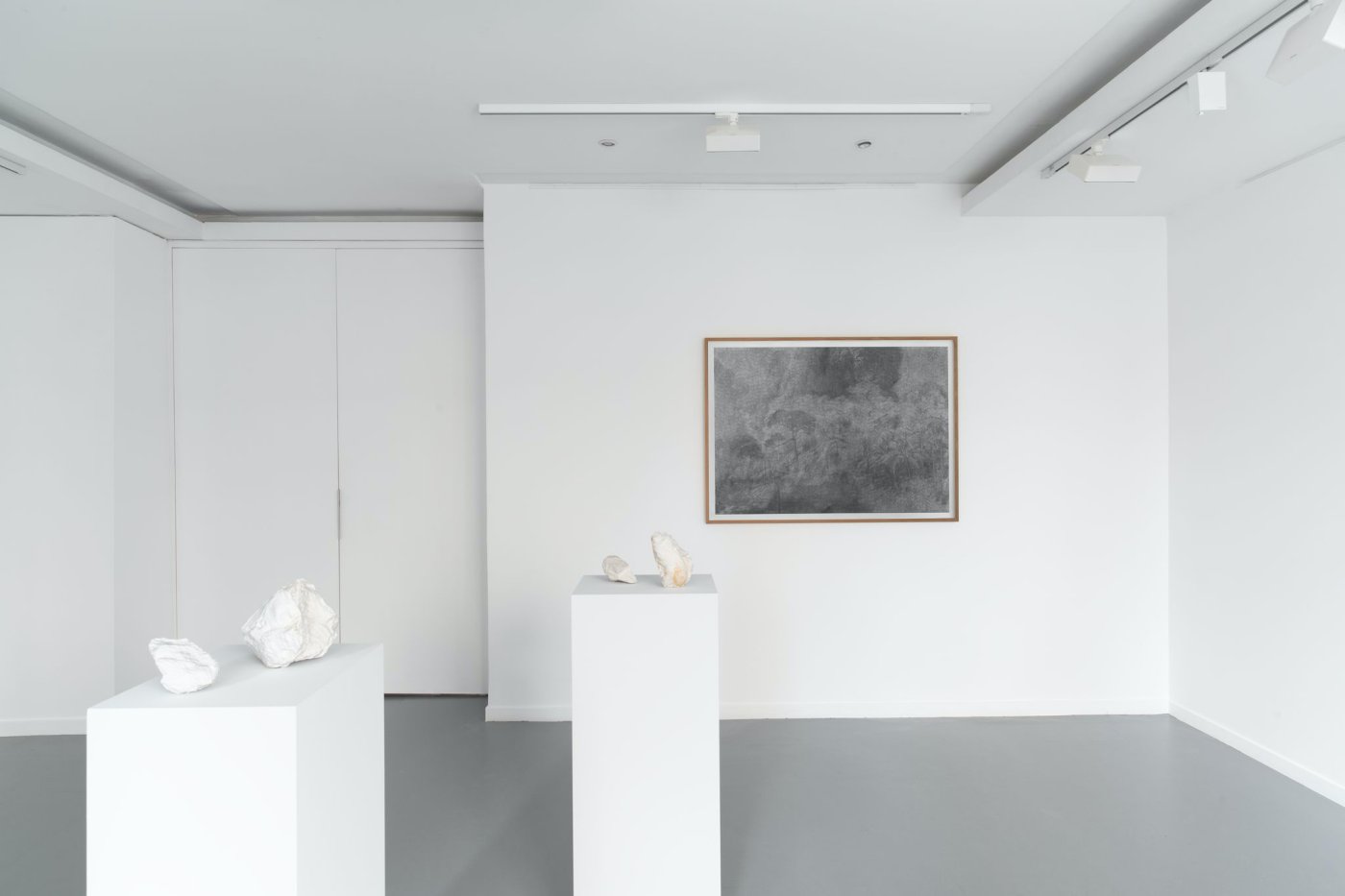 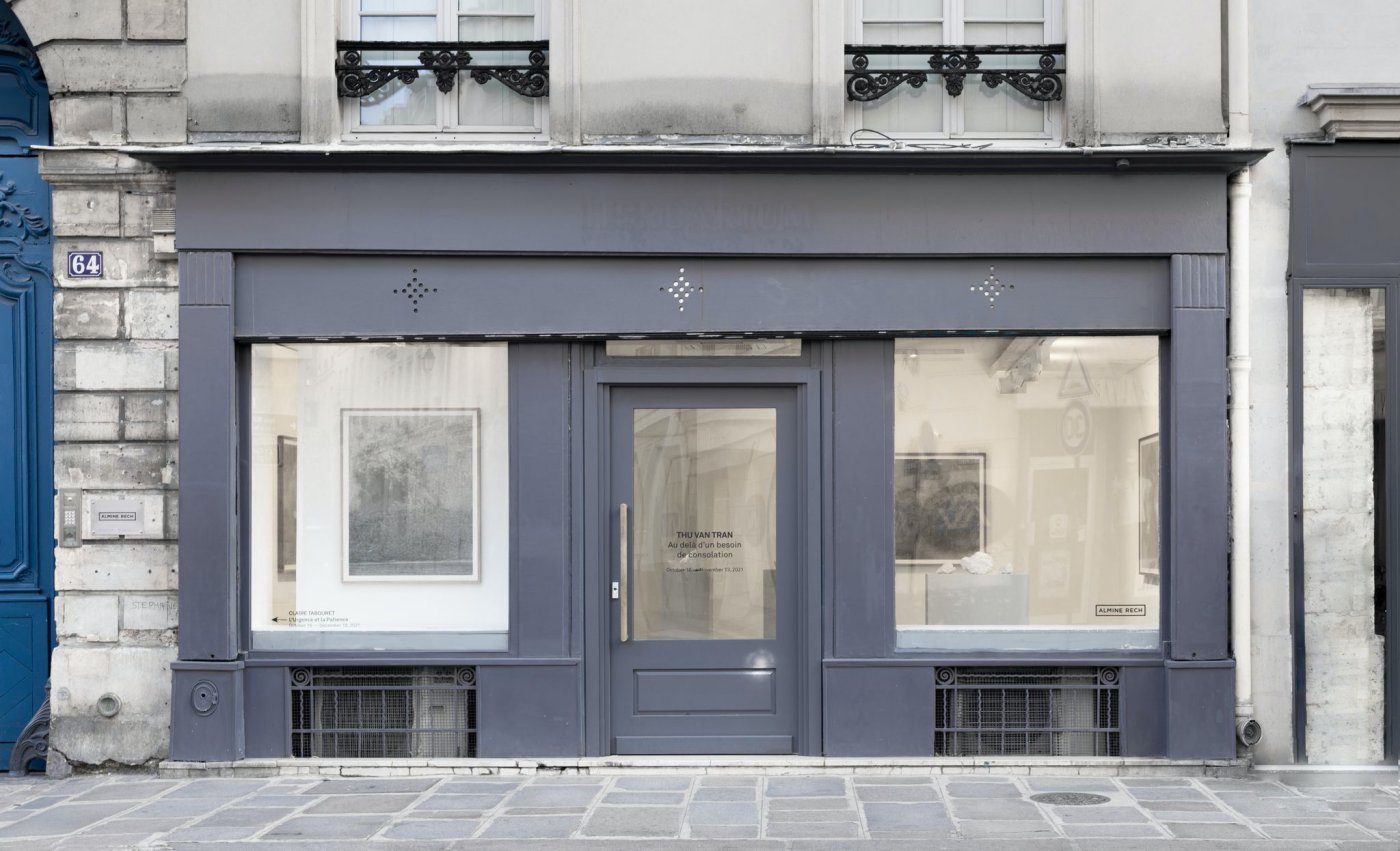 Thu Van Tran tells of how, overnight, one hundred black stones from the shores of Hanoi’s Lake of the Returned Sword turned into silver birds. And wings carved into fragments of rock are what can be seen in her installation The Sky Genius. Legend has it that the seventh Genie, who supports the heavens, chose to come to the aid of bereaved families and alleviate their pain by gifting them the brilliance of a full moon, with the promise of more peaceful sleep. Thu Van Tran’s porcelain sculptures embody this story by focusing on oft-ignored oral traditions. The artist thus pursues the theme that inspired her to interpret the turtle stelae in the Hanoi Temple of Literature (At a Tortoise’s Pace, 2019). The dreamlike element of these pieces, which one is led to believe are entirely mineral, is a double-edged sword. She chooses to depict a moment of transition between stone and bird, but one can only wonder if consolation will ever come, or last more than a single night. Thu Van Tran’s romanticism stems from her awareness of materials that are the stuff of historical or legendary tales. Her rapport with images involves fragments, details, traces. The devices the artist employs allow patchy narratives to meet, collide and perpetuate, leaving room for the viewer to wonder and better understand the place of heritage. In this tale, the intervention of the miraculous comes in a desperate situation – although consolation offered by the Genie through the incandescent glow of a full moon can only last for a fleeting moment. “Our need for consolation” as Stig Dagerman argued, “is insatiable”. The Swedish writer, who started exploring the meaning of life, death and suicide in the ruins of Hamburg at the end of World War II, doubted that art or philosophy could bring lasting consolation. And here, undeniably, faced with the pain of mourning, the writer and the artist come together. Thu Van Tran toys with notions of reminiscence: past tragedies and moments of grace certainly interfere with our present – do we have the ability to bring these memories to consciousness? Perhaps the notion of repair, or reparation, is more relevant to envision Thu Van Tran’s work. The artist’s references to the legal battle Tran To Nga launched against the agrochemical multinationals that produced Agent Orange, a defoliant used during the Vietnam War, is highly relevant today. When resuming her Trail Dust series of drawings in the spring of 2021, and covering the deathly clouds of US Vietnam War spraying with added hatching, she embarked on sedimentation of her images. Her work attempts to visually deconstruct an insidious language – the dust trail (1), and debunk, as in her Rainbow Herbicides series (2), the tactics of semantic colonization. Her added layers of graphite pencil express a form of cancellation through erasure: the density of shadow and light is more of an assertion in itself than a manner of revealing. This is the true purpose of the artist’s renewed visual gesture: replaying reminiscence, finding the tipping point between visible and vanishing. Returning to this series, at a time when we have not yet finished measuring the consequences of that military operation, is no innocent decision. (1) (2) Code names for herbicide spraying operations conducted by the US military in Vietnam in the late 1960s. – Henri Guette, writer and critic

Photo: Nicolas Brasseur. Courtesy of the Artist and Almine Rech