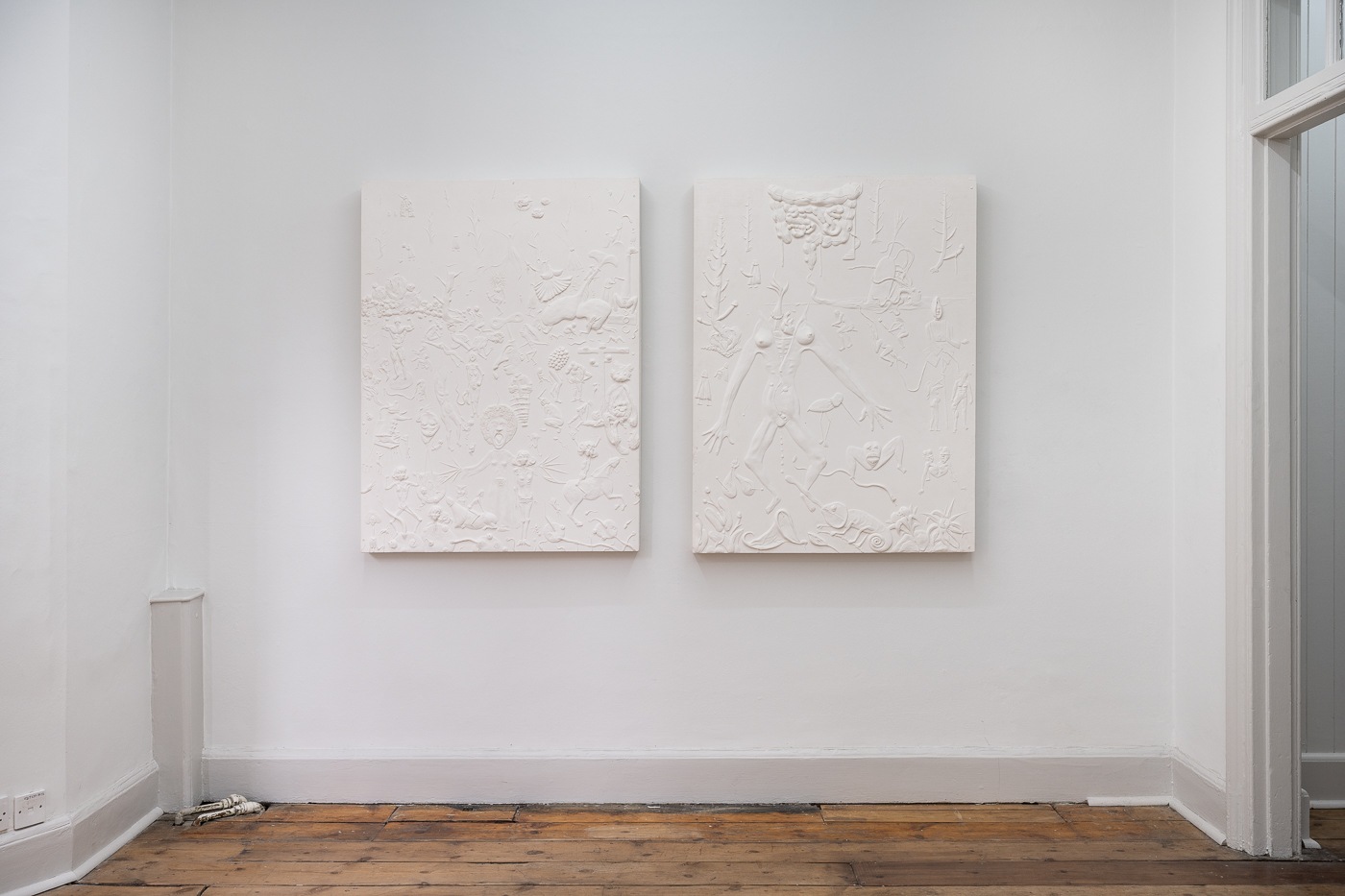 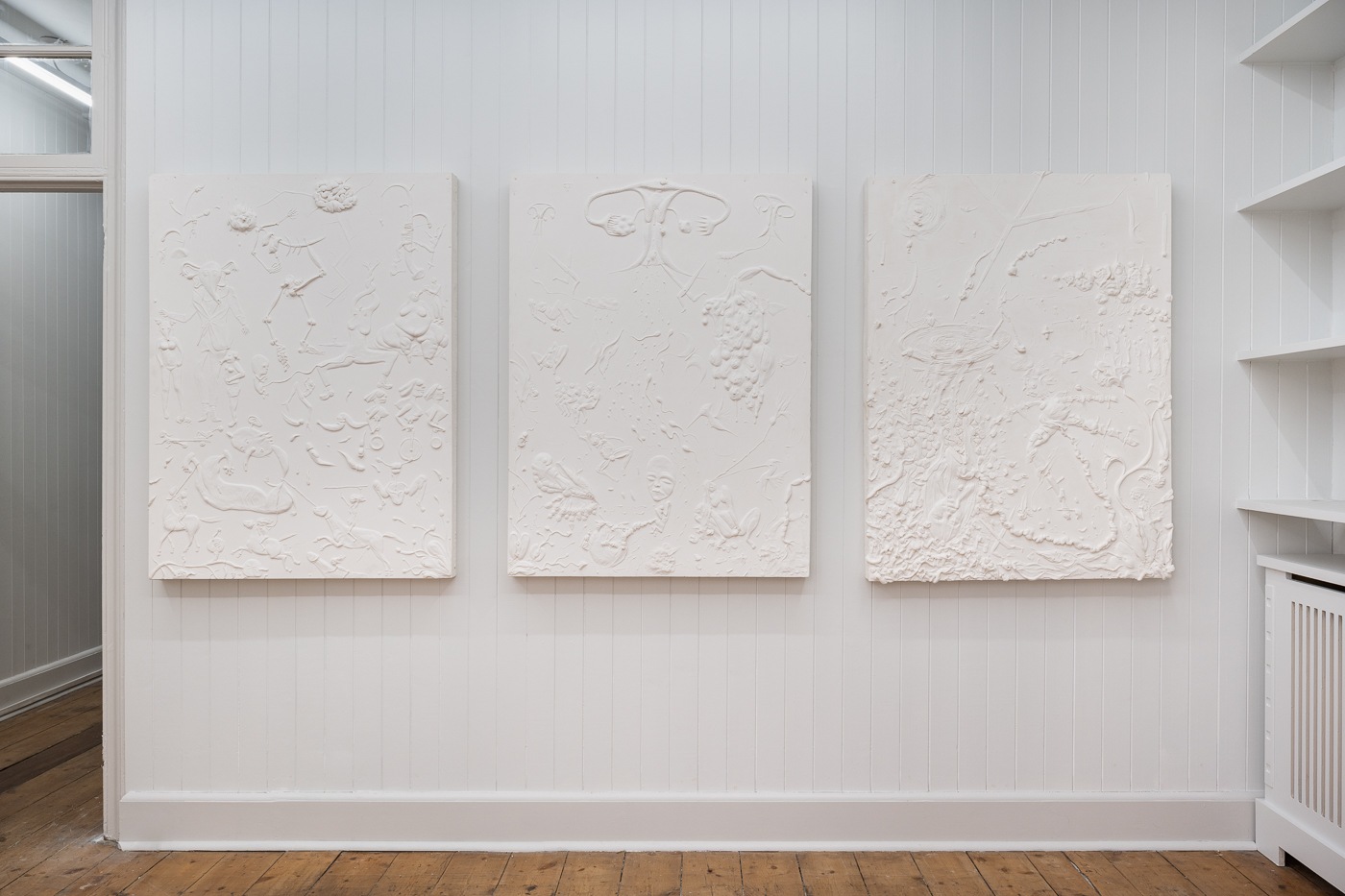 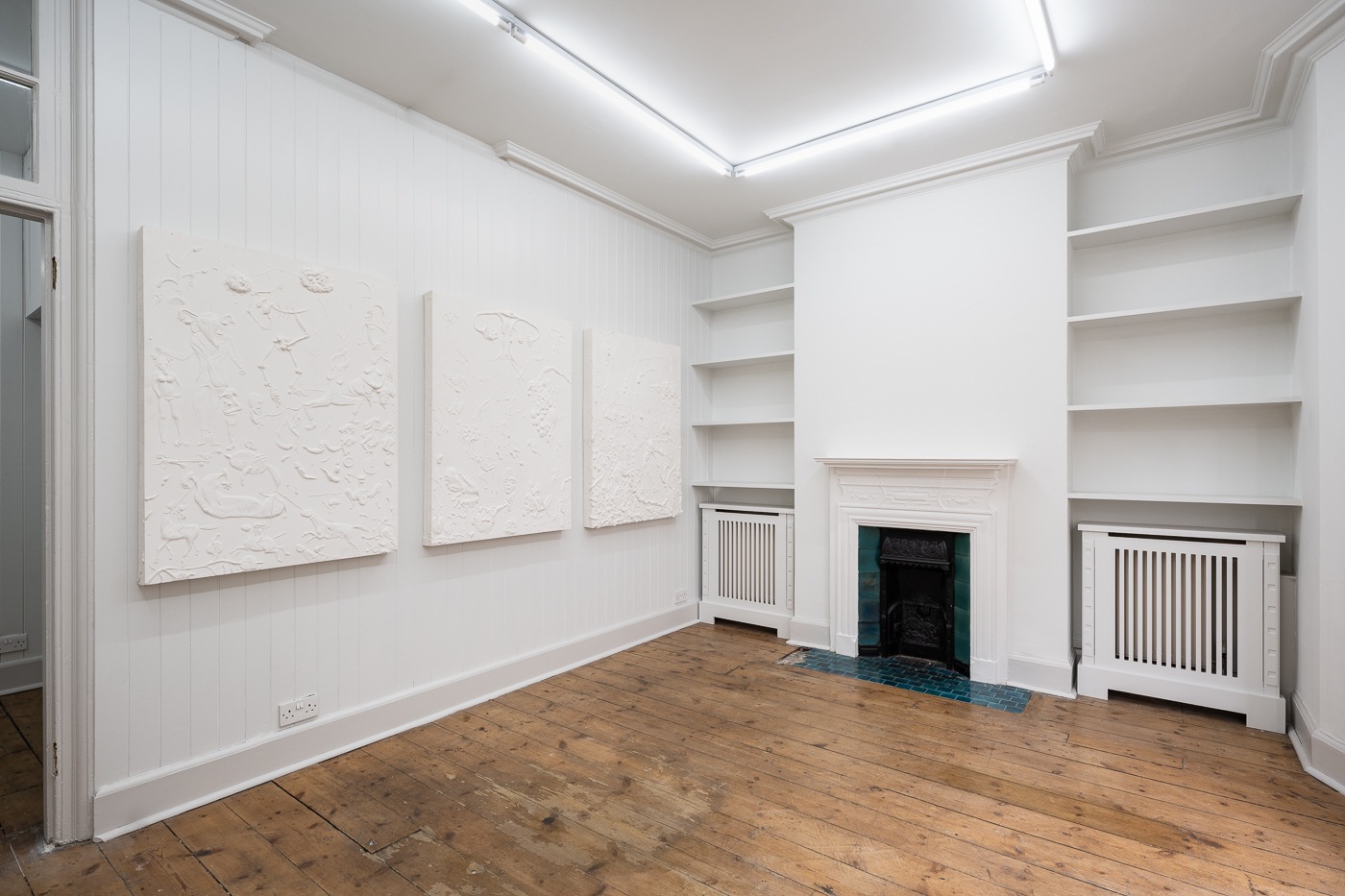 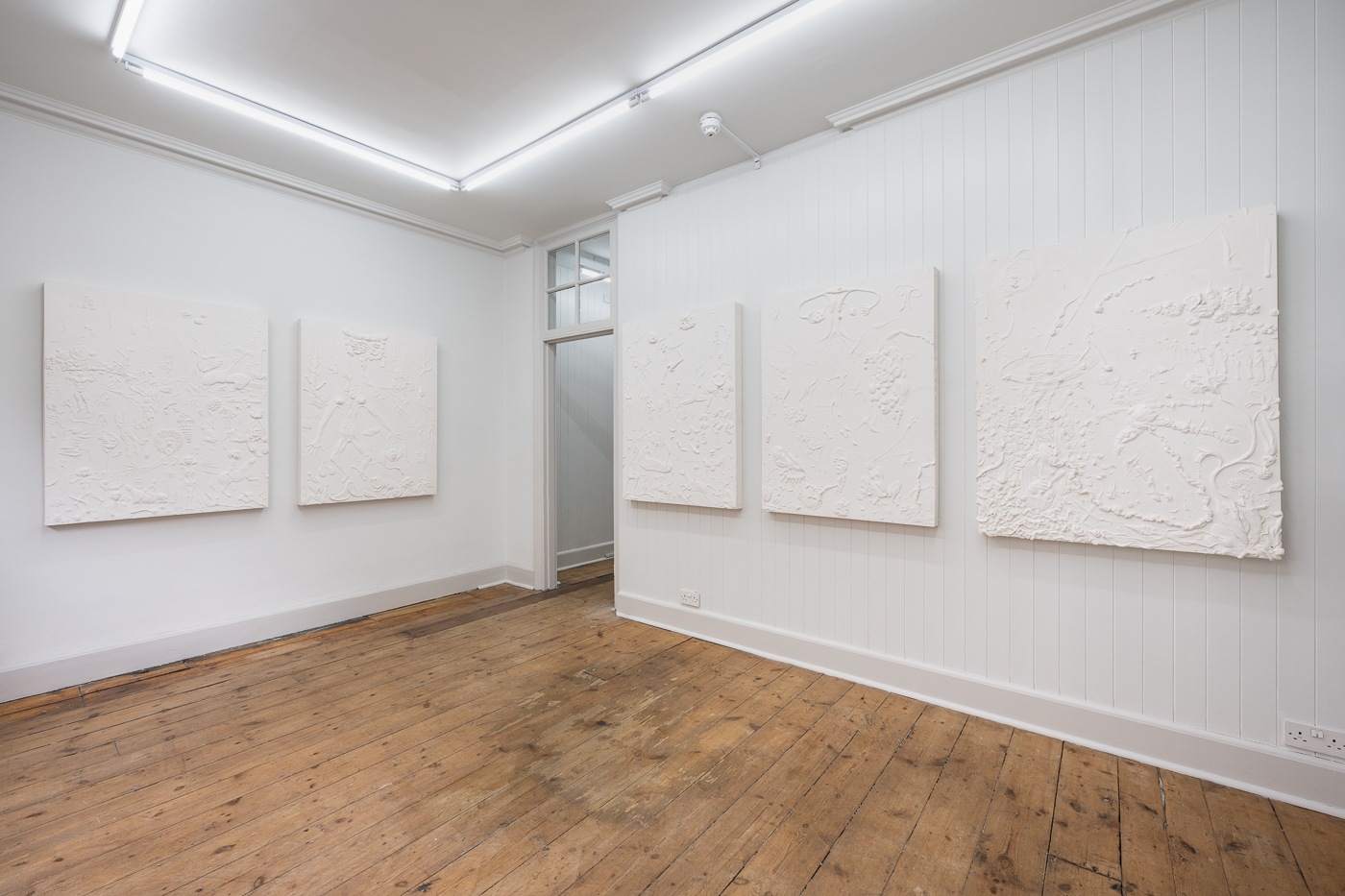 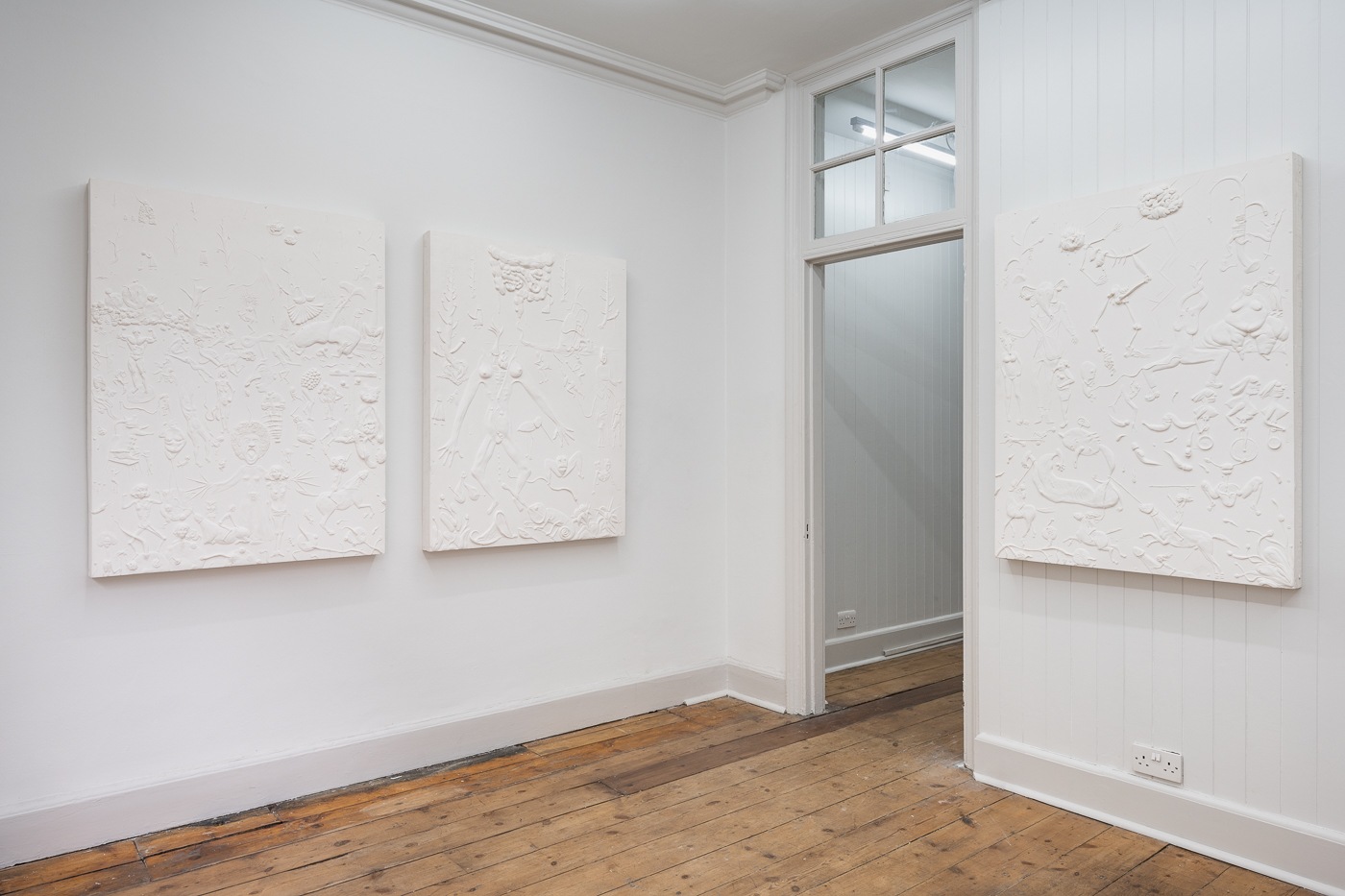 Tim Noble, previously of the British duo Noble & Webster, famous for their works where piles of found street junk cast meticulous shadows upon the gallery wall or employed carnival lights to spell out words like ‘Forever’. Tim Noble & Sue Webster’s work played with ideas of permanence, romance, and a youthful, energetic, dream of a punk inspired art.

Now for his first London exhibition as a solo artist, and his first show since becoming a father with his new partner, Noble has returned to an older form of image making, evoking churches and medieval structures with their technique and appropriately birth and fertility that are at the core of the imagery. Noble’s five white panels, each a cast of a clay original precisely carved over months at his home on the Kent coast, manage to be at once feverish, sexual and reproductive explosions of the imagination as well as appearing, at first sight, to be almost minimal in their monochrome state.

These are works that reveal their complexity, narratives and cross references over time, there are nods to Wedgewood, Bosch and Bruegel as well as his own life and the lives of those we glimpse on TV screens and online. Nobles world is unique but also recognizably our own.

This is Noble’s first exhibition as a solo artist.