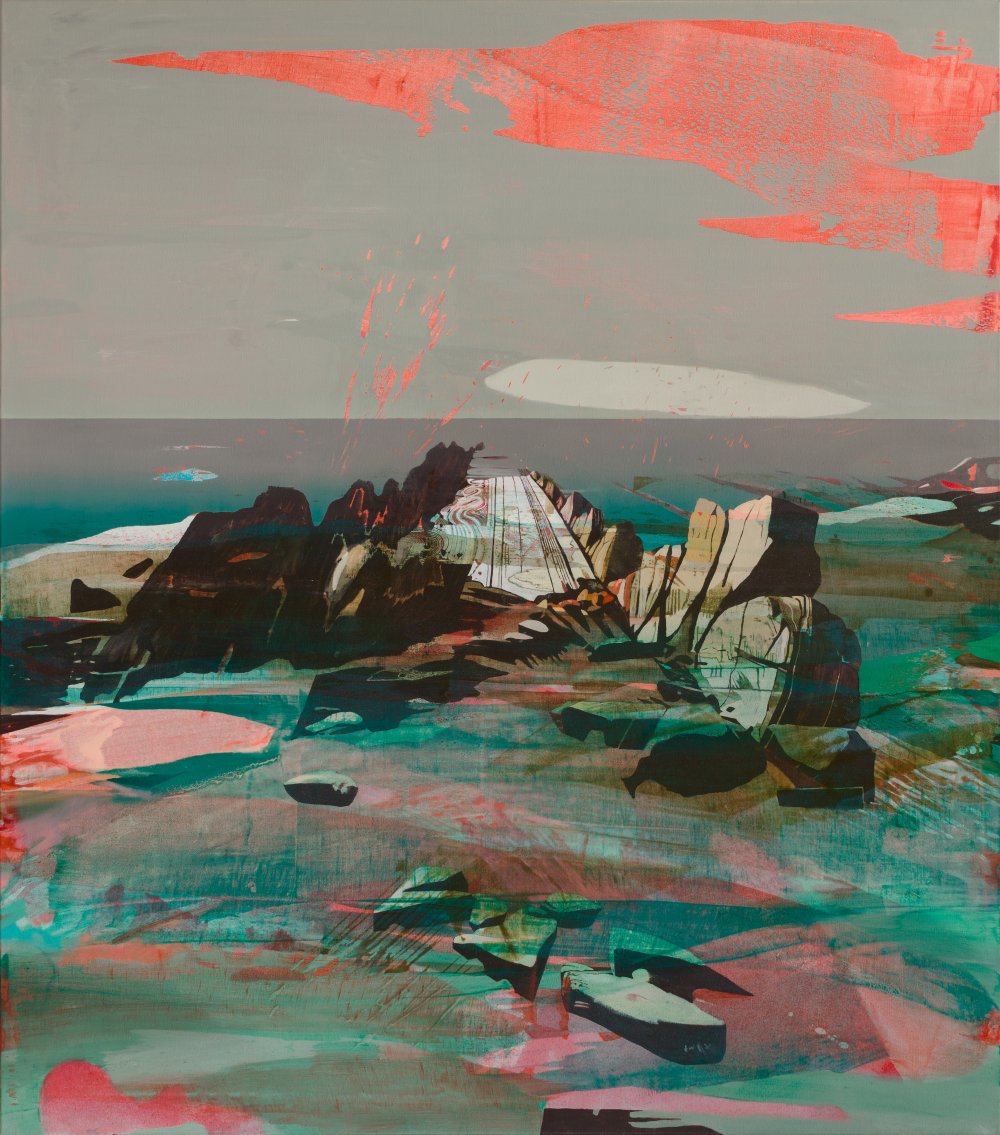 Veronica de Giovanelli
On the shore, 2021 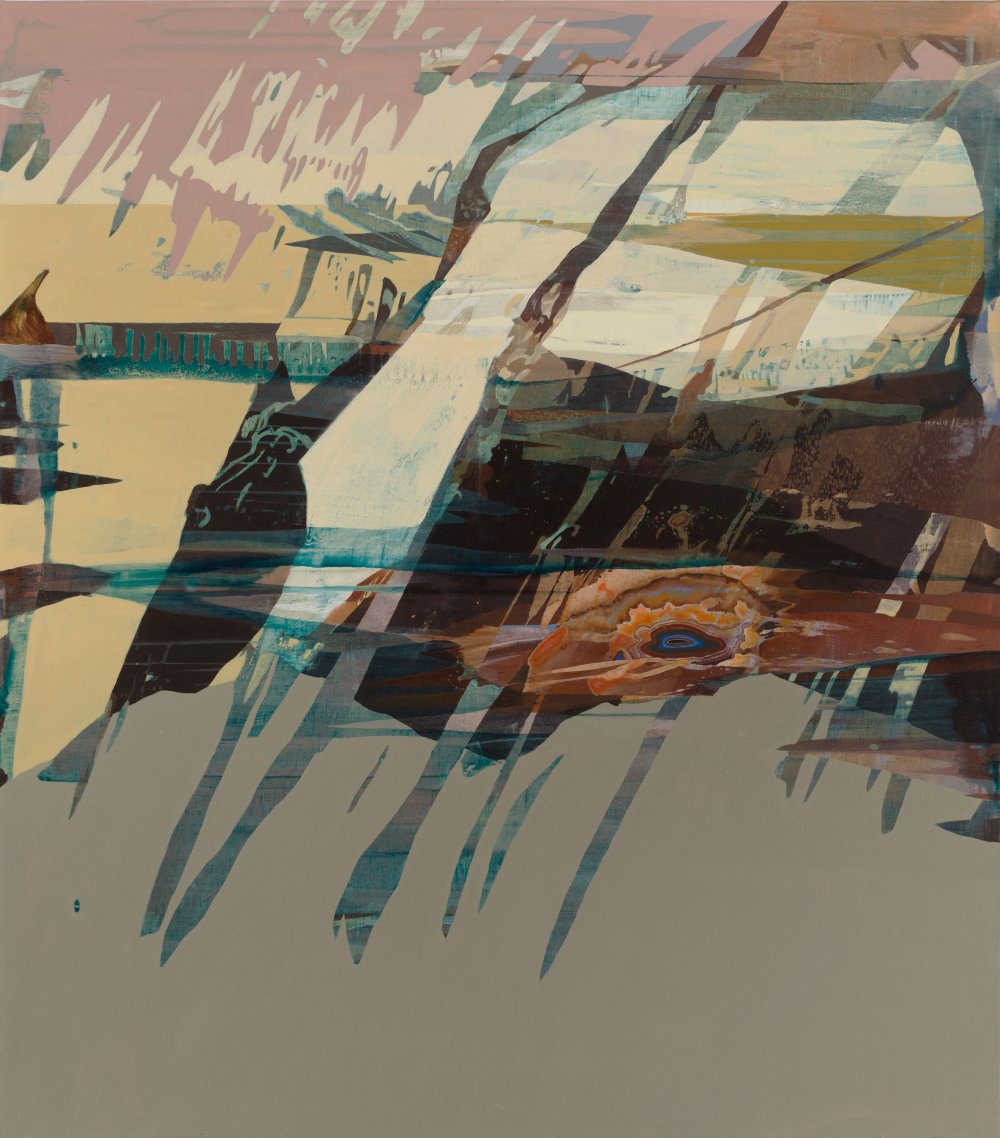 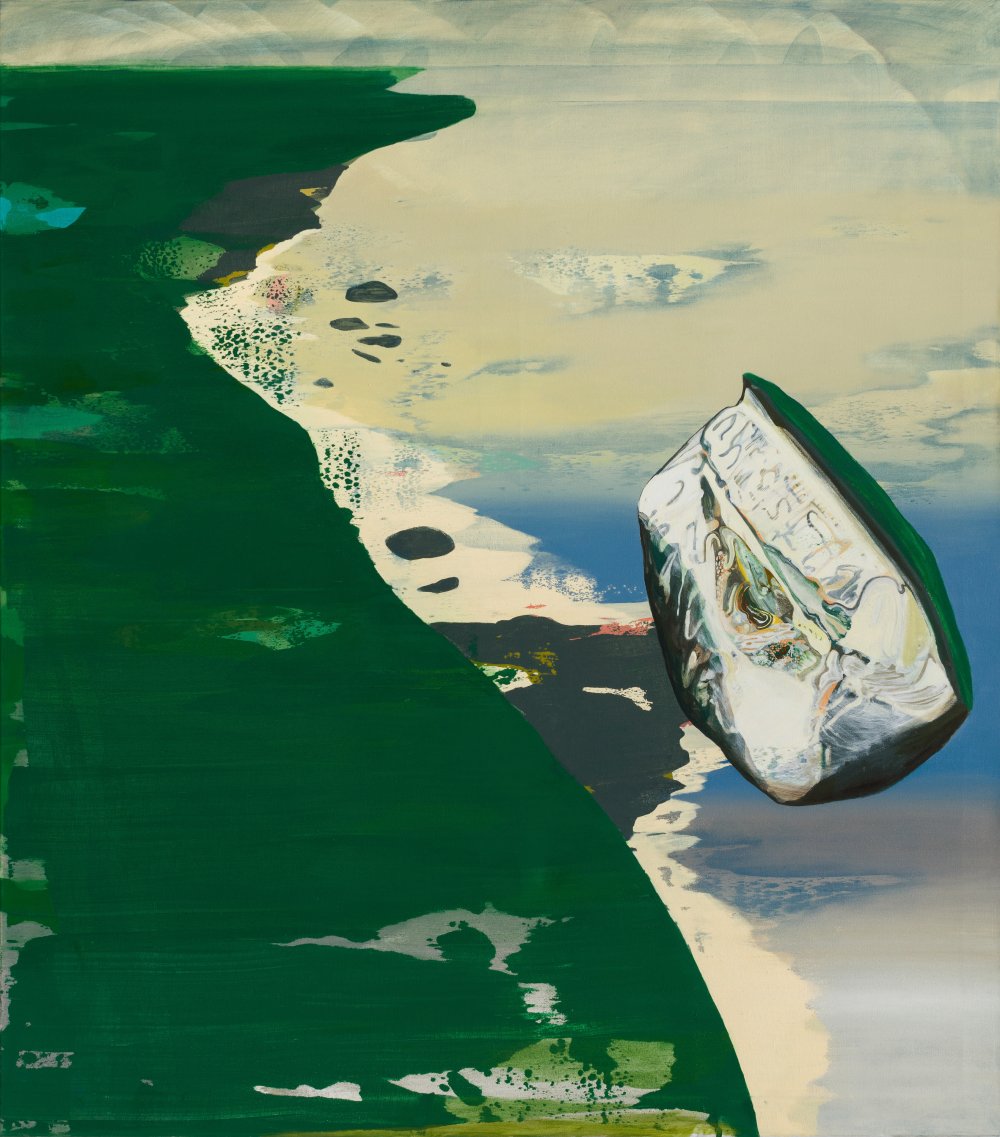 Veronica de Giovanelli
A piece of the continent, a part of the main, 2021 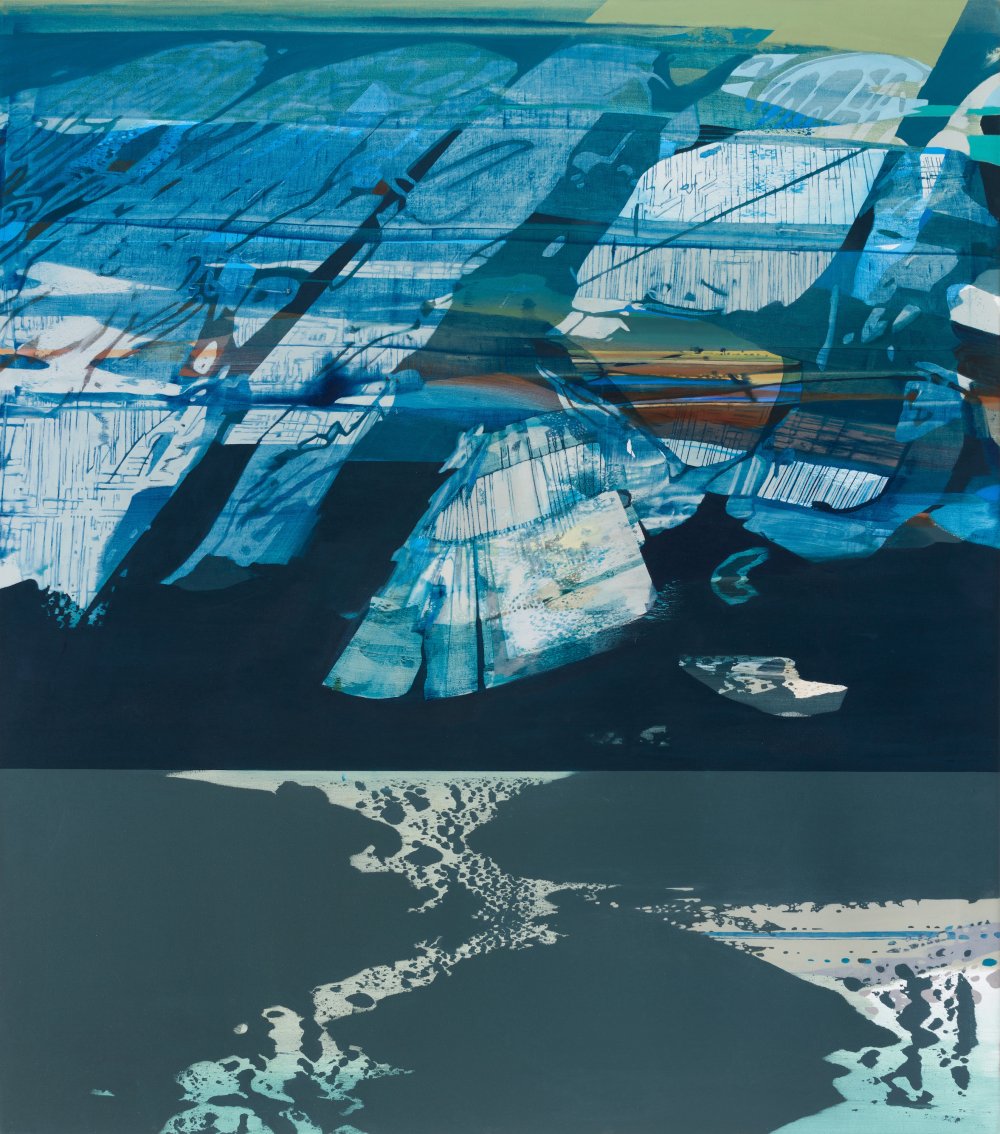 Veronica de Giovanelli
Down to the fjord, 2021 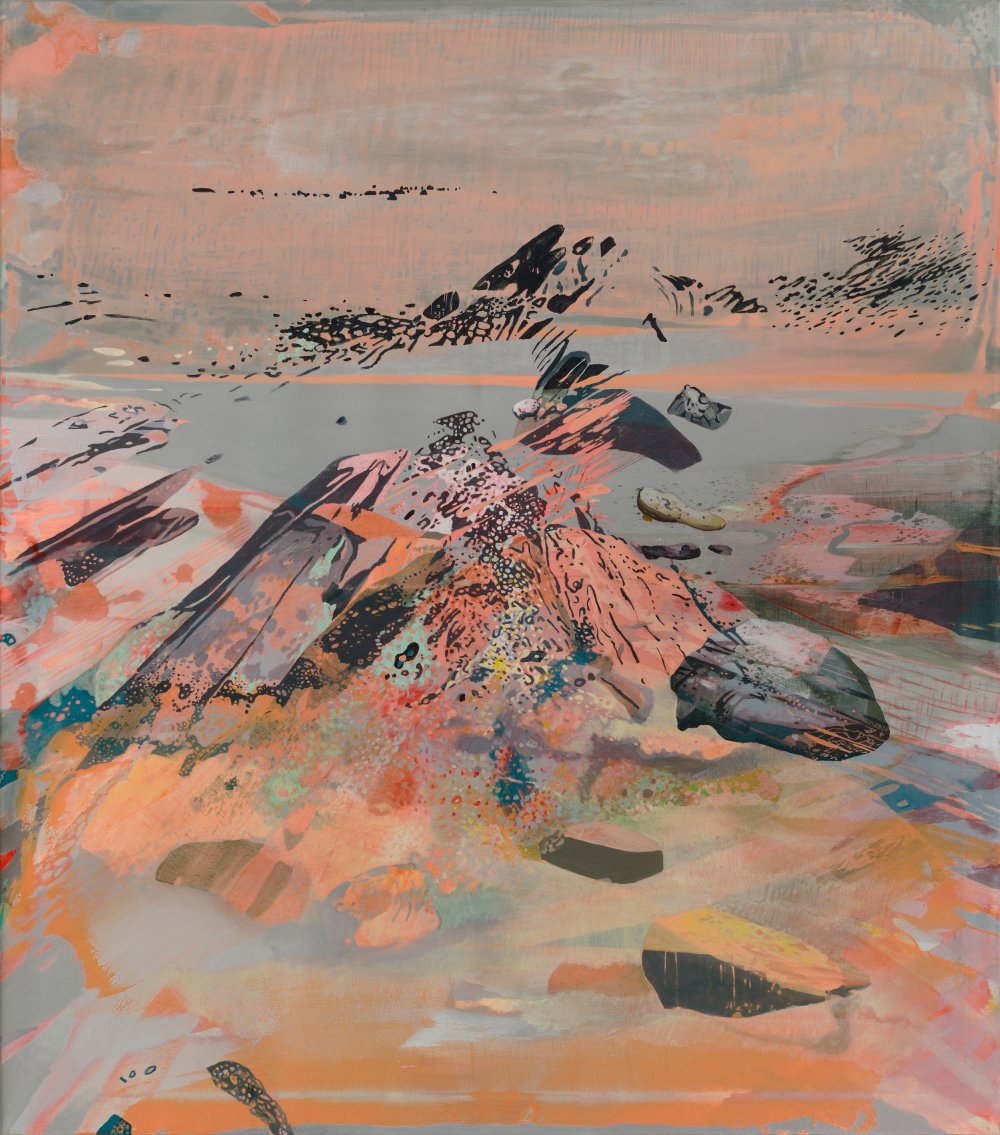 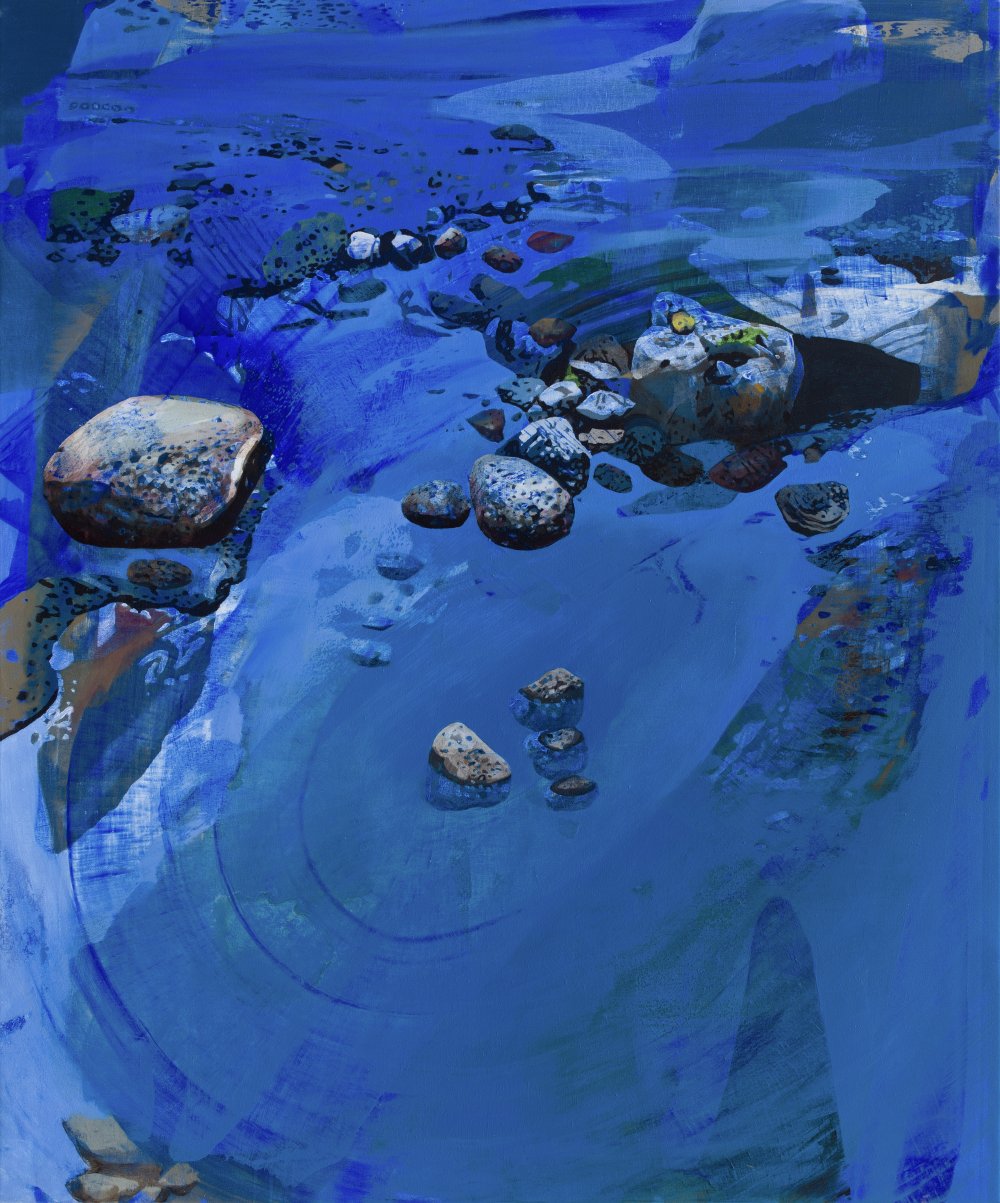 Veronica de Giovanelli
Just before it gets dark, 2021 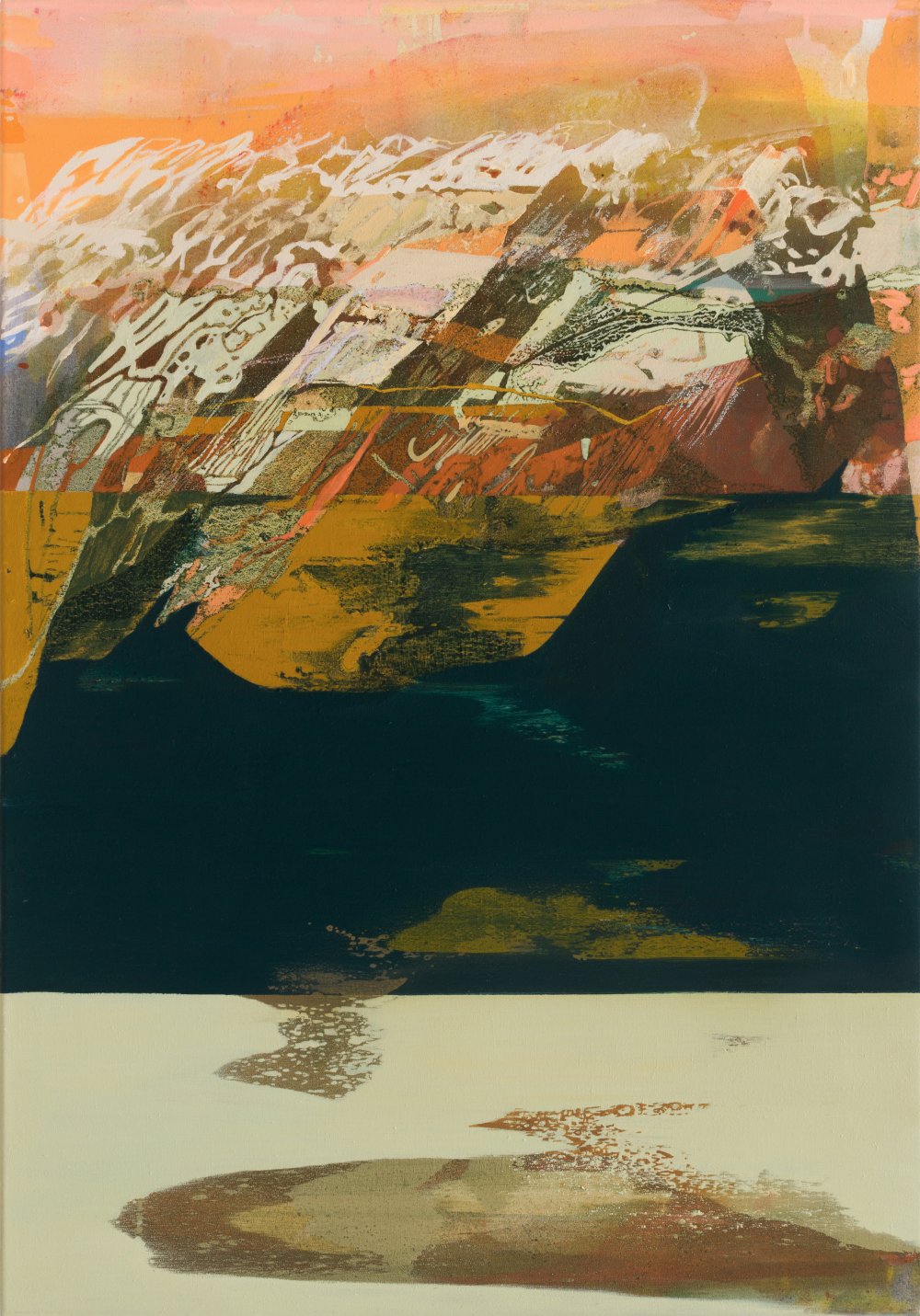 Veronica de Giovanelli
No eye could find the place, 2021 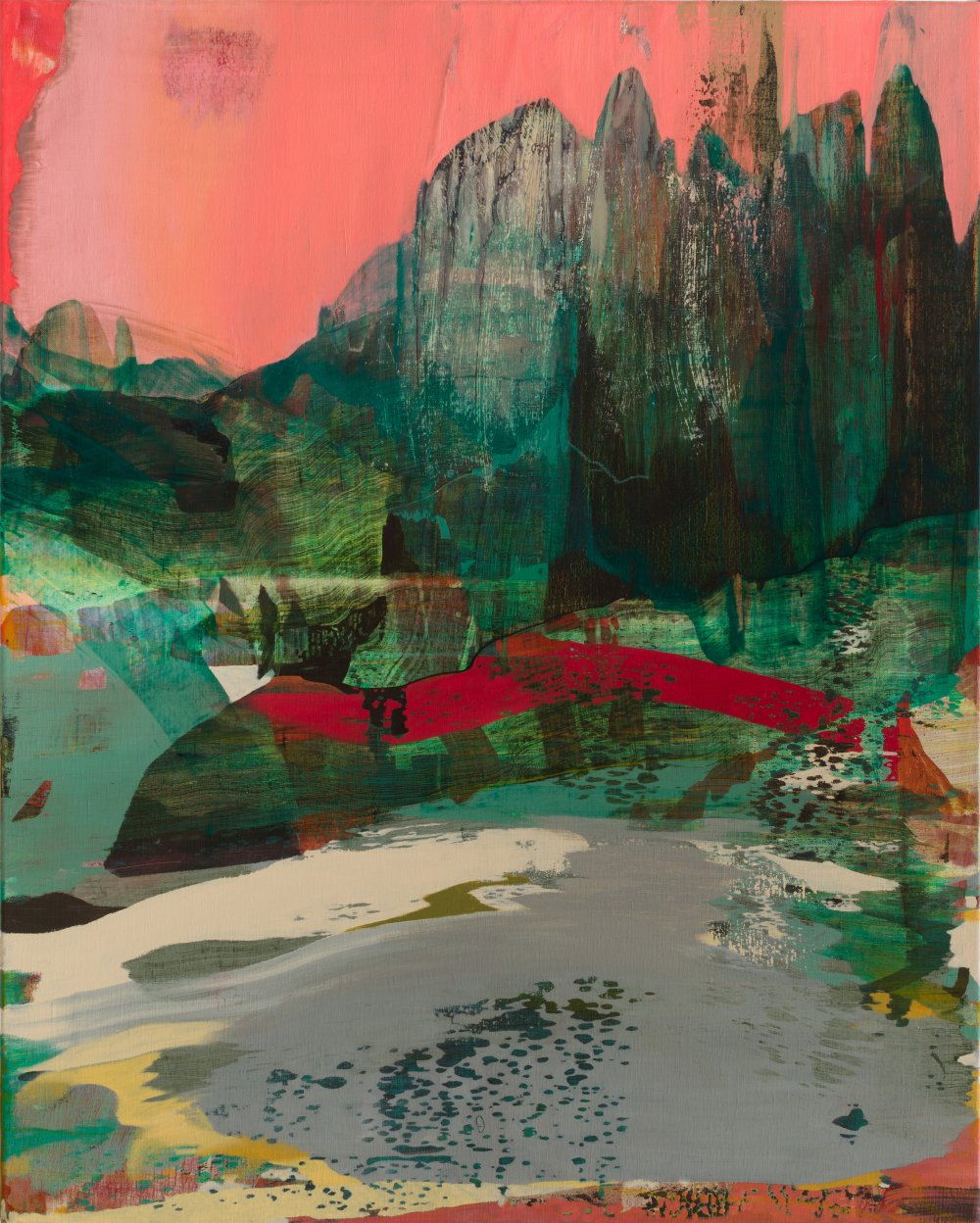 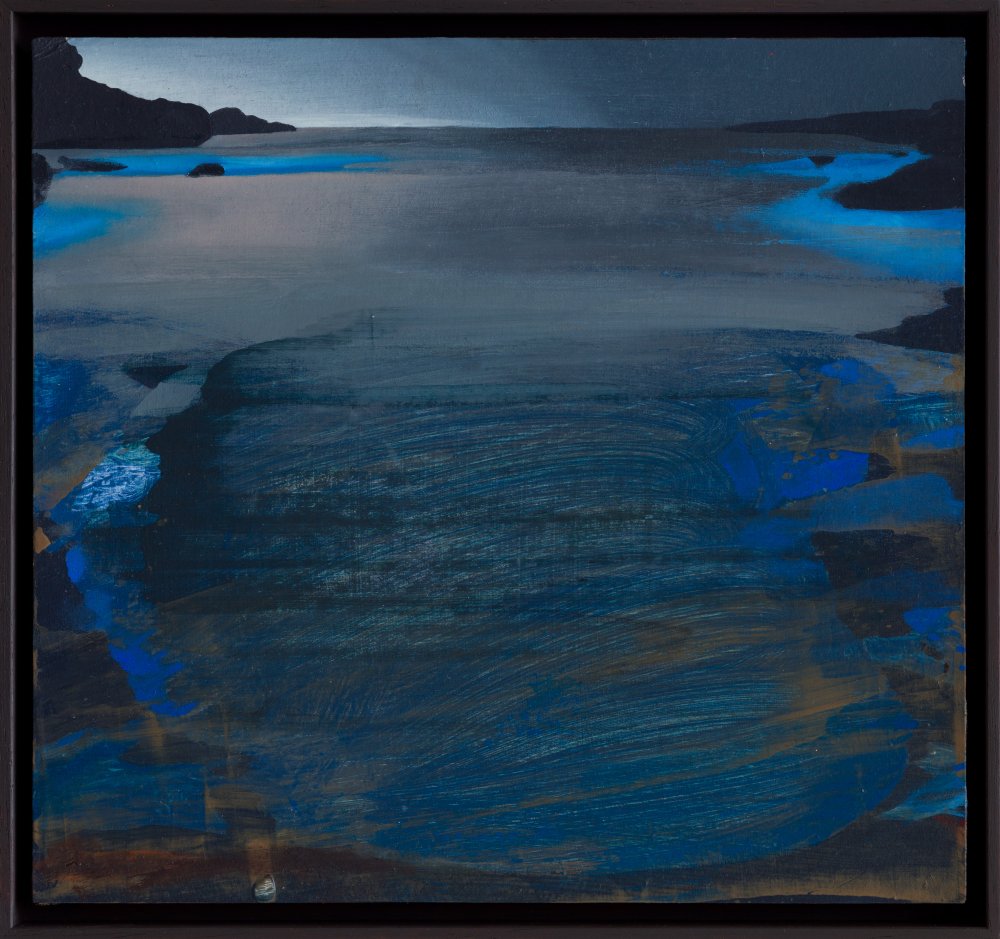 Veronica de Giovanelli
We grow accustomed to the Dark, 2021 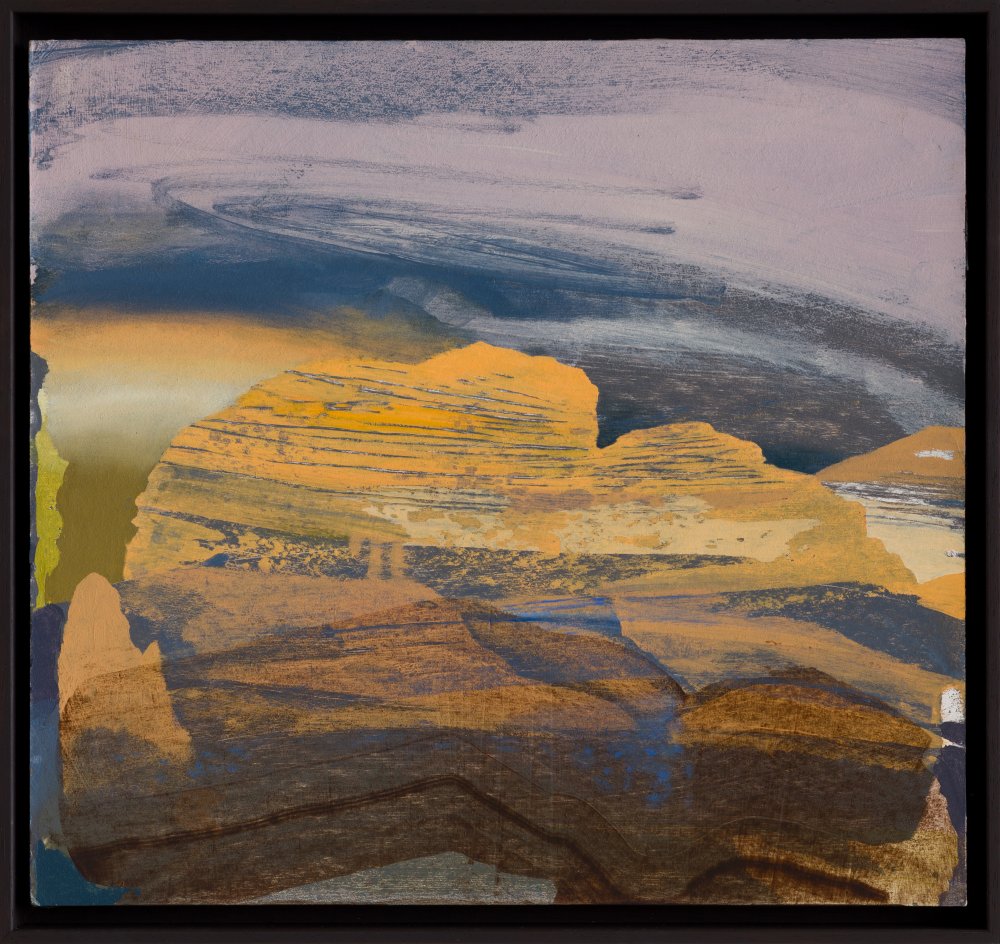 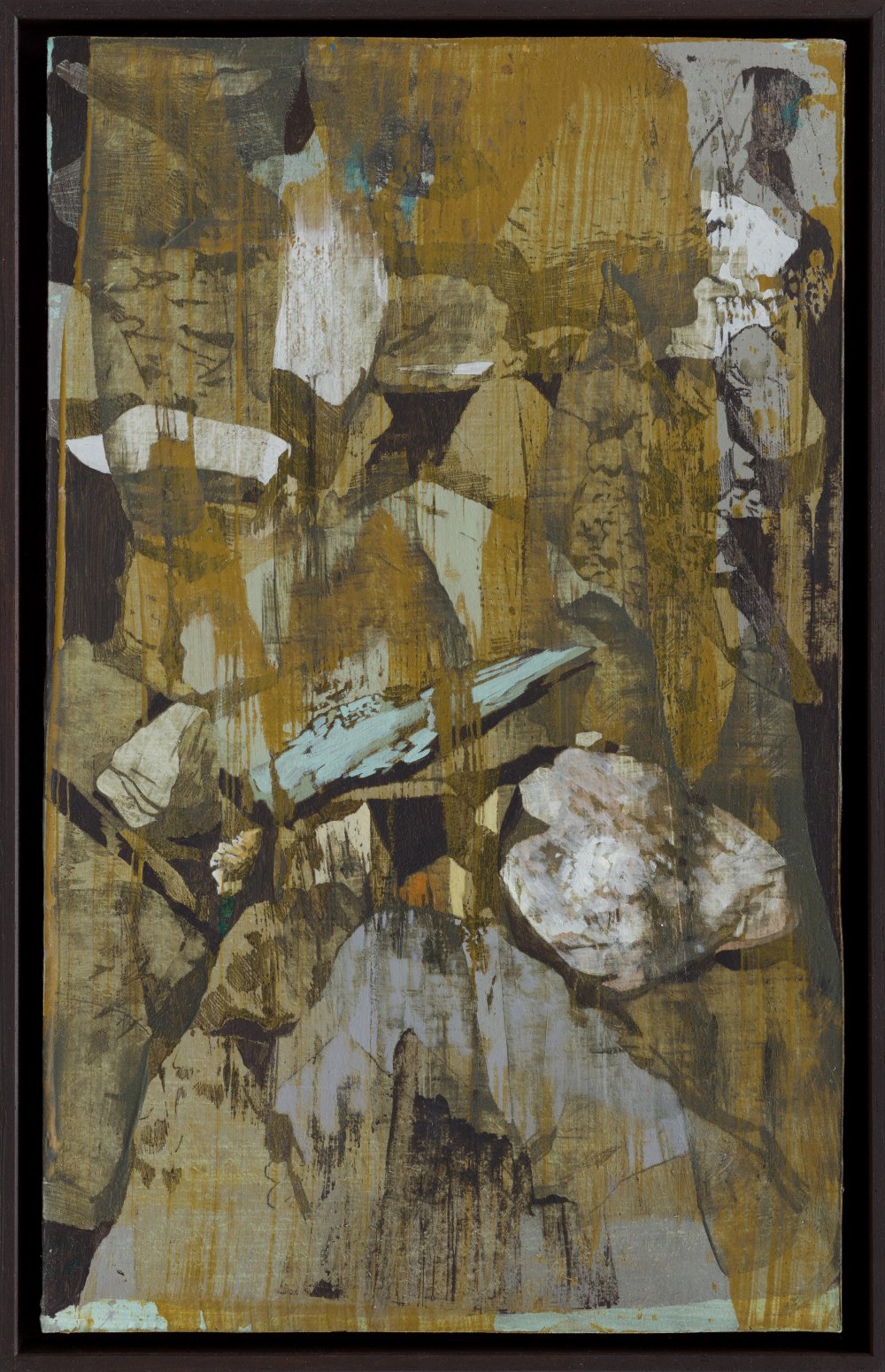 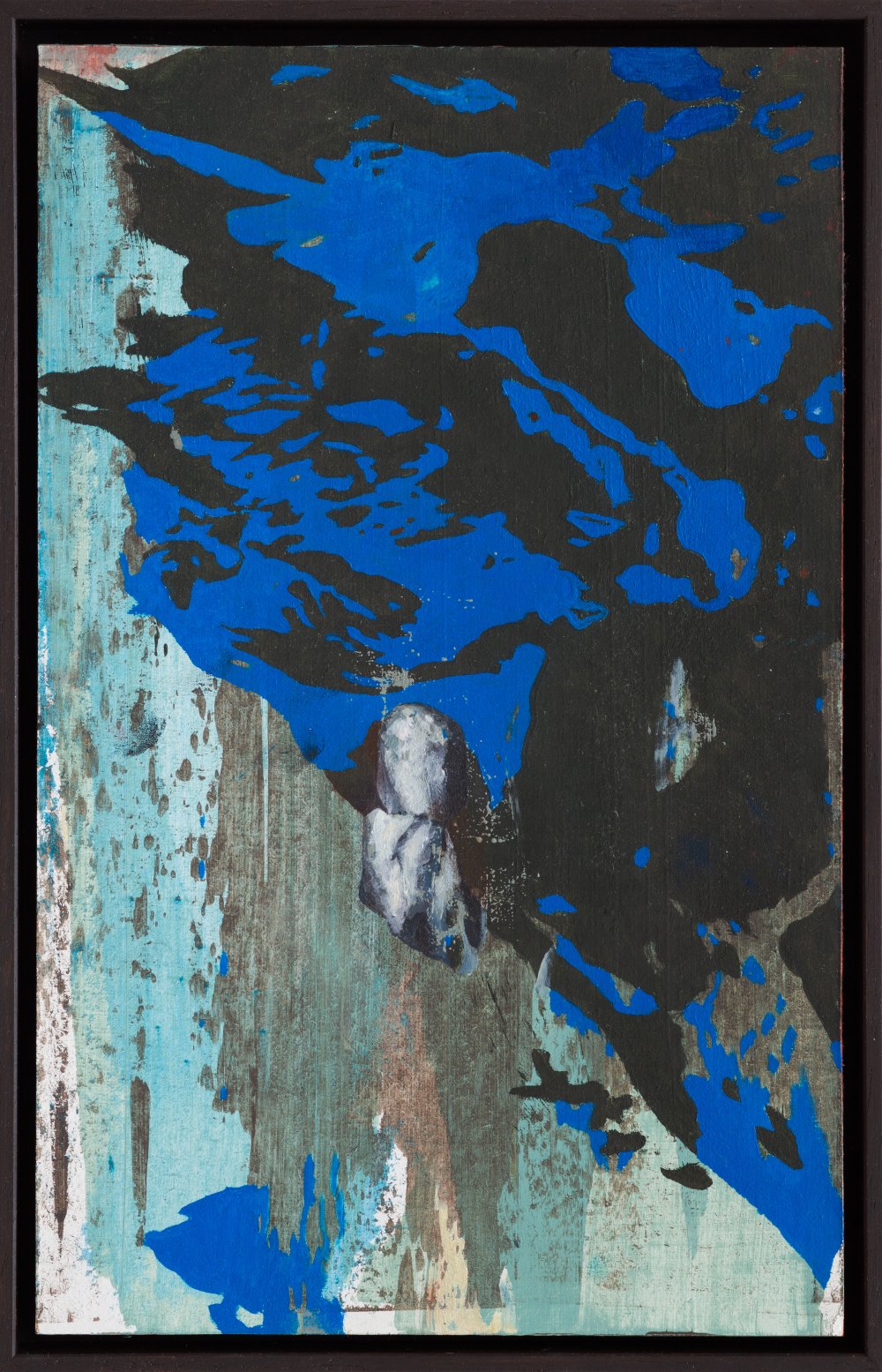 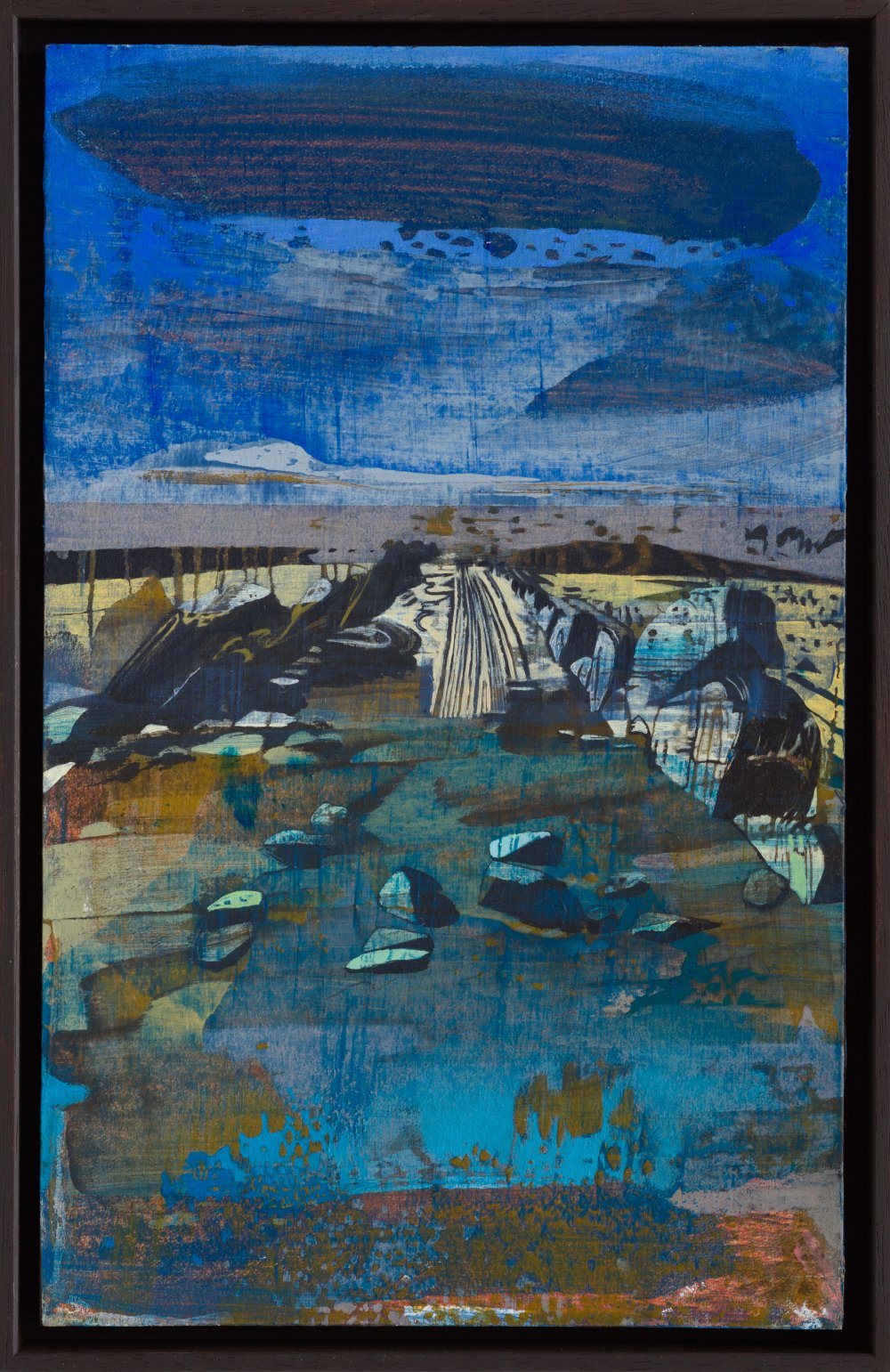 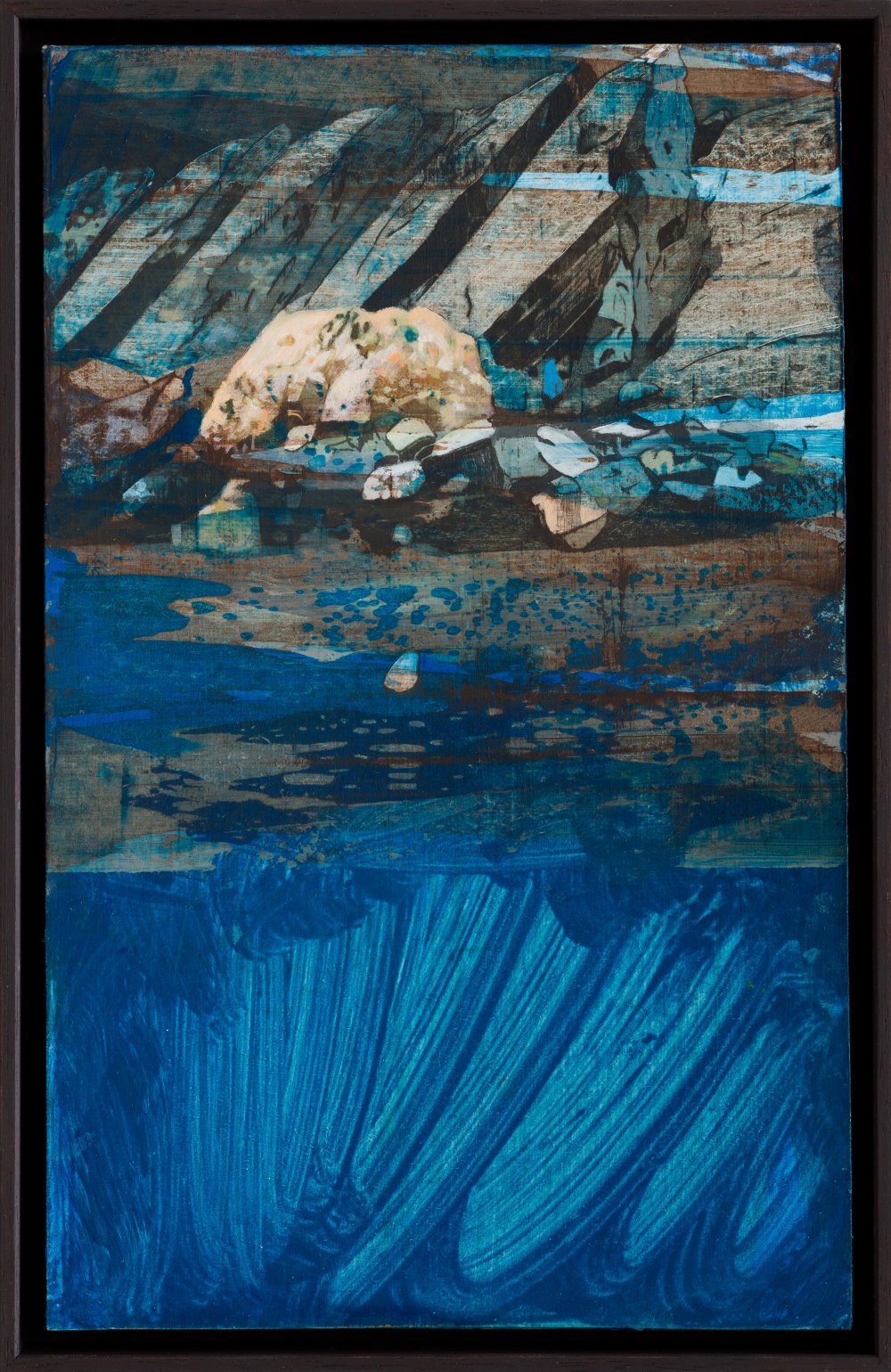 Veronica de Giovanelli
Walking down to the beach, 2021 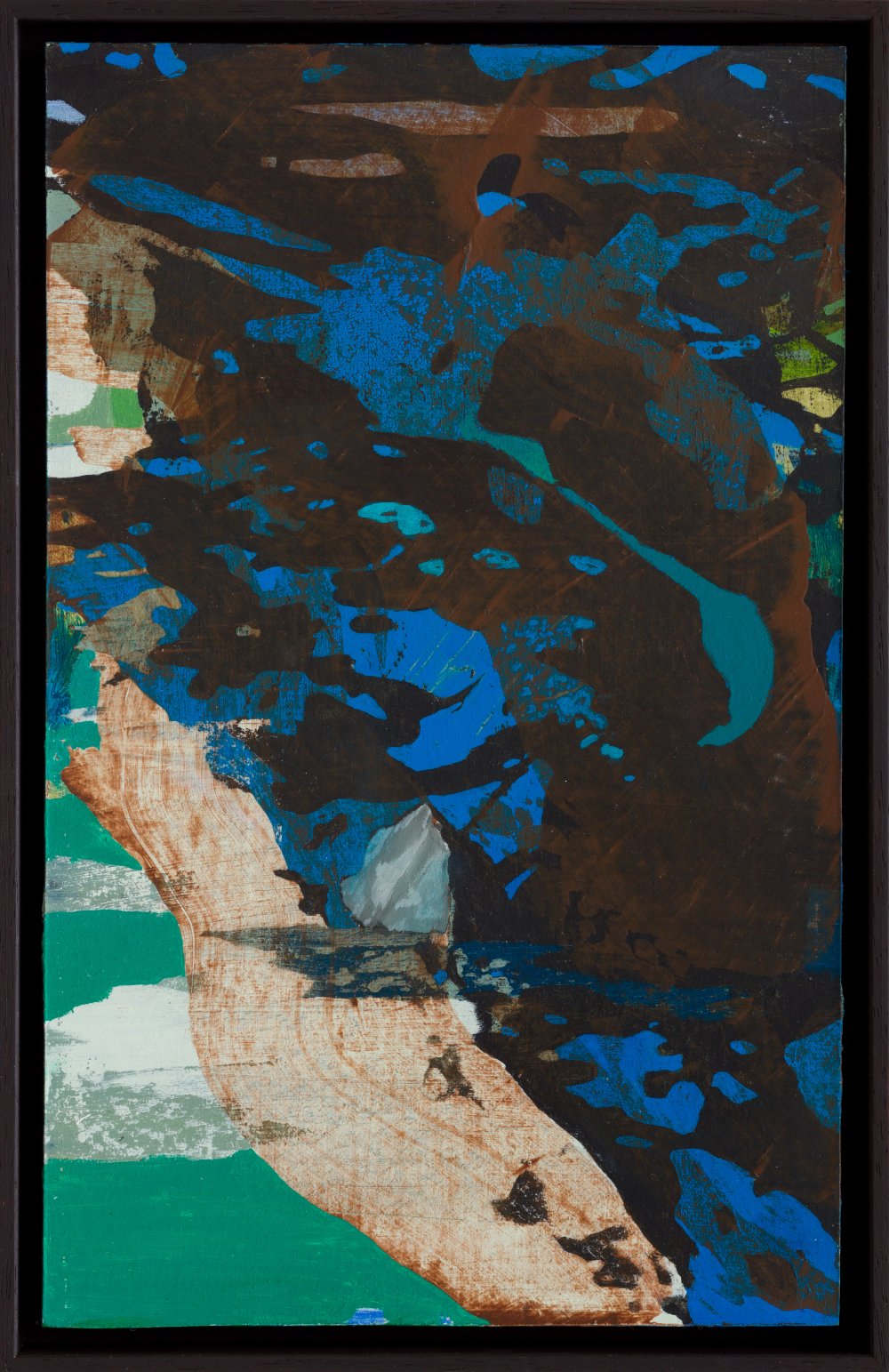 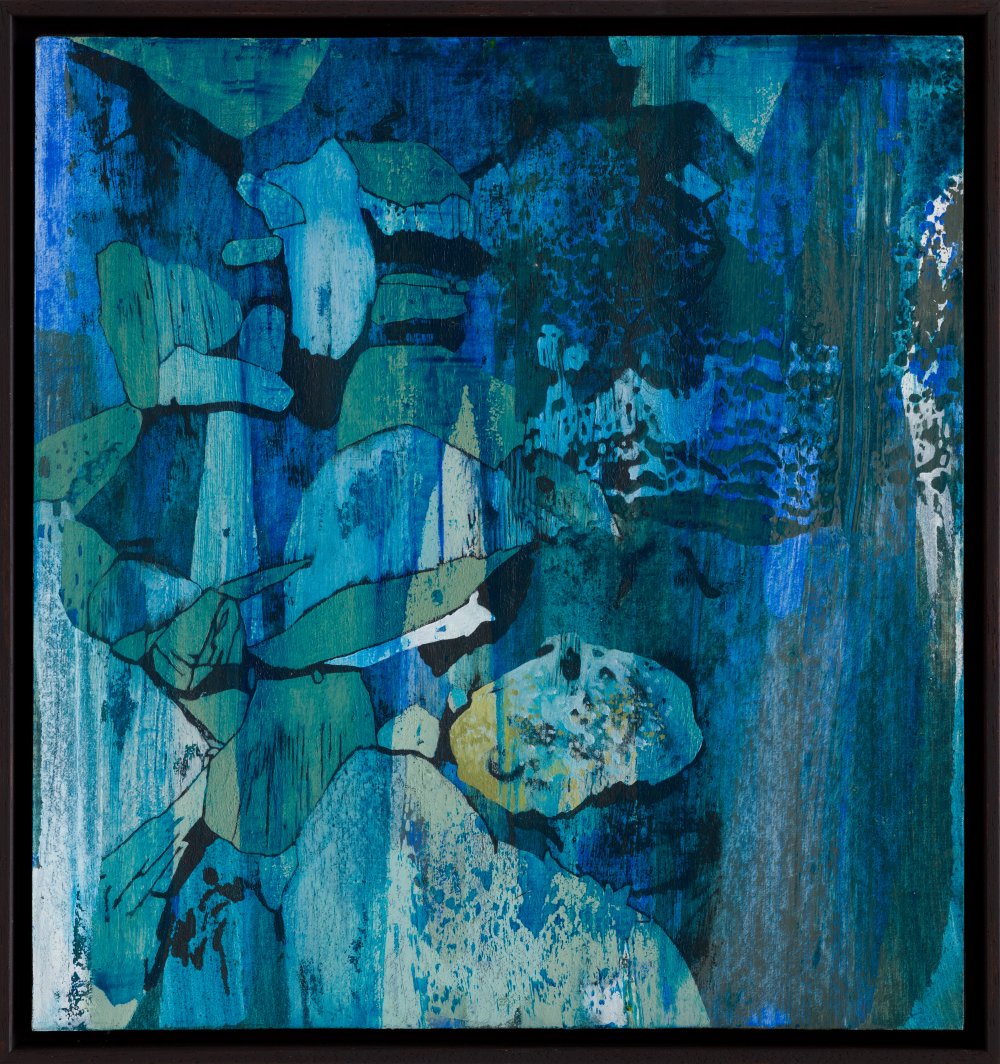 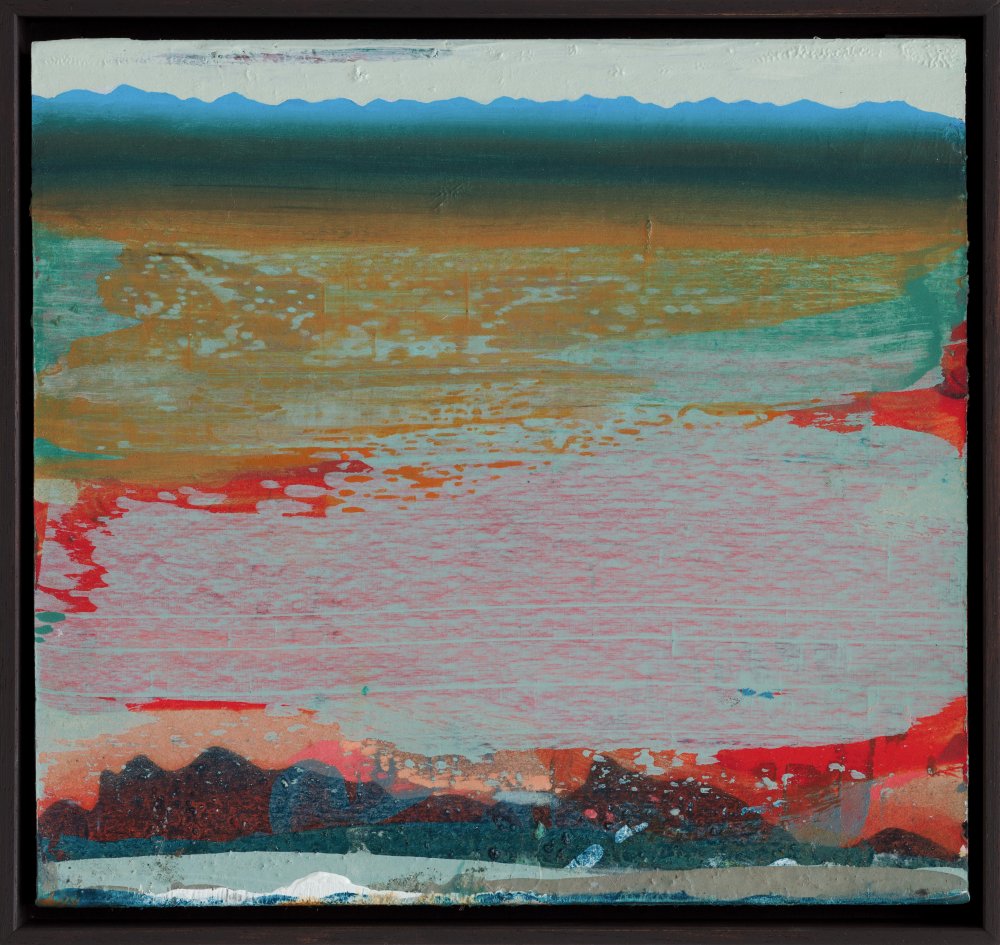 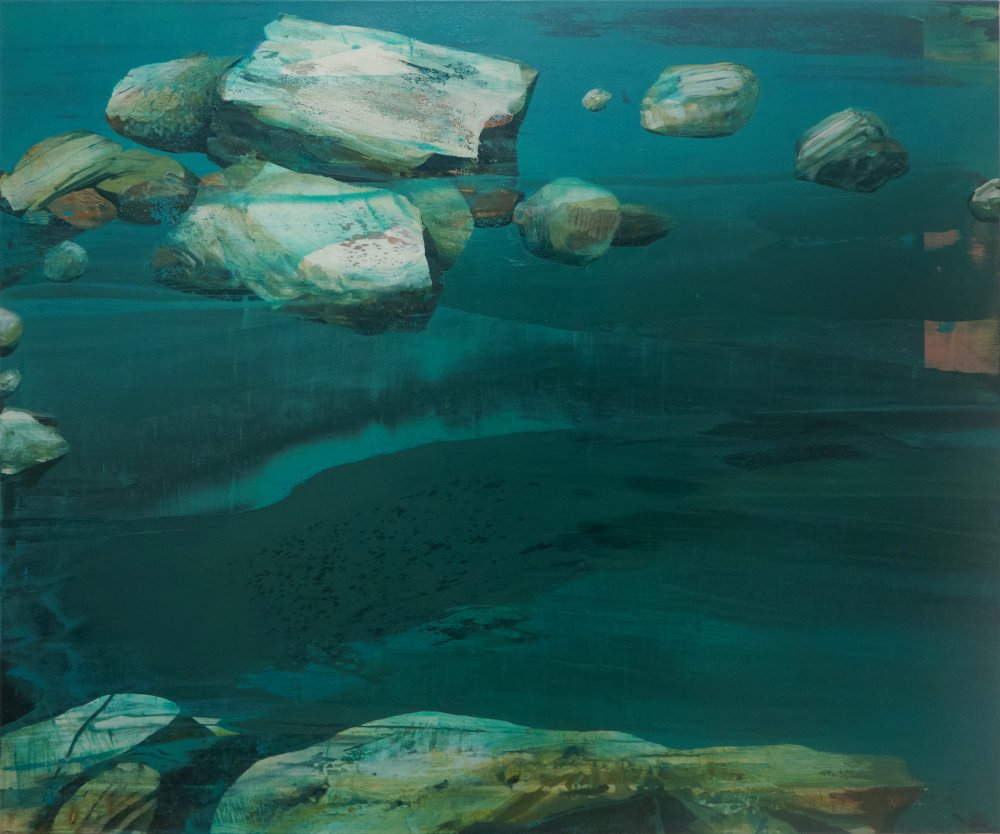 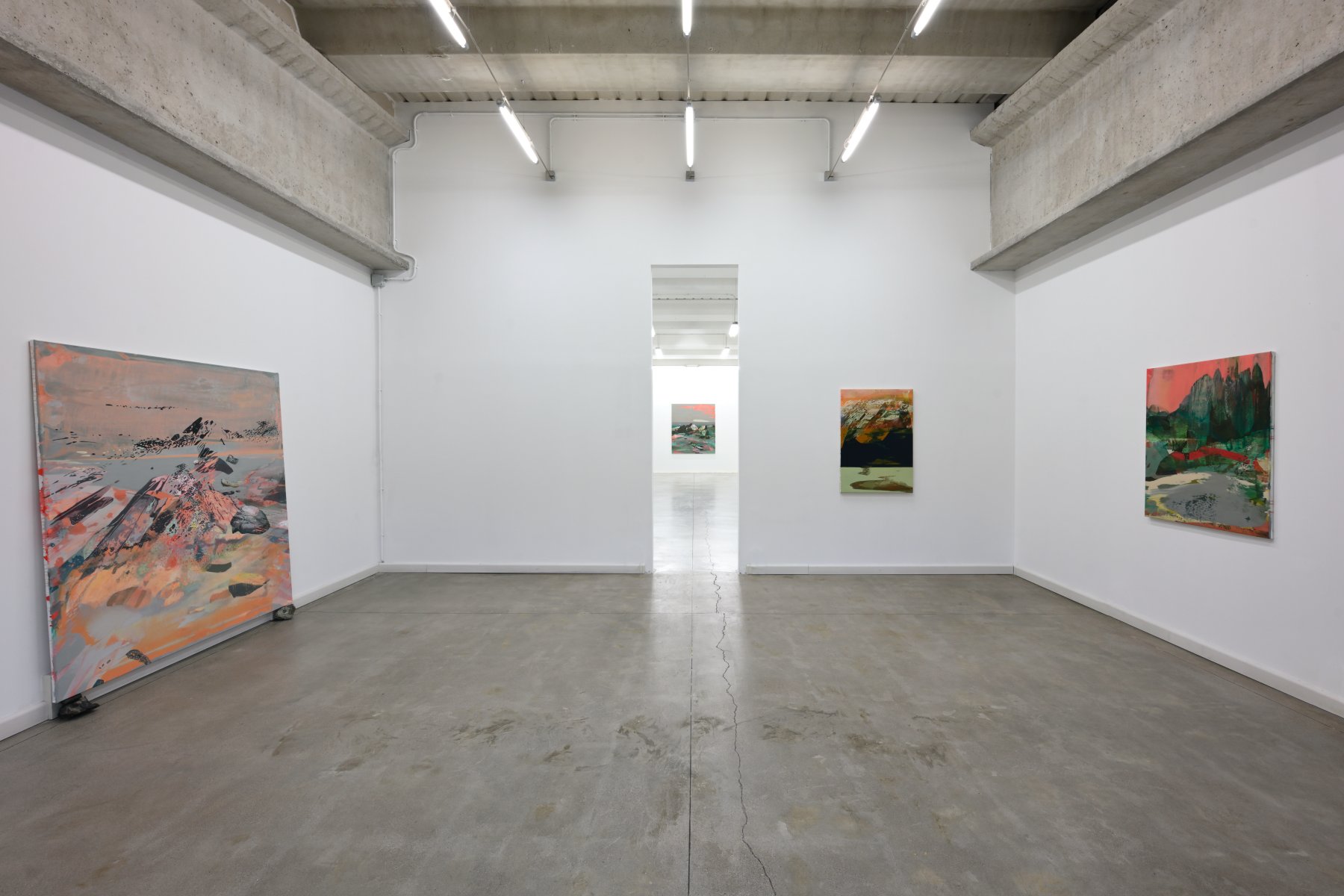 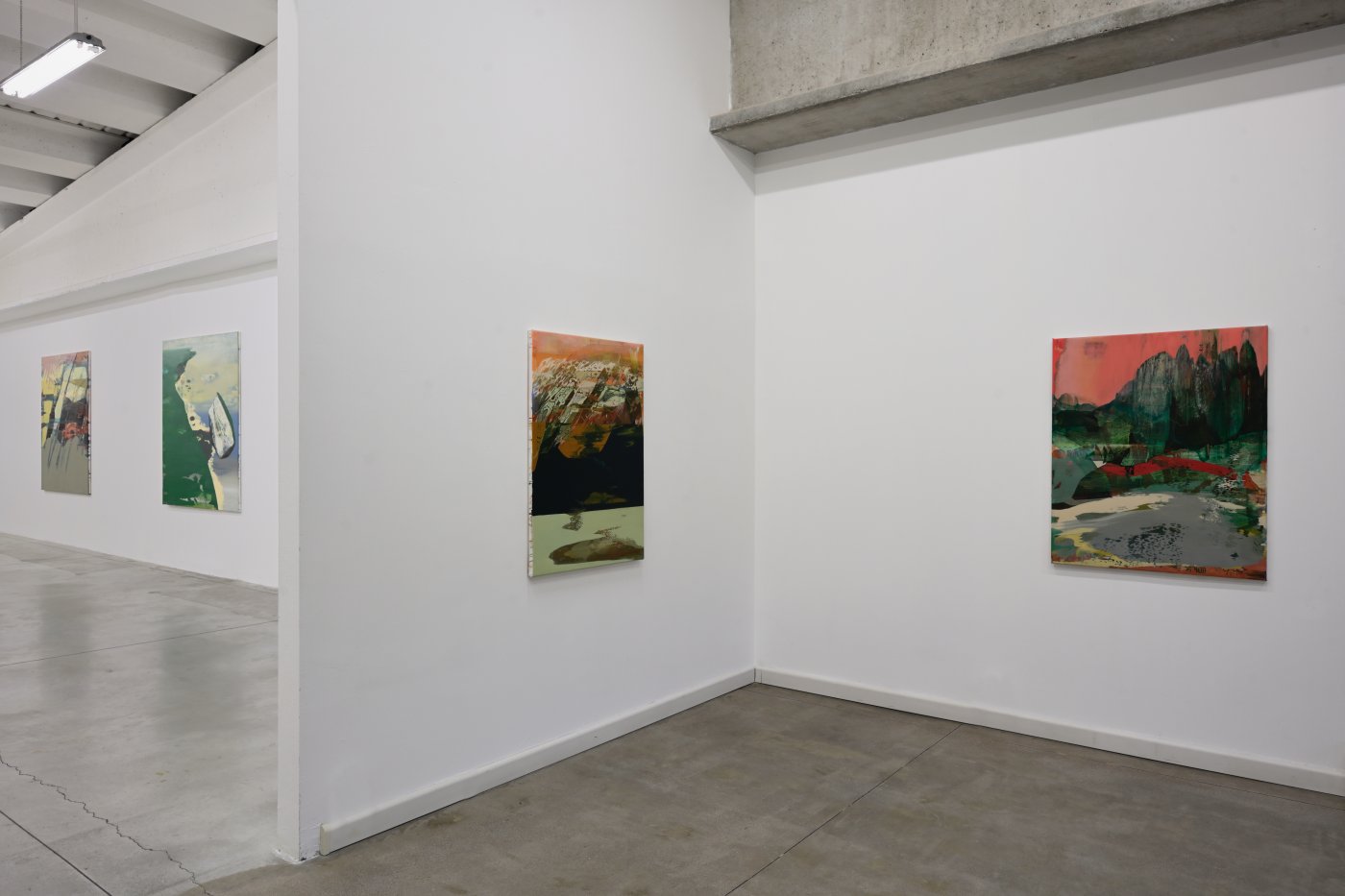 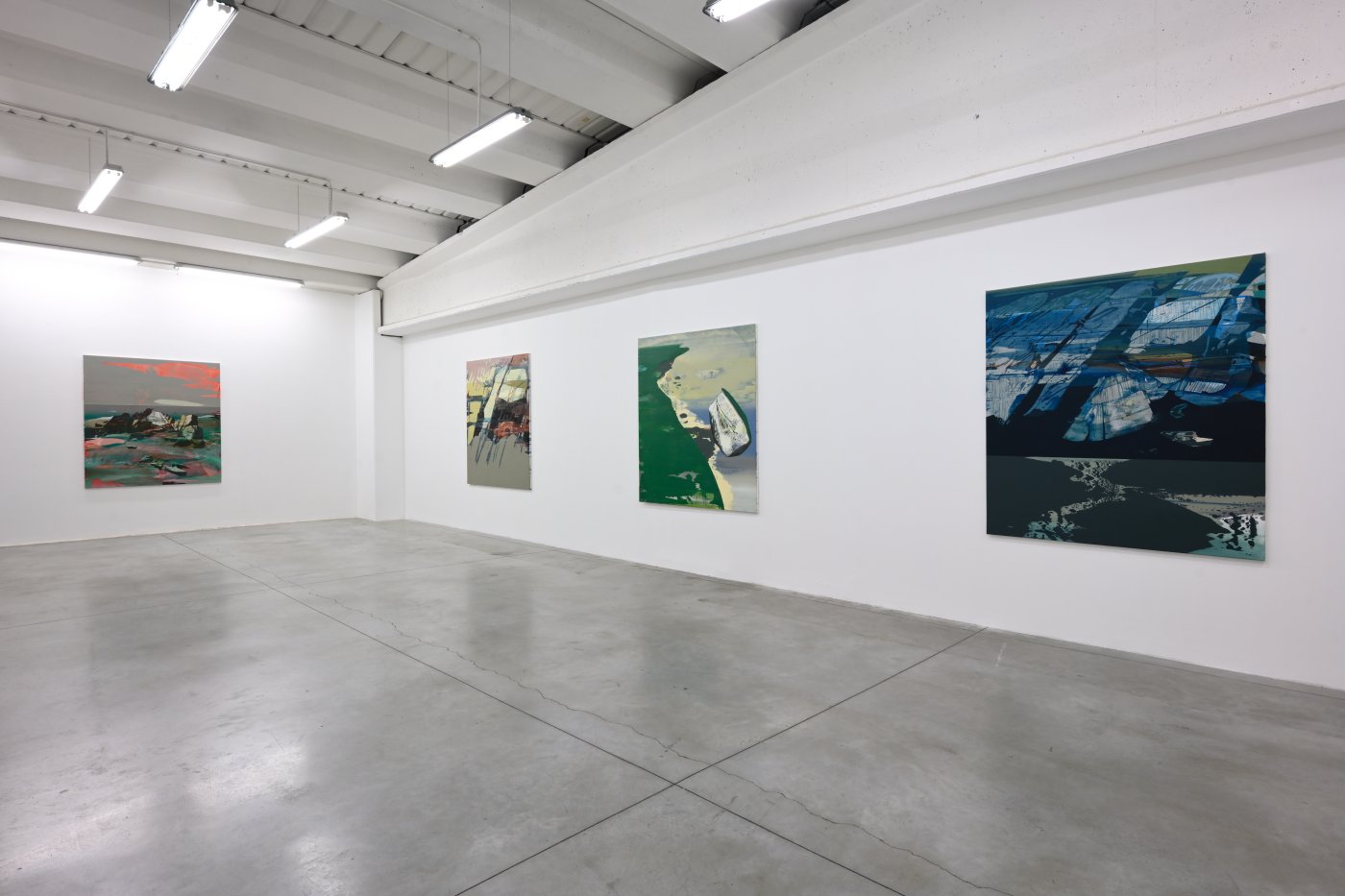 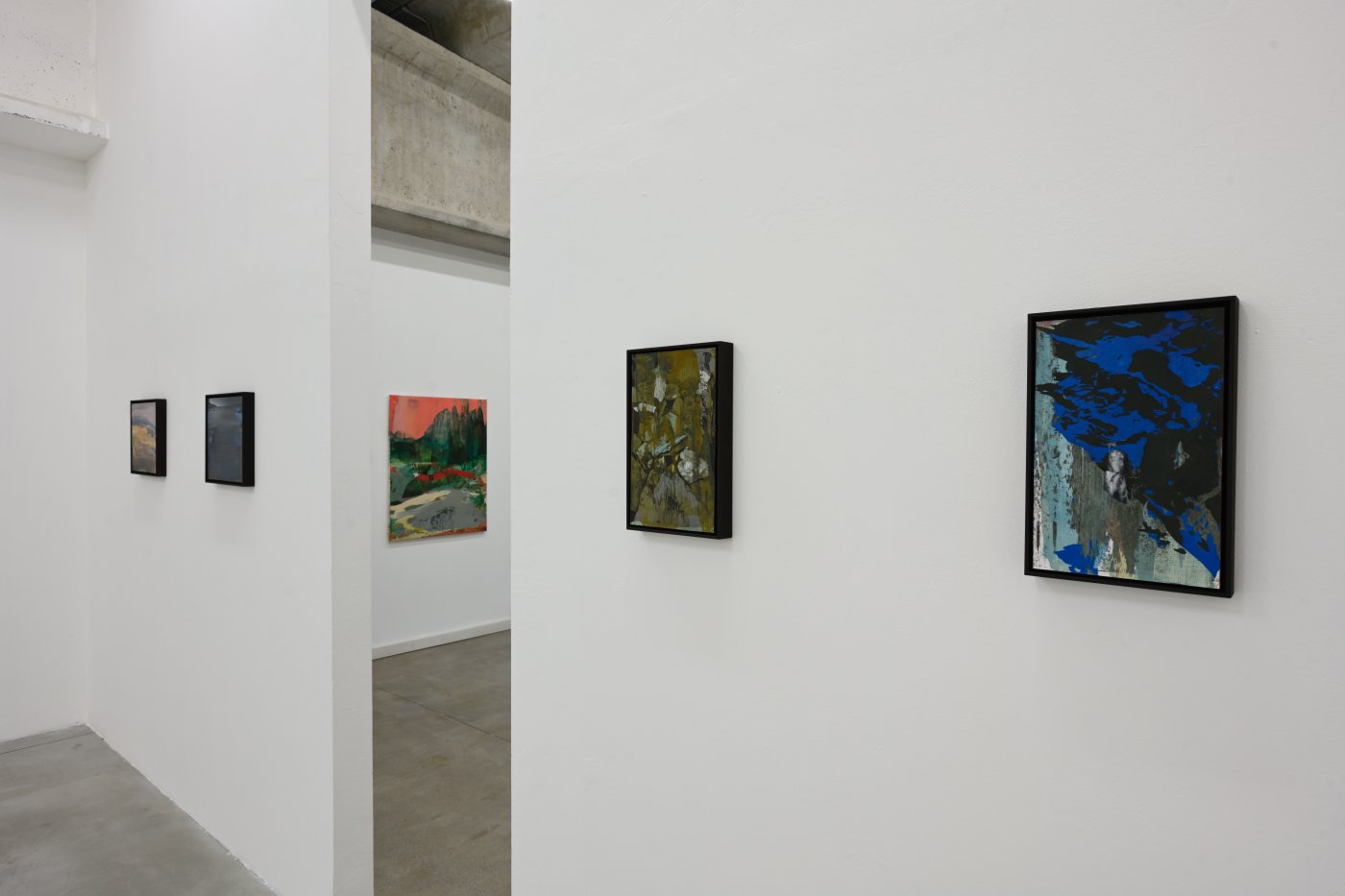 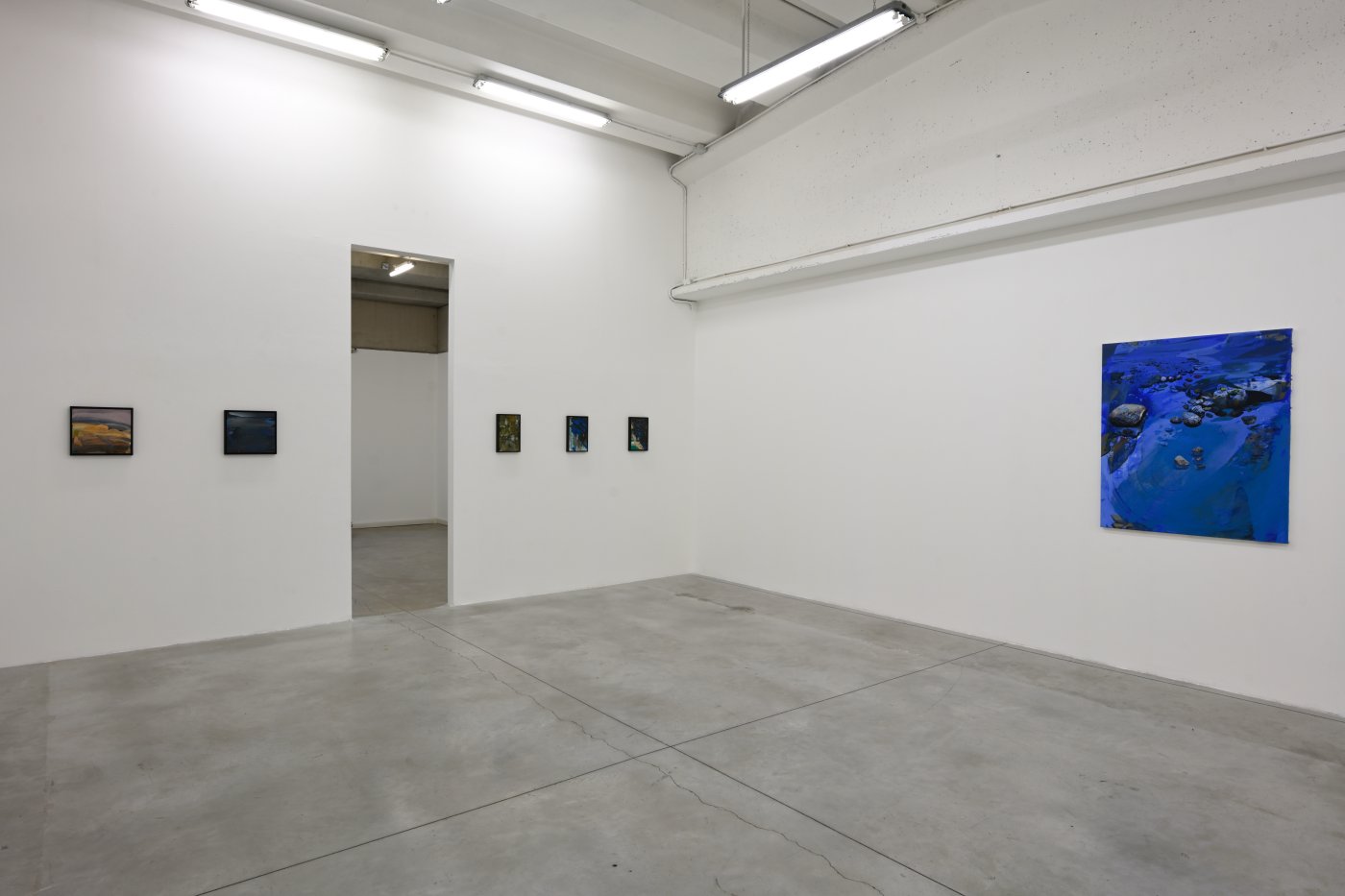 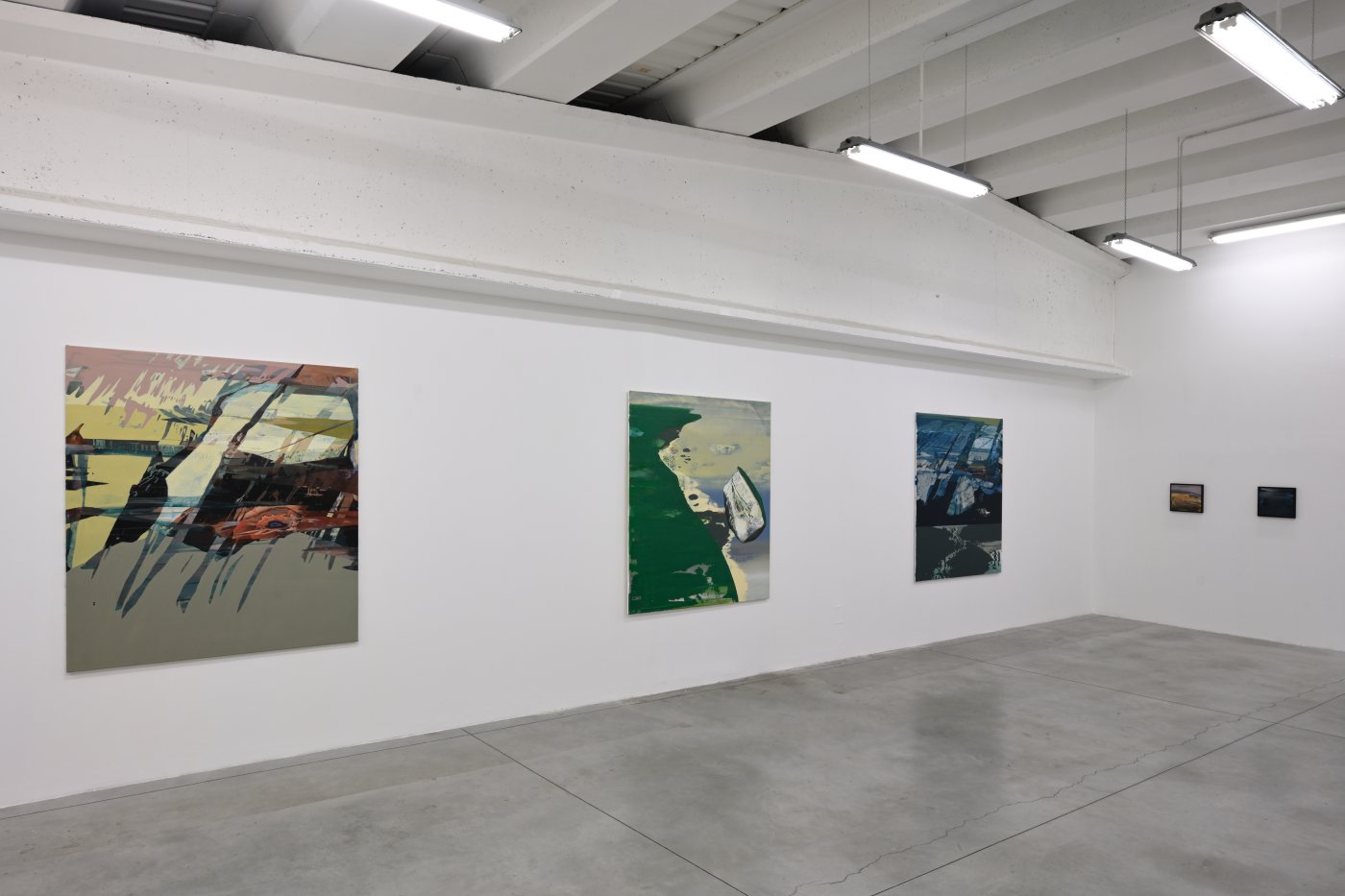 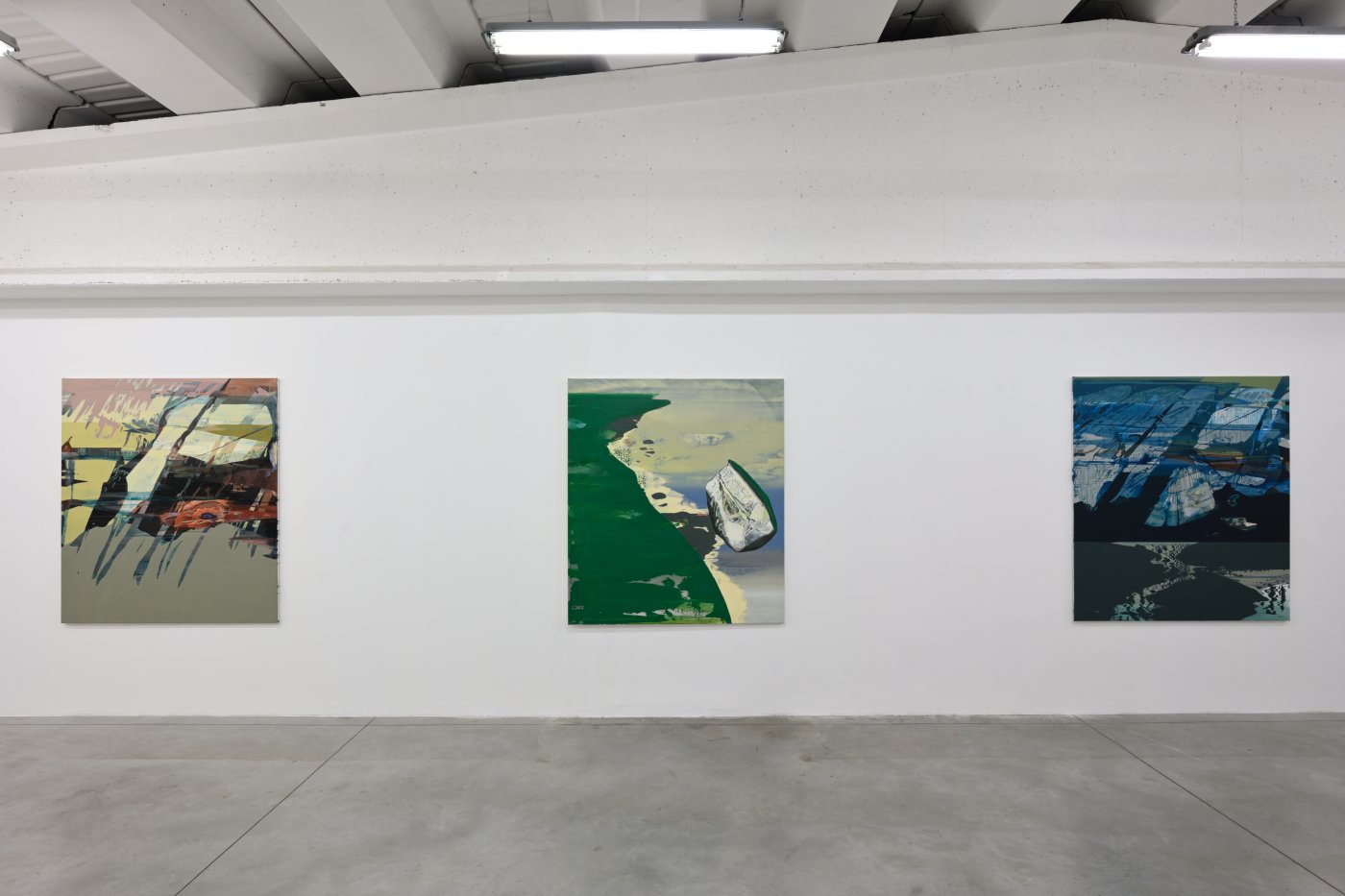 The immensity and drama nature of the Nordic landscape, its tension at the meeting point between land and water and the roughness of the rock are some of the main subjects of the works on display. In the gallery space, large-format canvases alternate with small-format paintings and small fragments of paper and collage that suggest an unreachable, sometimes invisible nature, yet interpreted and evoked, in all its particularities, through a sort of magnifying glass.

Veronica de Giovanelli tells of a stratified and almost immaterial nature in the dilution of its forms. She reconstructs a geology made up of sedimentation, volcanic explosions and erosion. And as she herself says: “The starting point for each painting can be very different: photographs taken or found, ancient geological maps, rocks seen under the microscope, poems or stories.”

The title of the exhibition – Andvake – comes from a word in Nynorsk: one of the two official writing forms of the Norwegian language. Andvake evokes various meanings, including insomnia, wakefulness and vigilance at the same time. For Veronica de Giovanelli, the word refers to a heightened attention to what surrounds us and at the same time to that moment of constant tension that every artist experiences when creating a work. It is the moment in which the incessant dialogue with the image-in-the-making – made up of attempts, risks and second thoughts – also implies a very long period of active observation, one which never really manages to abandon the soul of its executor.

Veronica de Giovanelli was born in Trento (IT) in 1989. She lives and works between Trento and Brussels.

Veronica de Giovanelli’s research is about landscape, conceived in its broader dimension. She pays attention to an intimate exploration of places, where the representation gives life to intense, evocative moments. Through continuous attempts, the artist composes images that show e a feeling of wonder, combined with a subtly critical ethical tension towards the physical, cultural, and aesthetic decay of the landscape. Veronica de Giovanelli wants to make visible what is hidden, capturing the full enchantment of the environment.

In 2015 she completed her degree at the Academy of Fine Arts in Venice. The same year she won the Celeste prize in Milan in the painting section. In 2014 she attended the MA Fine Arts Research and Development at Middlesex University in London. In 2019 she completed a Master’s degree in painting at ENSAV La Cambre, Brussels, exhibiting at the Kanal-Centre Pompidou.

Veronica de Giovanelli participated in several group exhibitions at ArtLacuna (London), Fondazione Bevilacqua La Masa (Venice), Collyer Bristow Gallery (London), Spazio Thetis (Venice) and Dolomiti Contemporanee (Pordenone). She is part of the Fondazione Malutta collective with which she exhibited at the Albania Pavilion of the 15th Venice Architecture Biennale (2016), the Tulla Culture Centre in Tirana (2017) and the Monitor Gallery in Rome (2016, 2017, 2018) and the Santa Maria della Scala Museum in Siena (2018). In 2013 she won the prestigious award of the Bevilacqua La Masa Foundation in Venice.

Courtesy of the artist and Boccanera