Alison Jacques presents a solo exhibition of new work by Veronica Ryan, the artist’s first show at the gallery. This exhibition follows Ryan’s participation in the 2022 Whitney Biennial, New York, and succeeds her critically acclaimed 2021 survey at Spike Island, Bristol, for which Ryan has received a nomination for the 2022 Turner Prize (on show at Tate Liverpool from October). Ryan’s large bronze and marble outdoor works Custard Apple (Annonaceae), Breadfruit (Moraceae) and Soursop (Annonaceae) were unveiled in Hackney, London in 2021 as the nation’s first permanent monument to honour the Windrush generation. 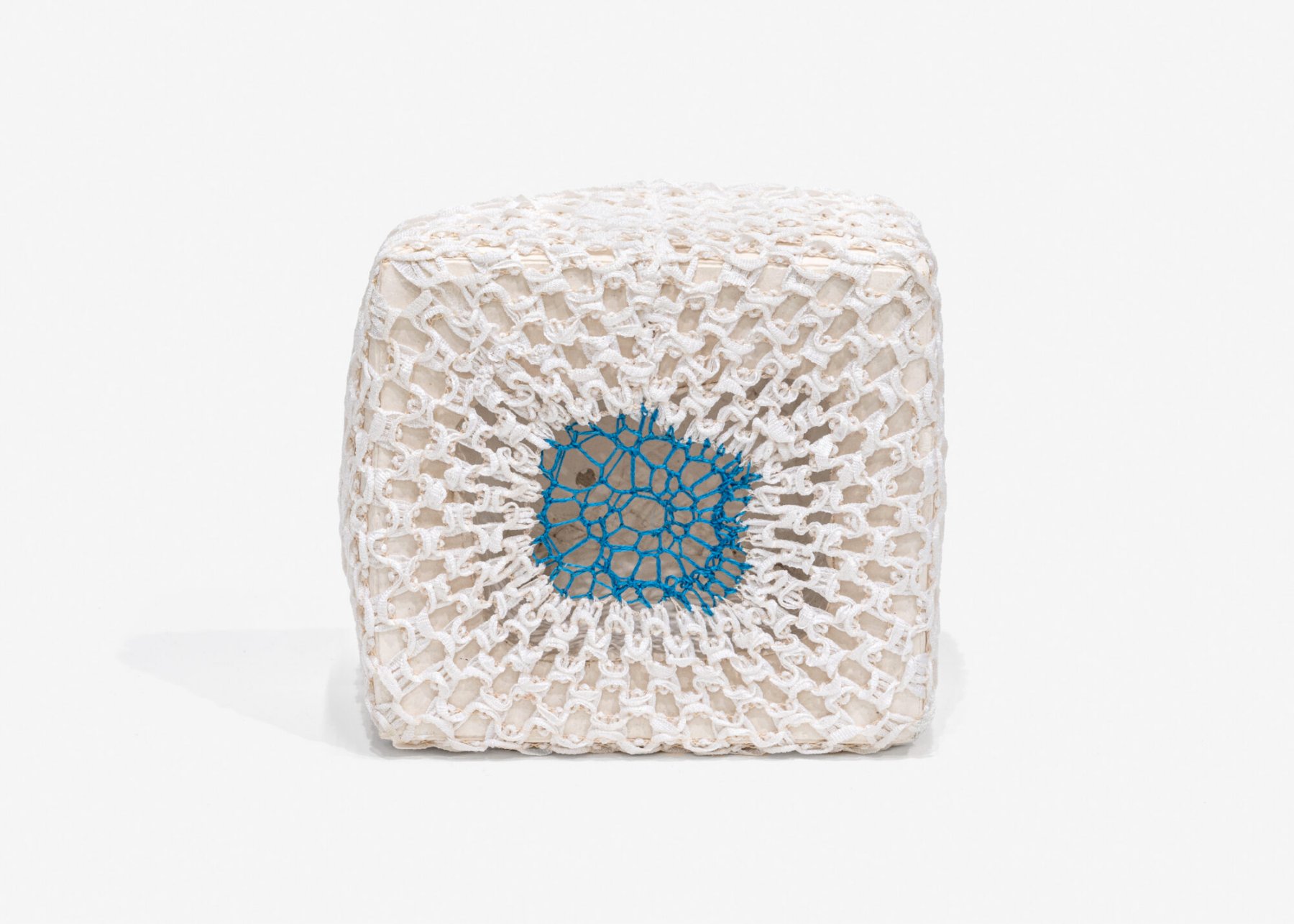 Veronica Ryan was born in 1956 in Plymouth, Montserrat, an overseas territory of the United Kingdom. She moved as an infant with her parents to London before going on to study at the St Albans College of Art & Design, Bath Academy of Art and the Slade School of Fine Art. She now divides her time between the USA and UK.

Ryan’s exhibition at the gallery will feature a variety of seeds, pods and produce, constructed and modelled in bronze and ceramic: including mango and avocado stones, cocoa pods and other various materials. Ryan has been casting and constructing both from found and organic forms since the 1970s, a process which has rendered lifelike and sensuous results. The artist considers these to be bound in ‘multiple conversations’ about ecology, psychology and culture as indicated in the recent exhibition at Spike Island, ‘Along a Spectrum’.

For Ryan, just as a seed will thrive or die depending on its climate, the ‘life’ of these plants and their products – their uses, values and meanings – are determined by their settings, thus varying across time and place. She notes, for example, how cocoa was used in sacred rituals in pre-Hispanic cultures and how, originally, soup used salt and not sugar, before becoming a prized commodity and ultimately an object of mass industrial consumption.

After leaving the Slade in 1981, Ryan was awarded the Boise scholarship which enabled her to travel to Nigeria. Ryan recognises this time as significant in deepening her understanding and strengthening her interest in how plural meanings could be wrested from the raw materials of life. Here, Ryan witnessed votive objects formed from accessible, often everyday materials, and became fascinated by objects invested through ritual with a spiritual and charged power. Ryan’s visits to museums across Nigeria were a significant period for her and her abiding interest in the way objects can be used for psychic defence, personal care, mystical healing or as structures used for honouring ancestors. She recounted in a 2011 interview how she was struck by observing objects formed from ‘hair, egg, chalk and kola nuts’.

Elemental processes such as tying, binding, staining and stacking are common throughout Ryan’s work, deploying these techniques with intense sensitivity as a kind of reckoning or discovery. The critic Barry Schwabsky described Ryan’s recent piece for the 2022 Whitney Biennial as ‘a sort of rumination-by-doing’, in which ‘gathering and arranging’ are ‘materialized thought processes.’ A concern for how systems of meaning and forms of alternative knowledge can be conveyed materially undergirds Ryan’s practice. Reflecting on her recent commission for a monument to the Windrush generation, Ryan explains that the fruits she chose to magnify and reproduce in marble and bronze — breadfruit, custard apple, and soursop — were, she realised after completion, the very same ones that her mother ate while Ryan was in her womb. Ryan’s sculptural constellations similarly seem to convey information, silently speaking their own deep, organic language.

Group exhibitions include ‘Whitney Biennial: Quiet as It’s Kept’, curated by David Breslin and Adrienne Edwards; ‘A Clearing in the Forest’, The Tanks at Tate Modern, London; and ‘Breaking the Mould: Sculpture by Women since 1945’, an Arts Council Collection Touring Exhibition (2021–ongoing).