In Chilean artist Vicente Matte’s paintings, figures glide and float through hazy, coloured landscapes. The rounded shapes of their bodies mirror those of their surroundings, their expressions and actions not revealing where they’ve been or where they’re going. 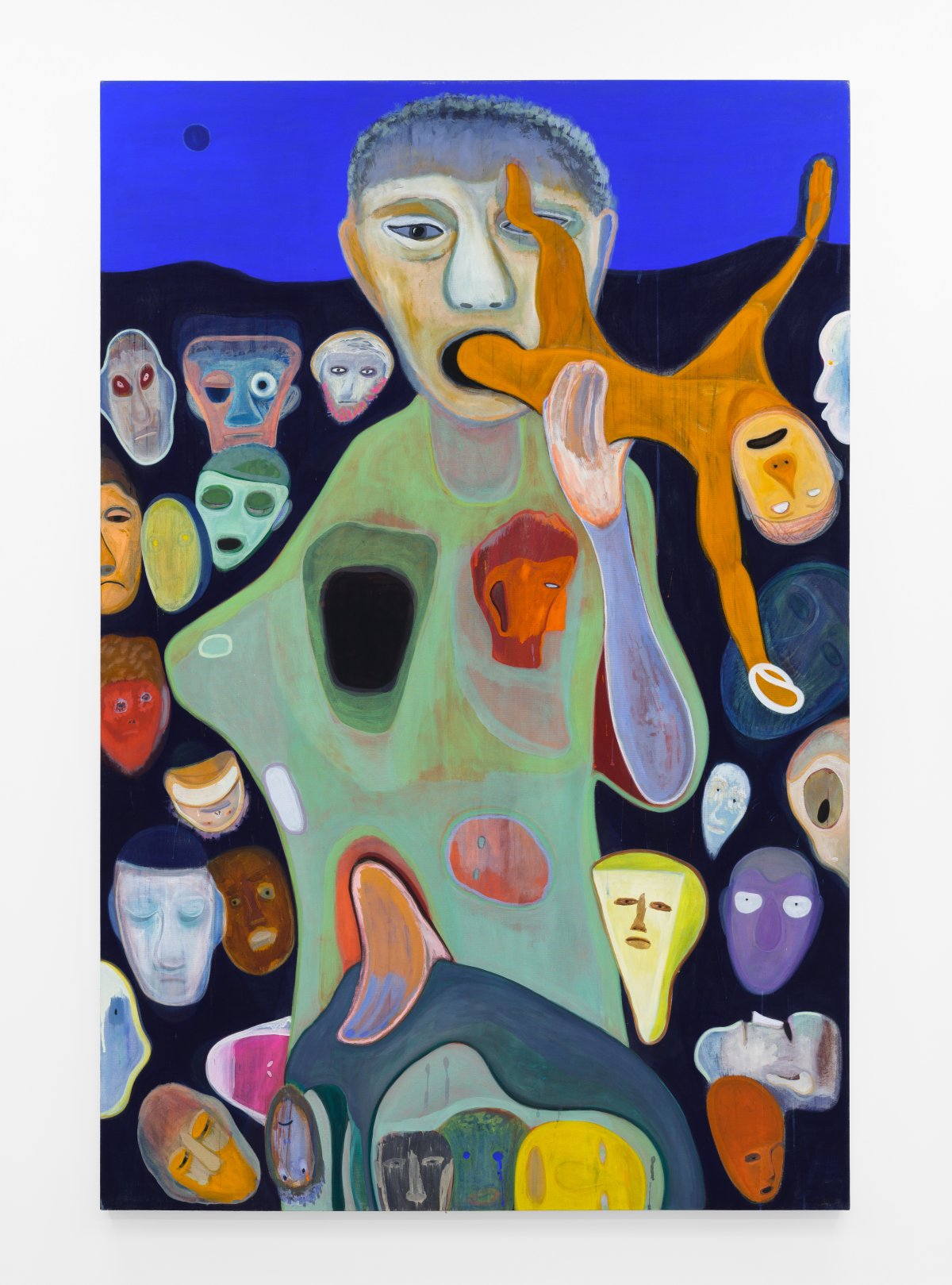 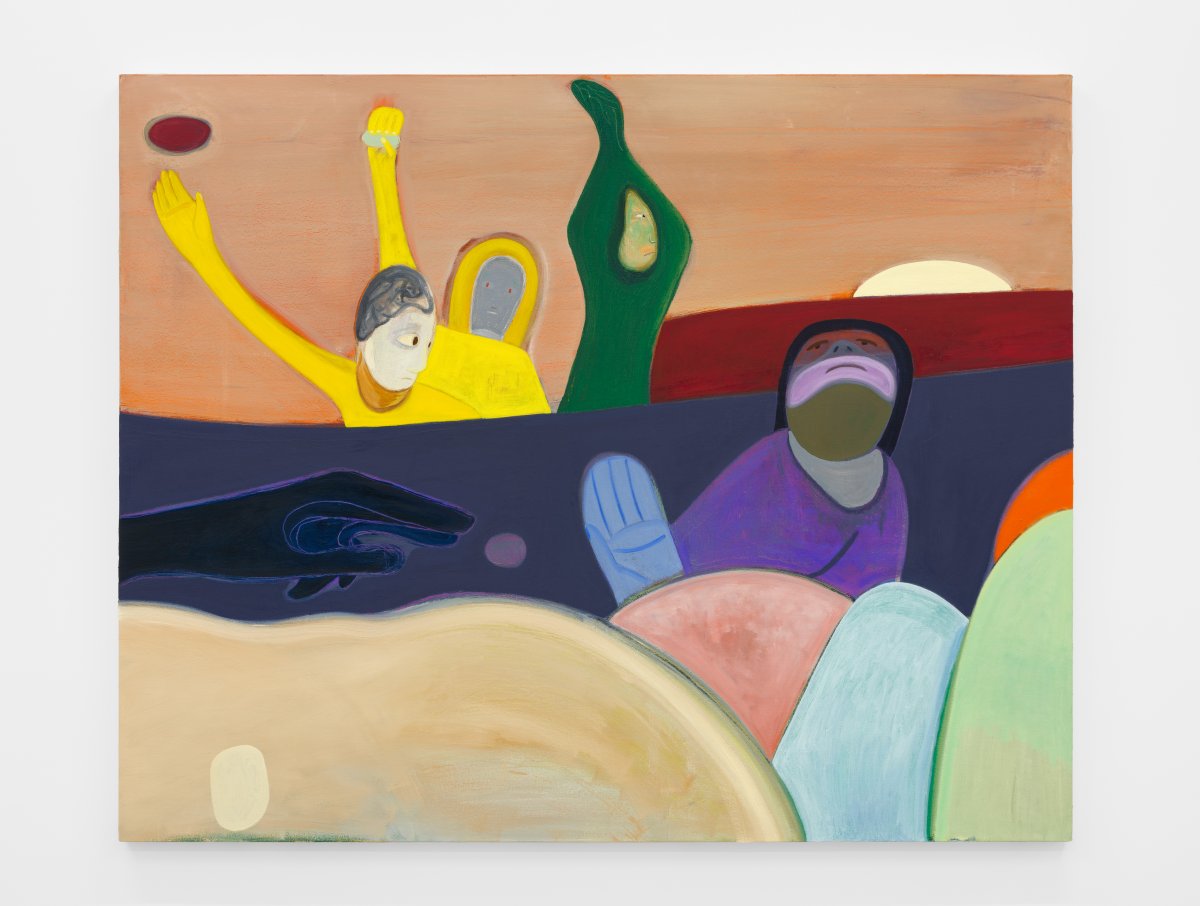 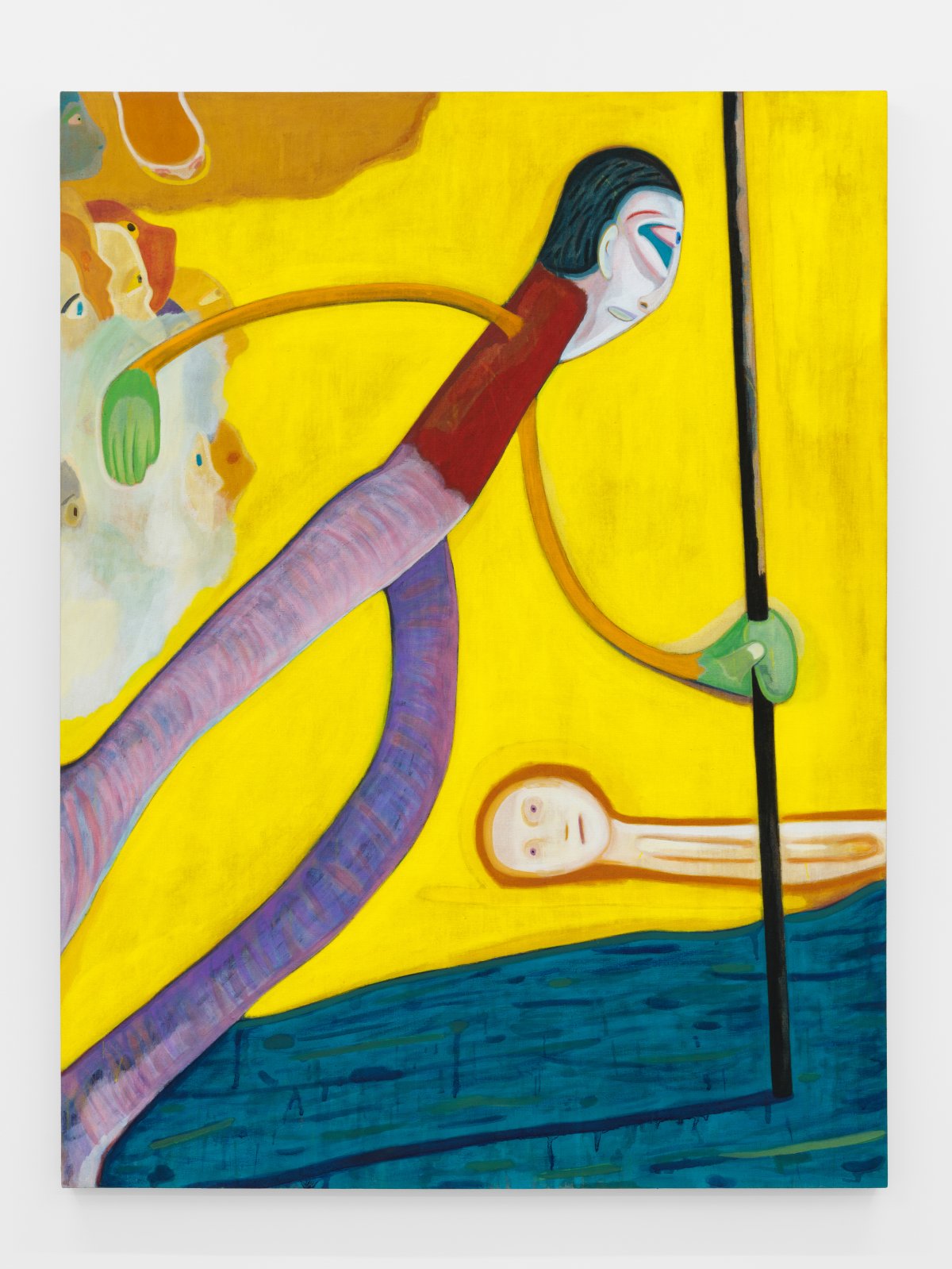 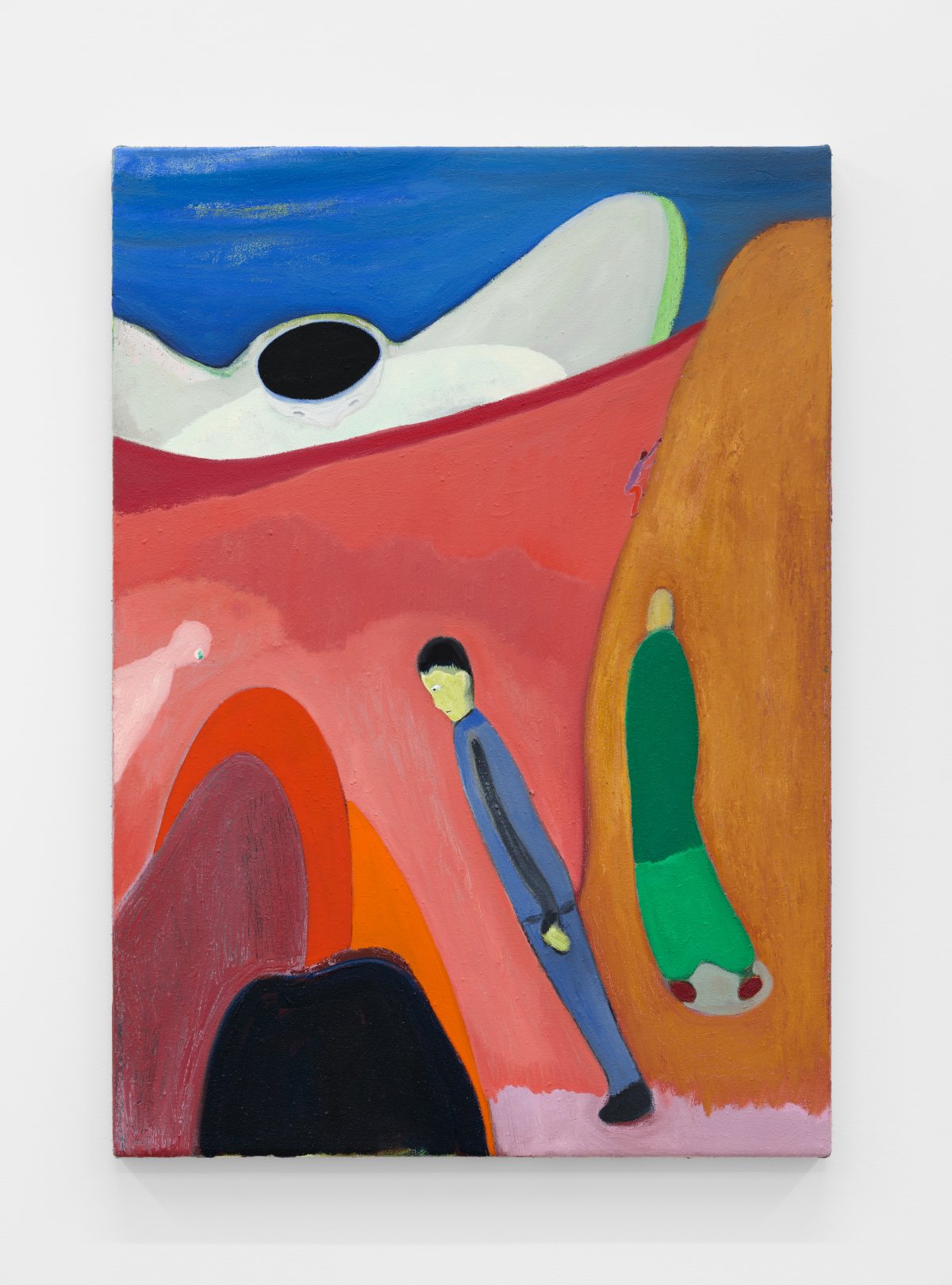 Vicente Matte
Behind the hill, 2022 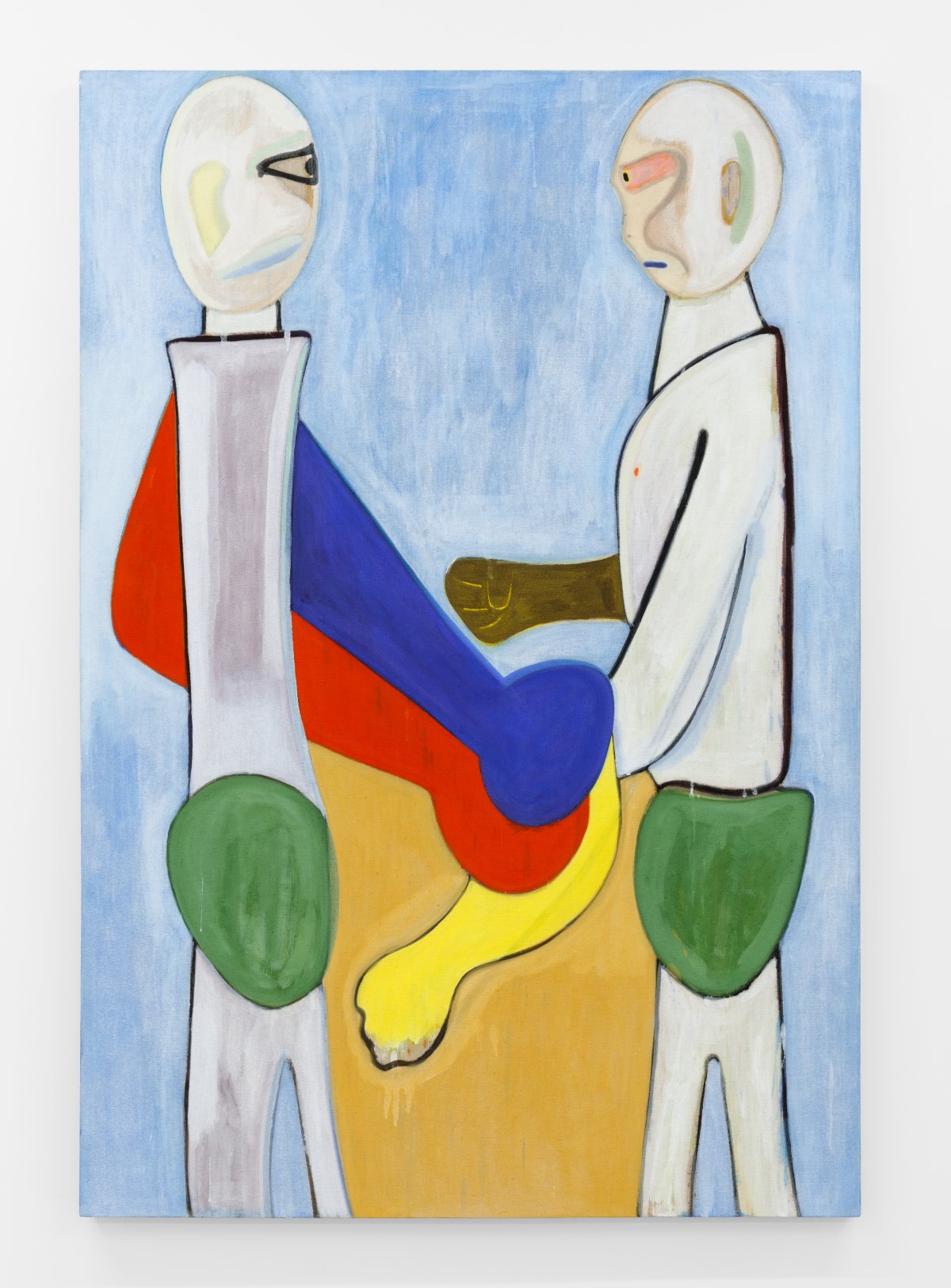 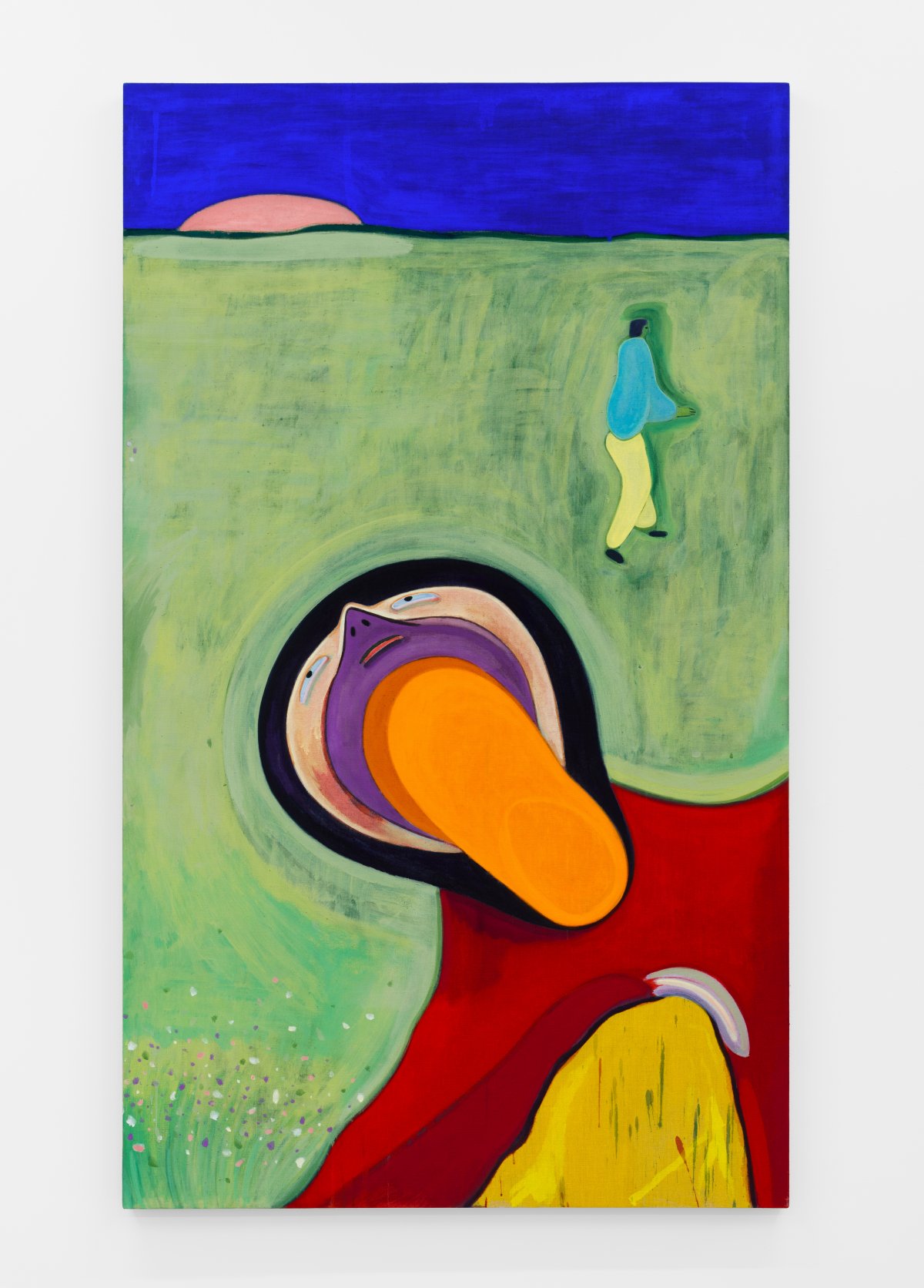 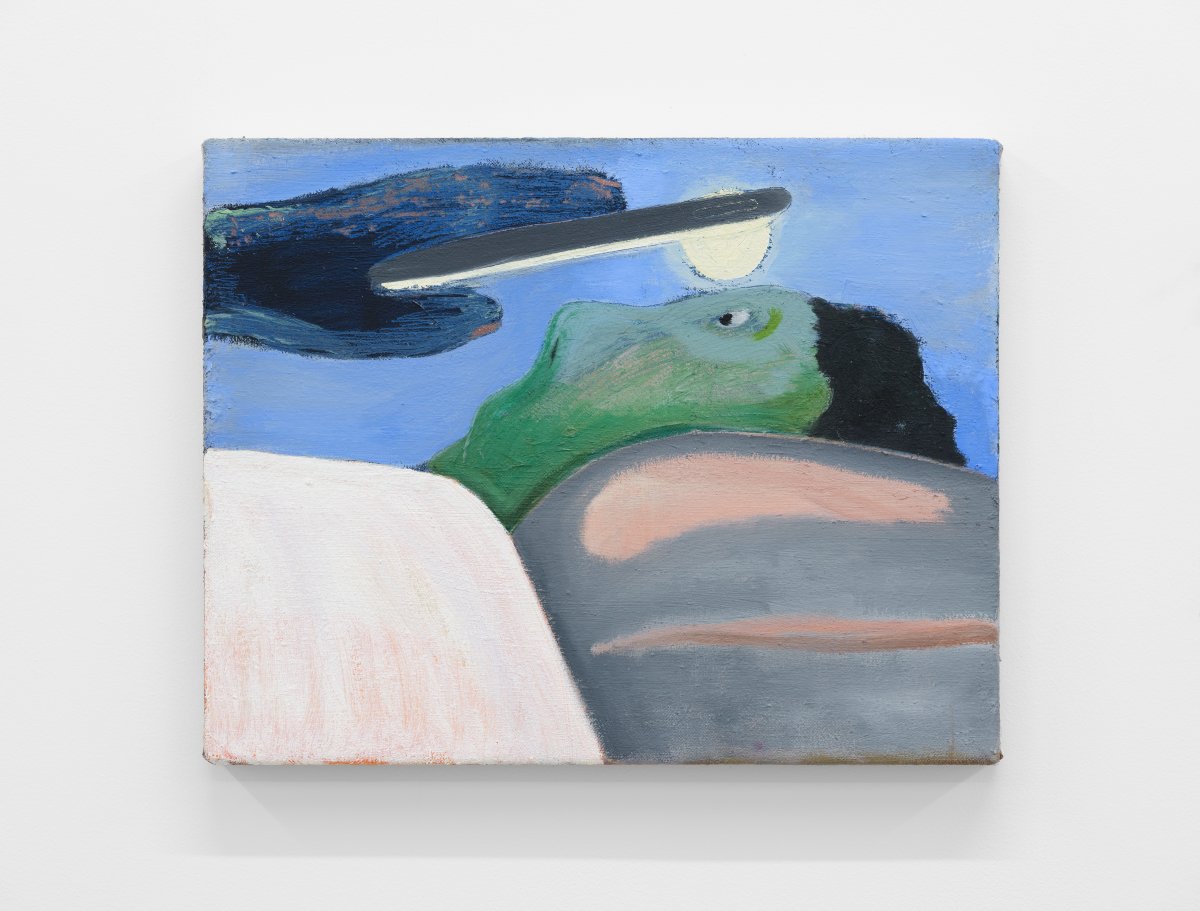 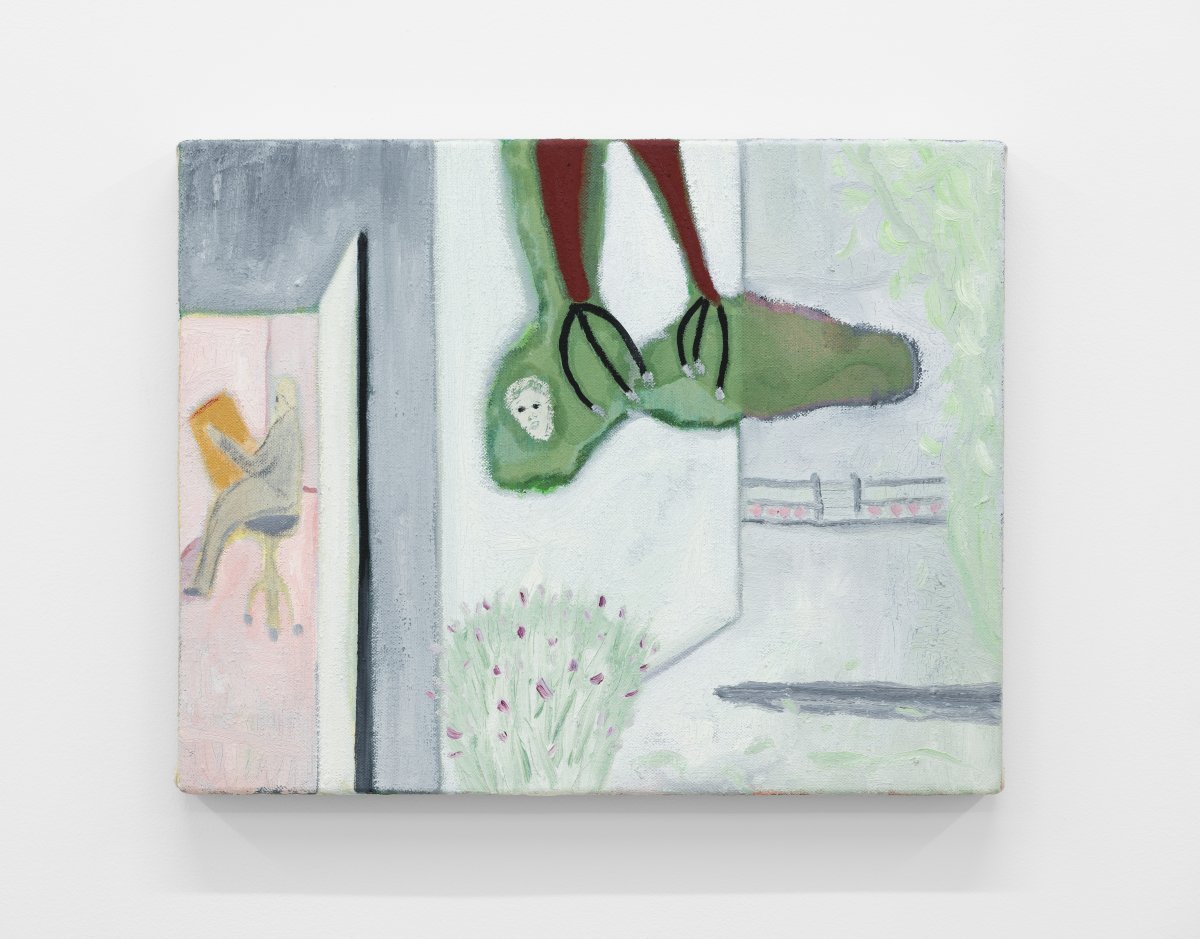 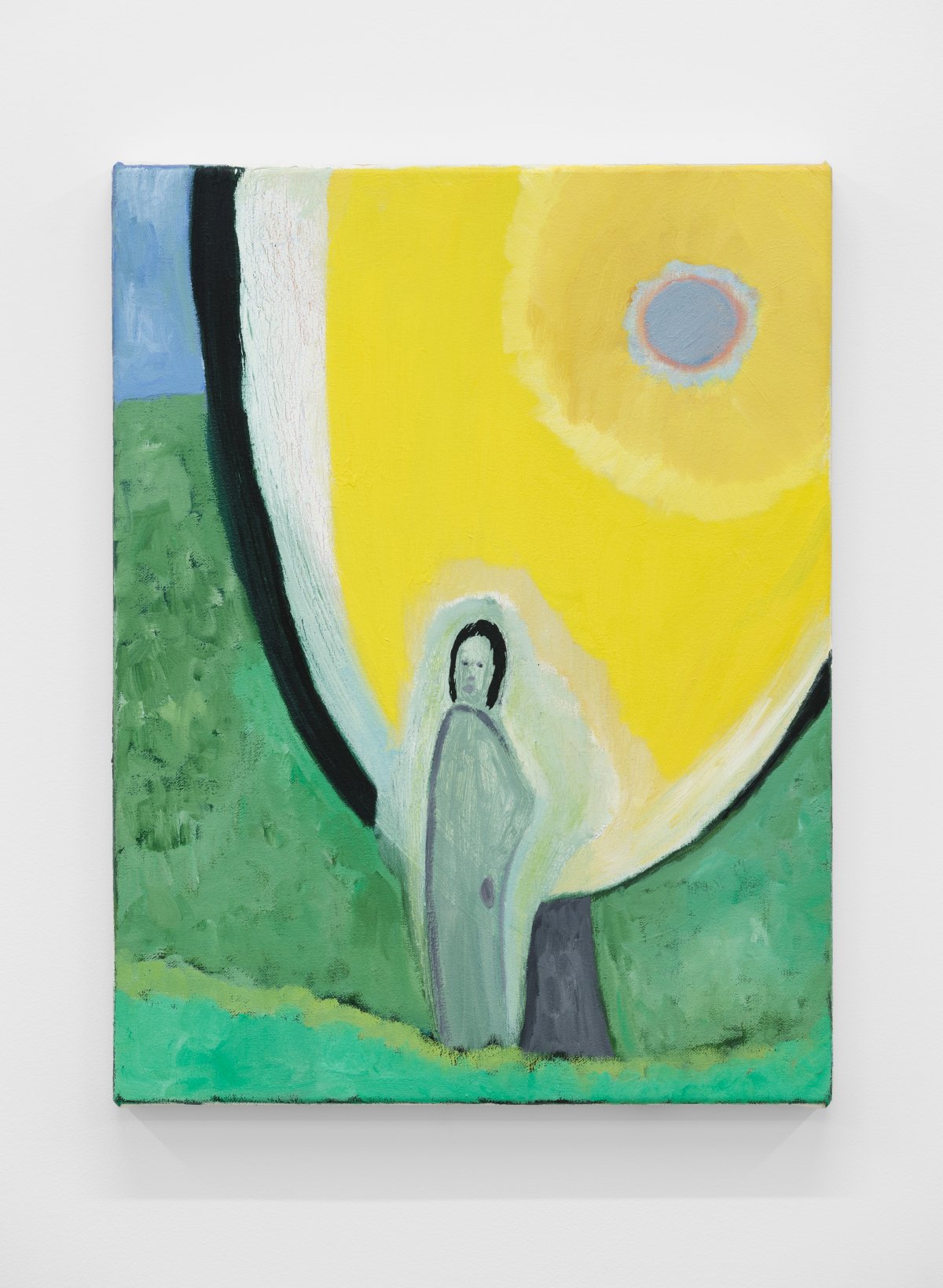 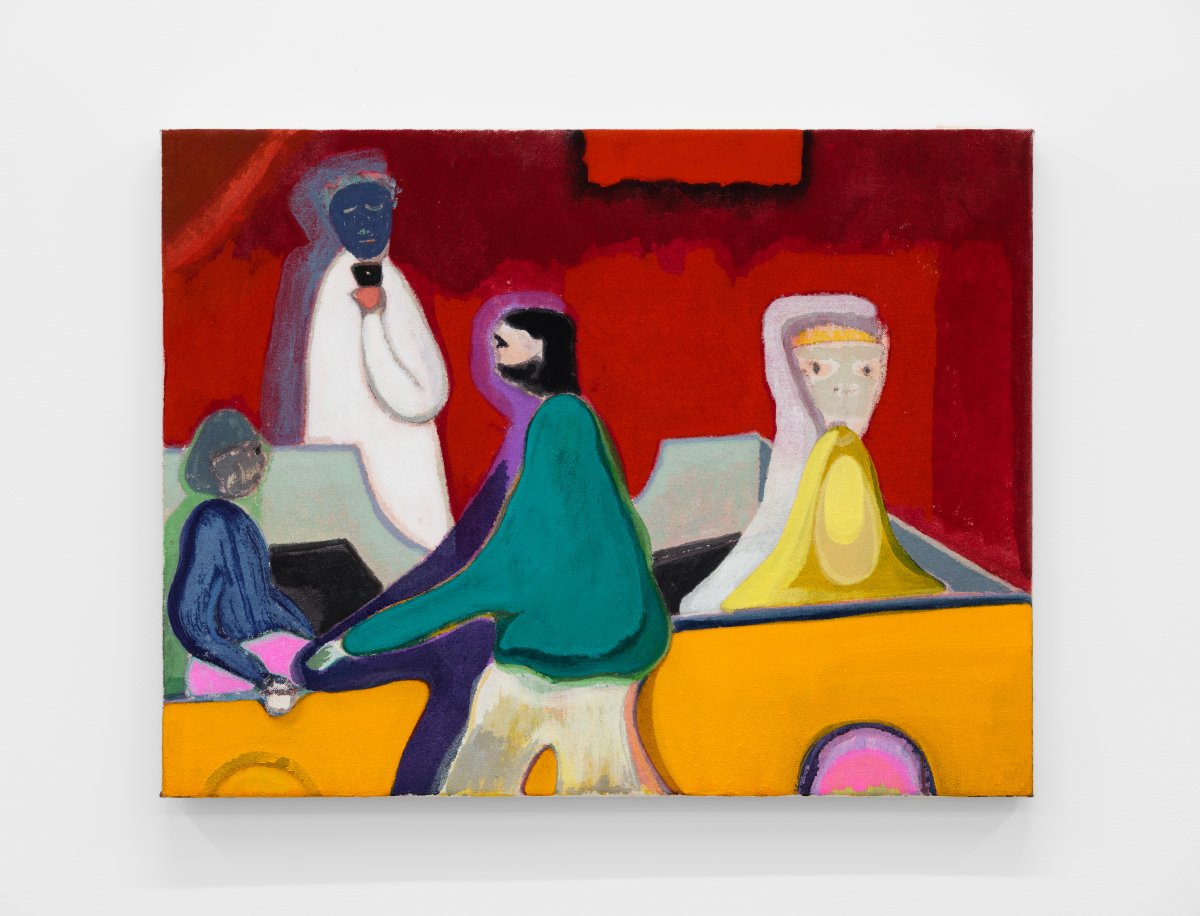 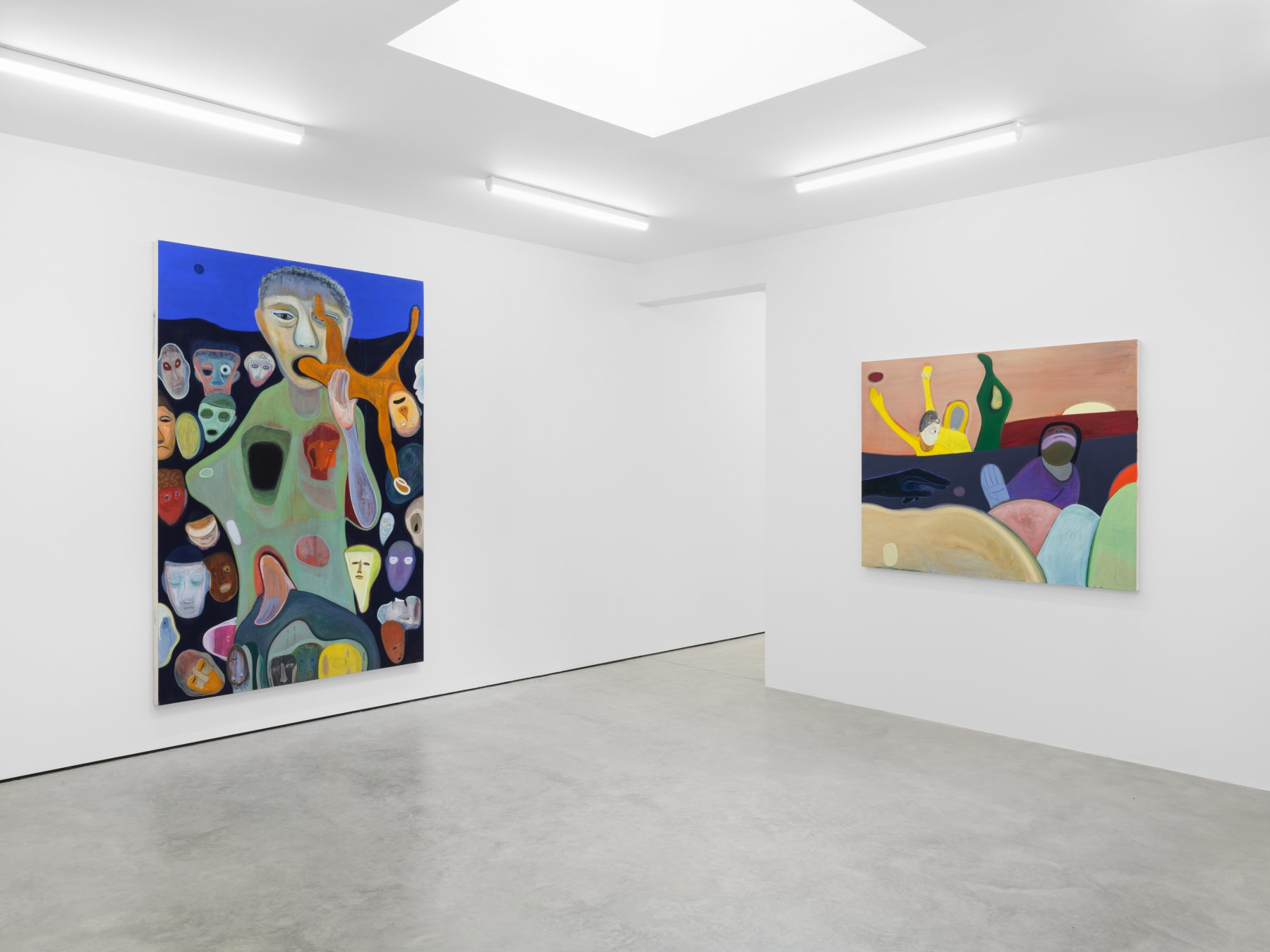 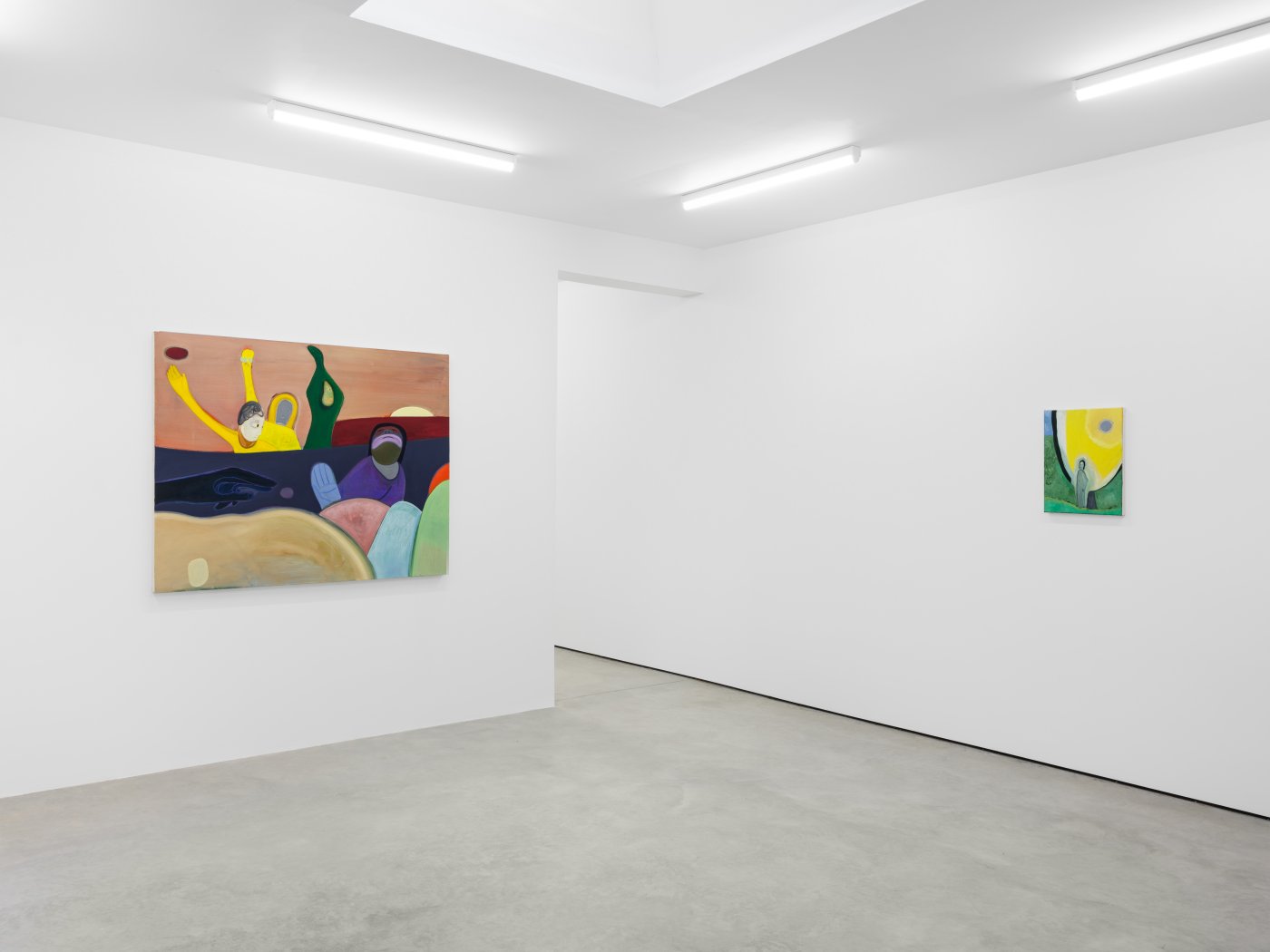 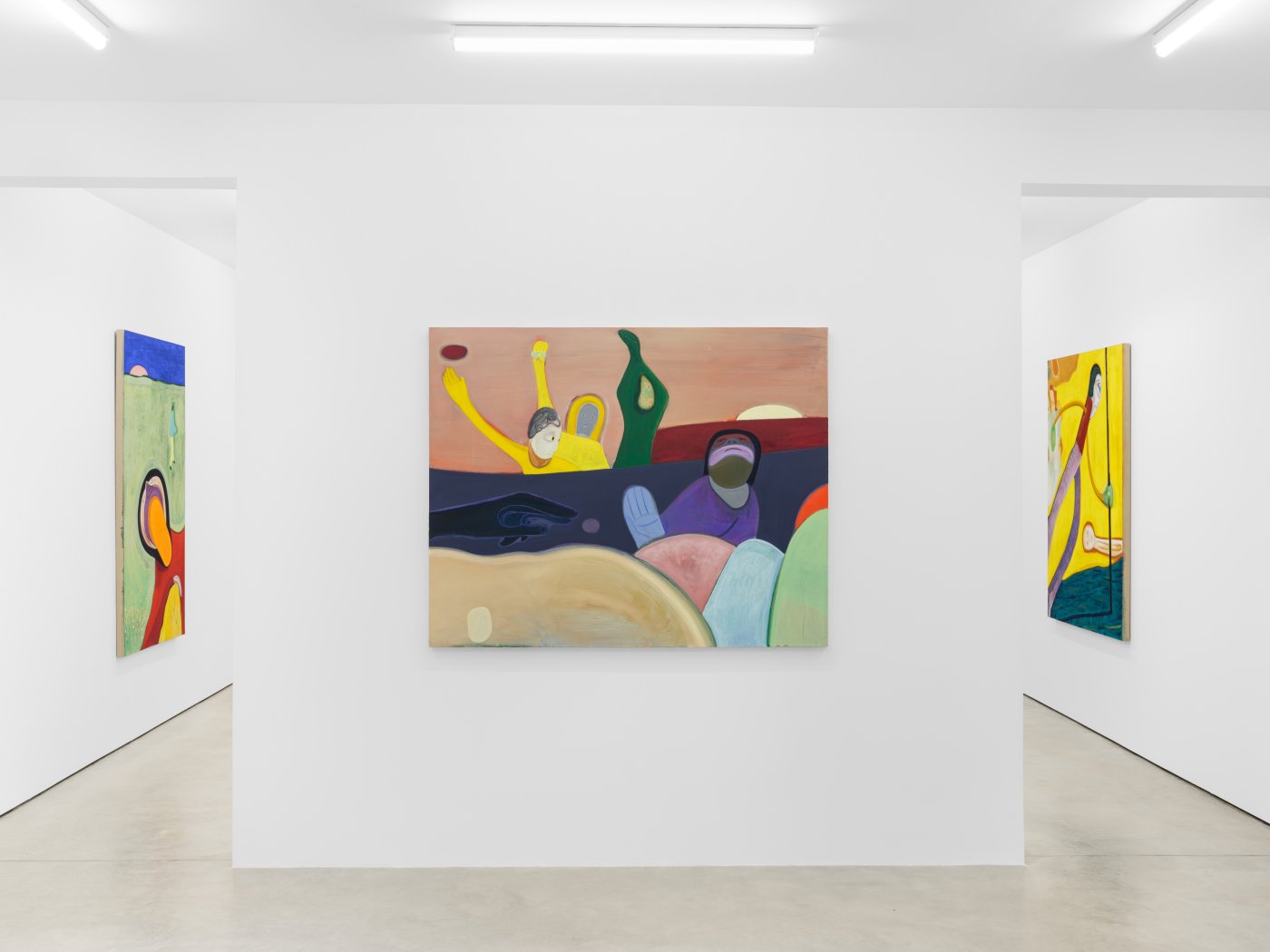 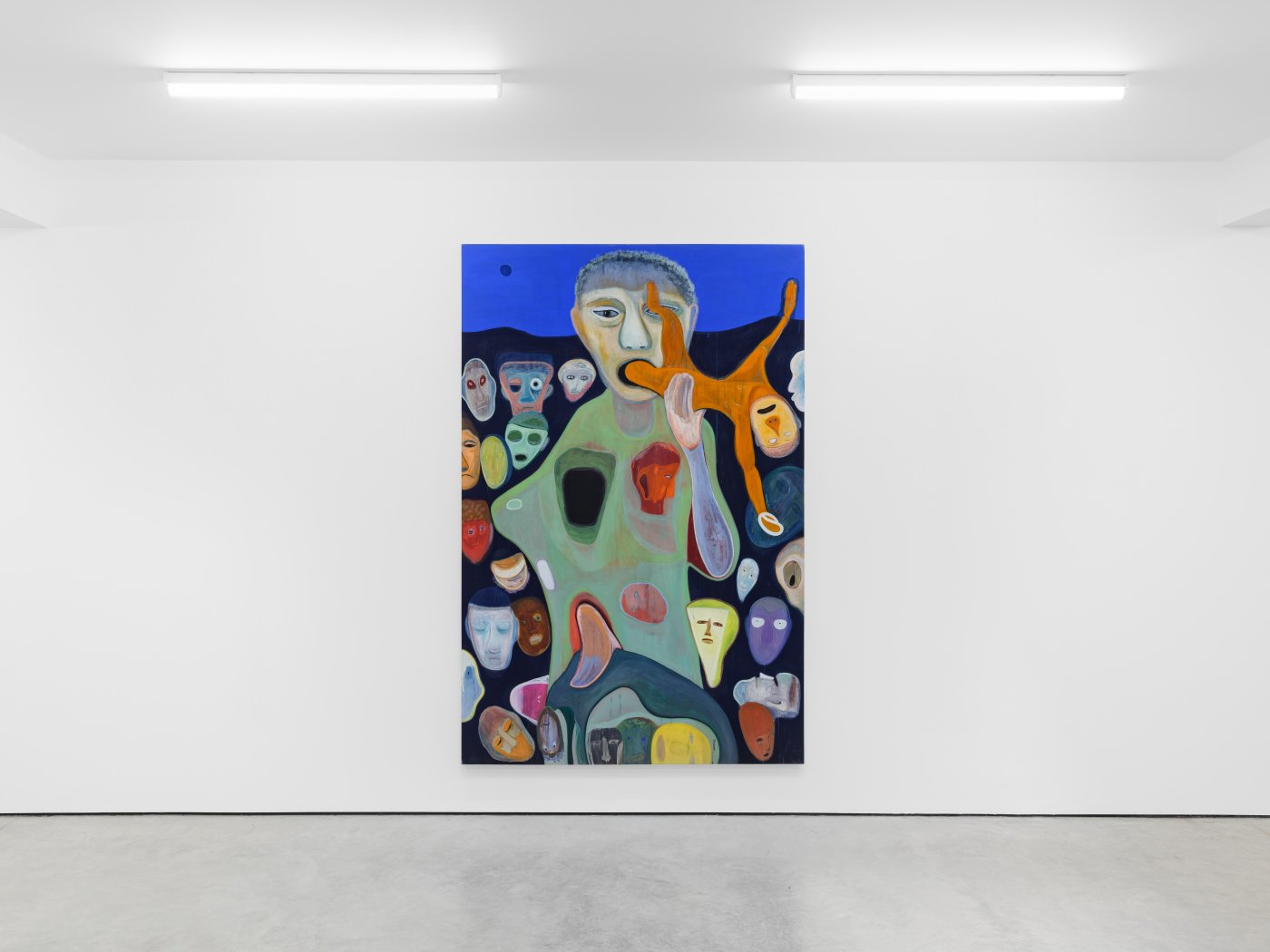 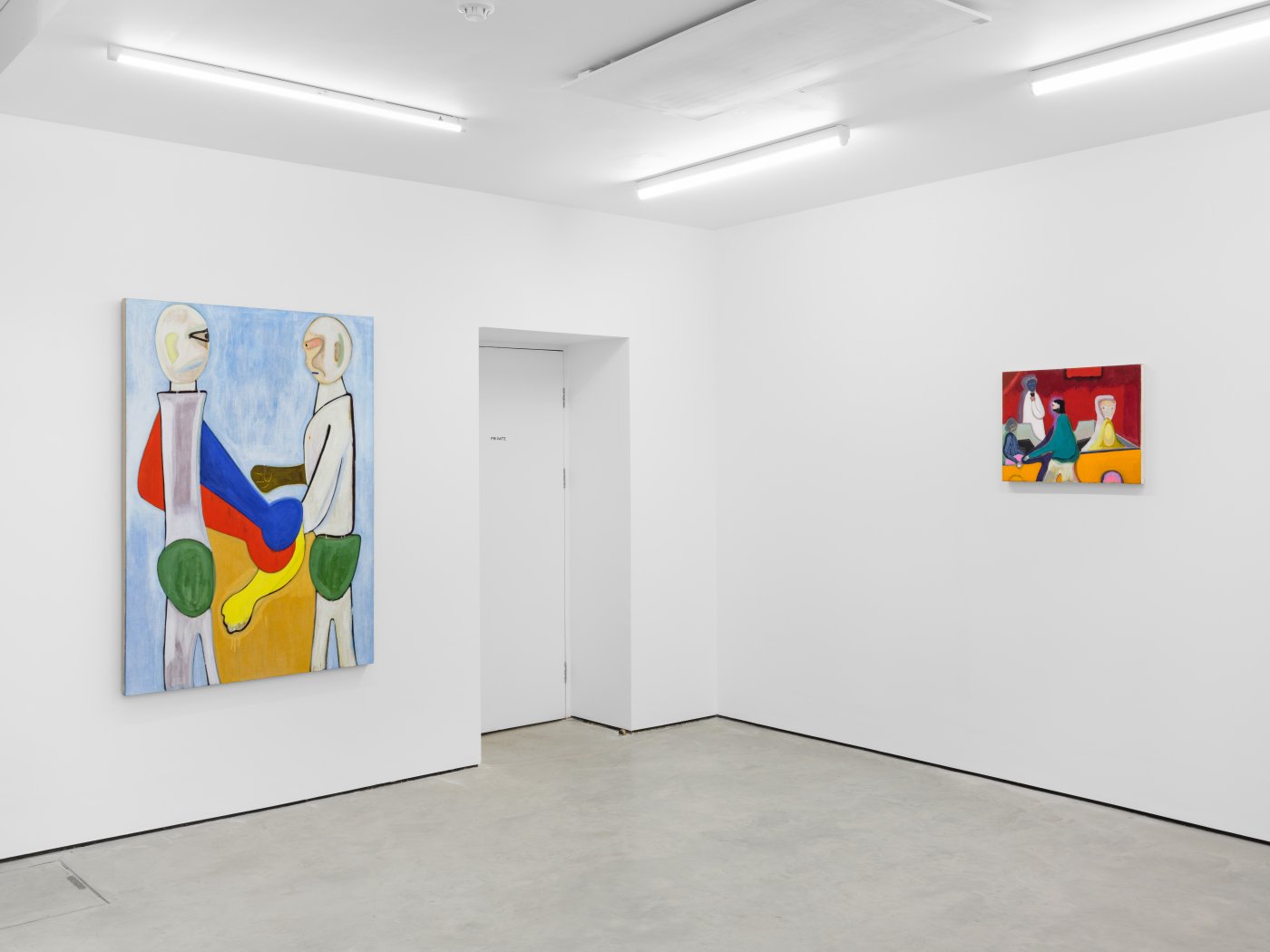 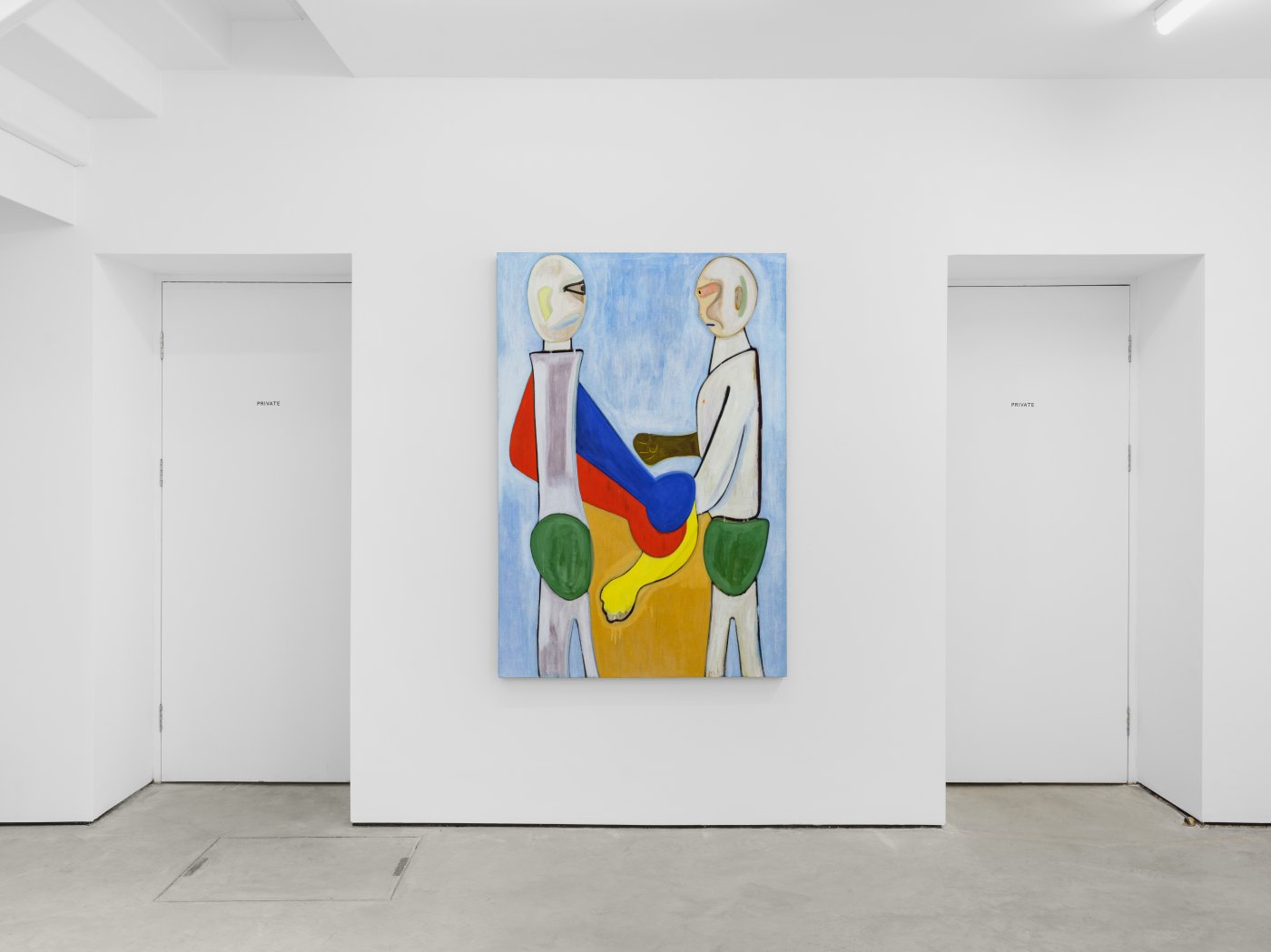 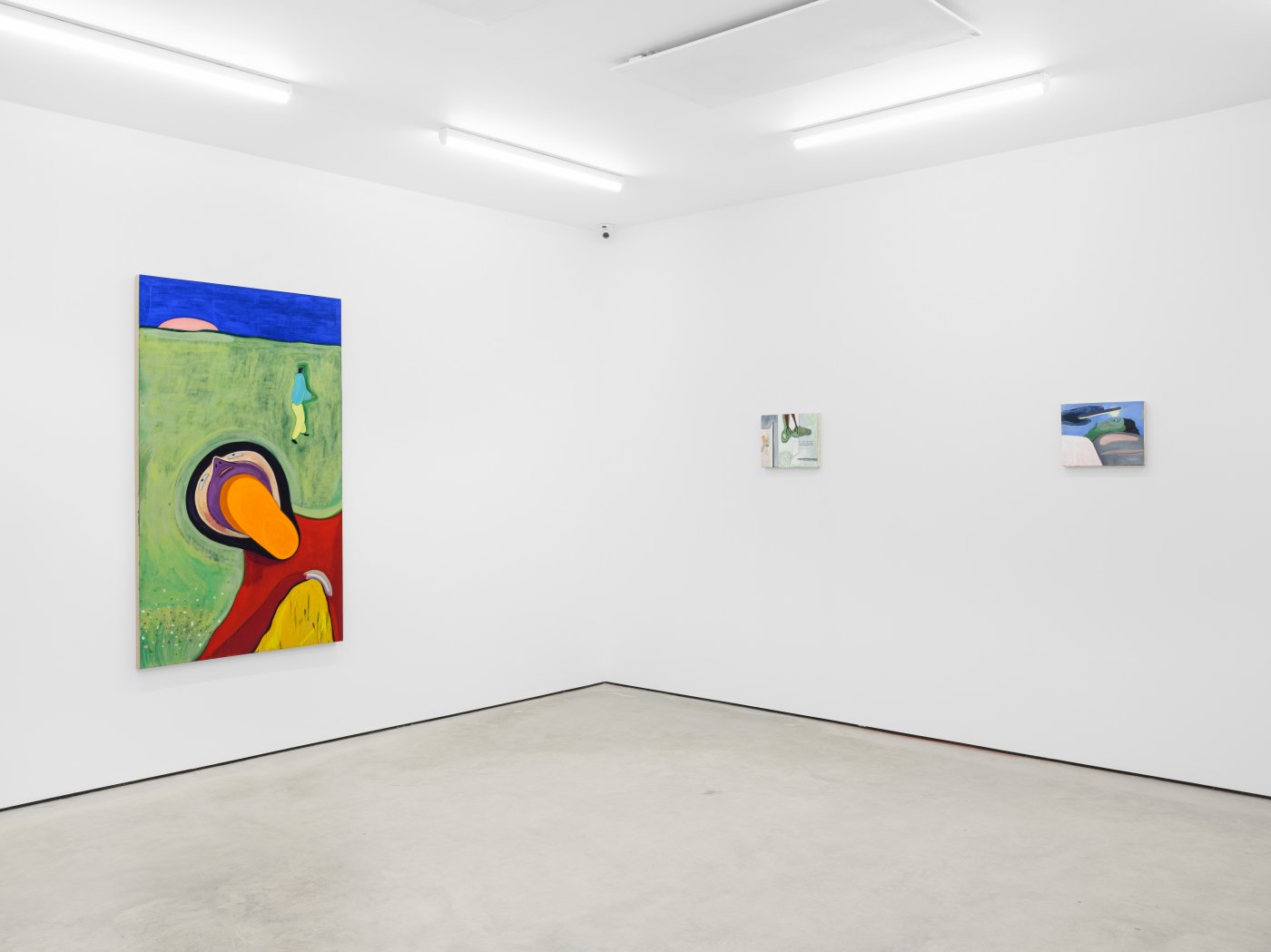 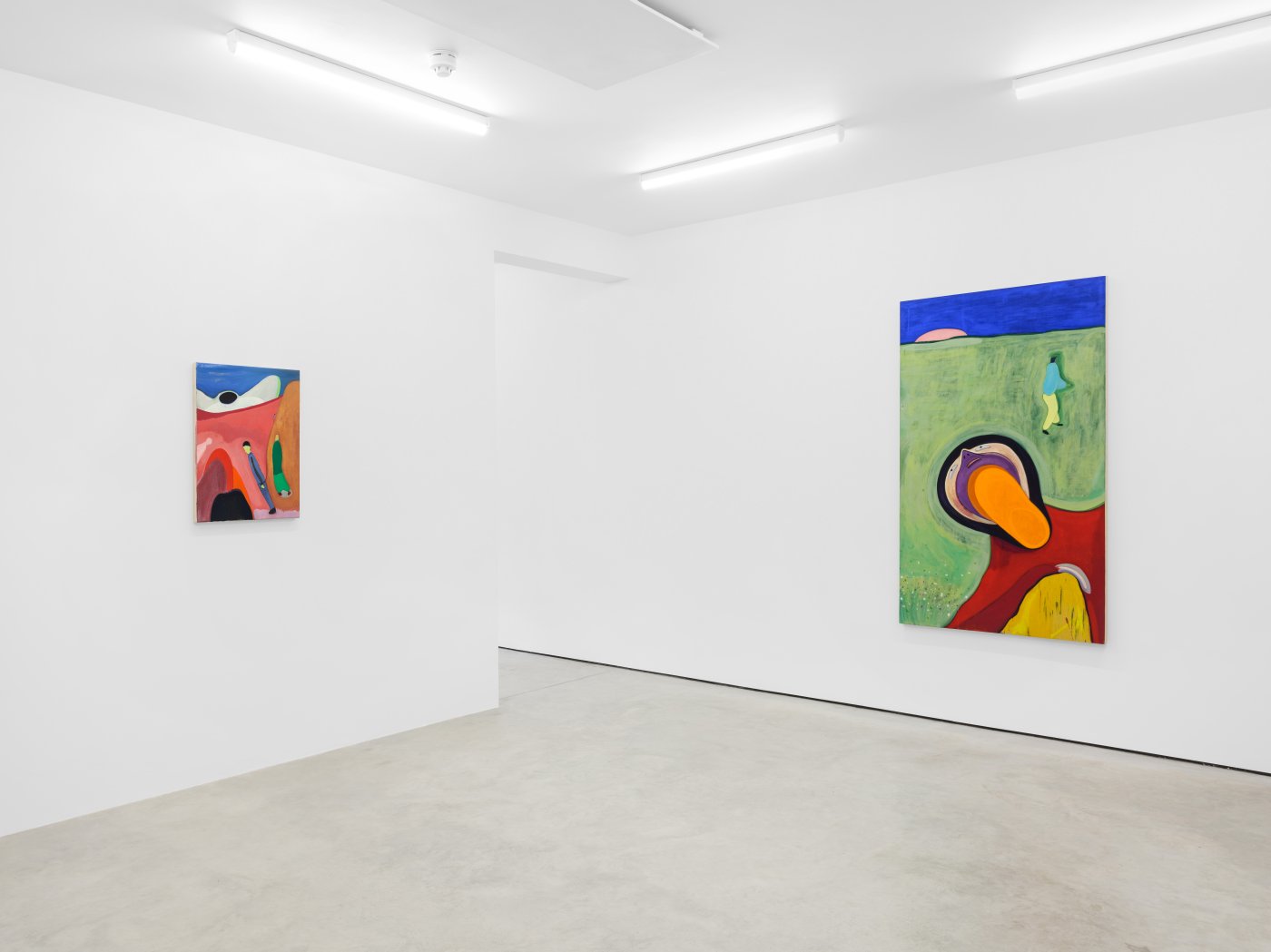 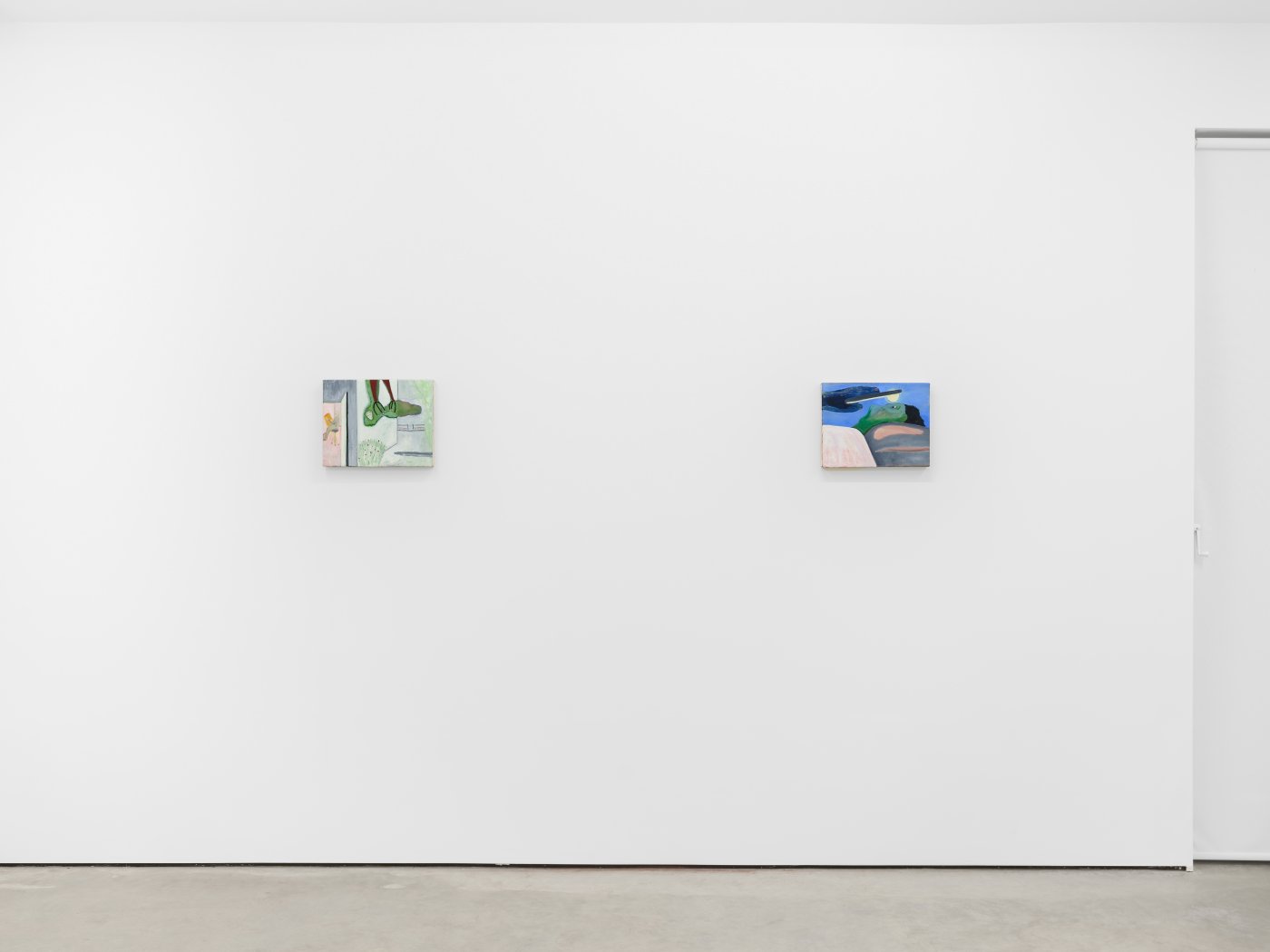 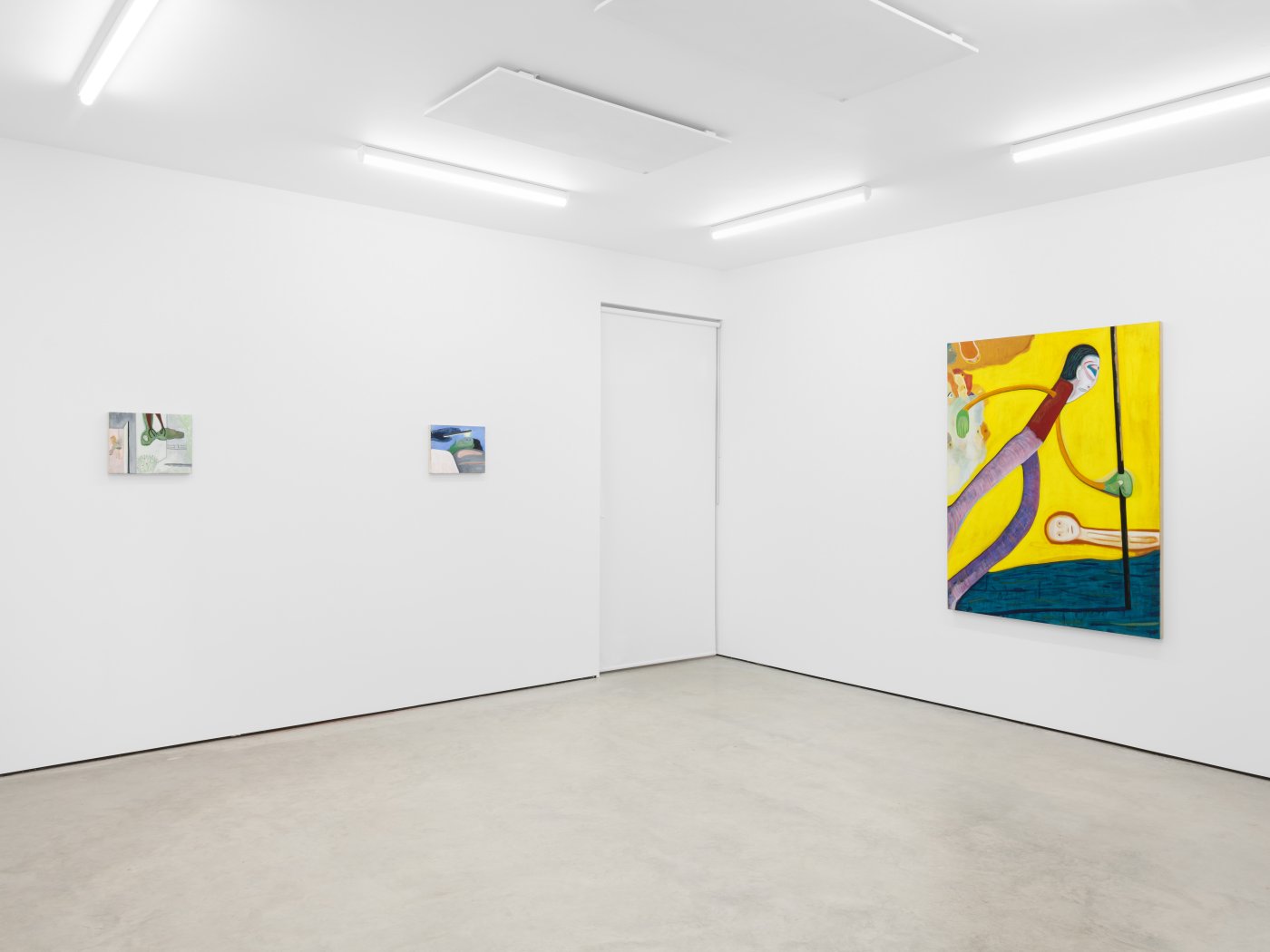 For his first solo exhibition in London at MAMOTH, Matte represents human beings caught between individualism and collectivity. In those paintings portraying multiple figures, the landscape sometimes appears to take over as the main protagonist, the bodies swaying between planes of colour, as in the case of Nightfall Stones (2022).

Among other paintings is the close-up of a figure gazing into their phone, titled Bedtime (2022), the weight of solitude translated into a series of distinct shapes. Whether vast landscapes or intimate scenes such as these, Matte succeeds in creating a feeling of expanse, where details are expressed as full, rounded forms.

In this fullness, Matte stamps the irrevocable passing of time. It is a process of distillation; of ‘moving into a place where there are no answers’, to transform colour and light into shapes that shift between abstraction and figuration. Matte views these shapes as projections, referencing American painter Amy Sillman, who said that ‘your shadow is your personal shape’.

To Matte, ‘Shadows are nothing but a projection of something’ – an expansion that gives a quiet monumentality to his projections, which sit at the intersection between past, present and future. ‘These works don’t explain anything,’ Matte asserts. ‘They are, above all, questions.’

Rendered in distemper and oil, their surfaces reflect processes of layering and removal, amounting to a temporal density. Created in a self-built studio at the bottom of Matte’s garden in Santiago, Chile, these paintings embody the fluid interconnection between art and life and the fullness of experience, with all its joys, frustrations and everything in between.

Born in 1987 in Santiago, Chile, Vicente Matteo studied Graphic Techniques at Taller de Artes Visuales T.A.V. Santiago, Chile from 2007 to 2010, followed by fine arts at Finis Terrae University in Santiago from 2010 to 2011. He travelled to Germany in 2014 to study at the Hochschule für Bildende Künste in Hamburg.

Recent solo exhibitions include Todo estrella es una ruina at Galería Patricia Ready, Vitacura, Chile, 2021; Everyone stands alone at the heart of the earth at Tappeto Volante, New York, 2021; and Giróvago at The Intuitive Machine in Santaigo, Chile in 2018.

Matte’s work has been acquired by collections including Stanford University Library, Stanford, USA; Die Bayerische Staatsbibliothek in Munich; Kunstbibliothek, Staatliche Museen in Berlin; and Colección Engel and Colección Ca.Sa, both in Santiago, Chile.

Courtesy of the artist and MAMOTH, London