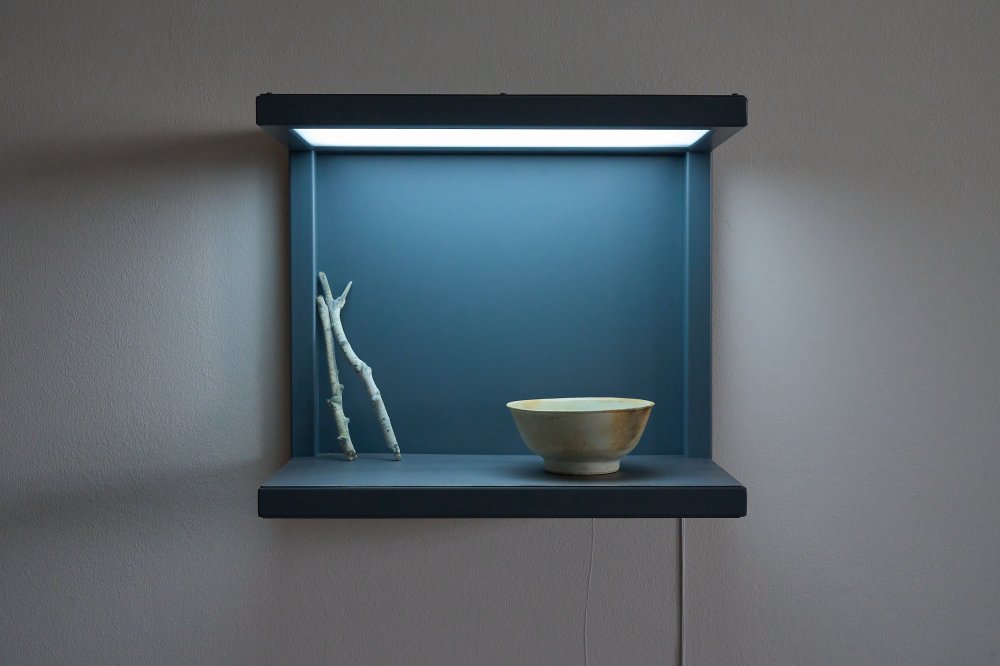 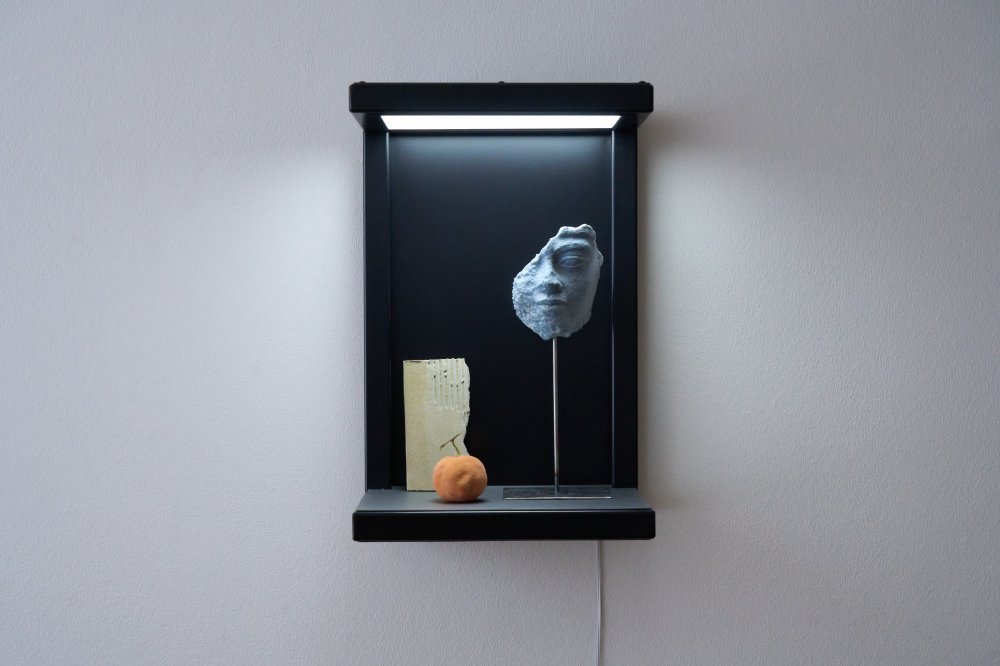 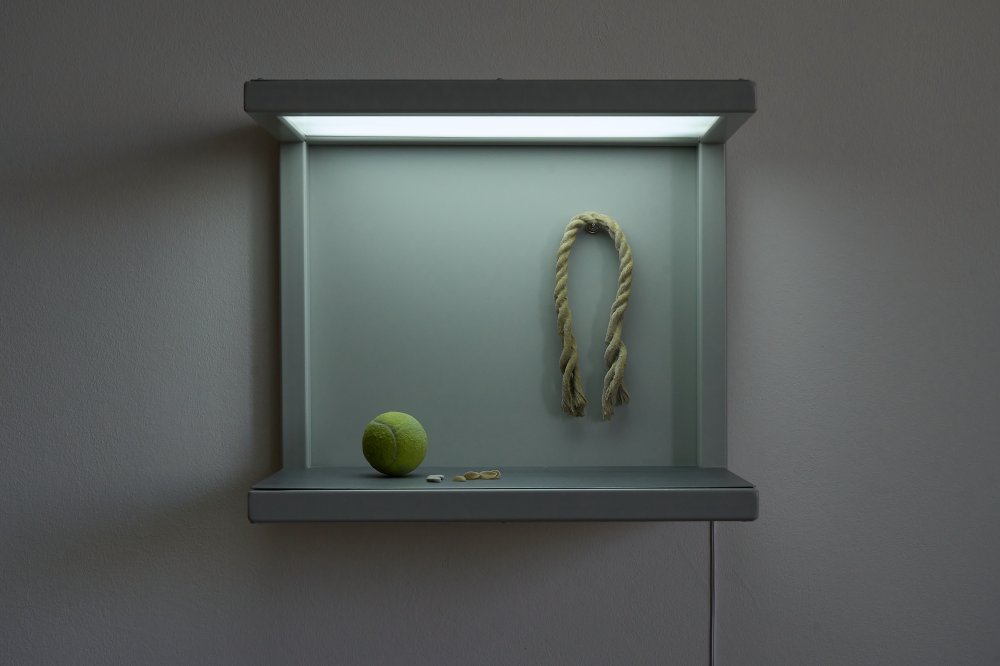 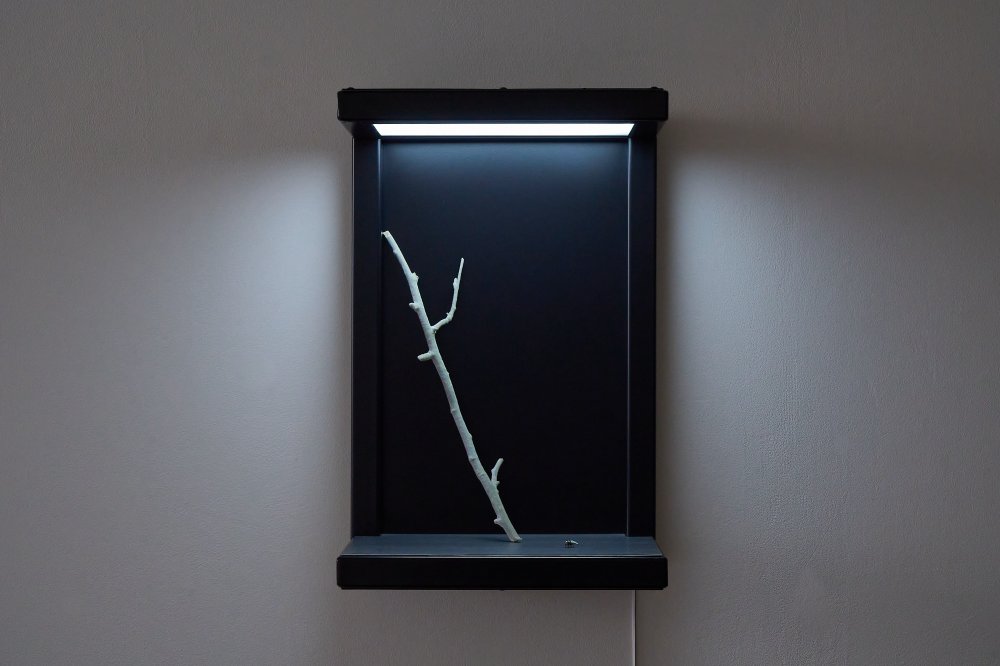 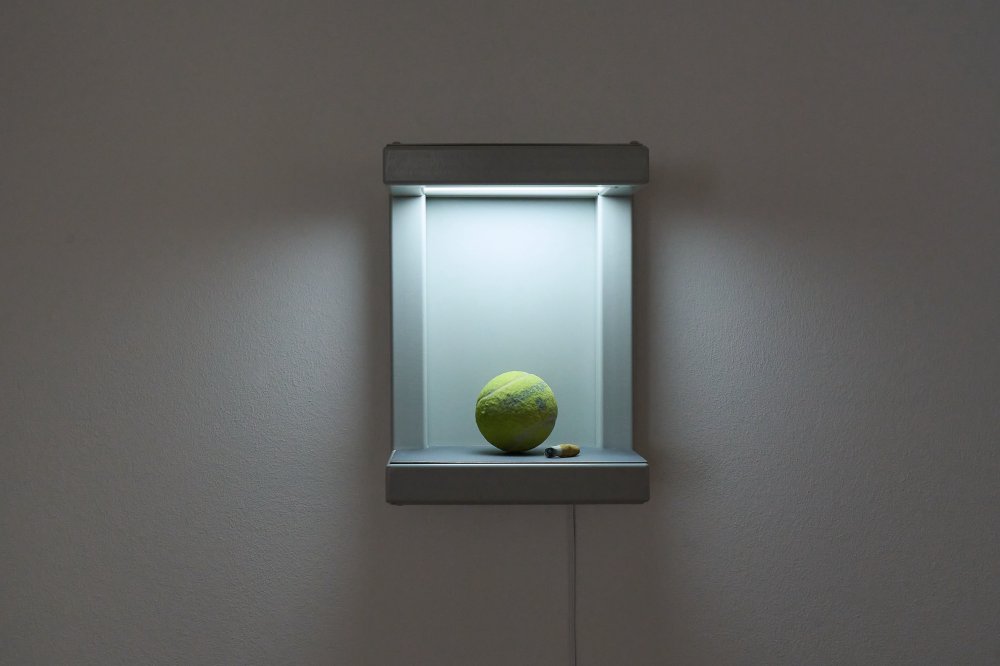 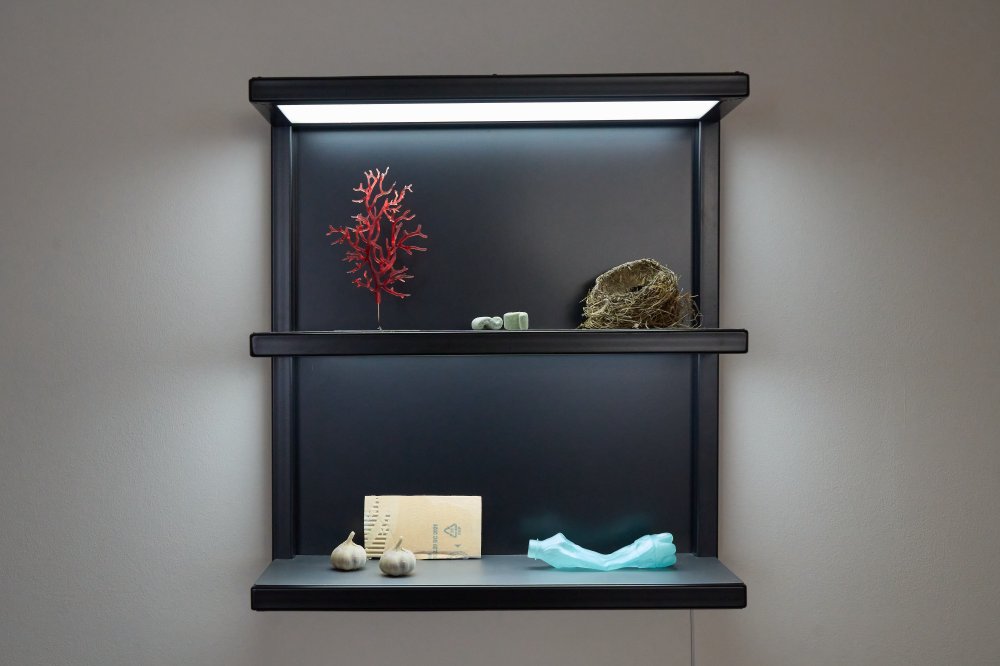 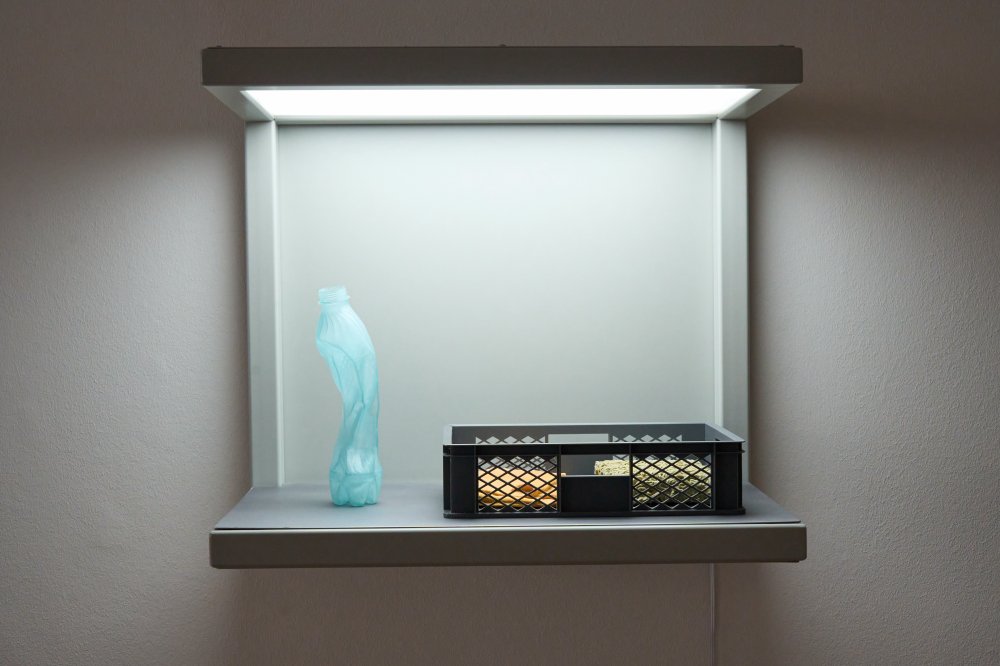 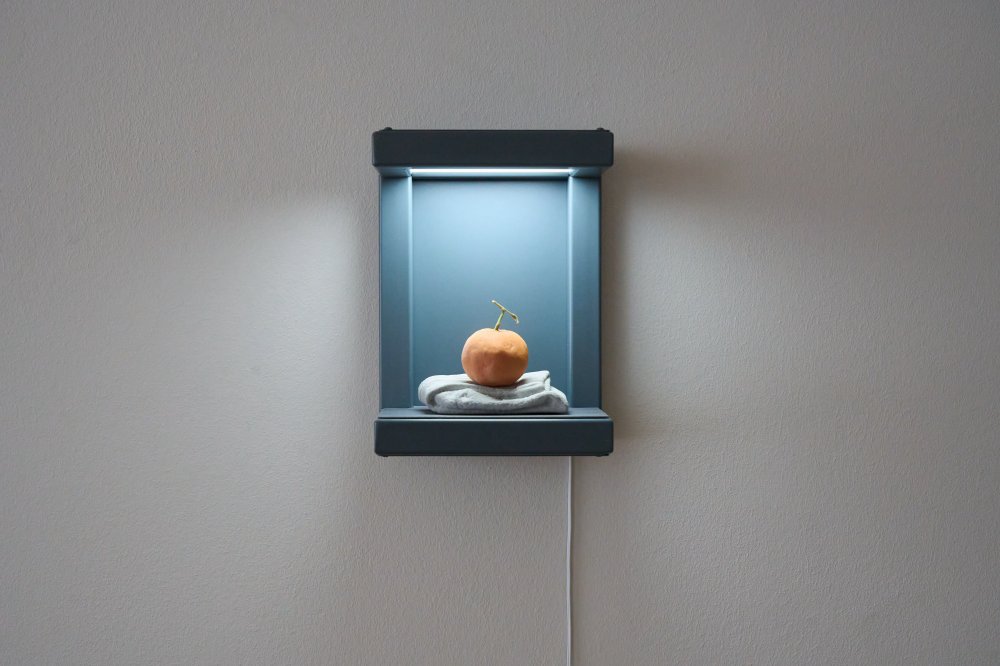 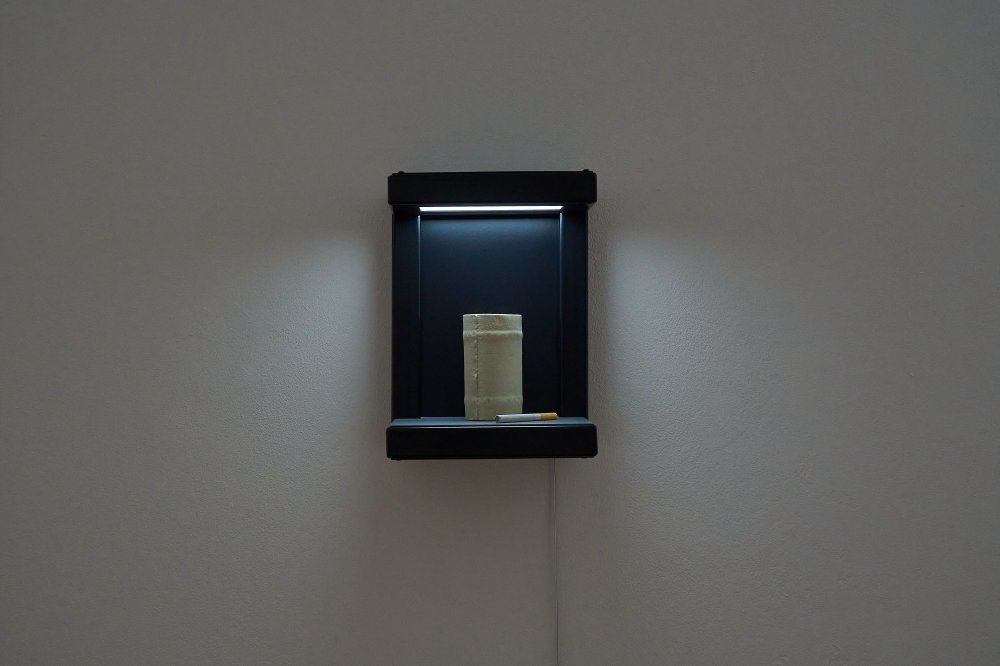 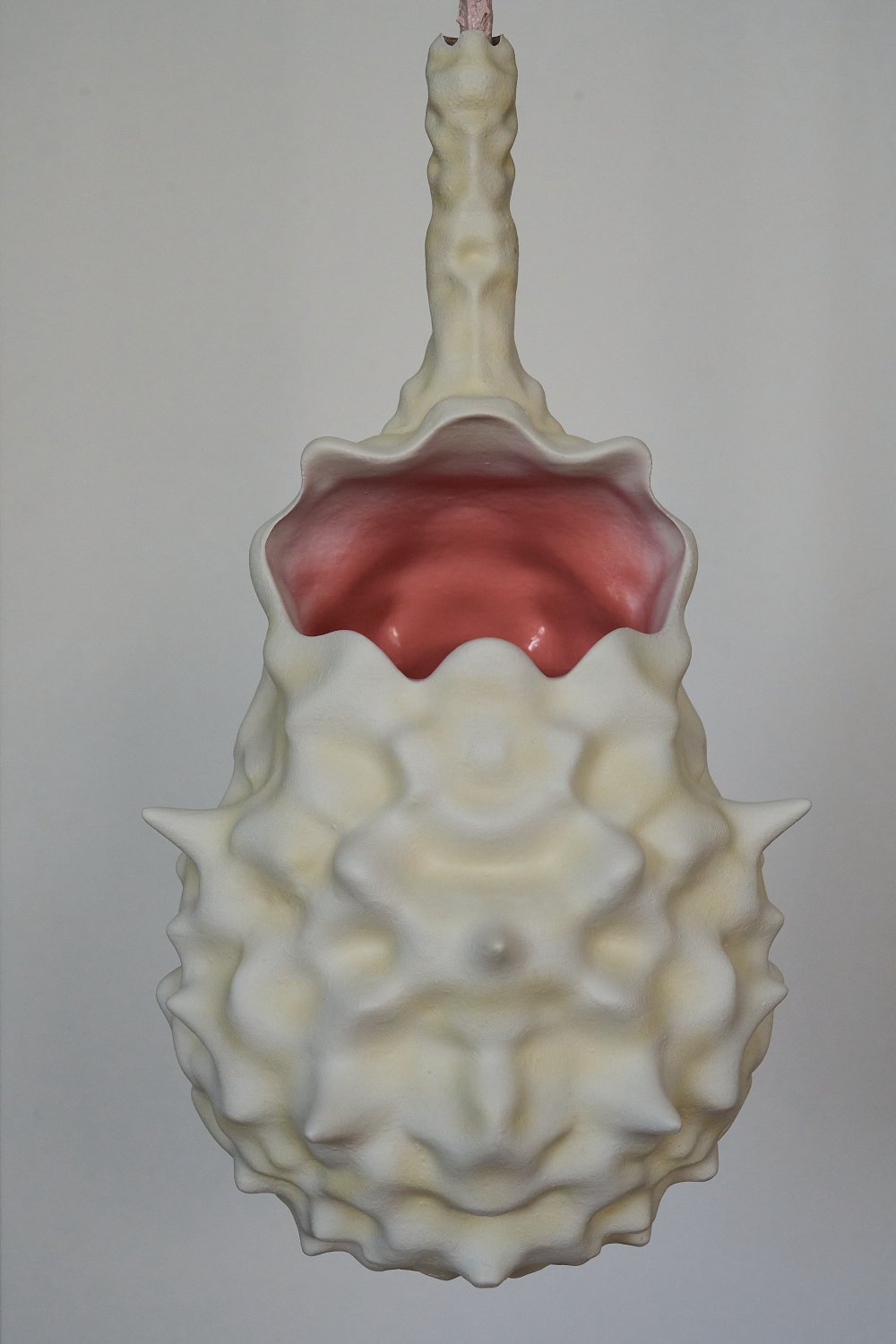 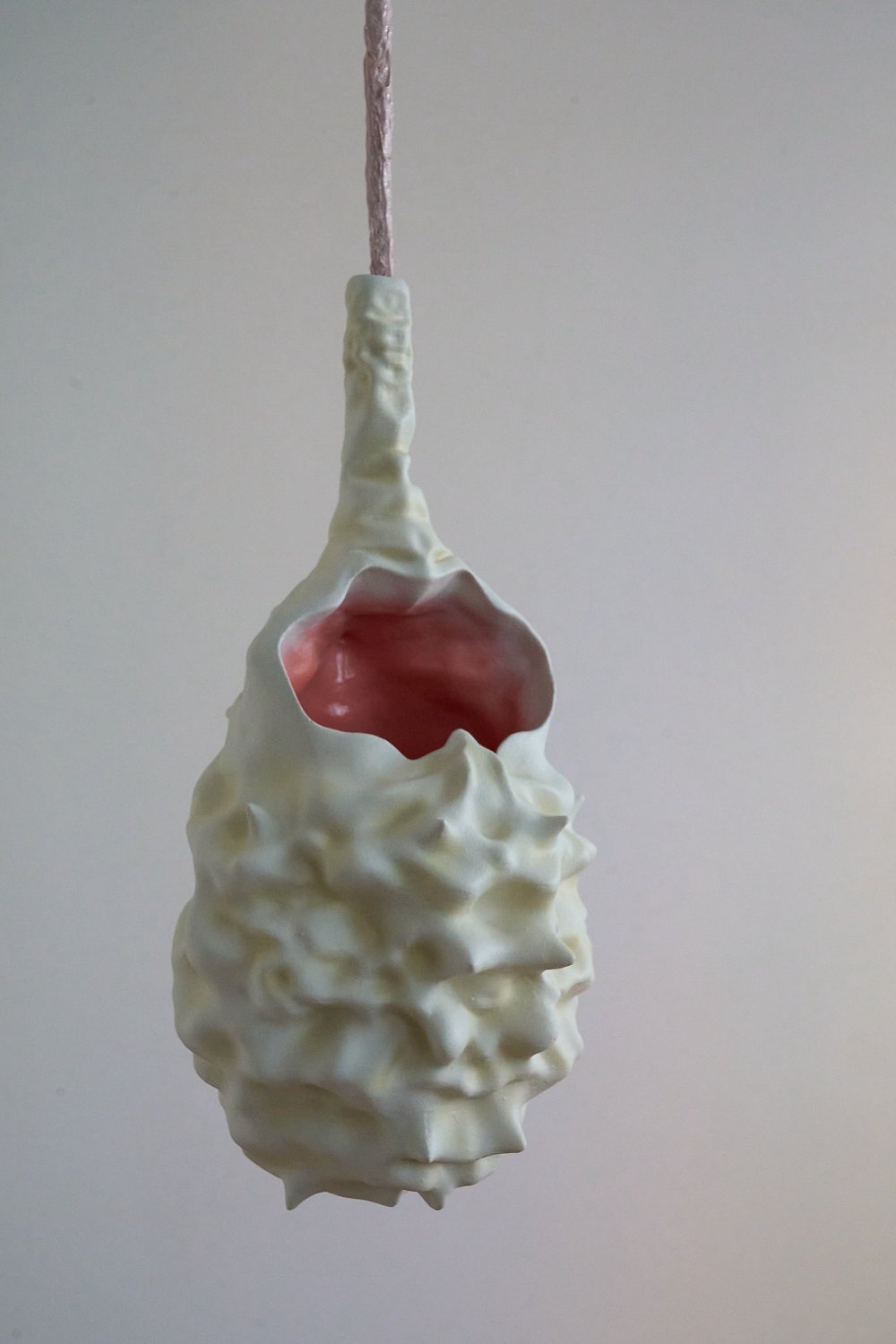 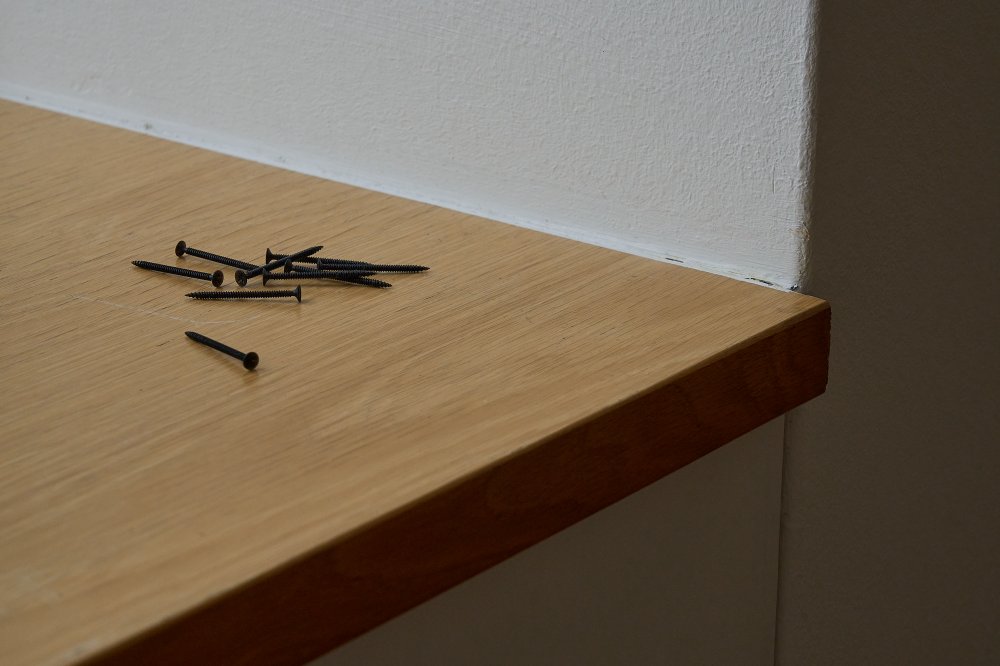 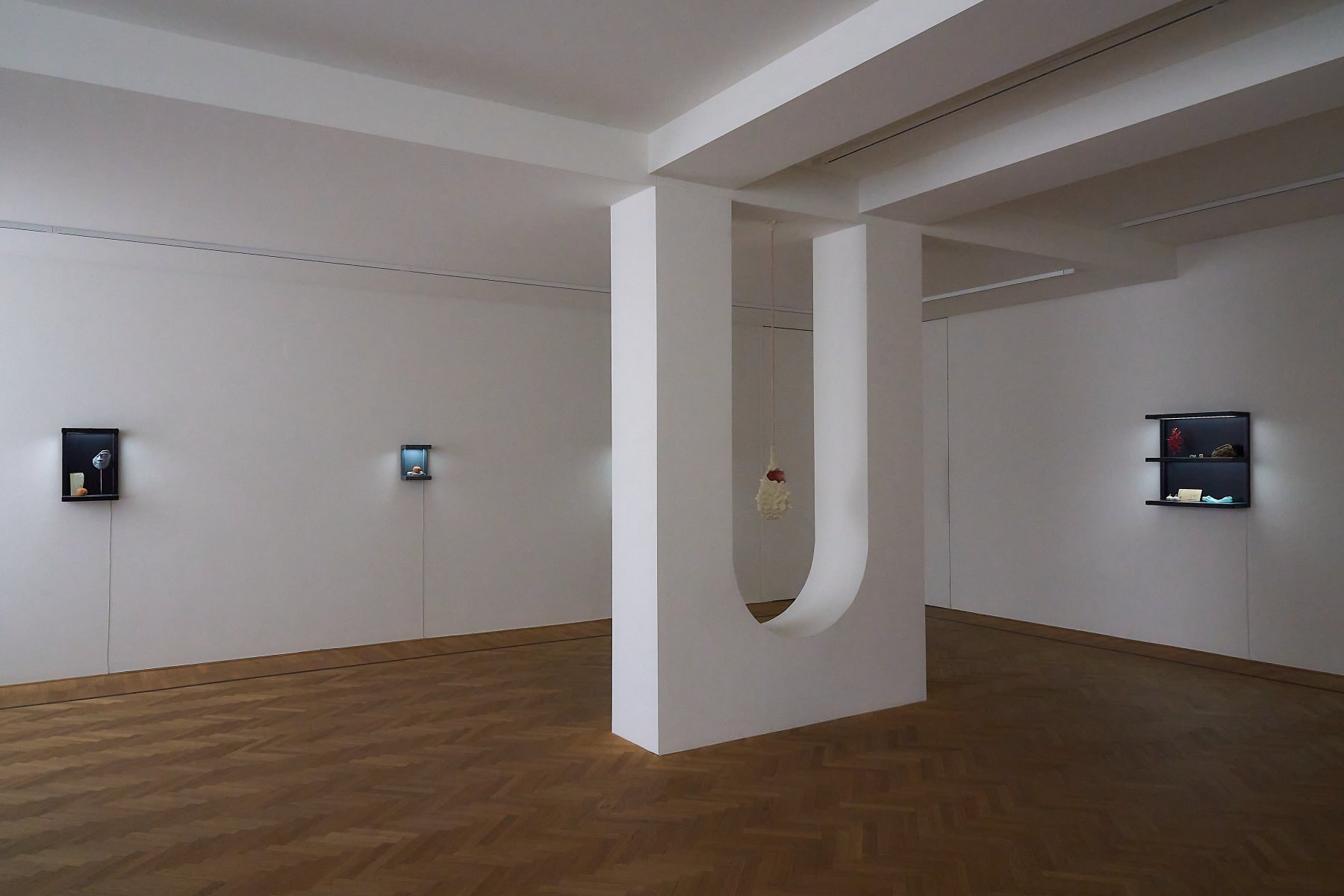 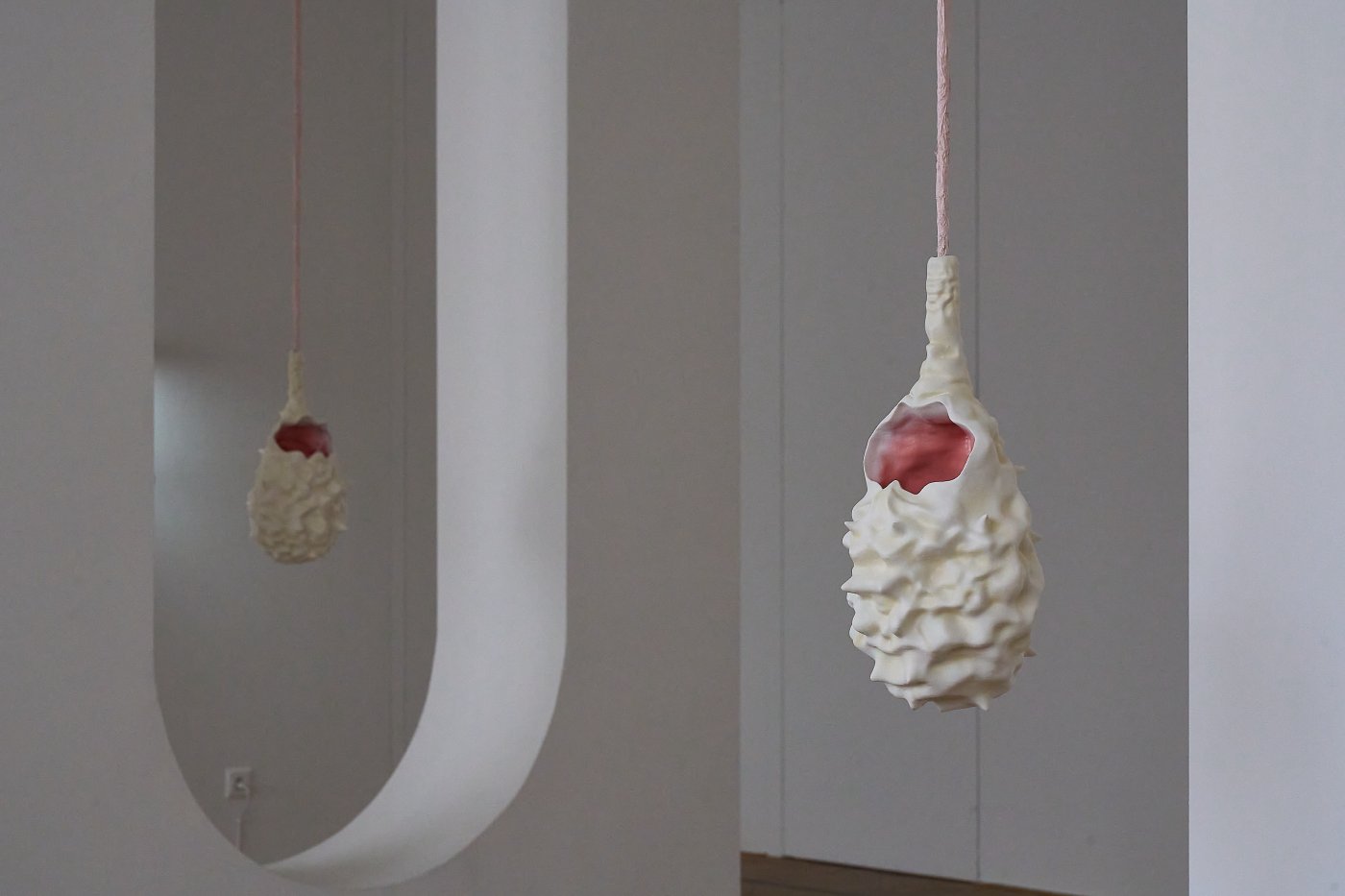 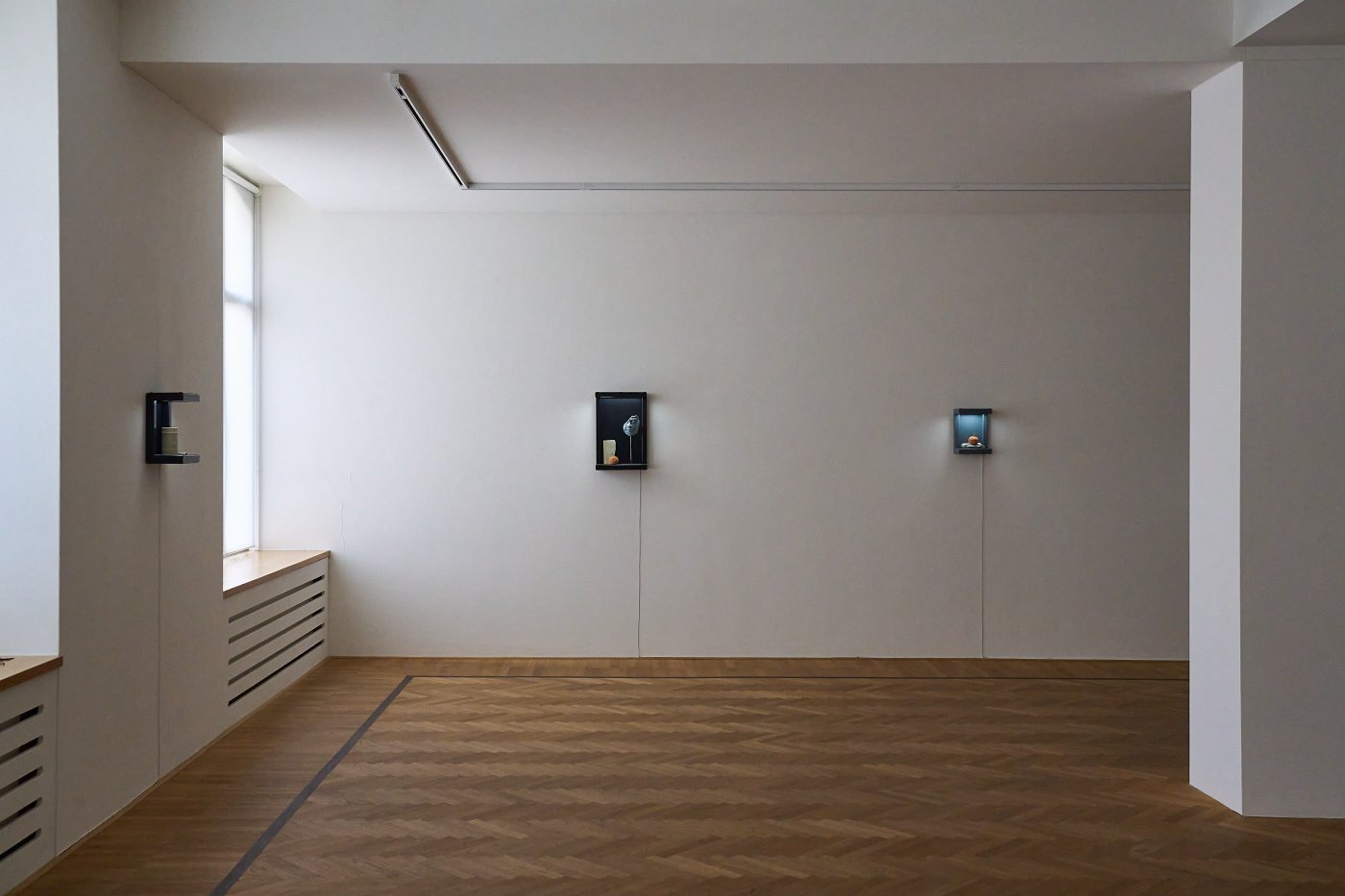 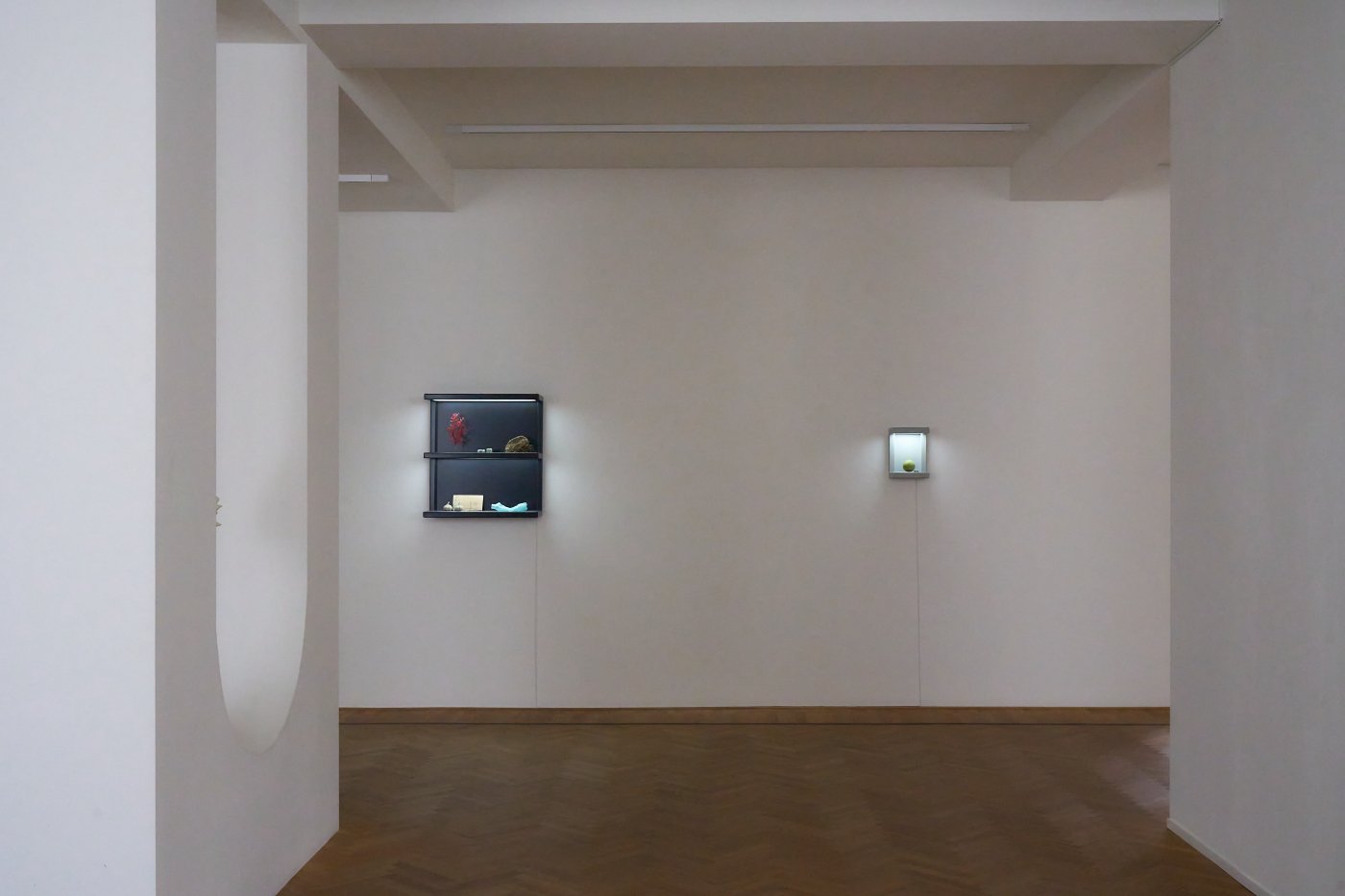 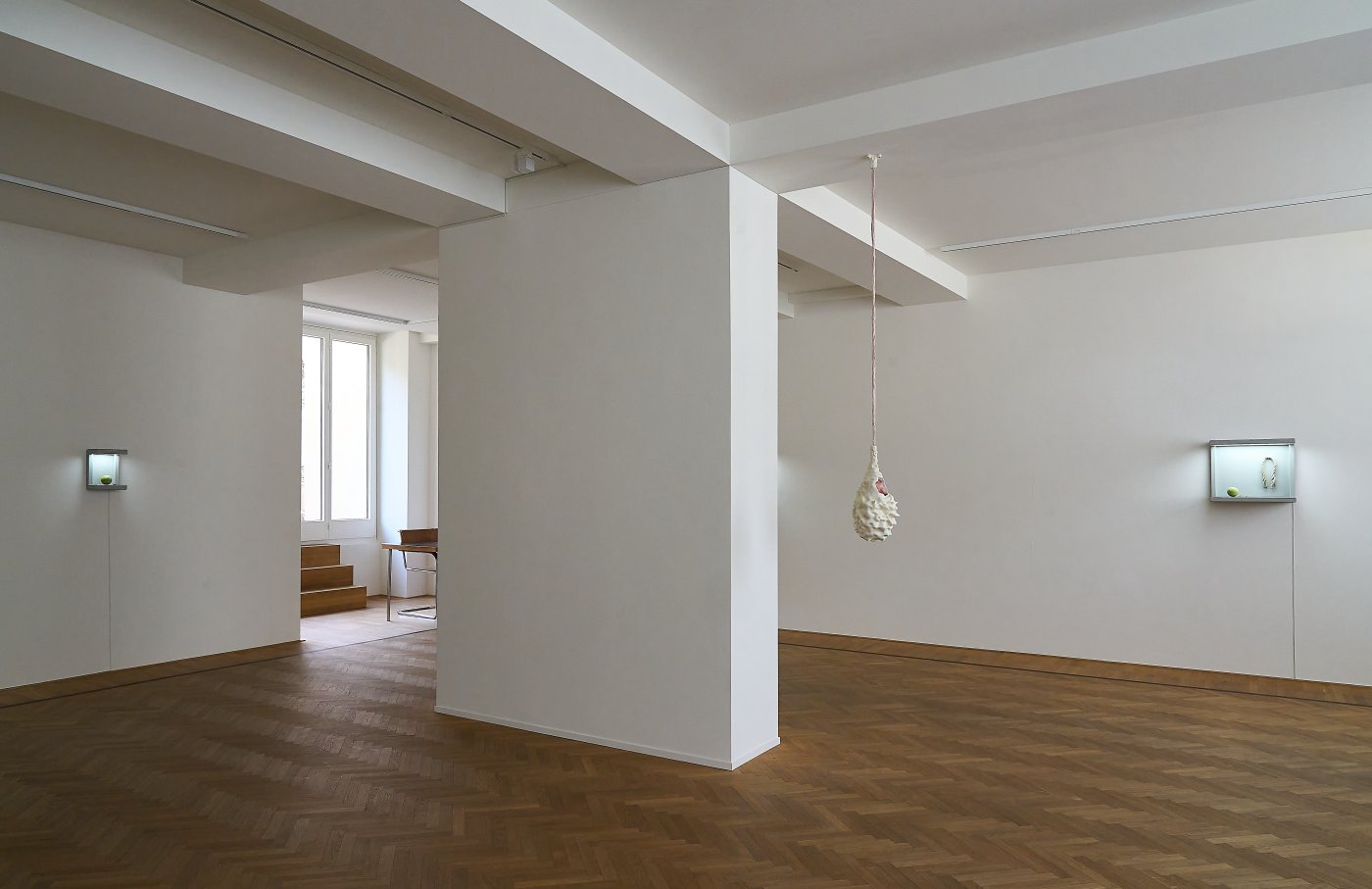 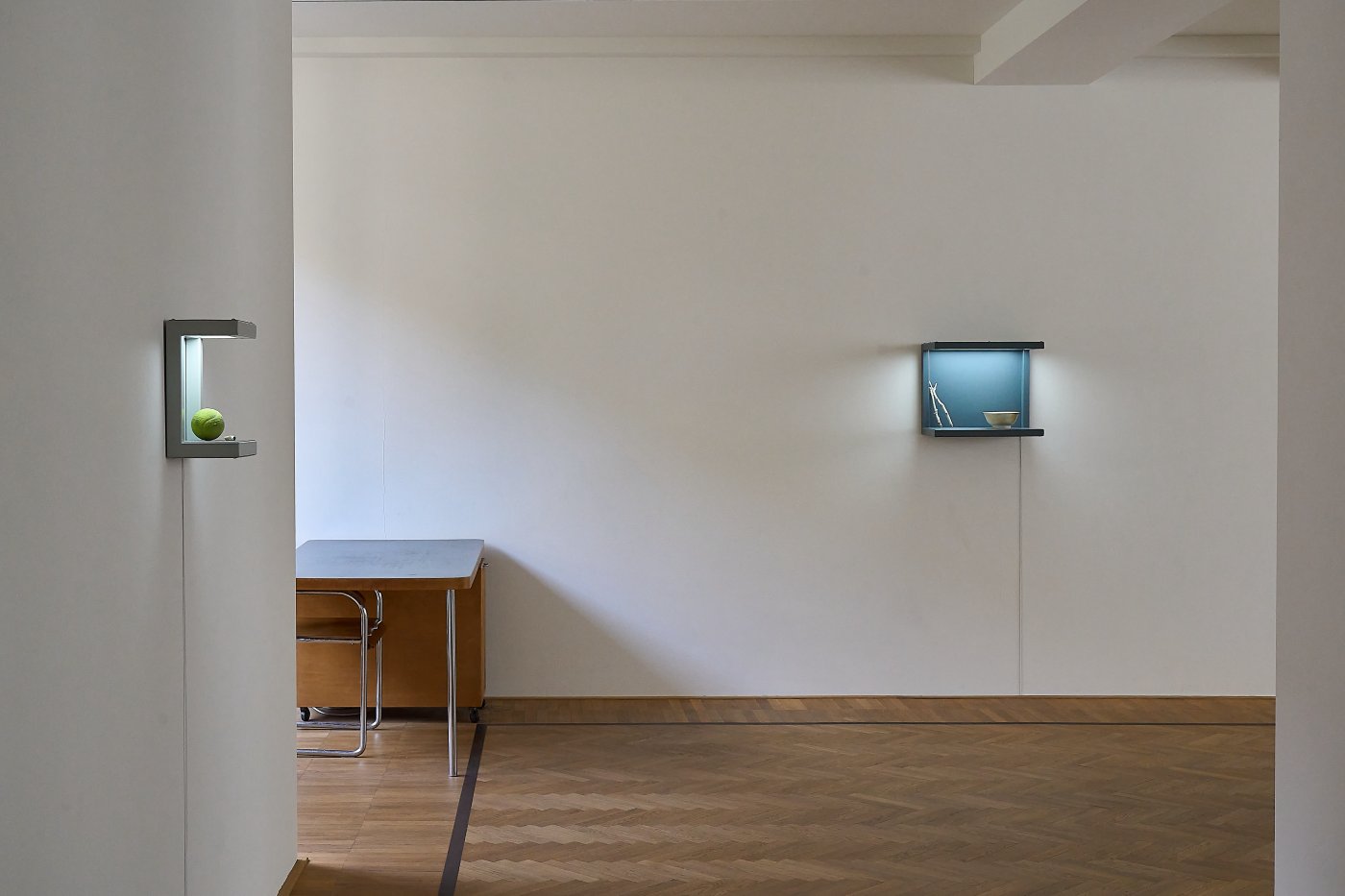 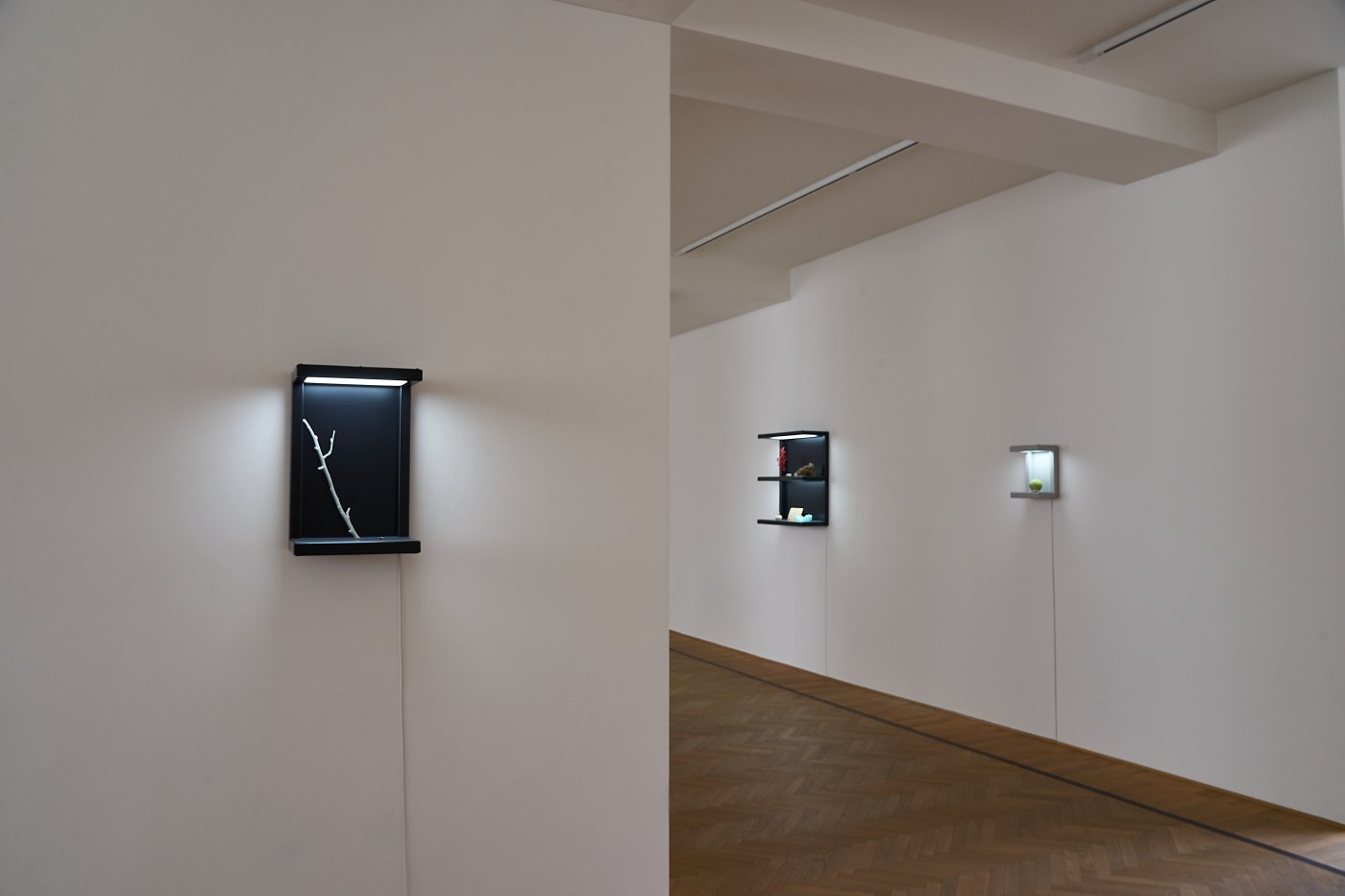 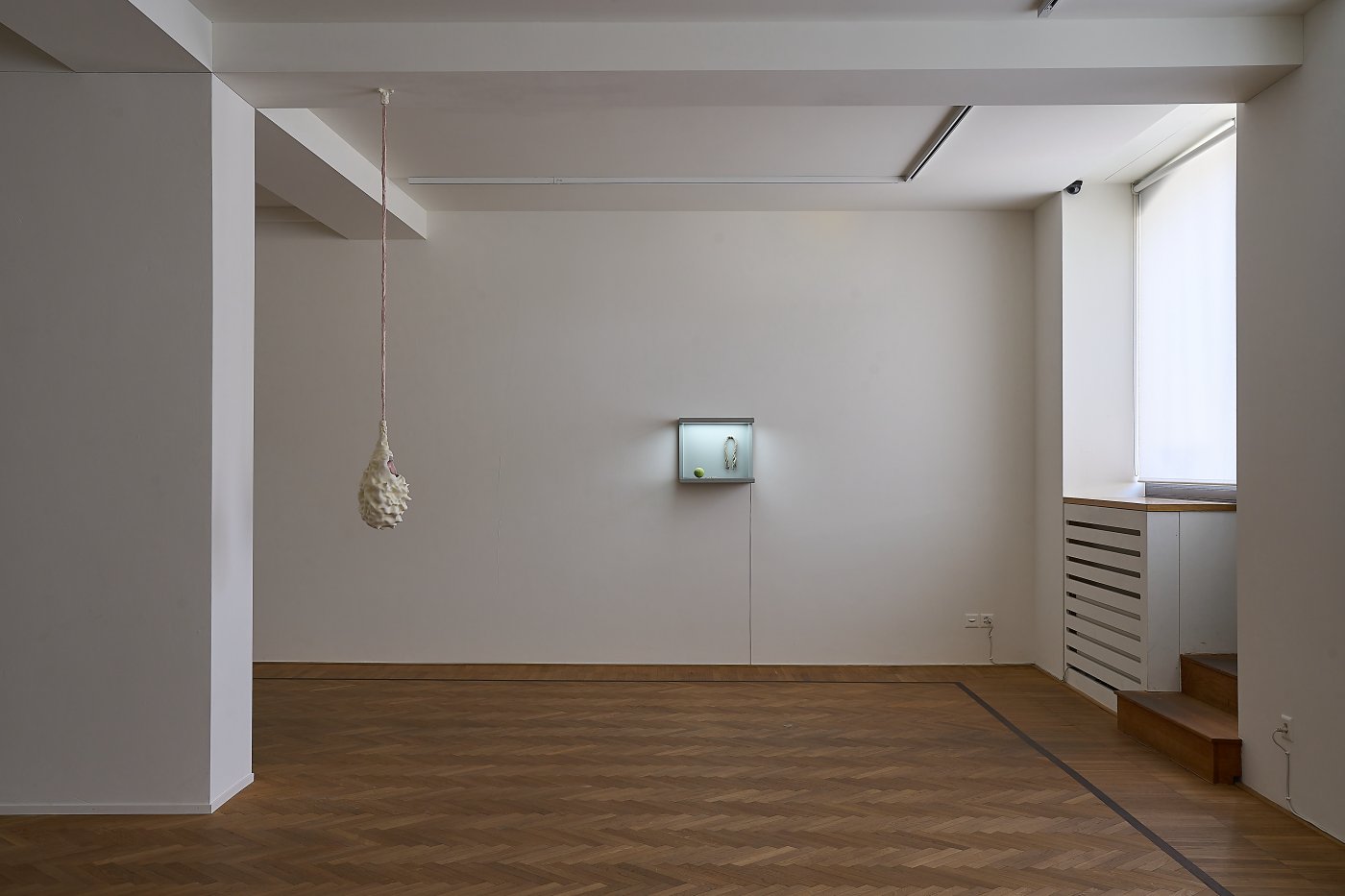 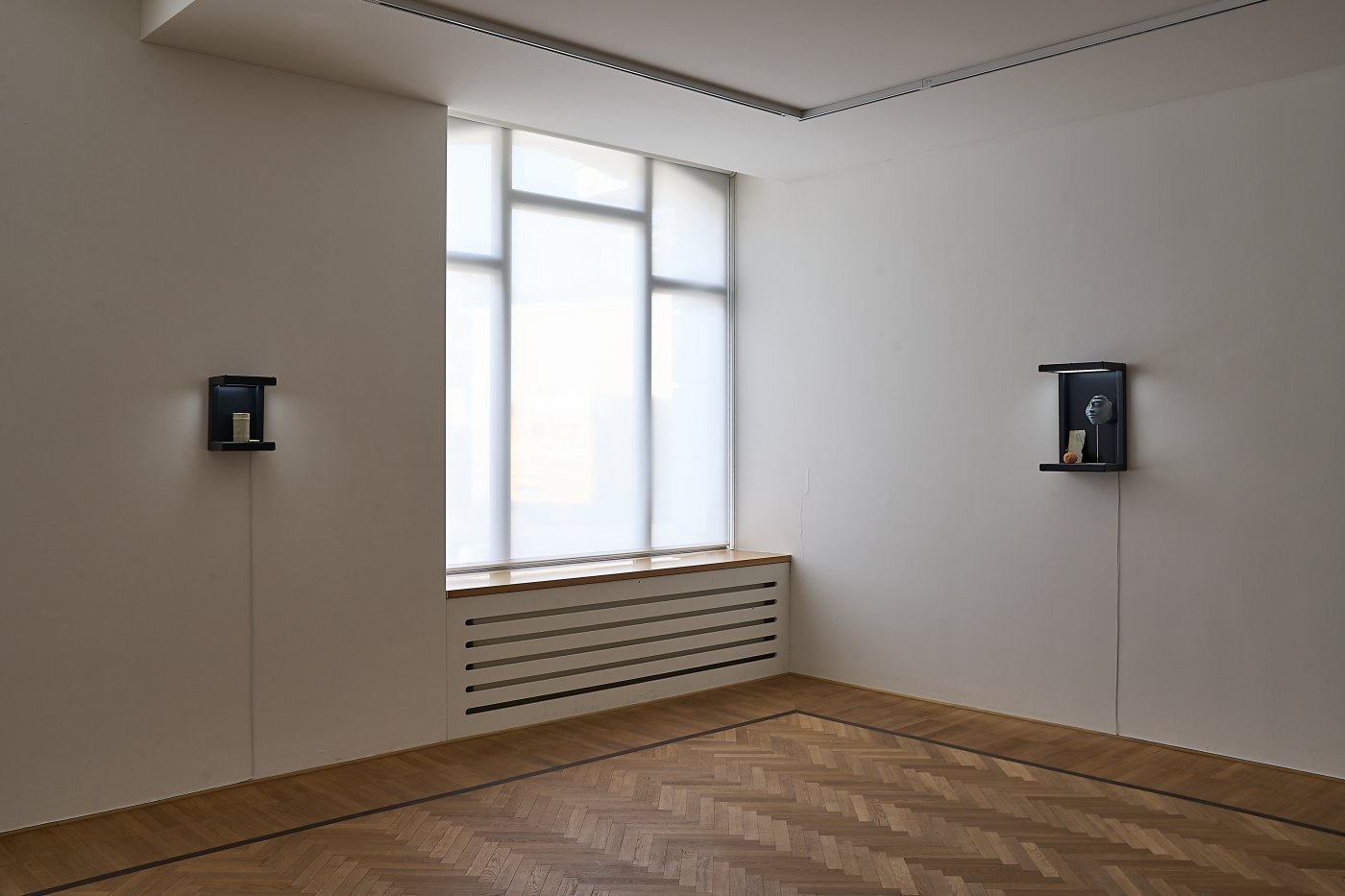 Seaward blends the old and the new from history, juxtaposing ancient cultural artifacts with hyper-engineered ones. The insidious authenticity of the fabricated objects is comparable to Deepfakes – eerily realistic looking Trompe-l’oeil objects that have been designed or distorted by artificial intelligence techniques. In a way they are physical manifestations of raw data – a convincing simulacrum of a series of 0s and 1s.

After studying painting at the Royal College of Art, UK, where he always had a particular focus on wall based sculpture, he began constructing framing devices in the form of vitrines and shelves on which those items are carefully curated.

Alleged antiques interact with perishable and decaying matter, organic waste and facsimiles. Orange peel and flies, pistachio shells, a microfiber flannel, pieces of cardboard, bird nests and crushed plastic water bottles. A 3D printed Egyptian fragment is taken from a scan of a granite head of Amenhotep III, circa 1300 BC, found at Christie’s.

The meaning of the real or reproduced objects is questioned. The depiction of inanimate objects is taken to extremes by adding additional symbols of transience. The vanitas theme is spun further here and not only illustrates a conflict between the Middle Ages and modernity, but also between the present and the future and shows the dichotomy between human humility and human self-confidence.

The act of observation, a peering into an object, is also investigated in a quasi-naturalistic manner in the form of three curious rendered nest-like forms hanging from the ceiling. Here Seaward explores the concepts of containment and display informed by the natural environment as opposed to display as a purely human category.

How ephemeral is a 3D print? What is lost, what is gained by reproducing a real object? What is the artifice? Placement creates meaning. What if you don’t know any longer what’s real and what’s fake? Who created the object you are looking at? What agency or aura does the admired still carry if you don’t know the answer to last question? Searching for answers in the collision between the inanimate and the mundane, Seaward reveals the mystique of its combinations and mixed meanings.

Courtesy of the artist and Fabian Lang, Zürich